Karthikeyan Murali scores 10.0/11 and wins 1st A S Subbaraman Memorial Trophy FIDE Rated Blitz on 15th August. Reigning National Triple Crown champion Aravindh Chithambaram scored 9.5/11 and he was placed second due to a better tie-break score. GM Vishnu Prasanna and India's one of the latest IM Rathanvel V S also scored 9.5/11, they were placed 3rd and 4th according to their tie-break score. The tournament was the brainchild of IM and India's first WGM Subbaraman Vijayalakshmi in the memory of her father who passed away 12 years ago on the very same day. Total 468 players participated from all over the country including 8 GMs, 3 WGMs and an IM. Sasikiran, Aruna Anand and Murali Vijay were among the most celebrated guests who graced the event. Photo: Queens Chess Academy

GM Karthikeyan Murali wins 1st A S Subbaraman Memorial Trophy FIDE Rated Blitz tournament with a score of 10.0/11. He suffered only one loss against the eventual second runner-up of the tournament GM Vishnu Prasanna V. 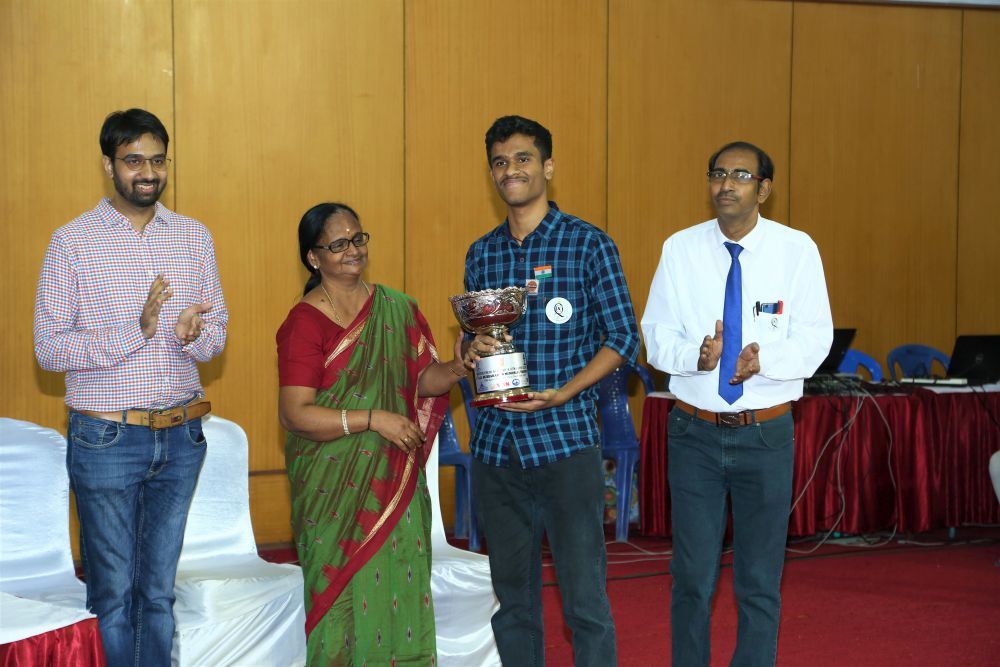 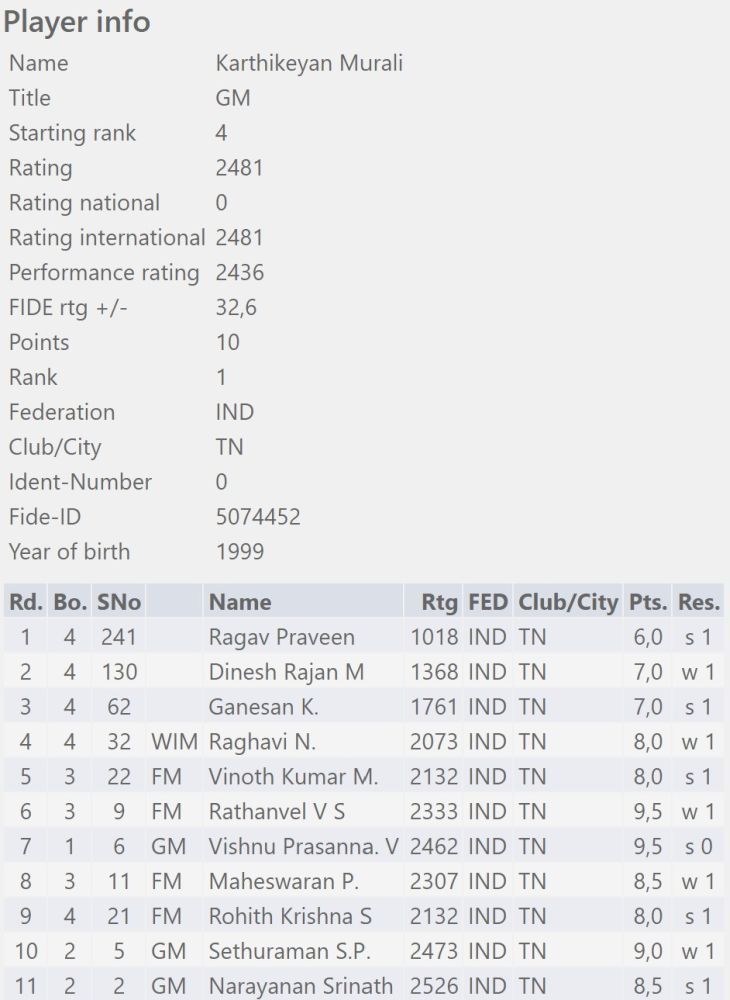 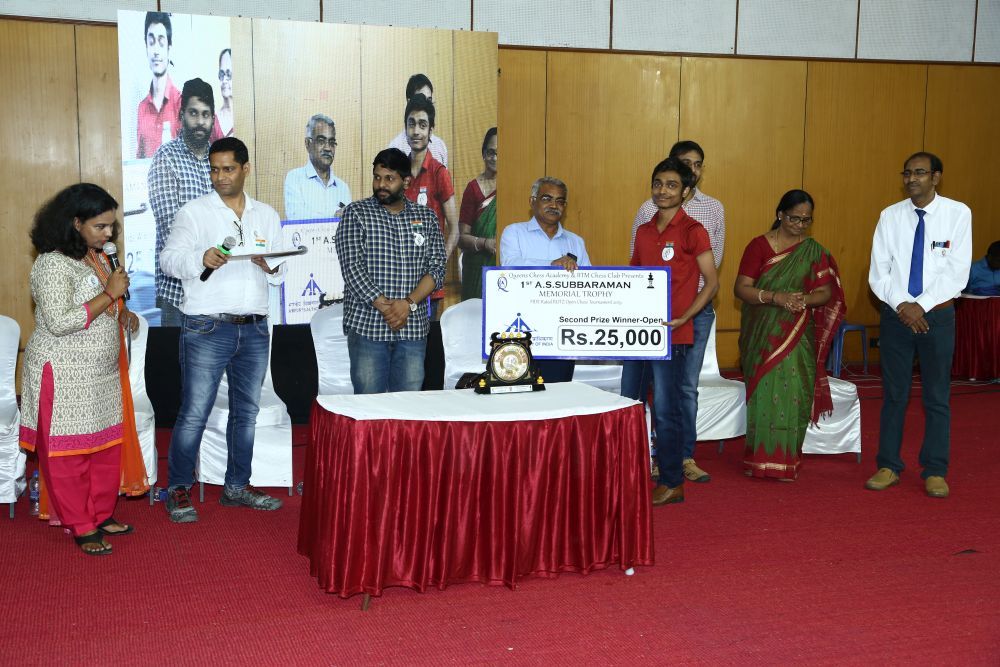 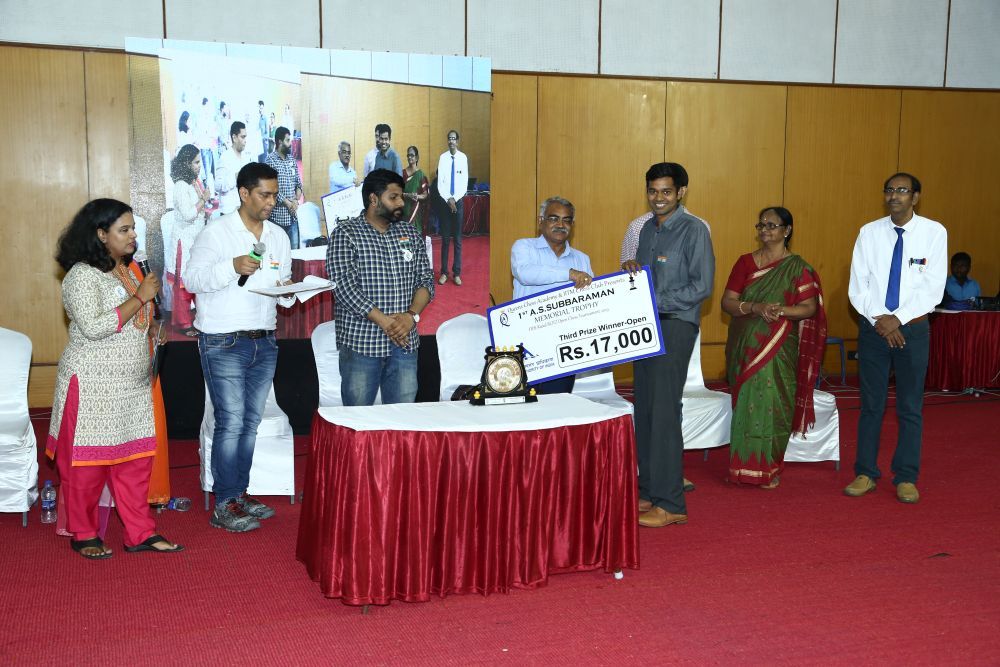 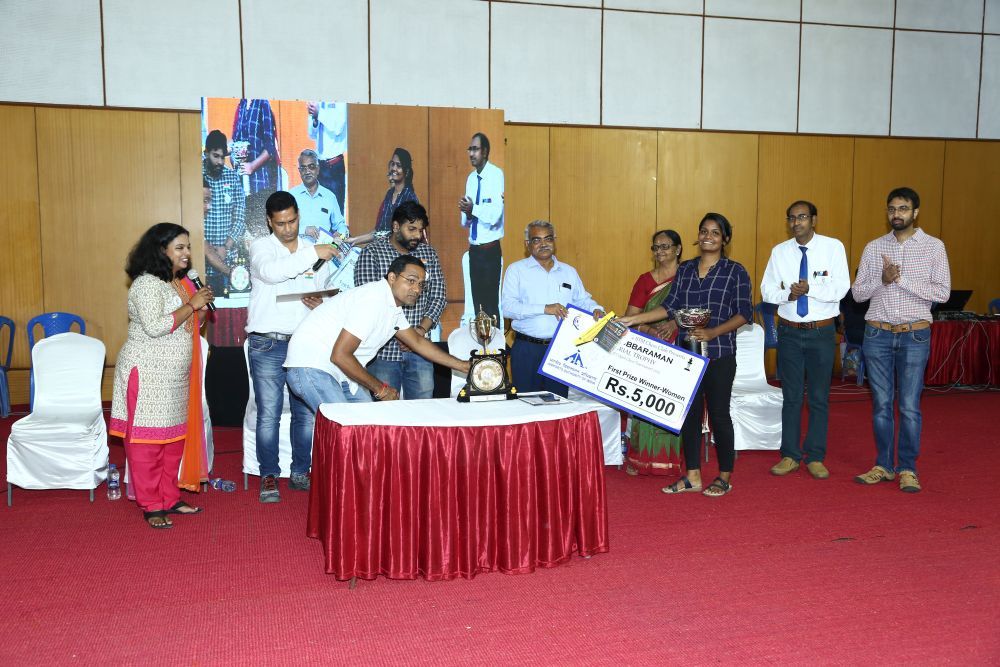 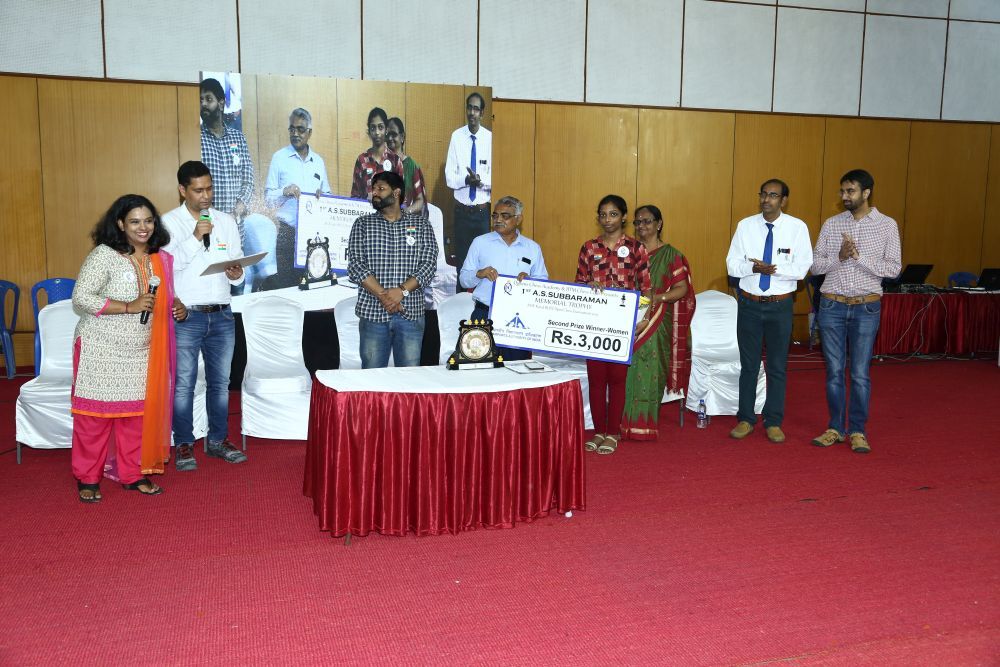 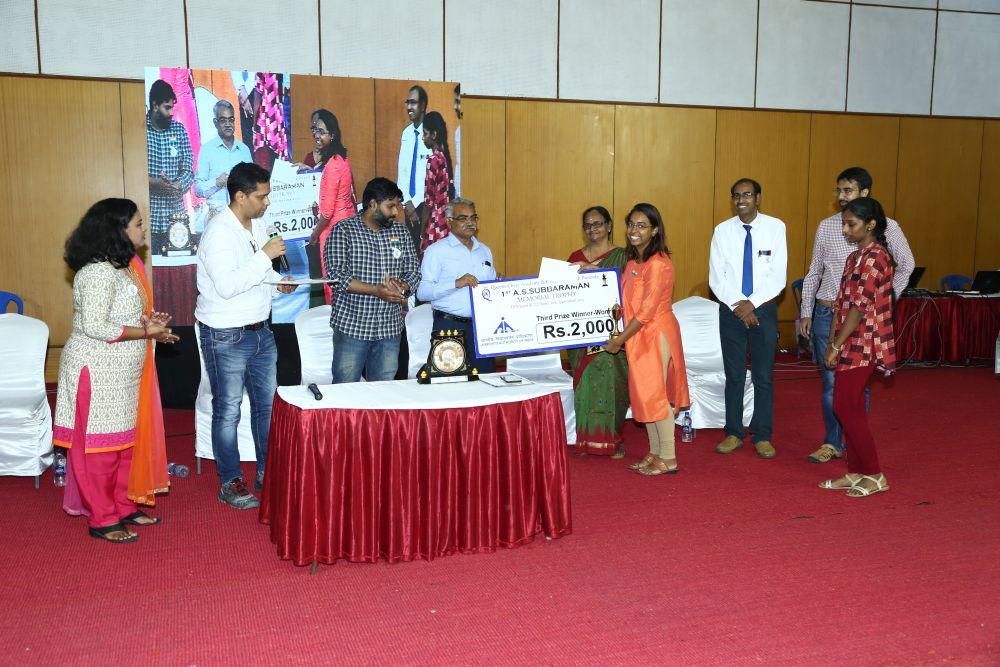 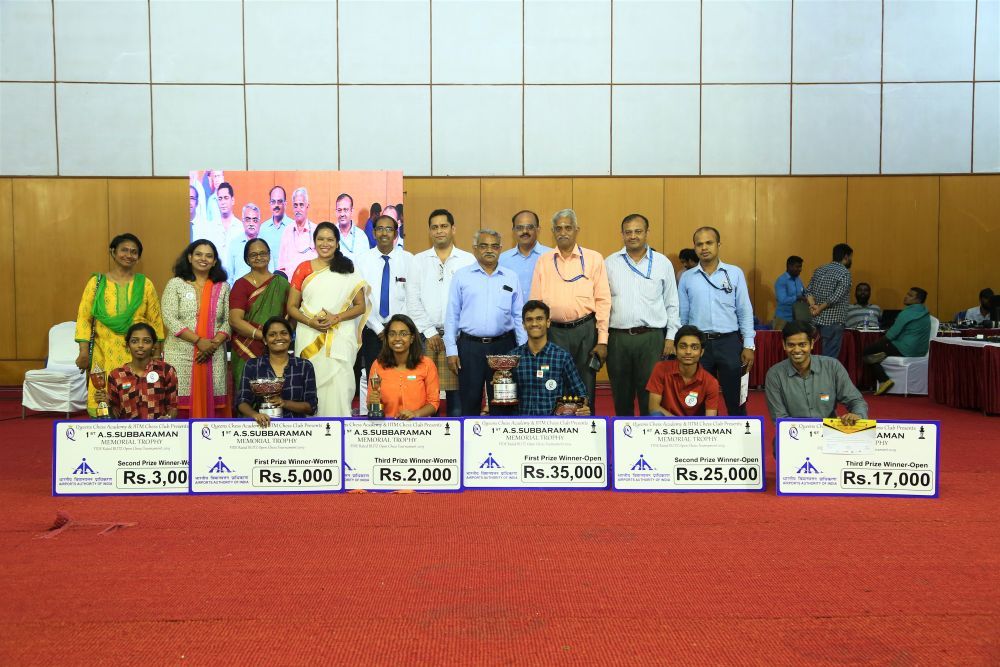 A S Subbaraman - a visionary man

India is commonly known as the Birthplace of the magnificent mind game of Chess, but the game was not very popular in India in early 1980's and before. Women's chess was lacking behind even more so. But the situation was about to change. In a modest flat in the KK Nagar suburb of Chennai a family of five with three daughters and parents lived. The father A S Subbaraman was working as an engineer in PTC, the local Government Transport Corporation. He decided to teach his elder daughter Vijayalakshmi who was 3.5 years at that time the game of chess. 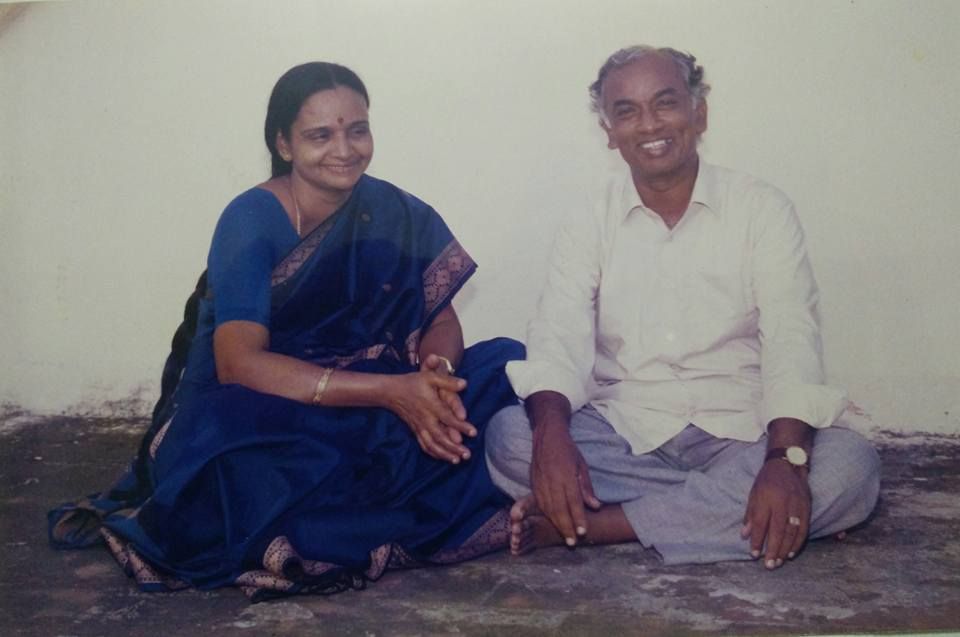 It was unheard off during those days. There was no support for chess from anywhere those days. Both father and daughter used to travel every day to Tal Chess Club, the meeca of chess those days which was quiet far from their house to play blitz games and learn from senior players. After that the father and daughter duo started playing chess day and night, travelling to different tournaments in the state and other parts of the Country. The girl won everything which came her way due to the hard work put in by her and the father. She won all the age group national titles of India starting from under-10 category and went on to win Six National senior titles which is a record till date. 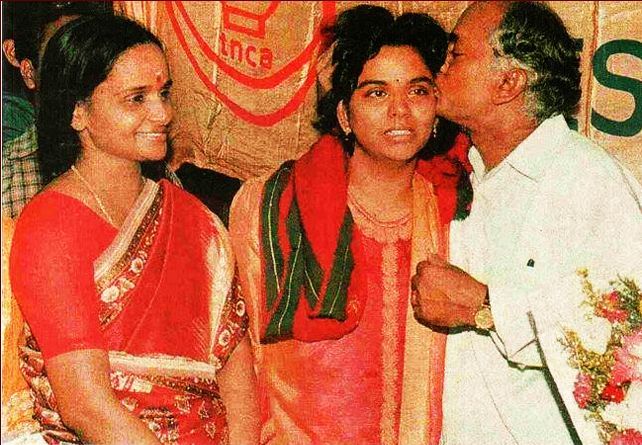 In the year 2000 she became the First ever Women Grandmaster (WGM) of India thereby creating history. The Government of India honored Viji with the prestigious Arjuna Award in the year 2001 for her path breaking record. Viji then went on to become the men's GM elect in the year 2007 by scoring three GM norms which was a huge achievement at that time and also by today's standards. She also scored silver medal on top board in two Chess Olympiads at Bled and Istanbul which is also a record till date. All this was possible only because of sacrifices made by her father Subbaraman who was her only coach and guide. The vision of that man made it possible for Viji to become the trailblazer in Indian Women's Chess. 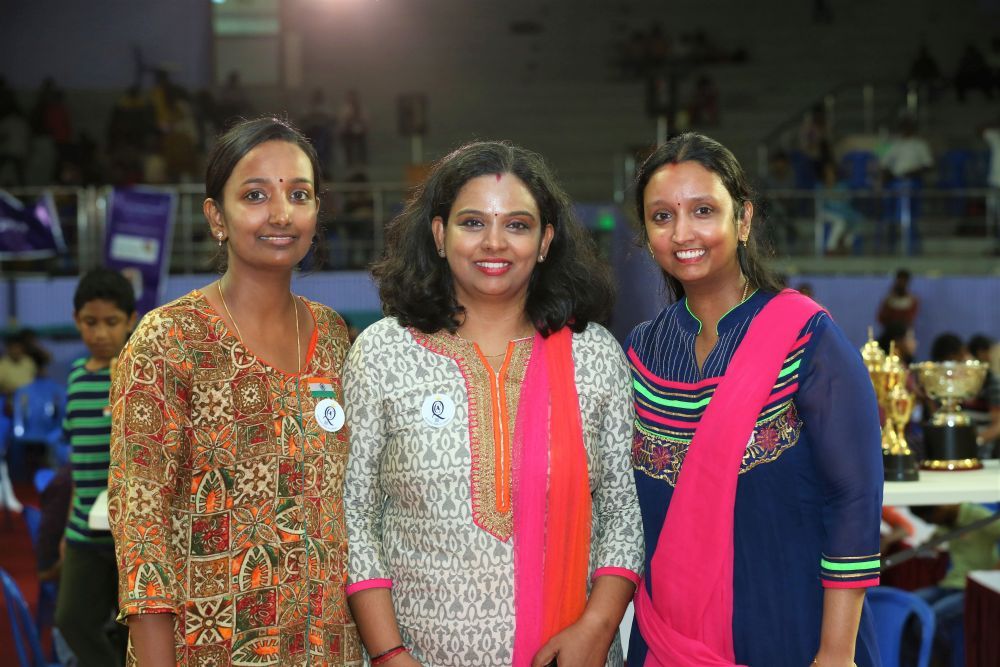 Everything came to a standstill for Viji on August 15th 2007 when Subbaraman suffered a massive Heart attack and passed away. The great man chose the historical day of 15th August to say goodbye to the world. Viji almost left playing chess after that day and only returned to play sporadically after a few years. 12 years after he was gone an idea took shape to conduct a Tournament in the memory of the man who gave India its First Woman Grandmaster. Nowadays Chess is booming in India with more than 90000 registered Chess players, 64 Grandmasters, 9 WGM's and many other title holders, and a huge credit is due to visionaries like A S Subbaraman who thought it was possible to create champions in Chess half a century ago! Sasikiran was one of the guest in the tournament | Photo: Queens Chess Academy

The one day Blitz Rating Tournament which carried the impressive prize fund of ₹1,60,000/- attracted a total of 468 players from different parts of the country. This was a very encouraging response from the players considering the fact that the tournament was officially announced only on August 3rd which is just twelve days before the start of the tournament. The players list included a very impressive 8 GM, an IM, 3 WGM, and 3 WIM's. The top seed of the tournament was the current National Champion in all three formats (Classical, Rapid and Blitz) Aravindh Chithambaram along with super GM's SP Sethuraman and Karthikeyan Murali and many other strong grandmasters. India's super coach RB Ramesh was also playing in the tournament and this was his first appearance in any Indian tournament in more than 10 years. Current Indian women champion WGM Bhakti Kulkarni along with WGM R Vaishali, sister of the wonder boy GM Pragnnanandhaa were other star players of the event. 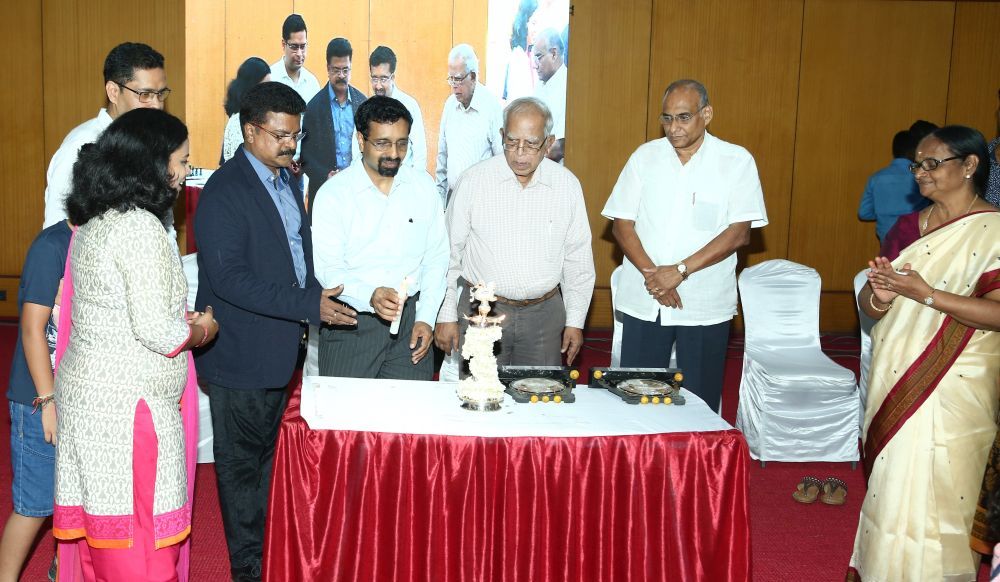 The Tournament was inaugurated by FIDE Vice President Mr. D.V.Sundar in the presence of India's First International Master & Arjuna Awardee Mr. Manuel Aaron, Mr. Benny Rafael, IITM Sports Advisor, Mr. Gopi the very famous RJ of Suryan FM, Mr. E.K.Dhilipkumar of DIPA Diaries and the Mrs. Rani Subbaraman, Chairman of Queens Chess Academy. After the inaugural addresses of all the guests, the traditional lighting of the lamp took place, post which the tournament games started with a 15 minute recess. 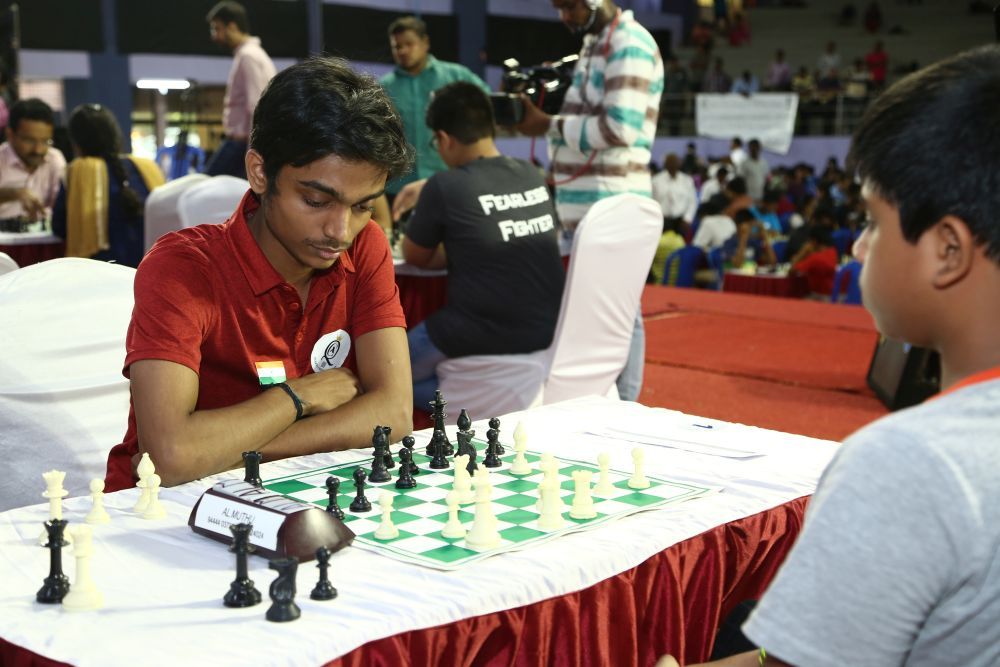 The tournament started smoothly for top seeds and GM Vishnu Prasanna raced to the first sole lead of the tournament by scoring seven wins in the first 7 rounds. He drew the 8th round with GM Shyam Sundar to maintain his sole lead with 7.5 points. 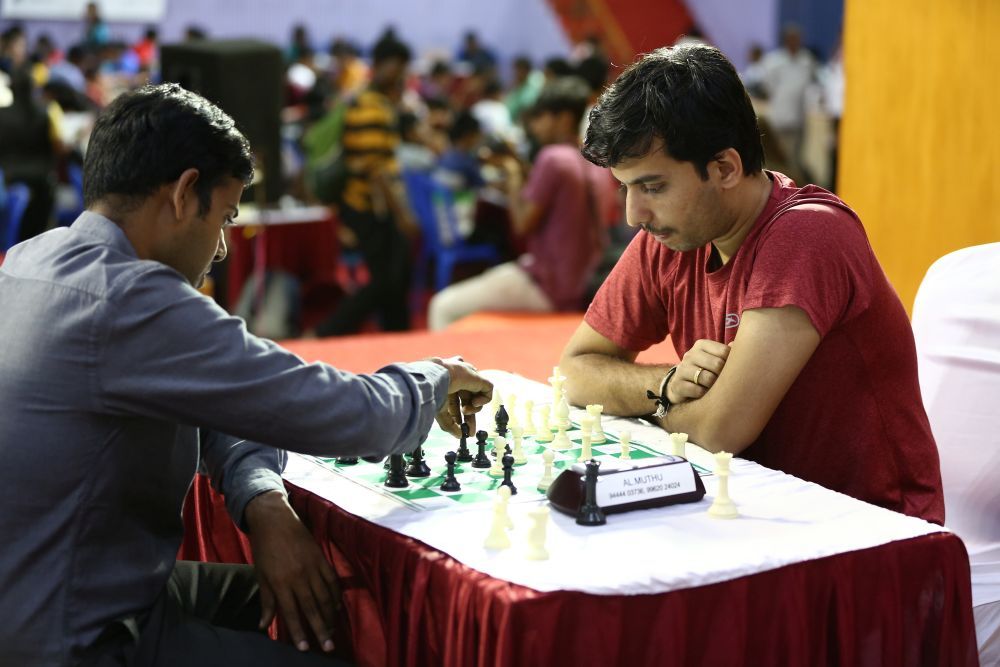 In the 9th round Vishnu Prasanna defeated GM S.Kidambi in a crucial game on the top board to maintain his sole lead with 8.5 points. 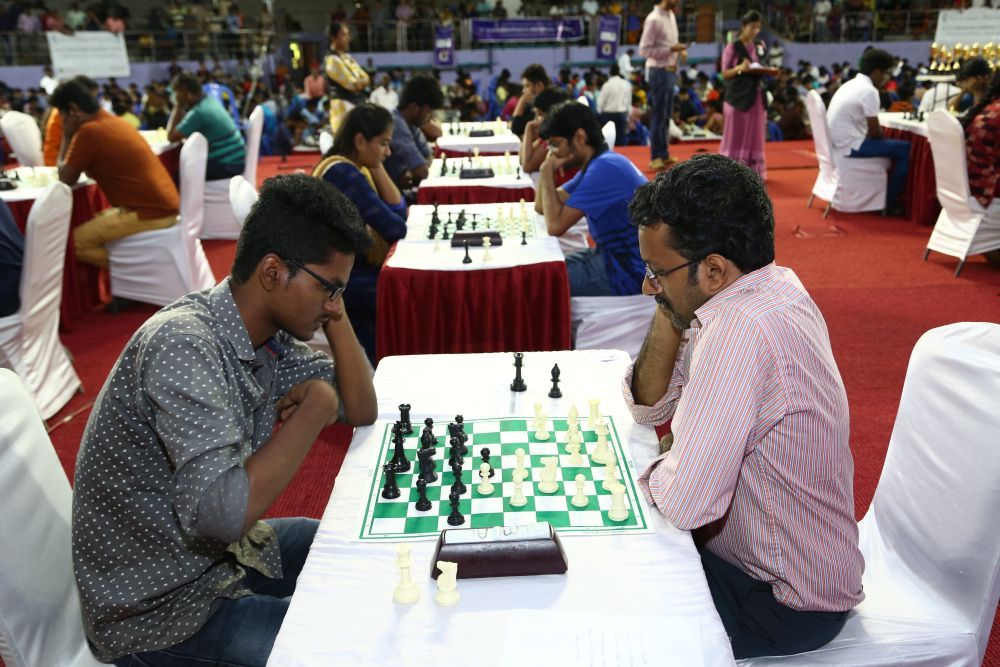 GM Sundararajan Kidambi was in the title fray till round 8 | Photo: Queens Chess Academy 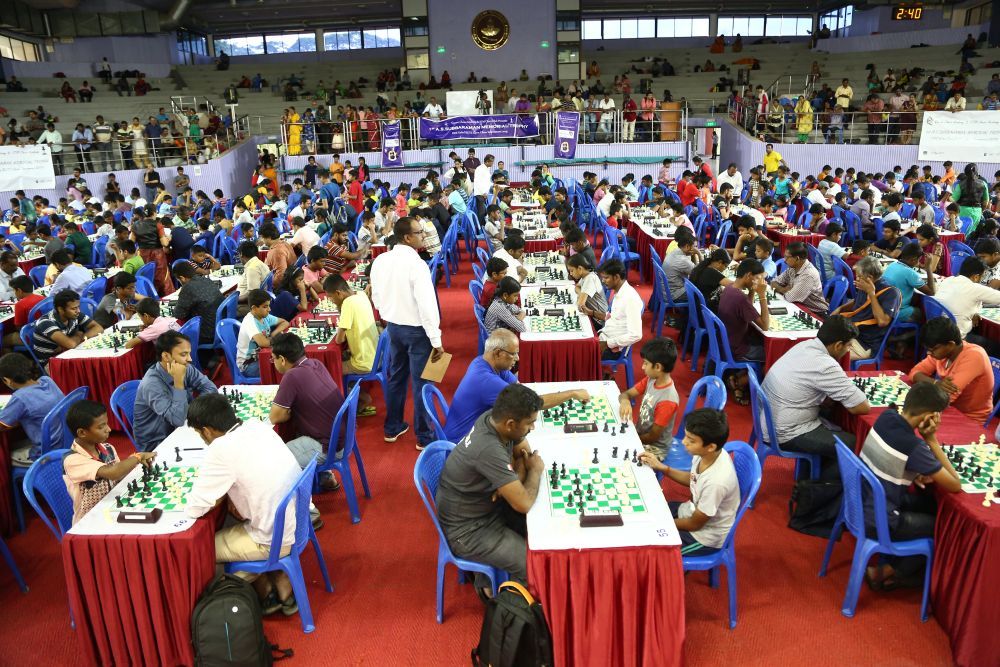 The playing conditions of the tournament were of International standards, which is what was promised by the organizers in their website. All the rounds started on time which is a big thing considering the huge number of participants. The arbiter’s team led by IA Ravi Kumar did a commendable job in this regard. There was live commentary of the games in every round by GM Sriram Jha & WGM Meenakshi. 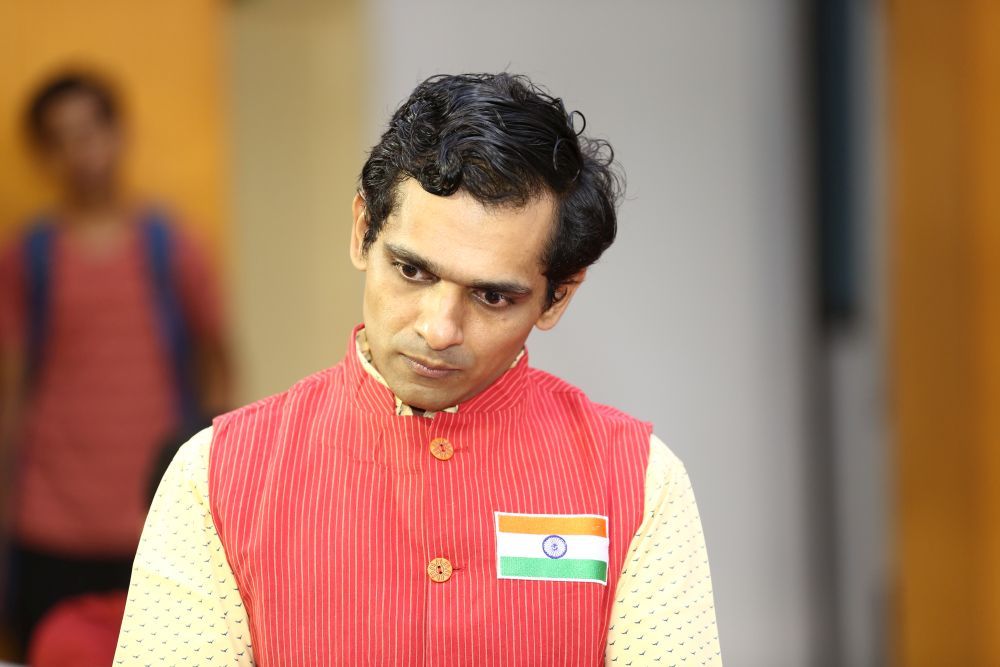 They were also joined by GM Sasikiran for commentary in one of the rounds. The huge Air Conditioned Hall provided by IITM, Chennai proved to be an excellent venue for the tournament. Even the Chess parents had ample space to sit in the air conditioned tournament Hall which is not a common sight these days. All the participants were given unlimited snacks and Tea / Coffee during the entire day of the tournament and this was a big hit among the players. 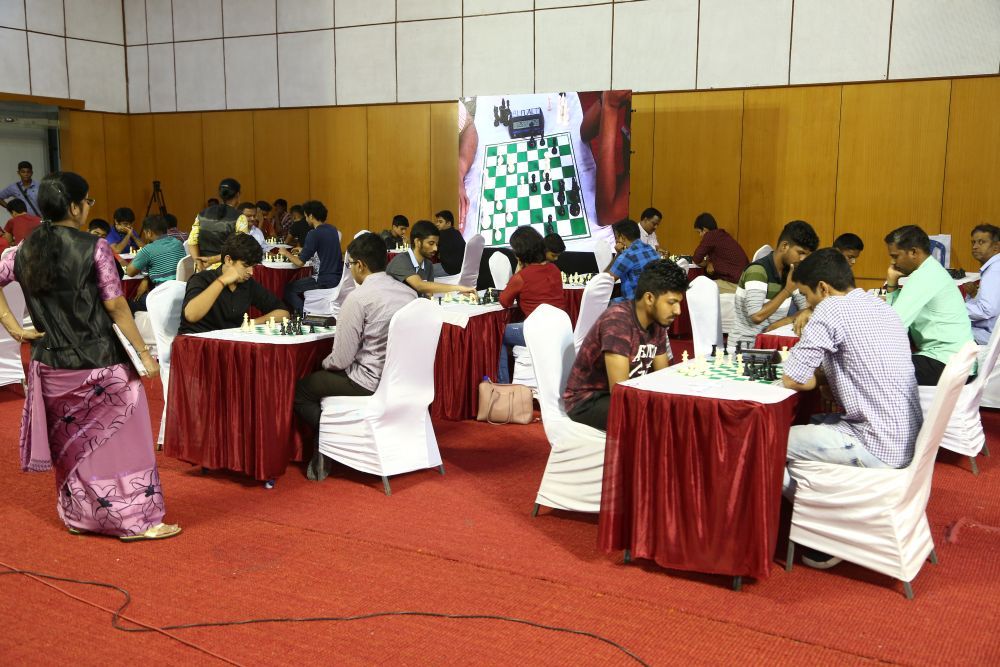 The players were introduced to many celebrities during the course of the tournament day who were invited to inaugurate the important rounds (matches). Indian cricketer Murali Vijay was a big hit among the participants who came as chief guest to inaugurate one of the rounds. 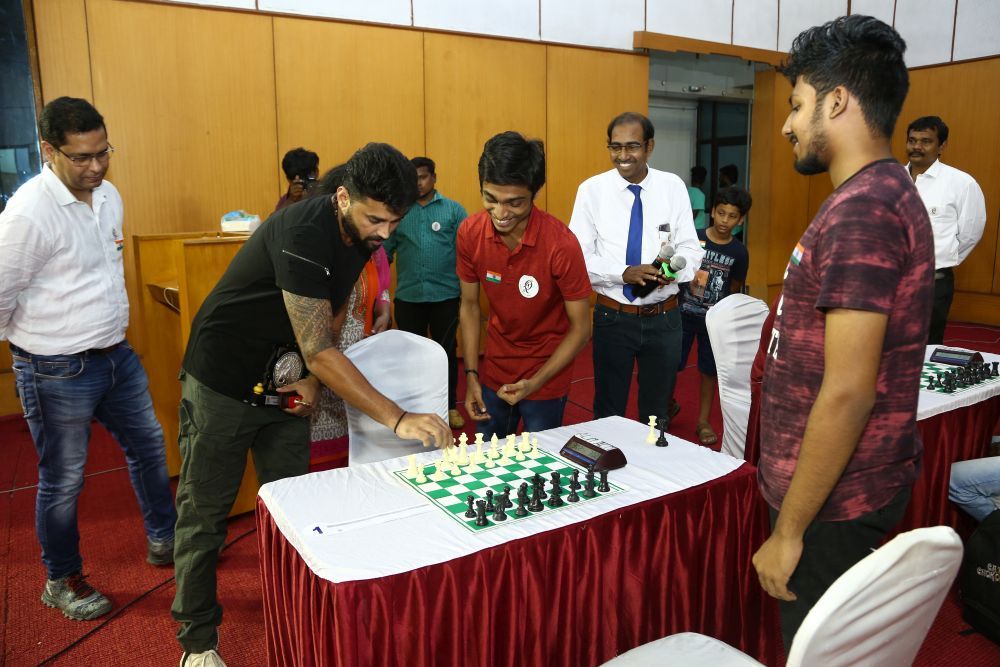 He was thronged by autograph and selfie seekers and it took him almost 45 minutes to come out of the tournament venue. 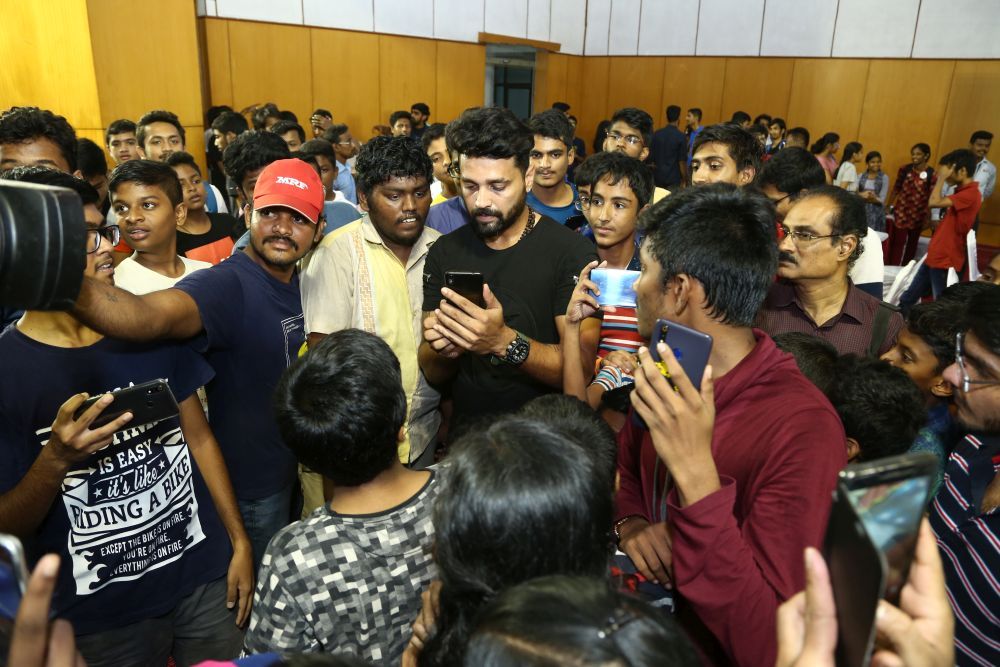 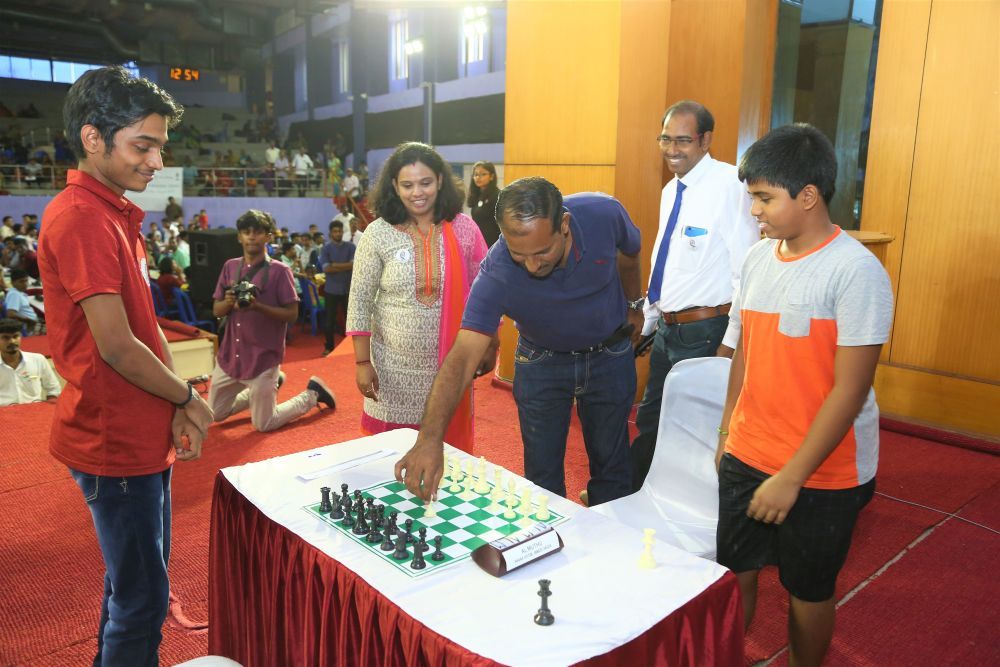 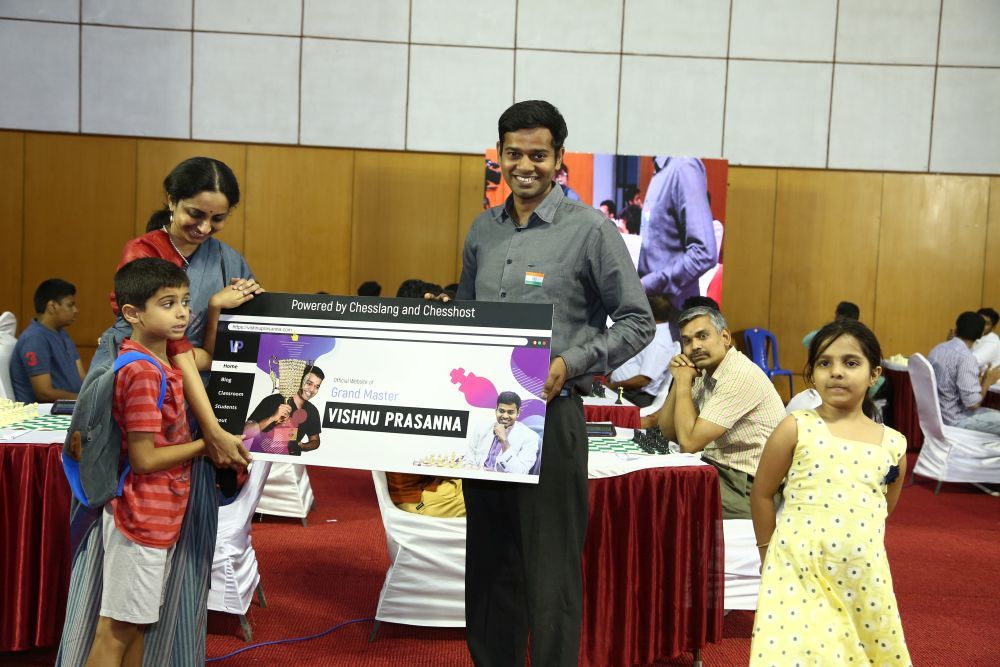 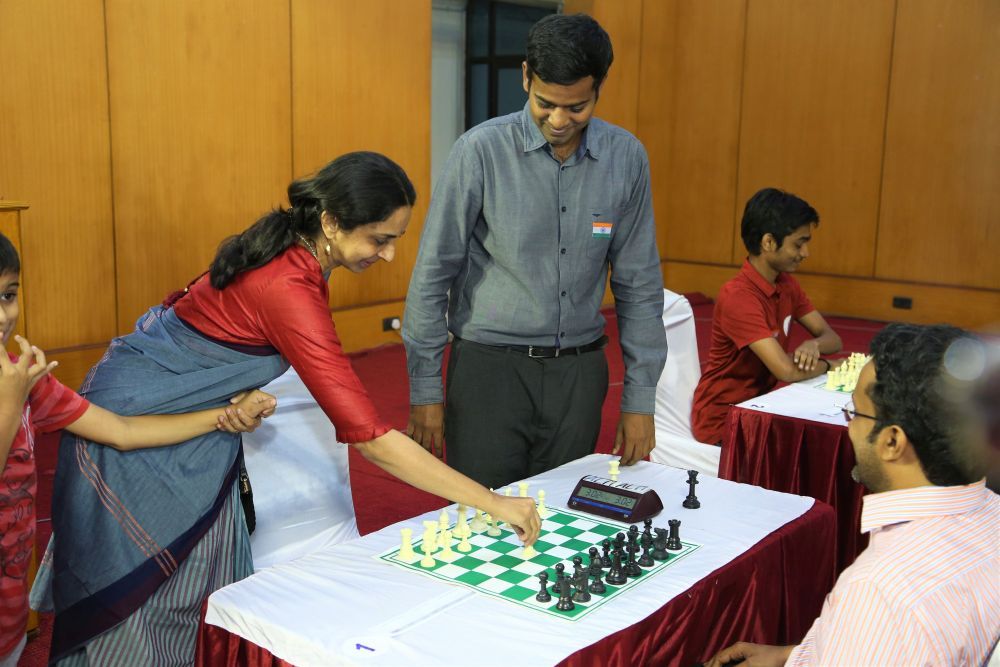 Aruna also inaugurated round 9 by making the first move on the top board between Vishnu and Kidambi | Photo: Queens Chess Academy

The Chief Guest in the closing ceremony was Mr. S.Sreekumar Airport Director, Chennai Airport from Airport Authority of India (AAI). Mr. S.Arun, the CEO of Chess Host and Mr. Narayanan of Purple Stream were the Guest of Honors. The winners trophy in both the section was sponsored by Mrs. Rani Subbaraman. Winner of the Tournament GM Karthikeyan was awarded a glittering trophy along with the cash prize of Rs. 35,000/-. The women's First prize winner Saranya Y was awarded the special Rani Subbaraman Trophy along with the cash prize. The top three winners were awarded trophies along with the cash prizes. Trophies were also given to top three prize winners in under – 9, 11, 13 and 15 in both Boys and Girls section. There were also trophies awarded to Best 3 IITians, Best 3 Women, Best 3 Veteran and unlimited trophies to participants born in the year 1948 which is also the year of birth of Mr. A S Subbaraman.

Reigning National Women's Champion and one of the latest IMs of the country Bhakti Kulkarni participated in the event | Photo: Queens Chess Academy

The entire tournament along with the Opening and Closing ceremony was live streamed on http://www.purplelive.com/chennaichessblitz. The entire recording of the whole day proceedings of the tournament will be available for next six months on the above mentioned link. The tournament attracted an impressive list of sponsors primarily due to the efforts of the Tournament Director S.Vijayalakshmi. IIT Madras provided the fantastic fully Air conditioned venue. Given the short time in which the tournament was announced it was a big achievement of the organizers to garner support of so many high profile sponsors. 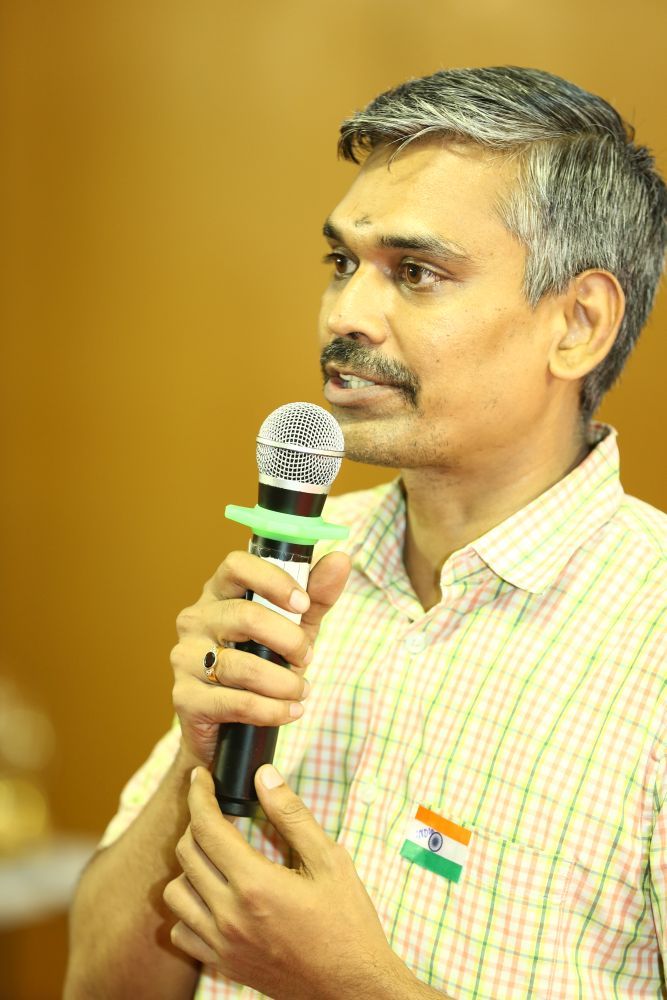 Even before the event started, many of the Strong Grandmasters including our very own Anand, had some nice words to say about Viji and her father. All the players and parents had a positive feedback about the tournament. The tournament was unanimously hailed as one of the best organized in the recent times. GM R.B.Ramesh during his feedback speech on the dais hailed it as one of the best organized tournament that he has played. The same sentiments were shared by GM S.Kidambi on his Facebook page. The goal of the organizers led by WGM S.Vijayalakshmi was to give an International level tournament to the players and we hope we have achieved success towards that end. 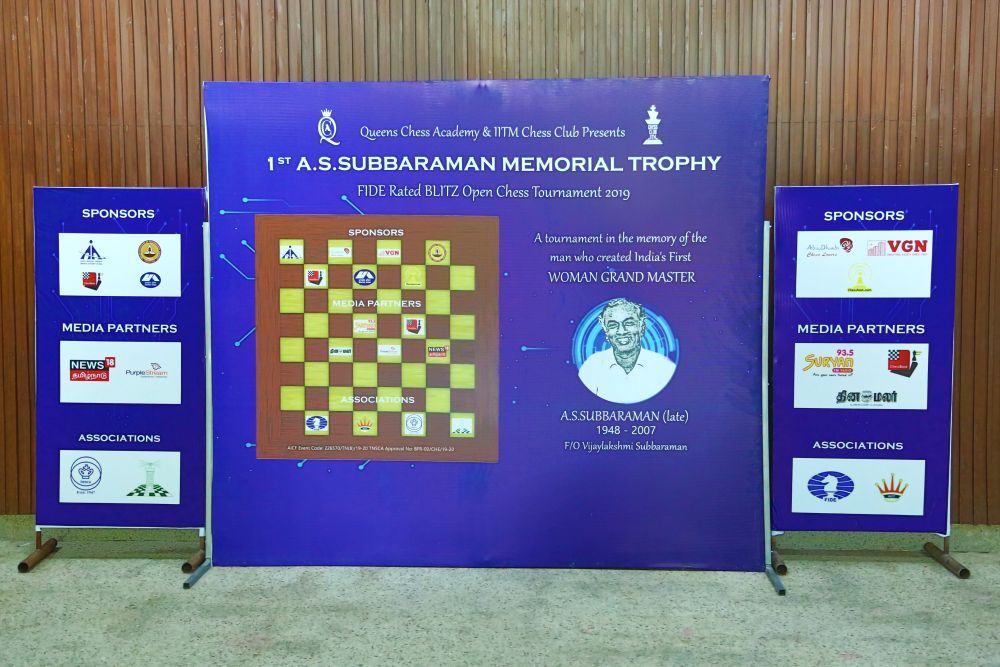 The Sponsors of the tournament | Photo: Queens Chess Academy