The Superbet Rapid and Blitz is taking place from the 6th to the 10th of November 2019. It is Europe's latest addition to the Grand Chess Tour this year and is featuring the seven full tour participants along with three wildcard entries who will compete over nine rounds of rapid and eighteen rounds of blitz chess for an impressive prize fund of 150,000 US Dollars. Sponsored by the Fundatia Superbet, the event is being hosted in the prestigious Stejarii Country Club in Bucharest, Romania. In this page you will find all the information regarding this tournament at a glance and will be able to follow the games live with timely updates. 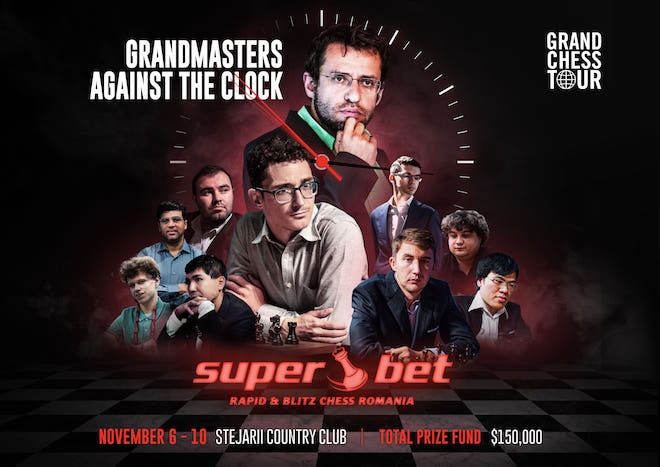 The Superbet Rapid and Blitz is the 6th stage of this year's Grand Chess Tour which is a series of eight events in which the world's best players compete for a total prize fund of 1.75 million US Dollars. Seven of the twelve tour regulars, namely Fabiano Caruana, Anish Giri, Shakhriyar Mamedyarov, Vishy Anand, Levon Aronian, Sergey Karjakin, and Wesley So are participating in this event and they are joined by the three wildcards -  Vladislav Artemiev, Le Quang Liem, and Anton Korobov. 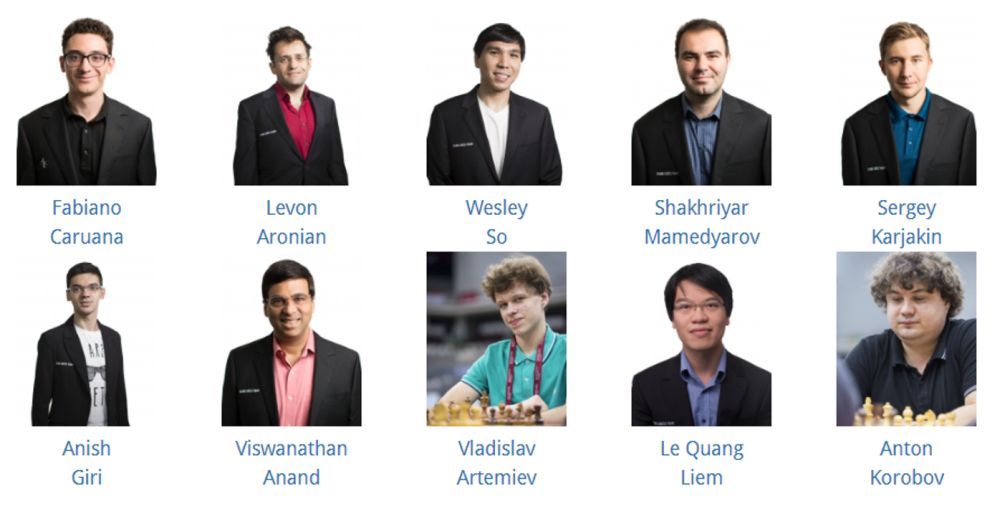 Format of the event

The ten players will indulge in nine rounds of rapid and eighteen rounds of blitz games over five days. The rapid event is a single round-robin and features three rounds per day on the first three days, with a time control of 25 minutes for all moves and a 10-second delay from move one. The final two days are scheduled for eighteen rounds of blitz which will be a double round-robin following a time control of 5 minutes for the entire game plus 3-second delay from move one. Rapid games count double, with two points being for a win and one for a draw.

The total prize fund of the event is a whopping 150,000 US Dollars as already mentioned but more importantly the players in this event will compete for one of the four key qualifying spots to the GCT Finals to be held in London.

Note: To know the corresponding Indian time just add 3 hours and 30 minutes to the timings given above.