Superbet Rapid and Blitz: Aronian is the champion, Vishy steals the show on final day

Levon Aronian emerged as the champion of Romania Grand Chess Tour Superbet Rapid and Blitz 2019 and with that clinched his second tour victory of the year. The Armenian is therefore now in the optimal position to qualify for the London finals. Vishy Anand too pulled off a power packed performance in the last day of the event to finish third, just half a point behind Aronian and Sergey Karjakin. The Madras Tiger remained unbeaten in the concluding blitz rounds and scored three important wins against Fabiano Caruana, Shakhriyar Mamedyarov, and the in-form Anton Korobov. In this final report we bring you the glimpses of all the action through photos, games, analyses, and much more.

The Romania Grand Chess Tour Superbet Rapid and Blitz 2019 ended yesterday in a tie between Levon Aronian and Sergey Karjakin. Although the GCT points and prize money were split between the two leaders but a play off consisting of two 10-minute games was instated to decide the ultimate champion of the tournament. The first of the two games ended in a draw and in the second one it was Aronian who came out on the top after a short 27-move tactical skirmish. The 37-year-old Armenian was thus crowned as the winner of the grand event. 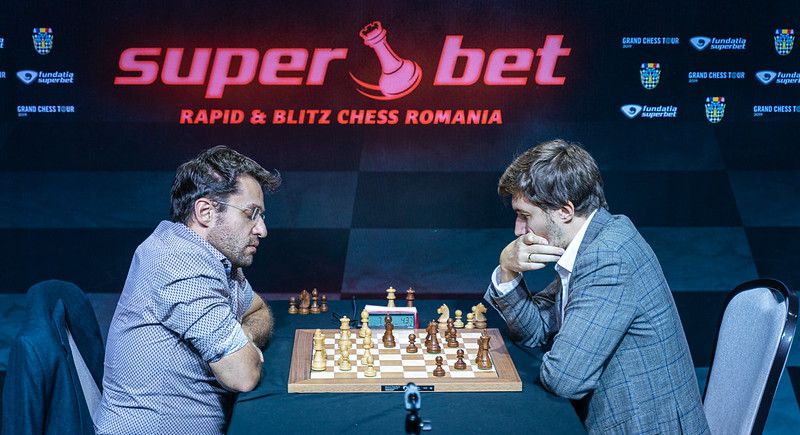 Aronian in action against Karjakin during the playoff | Photo: Grand Chess Tour 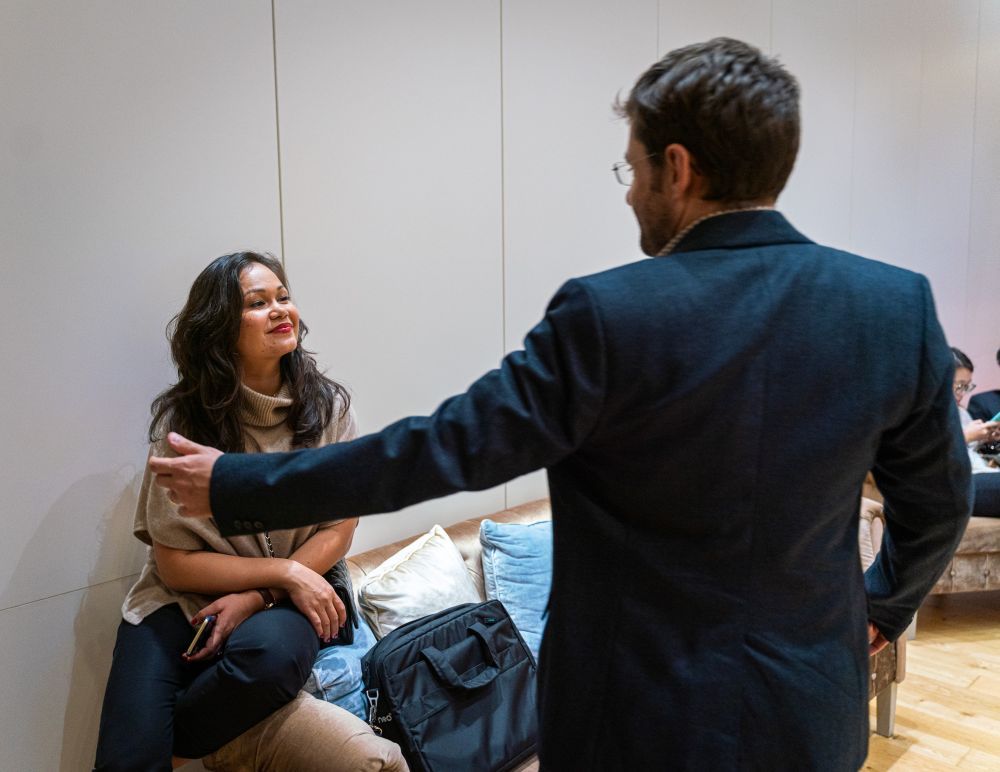 When you are the champion, the only other person perhaps happier than you is your better half! Levon Aronian is greeted by his wife Arianne Caoili after victory | Photo: Grand Chess Tour 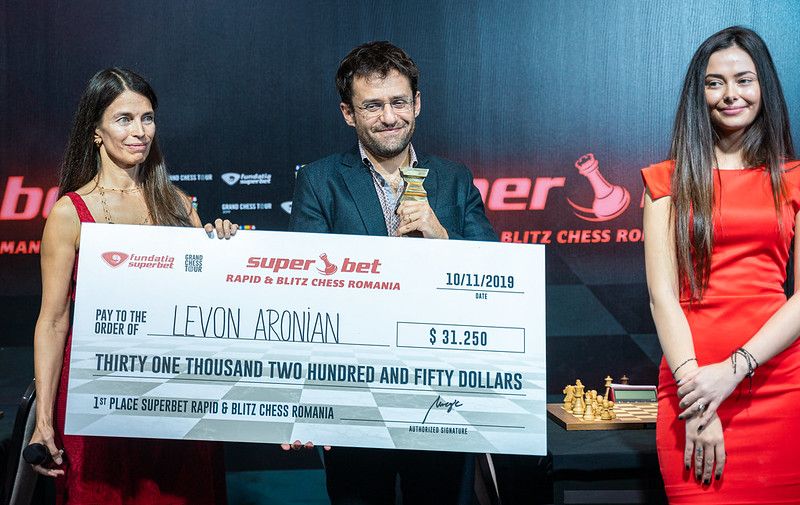 The Armenian genius took back home an impressive cash prize of 31,250$ which amounts to something around 22 lakh in Indian National Currency | Photo: Grand Chess Tour 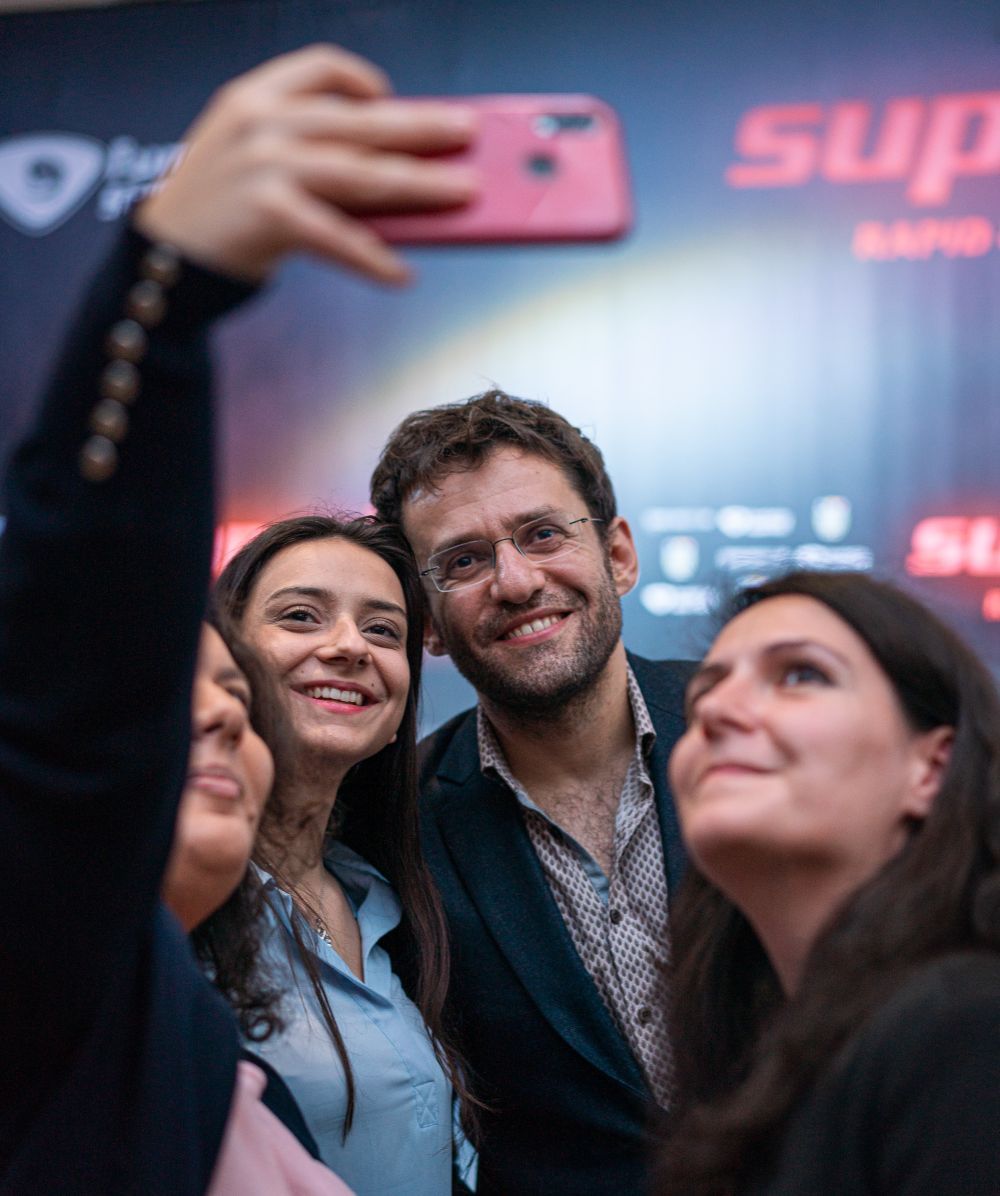 Of course, after this euphoric victory, the genial champion didn't forget to oblige his fans with selfies! | Photo: Grand Chess Tour

Aronian started the last day of the event with wins against Shakhriyar Mamedyarov, Anton Korobov, and Le Quang Liem which gave him a comfortable two-point lead over the rest of the field but the remaining rounds proved quite shaky for him as he lost three out of his last six games and drew the rest. While the Armenian was having a tumultuous day, Sergey Karjakin was steadily making the climb to the top with victories over Le, Caruana, and Aronian himself. Thus, going into the final round, both Aronian and Karjakin were tied for the first place. 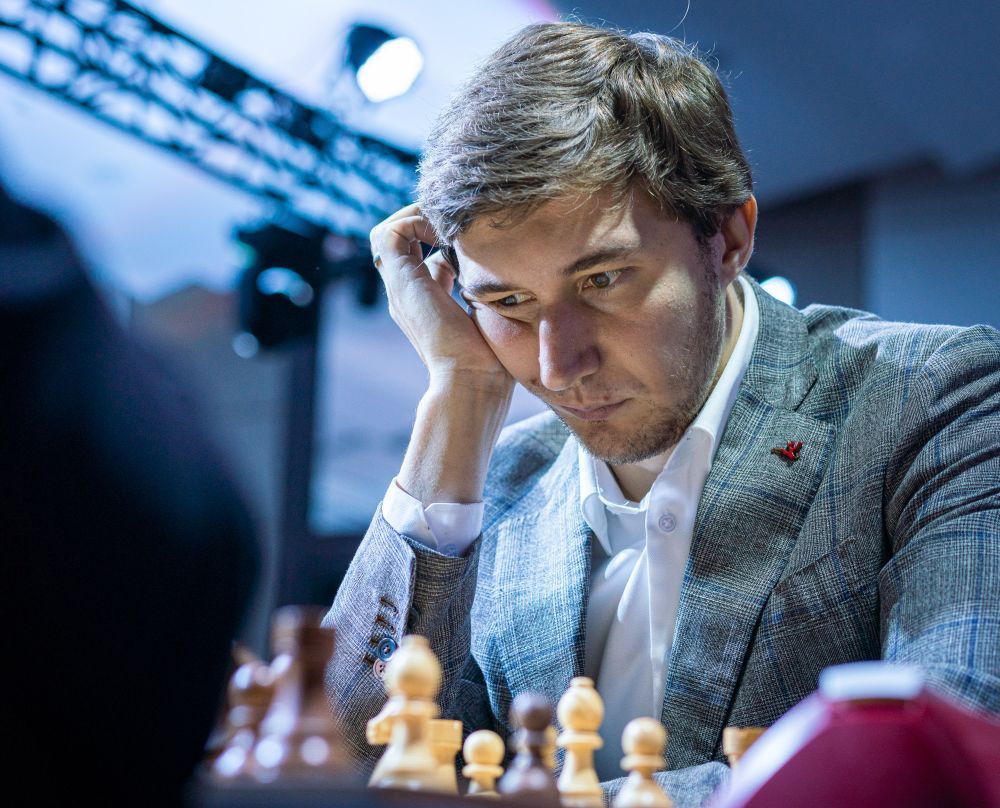 Sergey Karjakin played some really fighting chess throughout the tournament and made a solid comeback just when it was needed most | Photo: Grand Chess Tour

In the last round, Karjakin could have clinched the championship title for himself by directly overtaking Aronian in the final scores but things took a really dramatic turn as his encounter against Anton Korobov ended up becoming a feast of blunders. The Russian was actually winning for the better part of the game but under time-pressure gave away too much counterplay to his opponent. Fortunes changed hands multiple times towards the end of this topsy-turvy slugfest, both players missed unbelievable chances and eventually it all concluded with the split of point. Check out this nail-biting contest that is presented below with computer generated analysis.

The concluding blitz rounds of Superbet Rapid and Blitz saw flashes of the boy who was once nicknamed the "Lightning Kid" for the unparalleled speed with which he could navigate through complex tactical positions. Well, that boy may have turned fifty but the lightning in him hasn't extinguished yet. The five-time World Champion Vishy Anand began a rampageous campaign on the fourth and the final day of Romania Grand Chess Tour with three back-to-back victories against Fabiano Caruana, Shakhriyar Mamedyarov, and Anton Korobov; and then went on to play some solid bit of chess in the remaining rounds to finish the day unbeaten. 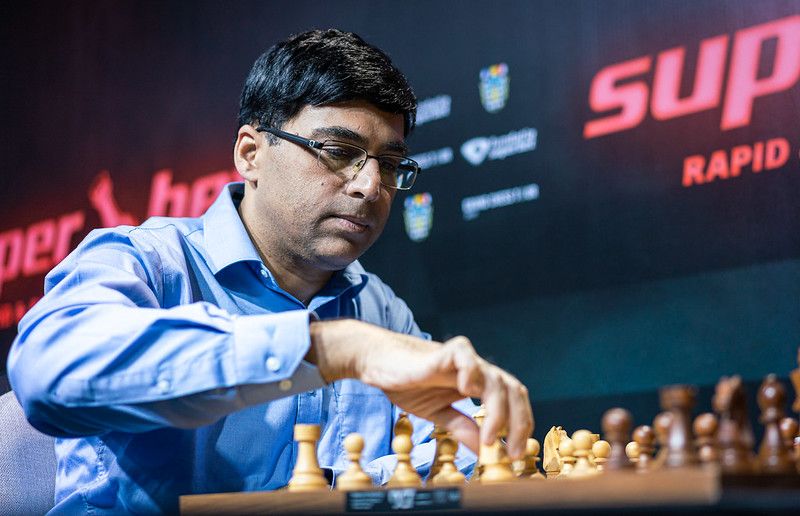 The evergreen Vishy proves time and time again that age to him is just a number! | Photo: Grand Chess Tour

The Madras Tiger finished with a score of 19.5 points, just half a point behind the leaders and took home a cash prize of 20,000 US Dollars. How did Vishy feel about his performance? Well, hear it from the maestro himself. Vishy reflected the following speaking to ChessBase India: "On the first day I already got the impression that I was playing well and badly. I would play one very good game and then squander some chances ... and it was very hard to sort of feel that I was playing in a stable way. This problem kept recurring every day. So going into the last day I merely hoped to improve my position as much as I could and hopefully avoid the worst elements of my play so far, and in this I succeeded. Obviously, in the end if you see that I am only half-point behind, you think may be I could have done something on the last day but it seems to me I could have done much more on the earlier days...there were so many unnecessary losses...even though the draw against Mamedyarov in the rapid was just an easy point... In the end I am satisfied with my recovery but I think I also have to improve my play in general. If I can be stable like I was on the last day then I can look forward to more". 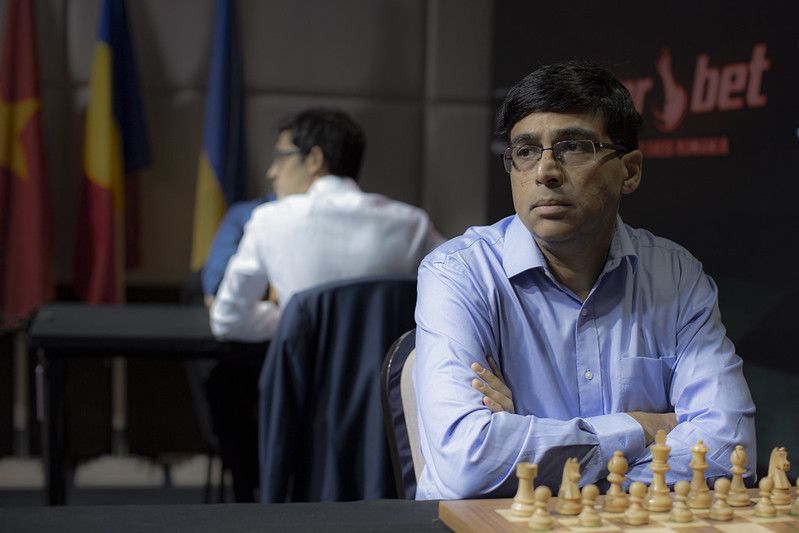 The calm before the storm! | Photo: Grand Chess Tour

It is worth noting how motivated Vishy is even at this age. The last few words above where he says that he has to "improve his play in general" speaks volumes of the man's character. Perhaps, there is no secret behind his longevity, it is just his pure love for the game of chess and a willingness to always improve at it is what keeps him going.

Vishy's score against World no.2 Fabiano Caruana has been surprisingly well in this event. In their tenth round blitz encounter, the American-Italian player employed the French as his choice of opening but it was of no avail against the Indian legend. The double-edged game that ensued was thoroughly dominated by Vishy, his knights in the closed position simply proved to be way better than Fabi's bishop pair. Replay the full encounter below. 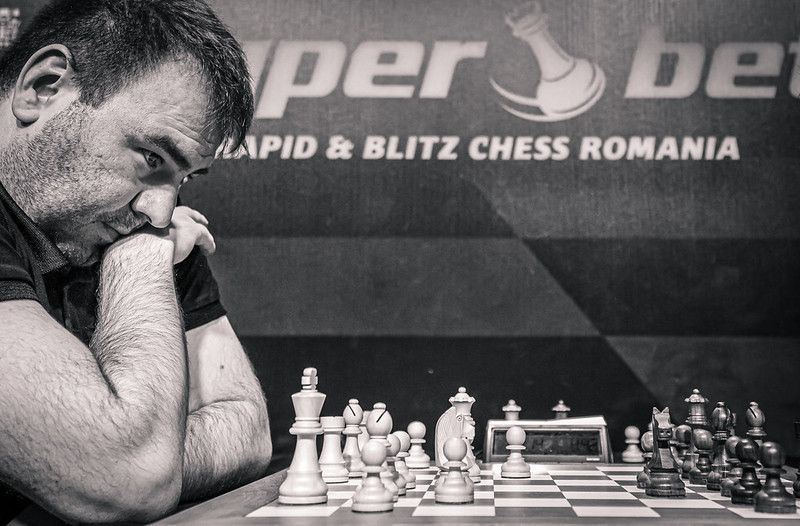 The strongest Azerbaijani player Shakhriyar Mamedyarov is never an easy opponent to face but Vishy managed to beat him in both blitz games. We discuss the final round game briefly below | Photo: Grand Chess Tour 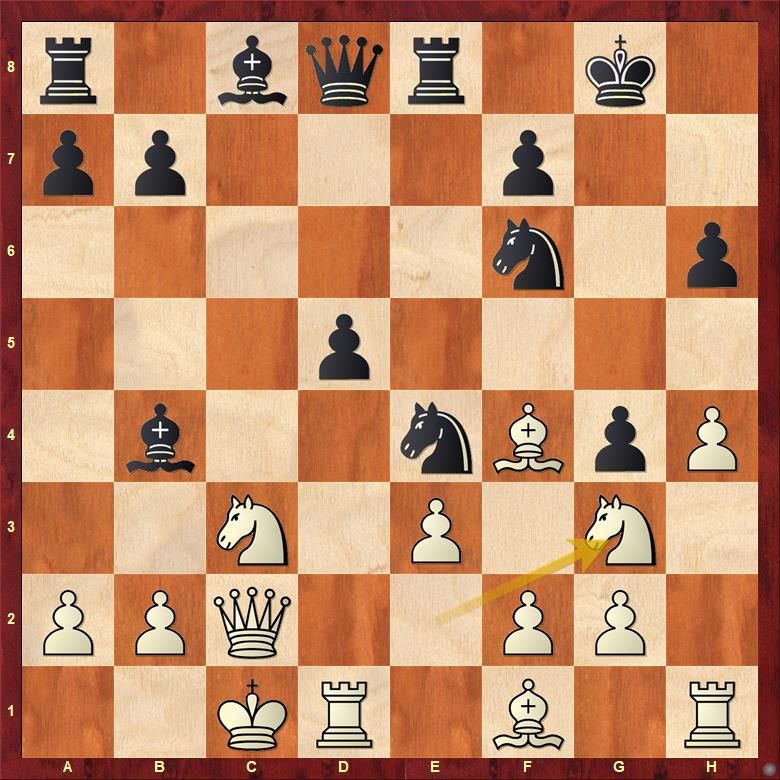 In the game against Mamedyarov, Vishy found the edge early on in the game. 15.Ng3 above was a mistake as it allowed Black to open up the queenside with Bxc3. 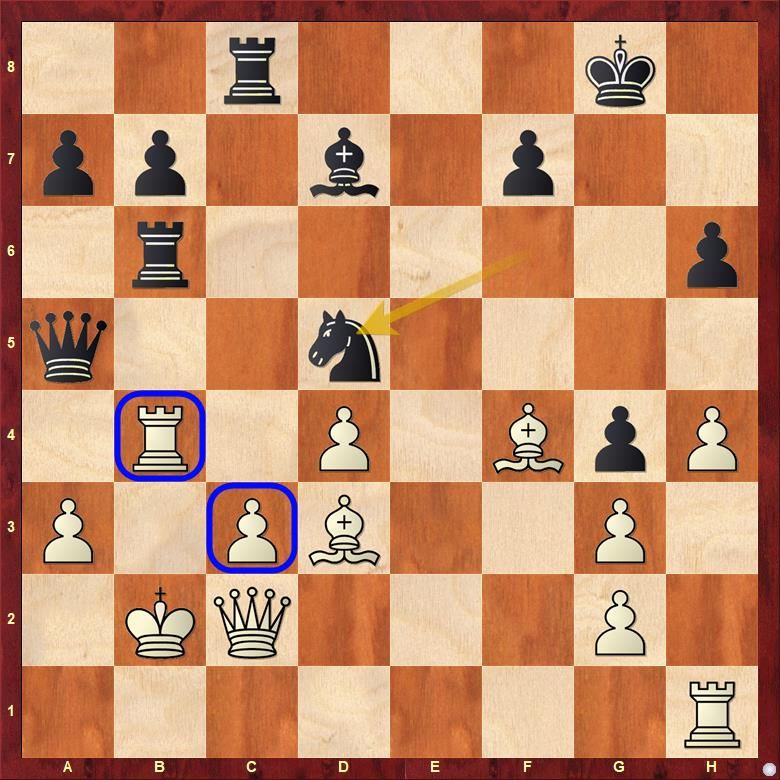 And not long after every black piece was making strides towards the white king! The game was resigned after just 27 moves.

In the encounter against Korobov too, Vishy's queenside play turned out to be too strong for his opponent to handle and the game was finished off in a mere 33 moves.

Check out the following video by IM Sagar Shah where he explains the nuances in greater detail:

All participants of the Superbet Rapid and Blitz during the closing ceremony | Photo: Grand Chess Tour 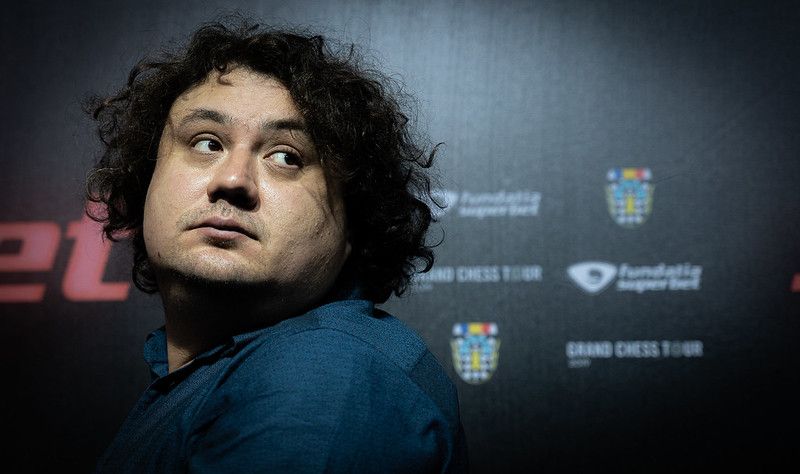 Anton Korobov dominated the rapid section but failed to make a mark in the blitz event and therefore finished only in the middle of the leaderboard in the combined standings | Photo: Grand Chess Tour 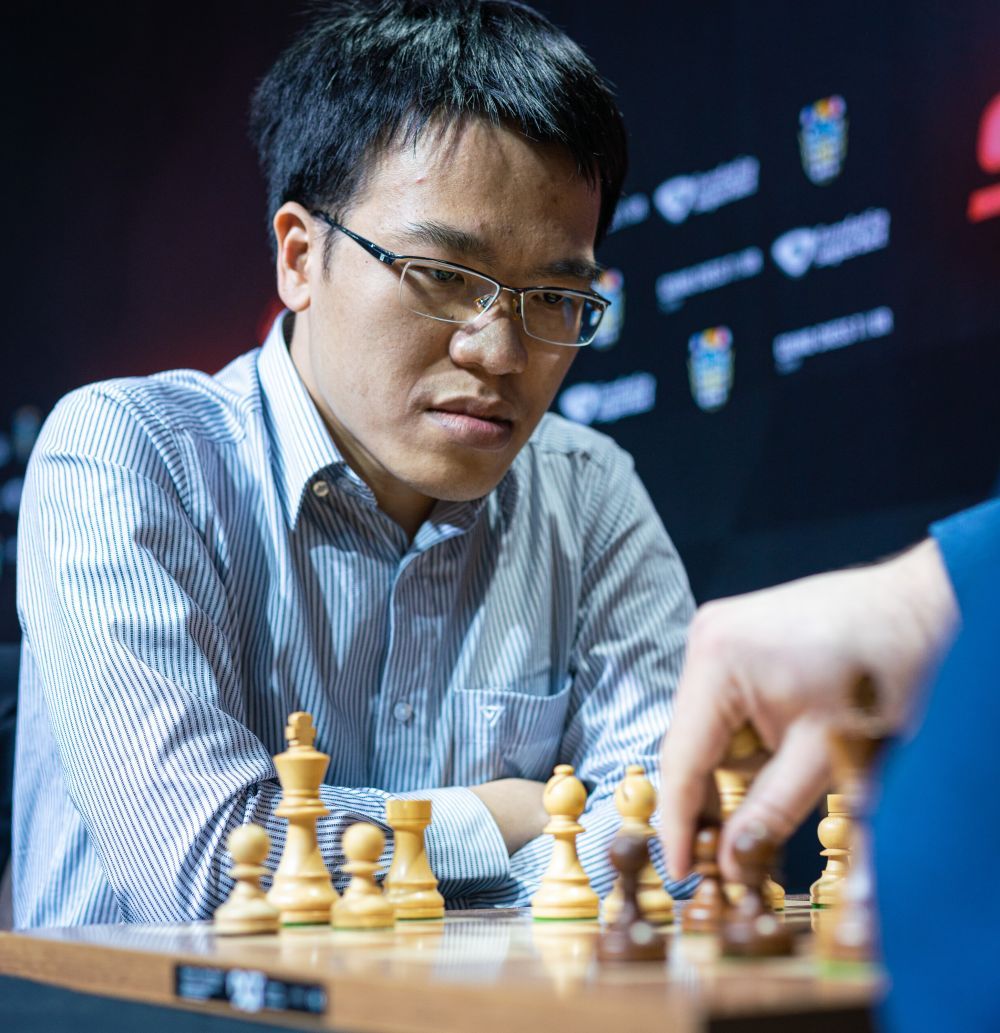 The top-ranked Vietnamese Le Quang Liem dominated the first day of Superbet Blitz but on the second day his performance too was lacklustre | Photo: Grand Chess Tour 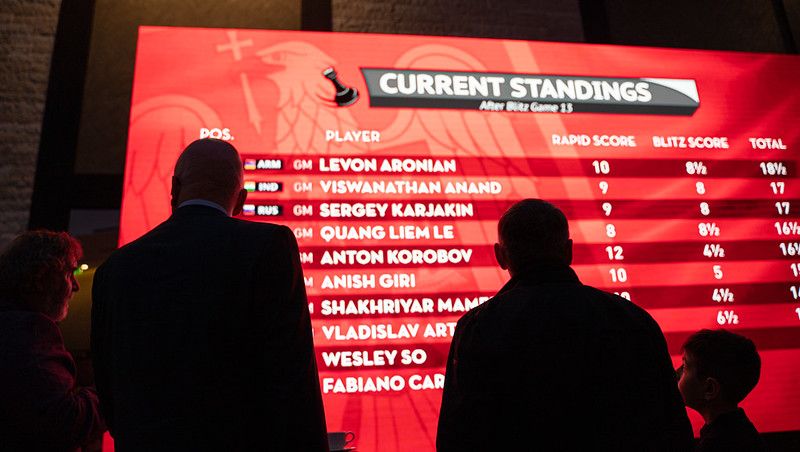 The last day of blitz games was a treat for all spectators... Take a look at the screen, Vishy was slowing climbing up the leaderboard! | Photo: Grand Chess Tour 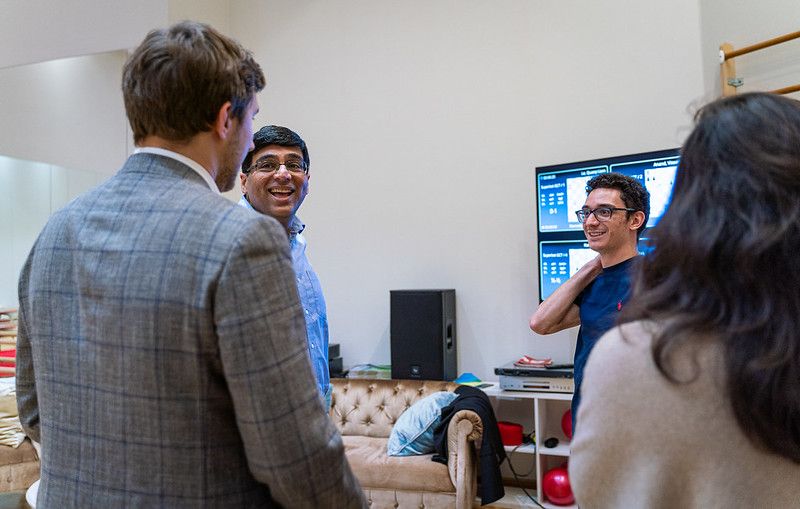 Everyone in a jovial mood after the event | Photo: Grand Chess Tour

Vishy's performance is highlighted in yellow and green. 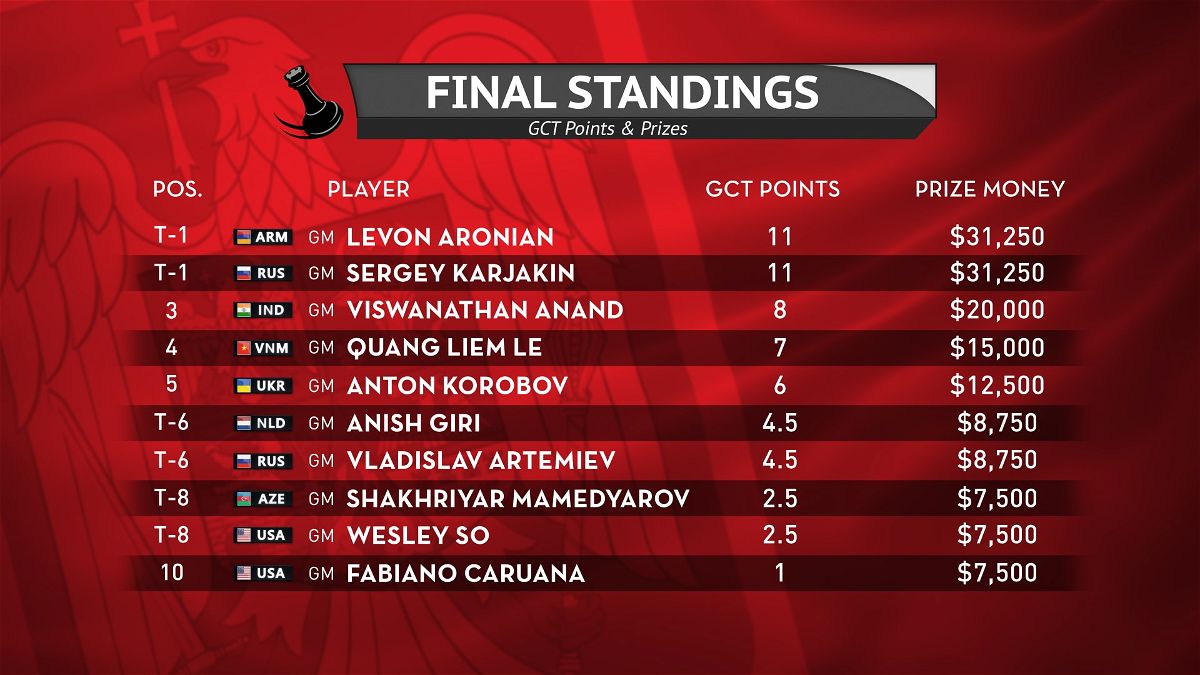 The combined rapid and blitz standings and prize money