Top seed of the tournament, GM Laxman R R of Integral Coach Factory, scored an unbeaten 8.0/9 along with IM Srihari L R at 1st Vellore Rapid Rating Open. Laxman won the tournament due to better tie-break score, Srihari secured second position. Five players - WIM Michelle Catherina, IM Praveen Kumar, CM Daakshin Arun, Sachin Sangamesh R and Dhanasekar M scored 7.5/9 each, They were placed third to seventh according to tie-breaks. The tournament had the total prize fund of ₹100000 with the first prize being ₹15000 cash and a trophy. This is Laxman's third consecutive tournament in 2021 which makes it a hat-trick of tournament wins for him. Photo: IA Soundaramurthy D

One of the newly minted IM from Tamil Nadu, Srihari L R also remained undefeated. He drew with the eventual champion, GM Laxman R R in the final round to finish second on tie-breaks. WIM Michelle Catherina also made a great start, 5.0/5. Her only loss was against the eventual runner-up, IM Srihari in the sixth round. She scored an impressive 7.5/9 and broke out a pack of five players at the same score to claim the final podium place, third. Srihari earned ₹12000 and Michelle received ₹10000 cash as their second and third prize respectively. 12-year-old Daakshin Arun 7.5/9, was the youngest finisher among top 15 as he secured fifth place. 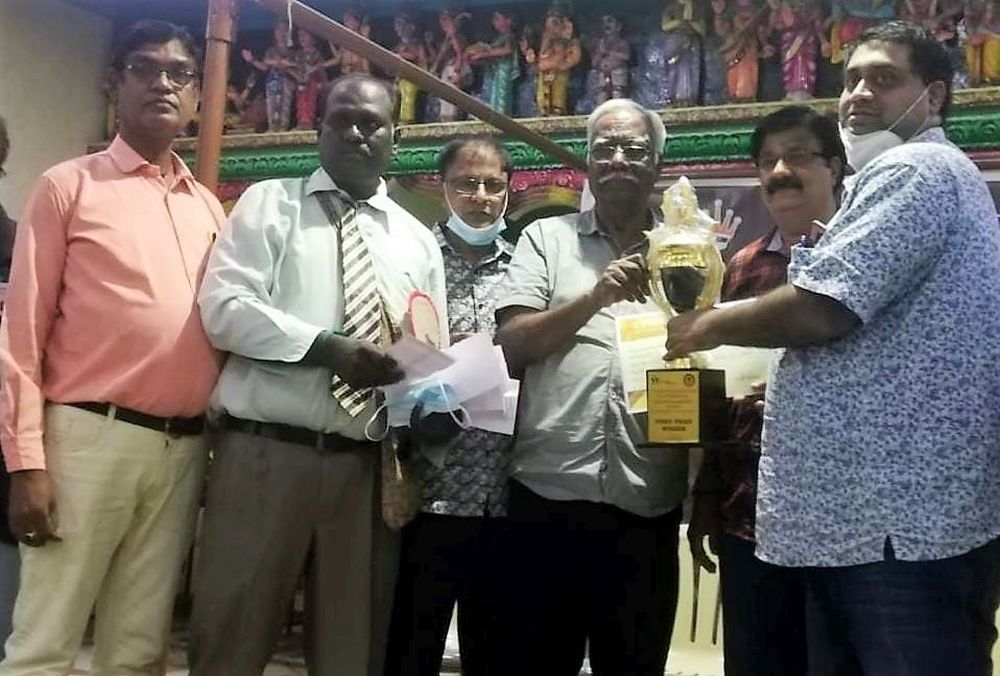 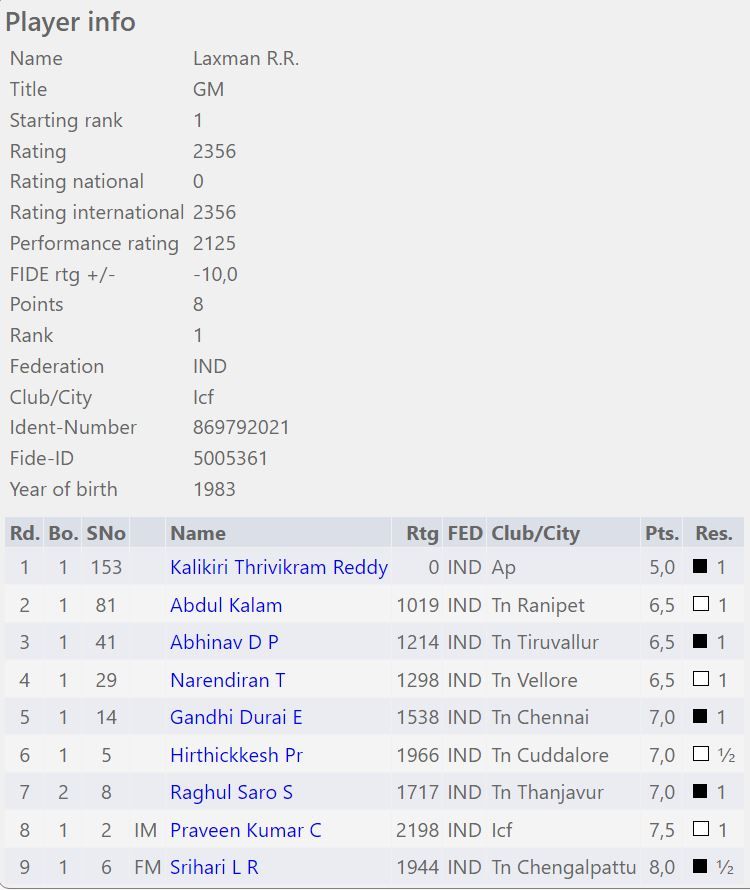 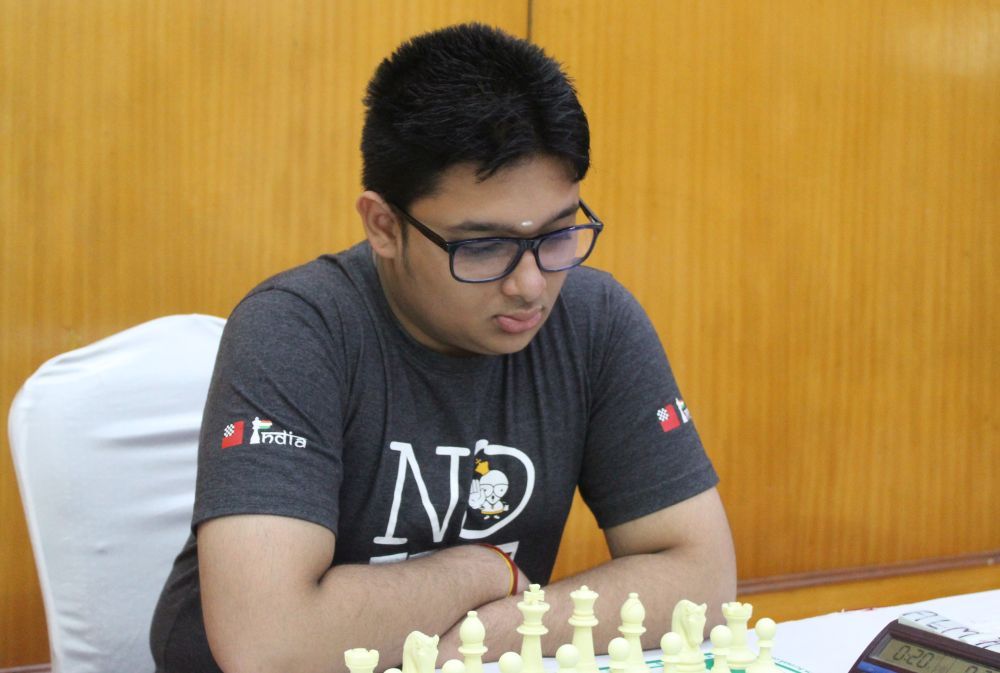 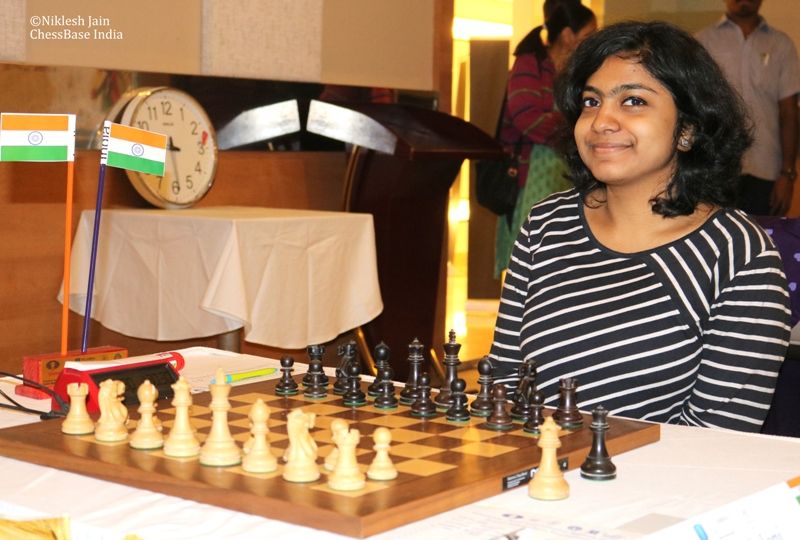 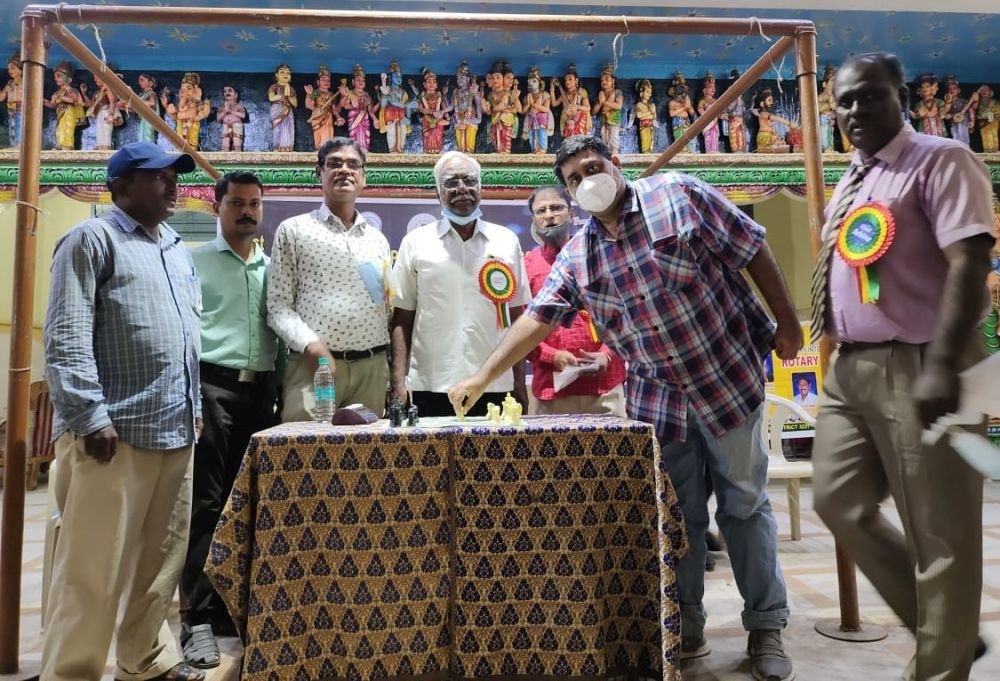 The tournament was organized by Star Chess Academy and Arcot Chess Academy on 25th and 26th December 2021 at D K M Kalyana Mandapam, Vellore, Tamil Nadu. A total of 294 players including a GM, an IM and a WIM took part in this nine-round Swiss league Rapid event which had a time control of 25 minutes + 5 seconds increment from move no.1.