Third seeded M Kunal scored an unbeaten 7.5/8 to win Hatsun - Idhayam 6th SCS Rating Open 2022. He finished a half point ahead of the field. Despite being held to a draw in the second round, Kunal registered six consecutive victories between round three and eight to become the champion. Dinesh Rajan M, R Shadhursshaan and Manigandan S S scored 7/8 each. They were placed second to fourth according to tie-breaks. This was Kunal's third tournament victory in-a-row. He won UDC Cup 2nd Rapid Rating Open and 1st SRM Rapid Rating Open in consecutive months. The total prize fund of the tournament was ₹500000. The top three prizes were ₹70000, ₹50000 and ₹35000 along with a trophy each. Photo: IA R Anantharam 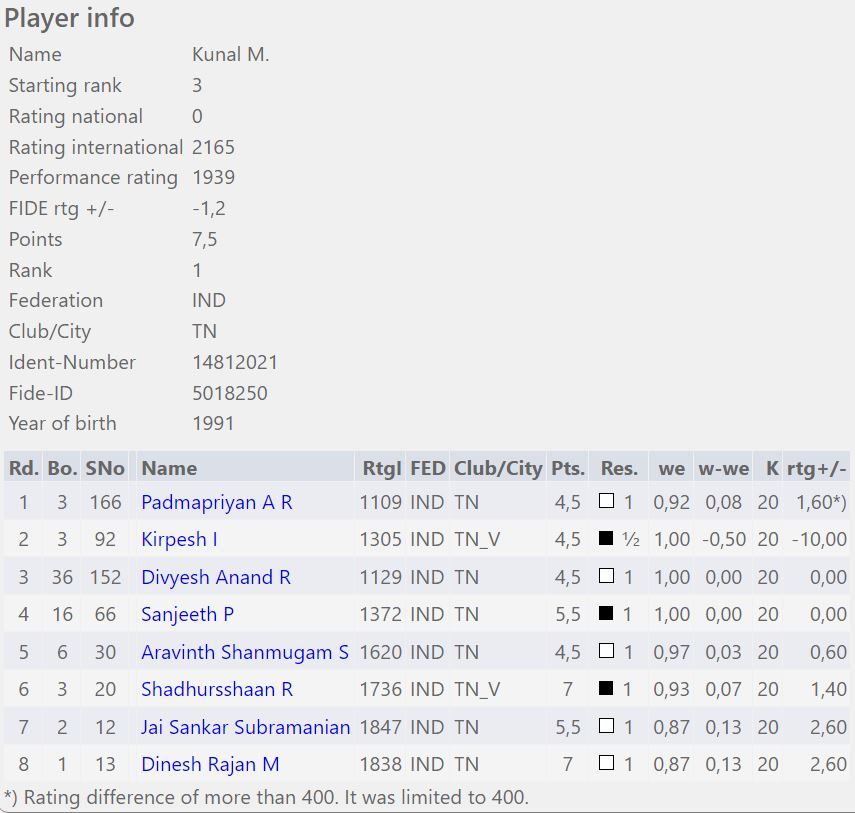 M Kunal  scored an unbeaten 7.5/8, featuring a double hat-trick of wins from round three to eight

The biggest upset of the day was produced by the 13-year-old girl MS Shanmuga Preethi of Thoothukudi, who upset the former Tamil Nadu junior champion fourth seeded FM Maheswaran P, the highest rated player from Sivakasi Postal in the first round. In the second round, another local boy, 14-year-old I Kirpesh who is being trained by GM Vishnu Prasanna at the Hatsun Chess Academy, Thiruthangal – Sivakasi extracted half a point from the third seeded Kunal.

I Kirpesh, a student of Hatsun Chess Academy drew with IM elect M Kunal in the second round. Hatsun CA, Sivakasi is headed by... | Photo: IA R Anantharam 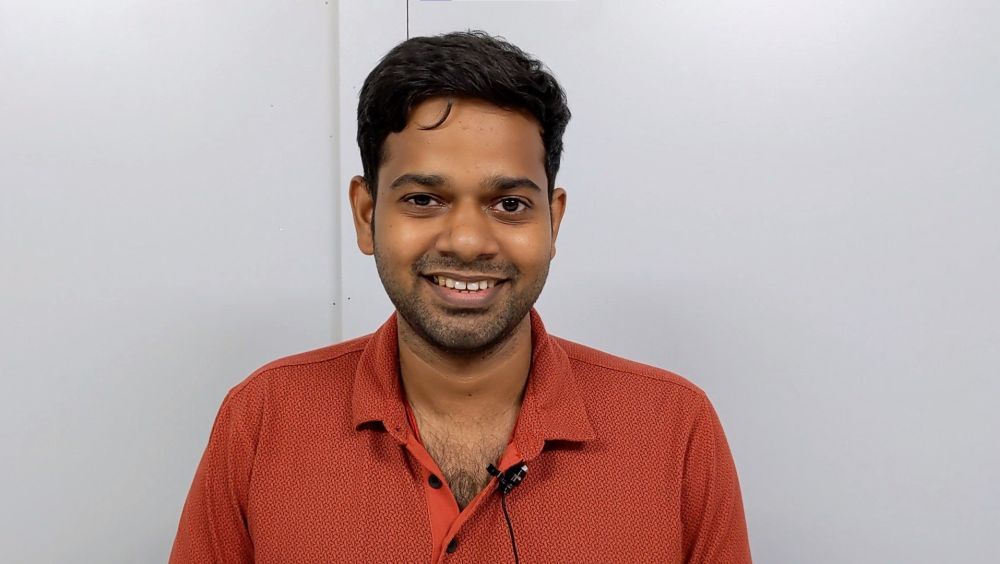 ...GM Vishnu Prasanna who is the trainer of India no.2 GM D Gukesh | Photo: Shahid Ahmed

Fourth round witnessed the shocking debacle of the top seeded grandmaster Thej Kumar at the hands of S Mohamed Tharig of Madurai in an interesting game. 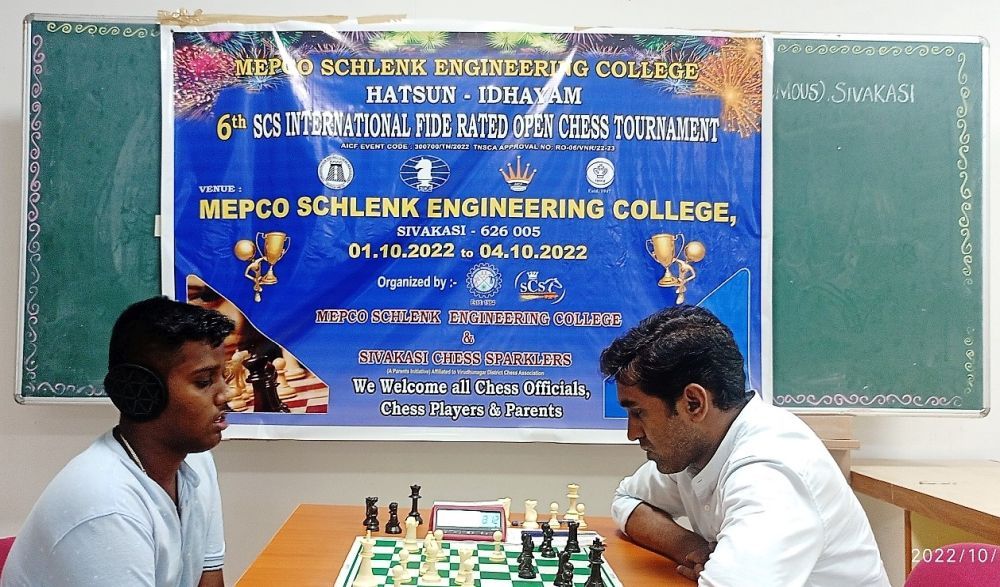 Mohamed Tharig of Madurai caused the biggest upset of the tournament beating the top seeded GM Thej Kumar of SW Railways in the fourth round | Photo: IA R Anantharam

Five players – S Prasanna, R Shadhursshaan, Dinesh Rajan, MS Dharani Kumar and S Rohith had scored the maximum five points each in five rounds. Seven players were trailing by half a point. GM Thej Kumar had to shed half a point to 11-year-old A Prakul, rated 1377.

Prasanna and Dinesh Rajan scored outright wins on top boards to share the lead with six points each at the end of the sixth round. Dinesh Rajan, caused an upset in the seventh round, to emerge sole leader, beating the second seeded S Prasanna, a former Tamil Nadu champion. 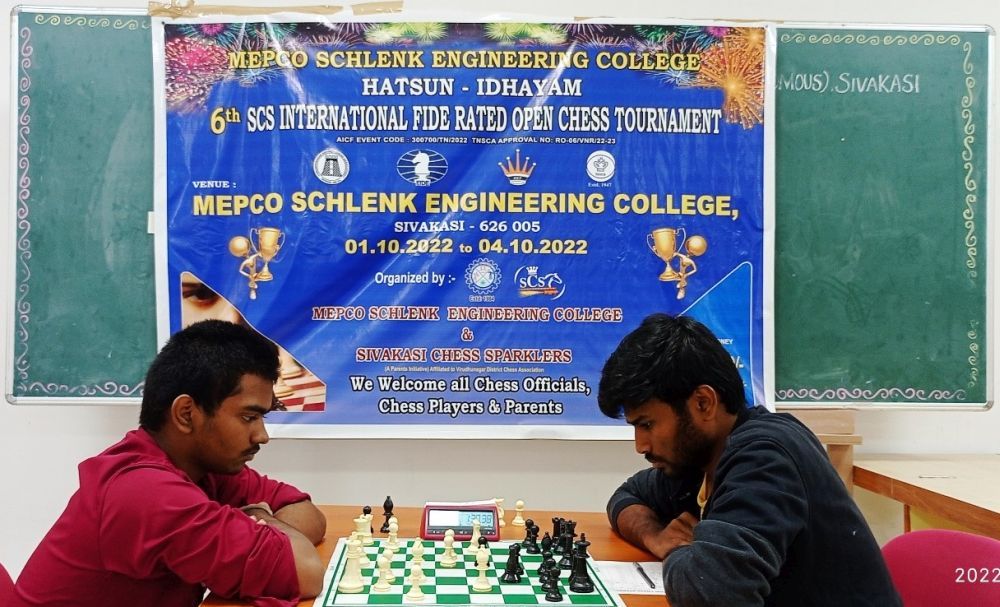 M Kunal played a marathon against S Jai Sankar to post a win, lifting himself to the sole second position with 6.5 points. The game annotated by Kunal himself is an end game lesson to youngsters. Again, GM Thej Kumar had to be content with a draw against 1472 rated B Yashwant. 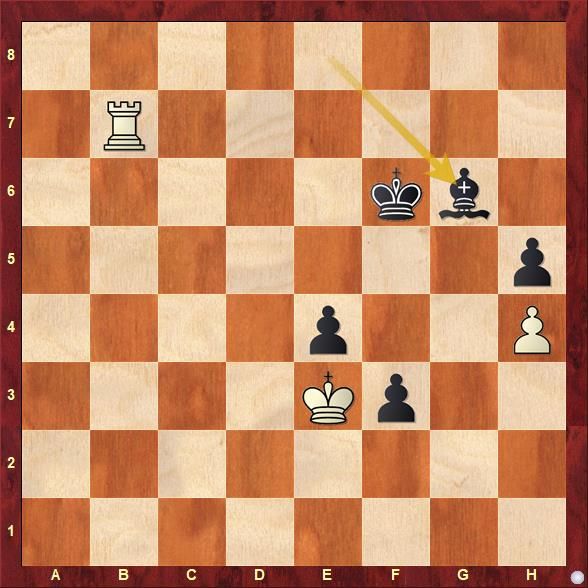 White had a winning rook vs bishop endgame with few more pawns present on the board few moves ago. Now it seems like the game is heading towards a draw. However, White has a winning plan. Black needs to provide correct defense to get a draw. Can you find that plan? Kunal found it and his opponent was unable to defend the position and lost the game.

The hitherto unbeaten Dinesh Rajan was outwitted in a knight and pawn ending by Kunal, who claimed the title and a purse of Rupees seventy thousand. Three players Dinesh Rajan, Shadhursshaan and Manigandan scored seven points to finish from second to fourth respectively. Dinesh collected Rupees fifty thousand and Shadursshaan was richer by Rupees. thirtyfive thousand. Mr. A Tenzing correspondent, Mepco Schlenk Engineering College inaugurated the tournament, in the presence of Dr. Arivazhagan, Principal of the college, G Ramamoorthy, President of Sivakasi Chess Club and M Sundarrajan, Secretary, Virudhunagar DCA. The chief guests for the prize distribution function were Sri AMSG Asokan, Member of the Legislative Assembly of Tamil Nadu and Sri A Gopalsamy, President, VDCA.

Sivakasi Chess Sparklers takes special care to make it successful, not only from the players’ point of view, but also from the parents’ side. The players were relieved of their mounting tension, when many of them took part in the cultural programme, organised by the Sparklers, exhibiting their talents in singing and dancing. It conducted chess and badminton tournaments exclusively for the parents. 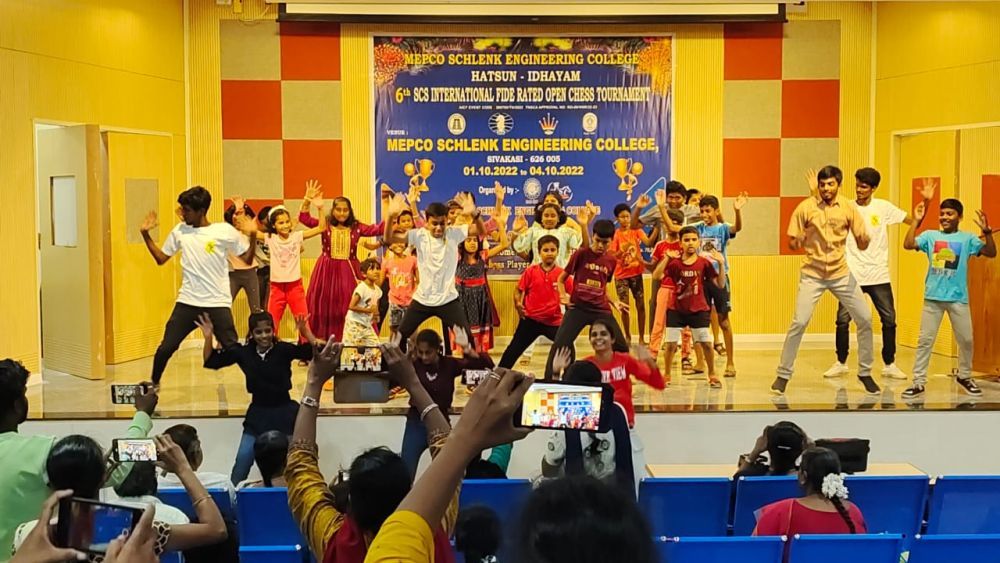 Besides organising the five lacs prize money tournament in association with Sivakasi Chess Sparklers regularly, it provides an excellent playing atmosphere to the participants. The college provides comfortable stay to the players and parents in the hostel free of cost, hygenic and quality food at a very nominal rate. It has also come forward to train the government school students at grass root level in chess, free of cost at the college, in addition to free transport to the college and free boarding to the participants. During the three decades of its existence, the college has many credentials: UG University Ranks - 745 (49 First Ranks); 10000+ students placed through campus placement; 138 R&D projects worth more than Rs.16.27 crores from various Government Funding Agencies and R&D Organizations etc. The college is a very green campus with lot of trees and also there are three Miawakki forests inside the campus itself. 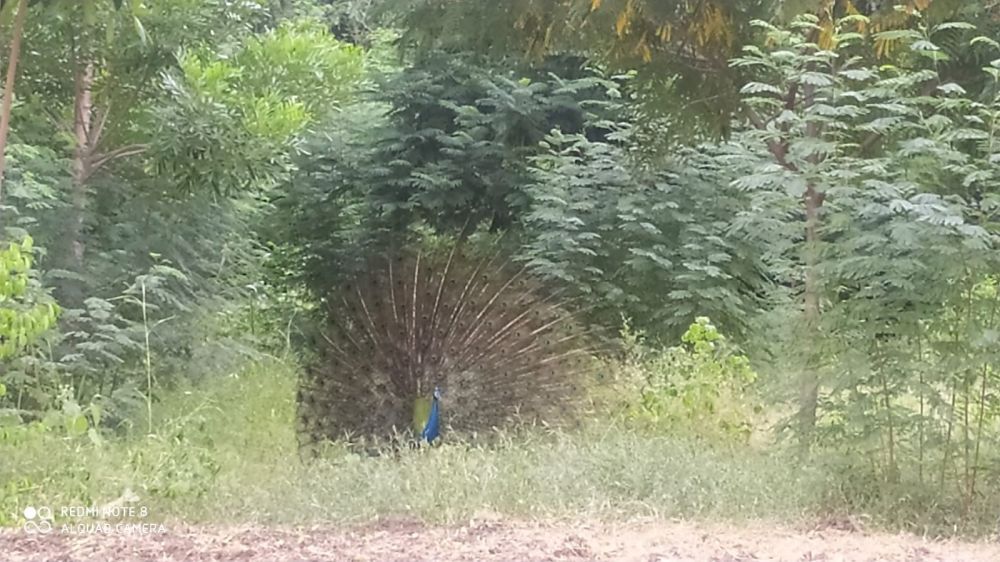 A dancing peacock in the Miawakki forest of the college | Photo: IA R Anantharam

A total of 324 players including a GM took part in this four-day eight-round Swiss League Rating Open. It was organized by Sivakasi Chess Sparklers and Mepco Schlenk Engineering College, Sivakasi at the college from 1st to 4th October 2022. The tournament had a time control of 90 minutes + 30 seconds increment from move no.1.