IM Vignesh N R of Southern Railway scored an unbeaten 6/7 to win 34th All India Inter Railways Individual Chess Championship 2022. Vignesh has also won the previous edition which took place early this year. He finished second in his debut year 2019. Thus, Vignesh's three performance at All India Railways have been a second place finish and two as champion which is certainly outstanding. Four players scored 5.5/7 each. GM Swapnil Dhopade of Central Railway and GM Karthikeyan P of ICF were adjudged second and third respectively according to tie-breaks. Southern Railway claimed the first place in both Team and Individual events. Photo: IA R Anantharam

Southern Railway bagged a double by winning both the team event and also the individual one, as the latter was won by its cadre and international master NR Vignesh. Both events were organised by the East Coast Railway Sports Association to decide the Railway champion. Eighty two players, with a strong line up of eight grandmasters, eighteen international masters and one WIM (M Mahalakshmi) participated in the Swiss league with seven rounds, with a time control of 90 minutes plus 30 seconds increment per move. 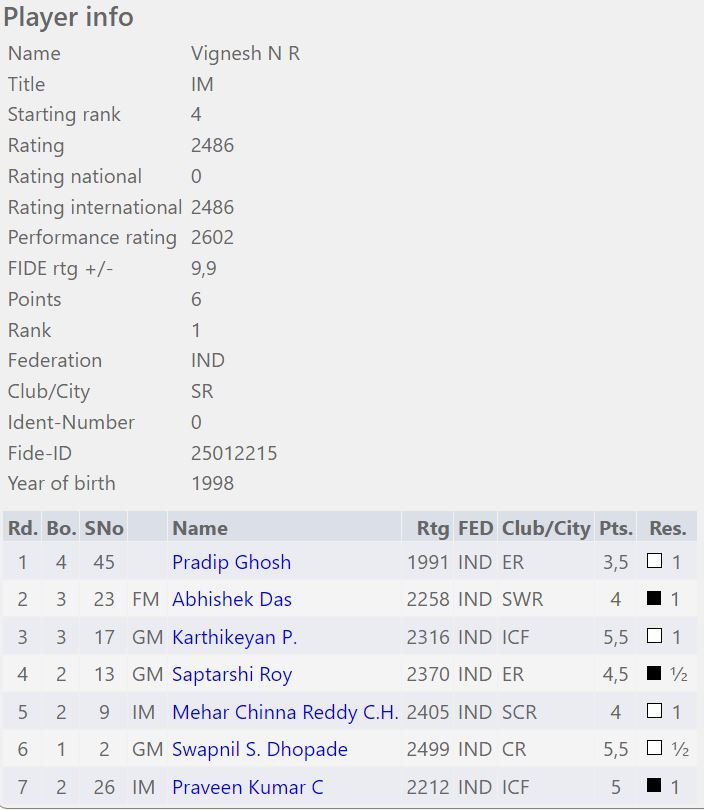 Top seed of the 34th All India Railway Chess Individual Championship Visakh N R of Integral Coach Factory escaped from the claws of defeat at the hands of Amardeep Bartakke of Western Railway in the inaugural round. Amardeep could not convert the winning advantage to a full point and was forced to concede the draw. The second seed GM Swapnil Dhopade of Central Railway did not participate in the team event and the third-highest rated player is IM P Shyam Nikhil. 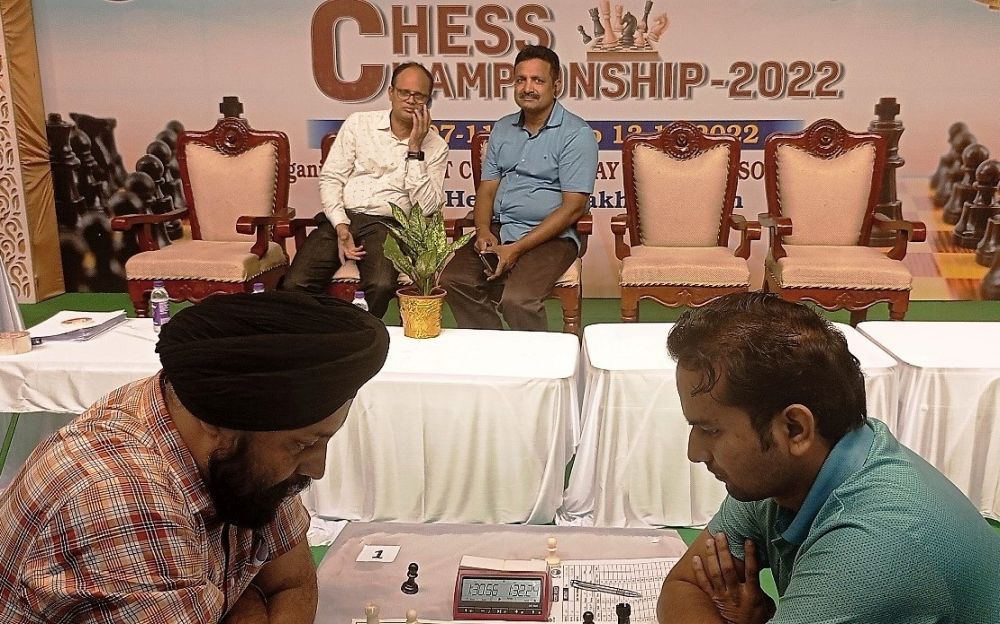 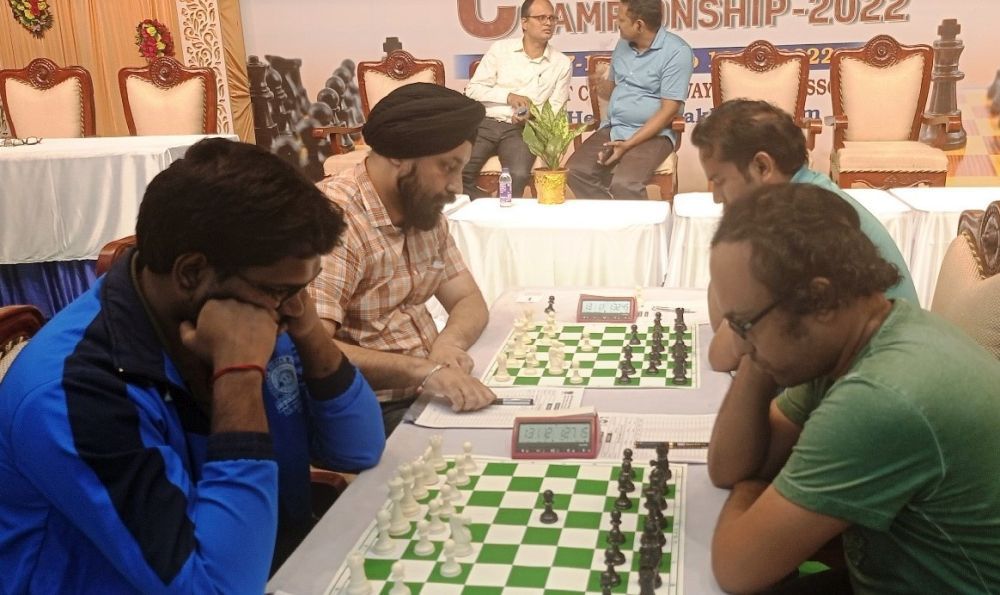 IM Sayantan Das forced a draw with WIM M Mahalakshmi of ICF, the only woman taking part in the event and the duel between the friends IM S Nitin (ICF) and IM Murali Krishnan BT ended in favour of the former. 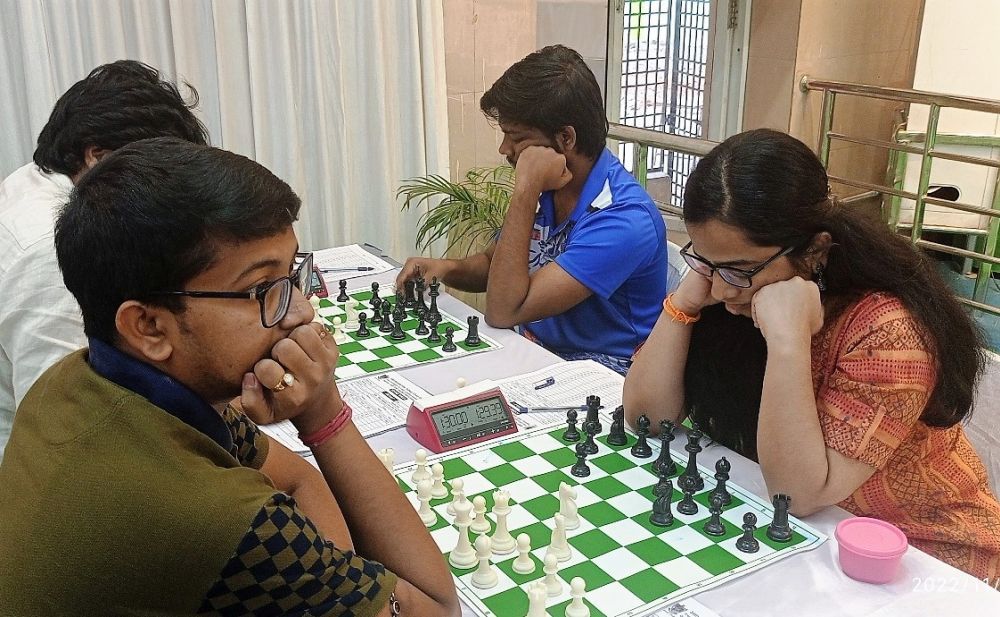 In the third round, Swapnil Dhopade maintained the lead together with another GM Saptarshi Roy of Eastern Railway and four more IMs - S Nitin and NR Vignesh of Southern Railway, Mehar Chenna Reddy of South Central Railway and Himal Gusain of Western Railway.

Swapnil emerged sole leader with full four points at the end of the fourth round, by beating IM Nitin S. The four other leaders drew their games among themselves. Another decisive top board result among the top five boards was the one from IM P Shyam Nikhil of ICF who defeated IM P D S Girinath of SCR.

IMs Vignesh N R and Himal Gusain joined GM Swapnil at the top by beating IM Mehar Chenna Reddy and GM Saptarshi Roy respectively in the fifth round, as Swapnil drew his game with Shyam Nikhil. All the three had 4.5 points each. 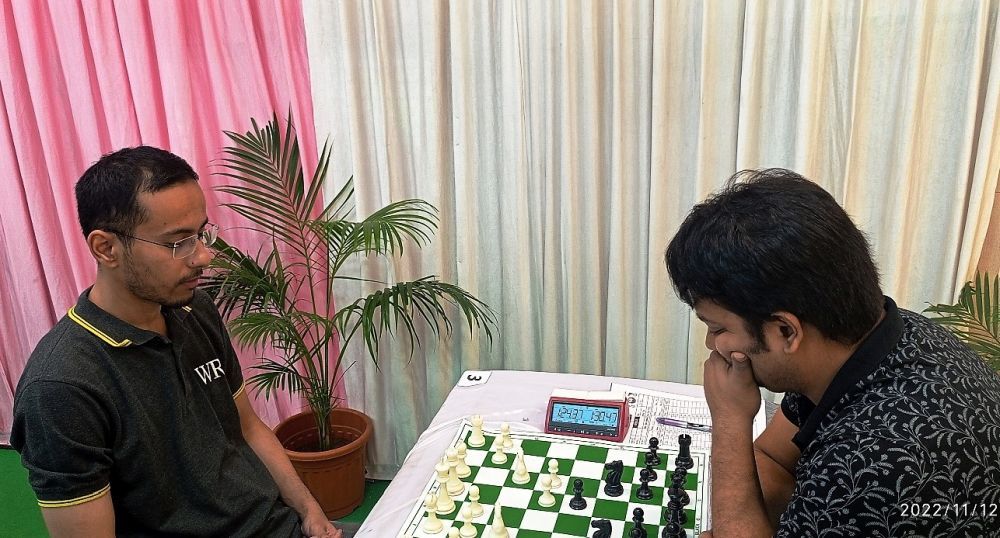 Five players tied with five points each, at the end of the sixth round. The top board game between Swapnil and Vignesh ended in a draw after each trying to gain supremacy; Deepan outplayed Himal Gusain in a prolonged end game; Praveen Kumar C upset P Shyam Nikhil and Karthikeyan scored against Arindam Mukherjee. 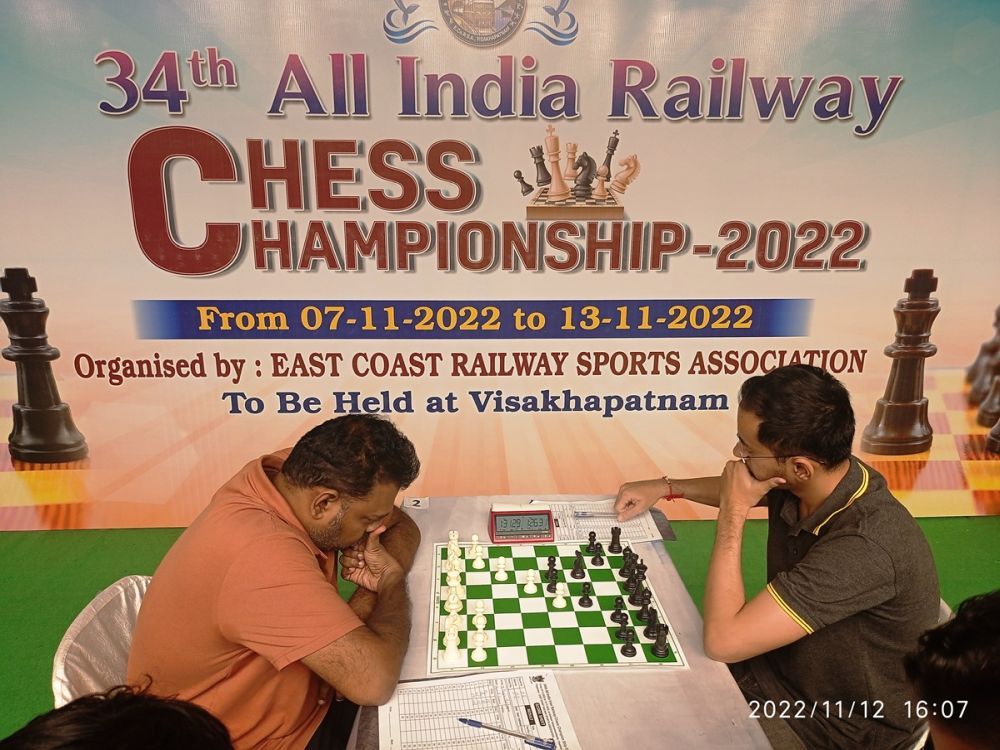 Deepan and Swapnil settled for a quick draw after making a couple of moves on the top board of the final round. This opened up the gate for the remaining leaders to fight for a win, aiming at the title. In the exciting final game, the giant killer Praveen Kumar blundered in an advantageous position to gift his queen, the game and the title to Vignesh N R, who scored six points in seven rounds. Swapnil Dhopade finished runner-up and Karthikeyan became the surprise second runner-up, pipping Deepan in the last tiebreak. 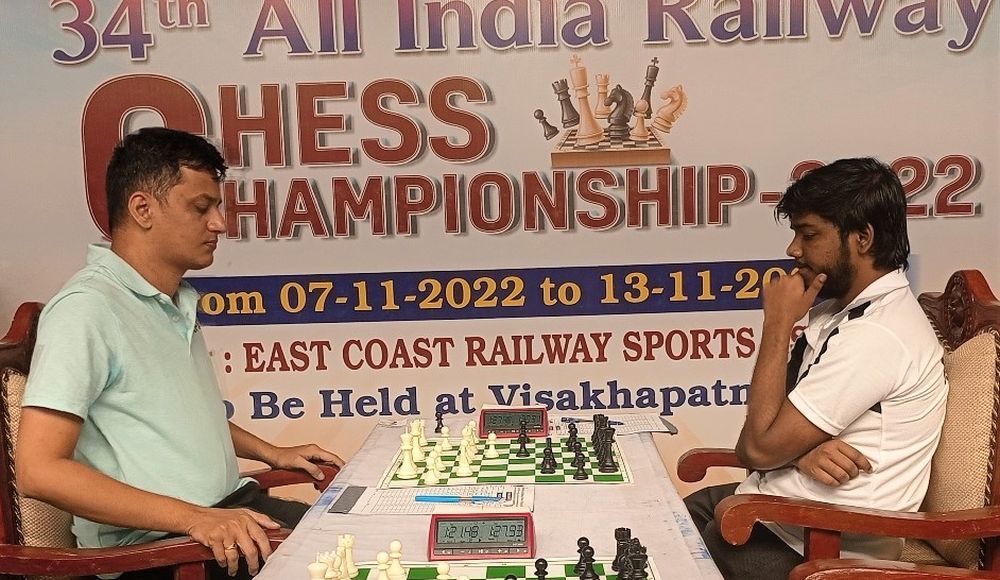 Round 7: Praveen Kumar blundered to gift his queen, the game and the title to Vignesh N R | Photo: IA R Anantharam

During the tournament, India’s Prime Minister, Mr. Narendra Modi visited Visakhapatnam to launch several projects worth about 10000 crore rupees and the formation of a new railway zone (South Coastal Railway) with the city as the headquarters is on the anvil.

Anup Kumar Satpathy IRSE, Divisional Railway Manager of the East Coast Railway distributed the prizes on the final day to the winners of the team and individual tournaments.

A total of 83 players including 8 GMs, 18 IMs and a WIM represented 15 different railway divisions of Indian Railways. The four-day sevenn-round Swiss League Individual tournament was organized by East Coast Railways at Waltair Stadium in Vizag, Andhra Pradesh from 10th to 13th October 2022. The tournament had a time control of 90 minutes + 30 seconds increment from move no.1.