There are two secret chess tournaments that take place in Indian chess. One is between the Petroleum board and the other one is among chess players of Indian Railways. It goes without saying that both are strong events. To understand how strong the field was, a total of 17 teams comprising 84 players including 8 GMs and 19 IMs took part in the event, i.e. 32% of the participants were IMs or above. Integral Coach Factory won the 33rd edition of All India Railway Team championship. Eastern Railway secured the second place and defending champion Metro finished third. IM Vignesh N R of Southern Railway won the individual event, IM P Shyam Nikhil and GM Visakh N R of ICF secured second and third place respectively. Photo: Sureshkumar Janardhanan

Integral Coach Factory regained their All India Railway Team championship winner title after Metro Railway won the previous edition in 2019. A decade ago, ICF won the same event and went on to win the championship four more times (2015, 2016, 2017 and 2018) in the last decade (2011-20). Eastern Railway repeated their 2018 performance by securing a second place finish. Defending champion, Metro became the only team without a reserve player to make a podium finish this year. IM Vignesh N R of Southern Railway won the individual event, scoring 6.0/7. Integral Coach Factory claimed the remaining two podium places in the form of IM P Shyam Nikhil 6.0/7 and GM Visakh N R 5.5/7. 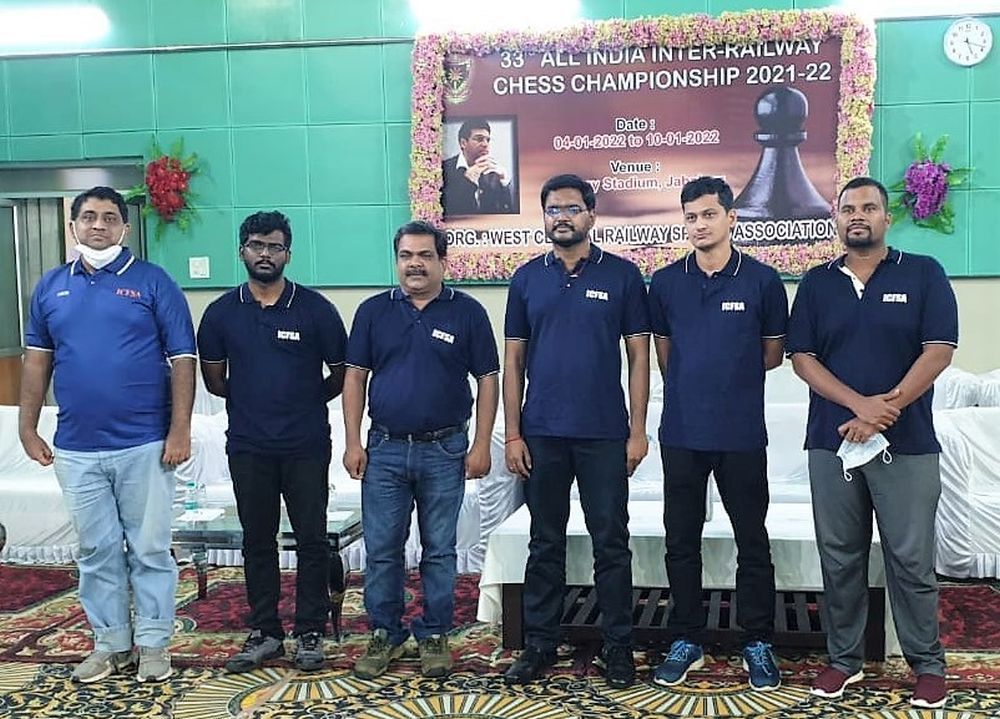 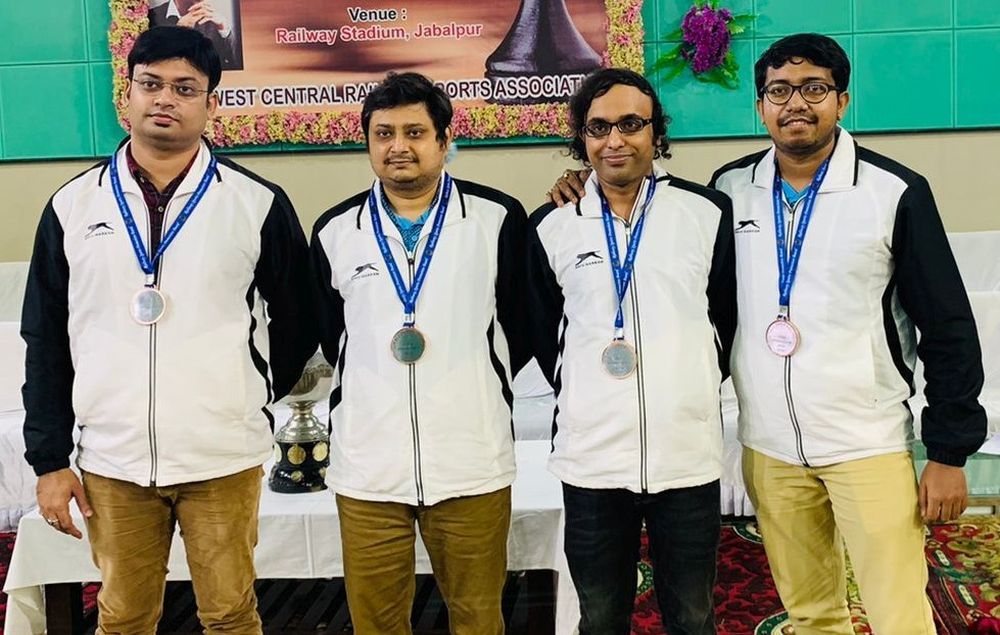 IM Sayantan Das was the top scorer of his team Metro. He made an unbeaten 5.5/6, followed by FM Joydeep Dutta who also remained undefeated 4.0/6. IM Somak Palit and GM Saptarshi RoyChowdhury scored an indispensable 3.5/6 and 3.0/6 each respectively. 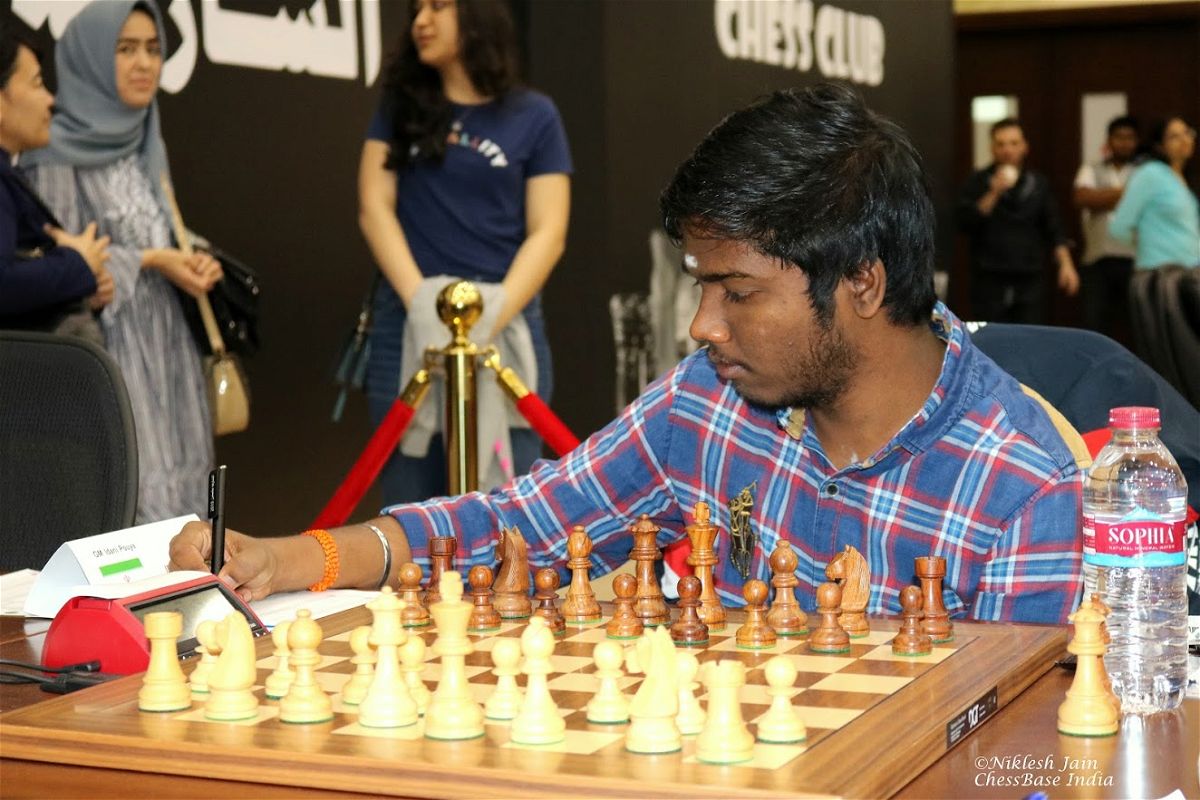 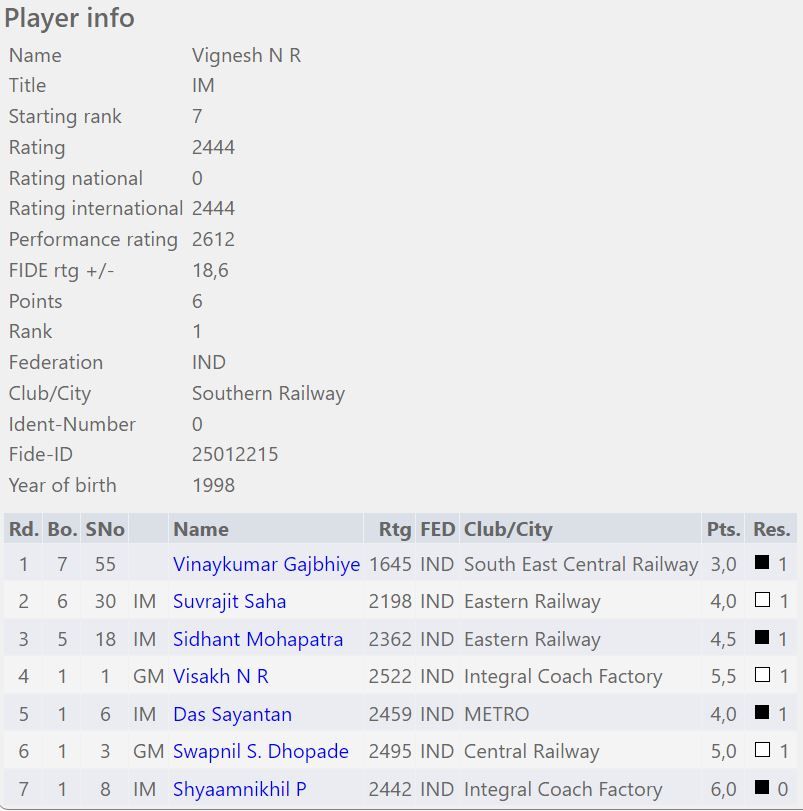 Vignesh scored an impressive double hat-trick of wins, a last round did not deter his championship chances 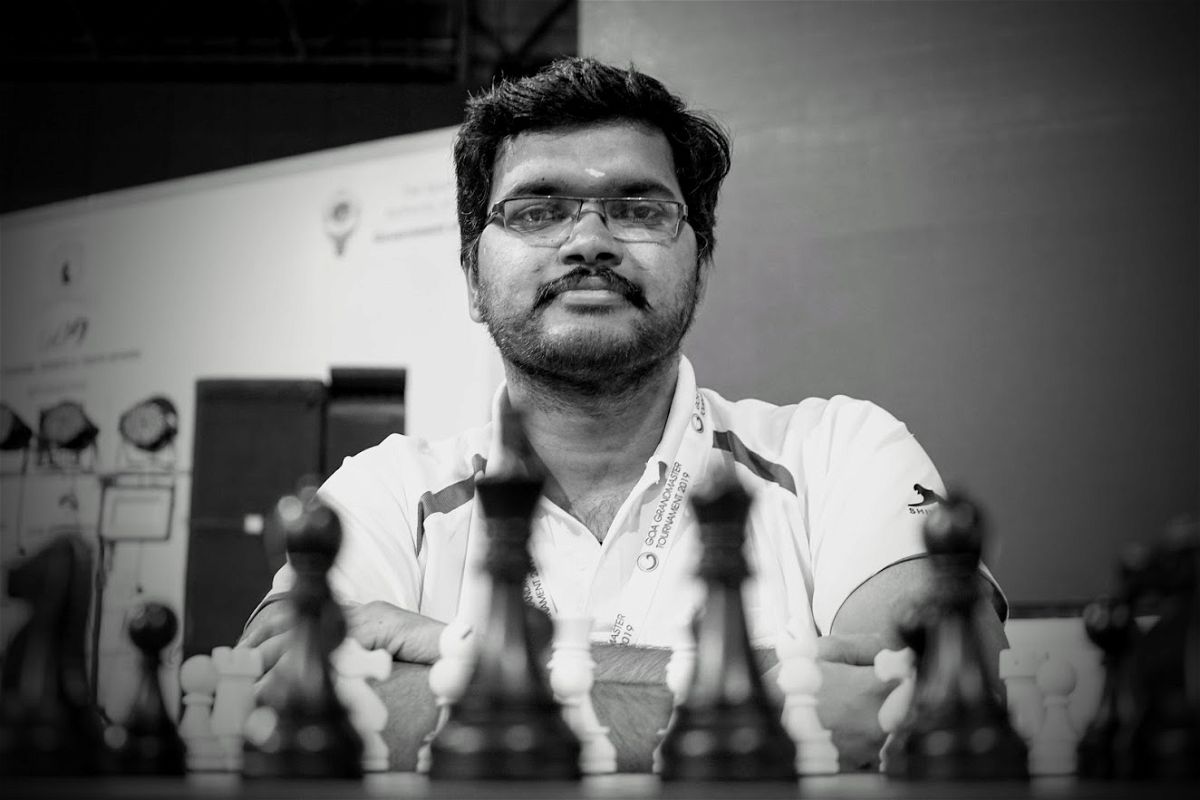 The tournaments were organized by WCR Sports Association from 4th and 10th January 2022 at Railway Stadium, Jabalpur, Madhya Pradesh.  The team event took place from 4th to 6th and the individual championship went from 7th to 10th January. The time control for each tournament was 90 minutes + 30 seconds increment each from move no.1.