In spite of the relentless attack by Covid-19, Sivakasi Chess Club was busily engaged in multifarious chess activities like organizing online tournaments, chess awareness program etc. When the pandemic slowly subsided, it organized Chess in Park program, with the support of the Sivakasi Municipality. When it was under control, it organized five practice and friendly over-the-board tournaments, the latest one involving three international masters. Just imagine, all the programs had no entry fee. Lunch and tea were provided to all the players and parents in the OTB tournaments featuring about 70 players each.

Sivakasi Chess Club hosted two online tournaments, one on 23rd August and the other one on 15th September 2020, each carrying a cash prize of Rs,20000/- without any entry fee. 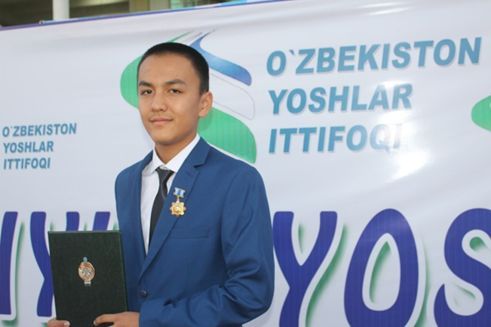 Two more players –IM Lucas Liascovich of Argentina, and FM Ali Rastbod of Iran also scored eleven points and were placed second and third respectively. IM Arjun Kalyan was the best player from India to finish fourth. A total of 721 players registered for the tournament including grandmasters and international masters from several countries. Four GMs and 18 IMs were the star attractions of the tournament. 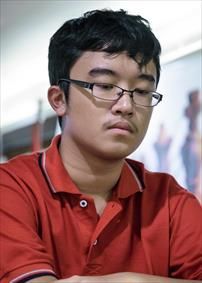 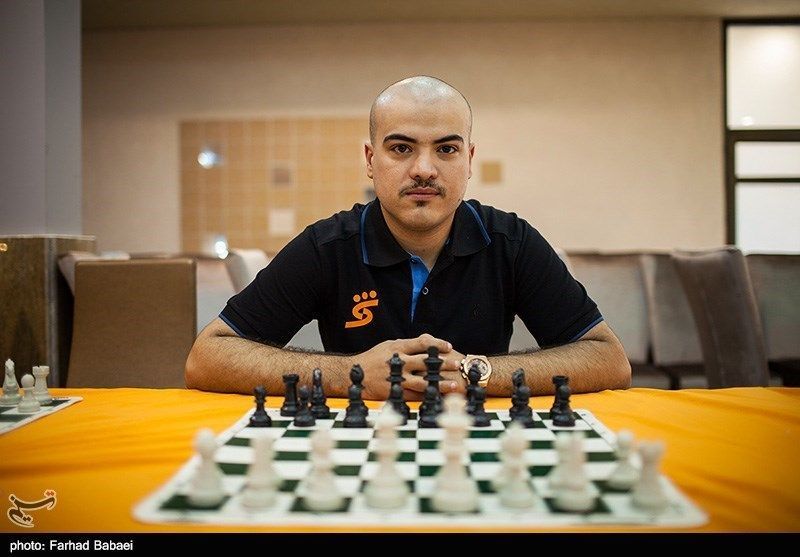 GM Homayoun_Tofighi if Iran was the runner up | Photo: Farhad Babaei

Promising youngster IM Arjun Kalyan of Tamil Nadu suffered two losses against Igor of Ukraine and Kilmenko of Russia to collect nine points to finish 16th. Look at the prize list – only one Indian among the top 12 and six in the top 20.

Sivakasi Chess Club joined hands with Sivakasi Municipality to organise a chess awareness programme at Kamarajar Park, Sivakasi for one week, after getting due permission from the higher authorities. About ten internationally rated players of Sivakasi Chess Club trained mostly youngsters for about three hours in the evening daily. They also taught the nuances of the game to those who are already familiar with the game. All precautions with respect to the Covid 19, like wearing the mask during the session, sanitisation of the hands, keeping social distance were followed. 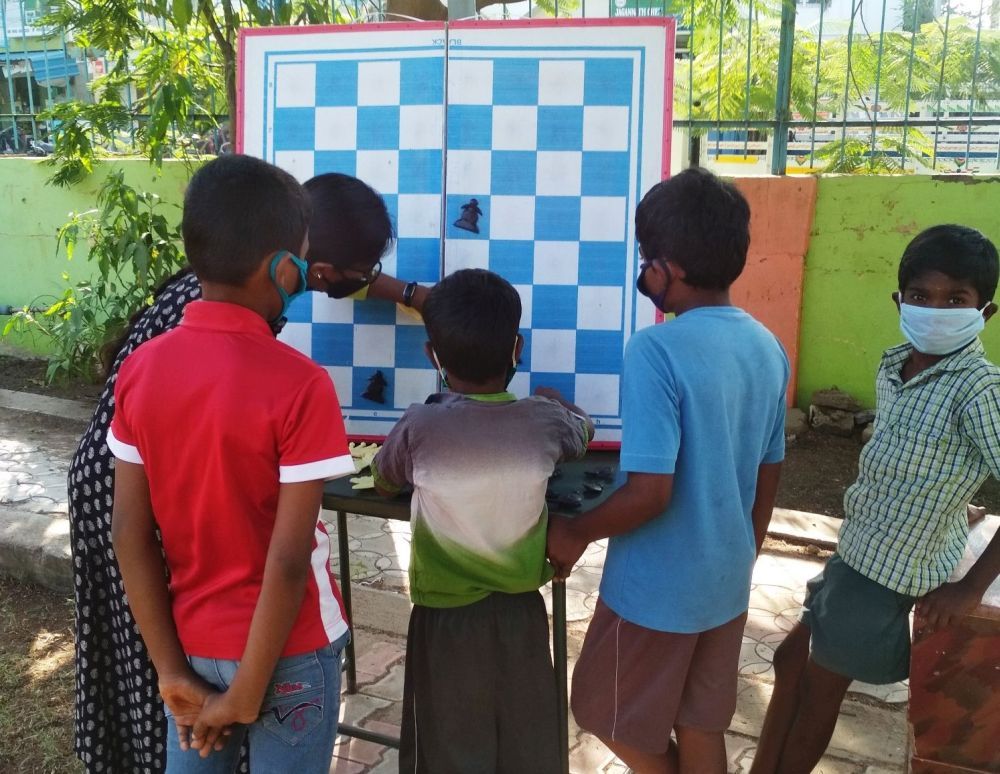 Teaching in the Park

K Marimuthu, a partially blind player from Sivakasi Chess Ckub, a former national under-15 champion (for visually challenged) who has also later represented India in the FIDE Online Olympiad for People with Disabilities enthralled the spectators by his skillful blindfold games. Many parents also felt that the programme was a relief to the children from the mental pressure created from the corona environment. Playing and learning in the Park environment

When Covid 19 was slowly under control in Tamil Nadu, Sivakasi Chess Club resumed its over the board activities. In October and November, it had two OTB tournaments with strength of 16 to 18, inviting strong nearby players, apart from its club members. FM Maheswaran P, a former Tamil Nadu state junior champion of Sivakasi won the first tournament and the second was won by TJ Rathish of Virudhunagar, studying at PSNA Engineering College, Dindigul under chess scholarship. The college has already provided free education, hostel and mess to scores of chess players, the latest additions being K Vigneshwaran and SV Kishore of Sivakasi Chess Club. 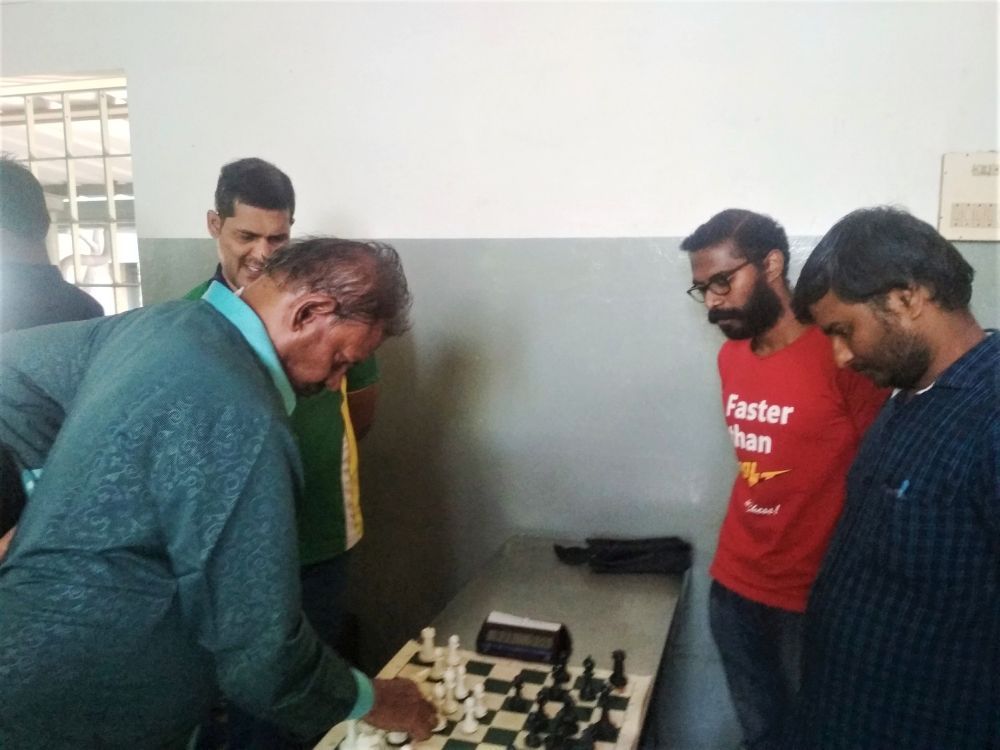 After two more matches by Sivakasi Chess Club and APS Chess Academy Rajapalayam, the former organized the Meenakshi Maruti friendly practice tournament in the Meenakshi Maruti Showroom under ideal conditions. The strong players could not hide their emotions and joyous expressions when they sat for the first round game. Harikrishnan and Sa Kannan tied for the first place with six points each from seven rounds and the former won on tiebreak. Muthaiah and Shyaamnikhil were third and fourth. IM Harikrishnan sent us an annotated game of his against IM Shyam Nikhil. 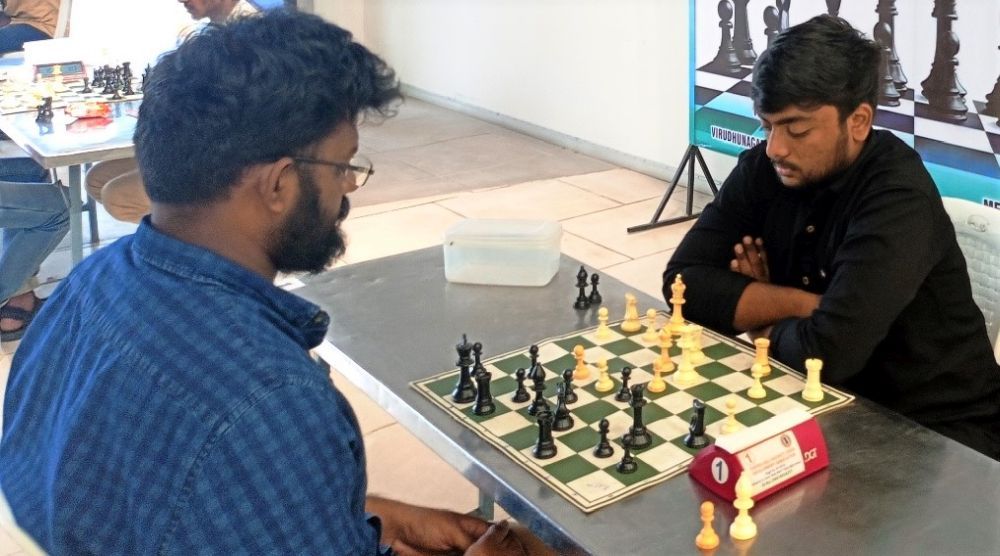 IM Muthaiah AL (left) lost to FM Senthil Maran K (2246) which pushed him to third place. Senthil Maran lost to the eventual runner-up Sa Kannan in the final round