Top seed of 68th Tamil Nadu State Open 2021, Pranav made a double hat-trick of wins to take sole lead with 6.0/6 at the conclusion of the sixth round. This is the first official FIDE rated tournament taking place in India in more than a year since Covid-19 pandemic disrupted all normalcy of the entire world. Pranav already delivered an impressive performance in a Playchess event - Yugam 2021 International Online Blitz Open, a week before this tournament started. Pranav is chased by five players who are 5.5/6. They are - Barath Kalyan M, Vignesh B, Subramanian R M, Nandha Kumar K and Shadhursshaan R. Photo: Niklesh Jain

First Official FIDE Rated tournament in India after over a year

On 29th of March, 68th edition of Tamil Nadu State Open Chess Championship commenced at Thamirabharani Engineering College, Tirunelveli. Total 368 players including one IM - R Balasubramaniam, are taking part in this five-day nine-rounds open rating tournament. The tournament is organized by Tirunelveli District Chess Development Association. College has provided the venue, hostel and bus facility to pick up and drop the players from the city. Permission has been obtained from the government, which instructed the covid-19 measures and they are strictly followed.

Top seed of the tournament unleashed a wrath on Eshwanth's king at the center of the board and made a quick work in just 22 moves. 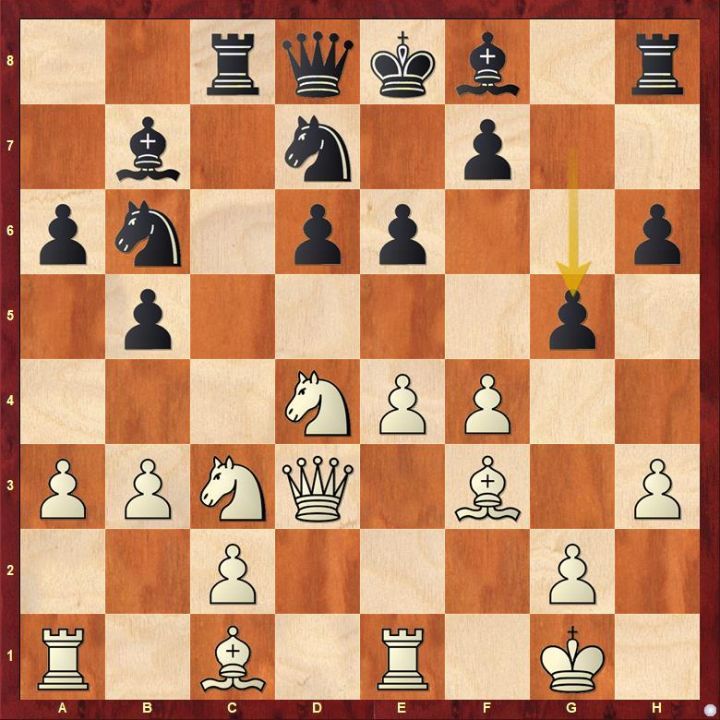 In an already difficult position FM Vinoth Kumar landed himself in a bigger trouble against Shadhursshaan R. 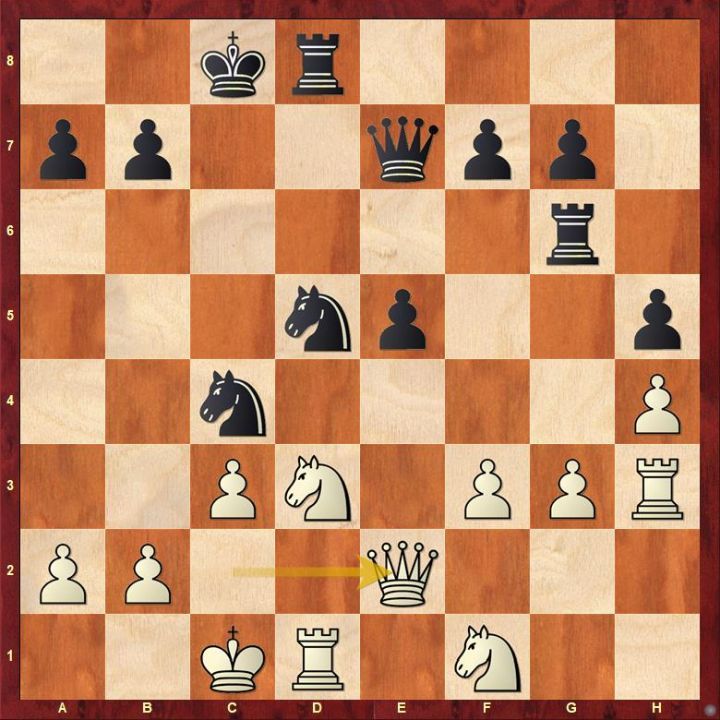 In Round 4, Aadith R held FM Senthil Maran K to a solid draw.

Sudharsan Gurukrishnan held second seed Lokesh N to a draw in the third round. The final position seemed to have a lot of play left. 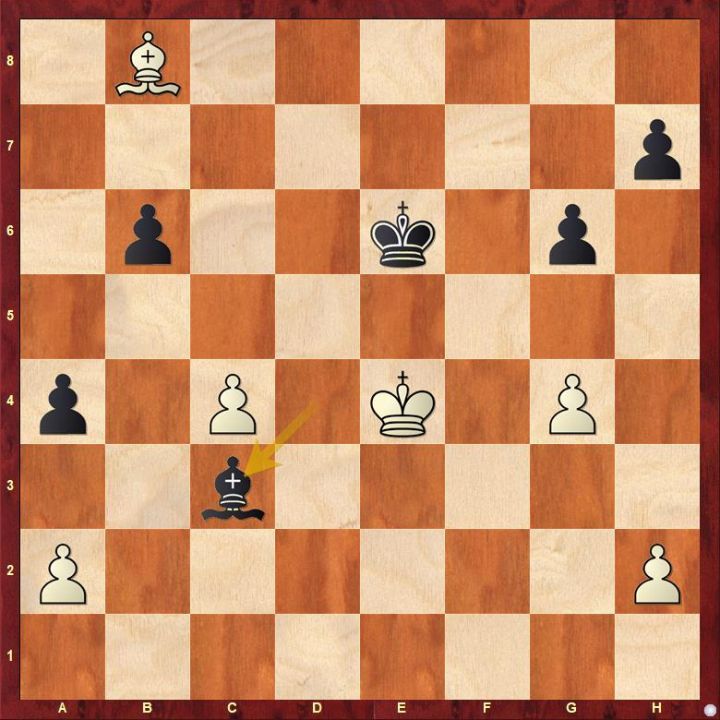 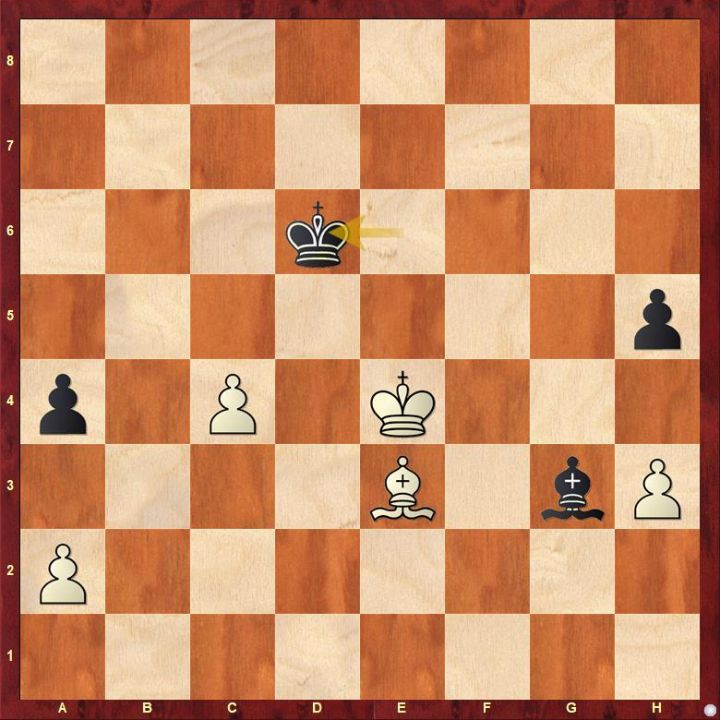 White could have pushed here with 43.Kf5. But of course time trouble could be the reason for black's mistake earlier and same could be assumed for white taking a draw here instead of continuing the game further. 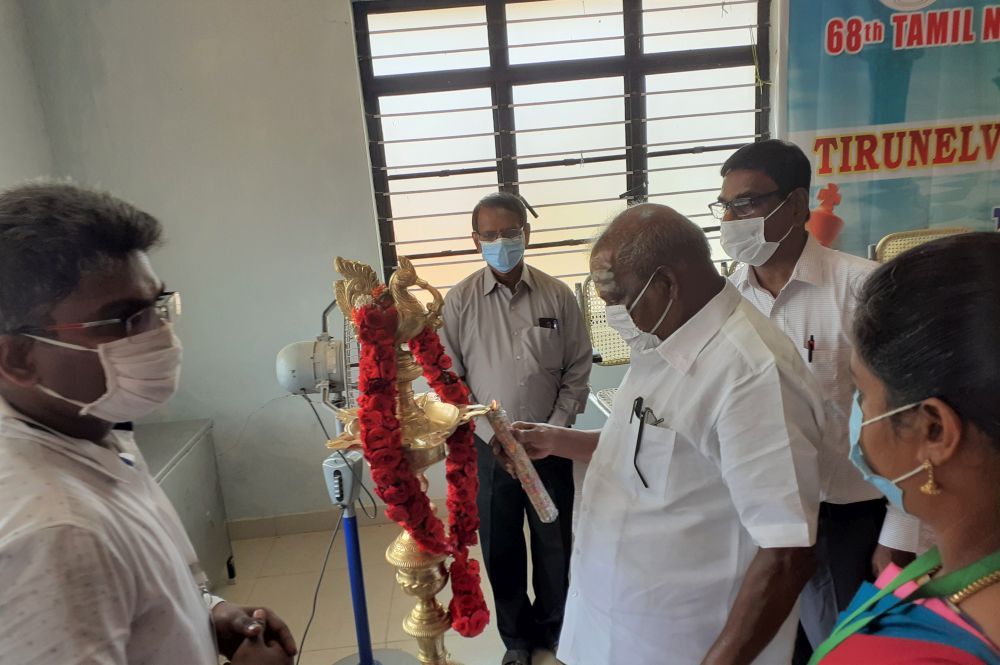 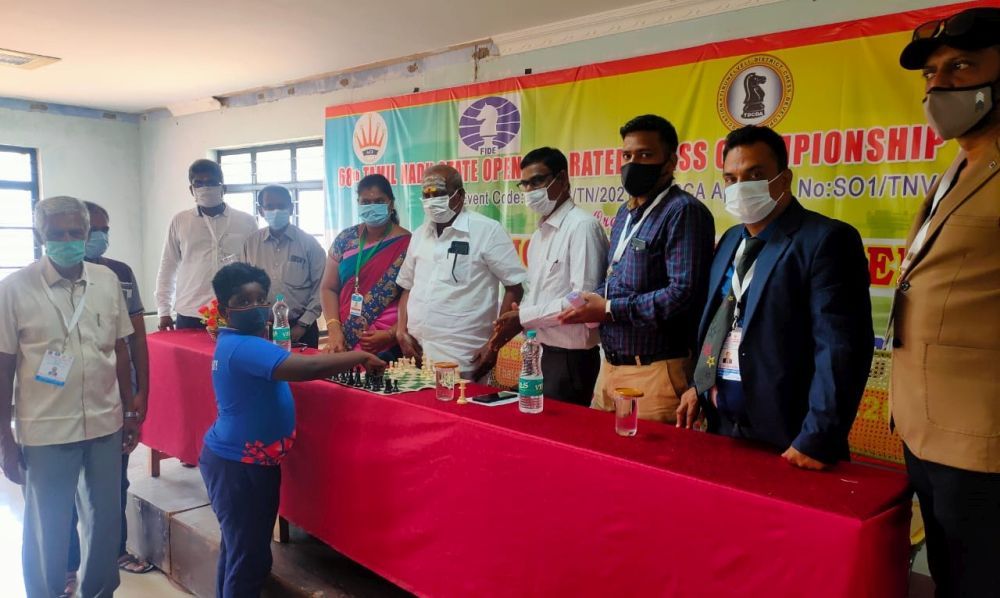 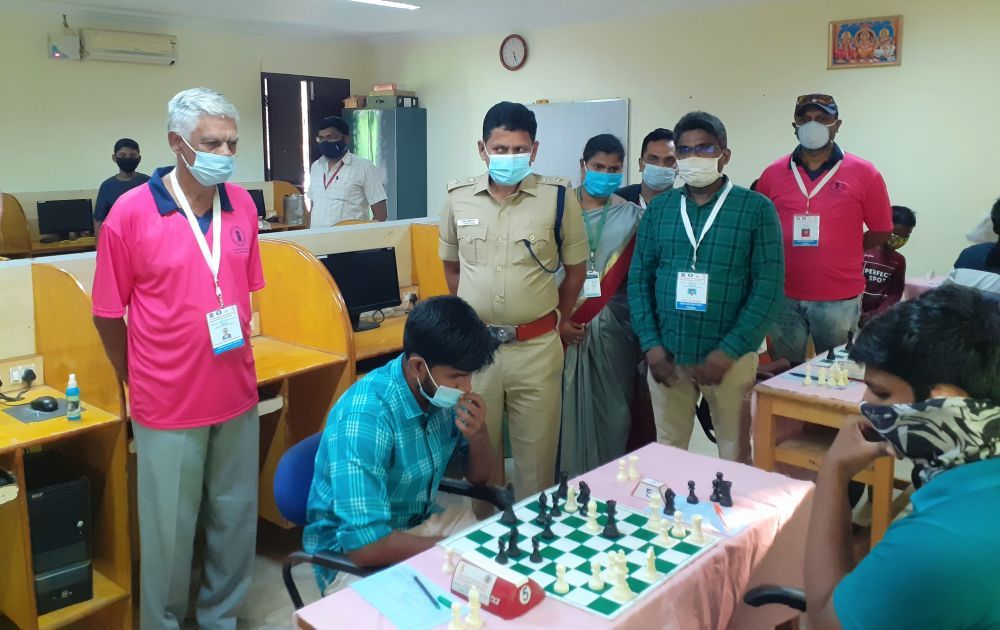 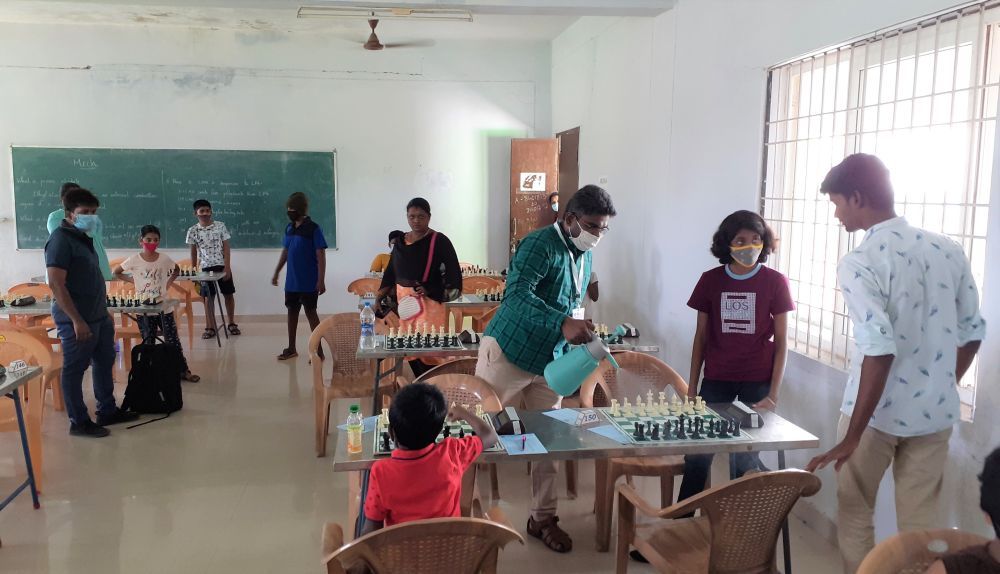 Sanitization in process before the round | Photo: IA Ganesh Babu S 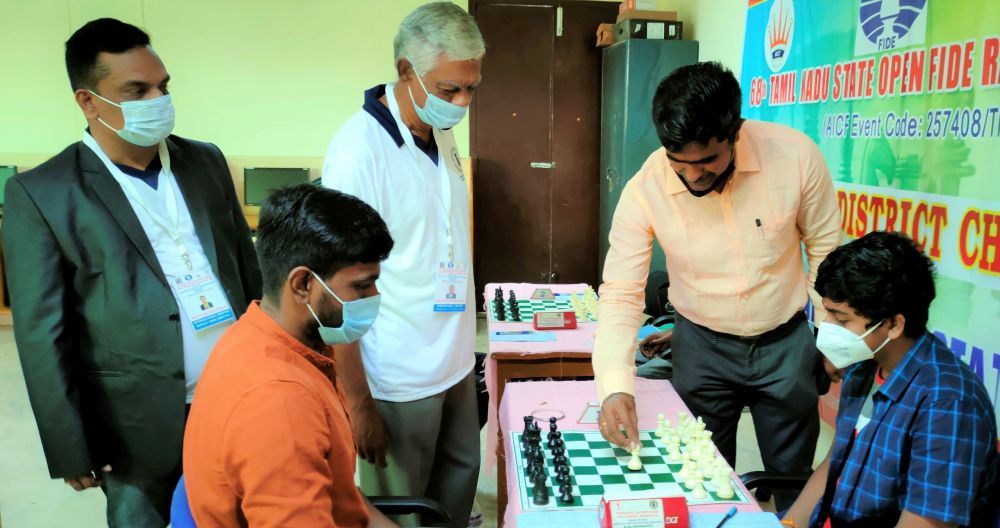 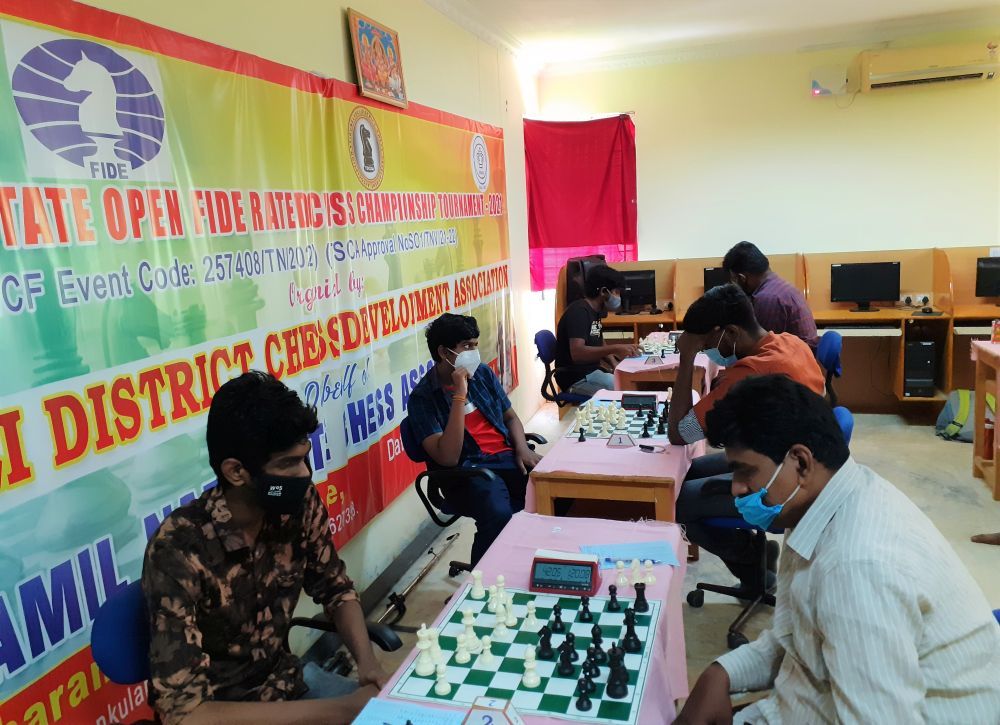 Located on the banks of the river Thamirabharani, Tirunelveli, also known as Nellai is a 2000 year old city and sixth biggest corporation in Tamil Nadu. It is about 700 KMs from Chennai and about 70 KMs from Kanyakumari, the southernmost point of India. Courtalam on the Western ghat, a very popular tourist spot with a lot of big waterfalls and a salubrious climate is about 60 KMs from here. Tirunelveli is well renowned for education also, housing many quality medical, engineering, arts, law colleges – some of them are as old as 140 years. 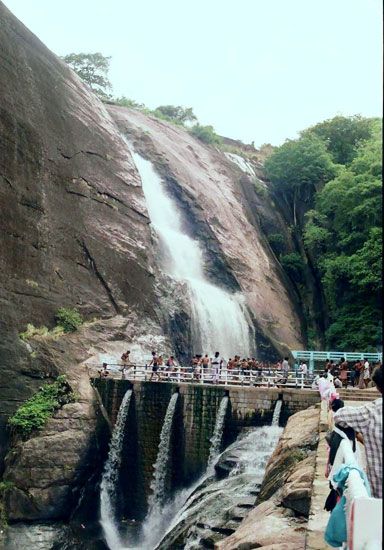