44th Chess Olympiad being just a few hourss away, Tamil Nadu is having several tournaments all over the state to celebrate the sporting event to ever take place in India. Among them, GRT Shasun Jain College Rapid and Blitz Rating Open tournament took place at Shasun Jain College for Women on 22nd and 23rd July 2022. The Blitz event had more participants than Rapid. GM Laxman R R emerged victorious in the Rapid. Both him and Arpan Das scored 8/9 each. He clinched the championship due to better tie-breaks. IM Pranesh M was adjudged third 7.5/9 among the three players who finished with the same score. Players from all over the country, Saudi Arabia, Sri Lanka, Sweden, United States of America and Wales took part in this event. Photo: Shahid Ahmed

In the Blitz event, IM Nitin S claimed his third Blitz triumph of the year by winning an absolutely cracker of a final round battle against Prasanna S. He knew a draw would not be enough and things would be decided in tie-breaks. So he went all-in and it paid off. Nitin finished a half point ahead of the competition at 7.5/8. IM Manish Anto Cristiano F and IM Ajay Karthikeyan scored 7/8 each to secure second and third place respectively. Top three prizes in the Rapid Rating were ₹100000, ₹50000 and ₹20000 each, for Blitz Rating they were ₹30000, ₹20000 and ₹10000. The total prize fund for the Rapid event was ₹350000 and for Blitz ₹150000. 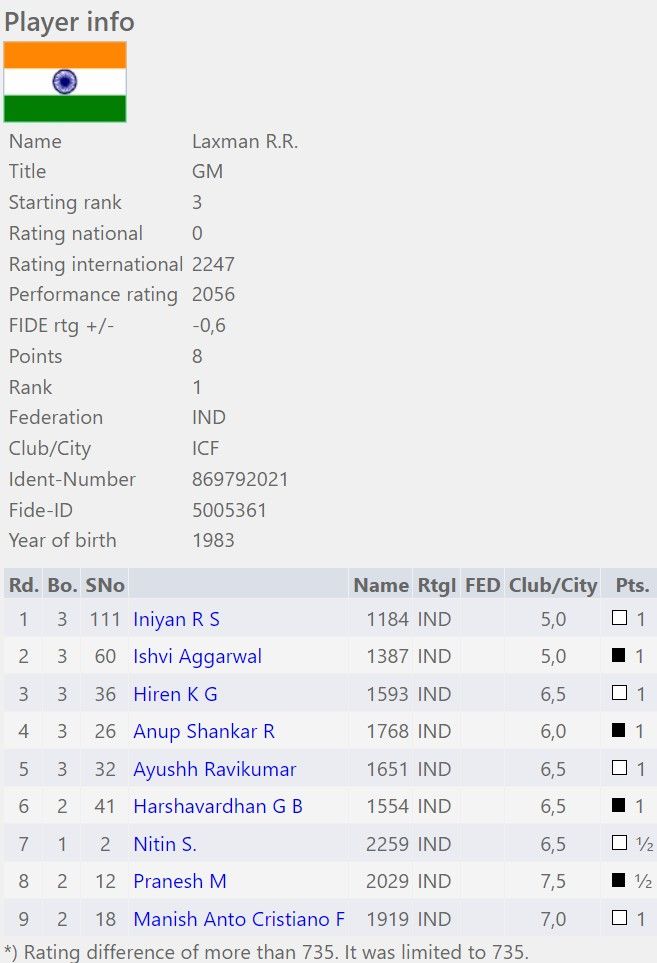 GM Laxman scored a crucial win in the final round to win the tournament
Runner-up - Arpan Das 8/9 | Photo: Shahid Ahmed 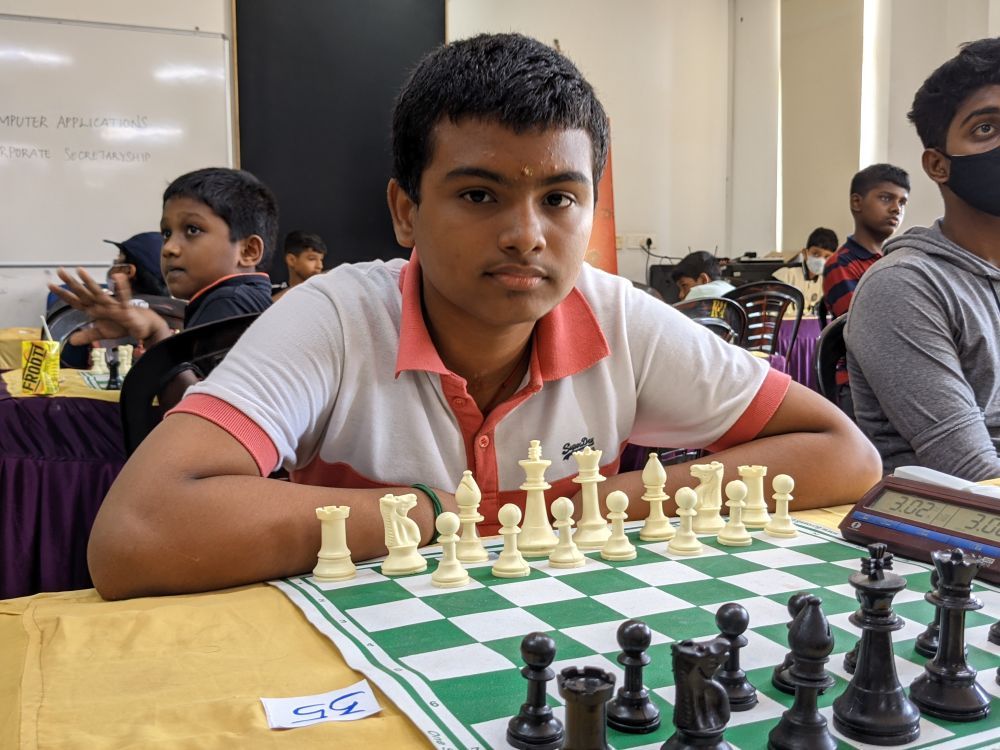 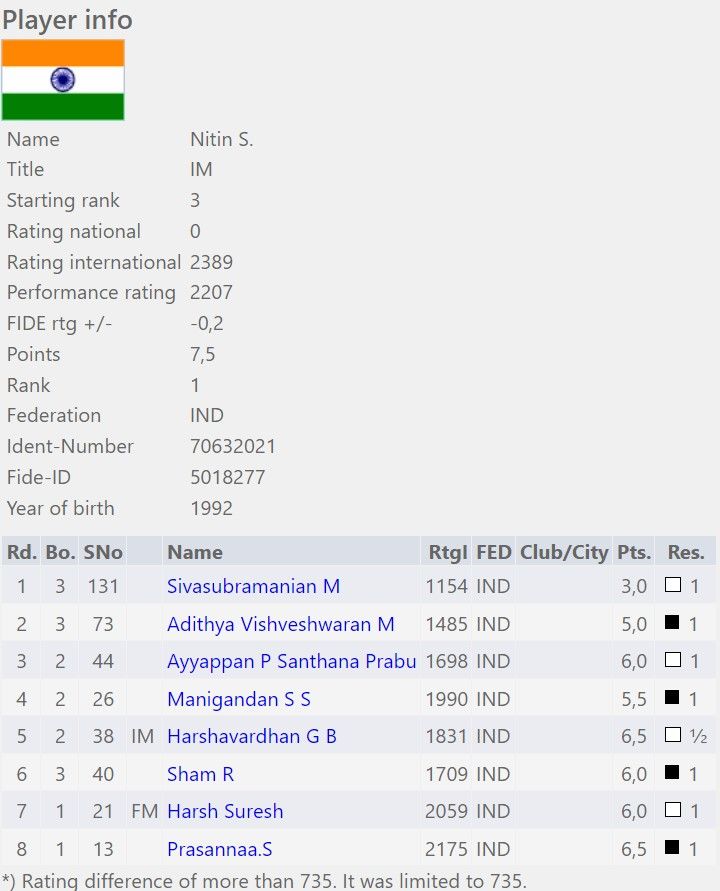 Nitin finished the tournament with a hat-trick to win the event, finishing a half point ahead of the field
Cracker of a finish in a Relentless king hunt | Prasanna S vs IM Nitin S | Video: ChessBase India
Runner-up - IM Manish Anto Cristiano F 7/8 | Photo: Shahid Ahmed 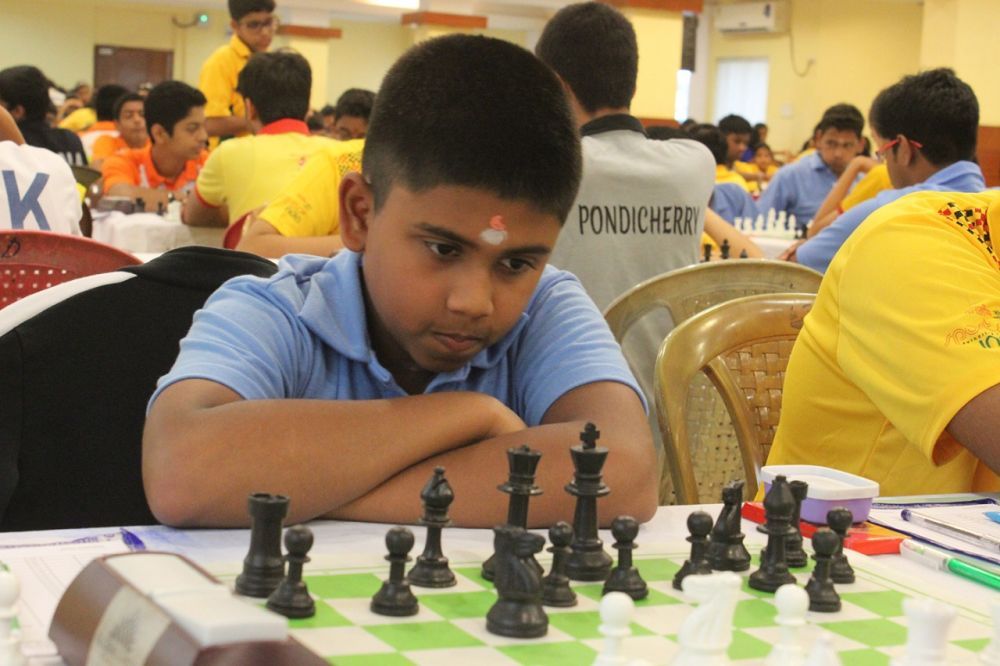 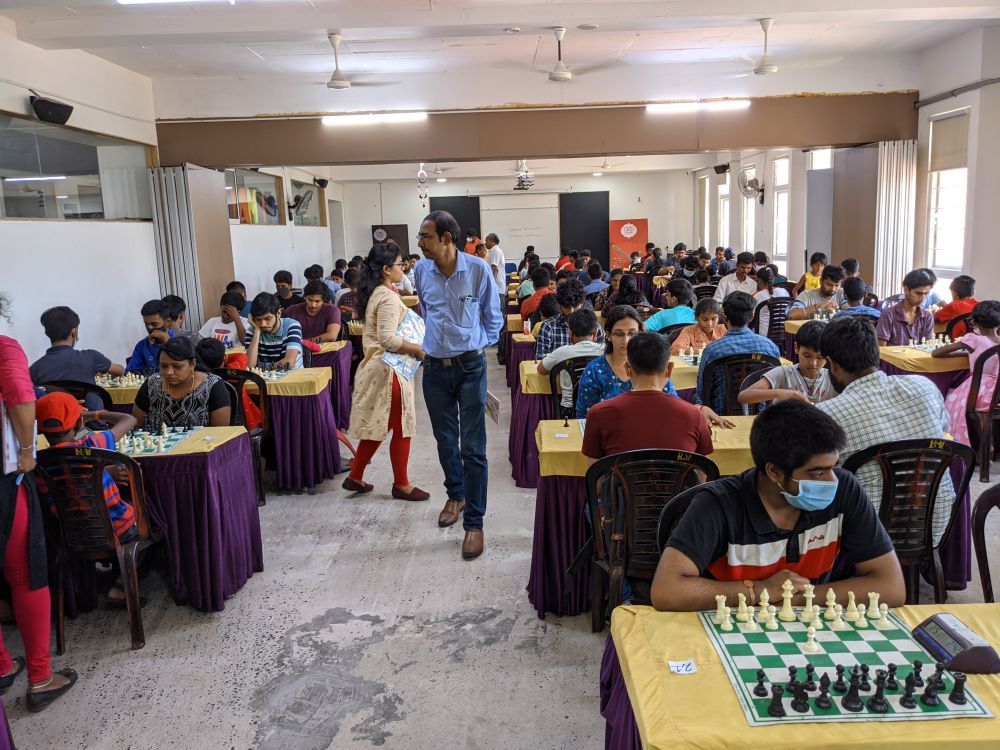 One of the tournament halls at GRT Shasun Jain College for Women | Photo: Shahid Ahmed

A total of 208 players including 3 GMs, 10 IMs and a WGM and 244 in Blitz including 4 GMs, 10 IMs and a WGM took part from India, Saudi Arabia, Sri Lanka, United States of America and Wales. The nine-round Swiss League Rapid Rating tournament took place on 22nd and 23rd July, the Blitz Rating tournament took place on 23rd July. The tournament was organized by Rooks & Knights Academy of Chess. The time control for the Rapid Rating was 15 minutes + 5 seconds increment and for Blitz it was 3 minutes + 2 seconds.