Top seed Laxman scored an unbeaten 6.5/7 and beat P R Hirthickkesh in an Armageddon match to win 2nd Open FIDE Rated Rapid tournament at Trichy, Tamil Nadu on 5th January 2020. Both Laxman and Hirthickkesh finished with 6.5/7 and had all their five tie-break score same, thus Armageddon was played to determine the champion. Hirthickkesh had to settle for the runner-up position. Eleven players finished at 6.0/7. IM B T Muralikrishnan was placed third due to his better tie-break score. Total 269 players participated in this one-day rapid rating tournament organized by Star Chess Foundation held at Trichy, Tamil Nadu. Photo: R Anantharam 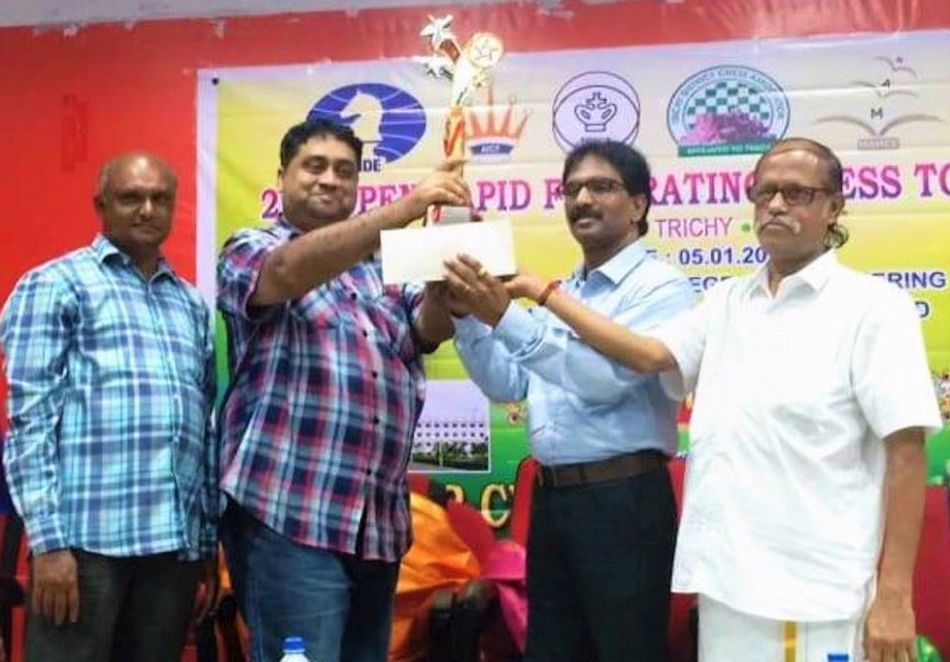 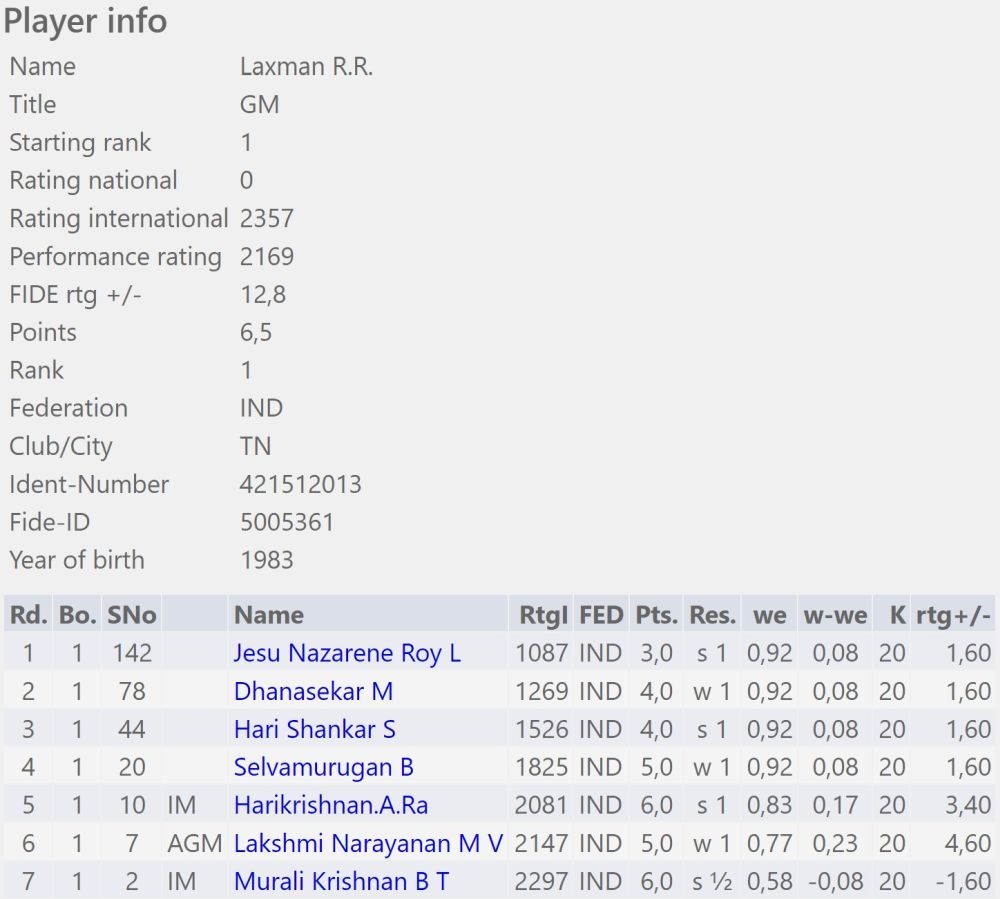 Out of the 269 players, thirteen players shared the lead with four points each at the end of the fourth round and the leaders included all the top tiled players. There were only four victories in the fifth round among the leaders, the important one coming from Laxman against IM Harikrishnan A Ra. 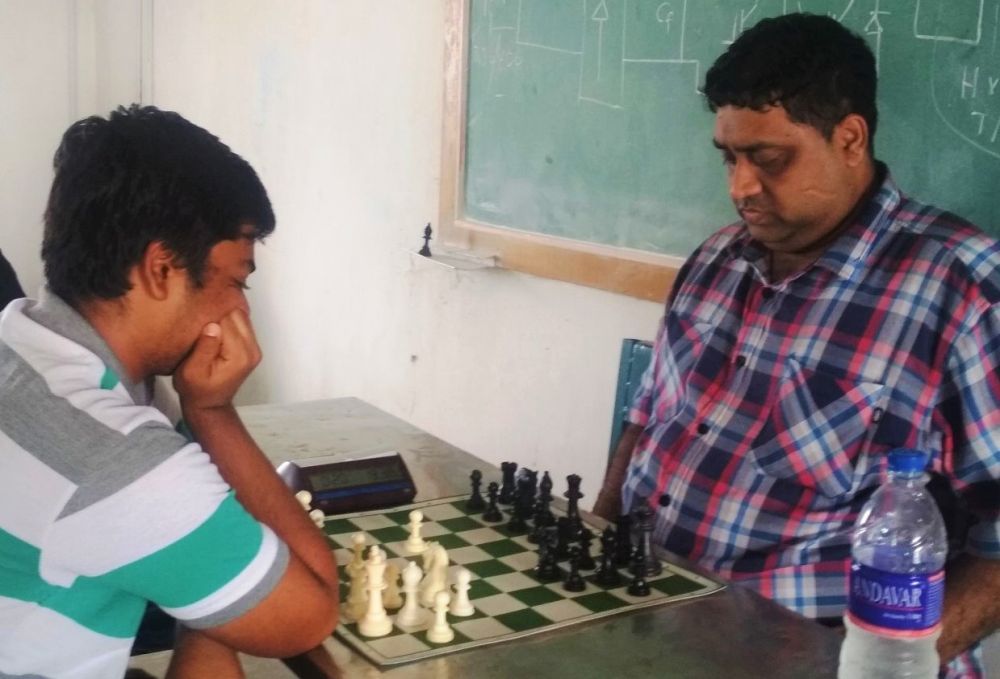 Muralikrishnan was forced to a draw by S Prasanna of Kanchi, leaving Laxman, Ram S Krishnan of BSNL, P R Hirthickkesh of Neyveli and M V Laxmi Narayanan of Kodaikanal in the front. Laxman scored his sixth consecutive win to stay on top at the end of the sixth round, followed by Muralikrishnan, Hirthickkesh, Ram and Prasannaa with 5.5/6 points each. 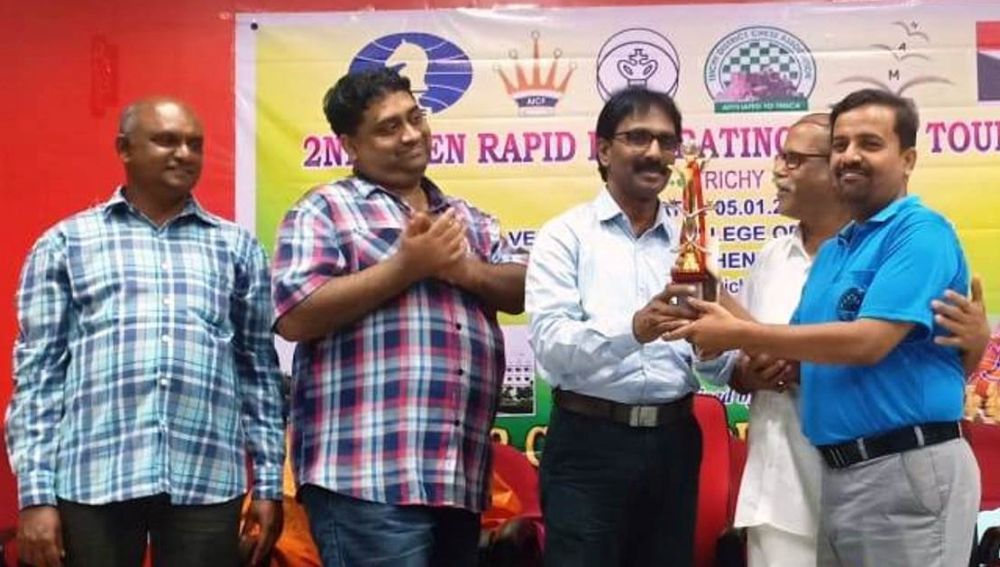 While Laxman agreed for a friendly draw with his friend Murali to reach 6.5 points, Hirthickkesh also collected the same number of points, beating Lakshmi. This resulted in a two-way tie between them and surprisingly both Laxman and Hirthickk were on par in all five tiebreaks. They played an Armageddon playoff to decide the champion. Laxman won the game convincingly to clinch the title. 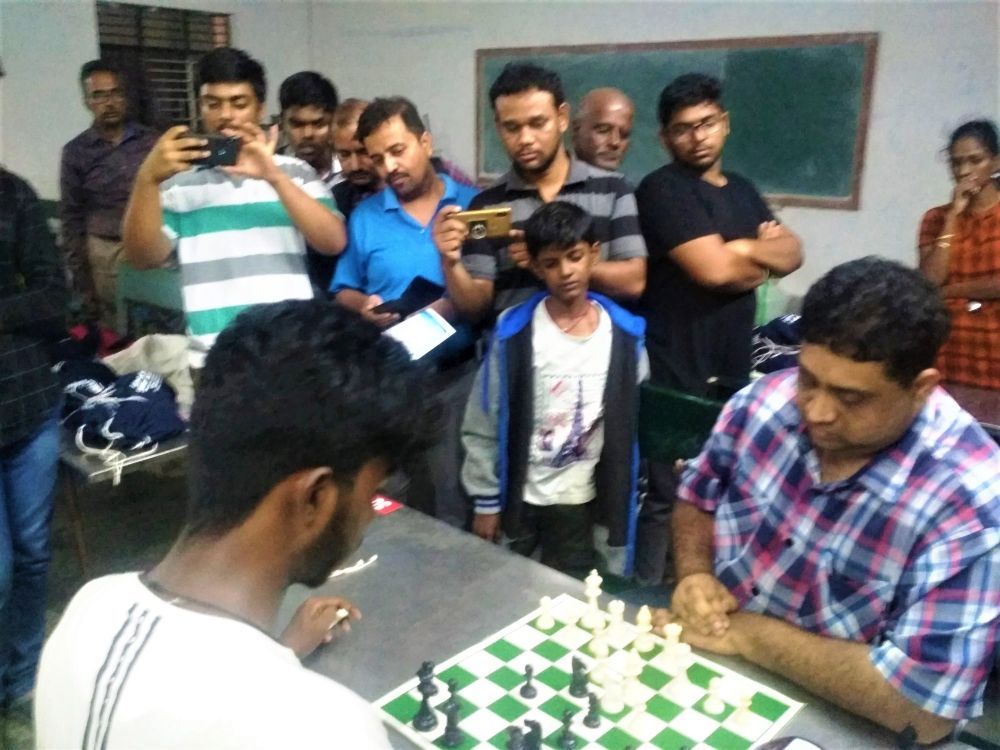 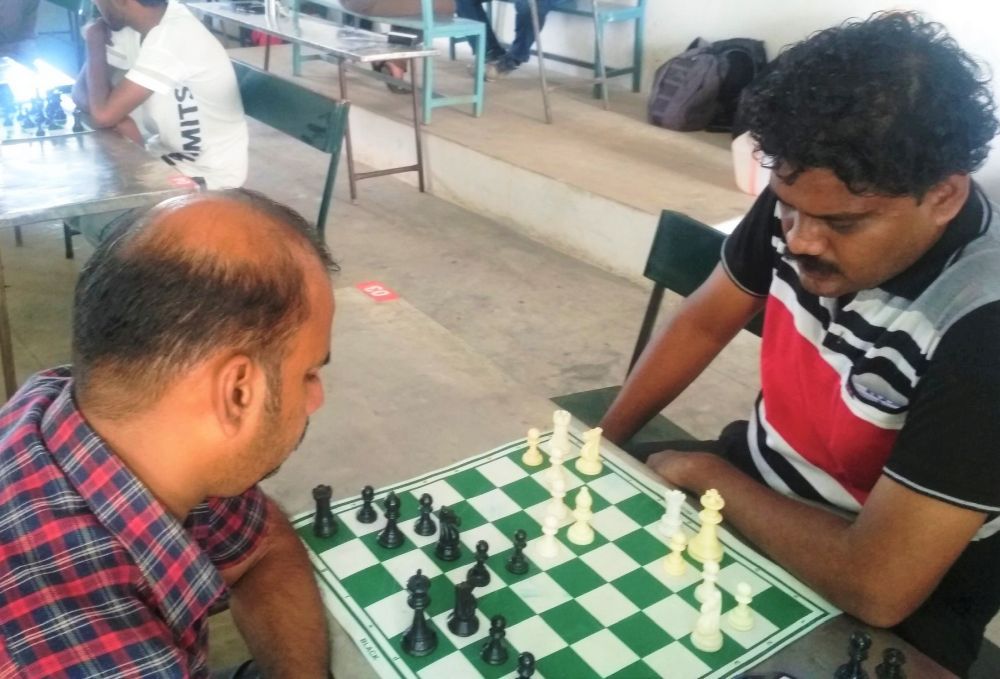 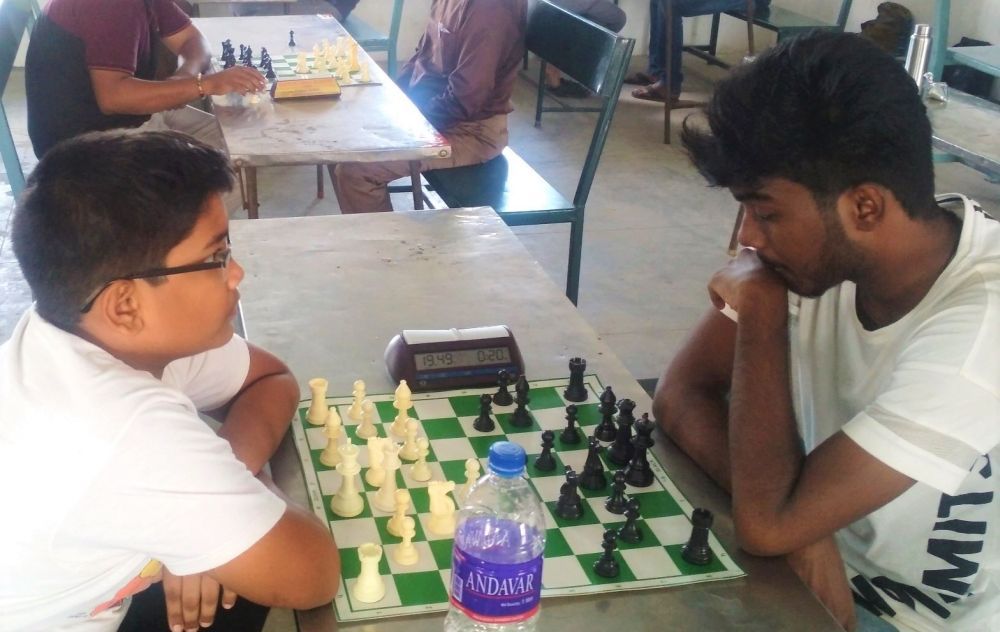 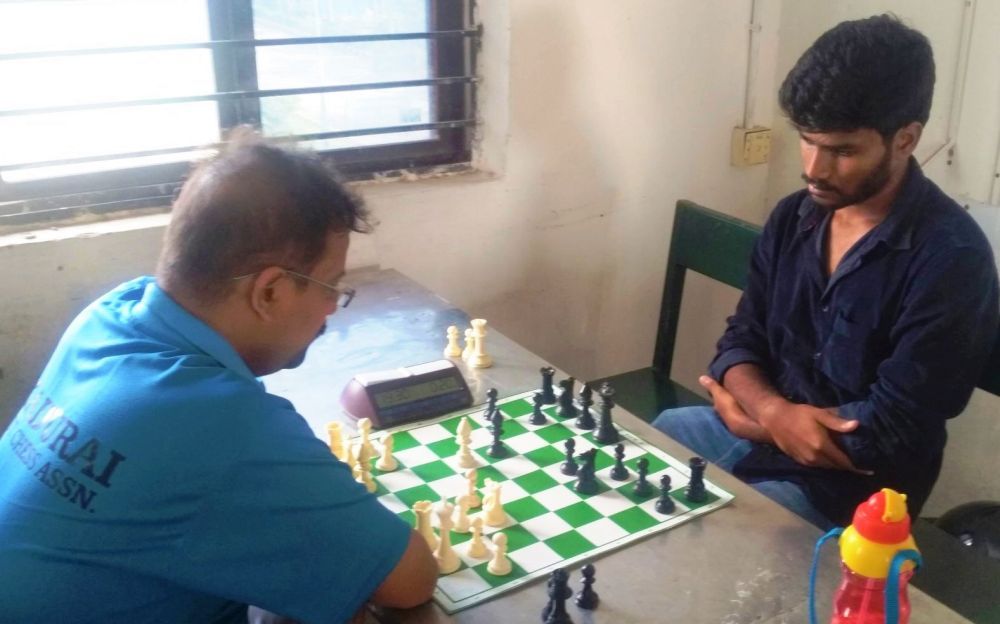 S Prasanna drew with IM Muralikrishnan in the fifth round. He finished sixth | Photo: R Anantharam 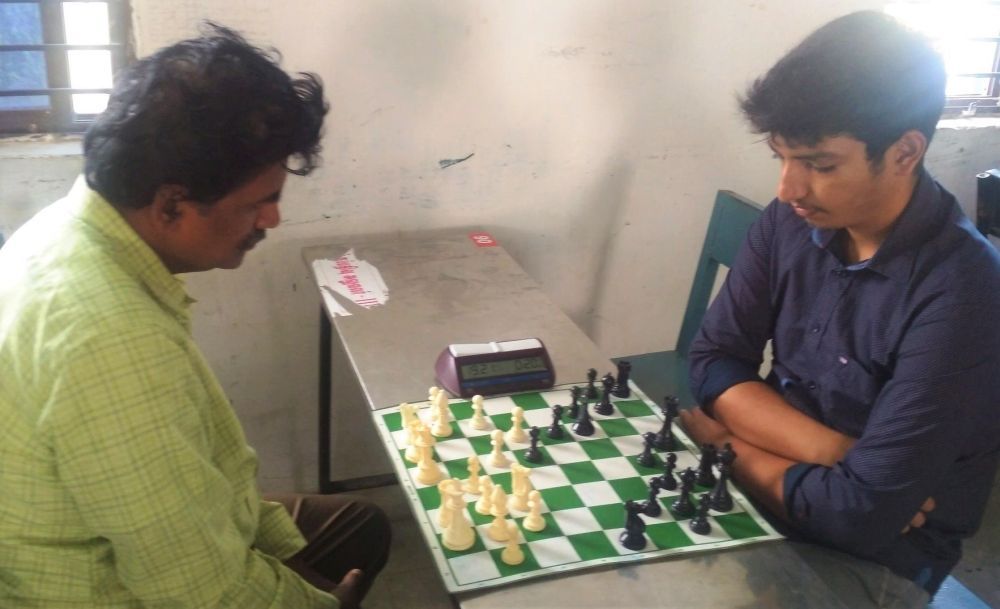 Star Chess Foundation under the leadership of P Ismail is promoting chess in Trichy, one of the biggest cities in Tamil Nadu by conducting many rating tournaments. The venue MAM Engineering college is just about 10 km away from Srirangam, the largest functioning temple in the world.

Sri Ranganathaswamy Temple, Srirangam Trichy on the banks of the river Cauvery

Situated in between the two rivers Cauvery and Kollidam, the 236 feet high gopuram is an amazing view. 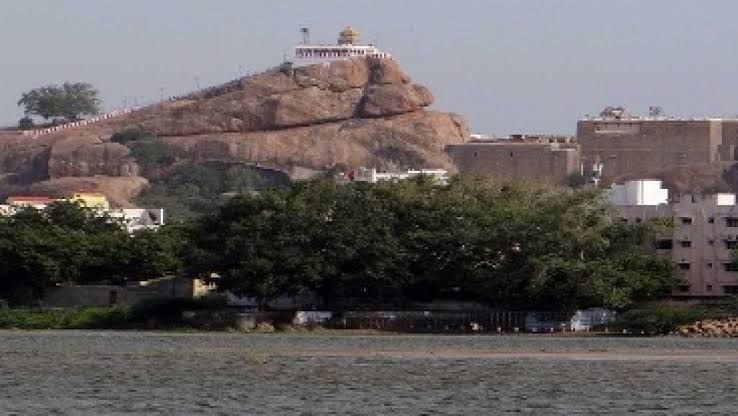 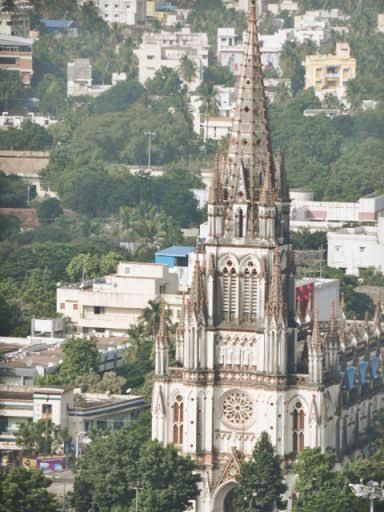 St Joseph's church and the college are very popular in Trichy 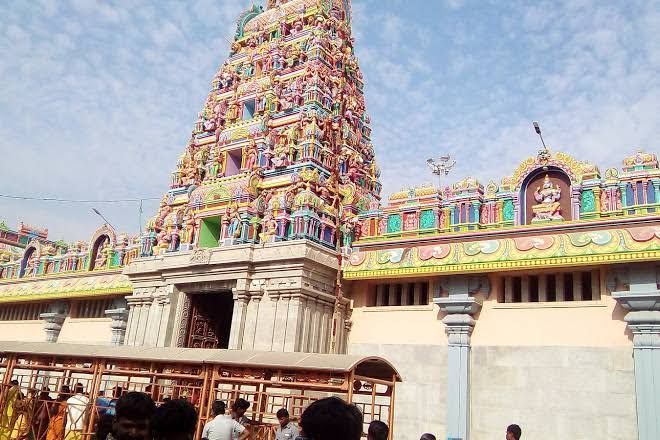 Total 269 players in this one-day rapid rating tournament organized by Star Chess Foundation at MAM College of Engineering, Siruganur, Trichy. The tournament was well conducted at a very short notice.