Top seed Bodugu Giribabu dominated the field as he scored 5.0/5 to win Nellore District Senior Chess Championship for the first time in his career. He finished a half point ahead of the competition. 8-year-old Mithilesh P was definitely the star performer of the event as he scored 4.5/5 and remained undefeated to secure the second position. Sriram Haricharan Bellamkonda was placed third with 4.0/5. A total of 43 players from Nellore district of Andhra Pradesh participated in this one-day five-round event. Photo: FI Abdul Azeez Shaik

B Giribabu won all five of his games to win Nellore District Championship. This was the first over-the-board official selection tournament in Andhra Pradesh state in over-a-year. The most impressive performance was by 8-year-old Mithilesh P as he scored an unbeaten 4.5/5 to secure second position. Six players finished at 4.0/5. Sriram Haricharan Bellamkonda secured third place according to tie-breaks.

Can you see the tactics which Akshaj has done against Geethika? | Photo: FI Abdul Azeez Shaik

Here is a diagram of the position: 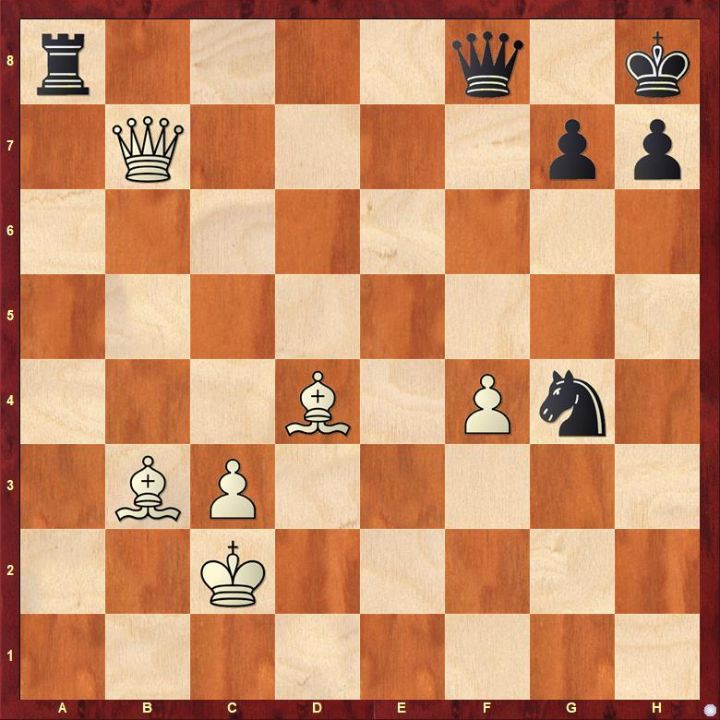 Six-year-old Akshaj found the beautiful tactics here in his debut tournament. This was his first and only win of the tournament, so it is definitely an incredible feat for him. 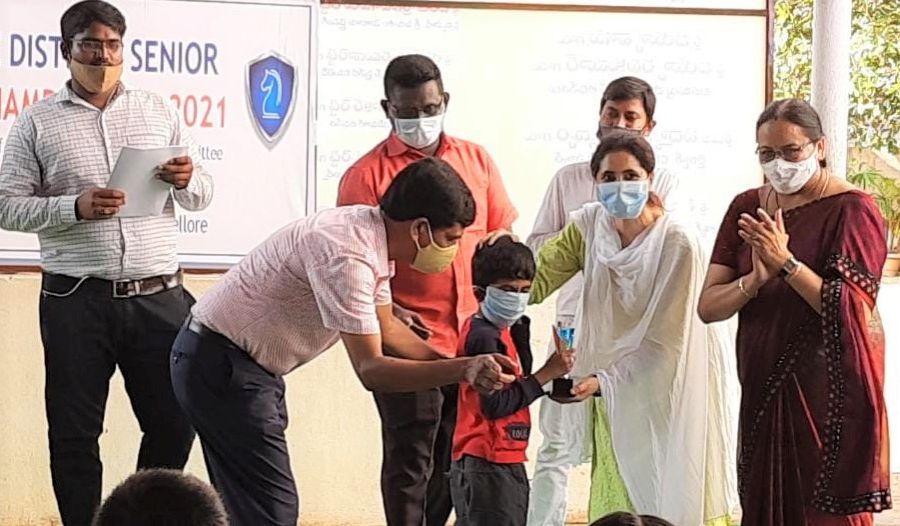 A total of 43 players participated from Nellore district of Andhra Pradesh in this one-day fuve-round Swiss league event. The tournament was organized by Mastanbabu P from 10th April 2021.

A special thanks to FI Abdul Azeez Shaik for sharing wonderful photos, info and games from the event.