Harikrishna continues his fantastic form from the FIDE Online Olympiad and Polish Team Championship, as he scored an unbeaten 5.0/6 in the first three rounds in Saint Louis Rapid Online. He started the day with a fine victory over Dominguez then he made a solid draw with Firouzja. In the third round of the day, he beat Grischuk who tried too hard to push for a win. Carlsen lost to Nepomniachtchi in Round 2 due to disconnection. Aronian also finished the day with 5.0/6, sharing the lead with Harikrishna. Round 4 resumes tonight from 11:30 p.m. IST. Photo: Saint Louis Chess Club Live stream

Harikrishna made a fantastic start at the Saint Louis Rapid as he scored an unbeaten 5.0/6 points in the first three rounds. Aronian also scored the same and they share the lead at the end of Day 1. Harikrishna chose his game against Grischuk as his highlight of the day where he felt Grischuk could have taken a draw anytime he wanted in the endgame but he pushed too hard as he suffered a loss in the previous round and then eventually lost the following game too. Meanwhile, World Champion Carlsen lost against Nepomniachtchi in Round 2 due to disconnection which cost him two valuable points and he finished the day with 3.0/6 at fifth place. So and Nepomniachtchi are at shared third place with 4.0/6 points. 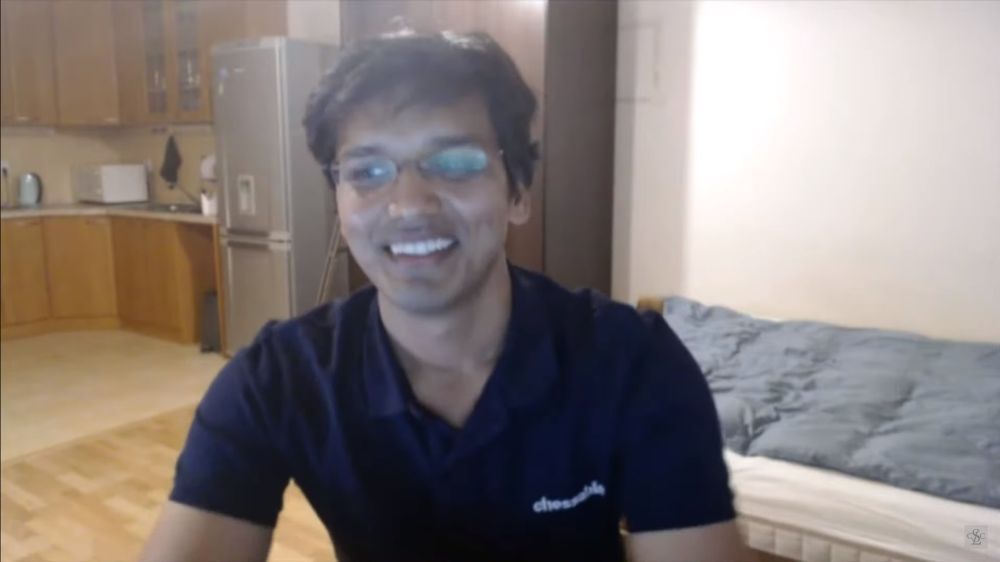 Harikrishna was all smiles at the end of the day | Photo: Saint Louis Chess Club Live stream

Harikrishna scored a victory over Dominguez in the first round. In an equal position, Dominguez made a strange decision. 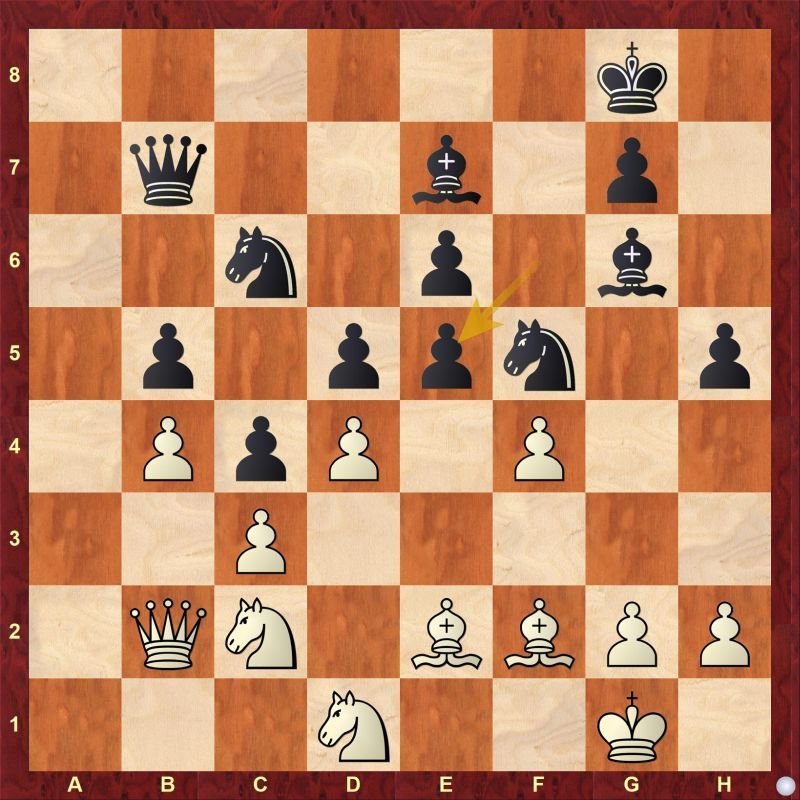 The game continued with 26.dxe5. If white had played 26.fxe5, then he wouldn't have been in trouble. 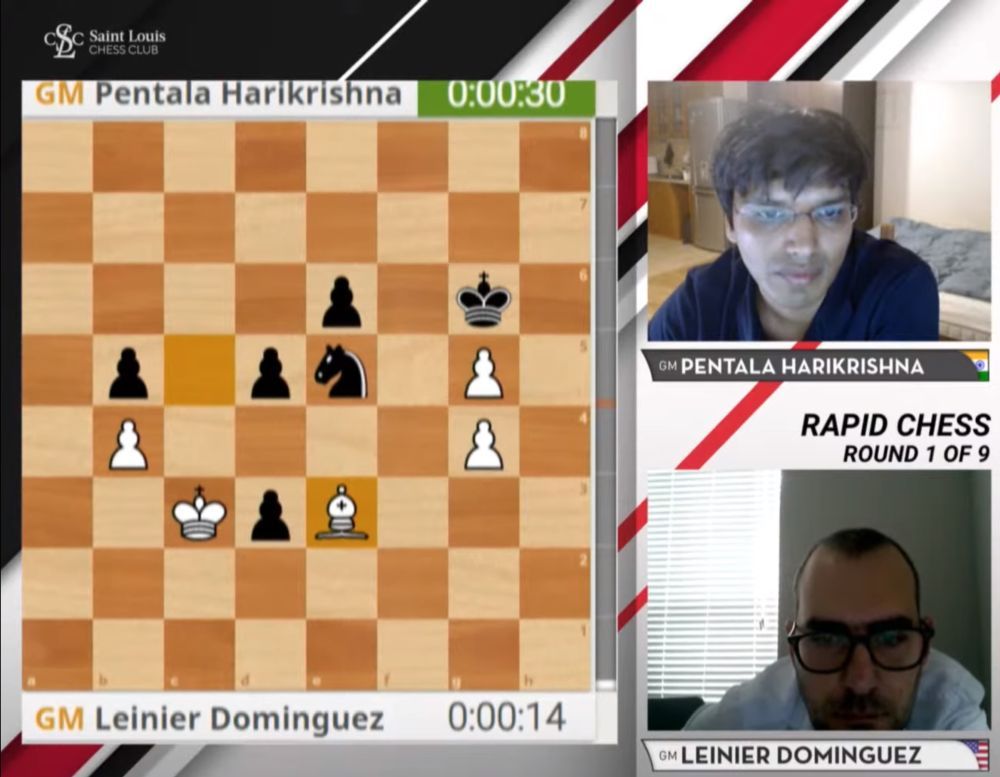 In the very first round of the tournament, Nakamura faced Carlsen and this time the American made a questionable decision about the World Champion's passed pawn which cost him the game. 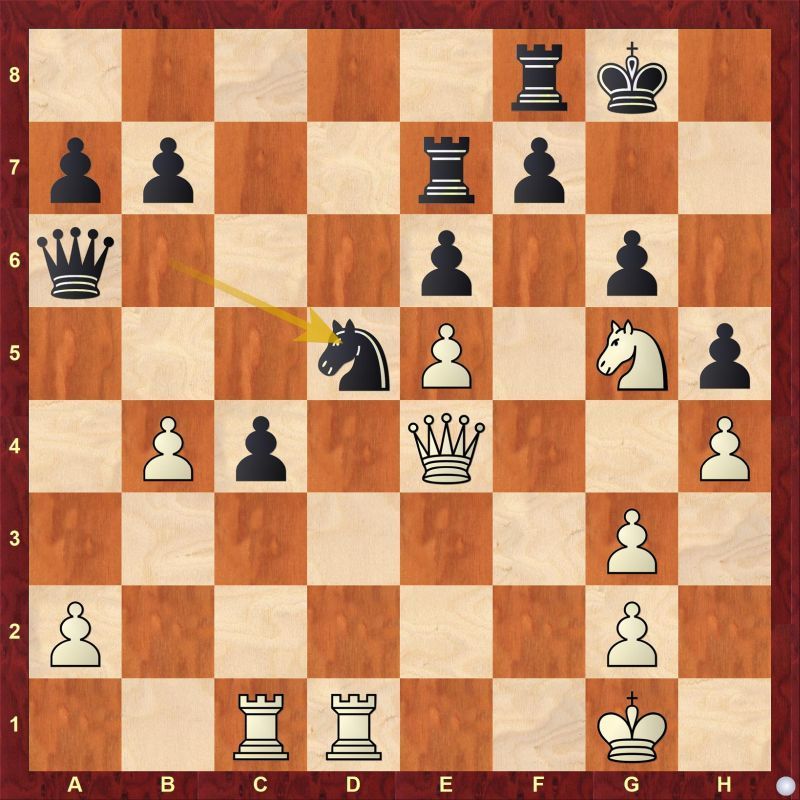 The first thing that comes to mind is to take c4-pawn, however white decided to play 24.Kh1 which allows black to protect the c4 pawn and eventually win the game. White wouldn't have been in trouble after 24.Rxc4 Ne3 25.Qxe3 Qc4 26.Ne4 and white seems to be okay here. 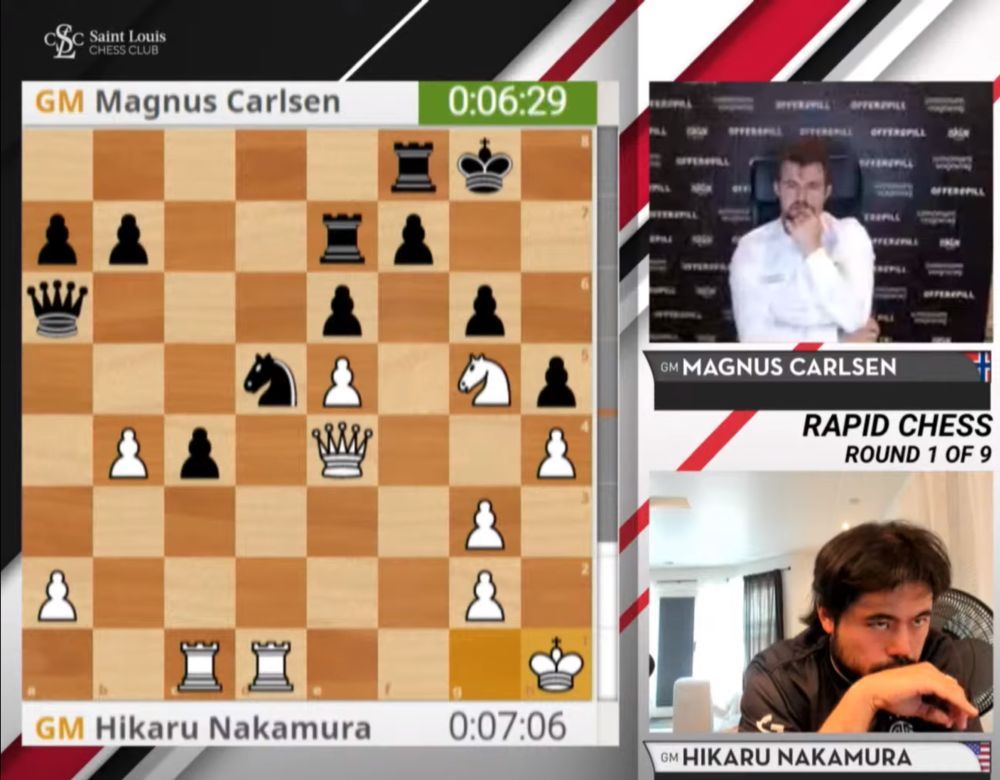 The most interesting game of Round 1 was between Aronian and Firouzja. After a series a of exchanges, the following position was reached. 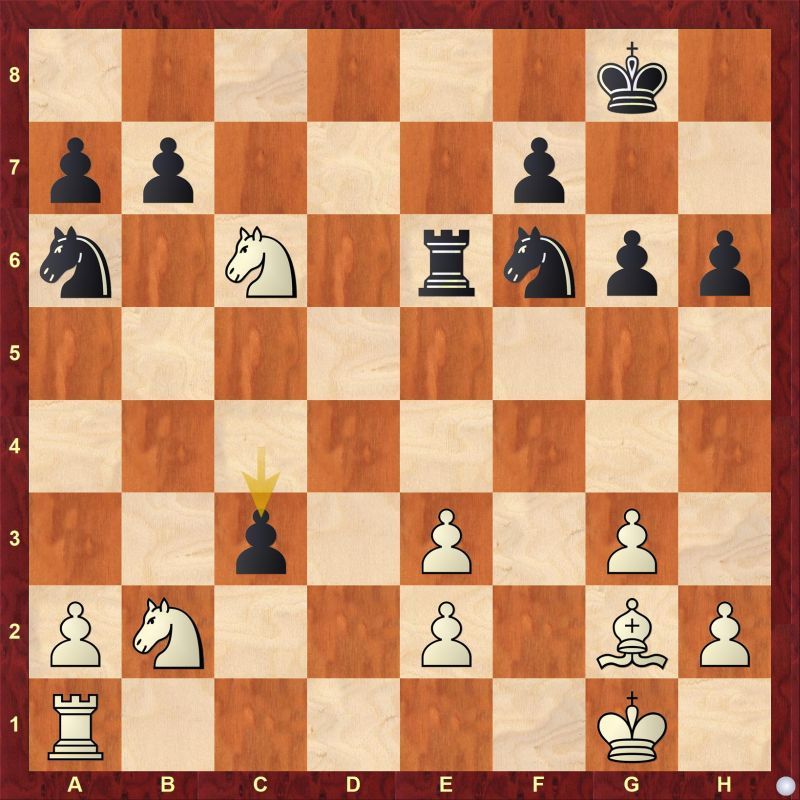 Find out the best continuation for white here. The game continued with 22.Nxa7 which is certainly not the best way to continue for white. 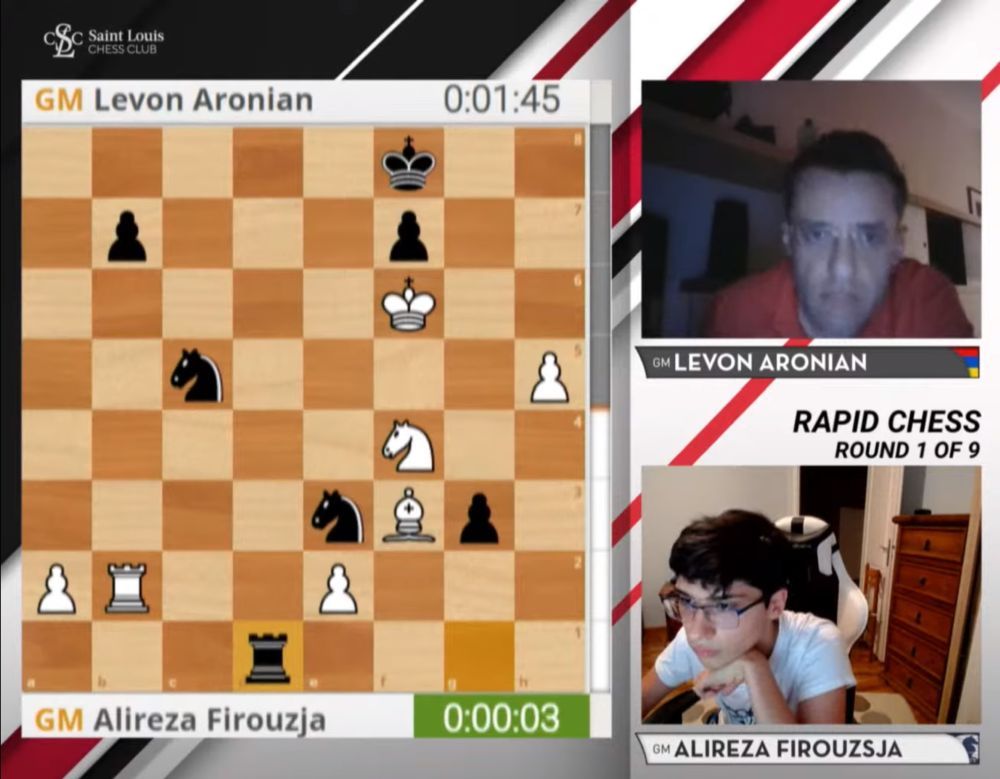 Find out the final chance Firouzja had here to save the game after 38...Rd1 | Photo: Saint Louis Chess Club Live stream

Nepomniachtchi surprised Carlsen with 3...h5 and eventually won the game due to disconnection. 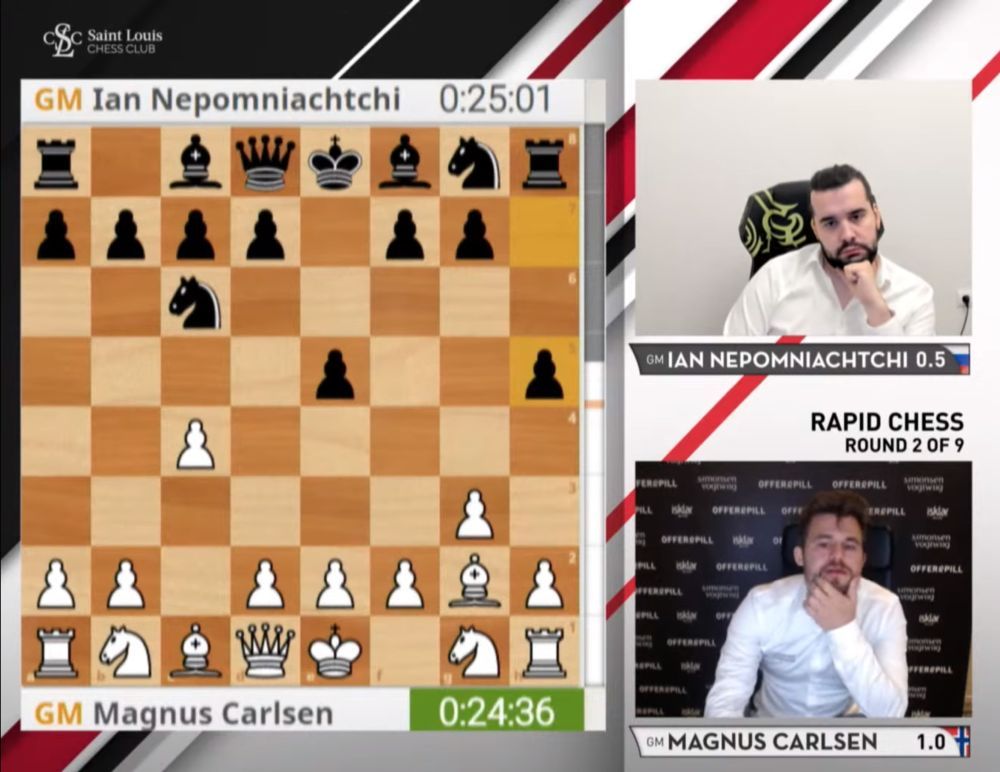 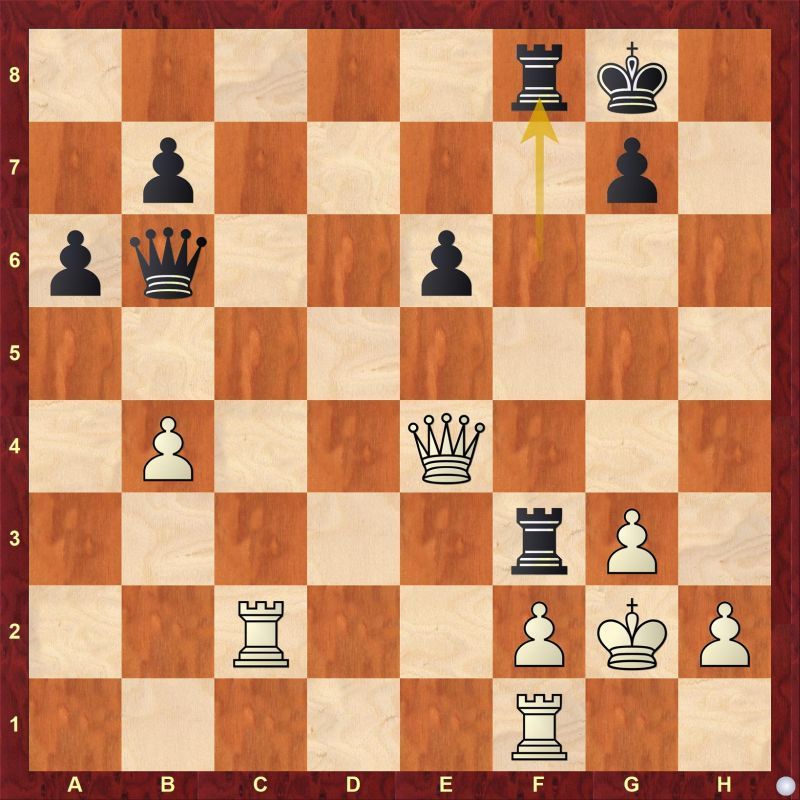 Just when it seemed like Carlsen equalized his position and things are about to get interesting, the World Champion got disconnected and thus had to forfeit the game.

Grischuk was completely winning against Aronian, however he misplayed and his advantage evaporated. 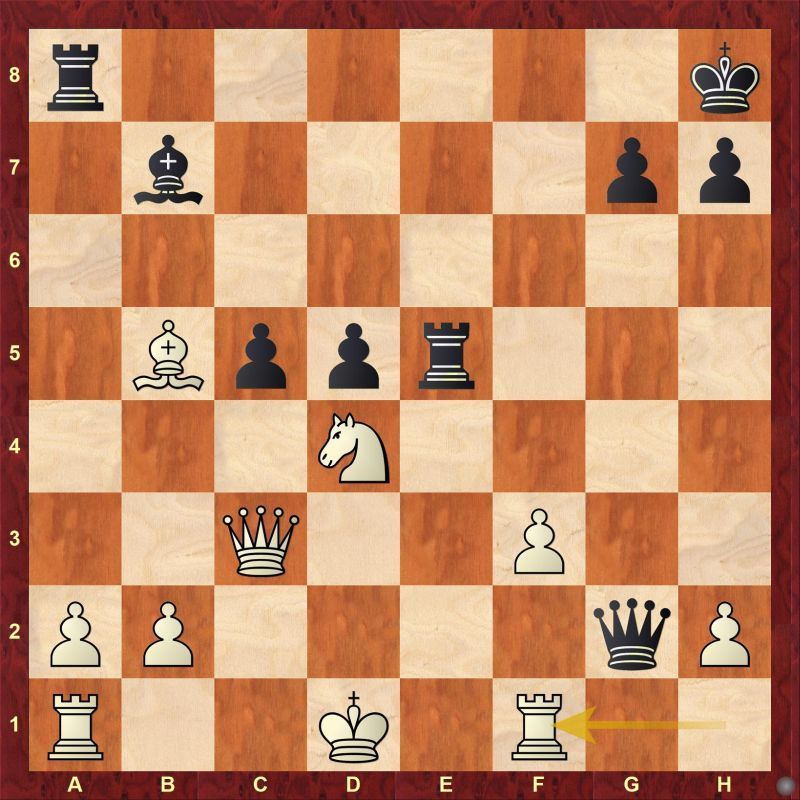 The game continued with 25...cxd4 which was not the best move. Find out the winning continuation for black here. 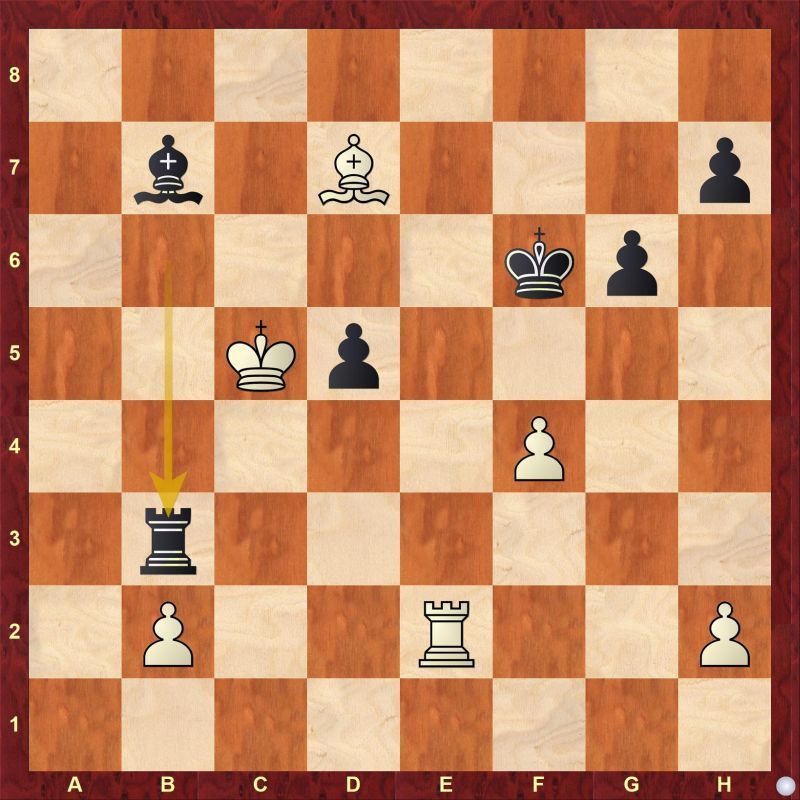 White had an easy winning continuation after 36...Rb3 which was not played in the game. Find out what was it. 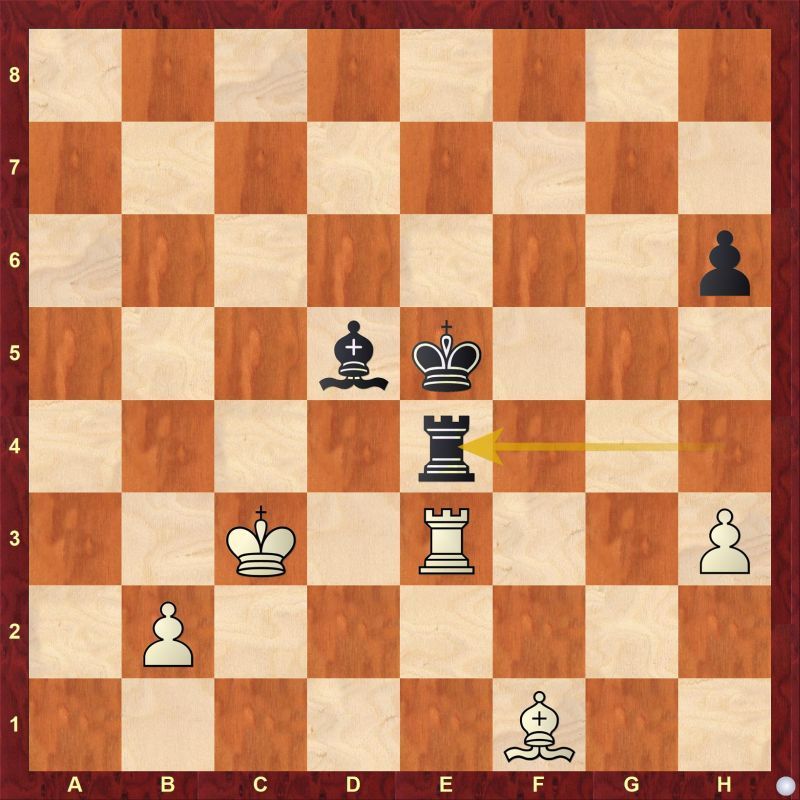 The final mistake in the game was 53...Re4 as the resultant Bishop ending is completely winning for white. It's just a matter of time and we are all well aware of the fact that Aronian can easily convert it, even if he has few seconds left on the clock. Nepomniachtchi and Aronian had a hard-fought draw. However at one point, it seemed like Aronian could have pushed for a bit more. 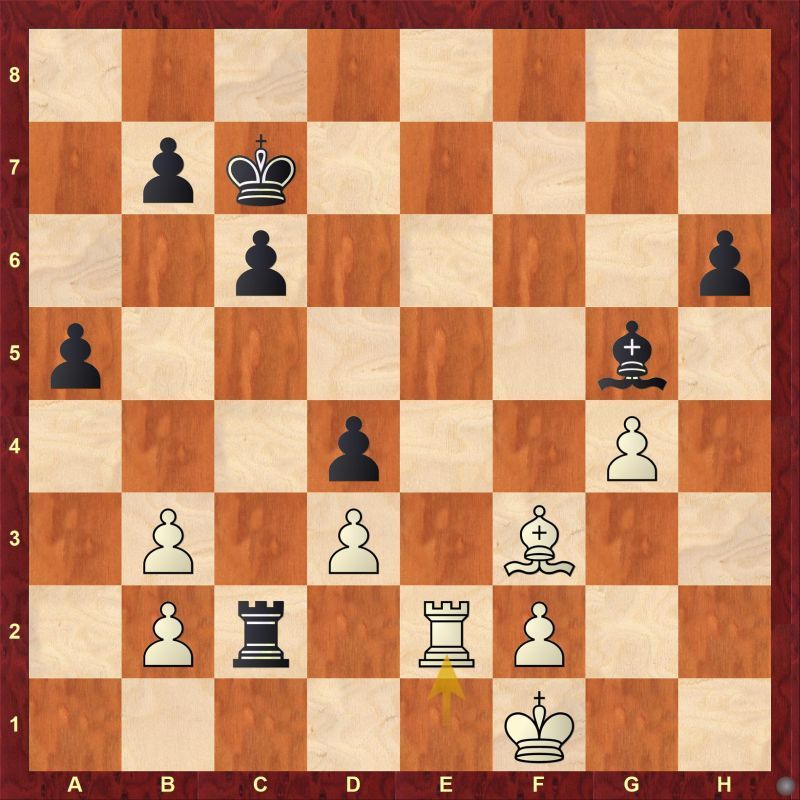 The game went on with 37...Rxe2. It goes without saying that the resultant Opposite Color Bishop ending is a draw. Can you find something better for black here?

The only decisive game of Round 3 was between Grischuk and Harikrishna. 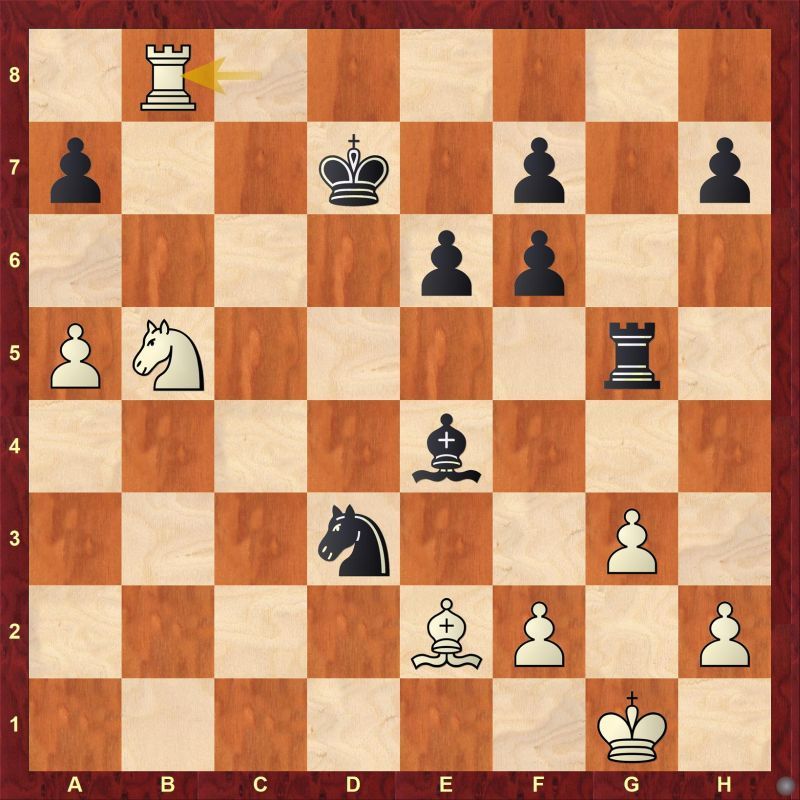 What is the best continuation for black after 26.Rb8 ? Find out why 36.Re7+ is a mistake and what white should have done instead.

Dominguez got a completely winning position against Nakamura, however he missed his chance to seize the advantage. 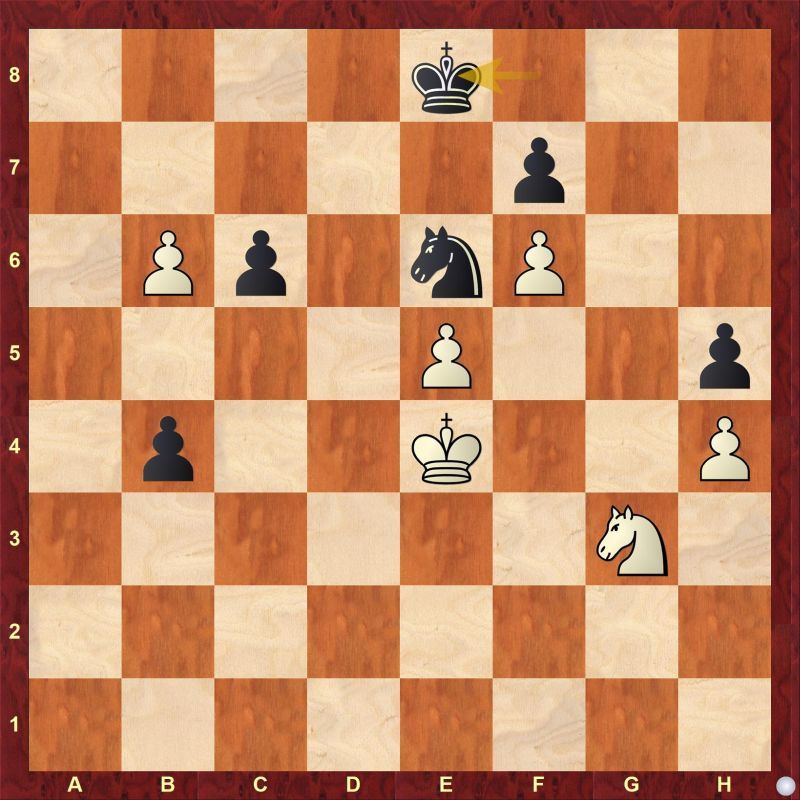 This was perhaps the most clear winning way white had in the game. Find out the winning continuation for white after 41...Ke8

Aronian and Harikrishna are in a shared lead | Photo: Saint Louis Chess Club