Carlsen got back at the top by scoring all three wins and took sole lead with 9.0/12. Harikrishna had a tough day. Despite starting well against both Nepomniachtchi and Carlsen, positional and tactical mistakes respectively cost him two important games. So and Nepomniachtchi share the second position at the conclusion of Day 2 with 8.0/12. So scored a win and two draws, while Nepomniachtchi scored two wins and a loss. Previous day joint leader Aronian lost to Carlsen and then made two draws. The last three rounds of Rapid stage, Round 7 resumes tonight from 11:30 p.m. IST. Photo: Saint Louis Chess Club Live stream

So and Nepomniachtchi are close behind

Harikrishna did not have a great day as he lost his games against Nepomniachtchi and Carlsen. The only scoring game was against Aronian where he made draw. Although he had a good position against Nepomniachtchi and time advantage against Carlsen, a positional and tactical mistake against them respectively cost him the game. Carlsen won all his games to take the lead with 9.0/12. He beat overnight leader Aronian in the first game then he beat Dominguez by doing a beautiful combination, capitalizing on his opponent's tactical error. So and Nepomniachtchi are at shared second position with 8.0/12. So's sole win of the day was against Dominguez when the latter misjudged his opponent's attack. Nepomniachtchi bounced back with a victory against Nakamura after losing a 21-move miniature against American prodigy Xiong. 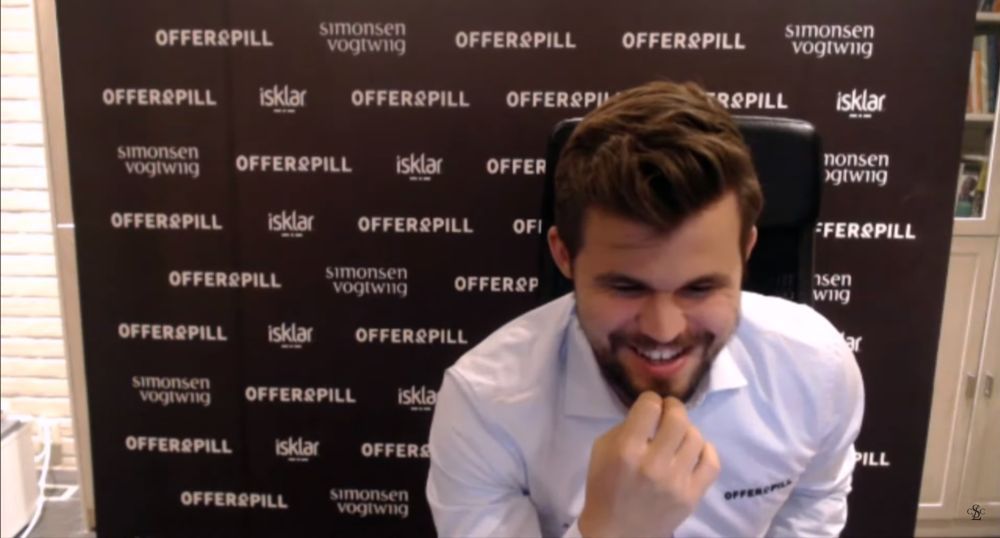 Carlsen made sure he had backups of his internet| Photo: Saint Louis Chess Club Live stream

Carlsen outplayed one of the overnight tournament leader - Aronian. The latter got into a difficult position after the opening and could not recover later. 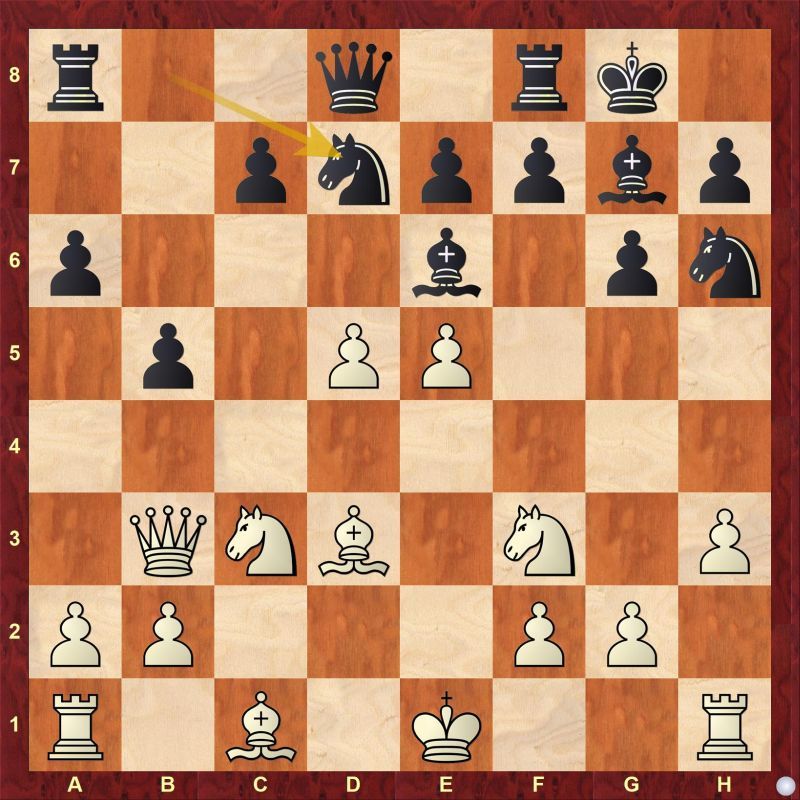 Find out why 12...Nd7 is a mistake and what black could have played instead. 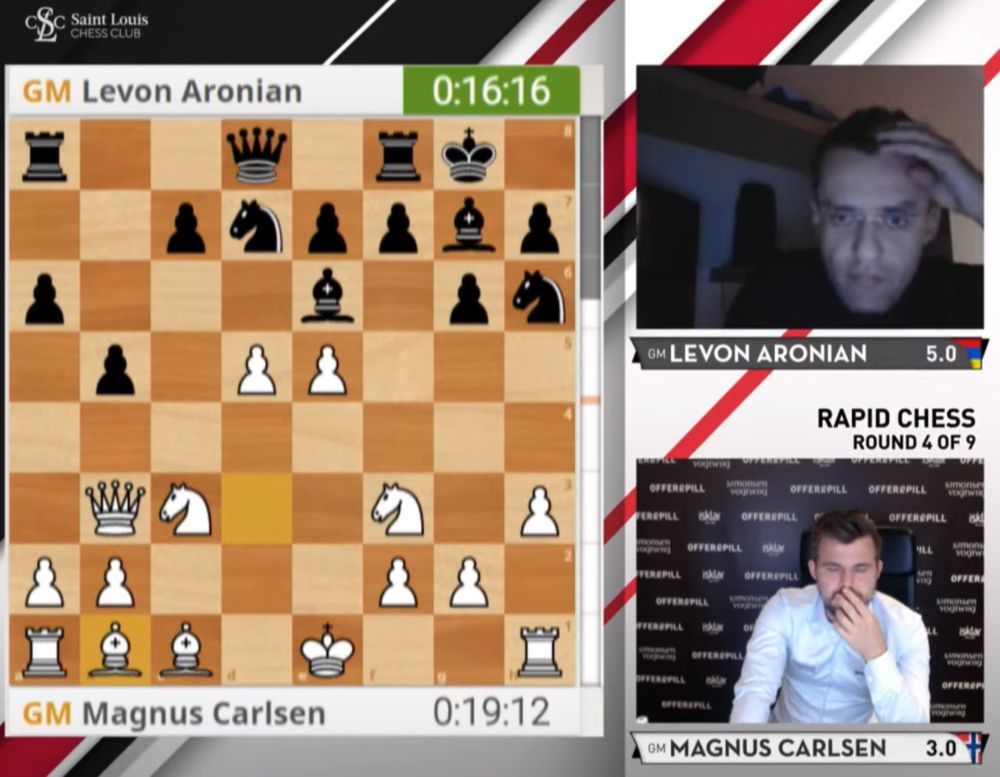 Dominguez had a seemingly equal position and he was doing fine despite So having an initiative. Then he allowed So to launch an attack and everything fell apart. 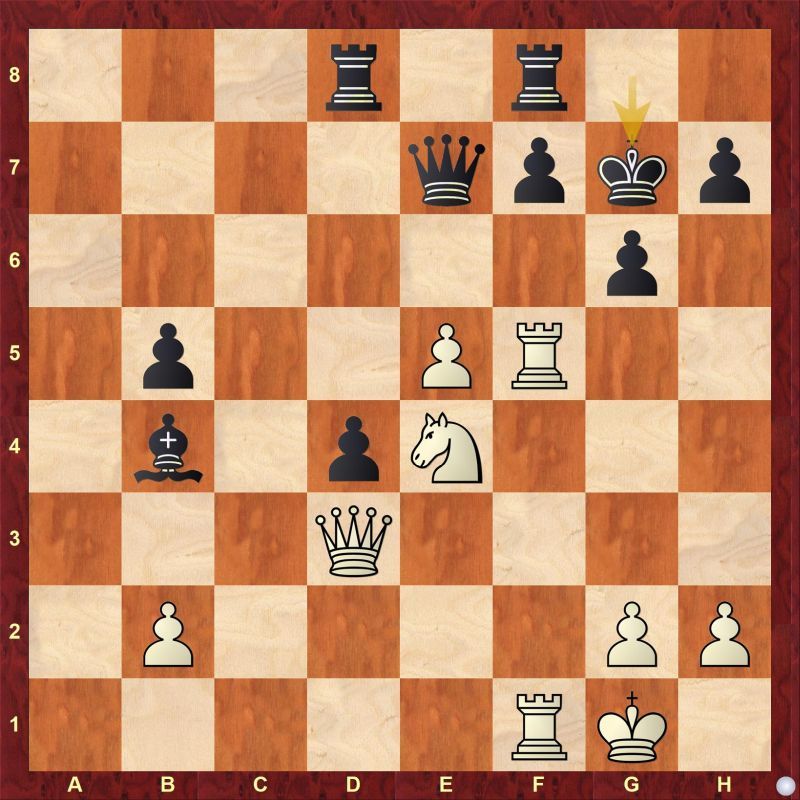 24...Kg7 allows white to launch a relentless attack on the kingside. Find out how black could have prevented it. 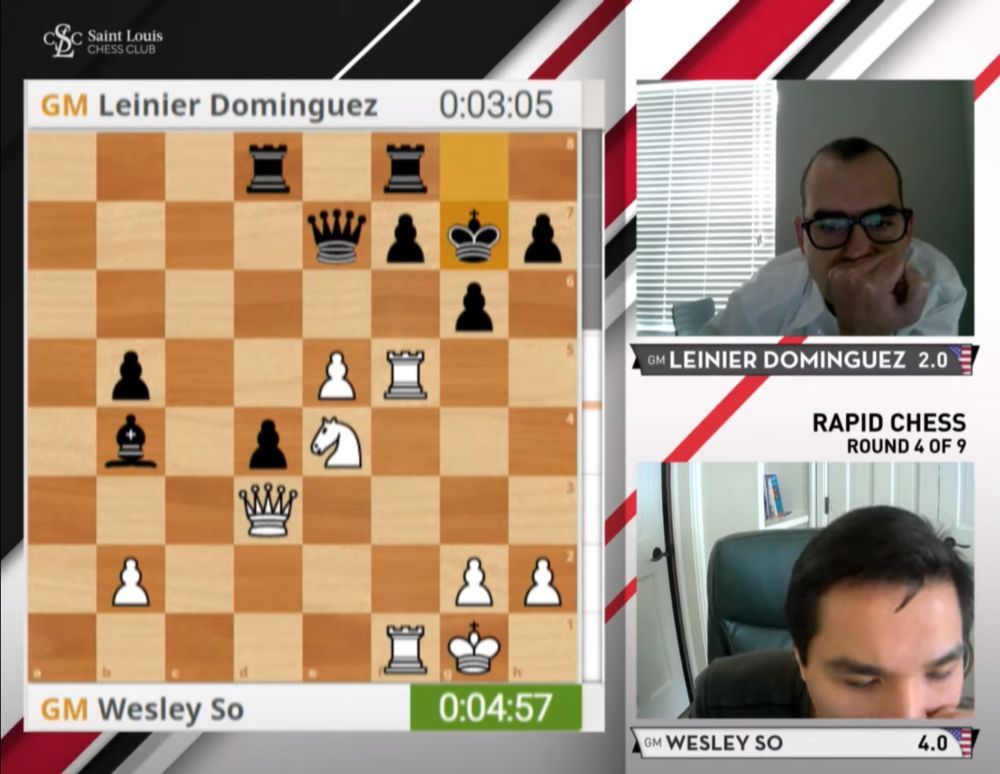 Sometimes a simple move can cause a huge ripple effect which eventually has a long lasting consequence. 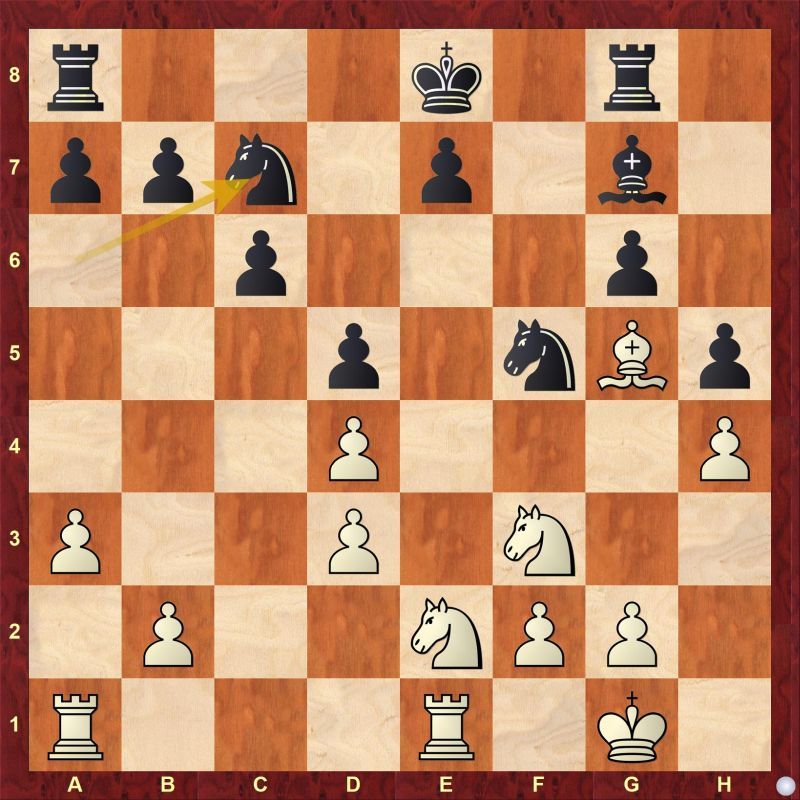 At a first glance 17...Nc7 seems harmless, only a careful check reveals that it was the move that caused black's demise. 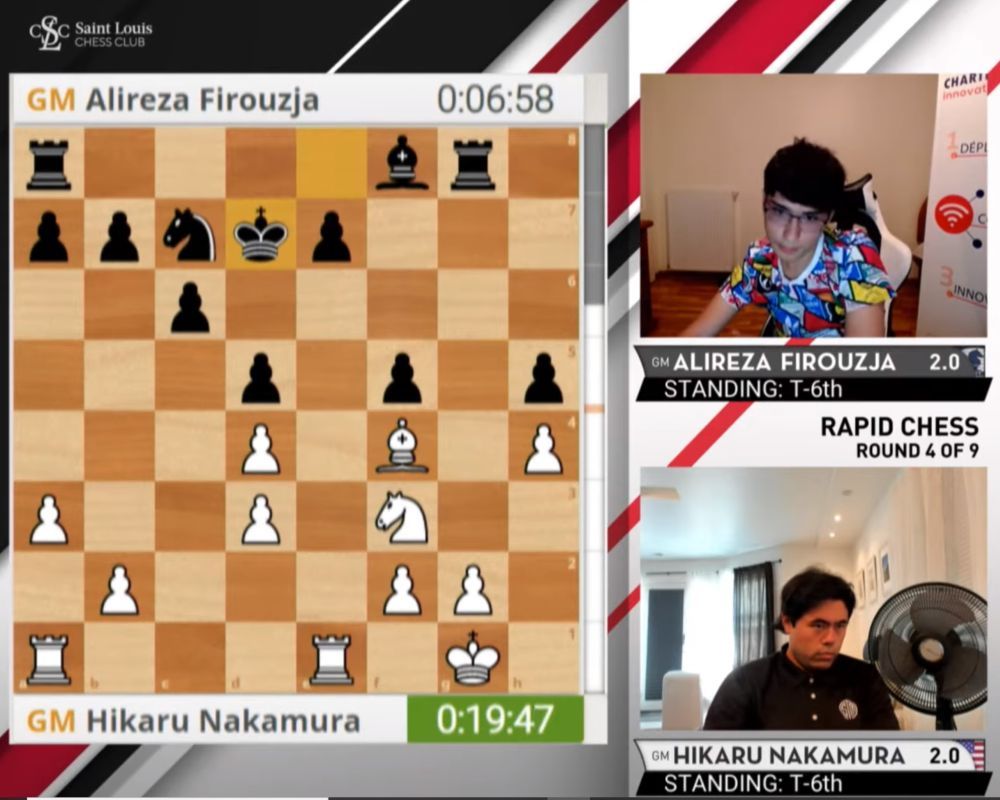 Harikrishna had an advantage early in the middle game against Nepomniachtchi. However an incorrect exchange of pieces allowed the Russian to get back into the game. 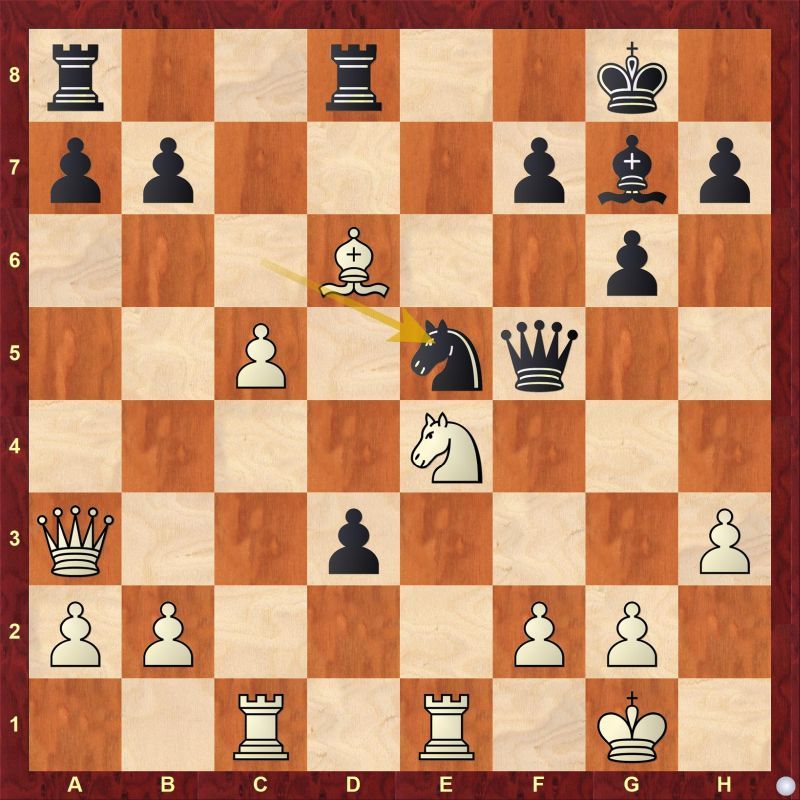 Here white made the difficult decision of taking the knight with 28.Bxe5 which was not the best idea. Find out what white could have done instead. 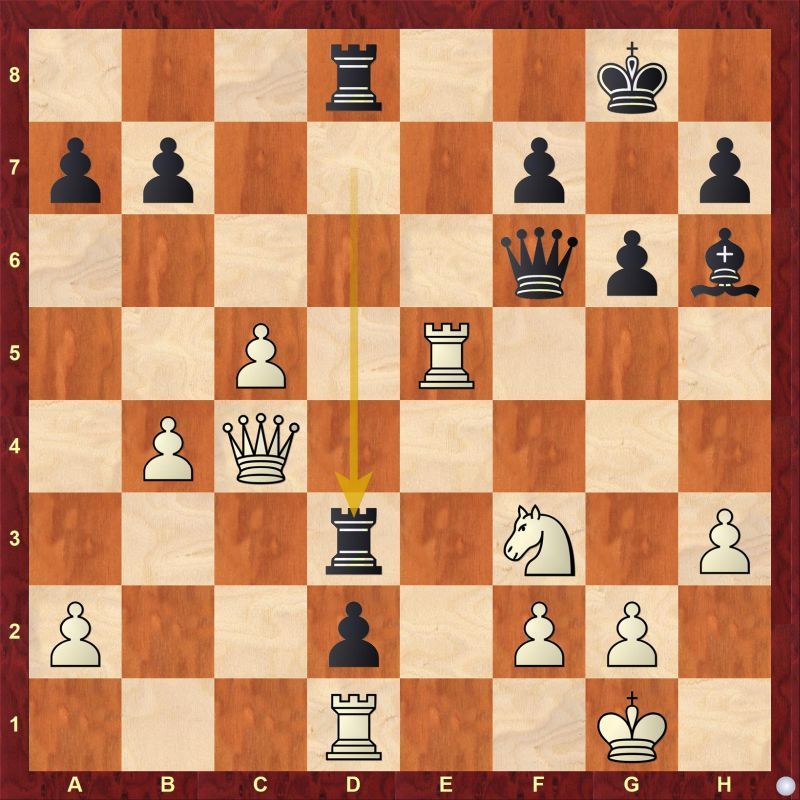 Although black has a firm control over the position here, the game is far from over. White continued with 38.Qe4 which is a mistake. What was the better continuation for white here? 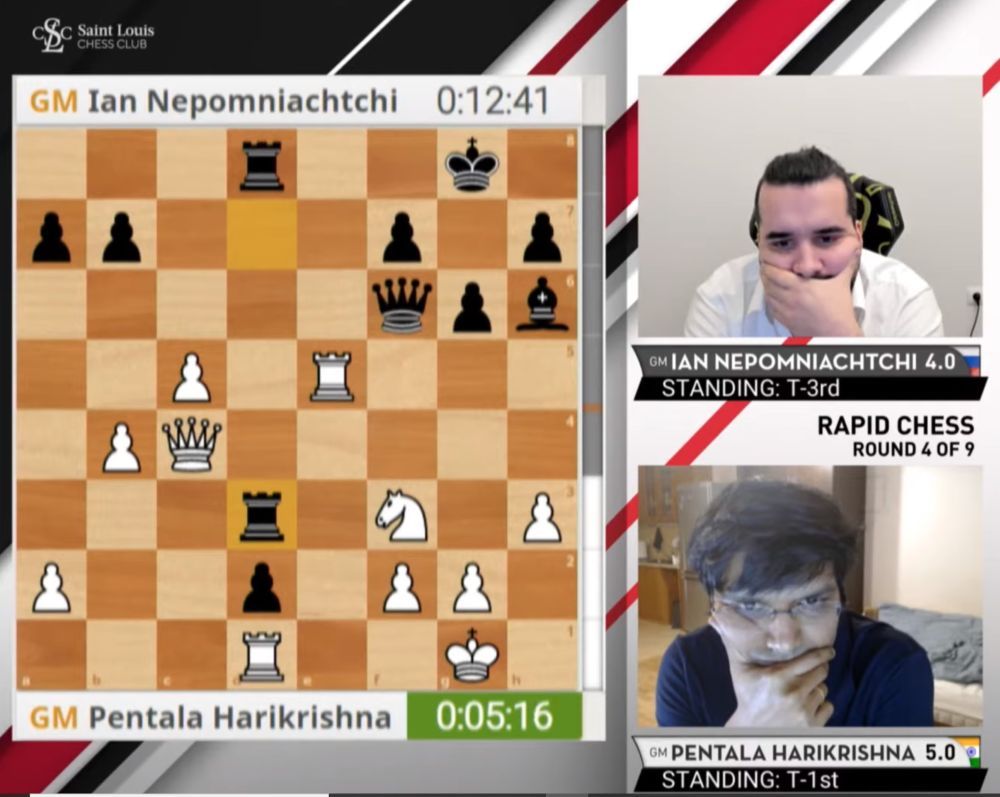 Round 5: A Xiong miniature and Carlsen combination

Nepomniachtchi blundered early in the opening and gifted Xiong the full point in just 21 moves. 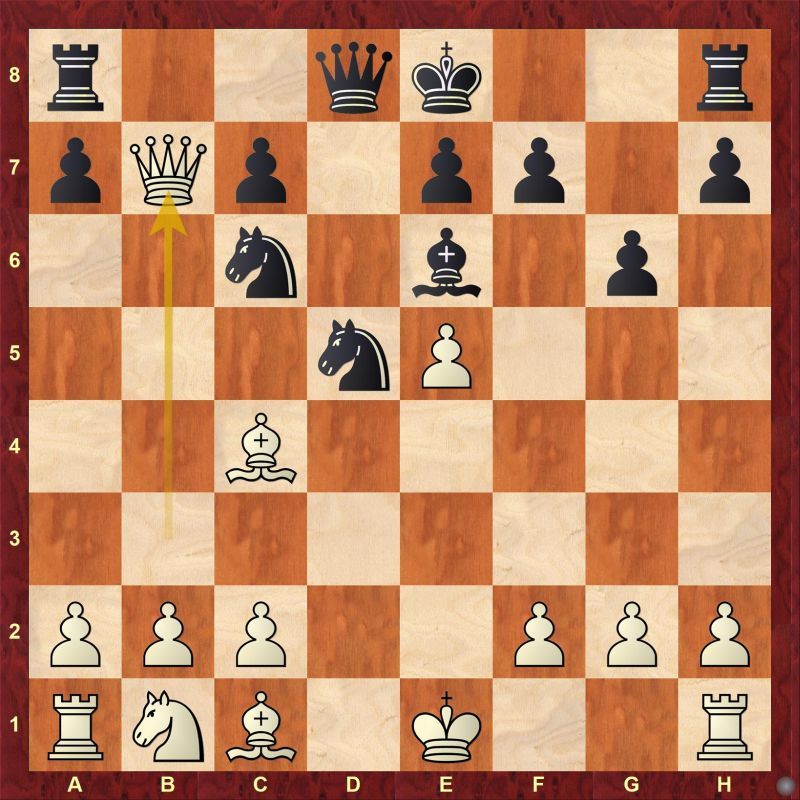 After the game, Nepomniachtchi tweeted his thoughts about his loss

Harikrishna made a hard fought draw against Aronian, after being in a difficult position early in the middle game. 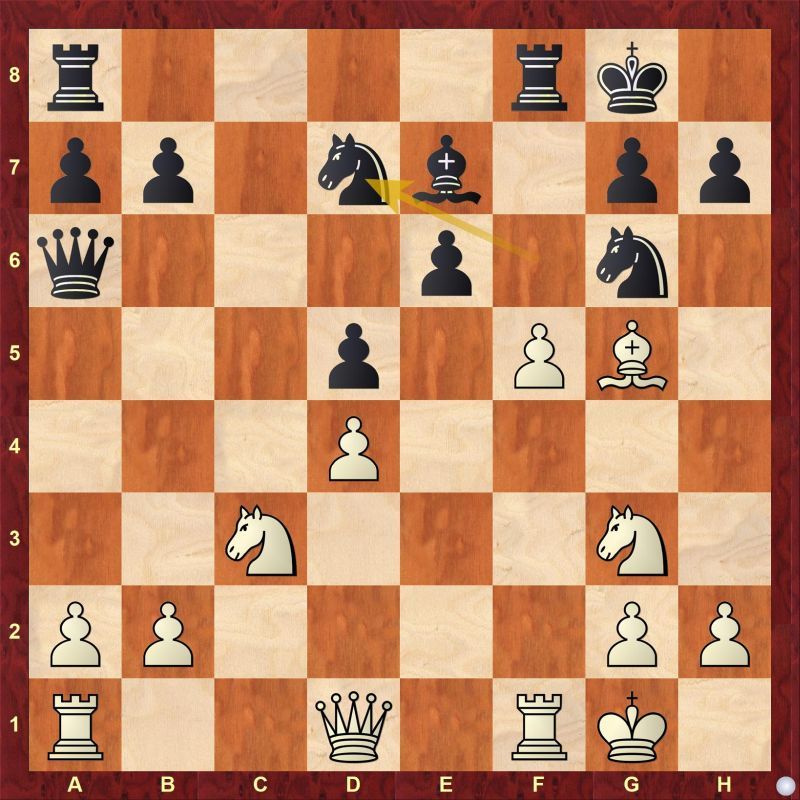 The game continued with 18.Re1. Find out what white could have done to stir up trouble.

Just when it seemed like Dominguez might escape with a draw, Carlsen came up with a brilliant combination. 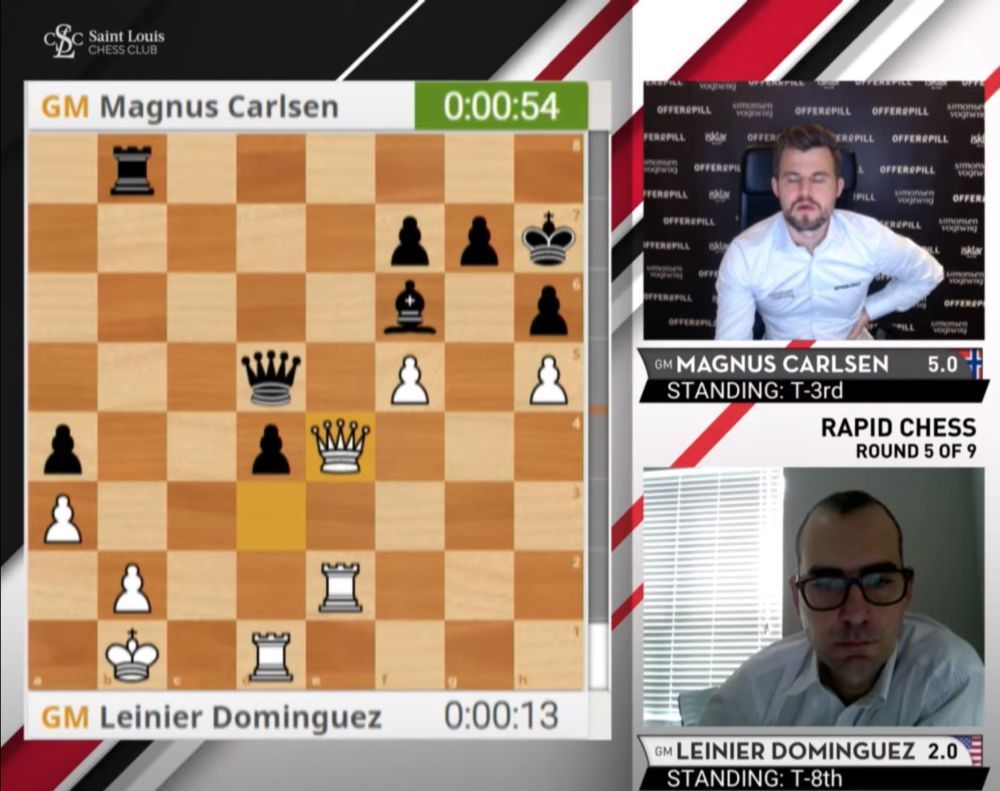 Find out why 37.Qe4 is a blunder and what white could have done instead.

Round 6: Carlsen is back at the top

Harikrishna was playing fine against Carlsen until he made an irrevocable mistake. 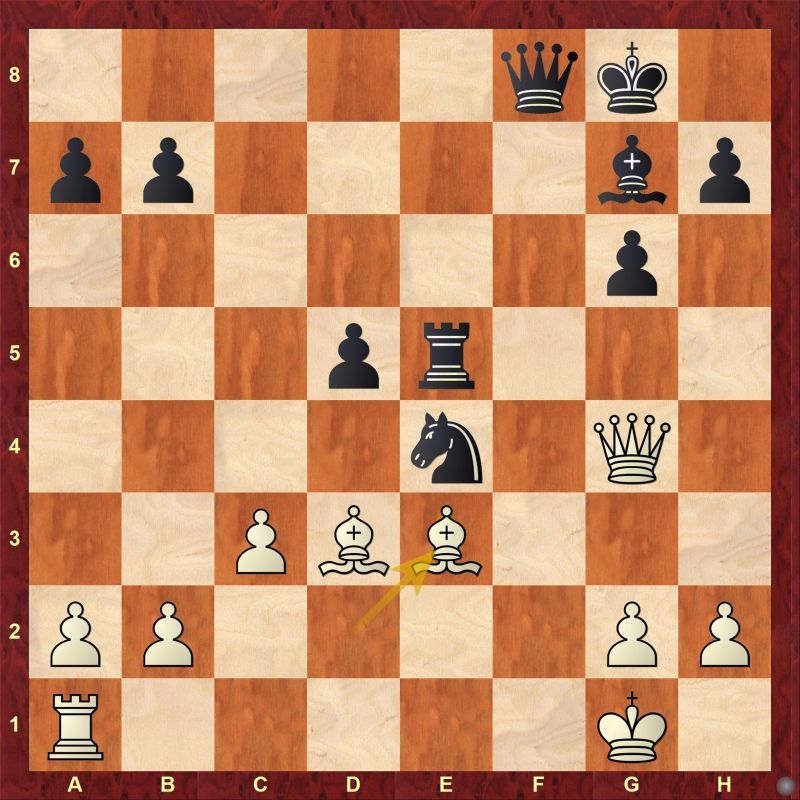 Harikrishna blundered here with 23...Nc5. Find out what black could have done instead. 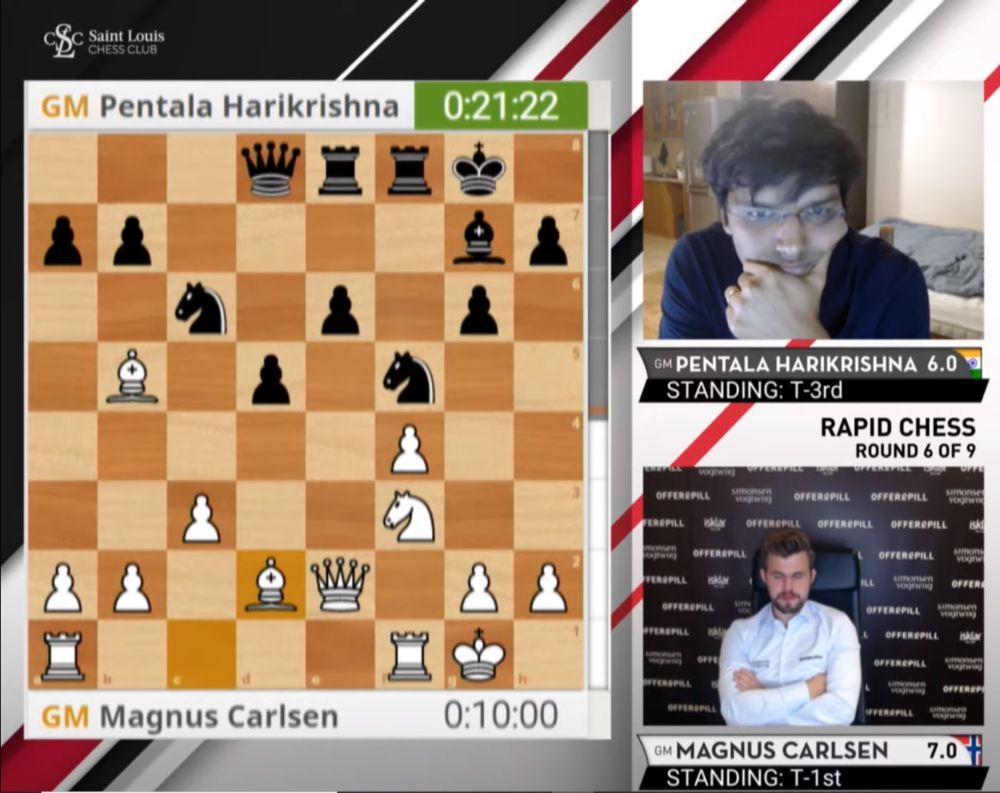 Firouzja had a fantastic position against Dominguez but somehow he was unable to capitalize on the advantage and eventually lose on time. 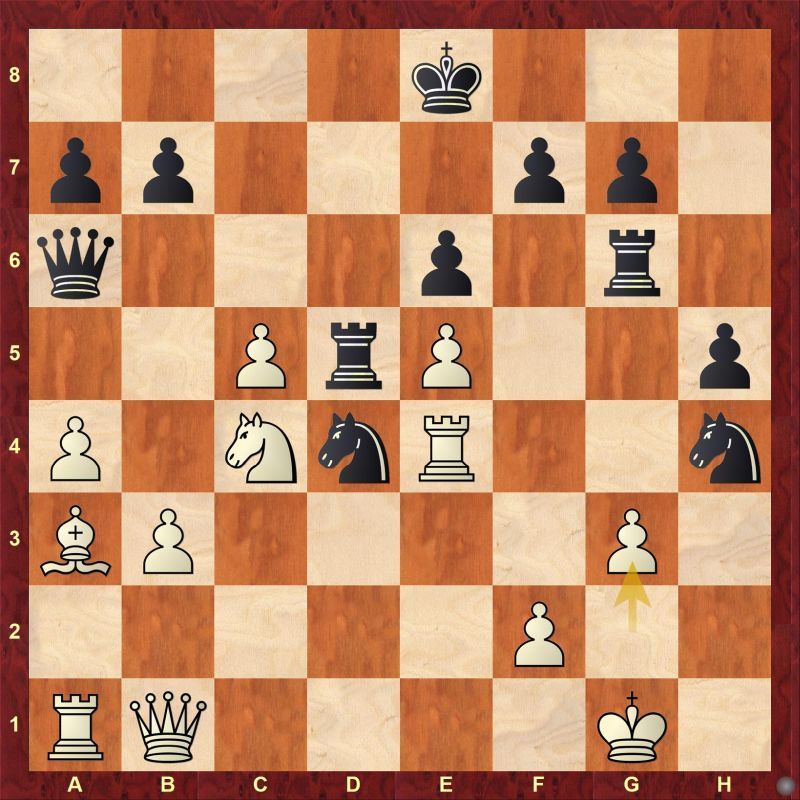 How should black continue the attack after 21.g3 ?

Nepomniachtchi had a simpler win against Nakamura but he took the long route. 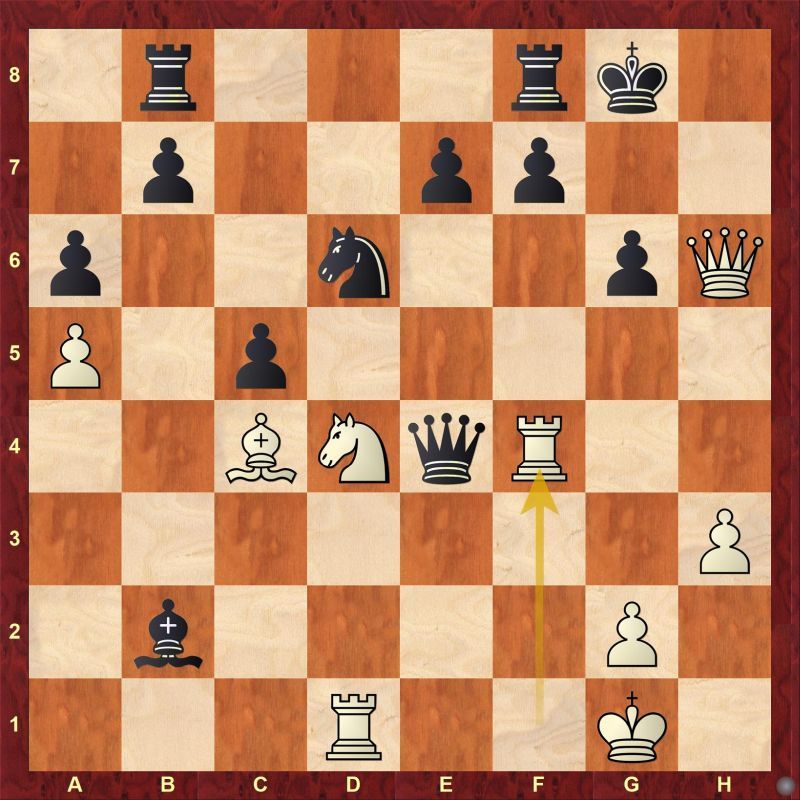