Nodirbek Abdusattorov created history by beating Carlsen, Aronian, Caruana, Wojtaszek and becoming the youngest ever World Rapid Champion in the history of chess at the age of 17 years. Ian Nepomniachtchi, who lost the playoff blitz match against Abdusattorov, took home the silver medal. Magnus Carlsen won the bronze. In the women's section Alexandra Kosteniuk dominated from the start and became the Champion with 9.0/11. Second place went to Kazakh player Bibisara Assaubayeva and third was taken by Valentina Gunina.

The World Rapid Championships 2021 saw two completely opposite kind of events in the open and women section. While in the women's event Alexandra Kosteniuk ran away with the pole position, in the open section we had to see a four-way tie at the top and a blitz playoff to determine the champion.

Magnus Carlsen started the final day with half a point edge over the field, but little did anyone imagine that he would lose his game to the 17-year-old wunderkid from Uzbekistan Nodirbek Abdusattorov. In fact Magnus was better for majority of the portion of the game. However, Nodirbek did not give up and managed to beat Magnus Carlsen!

Before the start of the final round we had four players on the same score of 9.0/12. They were Carlsen, Abdusattorov, Nepomniachtchi and Caruana. Carlsen tried hard against Nakamura but couldn't breakthrough. Abdusattarov was nearly lost against Duda, but managed to hold a draw. Caruana and Nepo agreed to a draw in just 6 moves. The final situation was - four players on 9.5/13. According to the tournament rules only the top two players would fight it out for the playoffs. This was decided on the basis of buchholz. Abdusattorov and Nepo played each other in two game playoff blitz match, while Carlsen had to settle for a bronze and Caruana was 4th.

The first game of the tiebreak was drawn and in the second game Nodirbek struck gold!
Behind the scenes video of Nodirbek becoming the World Rapid Champion 2021. The youngest in the history of chess!
Final interview with the Champion

Alexandra Kosteniuk won the tournament comfortably with 9.0/11
The silver medal went to Bibisara Assaubayeva of Kazakhstan 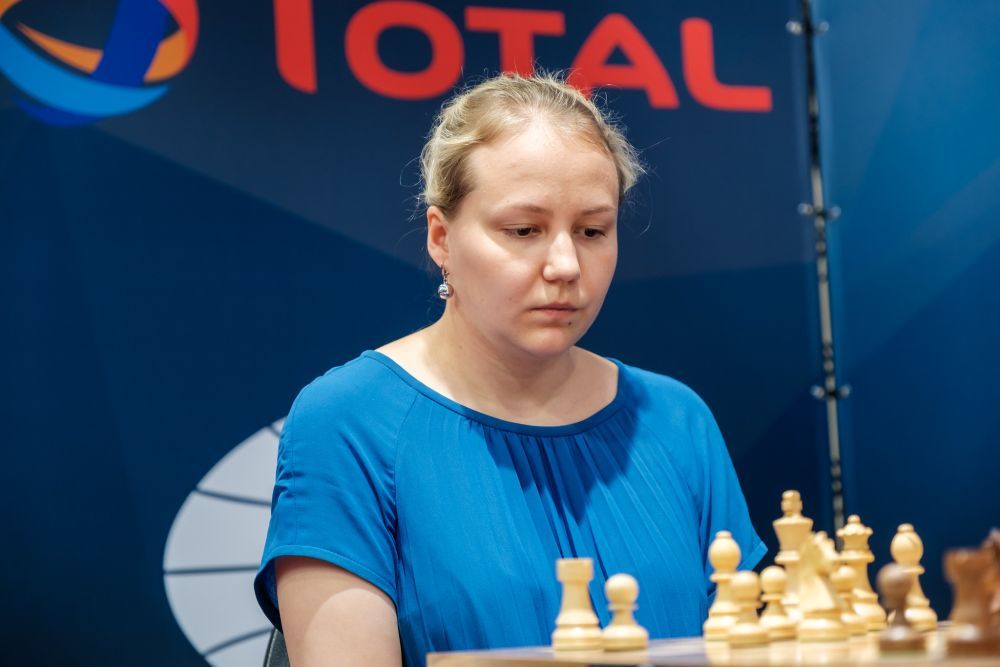