Would you like to fight it out against the German no.1 - Elisabeth Paehtz

Elisabeth will be playing against Premium members of the ChessBase Account. The time control will be 3 min + 2 sec increment. The games will be commentated by IM Sagar Shah, and he will be analyzing them with Elisabeth after they are over! This is a perfect way to match your wits against a great talent and at the same time learn from the commentary and post-game analysis. The show will take place on ChessBase India's YouTube channel at 7.30 p.m. IST on 22nd October. This is our third blitz challenge after the one with world's 2nd youngest GM D.Gukesh and World Junior Champion Evgeny Shtembuliak. 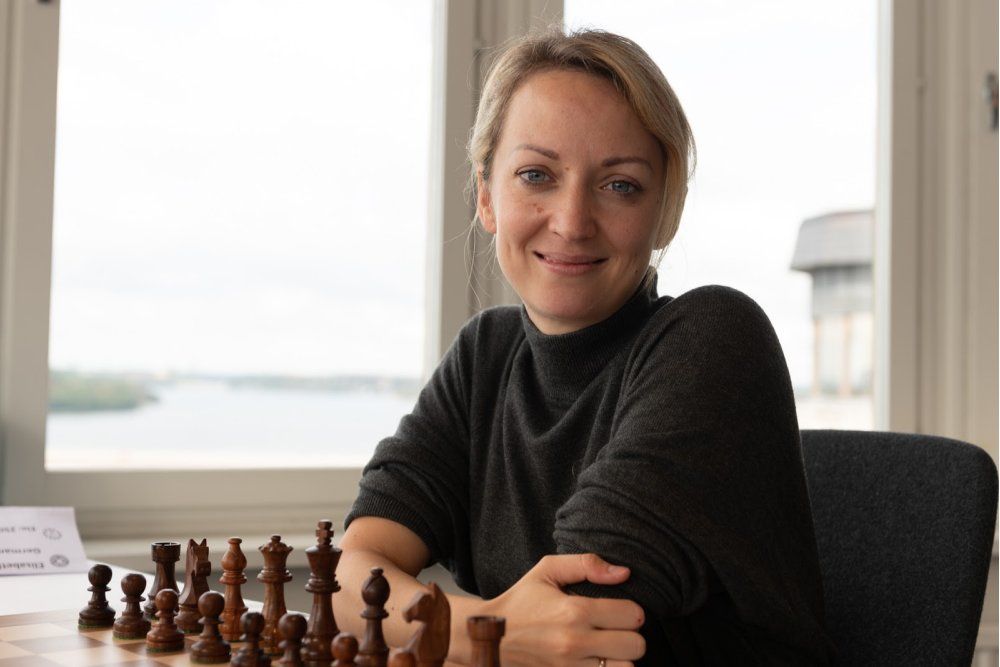 Elisabeth Pähtz is a former European Women's Rapid Chess Champion, and currently among the top 20 in the world! She was trained in chess from early childhood by her father Thomas Pähtz, a chess grandmaster. At the age of nine years she won her first German championship, in the under-11 age group. In 1999 she became Germany's women's chess champion.

Elisabeth is currently rated 2472 and is the German no.1 female player. It is going to be very exciting to see Elisabeth in action as she takes on the premium members of ChessBase Account in blitz games that will have the time control of 3 min + 2 sec increment. While Elisabeth plays the games, IM Sagar Shah will commentate on them and once they are completed he will discuss it with her.

Elisabeth has her own YouTube channel, with themes like Professional Chess Player vs Amateurs, and courses like How to attack in chess, Typical Sacrifice, Mating Attack, How to Calculate like a Grandmaster, and Openings preparation. Definitely worth a visit.

How to play against Elisabeth?

First of all you need to be a ChessBase Account Premium Member. You can become either a 3-month premium member or a 12 month member.

Where can you watch it LIVE?

IM Sagar Shah and Elisabeth will be live on the ChessBase India channel. You can either watch the show from the embed given below, or if you would like to interact with them, then you can open the video from here, which takes you to YouTube and you can then type in the chat.

Learning how to exchange pieces

Elisabeth has authored a DVD for ChessBase entitled "How to exchange pieces".

You can buy it from below or read more about it here.