The next event in Meltwater Champions Chess Tour is New in Chess Classic which will start on Saturday 24th April. The third Regular event has a total prize fund of US$ 100,000 with the first prize being US$ 30,000. Praggnanandhaa will debut in this tour in the upcoming New in Chess Classic event as he earned himself a spot by winning Julius Baer Challengers Chess Tour Polgar Challenge. Duda, Vidit, Mamedyarov, Liem, Karjakin and Leinier are the six Wild Card entrants. Top eight finishers will get a guaranteed spot in the next Major event which will start from 22nd May 2021. Photo: ChessBase India

Pragg will debut in Meltwater Champions Chess Tour, Vidit gets a Wild Card

India no.3 and currently World no. 24 GM Vidit Gujrathi returns to the fifth event of Meltwater Champions Chess Tour, New in Chess Classic. It will take place online from 24th April to 2nd May 2021. That's not all, India will have another representative in the event in the form of Praggnanandhaa as he won the Polgar Challenge in Julius Baer Challengers Chess Tour less than a week ago and earned himself a spot in the New in Chess Classic. Six players - Duda, Vidit, Mamedyarov, Liem, Karjakin and Leinier got a Wild Card in the upcoming event. The tournament will have a total Prize fund of US$ 100,000. The winner will earn $30,000. 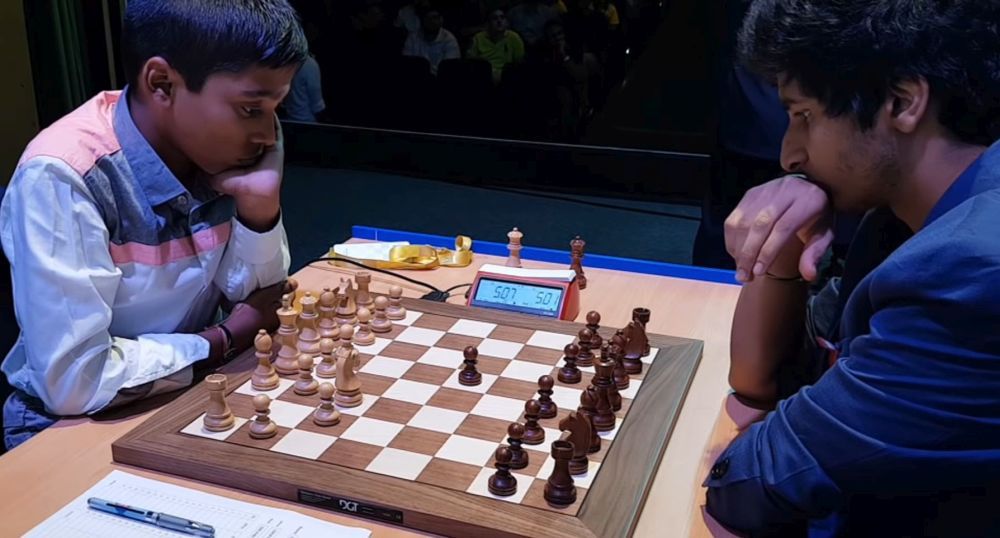 The New in Chess Classic starts on Saturday April 24th and will conclude on Sunday May 2nd. Once again there’s a 3-day preliminary round-robin stage of rapid chess (15+10), before the top eight players advance to the knockout stage. The knockout stage is exactly like the the previous events in this tour where each match is played over two days, with four rapid games each day. If the match score is tied 1-1 after the second day, the players will then play two 5+3 blitz games followed by, if needed - Armageddon. 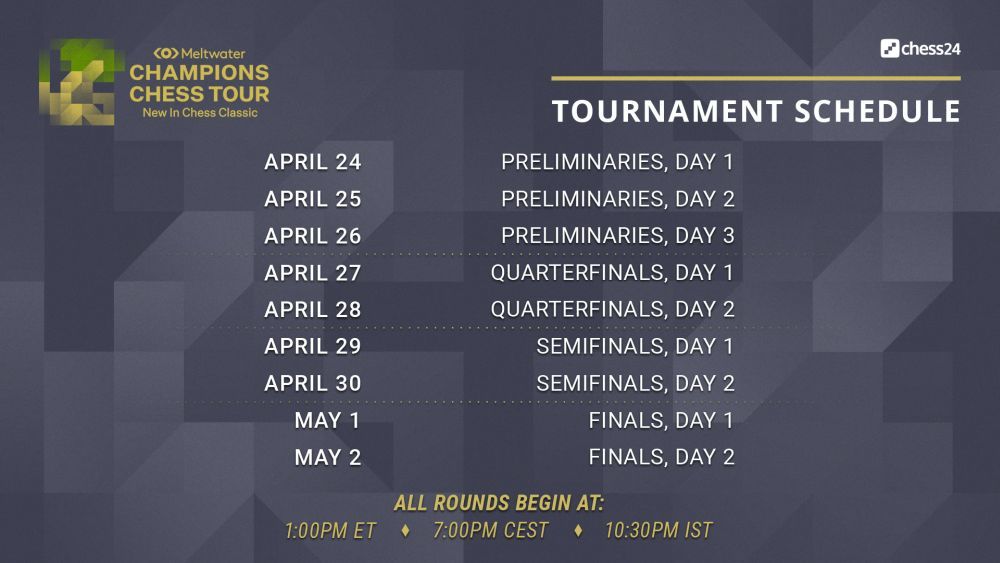 The lineup includes the eight players who qualified as the top eight from the previous event of Champions Chess Tour, Magnus Carlsen invitational which was won by Anish Giri. Out of those eight players, Anish Giri, Ian Nepomniachtchi and Maxime Vachier-Lagrave will not be taking part in this event as they will resume their FIDE Candidates tournament from 19th April. Daniil Dubov was also voted in by chess24 Premium members alongside Firouzja but the Russian is unable to play. He has been drafted in as a commentator for the Candidates on the official FIDE stream. Carlsen, Aronian, So, Firouzja and Nakamura will be joined by Mamedyarov, Radjabov, Leinier, Karjakin, Duda, Vidit, Liem along with four debutantes in Champions Chess Tour - Gawain Jones, Aryan Tari, Johan-Sebastian Christiansen and Praggnanandhaa who qualified to this event after winning the Polgar Challenge. 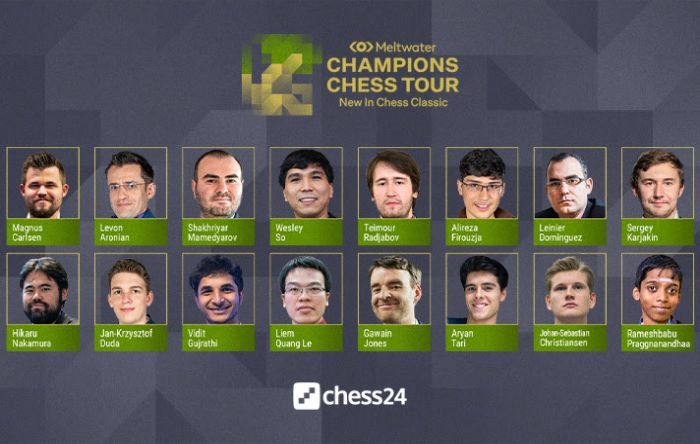 The participants of the New in Chess Classic | Photo: Champions Chess Tour

Wesley So is currently leading the Meltwater Champions Chess Tour with 140 points, followed by Magnus Carlsen at the second spot with 135 points and Teimour Radjabov at the third position with 108 points. Previous event winner Anish Giri is at fourth position with 105 points.