The first set of Quarter-Finals in Meltwater Champions Chess Tour New in Chess saw a battle of equals as Carlsen-Radjabov encounter did not yield a single decisive result. Aronian, Mamedyarov and Nakamura won the first set. Firouzja and Liem are yet to score in the Knockout stage. Firouzja did a couple of tactical errors in the final moments of the game, so he will need to come back stronger. Liem and So will also need to win their second set to keep Semi-Final hopes alive for them. Quarter-Final games resumes tonight from 10:30 p.m. IST. Watch all the action with live commentary by IM Sagar Shah and Amruta Mokal on ChessBase India youtube channel. Photo: Champions Chess Tour

Firouzja, Liem and So are in a must-win situation

The only match which did not yield a decisive result was between Carlsen and Radjabov in the first set of the Quarter-Finals. Nakamura, Mamedyarov and Aronian all three won the first set against their respective opponents. Only So managed to win one game, Firouzja and Liem are yet to score a win in the Quarter-Finals. They now not only have to win games but also win the second set to force tie-breaks.

The first game was an uneventful draw. 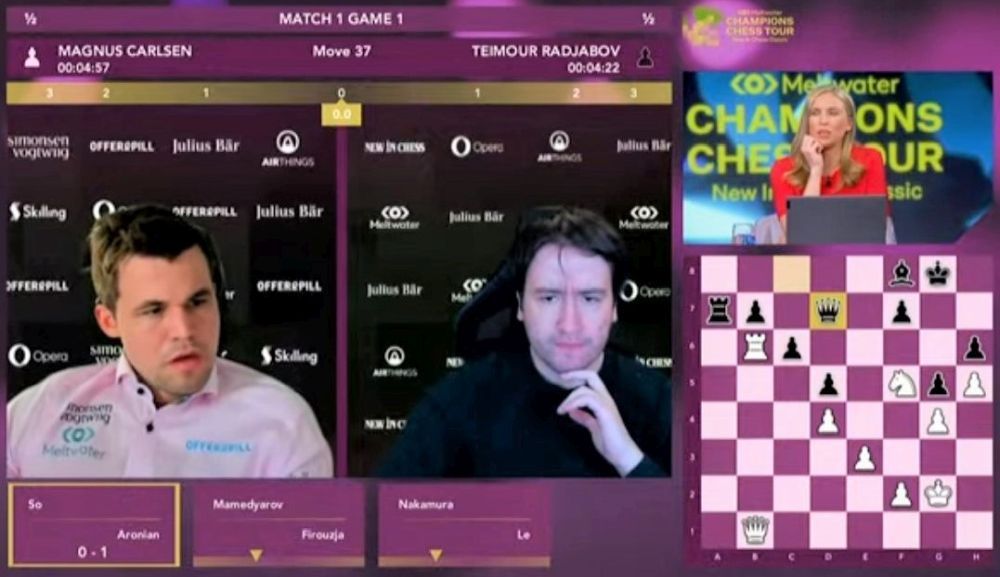 Radjabov in the second game got a decent chance against Carlsen to make things difficult for him. Which is the best way for white to move the king after 25...Kg6+ ? The game continued with 26.Kb3 which allowed black to exchange the bad knight with 26...Nd3 which was actually lacking a decent square.

The third and fourth games were lackluster draws.

The first game between So and Aronian ended up in a loss for So as he had a mouse slip in a seemingly equal position. 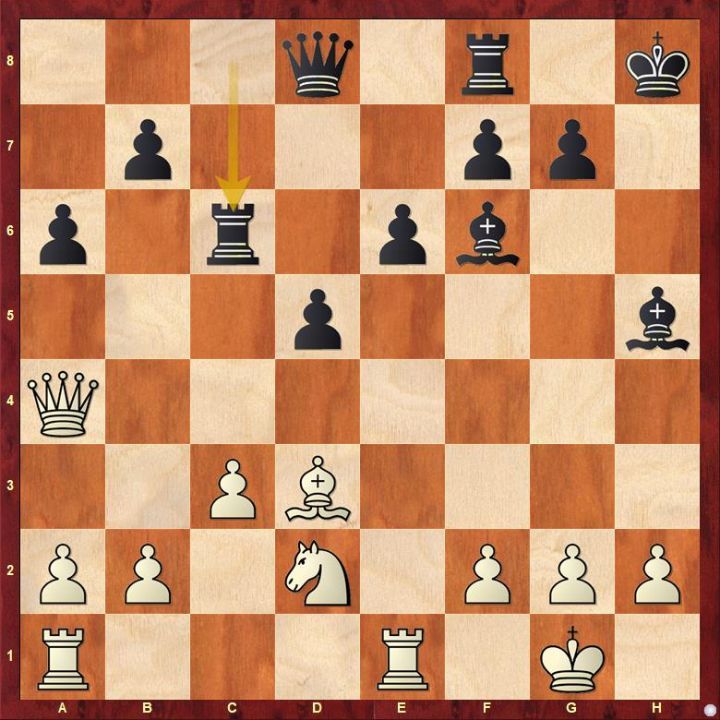 Of course white wanted to play 20.Re3 here but So had a mouse slip and the rook dropped at e2 instead. Black took it and white resigned in another five moves.

In the second game, So got into trouble early in the opening. 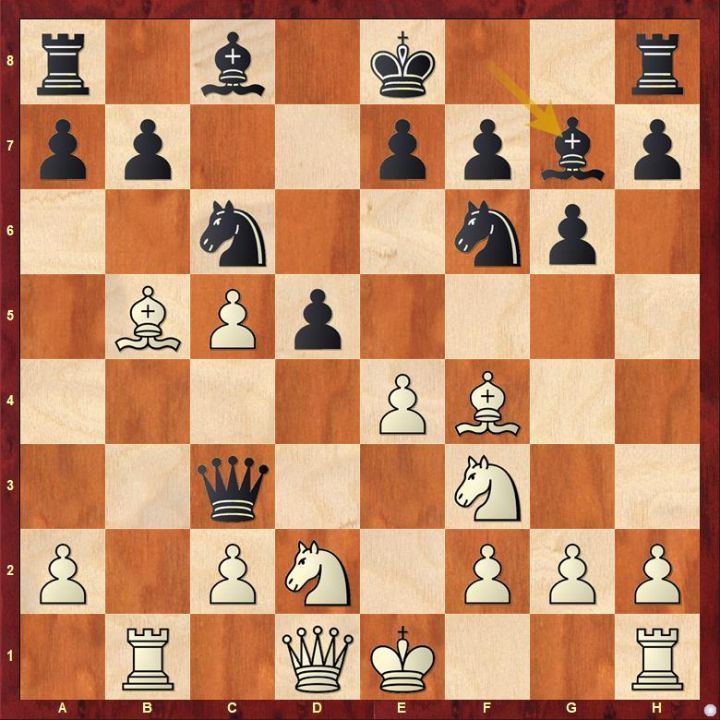 9...Bg7 makes things extremely difficult for black after 10.Be5 Qa5 11.exd5. Instead black needed to play either 9...a6 or dxe4. The latter leads to a very interesting continuation. 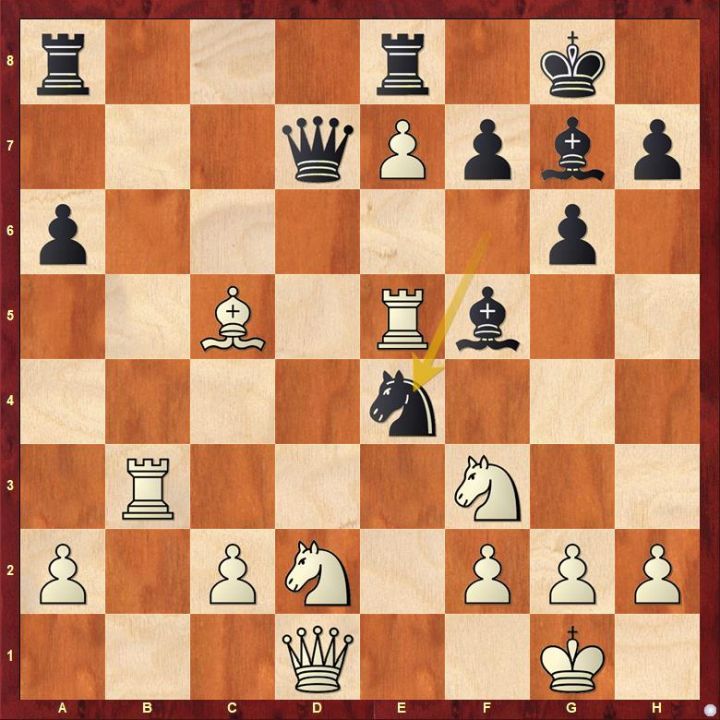 It was all over for black after 20...Ne4. Find out why and what black could have played instead.

So picked up his first victory in the Quarter-Finals in the third game. 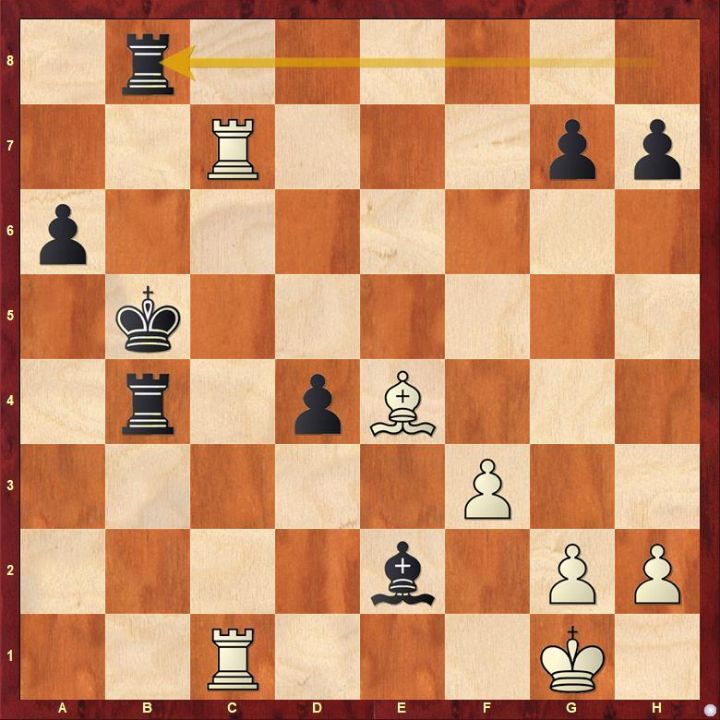 At a first glance 36...Rb8 may seem quite okay but a careful inspection reveals that the e2-bishop is about to be trapped because it lacks a proper safe square. White immediately played 37.Kf2 and d3 forced the bishop to be blindsided by his own piece. So converted his advantage into a victory without any difficulty.

Aronian struck back in the fourth game as So made a tactical error which cost him two minor pieces for a rook without any compensation. 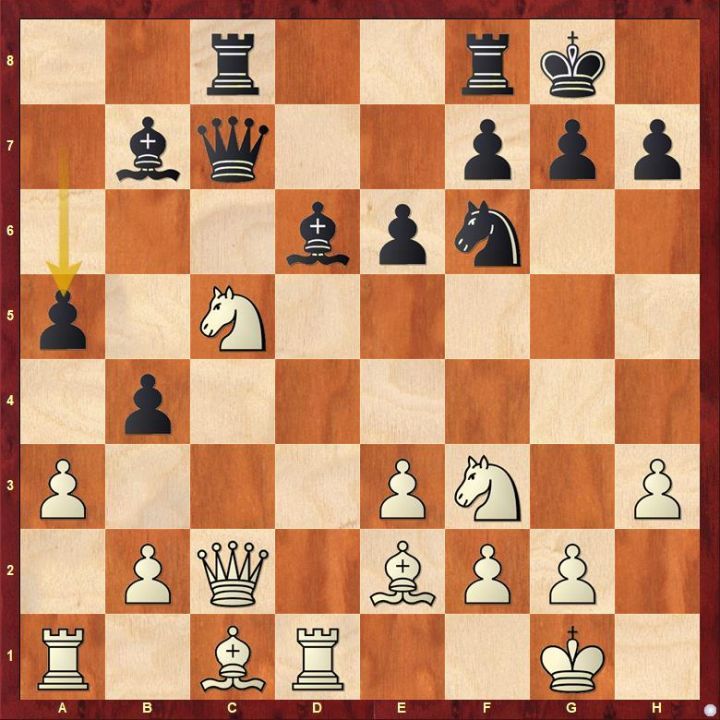 When you play consecutive games at a high level, momentary blindness can occur due to fatigue. That is exactly what happened with So as he blundered with 16...a5. Instead 16...Bxc5 17.axb4 Bxb4 would have maintained the equilibrium.

Firouzja played strangely in the first game against Mamedyarov as he put all of his pawns in light squares early in the opening. 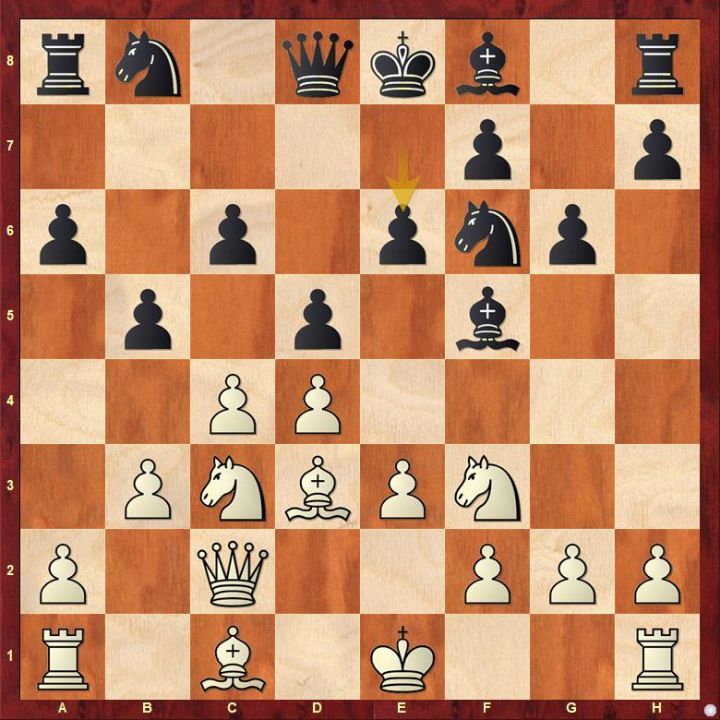 It resulted in a huge dark square weakness for black. The game was full of inaccuracies by Firouzja which resulted in Mamedyarov securing a victory.

The second game between Firouzja and Mamedyarov was a hard fought draw.

Mamedyarov got a completely winning position after Firouzja blundered in the third game. 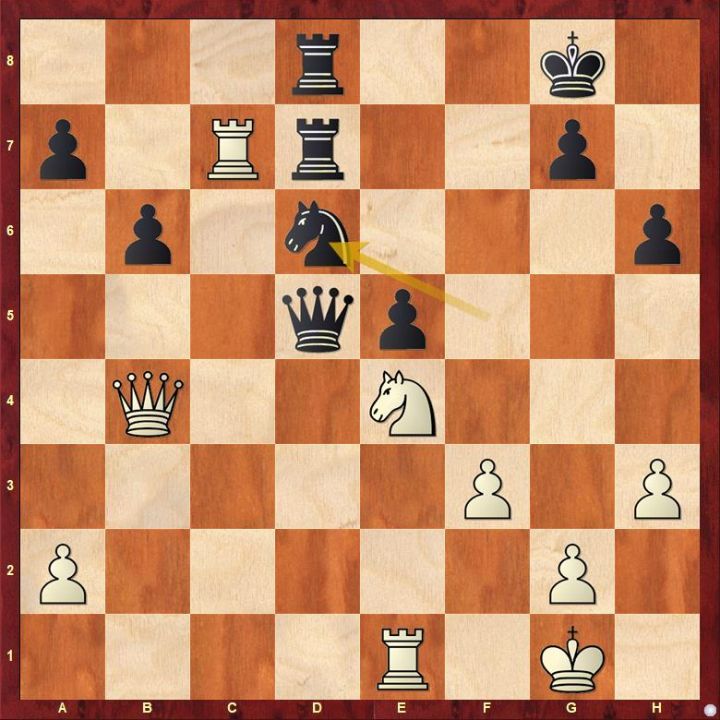 Find out why 30...Nxd6 is a mistake and what black could have done instead. A few moves later Mamedyarov offered a queen exchange which could also be a mouse slip which dwindled his advantage and allowed black to salvage a draw.

Firouzja once again made a tactical mistake in the endgame which cost him the game. 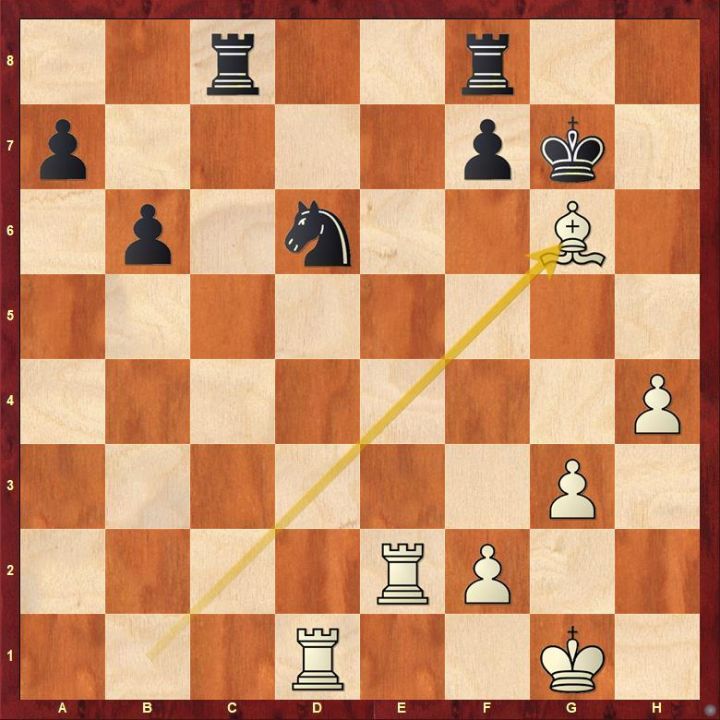 35.Bxg6 is a mistake because black is not forced to recapture on g6 immediately. There is an intermediate move. Instead white needed to play 35.Rxd6 to go for a draw.

Le Quang Liem made a tactical error in the endgame which cost him the first game against Nakamura. 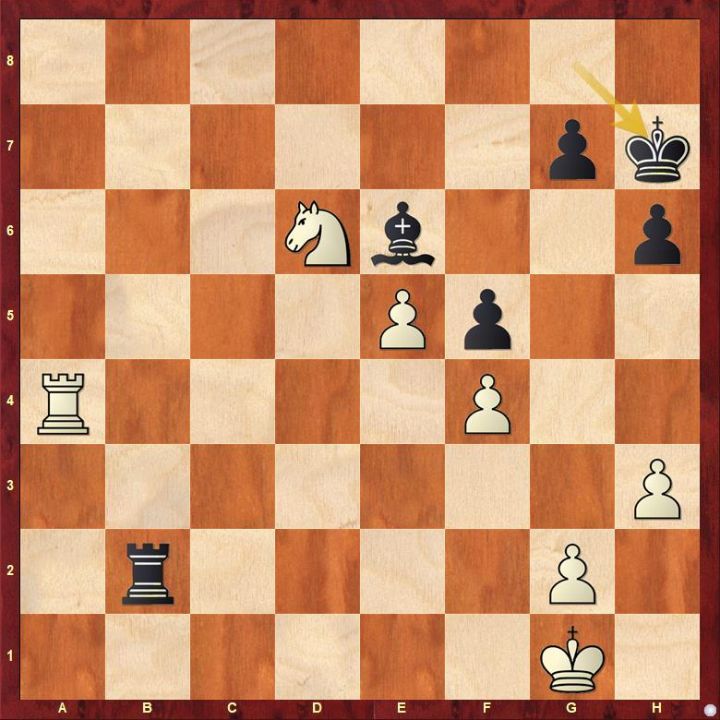 The second game between Liem and Nakamura was a quiet draw. The third and fourth games were a well fought draws.