Jan-Krzysztof Duda denied Praggnanandhaa any advantage heading into the final round of Meltwater Champions Chess Tour Oslo Esports Cup. FIDE World Cup 2021 winner won the first two games and drew the third one, although he was completely winning as a draw was enough for him to win the match. Meanwhile, Magnus Carlsen beat Eric Hansen in minimum number of games. This win allowed him to get back at the top of the points table. Pragg will need to win the final round match against Giri and hope Mamedyarov can beat the world champion, only then Pragg can win the tournament. It starts tonight at 9:30 p.m. IST. Photo: ChessBase India live stream

Carlsen is back at the top

Magnus Carlsen defeated Eric Hansen convincingly to get back at the top of the leaderboard. If he manages to beat Shakhriyar Mamedyarov, it will be a hat-trick of triumphs at the Meltwater Champions Chess Tour 2022 for the world no.1.

Praggnanandhaa opted for a solid line in the English opening against Duda in the first game. 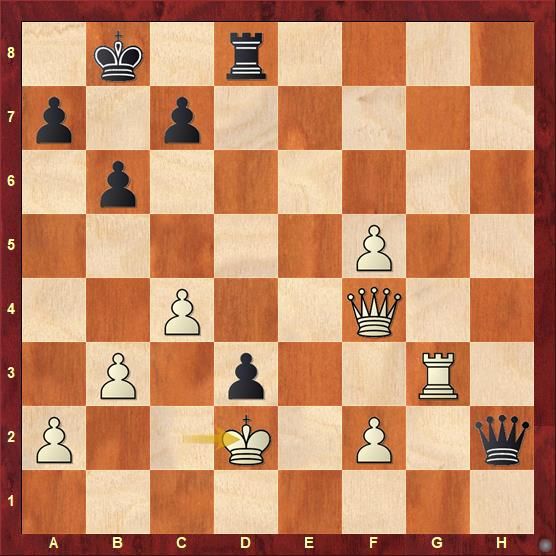 42...Qh1 and Rf8 are the moves suggested by the computer. Pragg went for the ambitious 42...Qh8 which allowed White to play 43.f6 freely without any repercussions. 43...Qh5 44.Rxd3 Rf8 45.Rd7 White is now completely winning as it is difficult for Black to save the checkmate threat and prevent the f-pawn from being promoted.

Praggnanandhaa could have gone for a repetition. Instead, he chose to push harder to equalize the score in the second game. 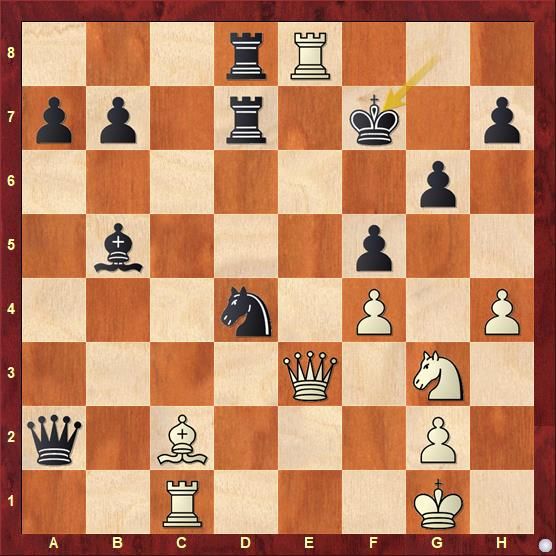 Duda drew the third game in a completely winning endgame as it was enough for him to win the match. 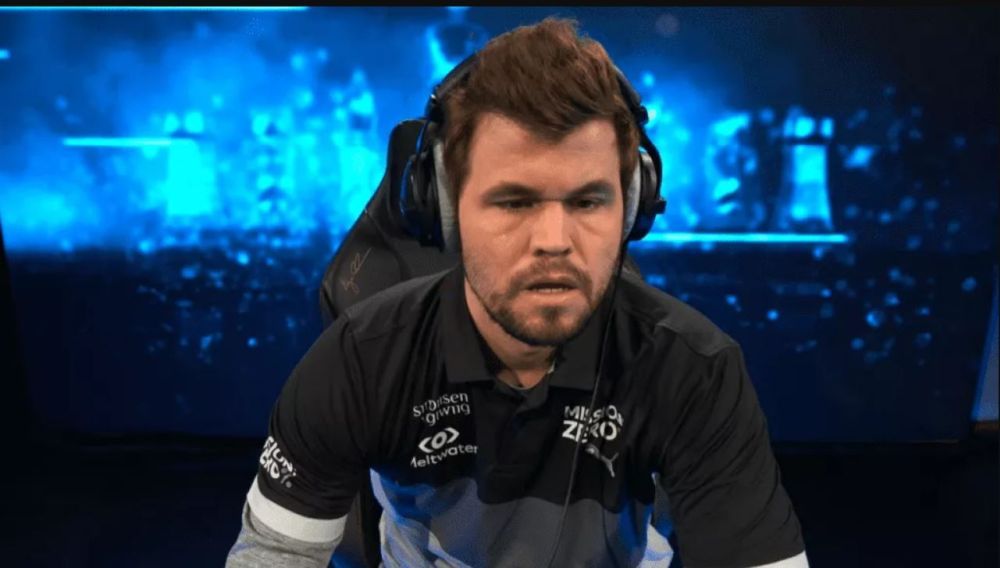 Magnus Carlsen is back in the lead | Photo: chess24 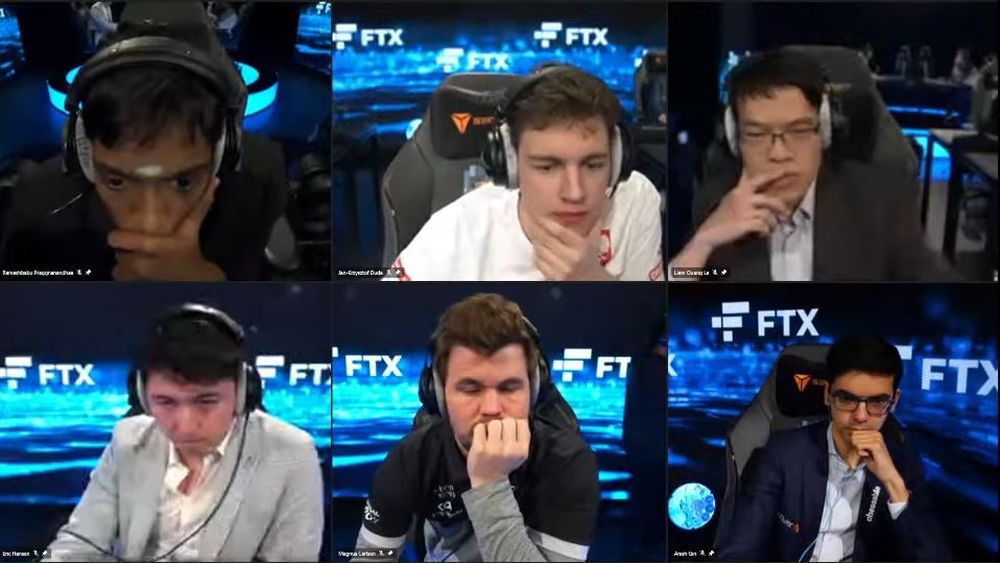 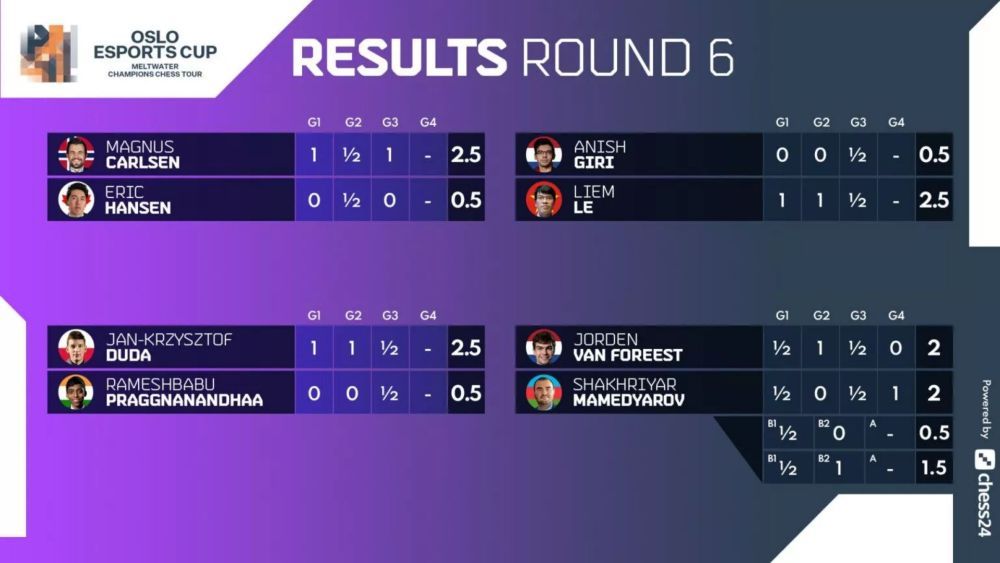 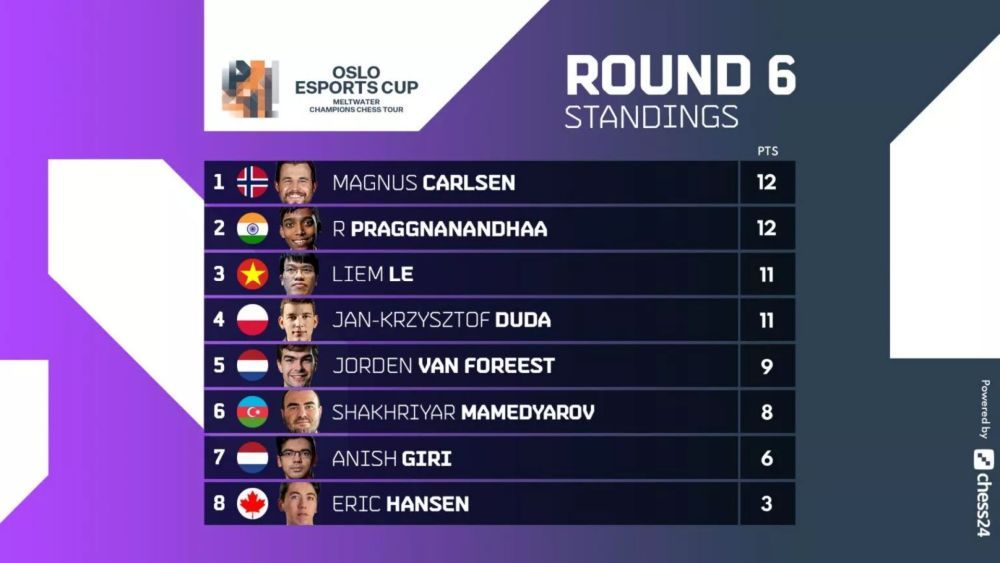 Carlsen is back at the top | Photo: chess24 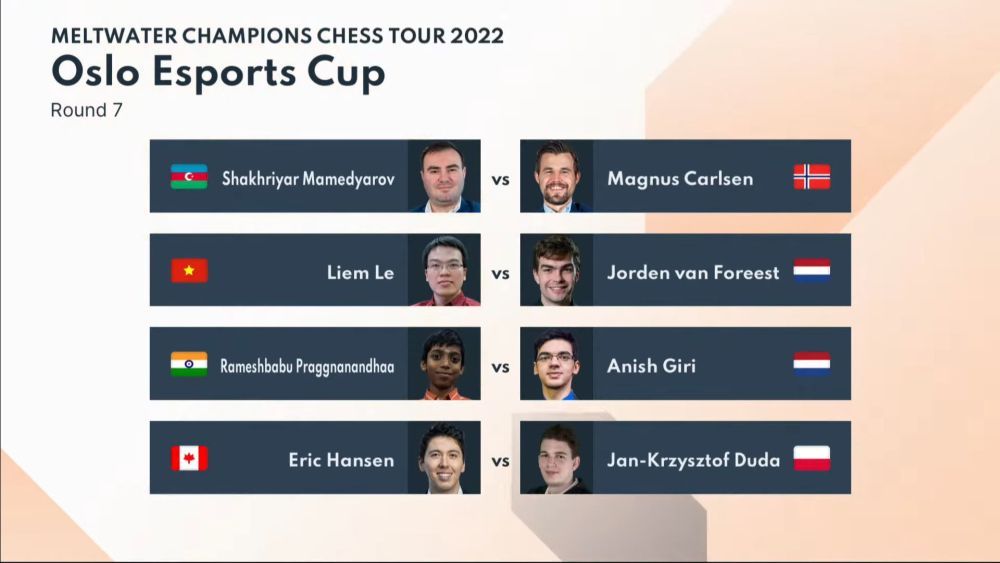 Praggnanandhaa will face Anish Giri in the final round | Photo: chess24