Arjun Erigaisi defeated Christopher Yoo in the tie-breaks to advance to the Semifinals of Meltwater Champions Chess Tour Julius Baer Generation Cup. Both of them traded wins in the Rapid games. Arjun won the first Blitz tie-break and drew the next to setup a clash with former World Blitz champion, Liem Quang Le. The world champion Magnus Carlsen recovered well after starting the day with a loss against Levon Aronian. He won the next three games to win the match and advance to the next stage. He will be facing the Germany no.1, Vincent Keymer who defeated Praggnanandhaa. Semifinals start tonight at 9:30 p.m. IST. Photo: Champions Chess Tour

Praggnanandhaa has been struggling with his form in this event. He drew six consecutive games between round 7 and 12 in the Prelims stage. He was unable to win a single game against Vincent Keymer and got eliminated in the Quarterfinals. Meanwhile, Arjun Erigaisi can face Magnus Carlsen in the Finals, if both of them manage to win their respective Semifinal matches today.

Magnus Carlsen started the Quarterfinal with a loss against Levon Aronian. The world champion erred in the endgame which turned things in his opponent's favor. 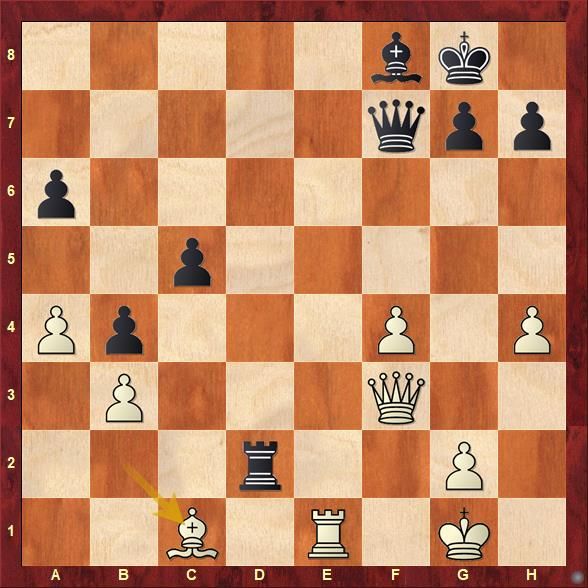 30.Be1 is a mistake because after Rc2 31.f5 c4 31.bxc4 Qxc4 White is unable to provide a good resistance towards the passed b-pawn. Instead, 30.Be5 c4 31.bxc4 Qxc4 32.Qg4 keeps White in the game as he keeps making threats on the kingside which forces Black to focus on defending his king than roll the b-pawn down the board. Carlsen bounced back strong by winning the next three games to win the match 3-1 and advance to the Semifinals.

Praggnanandhaa lost the first game as he struggled to find his way. In the final moments, he misjudged the onslaught towards his king by the Germany no.1 Vincent Keymer.

Praggnanandhaa drew the next two games and lost the fourth must-win game which meant Keymer moved to the next stage, Semifinals.

Yoo won the second game convincingly, which means the score became 1-1. Arjun won the third and lost the fourth game. Thus, the score after four Rapid games was 2-2. Arjun won the first Blitz tie-break and drew the following one to advance to the Semifinals. 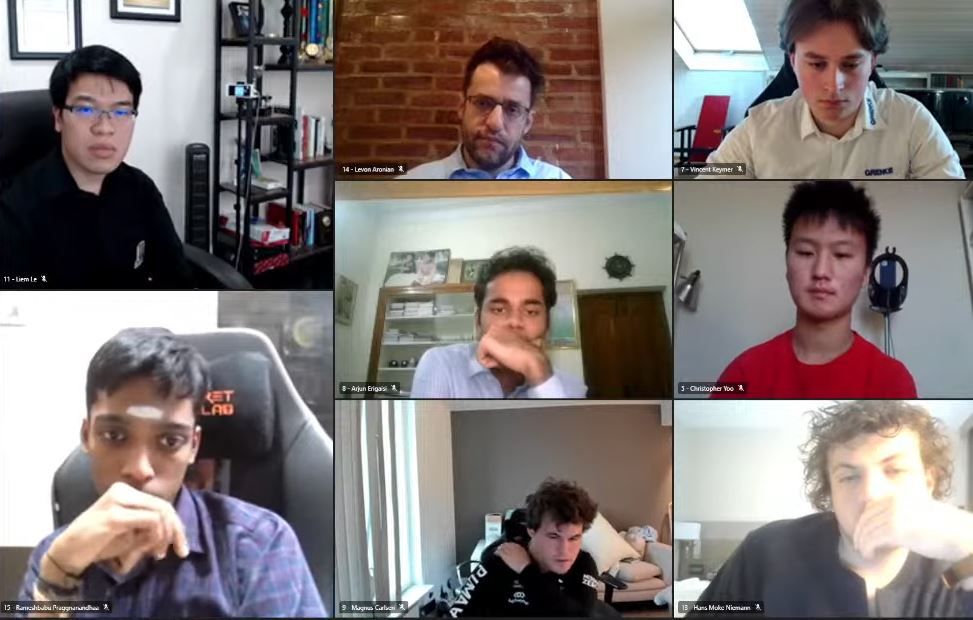 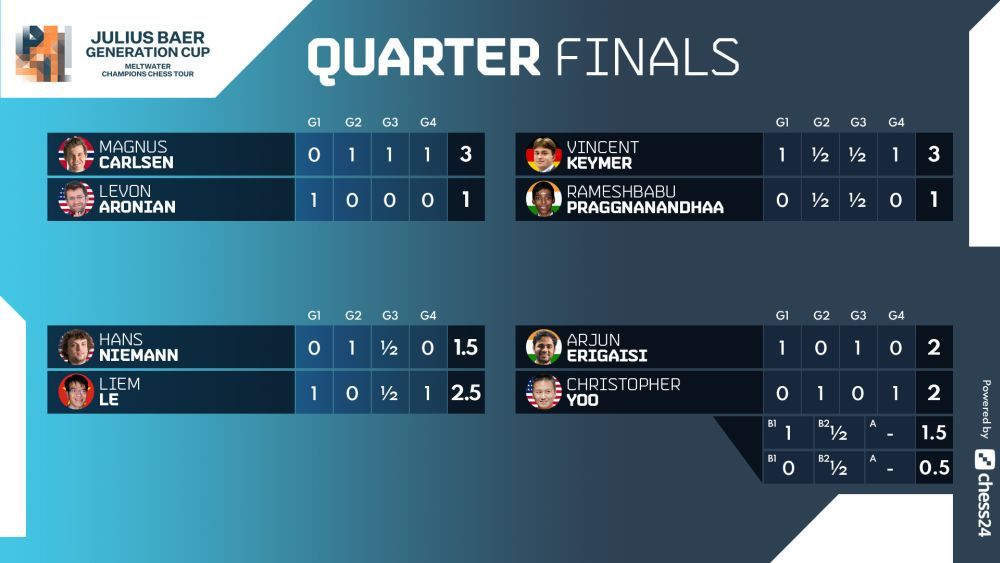 Arjun Erigaisi - Christopher Yoo was the only match which was decided on tie-breaks | Photo: chess24 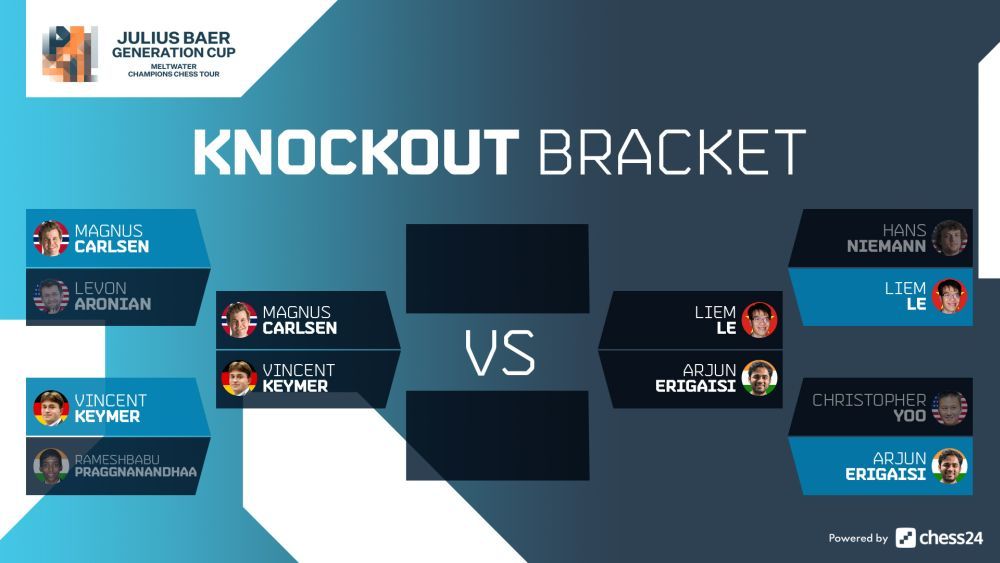 Carlsen vs Keymer and Liem vs Arjun Erigaisi in the Semifinals | Photo: chess24