Jan-Krzysztof Duda advances to his first Finals in the Meltwater Champions Chess Tour. The Poland no.1 defeated the in-form Liem Le Quang 2.5-1.5 in the Semifinals. After a 110-move long draw against the world no.3, Carlsen drew the second game and won the next two to setup a clash with his biggest nemesis since he became a world champion. We all remember Duda ending Carlsen's 125-game unbeaten streak in October 2020 and in August 2021, Duda shattered Carlsen's World Cup dreams. Charity Cup will be the first online tournament where we will see this epic rivalry battle each other online in the Finals which start tonight at 10:30 p.m. IST. Photo: Anastasiia Korolkova/FIDE

Carlsen vs Duda - Written in the stars

Carlsen-Nakamura matches have always been a thriller, especially in online tournaments over the past couple of years. If there has been one player who is known to cause a lot of trouble in various high stakes over-the-board tournament, Jan-Krzysztof Duda is the first name that comes to mind. Duda has already created two strong statistics in favor of him against Magnus Carlsen. Are we in store for another? Only time will tell. The event is supported by NEAR Foundation and is being held as a fundraiser for UNICEF. So far more than $100,000 has been raised.

One can never have enough of Carlsen vs Duda encounters | Photo: Anastasiia Korolkova/FIDE

Liem got a good position in the middlegame against Duda in their first game of the Semifinals. White's position certainly looks pleasant after 19.f4. The FIDE World Cup 2021 winner is not the one to give up easily. He fought back and equalized in the game, created some play for himself and waited for the right opportunity to strike back. 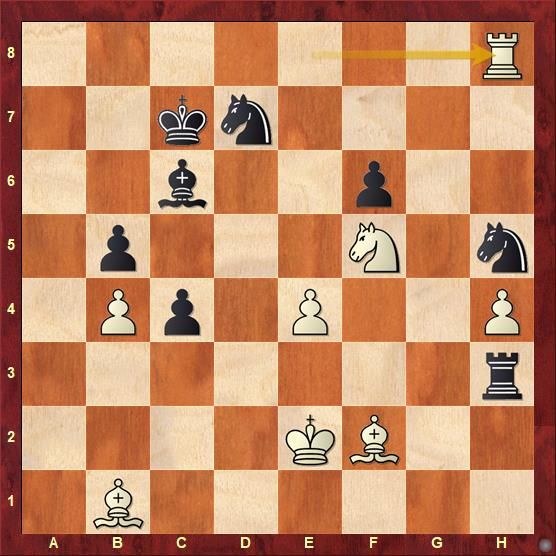 The knight was obviously not going to stay at h5 forever. 51.Rh8 provoked the knight to move to a better square Nf4+ 52.Kd2 c3+ 53.Kc1 Rh1+ 54.Kc2 Bxe4+ and White lost material. Duda won the game and drew the next three to advance to the Finals.

The world champion had some chances in the first game. However, it ended in a draw after 110 moves. The second game was also drawn. Carlsen struck first in the third game when Ding Liren went wrong in the relatively equal yet complex queen endgame. 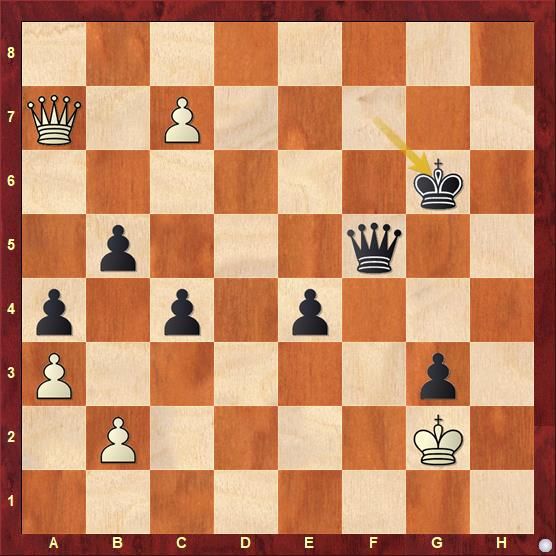 Ding Liren being in a must-win situation to force tie-breaks, went all-in in the endgame. Unfortunately it did not work out for him and he lost the fourth game too. Thus he lost the Semifinal 1-3 and got eliminated. 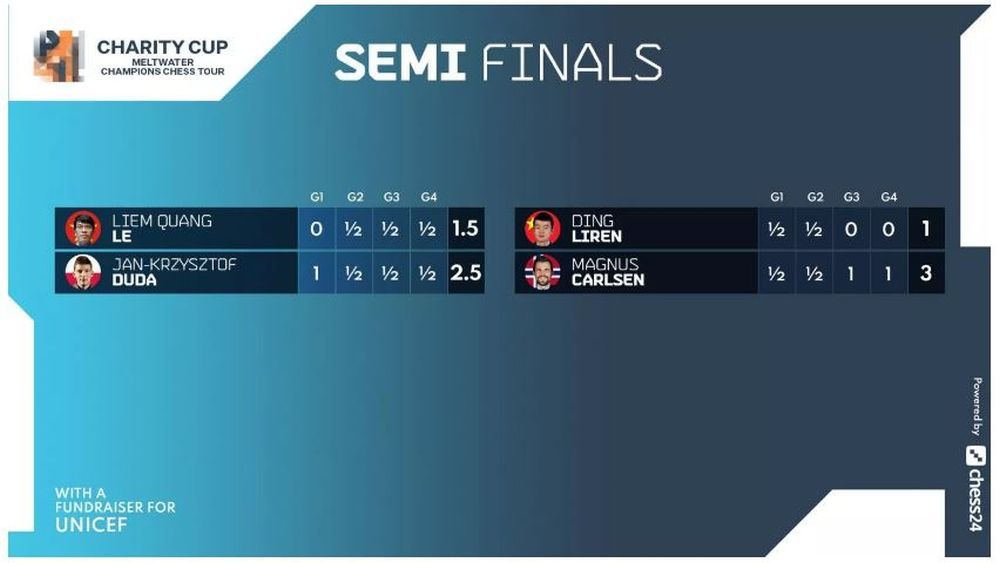 Both Finalists did not lose a single game| Photo: chess24 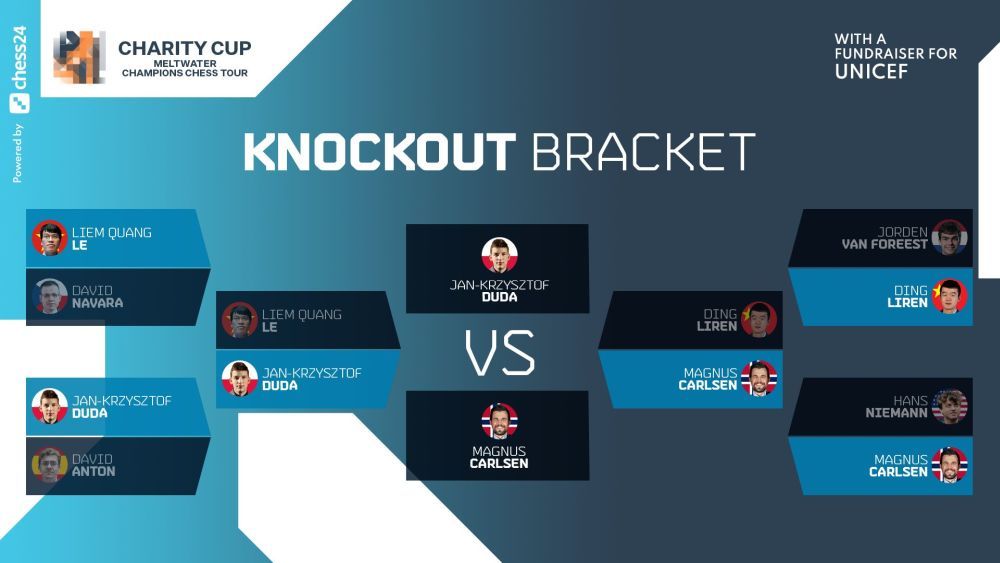 Duda vs Carlsen will be the Finals | Photo: chess24