Praggnanandhaa es en fuego which means Praggnanandhaa is on fire. He beat World Blitz 2013 champion Liem Le Quang in a similar fashion as he beat Jorden van Foreest and Shakhriyar Mamedyarov in the first two rounds of Meltwater Champions Chess Tour Oslo Esports Cup. Liem was just coming off of a victory against Carlsen in Round 2. Pragg drew the first game, won the second one by taking the attack to his opponent. A time scramble caused both players to err in the third game. In the end, it was Liem who made the final mistake which caused Pragg to win the game and match. Carlsen displayed a positional masterpiece as mentioned by Peter Leko to beat Anish Giri and get back on the winning side. Carlsen vs Pragg in Round 4 starts tonight at 9:30 p.m. IST. Photo: chess24

Minimalist Pragg has all the momentum

Praggnanandhaa scored a hat-trick by winning all three matches in just three games, the minimum required to win a match. He will face the toughest challenge of the tournament in the form of Magnus Carlsen in Round 4. We all remember Pragg beating the world champion for the very first time, a little over two months ago at Airthings Masters. 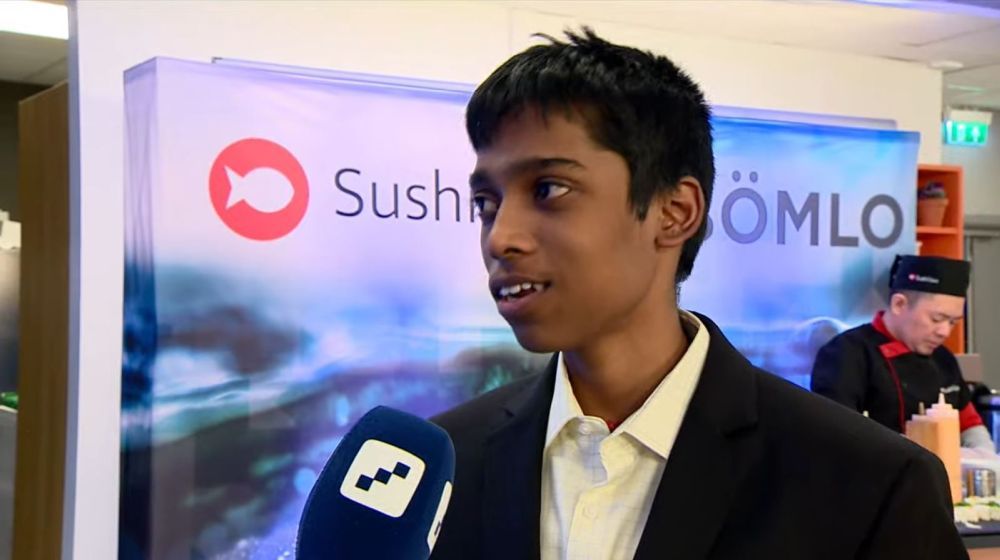 Praggnanandhaa is undoubtedly in the form of his life | Photo: chess24

The first game was a draw. Both players were gauging each other, Pragg had some small chances but nothing substantial. The second game went Pragg's way. 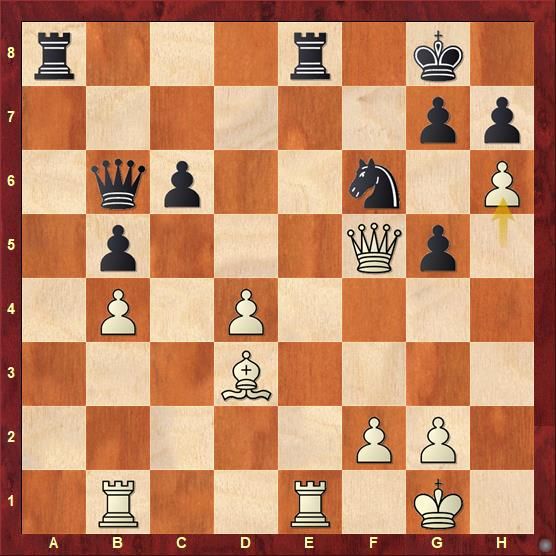 34.h6 is a fantastic attacking move Qxd4 35.Qxg5 Qg4? Black needed to play 35...Ng4 to prevent the checkmate threat at g7. 36.Qc5 Qf4 37.Qxc6 Qxh6 38.Rxe8+ Rxe8 39.Bxb5 things went out of Black's hand. Soon Black had to give up an exchange to get rid of the passed b-pawn but it was already too late. Pragg arrived at a Rook vs Knight endgame. It became just a matter of time and technique for him to convert it into a full point.

Praggnanandhaa decided to sacrifice an exchange as he gained the second pawn for it. 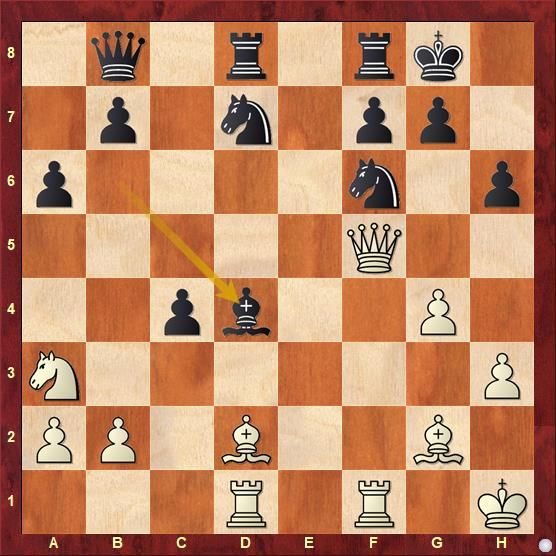 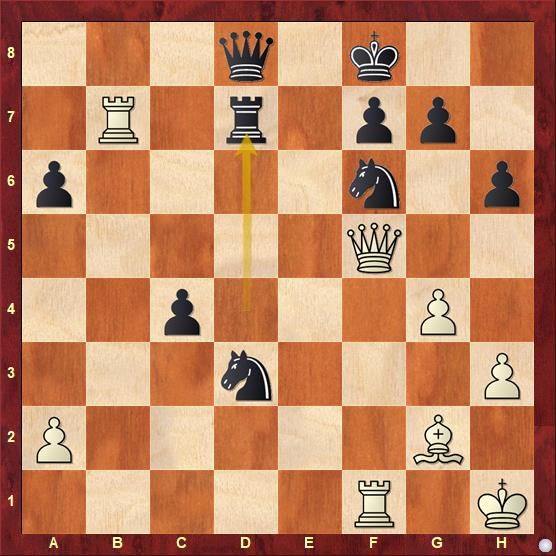 31.Rxd7 Qxd7 shows that he is not afraid of playing a Rook and Bishop vs Two Knights endgame. He believes in the passed pawn at c4 because he can go for a draw. 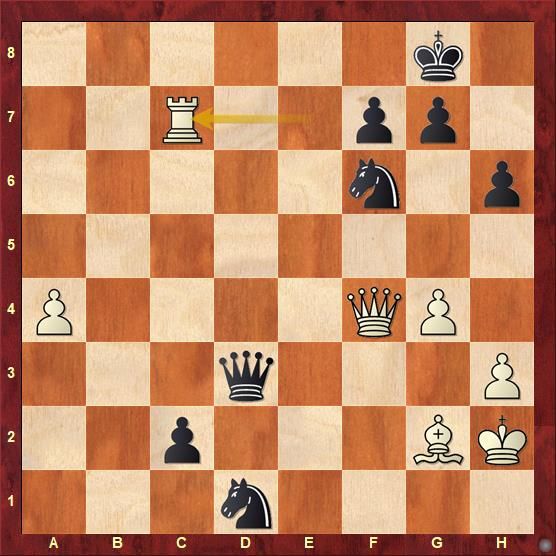 In time scramble, Pragg first made a big mistake. Soon his opponent made a bigger mistake 51.Rc7 which cost him the game. 51.Be4 would have forced Black to draw the game by perpetual check Qe2+ 52.Kg1 Qe1+. Find out the winning continuation for Black after 51.Rc7. 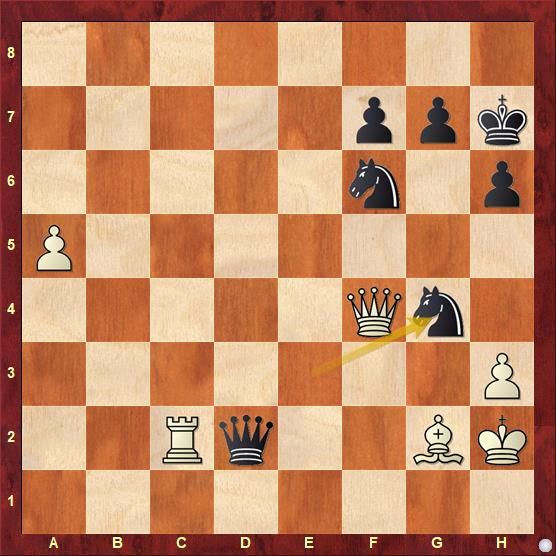 Another day another beautiful finish by Pragg. No matter what happened earlier, a cute finish like that definitely makes one's day. 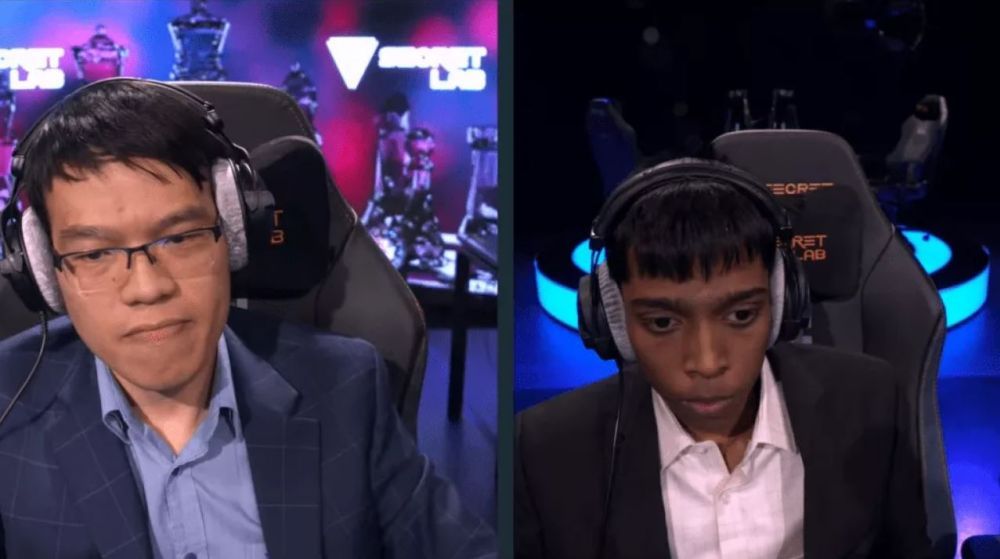 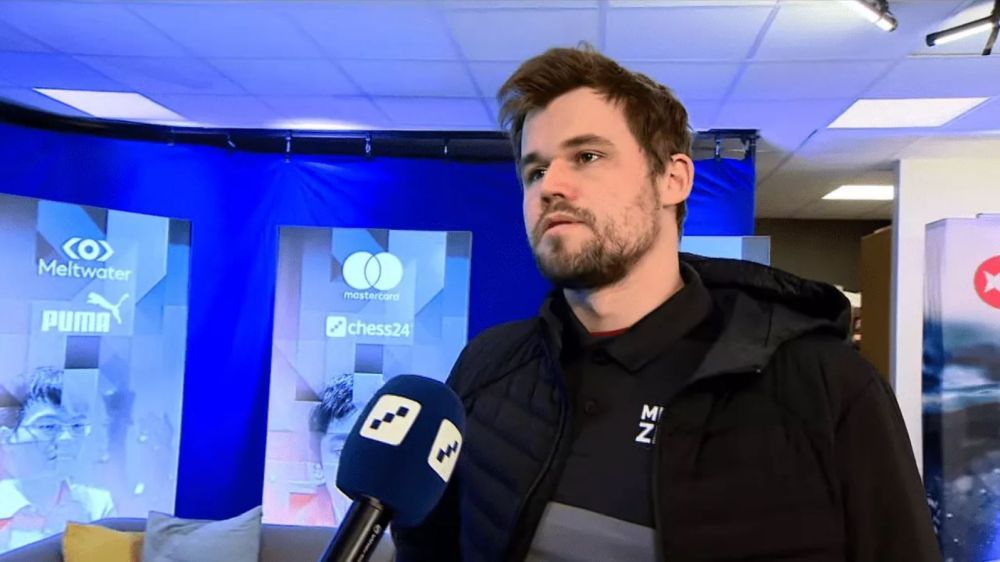 Carlsen made a short work of Giri | Photo: chess24 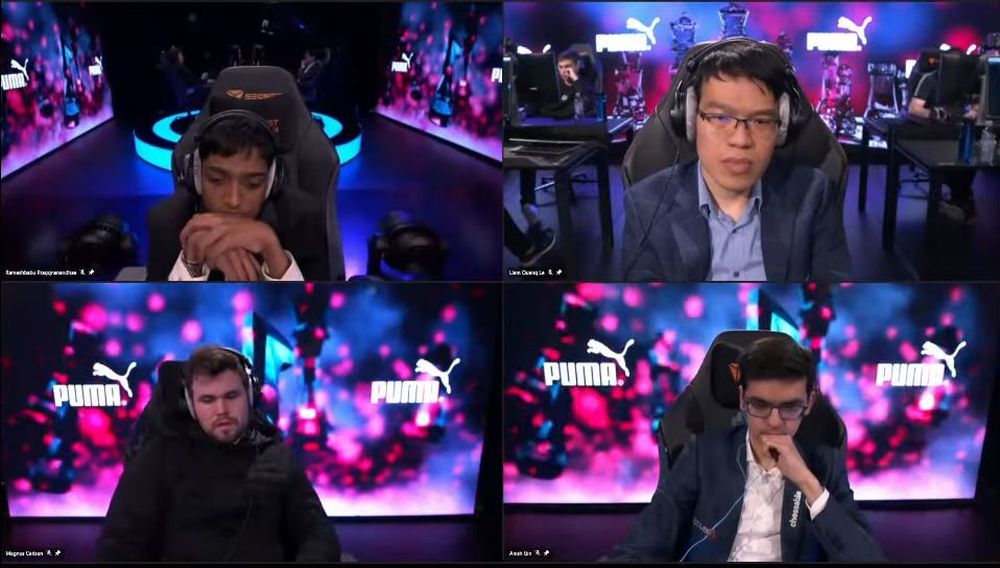 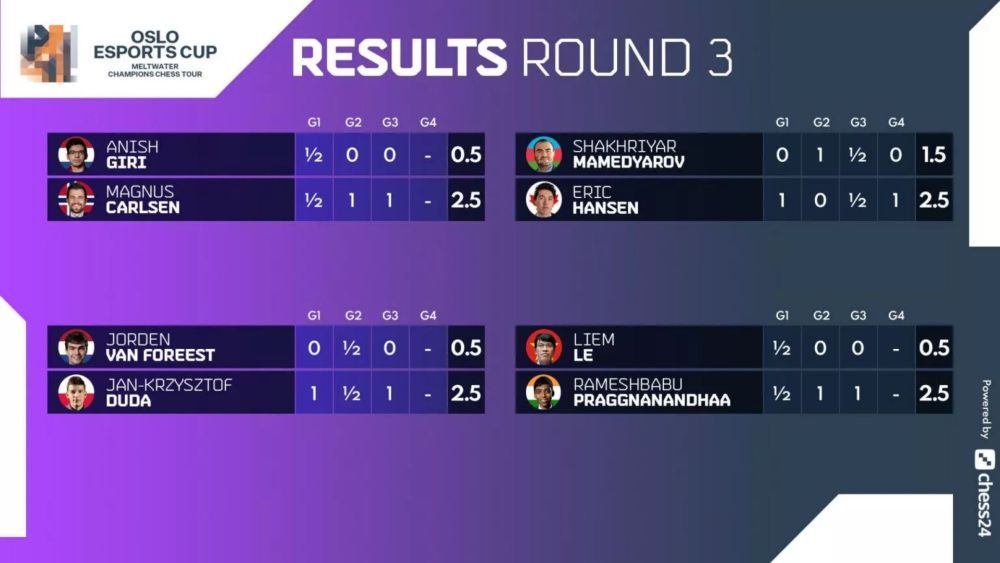 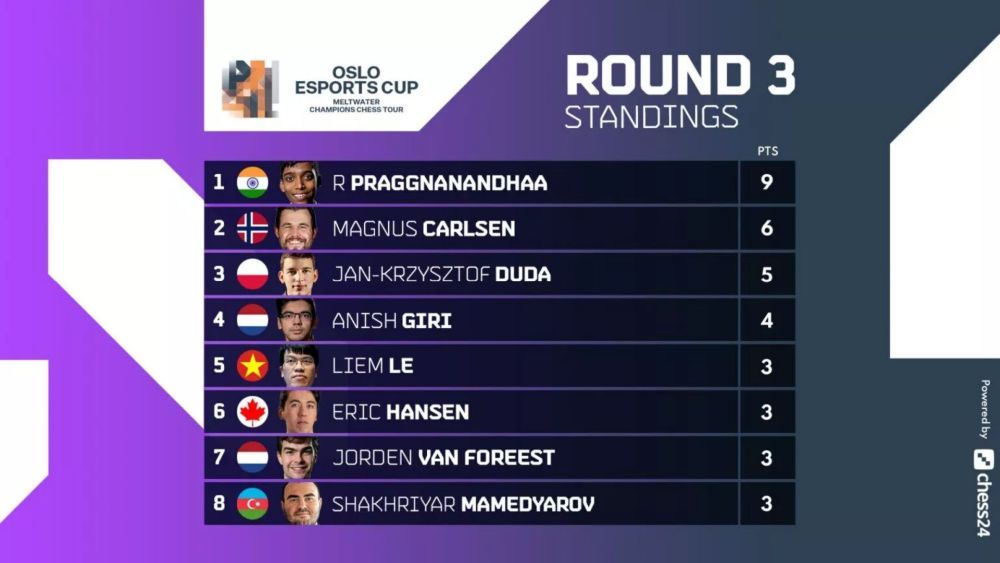 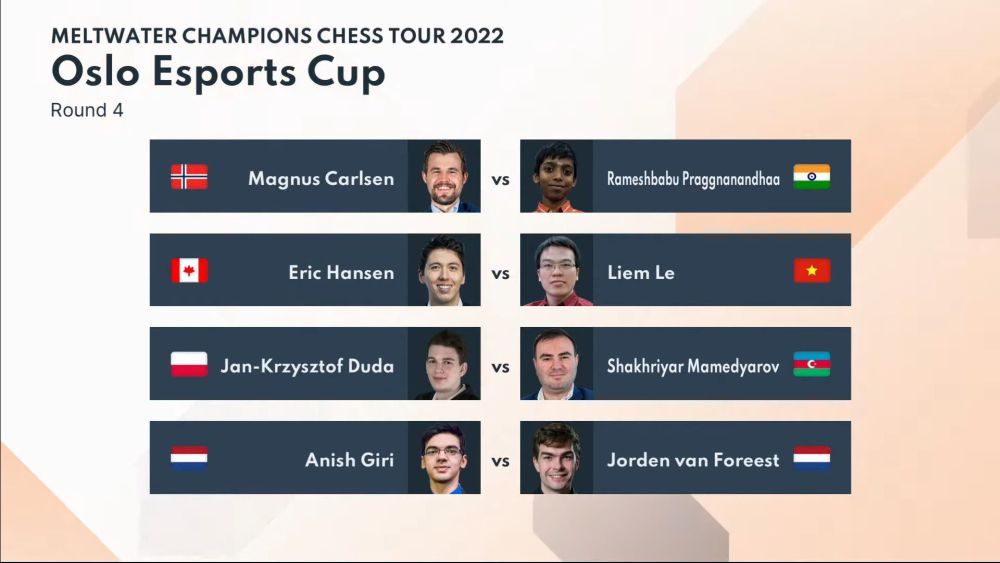 Pragg will battle against Magnus Carlsen in Round 4 | Photo: chess24