A fantastic day for Jorden

Jorden van Foreest had a great day as he beat Ding Liren, David Navara and Richard Rapport. His sole draw was against the world champion who was in grave danger. Liem maintained his sole lead. He has advanced to the Knockout stage already. Magnus has also advanced to the next stage unless a mathematical probability denies him a spot in the Quarterfinals.

Praggnanandhaa put up a good fight against Carlsen. He faltered in the final seconds of the game. 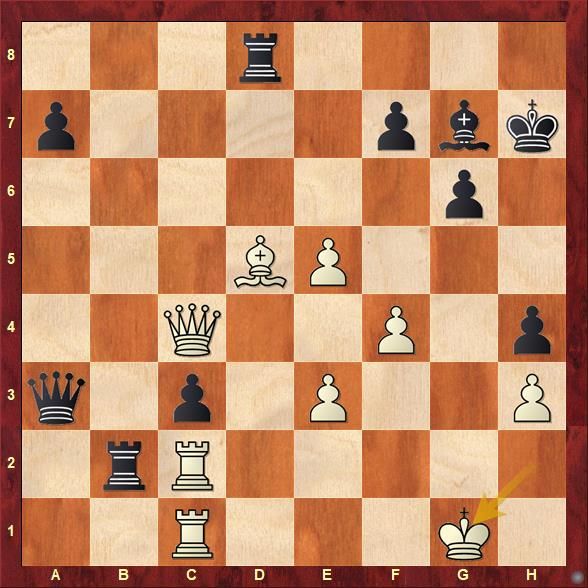 Vidit Gujrathi made the most out of his opportunity against the women's world champion, Ju Wenjun. 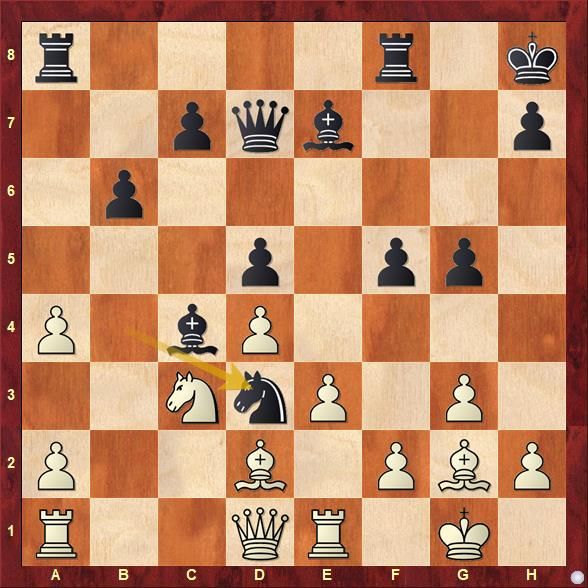 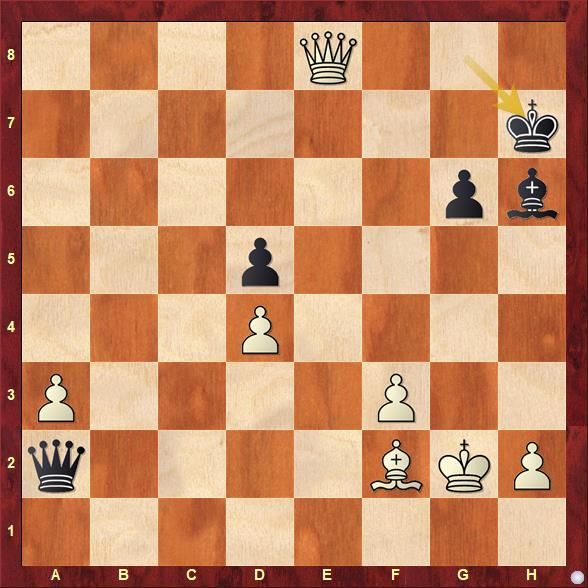 Queen endings are quite difficult to defend and being behind by two pawns certainly does not help the case. Praggnanandhaa somehow managed to endure all the difficulties and salvage a draw. 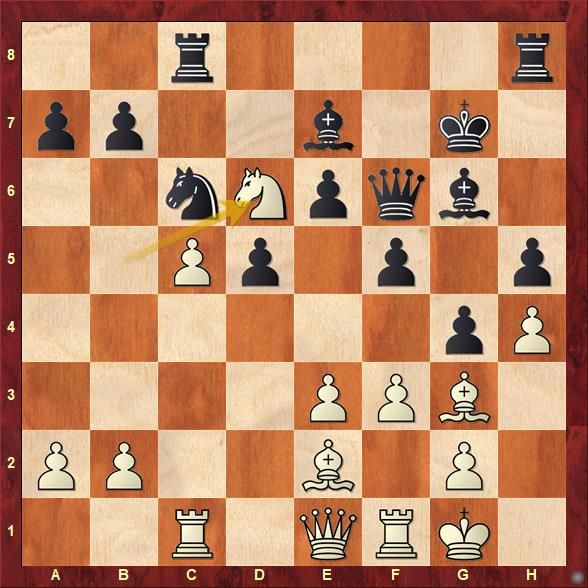 It was almost an echo to Vidit's win against Ju in Round 9. Once again he put his knight on d6 which caused a lot of trouble in opponent's camp and he went on to win the game.

Praggnanandhaa ended the day with a win over Lei Tingjie. 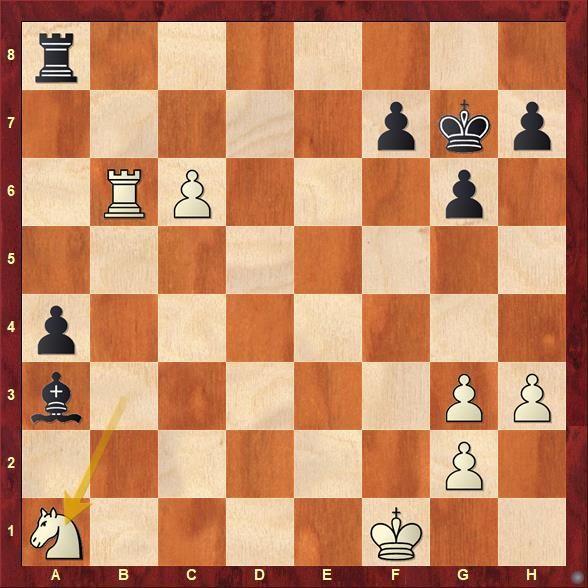 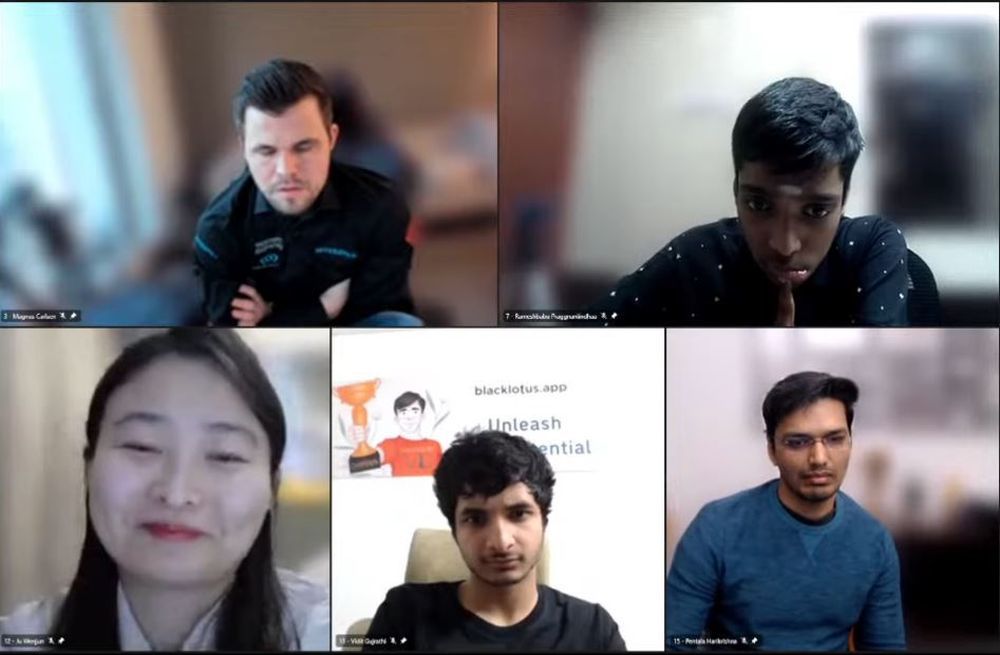 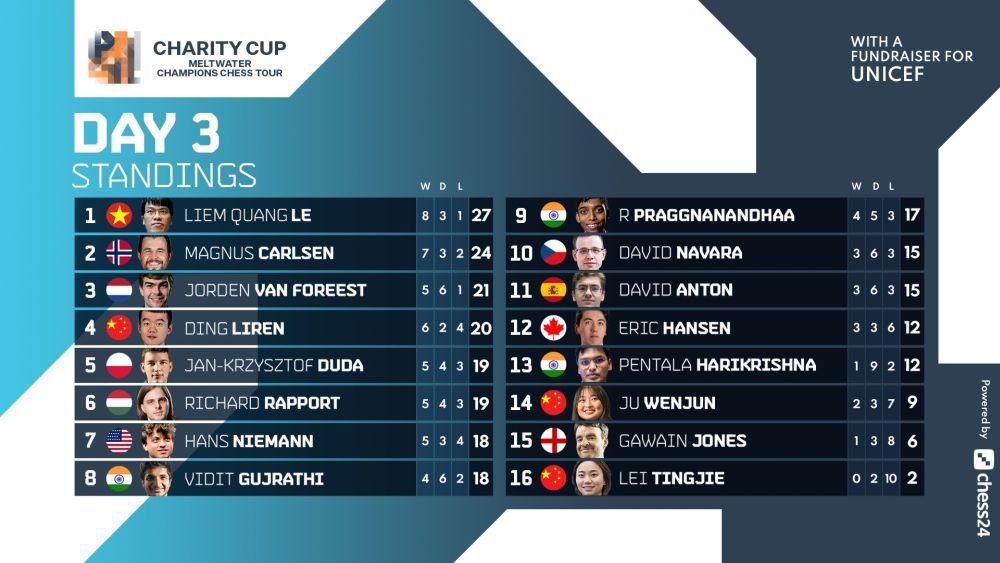