The fifth leg of Meltwater Champions Chess Tour 2022 season is FTX Road to Miami. Arjun Erigaisi will be the sole Indian taking part in this event. He will face his nemesis Levon Aronian on the very first day of the Prelims, in Round 2. They will be joined by the three Candidates - Teimour Radjabov, Jan-Krzysztof Duda and Richard Rapport. Radoslaw Wojtaszek, Jeffery Xiong and Sam Sevian will be making their Tour debuts. Three more Americans will also be seen in action - Leinier Dominguez Perez, Sam Shankland and teenager Hans Niemann. Women's World Champion Ju Wenjun, Wei Yi, Anish Giri, Shakhriyar Mamedyarov and Aryan Tari are also there. Round 1 starts tonight at 9:30 p.m. IST. Photo: chess24

Arjun Erigaisi faces Aronian in Round 2

The second round of FTX Road to Miami will witness a clash between the current India no.5 and World no.46 Arjun Erigaisi and USA no.2 and World no.6 Levon Aronian tonight. 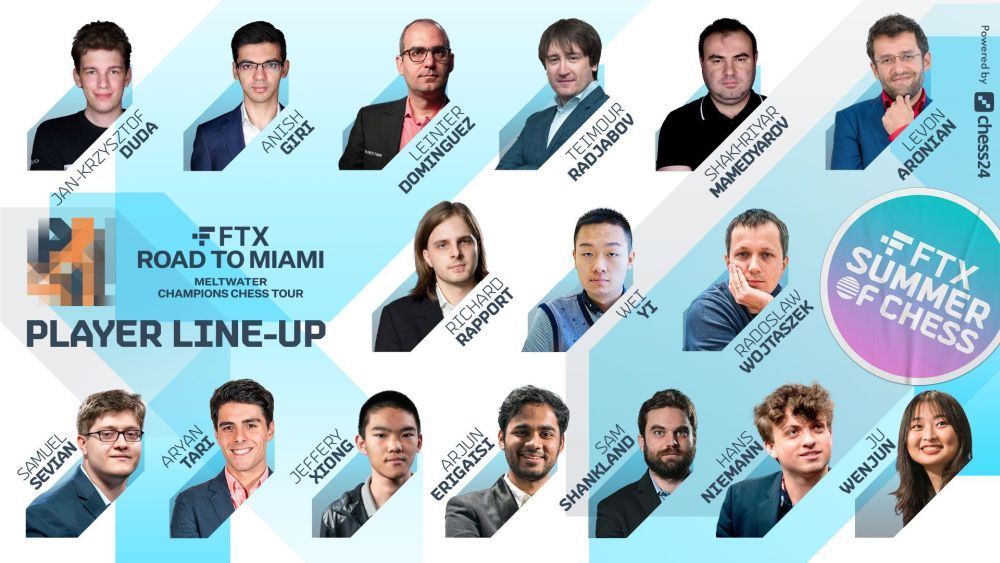 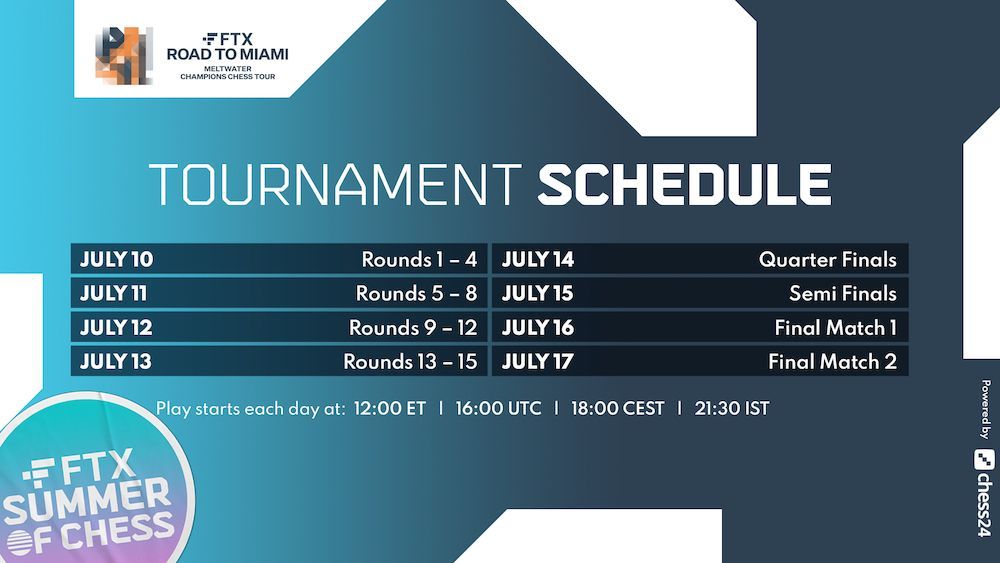 Magnus Carlsen continues to lead the tour standings table with $106,500 earnings so far. Praggnanandhaa is at second place with $61250. However, both of them are not taking part in this event. The World Champion will take part in the next Major event, FTX Crypto Cup starting next month from 15th August. Levon Aronian will join the three Candidates - Teimour Radjabov, Jan-Krzysztof Duda and Richard Rapport. Radoslaw Wojtaszek, Jeffery Xiong and Sam Sevian will be making their Tour debuts. Three more Americans will also be seen in action - Leinier Dominguez Perez, Sam Shankland and 19-year-old Hans Niemann. Women's World Champion Ju Wenjun, China no.3 Wei Yi, Anish Giri, Shakhriyar Mamedyarov, Aryan Tari and Arjun Erigaisi will also be seen in action. 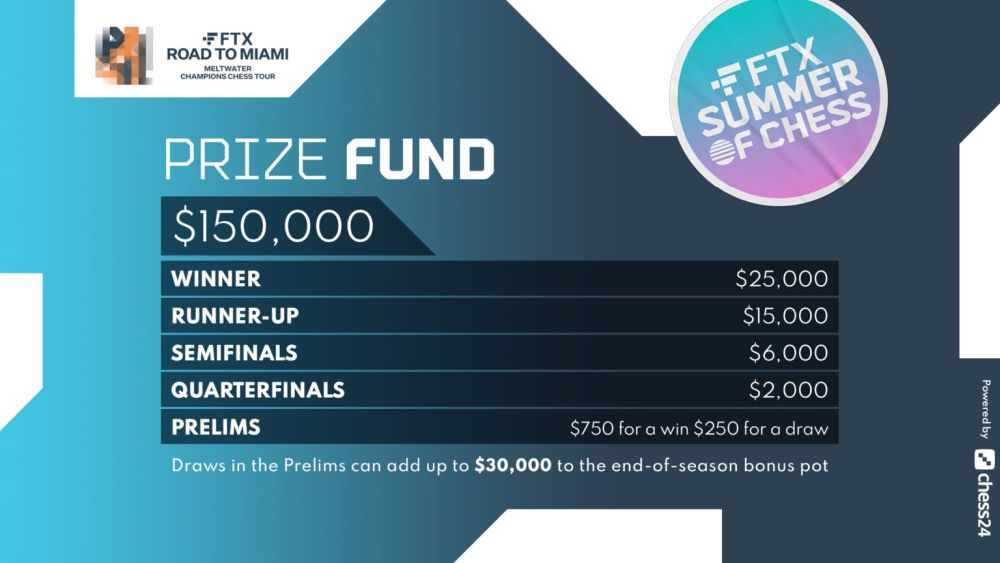 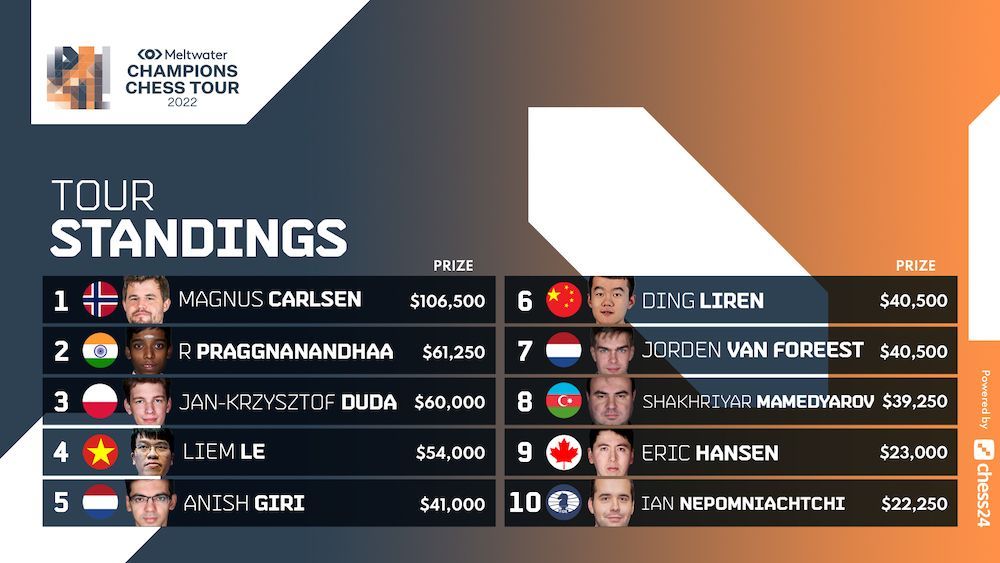