Magnus Carlsen brought an end to Praggnanandhaa's winning streak in the fourth round of Meltwater Champions Chess Tour Oslo Esports Cup. Pragg played well in the first game. However, he was unable to maintain accuracy when the time got low. In the second and third game, the 16-year-old made some simple mistakes which cost him the game. It goes without saying that it is certainly okay to lose against the world champion, many stalwarts have fallen in the battlefield against him on multiple occasions. The teenager is just getting started. This win allowed Carlsen to join Pragg in the lead with 9.0/12 and $22500 earnings. Pragg will face the popular streamer Eric Hansen in Round 5. It starts tonight at 9:30 p.m. IST. Photo: ChessBase India live stream

FIDE World Cup 2021 winner, Poland no.1 Jan-Krzysztof Duda defeated Shakhriyar Mamedyarov 4-2 in the tie-breaks. He reduced the gap between him and the tournament leaders Carlsen and Praggnanandhaa. The Pole is now at 7.0/12 and has $17500 earnings.

In the first game, the critical mistake by Praggnanandhaa would be to go into a major piece endgame with two pawns down. 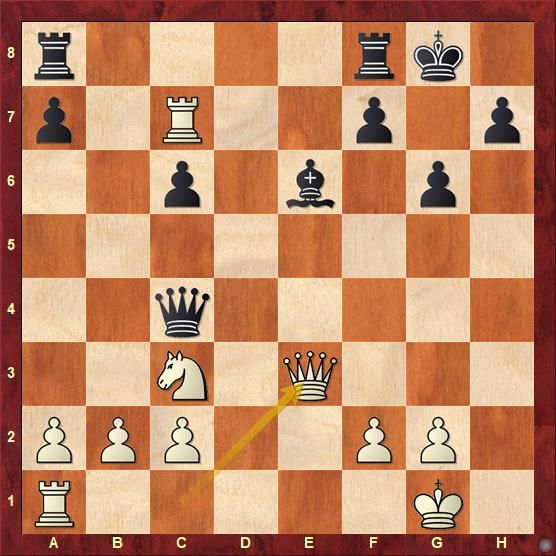 The a7-pawn is under attack and Black has split pawns on the queenside. Since the position is open, keeping the bishop would make more sense, although Black needs to be careful about the knight jumping to f6 via e4. According to the computer 21...Qb4 22.b3 Qa5 23.Rxc6 Rac8 is fine for Black. 21...Bd5 was played 22.Nxd5 Qxd5 23.Rxa7 Rae8 24.Re7 Rxe7 25.Qxe7 Black is now in a difficult fight to survive, especially against endgame maestro like Carlsen.

Praggnanandhaa blundered an exchange in the second game. 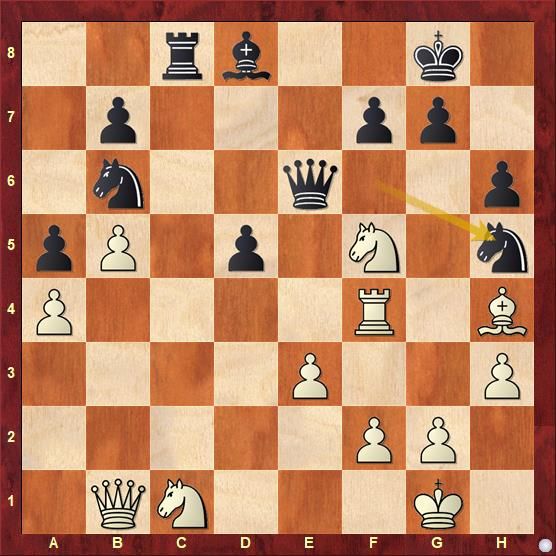 Being in a must-win situation, Pragg pushed too hard. There was actually no attack, yet he went for it anyway and had to pay a heavy price for it. 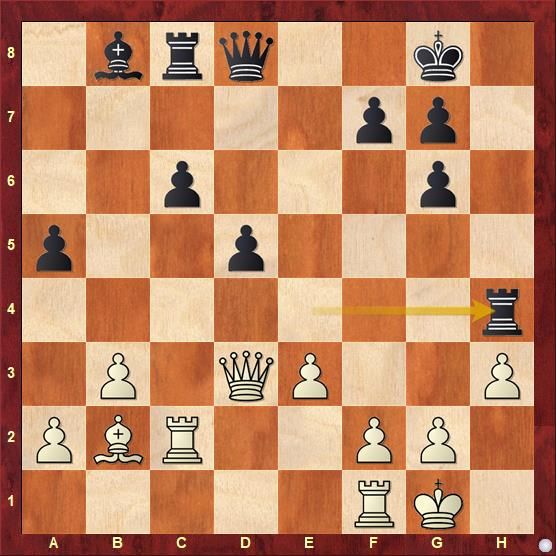 Black had to play positionally like 24...Qc7 25.g3 Qb7 and so on. Instead, 24...Rh4 does not yield anything. There is absolutely nothing for Black. Soon White invaded through the queenside and converted the decisive advantage comfortably. Praggnanandhaa suffered his first loss of the event against Magnus Carlsen | Photo: chess24 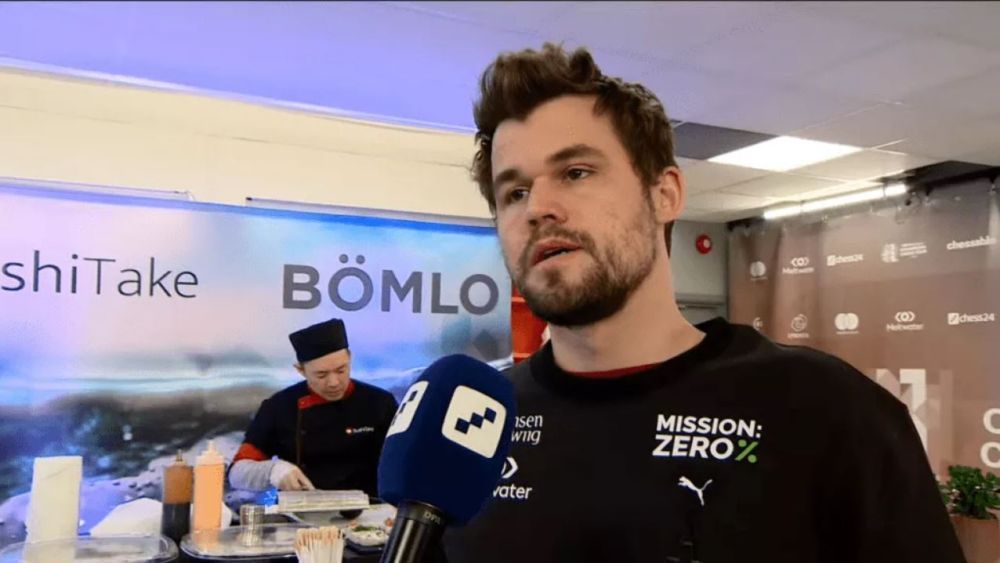 Magnus Carlsen is world number one for a reason | Photo: chess24 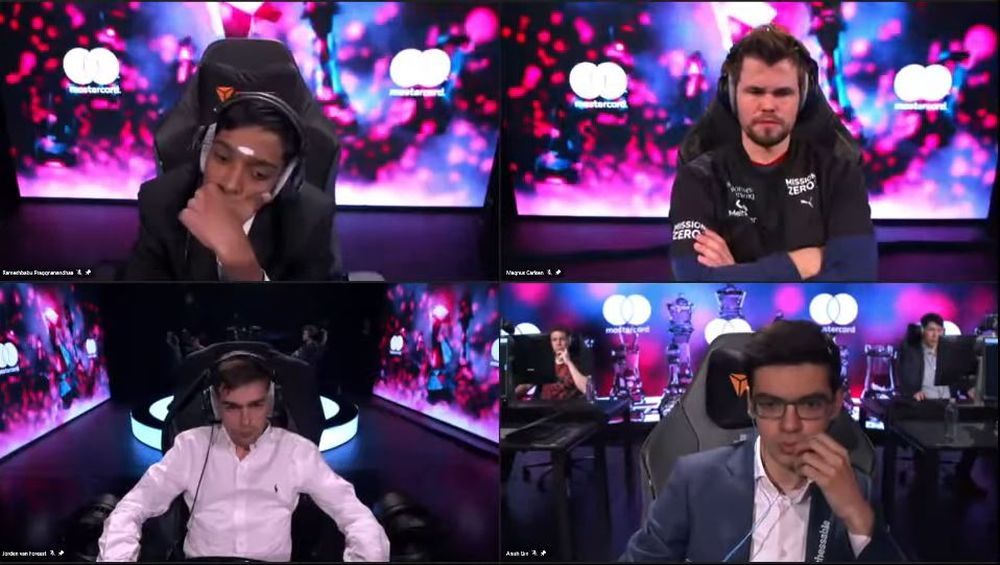 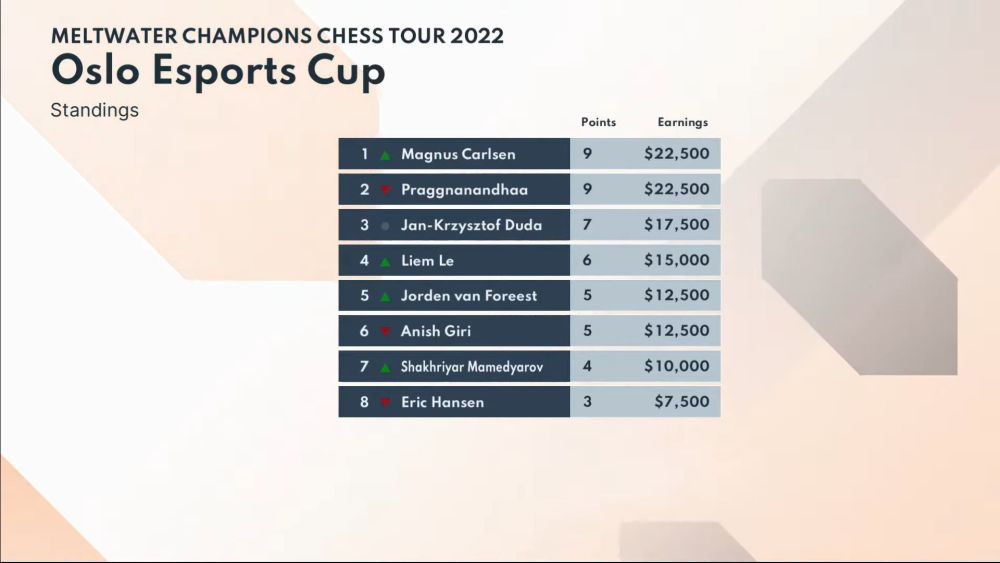 Carlsen joined Praggnanandhaa at the top with 9 points and $22500 earnings | Photo: chess24 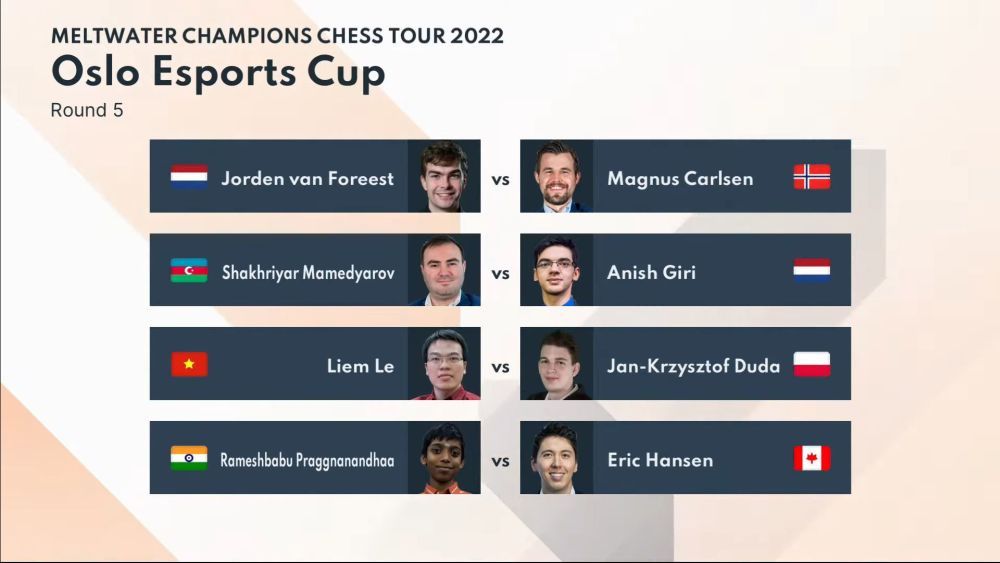 Praggnanandhaa will face Eric Hansen in Round 5 | Photo: chess24