Vidit, Harikrishna and Praggnanandhaa will duke it out with World's best at Chessable Masters 2022

The fourth leg of Meltwater Champions Chess Tour 2022 season is the third edition of Chessable Masters. Vidit Gujrathi, Pentala Harikrishna and Praggnanandhaa the Indian trio will make a return to the tour together after Charity Cup this past March. Ding Liren will be seen in action after becoming World no.2 and qualifying for the Candidates 2022. They will be joined by the tour leader, world champion and world no.1 Magnus Carlsen, Shakhriyar Mamedyarov, Jorden van Foreest, Anish Giri, Aryan Tari, David Anton Guijarro, Sam Shankland, Gawain Jones, Nils Grandelius, Eric Hansen, Yi Wei and World's youngest GM Abhimanyu Mishra. Chessable Masters Round 1 starts tonight at 9:30 p.m. IST. Photo: chess24

Harikrishna will face Vidit in Round 1

The first round of Chessable Masters 2022 will witness a clash between India no.2 Vidit Gujrathi vs India no.3 Pentala Harikrishna. The tournament will also see a battle between World no.1 Magnus Carlsen and World no.2 Ding Liren in Round 13 on Sunday 22nd May at 9:30 p.m. IST. 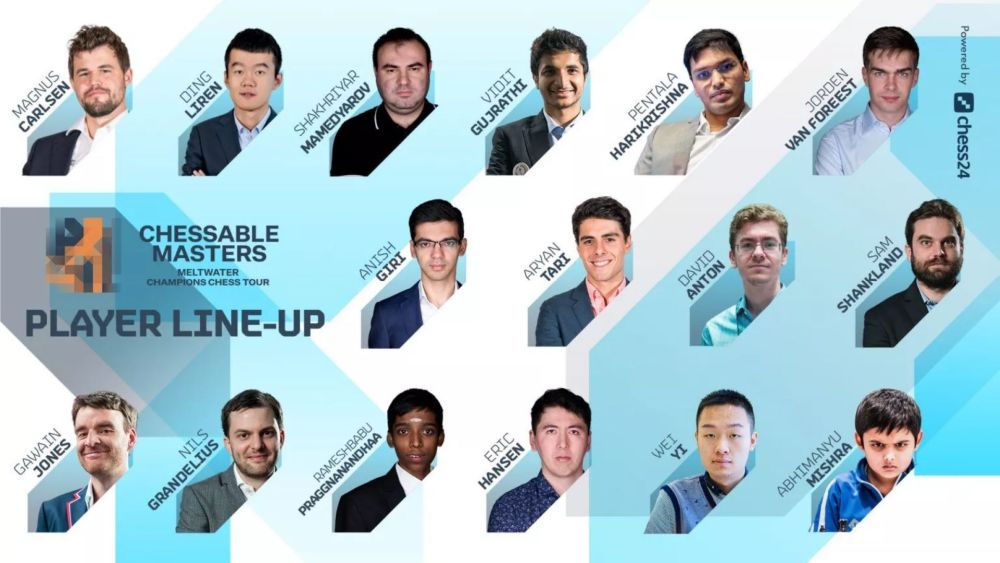 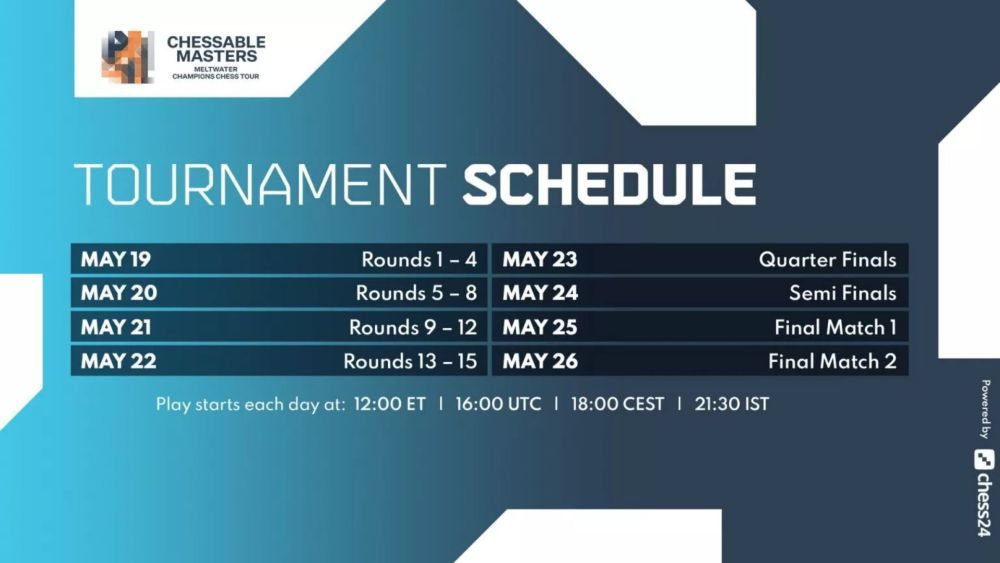 Magnus Carlsen is currently leading the tour standings table with $93,500 so far. Praggnanandhaa. Jorden van Foreest, Shakhriyar Mamedyarov and Anish Giri are at fourth, fifth, sixth and seventh in the tour standings. Ding Liren will make a return to the tour after becoming World no.2 and qualifying for the Candidates. They will be joined by Eric Hansen, David Anton Guijarro, Vidit Gujrathi, Pentala Harikrishna, Gawain Jones along with the debutants of the 2022 season - World's youngest GM Abhimanyu Mishra, Sam Shankland and Sweden no.1 Nils Grandelius. Yi Wei and Aryan Tari are two invited players. 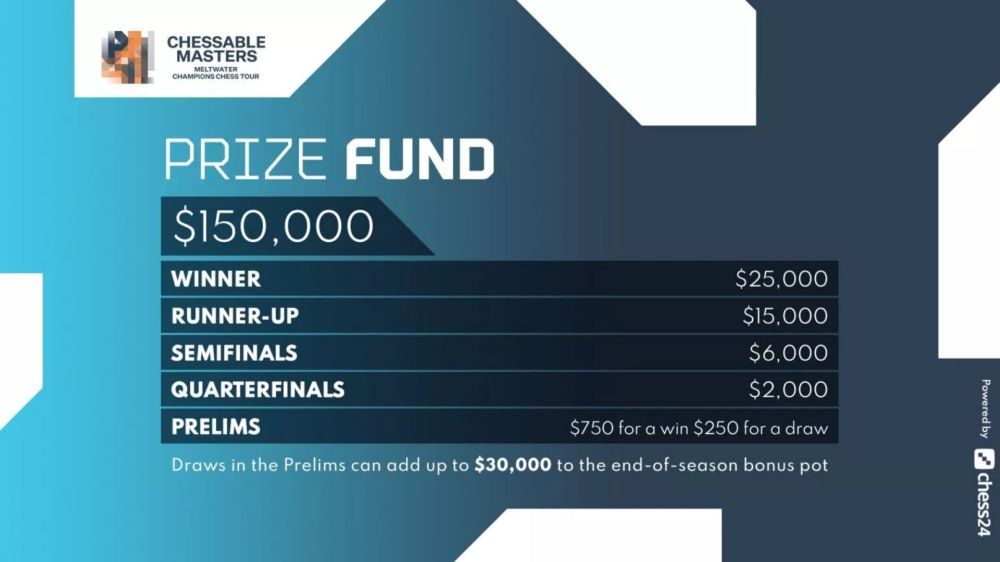 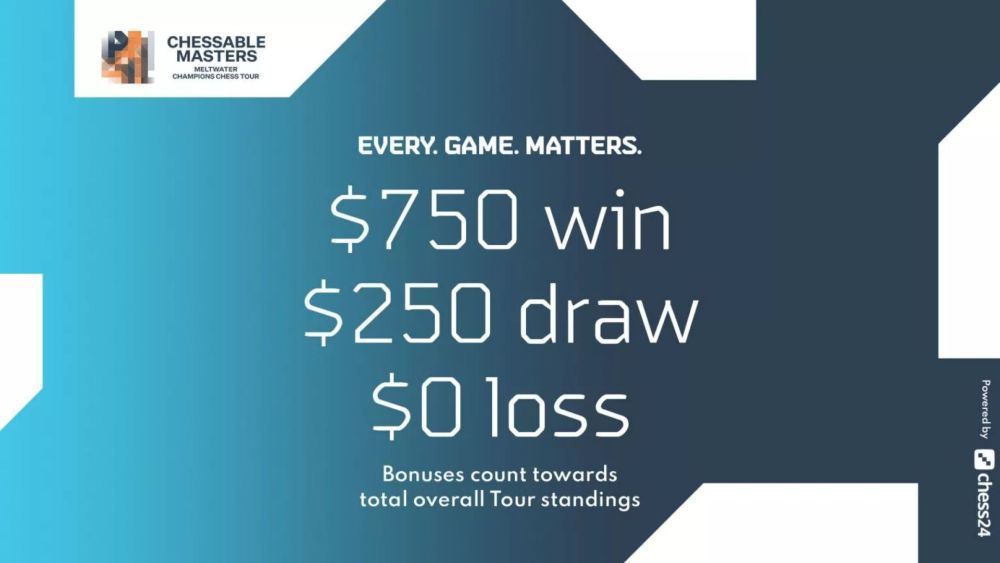 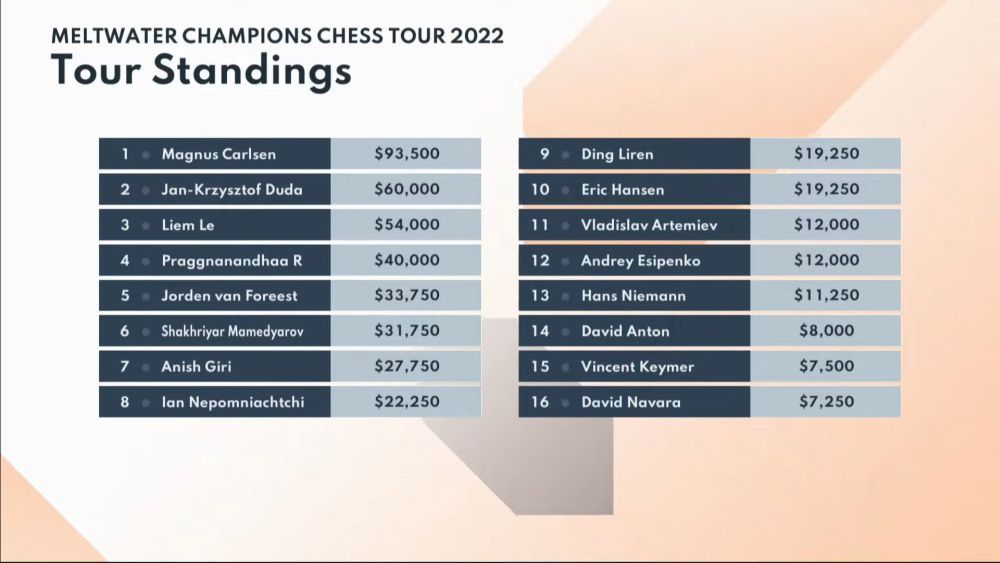 Let's take a look at what the participants have tweeted recently