Meltwater Champions Chess Tour FTX Crypto Cup Day 1 saw Anish Giri emerge as the sole leader with 4.0/5. He scored victories over Pichot, Ding Liren and Grischuk. Three players are at 3.5/5 and they are - Nakamura, Vachier-Lagrave and So. Vachier-Lagrave got his revenge against Grischuk from the Candidates 2020 and he also handed Carlsen his sole defeat of the event so far. It is safe to say that the Frenchman is off to a good start. The Bitcoin prizefund evaluation as of 3:30 p.m. CET yesterday was $77849.12. Catch Day 2 action tonight on ChessBase India youtube channel from 8:30 p.m. IST. with live commentary by IM Sagar Shah and Amruta Mokal. Photo: Lennart Ootes/FIDE

Carlsen has a forgettable start

It is not everyday that world champion starts with a 50% score 2.5/5 on the first day of a Meltwater Champions Chess Tour. Carlsen is currently lingering at the bottom half of the points table at the shared eight position with Caruana and the Challenger to his world title Nepomniachtchi. Of course two more days left for the Preliminary stage and ten more games left to be played, so a lot can and probably will change.

Aronian was completely winning for the better part of the game against Svidler. 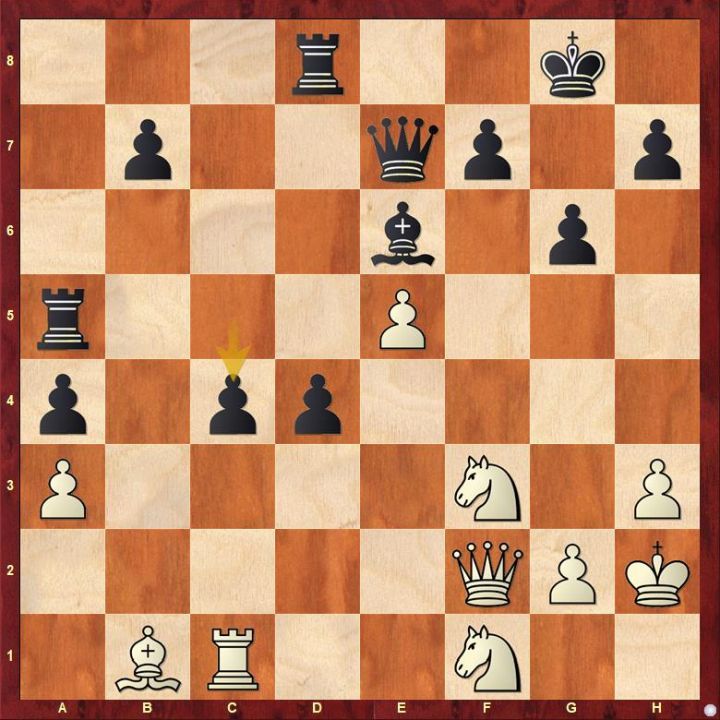 After getting such a fantastic position, a loss can prove to be a devastating blow. 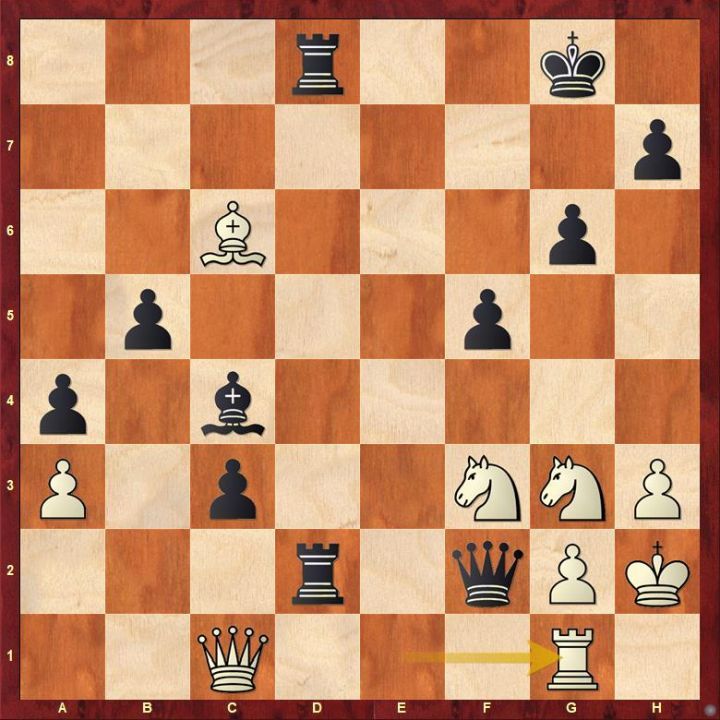 One of the simplest wins black had in the game was after 42.Rg1. Find out what is it. The game went on with 42...c2 which is not wrong but it leads to a longer road to victory. Unfortunately for Aronian, he could not find his way and lost to Svidler eventually. 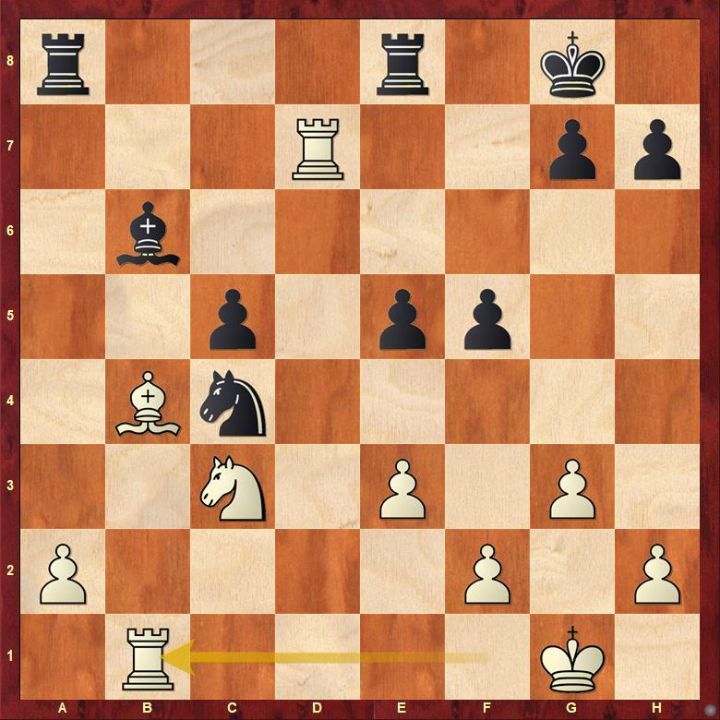 White's bishop is trapped and there is no way to save it. What is the correct way for black to capture it? Firouzja misplayed and the game eventually ended up in a draw.

Carlsen had a shaky start. Despite having a better position for the majority of the game, he allowed Mamedyarov to get back in the game. 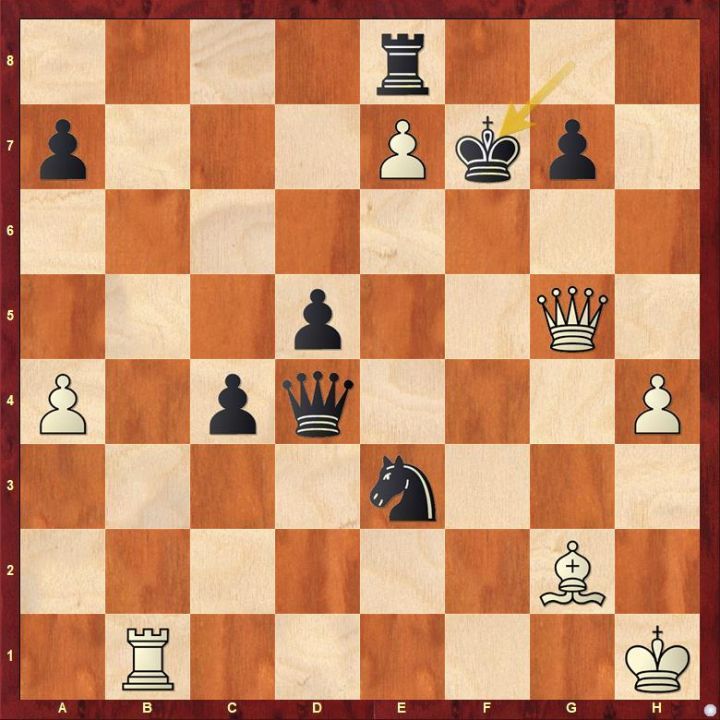 Mamedyarov's best chance in the game was after 43...Kxf7. He played 44.Bf3 and Carlsen managed to save the game and win it eventually. What did white miss here?

Nepomniachtchi made a strong statement by scoring a clinical victory over Dubov.

So scored a fine victory over Grischuk after the latter made some inaccuracies in the endgame.

Giri scored an emphatic victory over Argentina no.1 Alan Pichot. 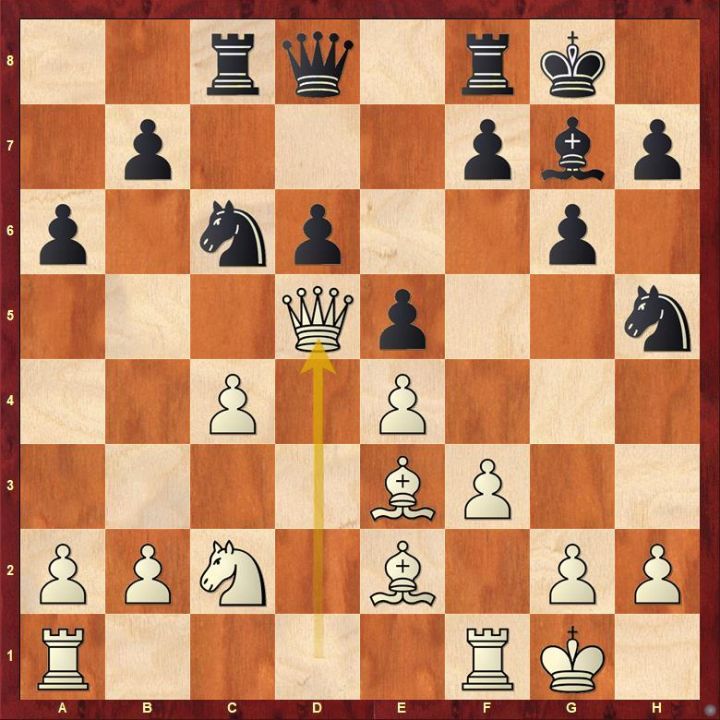 White should have played 15.cxd5 instead. 15.Qxd5 makes things difficult for white as black gets an excellent play. Try to think like Giri and find out the best continuation for black.

Round 2: Carlsen-Nepomniachtchi did not disappoint

Giri got a winning opportunity against Aronian.

Find out the correct plan for black here. The game continued with 36...Re1+ and black lost all his advantage. Giri got one final opportunity in the endgame. 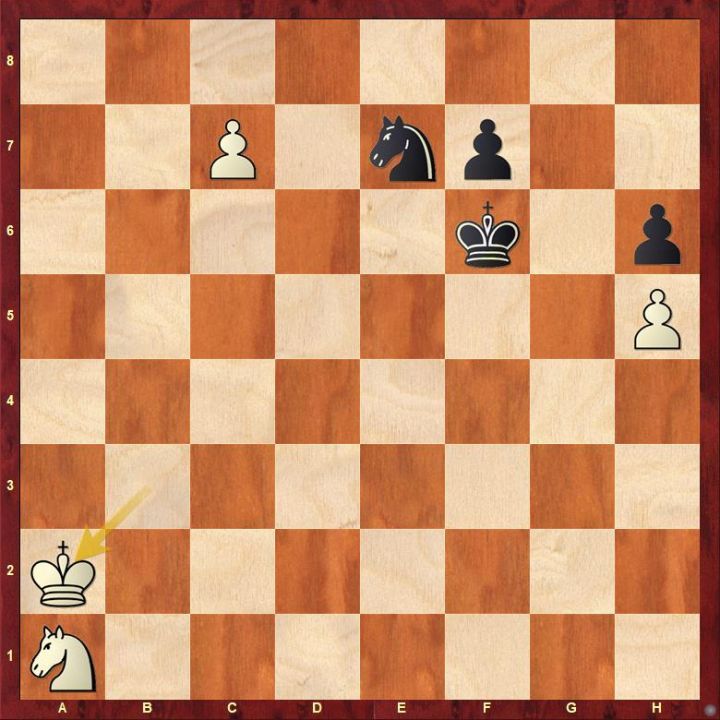 Black can still win this. The question is which way should black move his king? The game ended up in a draw in another thirteen moves.

Vachier-Lagrave got his Candidates 2020 revenge against Grischuk. 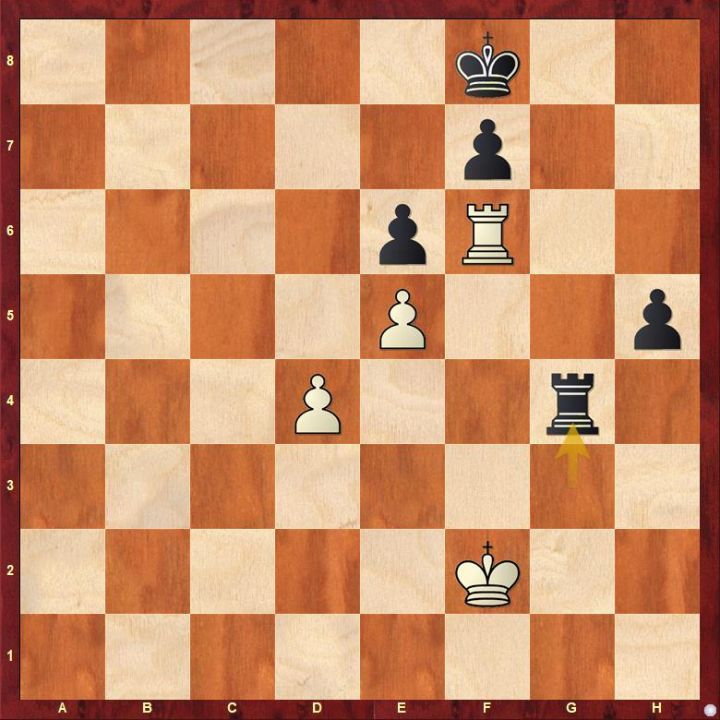 White can still save the game in the above position. How? The game continued with 64.Rh6 which allowed to be one step closer to victory with 64...Rxd4.

The ever creative Dubov sacrificed an exchange against So but things did not work out his way and eventually he lost the game.

One of the most anticipated game of the day was between Carlsen and Nepomniachtchi for obvious reasons. 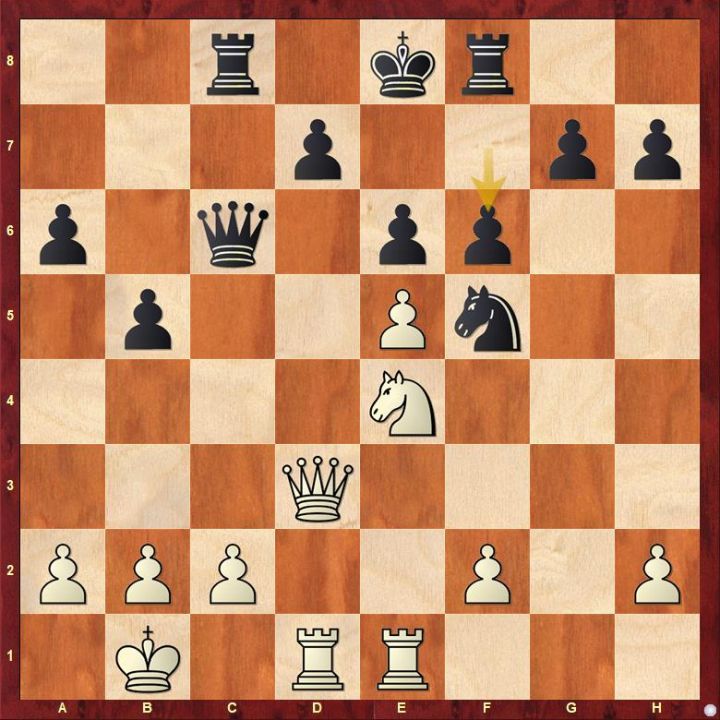 18...f6 is a mistake but white did not punish black for it and continued with 19.f4. What was the better continuation? Black needed to play 21...Rf7 and everything would have been fine but 21...Qd5 made things difficult for black unnecessarily. Eventually Nepomniachtchi managed to escape with a draw with his staunch defence combined with the world champion's slightly inaccurate play. 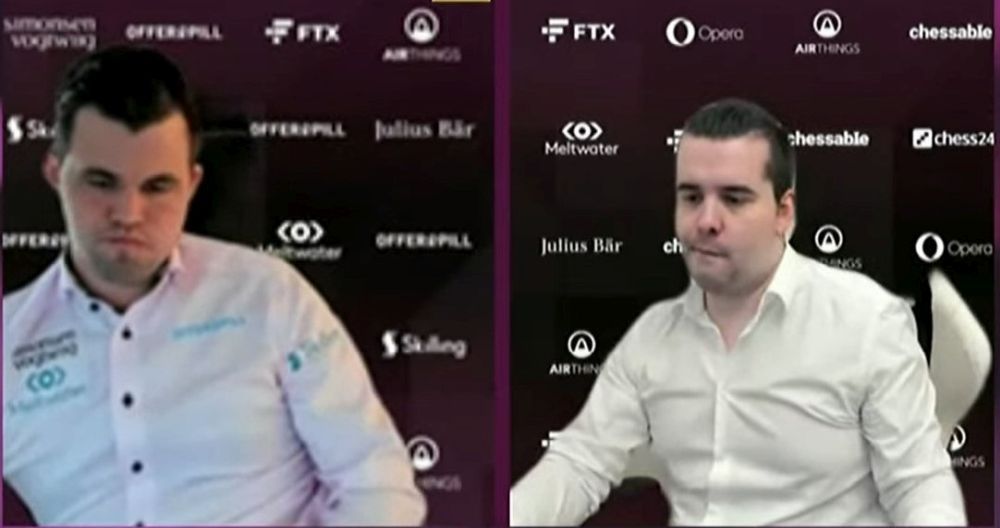 Nakamura scored a comfortable win over Mamedyarov after the latter dropped a pawn in the minor piece endgame.

Radjabov beat Svidler in just 28 moves after the latter blunder in the final moments of the game.

After making two draws, Firouzja scored his first win of the event against Mamedyarov. 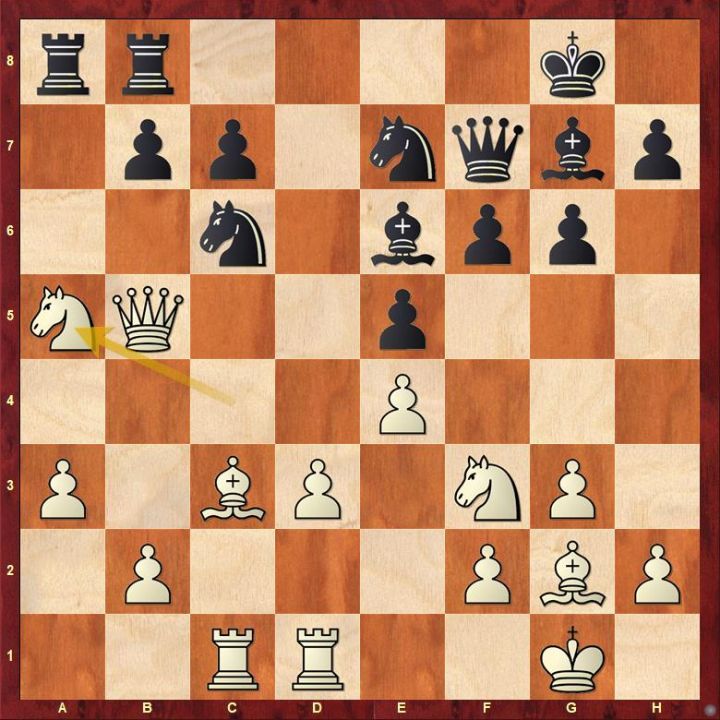 17.Nxa5 is a blunder as it costs white material. Firouzja converted his advantage into a win with ease.

Nepomniachtchi lost his first game of the event against Nakamura. 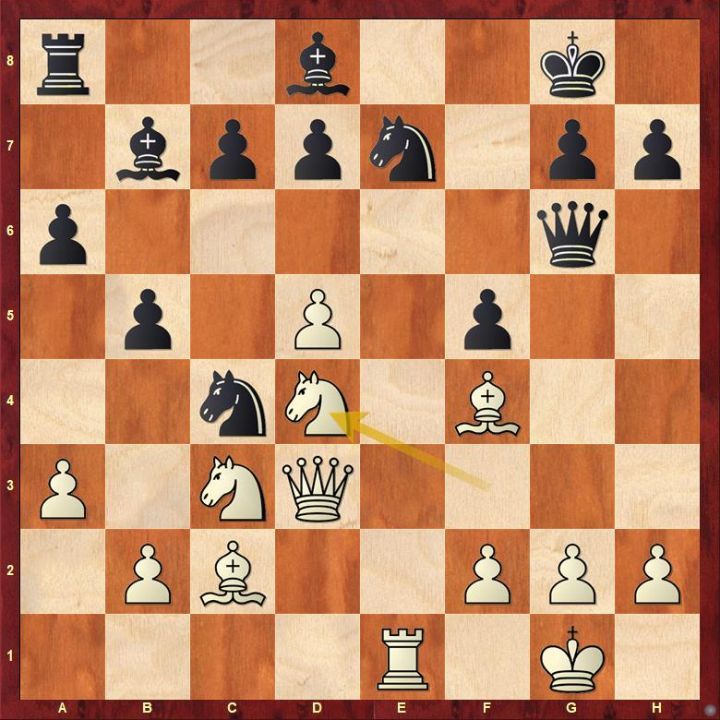 20.Nd4 was the first mistake by Nepomniachtchi which Nakamura overlooked as he played 20...Qf7. What was the better continuation for black? 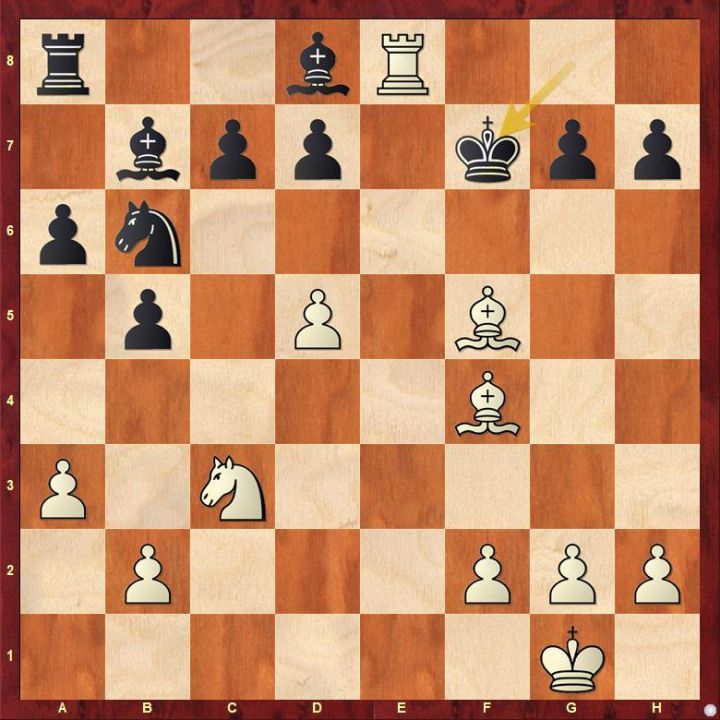 White needed to play 25.Rh8 here and everything would have been fine, instead he blundered with 25.Rxd8 as after Rxd8 26.Bxc7 Re8 makes a back-rank checkmate threat which prevents white from taking on c7. Rest was just a matter of time for Nakamura to convert it into a win.

Ding Liren blundered against Giri in a position where he could have maintained the upper hand. 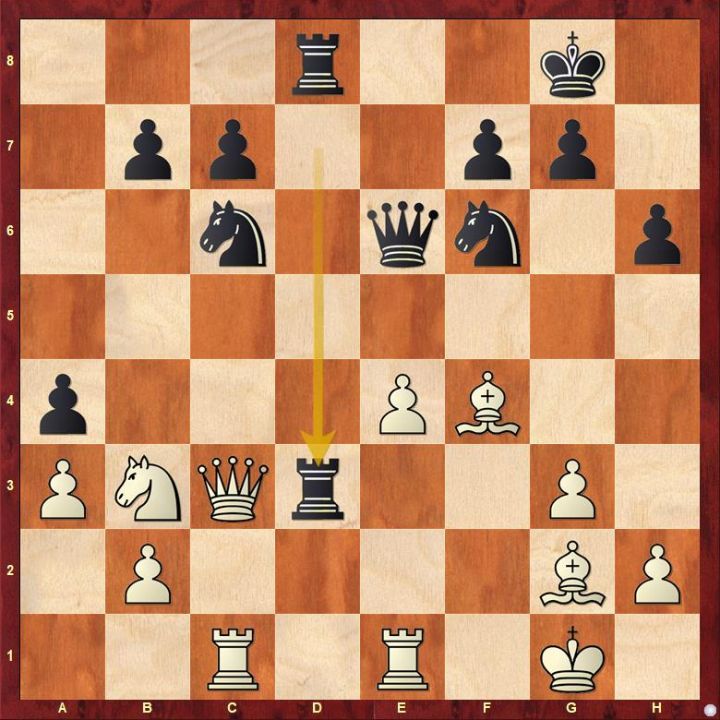 30...Rxd3 was absolutely uncalled for. Find out why it is a mistake. Black should have played 30...axb3 and everything would have been fine.

Round 4: Carlsen loses to Vachier-Lagrave

Grischuk made a break in the center against Giri which actually worsened things for him. 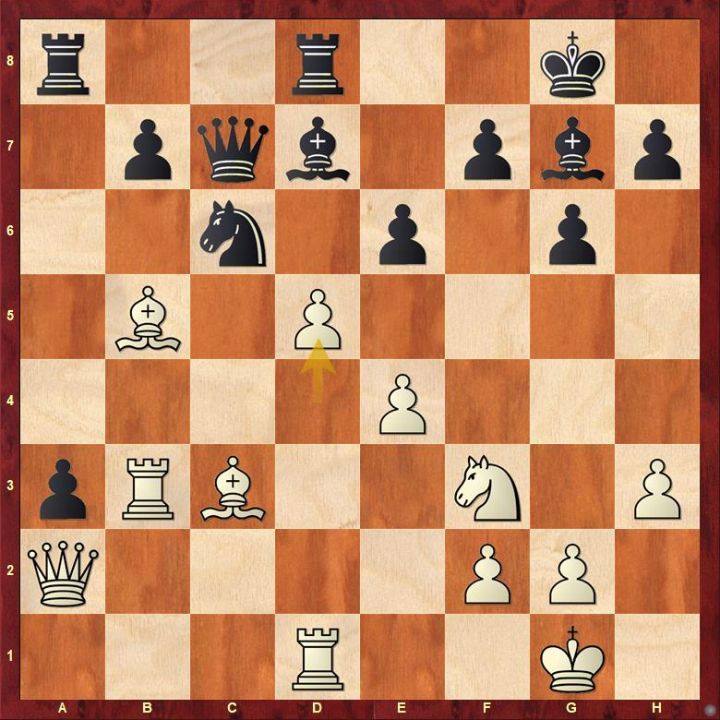 22.d5 is a mistake in white's part. Try to find out why. Giri converted his advantage into a win with ease.

Dubov scored his first and only victory of the day against Pichot.

Carlsen suffered his first and only loss of the day against Vachier-Lagrave. 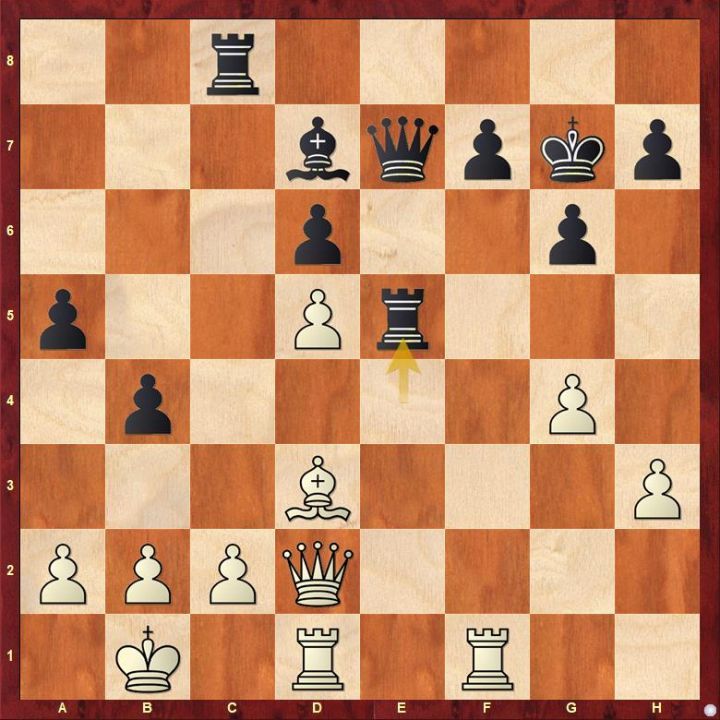 White needed to defend the d5-pawn tactically with 24.Rde1 but the world champion decided to give it away with 24.Qf2. Vachier-Lagrave slowly increased his advantage and liquidated into a completely winning queen endgame.

Nepomniachtchi despite being better for the major part of the endgame, was unable to convert his advantage to a victory against Firouzja. 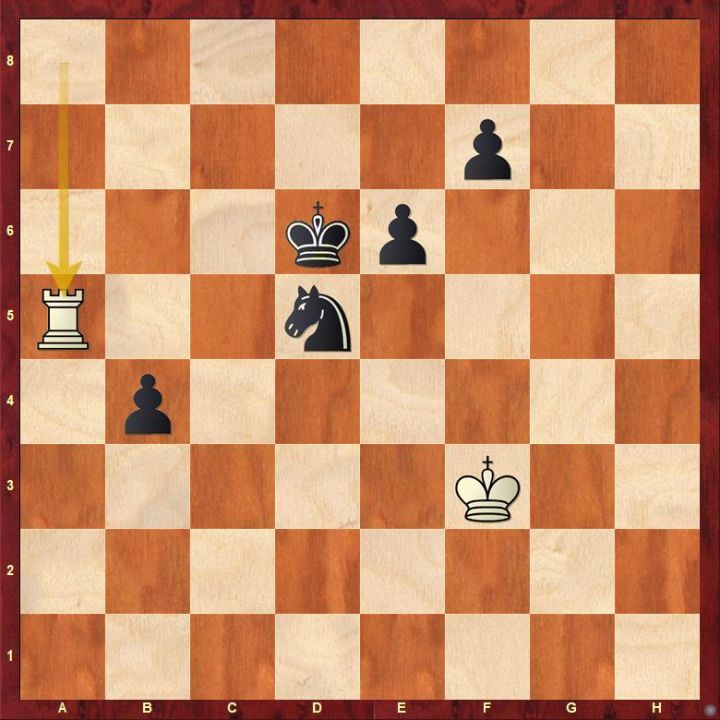 What should be the correct plan for black here? The game went on with 72...f5 which allowed white to salvage a draw.

Round 5: Pichot held Carlsen to a draw

After suffering three consecutive losses and a draw, Mamedyarov scored his first win of the event against Caruana.

Alan Pichot made a solid draw without making any big mistake against the world champion.

Giri had a good opportunity in the final moments of the endgame against Dubov. 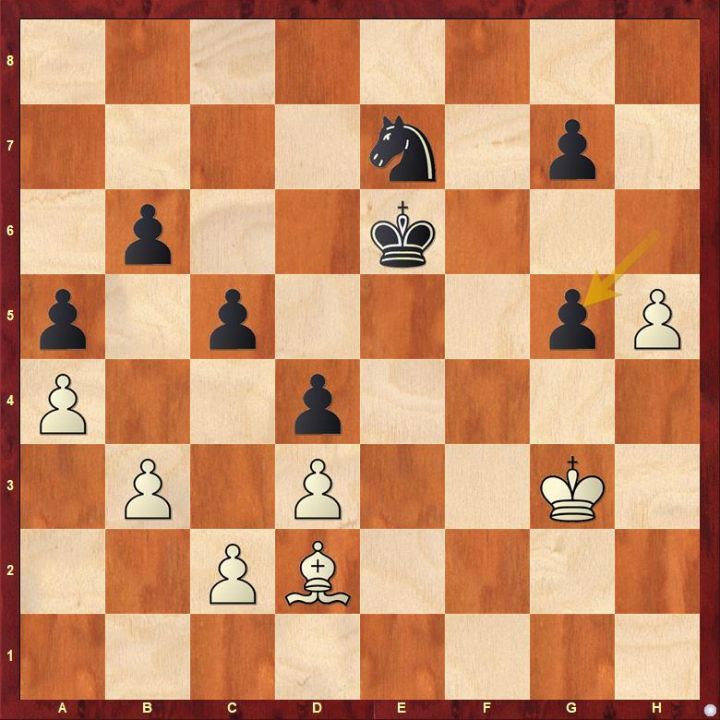 White could have pushed for a win here with 40.Kg4 which would have made it extremely difficult for black to defend. The game continued with 40.Bxg5 and eventually it ended up in a draw in another thirteen moves.

Grischuk suffered his fourth loss of the day, this time against Ding Liren.

Replay all Round 1-5 games from Day 1

Anish Giri is in the sole lead with 4.0/5 | Photo: Champions Chess Tour