CCT Finals R6: Carlsen beats Giri, on the brink of winning the Tour

Magnus Carlsen seems unstoppable as he beat Anish Giri in the sixth round of Meltwater Champions Chess Tour Finals. The world champion exchanged his queen for three minor pieces as early as move no.7 and went on to win the game, showcasing his prowess. He is now at 28.5 points, his nearest rival Wesley So got decimated by Radjabov and he is at 21.5 points. The Azerbaijan no.2 is threatening to take the second place as he moves to 18 points. Artemiev scored his third consecutive match victory. Duda checkmated Aronian in just 18 moves after the latter blundered a mate in one. Only three rounds left. Round 7 will start today at 8:30 p.m. IST. Photo: Champions Chess Tour

Only two matches ended without the need of tie-breaks. Artemiev has now beaten Carlsen, Mamedyarov and Vachier-Lagrave in three consecutive matches, out of them, first two did not even require tie-breaks. 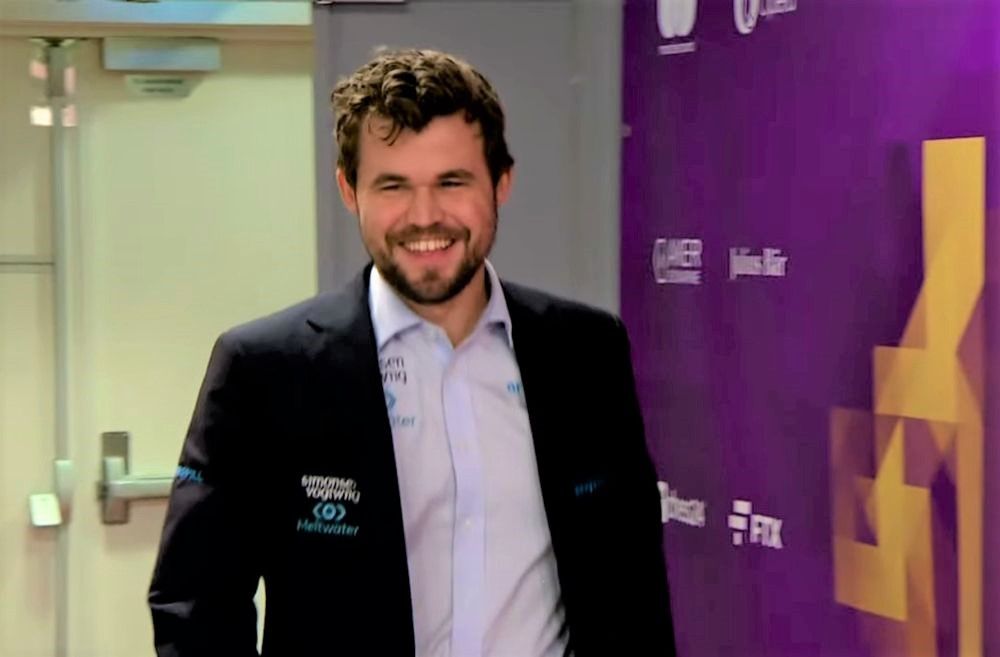 Duda won the first game in just 18 moves after Aronian blundered a checkmate in one.

The second game could have ended differently if Aronian capitalized on Duda's mistake. 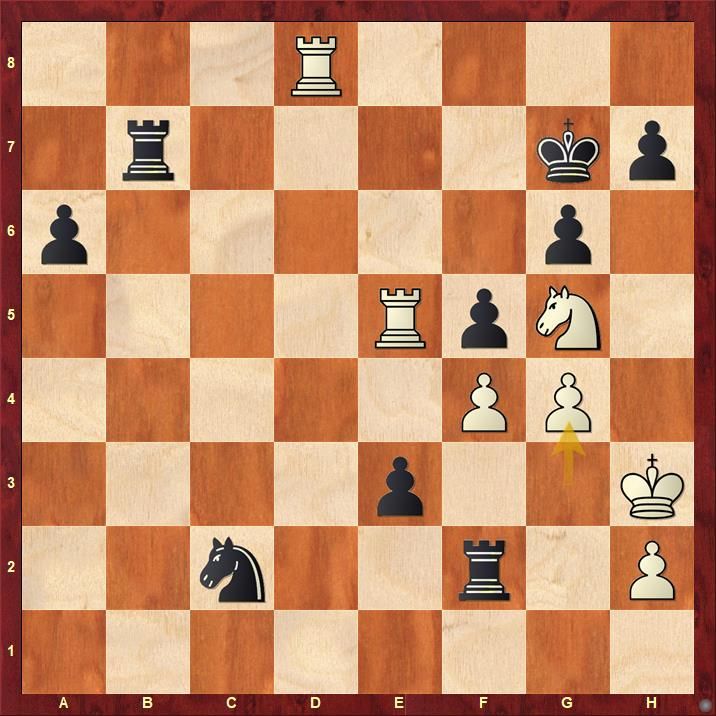 Radjabov started with a win for the third consecutive day. A mistake in the endgame cost So material.

So made another measly error and lost his second game in-a-row against Radjabov.

So prevented Radjabov's hat-trick as he won the third game in a 90-move long battle.

Radjabov made a short work of So in just 25 moves. Thus he won the match 3-1 and scored 3 points.

After making draws in all four Rapid games, Giri lost the first Blitz tie-break. The world champion exchanged his queen for three minor pieces early in the opening. 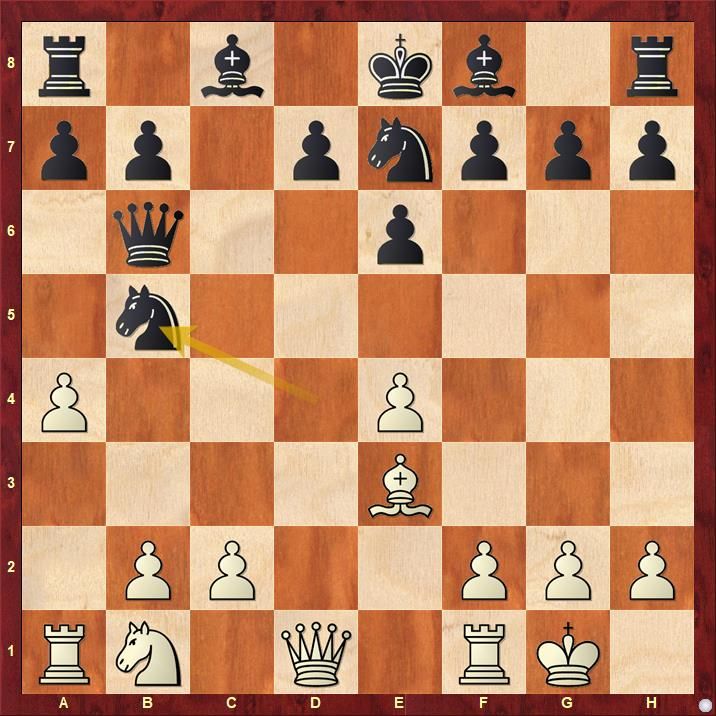 It is almost as if the world champion was toying with his opponent. Giri could not take advantage of having a queen on the board, kept sacrificing pawns and exchanging pieces, eventually went on to lose the game.

Carlsen drew the second Blitz game which he was completely winning. He won the match and scored 2 points, Giri got 1. 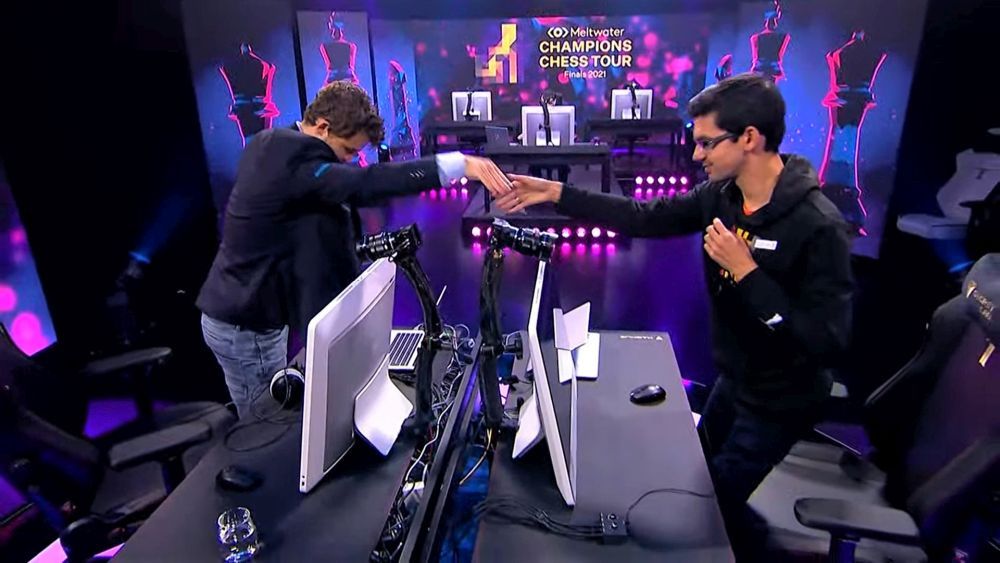 A hanshake after a long time | Photo: Champions Chess Tour

Mamedyarov opted for the Blumenfeld Gambit in the first game, something that is not common at the top level. Despite being better for the majority of the middlegame, Mamedyarov could not make the most out of it and Nakamura eventually managed to equalize and make a draw.

Mamedyarov made a breakthrough in the endgame after Nakamura misjudged White's chances. 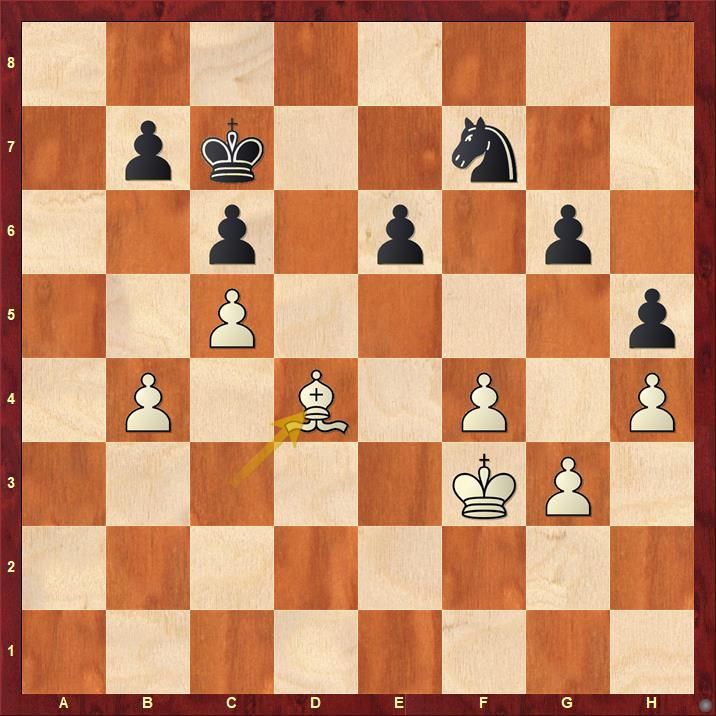 White has a plan to make a breakthrough. Find out what should Black do in the above position to prevent it.

Nakamura immediately struck back in the third game to level the score 1.5-1.5.

Nakamura won the must-win second Blitz tie-break. Thus it was time for Armageddon.

Nakamura from a completely lost position turned things around in his favor to win the Armageddon and the match.

After a draw in the first game, Artemiev struck first in the second game.

The third game ended in a draw. Vachier-Lagrave won the must-win fourth game to enforce tie-breaks. 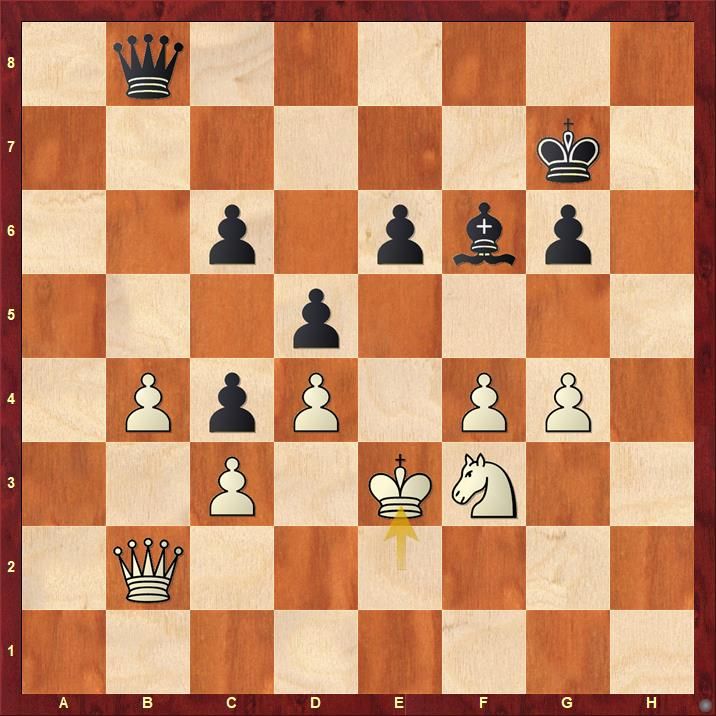 White has a plan to invade with the queen on the kingside 37.g5, Qh2 and Qh6. Find out what should Black do about it. Vachier-Lagrave won the game, tied the score 2-2 and forced tie-breaks.

Artemiev had a tiny window of opportunity in the first Blitz tie-break which he did not seize, the game ended in a draw.

Artemiev outplayed Vachier-Lagrave right out of the opening. However, the Frenchman made a comeback and missed an opportunity to make a draw in the endgame. 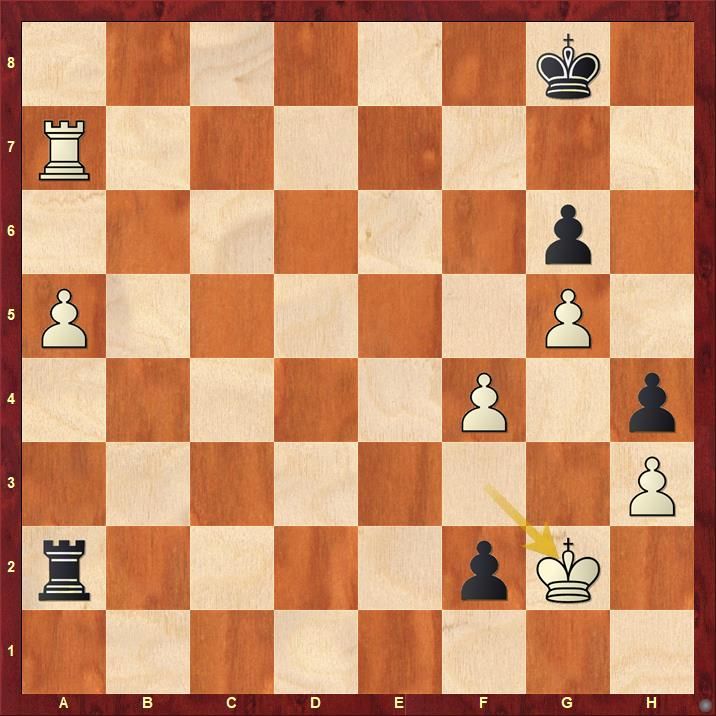 It is still not over for Black. Find out the best continuation. 47...Ra4 was played and it caused things to crumble. 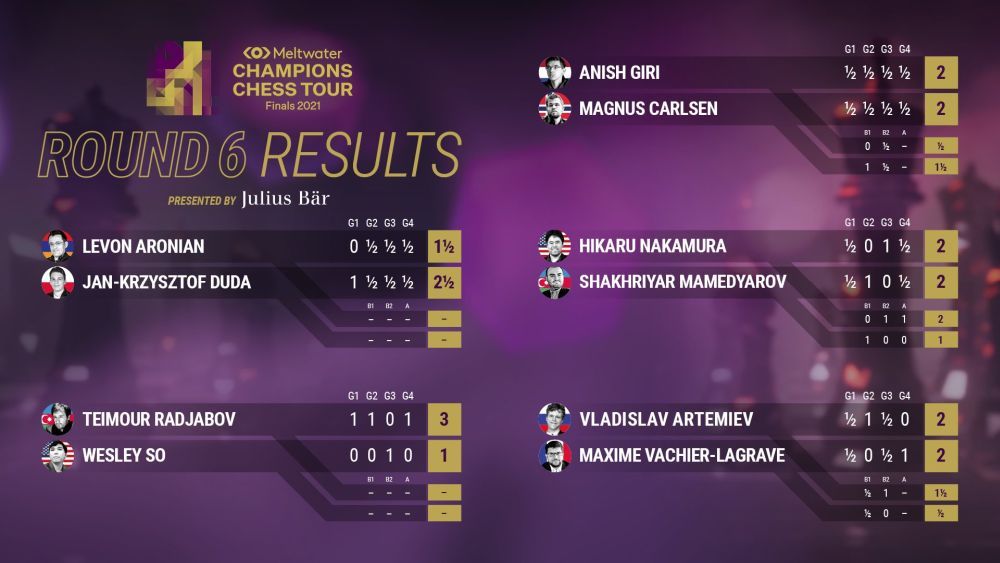 Duda, Radjabov, Carlsen, Nakamura and Artemiev are the winners of the sixth round matches | Photo: Champions Chess Tour 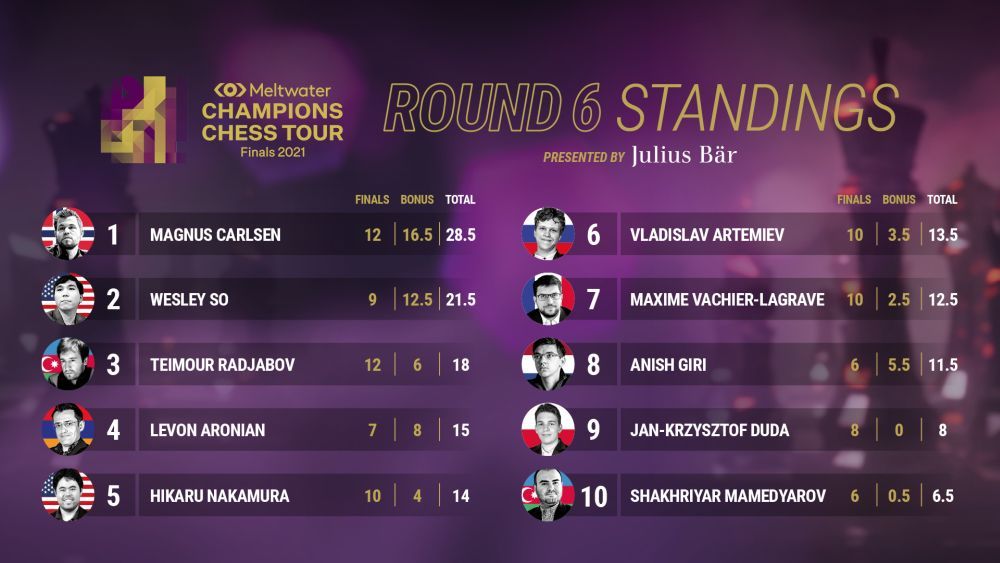