FTX Crypto Cup SF Day 2: Carlsen vs So III in the Finals

In the era of online tournaments since last year, apart from Nakamura, Carlsen's only other nemesis has been Wesley So. He has already beaten Carlsen twice in two different Meltwater Champions Chess Tour finals - Skilling Open and Opera Euro Rapid. So is undefeated for 29 games he played in this event whereas Carlsen has lost six games in total against - Vachier-Lagrave, Aronian, Nakamura and Radjabov. Can So beat Carlsen for the third time in a Meltwater Champions Chess Tour event Finals or will Carlsen break another jinx and win his second tournament in-a-row after winning New in Chess Classic last month? Finals start tonight from 8:30 p.m. IST. Photo: Lennart Ootes/Altibox Norway Chess

So remains unbeaten for 29 games in the event so far

Wesley So won the second set 2-1 against Nepomniachtchi and increased his unbeaten streak at the tournament by 29 games. So has been completely dominant in the knockout stage where he never looked to be in danger of losing a single set. Meanwhile, Carlsen beat Radjabov convincingly in the second by 3-1 to setup a clash between two world champions in the finals. 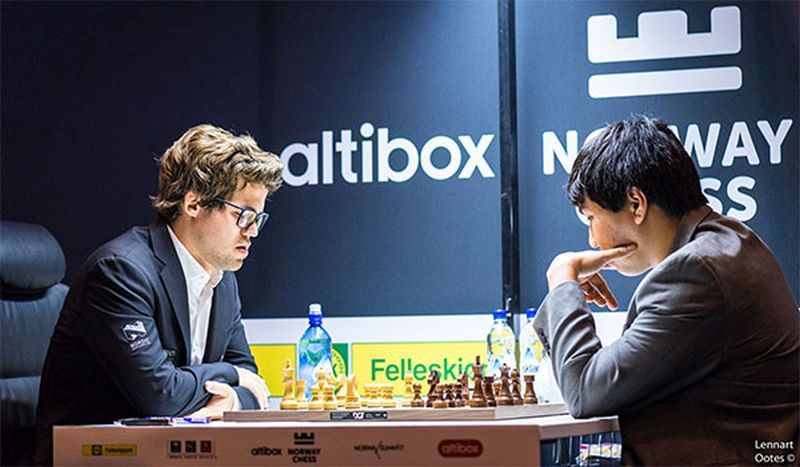 It will be Carlsen vs So for the third time in the Finals of Meltwater Champions Chess Tour | Photo: Lennart Ootes/Altibox Norway Chess

The first game was very intense. There was a moment where Nepomniachtchi could have made some serious damage. 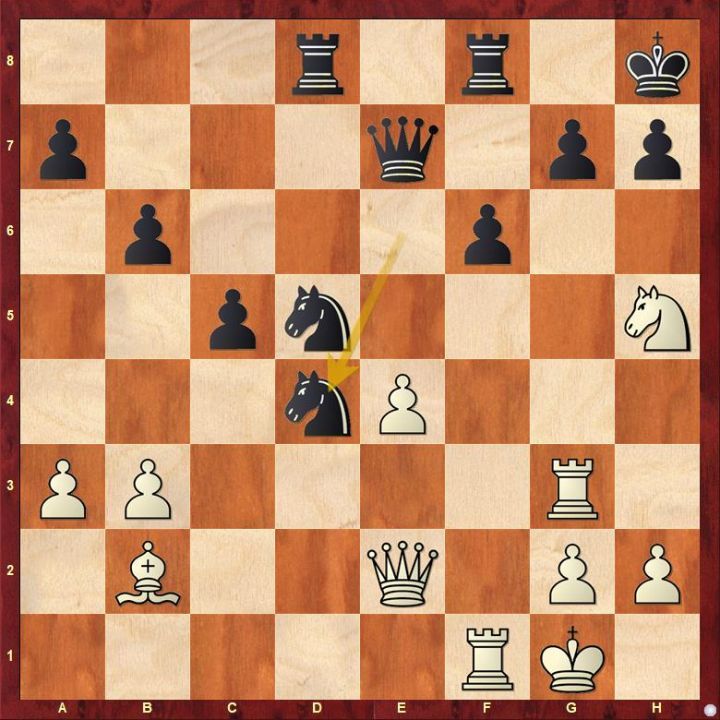 The game went on with 26.Bxd4 in the above diagram. However white could have done something with 26.Qd3 because now both g7 and d5 are under attack. If black goes 26...g6 then 27.exd5 gxh5 28.Bxd4 cxd4 29.Qxd4 gives white better chances than what happened in the game. After a crazy sequence of moves as Leko described the position, the game eventually ended up in a draw when both players were forced to give in to perpetual check.

So made a 25-move common draw in the second game against Nepomniachtchi arising out of Exchange Grunfeld, something he had done it before against Giri in the Prelims. Nepomniachtchi went for some small tactics in the third game but it actually backfired him. 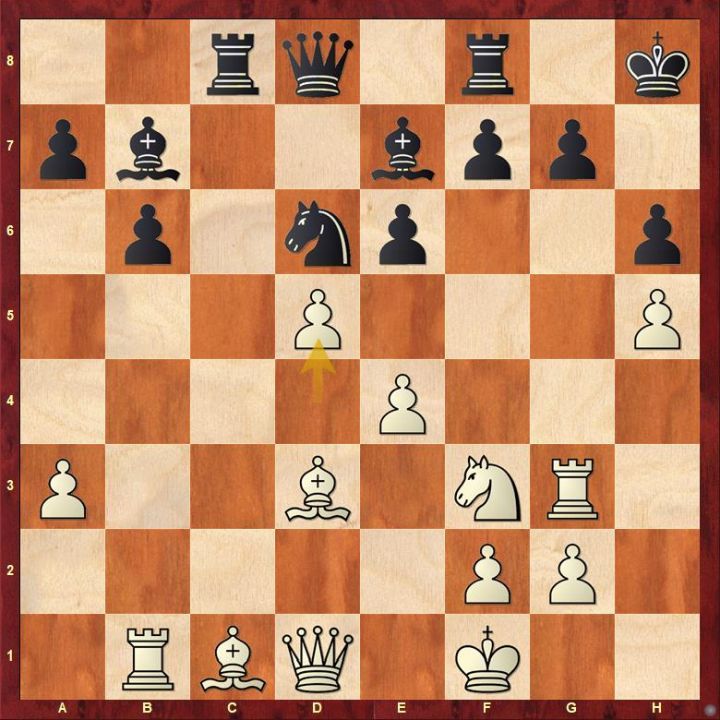 19.Qe2 would have been fine for white but 19.d5 does not serve the purpose white hoped for because 19...exd5 20.Bb2 and now black can play 20...dxe4 which is exactly what happened in the game 21.Bxg7+ Kh7 22.Bxf8 Bxf8 and now black is in firm control as white cannot save both bishop at d3 and the knight at f3. Nepomniachtchi eventually lost the game, thus So won the second set by 2-1 and advanced to the Finals. 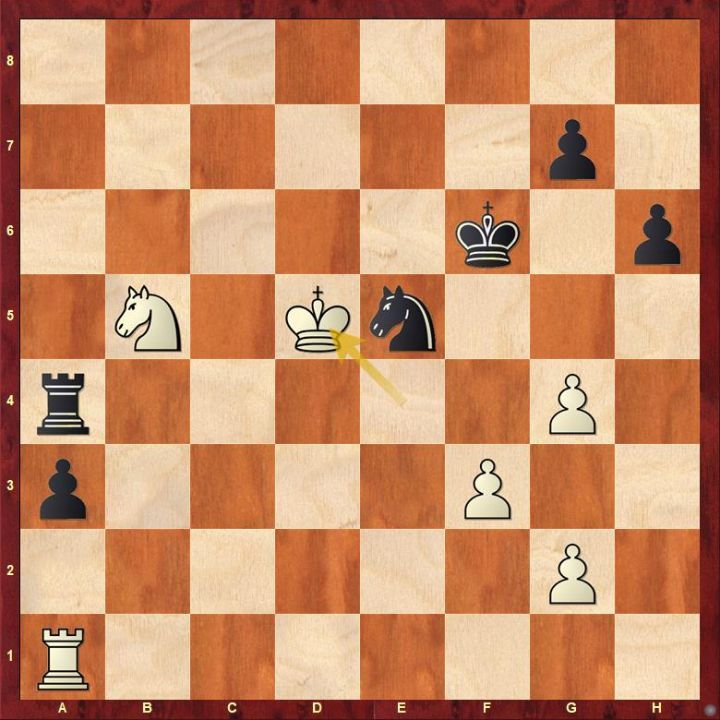 40.Kd5 turned out to be a huge mistake, instead white needed to play 40.Ke3 to keep things in equilibrium. Find out the winning continuation for black.

The second game between Carlsen and Radjabov was a typical Berlin draw. In the third game, Radjabov had an extra passed pawn but practically it wasn't easy to convert especially against someone like endgame maestro - Carlsen. 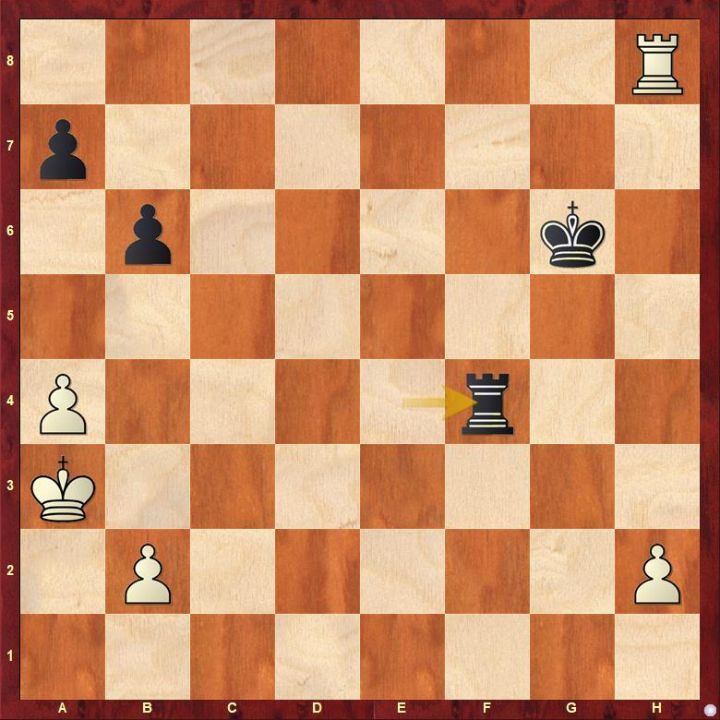 Only a computer maybe able to win a position if there is a possibility but for human beings draw is the natural result. Thus Carlsen maintained his lead 2-1 in the second set.

Radjabov was in a must-win situation once again to force tie-breaks and keep his Final hopes alive which led him to play in a passive manner. 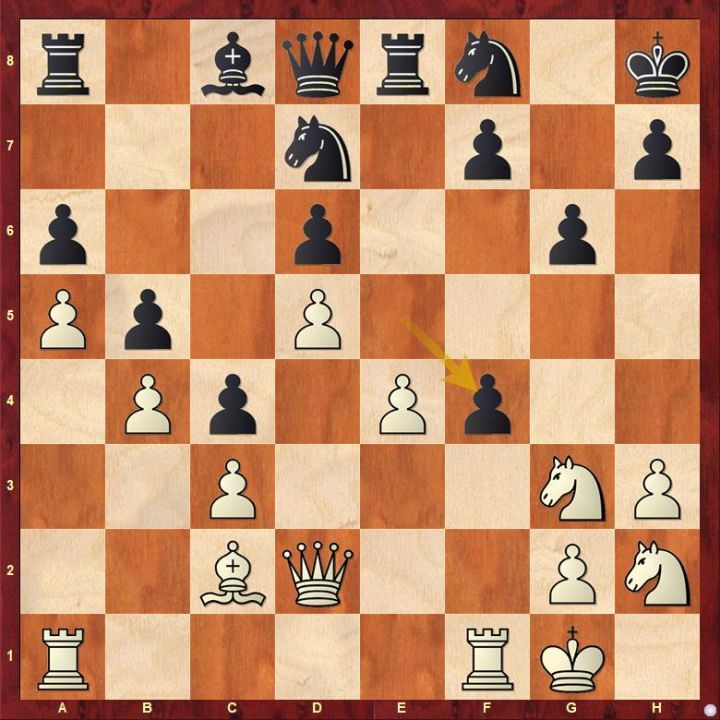 It is true that the position is incredibly difficult to play for black, however 25...exf4 certainly did not help black's case. 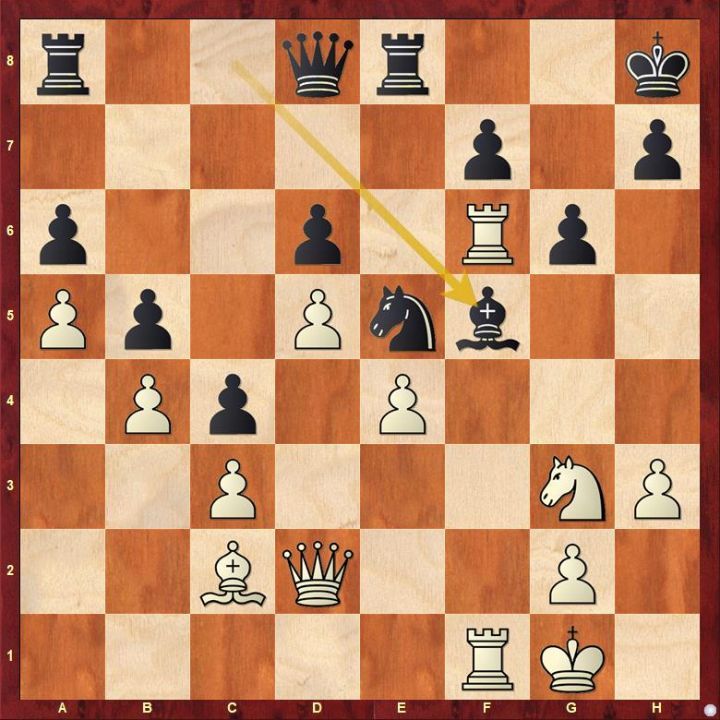 30...Bf5 did not help black to gain an exchange, it only spelled doom for black's king faster. Carlsen won the game in a few moves, thus winning the second set 3-1 to setup a clash with So in the Finals for the third time in Meltwater Champions Chess Tour.

Replay all Semi-Final games from Day 2 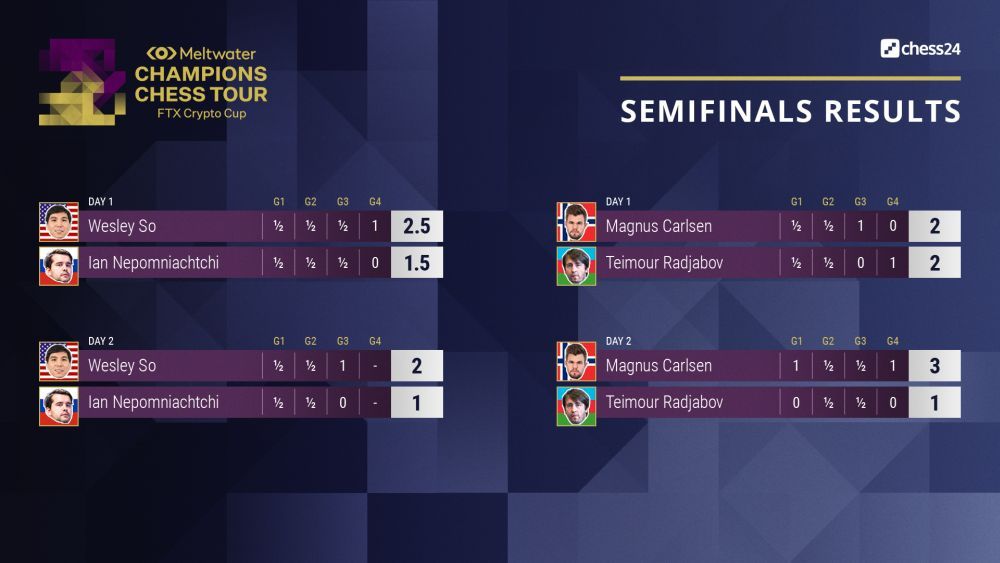 So is still undefeated in the entire event | Photo: Champions Chess Tour

Once again So took only three games to win the second set | Photo: Champions Chess Tour