Magnus Carlsen won the Meltwater Champions Chess Tour Finals and the entire Tour despite losing the seventh round match against Radjabov. The FIDE World Cup 2019 winner showed the world his true strength when he faced the world champion as he won the match without losing a single game. Radjabov is now aiming for second place finish as So lost his second consecutive match. Duda ended Artemiev's great momentum. Mamedyarov and Aronian won their respective matches against Giri and So in minimum number of games. Speed King Nakamura won his fifth tie-break and second Armageddon of the event. Round 8 will start today at 8:30 p.m. IST. Photo: Champions Chess Tour

Two questions were answered in the seventh round - Who will stop Artemiev's momentum and Can anyone tie the score with the world champion? Jan-Krzysztof Duda stopped Artemiev's fantastic momentum and Carlsen won the Finals and the entire Tour, despite losing the match to Radjabov. 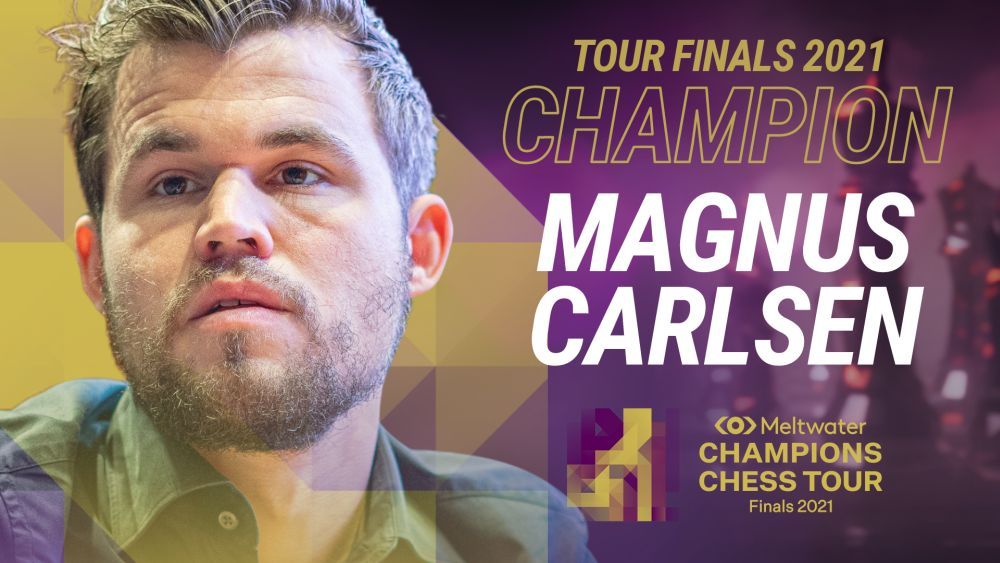 The first two games ended in draws. Duda made an amazing king walk which would make even Short proud of him. 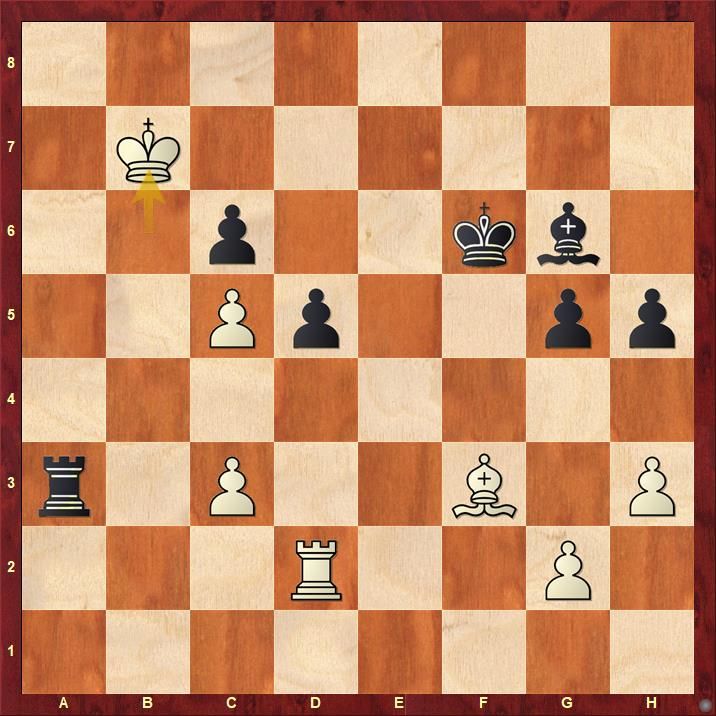 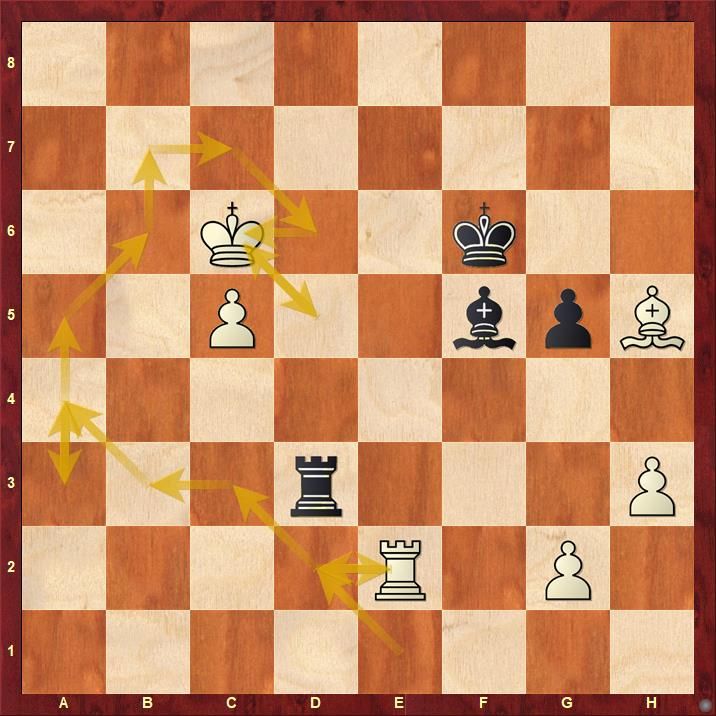 The heat signature of the White king after 51.Kc6

White king made 16 out of 51 moves which is 31%. The king's journey proved to be crucial for White's victory.

Duda repeated moves in the fourth game despite having a substantial advantage as it was enough for him to win the match 2.5-1.5 and score 3 points.

Vachier-Lagrave won the first game. Although he could have probably finished things much earlier. 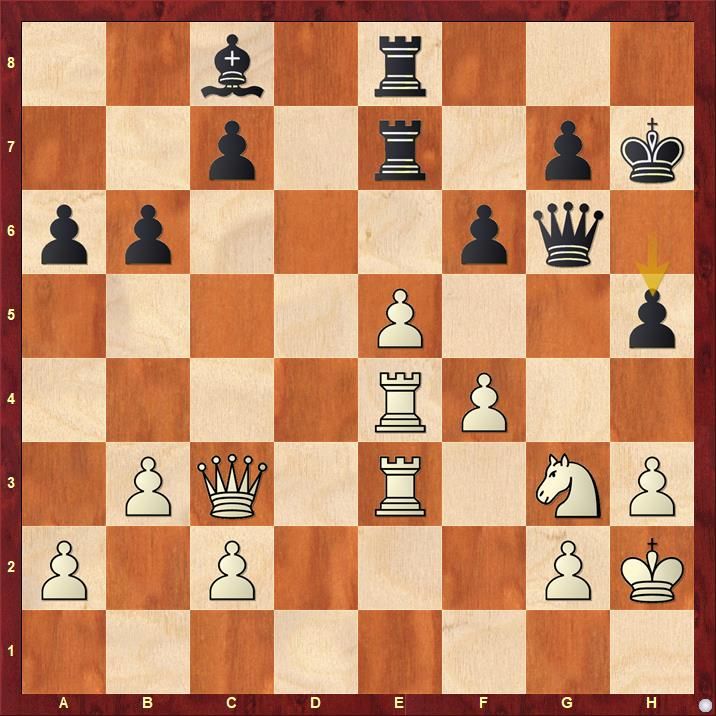 Vachier-Lagrave missed a win in the second game and eventually had to repeat moves. 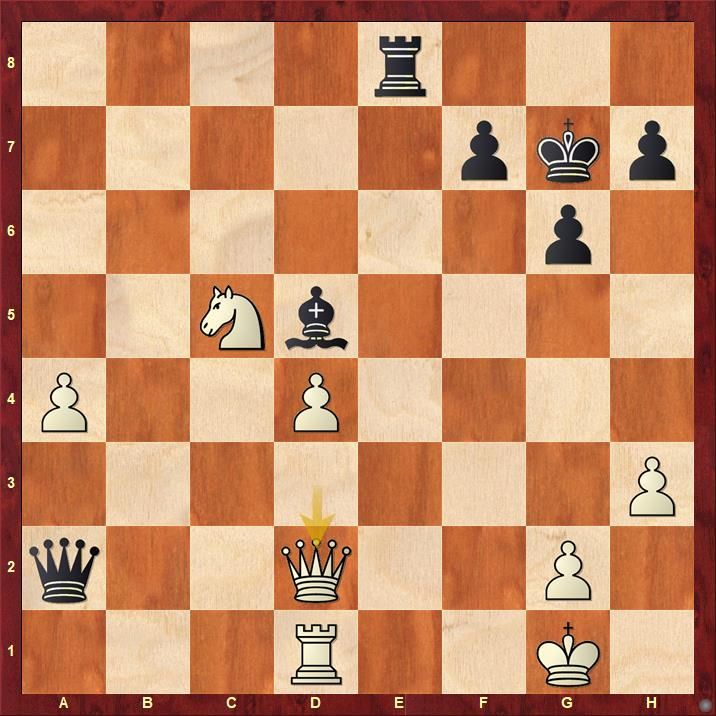 Find the winning continuation for Black.

Nakamura won the must-win fourth game to force tie-breaks as he made a nice positional squeeze on the queenside. Although at some point, Vachier-Lagrave generated a very good counterplay on the kingside. It was definitely one of the most exciting game of the day.

Nakamura delivered the equalizer in the second Blitz tie-break to enforce Armageddon.

Vachier-Lagrave blundered a piece in the final moments of the endgame which cost him the game and the match. Nakamura scored 2 points and MVL got 1 point.

Mamedyarov won the first game by showcasing a very good technique in a rook-knight vs. rook-bishop endgame.

Giri managed to make a draw in the second after averting initial difficulties. Mamedyarov made a tiny mistake which gave an opportunity to Giri to bounce back. 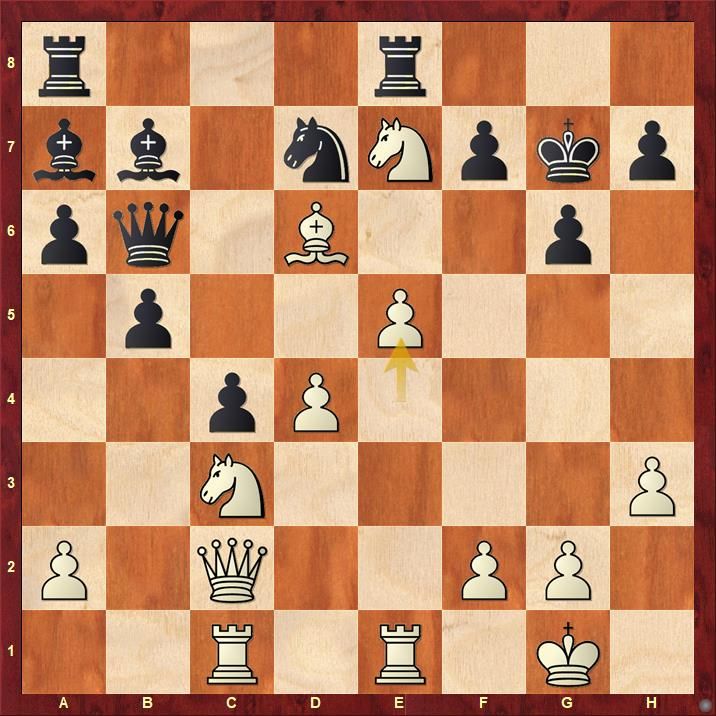 Carlsen had decisive advantage on more than one occasion. The endgame seemed to be completely winning for him but Radjabov fought back brilliantly to save the game. 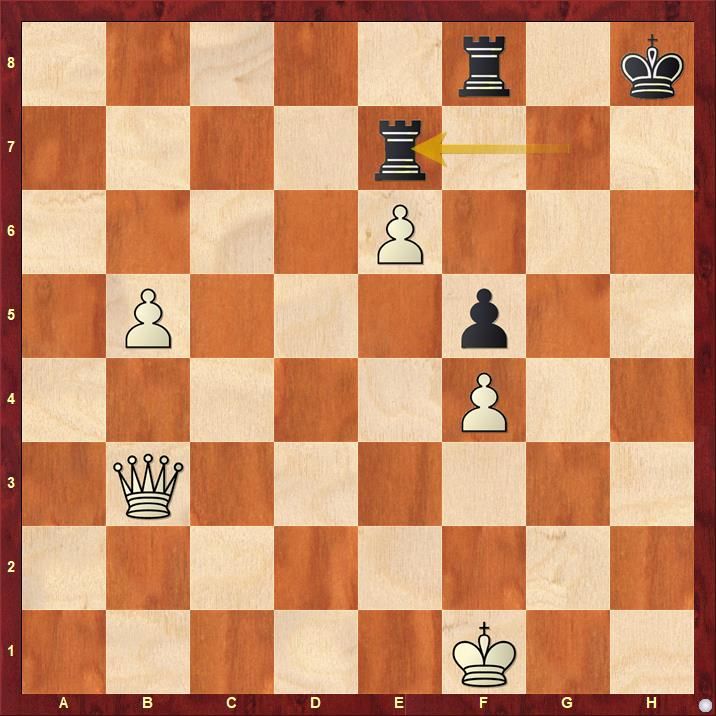 The second game was a relatively calm draw. Carlsen's queen sacrifice in the third game did not turn out to be a good idea as Radjabov seized his opportunity and scored a very nice technical win.

Radjabov won the third game comfortably to beat Carlsen 1-3 and win the match. This was Carlsen's second match loss of the event after losing against Artemiev in the fourth round. Radjabov scored 3 points and he is now at the third place, just a half point behind So.

So's poor form continued for the second consecutive day as he started the day with a loss with some simple tactical oversight.

So lost the second game which had an anti-climactic finish. 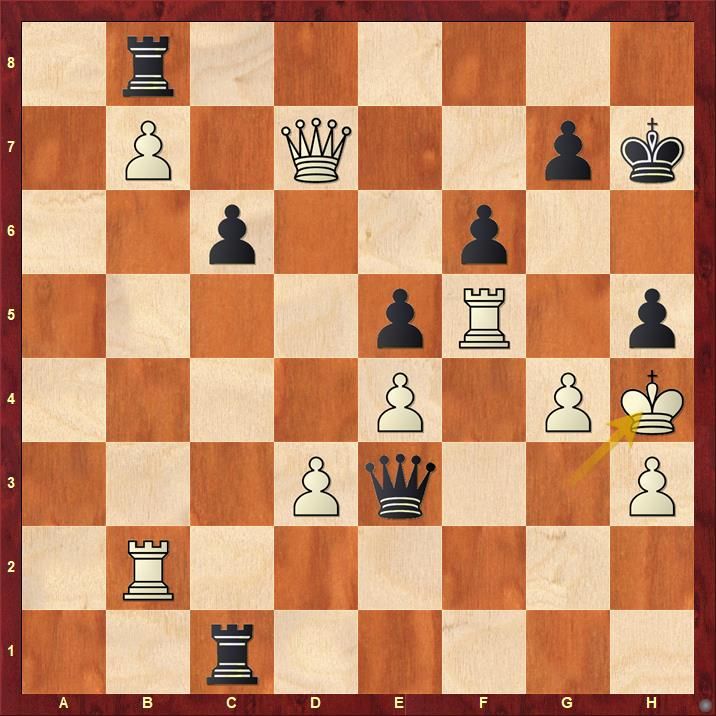 36...Qe1+ was played and White saved the position 37.Rbf2 and won the game in another ten moves. What should have Black done to save the game?

Aronian was completely winning the third game too but he decided to repeat moves as a draw was enough for him to win the match. So suffered his second consecutive match loss of the event, Aronian scored 3 points. 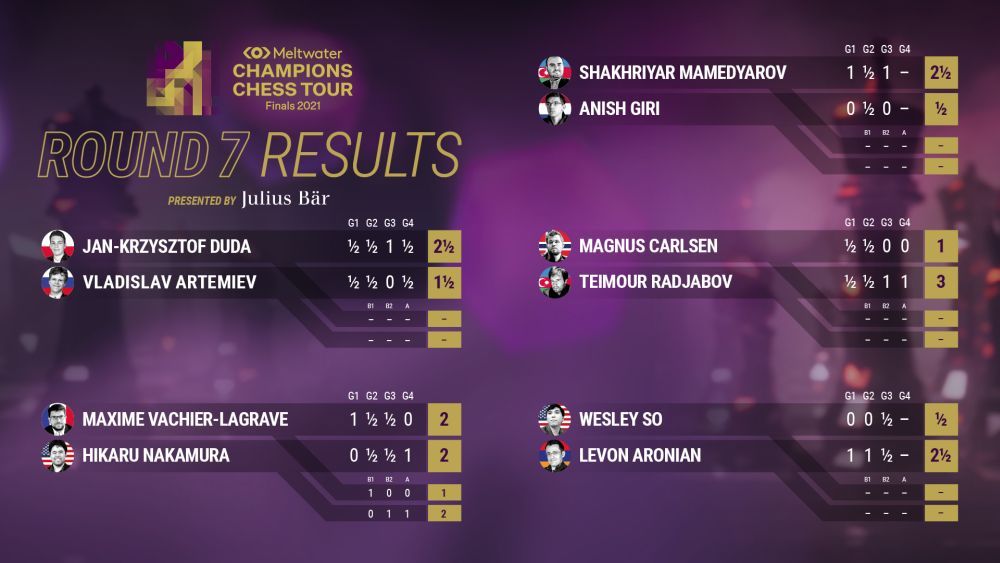 Duda, Nakamura, Mamedyarov, Radjabov and Aronian are the winners of the seventh round matches | Photo: Champions Chess Tour 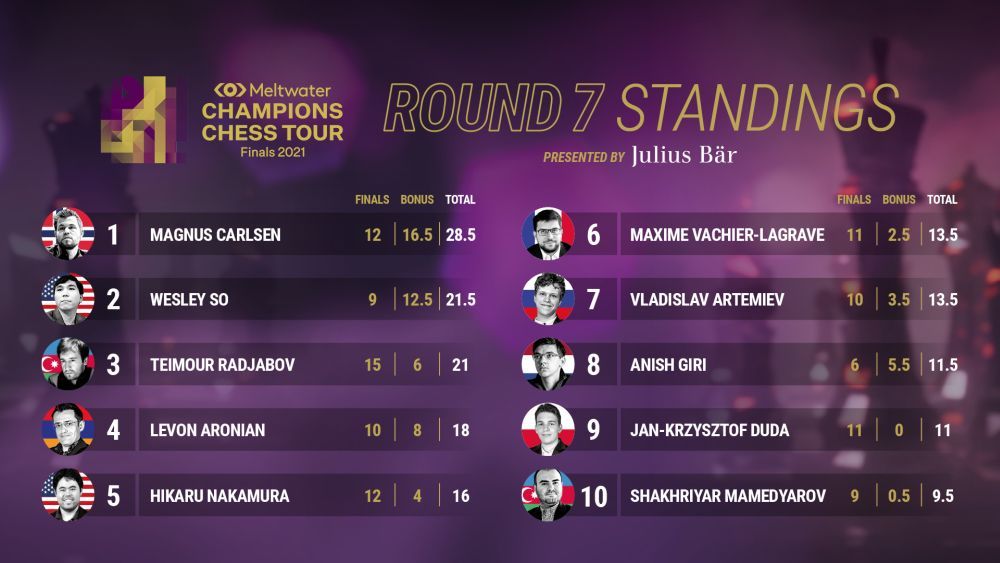