Meltwater Champions Chess Tour New in Chess Classic Day 2 witnessed the World Champion Carlsen climb to the top of the table. Currently he solely leads the Prelims with 7.0/10. Firouzja and Nakamura share the second spot with 6.5/10 each respectively. Both Vidit and Praggnanandhaa had a difficult day as Vidit missed two winning opportunities and Pragg lost three games. Vidit and Pragg must finish in top eight of the Prelims stage to advance to the Quarter-Finals. A win against Radjabov is the highlight of the day for Pragg. Catch Day 3 action tonight on ChessBase India youtube channel from 10:30 p.m. IST. with live commentary by IM Sagar Shah and Amruta Mokal. Photo: Champions Chess Tour

A tough day for Vidit and Praggnanandhaa

Carlsen scored 3.5/5 on Day 2 to take the sole lead with 7.0/10 in New in Chess Classic. Both Vidit and Praggnanandhaa had a difficult day as Vidit missed two winning chances and scored only one draw out of them. Pragg suffered three losses but he scored a fine victory over Radjabov in Round 9 when the latter blundered in the final moments of the game. 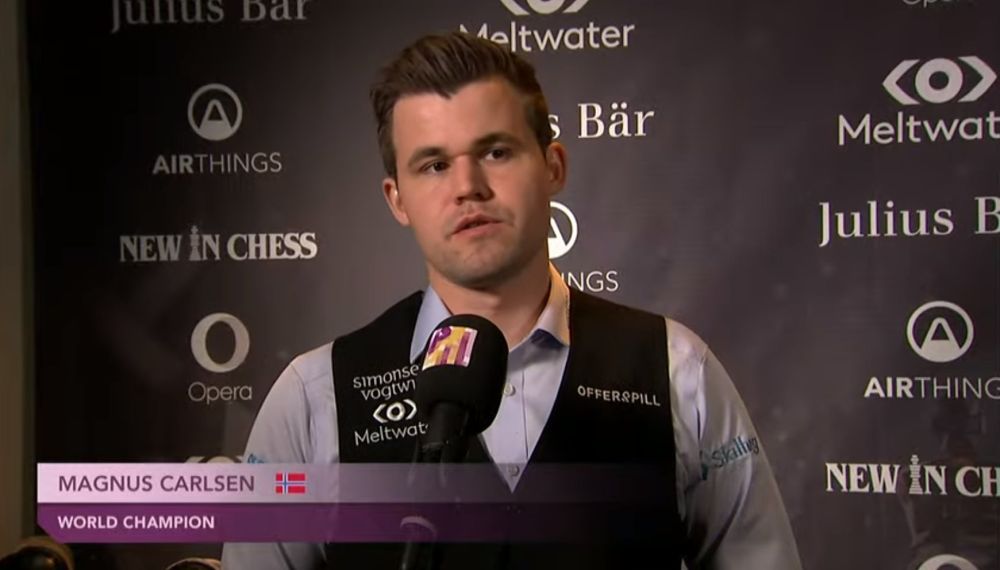 Round 6: Vidit drew with Firouzja 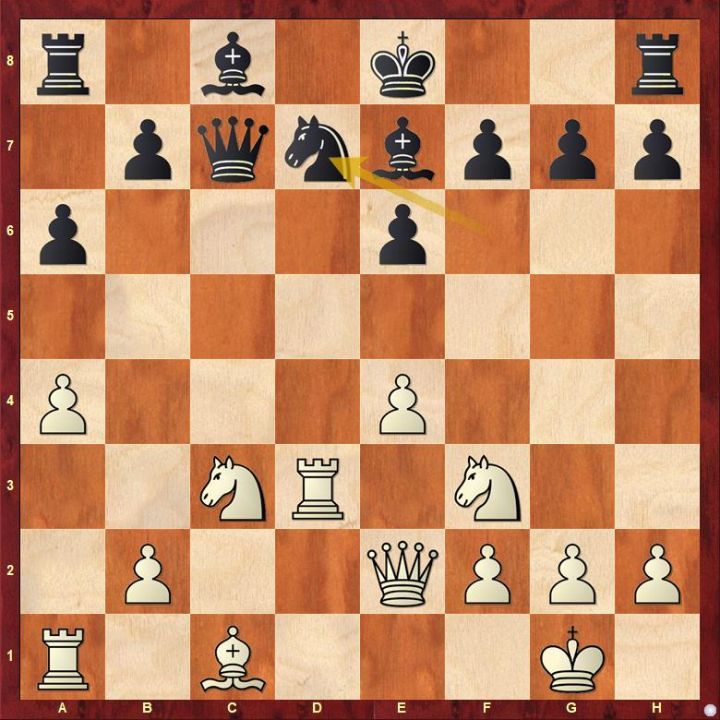 Black should have played 14...0-0 instead because Nd7 blindsides the c8-bishop and leaves the kingside vulnerable for the king to castle short. Black lost a lot of tempi as the queen got attacked repeatedly like a pinball and lost the game in another 16 moves.

Vidit had a well fought draw with Firouzja.

Vidit showed a great technique of how to convert a minute advantage into a decisive one against Duda. First he grabbed one pawn, then another and Duda lost one pawn too many. 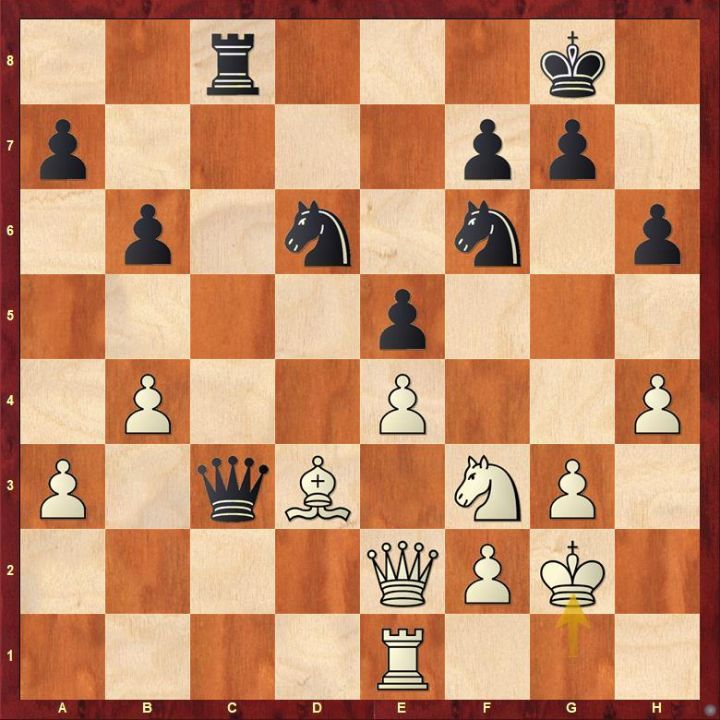 White needed to play 31.Rb1 because a3 is tactically defended as white will take on e5 if black takes the a3-pawn. White played Rb1 in the next move but black also defended his e5-pawn with 31...Re8.

Praggnanandhaa lost his second consecutive of the game, this time against Leinier Dominguez-Perez. In the final moments of the game, he had a tiny window of opportunity to stir up trouble. 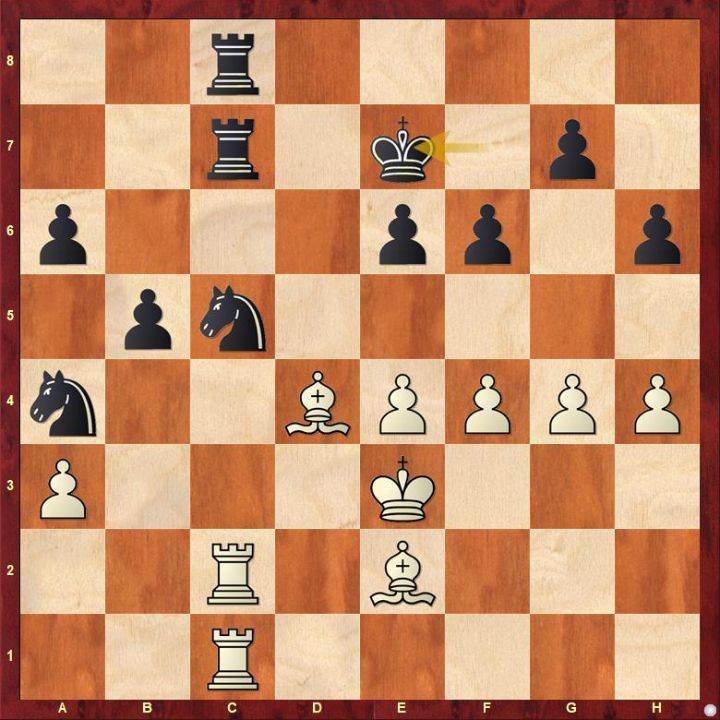 The game continued with 33.h5, followed by 34.g5. However white needed to play 33.g5. With few seconds left on the clock, it becomes quite difficult to strike at the right time.

Round 8: Pragg holds Vidit to a draw

Praggnanandhaa made a solid draw against Vidit. However in the final part of the endgame, Vidit had a good opportunity to go for the full point. 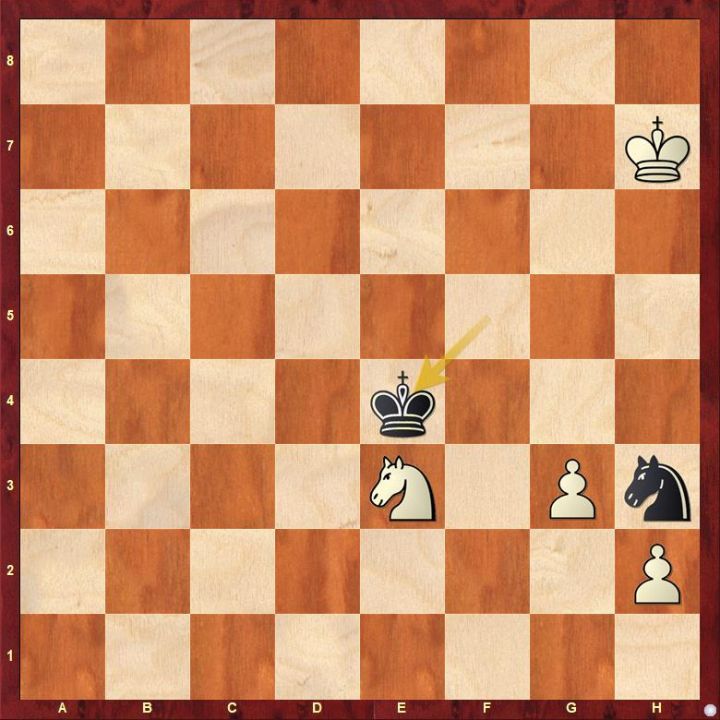 Praggnanandhaa's highlight of the day is definitely winning against previous day leader Teimour Radjabov. The World Cup 2019 winner Radjabov blundered in the final moments of the game. 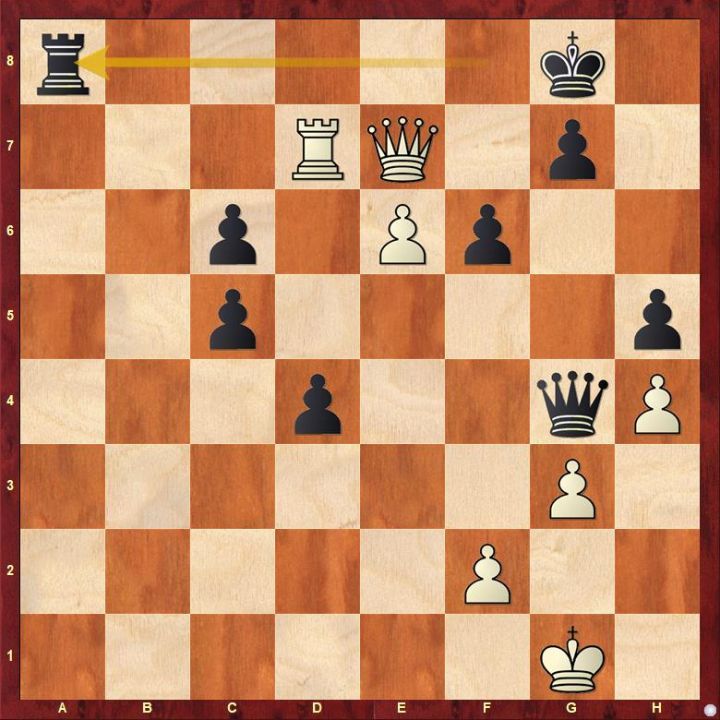 30...Ra8 is a huge mistake. Find out why and also what black should have played instead.

Vidit got into a passive position against So. The poorly coordinated pieces did not help his case. 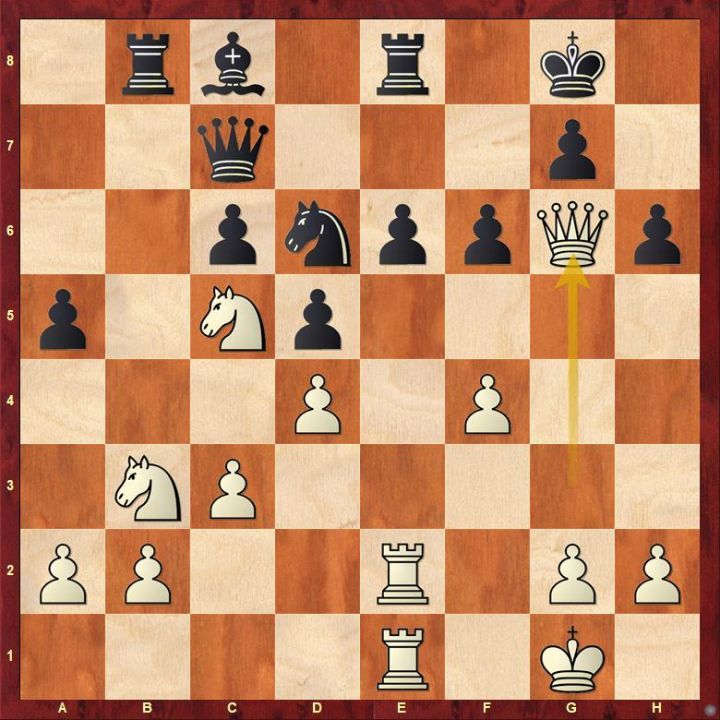 It is incredibly difficult to save the game after 26.Qg6 as white is in complete command of the position.

Round 10: Vidit and Pragg both miss a win

Vidit had a good chance against Mamedyarov. 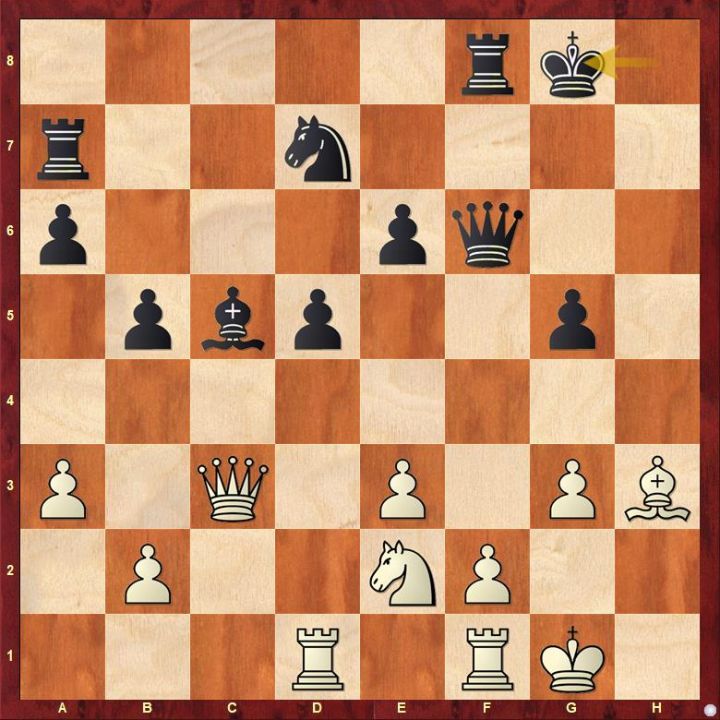 White needed to play 22.Nd4 to maintain the advantage and force the exchange but exchanging queens here with 22.Qxf6 only helped black.

Praggnanandhaa got a great opportunity against Tari to score a win. 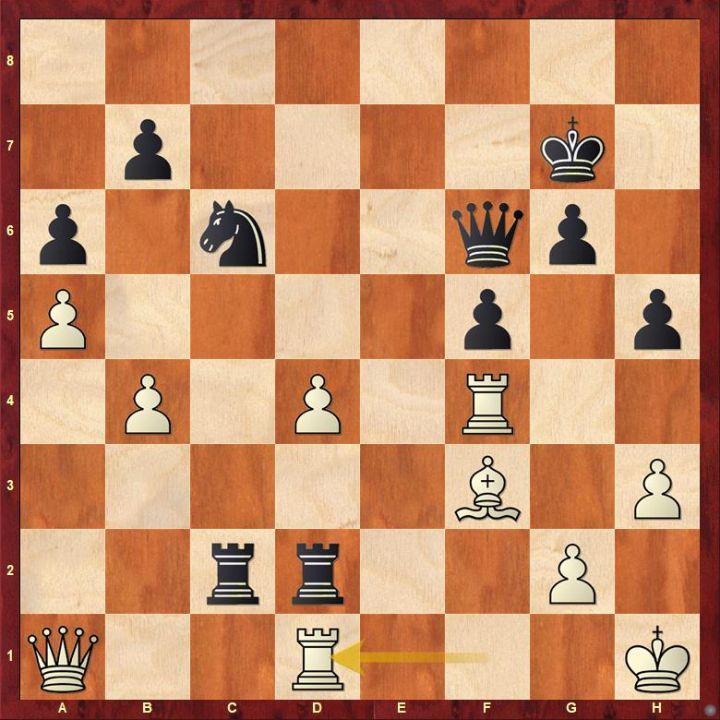 Find the winning continuation for black after 42.Rd1. The game went on with 42...Rxd1 and after another mistake, white managed to get decisive advantage.