Arjun Erigaisi has been absolutely phenomenal in his debut at the Meltwater Champions Chess Tour Goldmoney Asian Rapid. He remained undefeated on the final day of the Prelims. He became the first Indian to advance to the Quarter-Finals and also in his first attempt. The 17-year-old from Telangana will face two-time World Cup winner Aronian who topped the Prelims with an unbeaten 10.5/17. Another debutant who played fantastic is Gukesh. He drew with Svidler, Carlsen and Giri and beat Salem on the final day of the Prelims. Arjun and Gukesh showed when opportunity is presented they are ready to seize them. Quarter-Finals start today from 4:30 p.m. IST. Photo: Champions Chess Tour

Arjun becomes the first Indian to advance to the KO stage

The toughest day of the Prelims stage for Arjun Erigaisi was on the final day as he was up against two world champions - Carlsen and So, UAE no.1 - Salem, eight-time Russian champion - Peter Svidler and Dutch no.1, World no.6 - Anish Giri. He was absolutely solid and managed to draw against all of them. He will face Aronian at the Quarter-Finals. The Armenian topped the group stage with an unbeaten 10.5/15.

Round 11: Adhiban holds Carlsen to a draw

Hou Yifan lost to Vidit. Arjun, Gukesh and Adhiban drew with So, Svidler and Carlsen respectively.

Firouzja had a good opportunity against Aronian but he completely missed it. 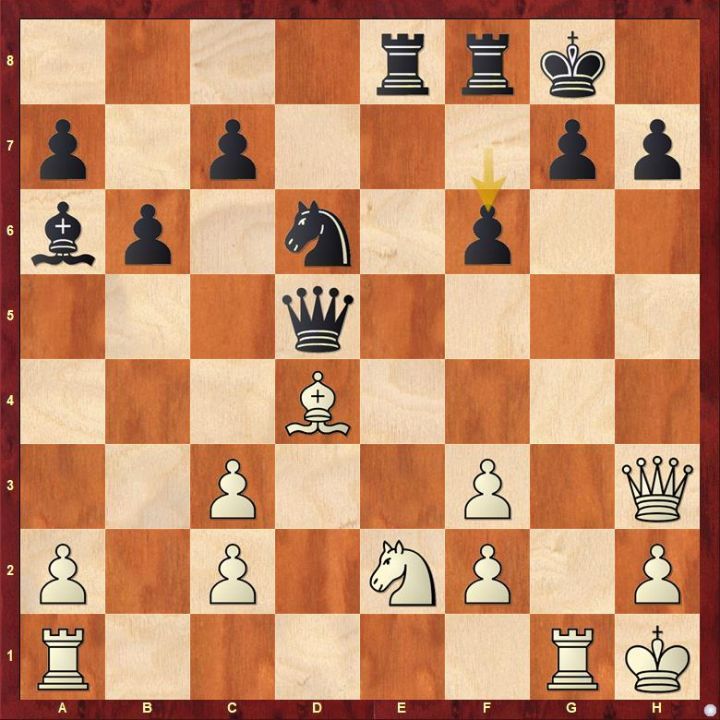 Find out the winning combination for White in the above diagram. The text 23.Nf4 allowed Black to save the game 23...Qf5.

Vidit started the day with a fine victory over Hou Yifan. White has an opportunity to save the game in the above position. How?

Arjun made a quick 11-move draw with So. That's another first for him.

Gukesh made a solid draw with Svidler. Although in the middlegame he could have pushed a bit more. 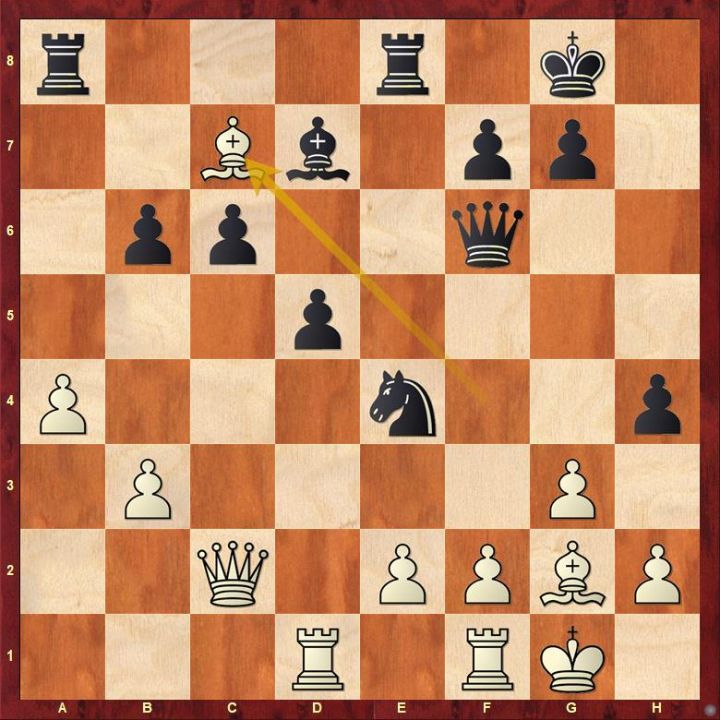 Adhiban's redemption on the final day began with a draw against the world champion Carlsen. 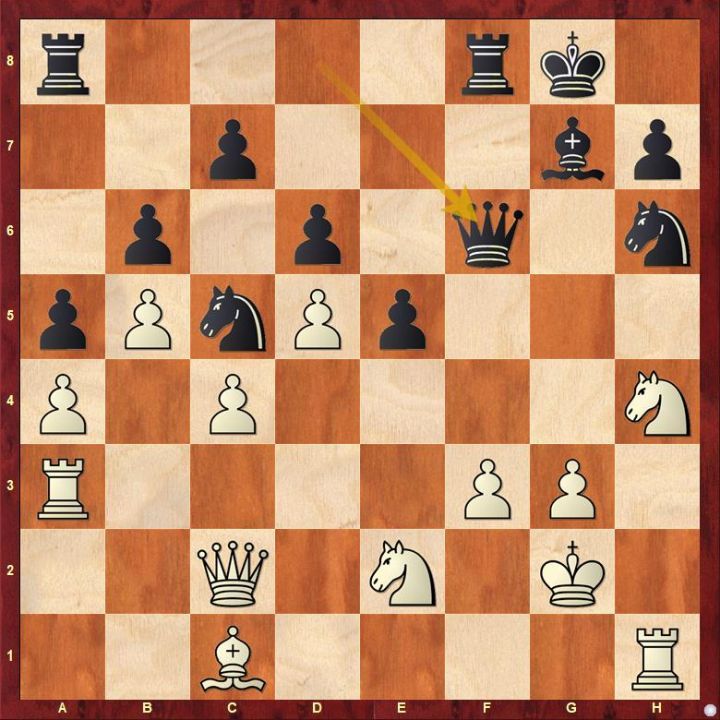 If White had played 27.g4 in the above position, things could have become quite unpleasant for Black. 27...Nf7 28.Ng3 with the idea of both knights jumping on f5 and h5.

Adhiban scores a fantastic victory by unleashing his 'Beast mode' against the birthday boy Giri. Gukesh wins against Salem, Arjun and Vidit make a draw against Svidler and So.

Aronian scored a victory against Dubov with a beautiful finish. 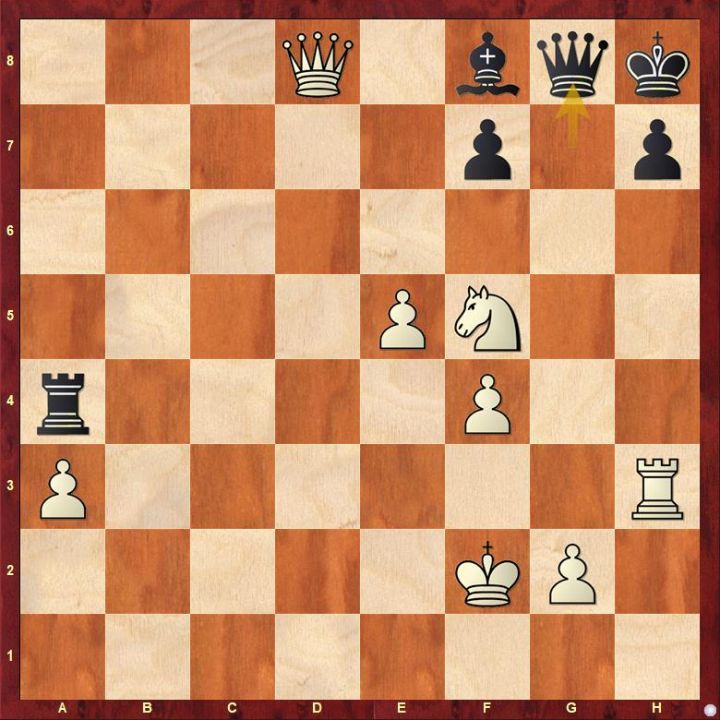 Find out the winning combination for White.

Artemiev played the endgame correctly and won against Duda. 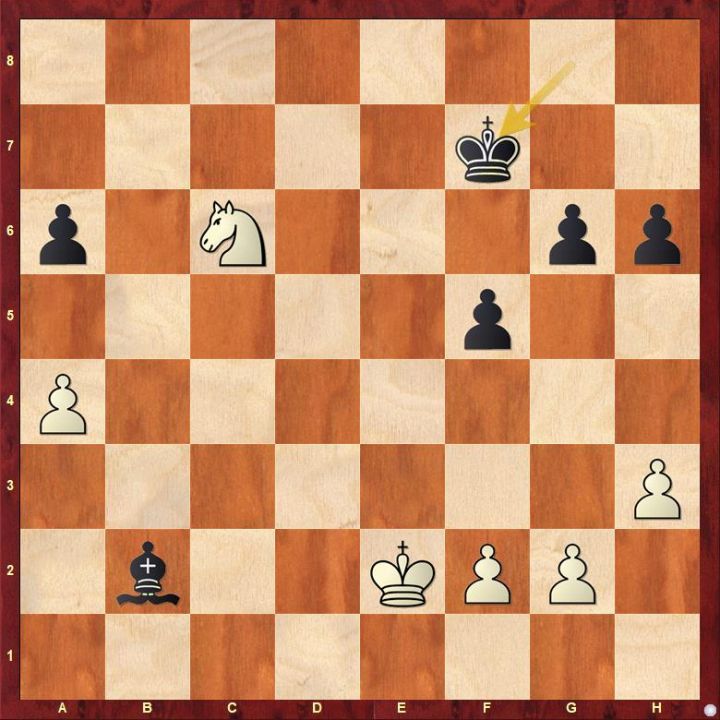 Find out why 33...Kf7 is a huge mistake and what Black should have played instead to save the game.

Adhiban scored an incredible victory by playing true to his style. 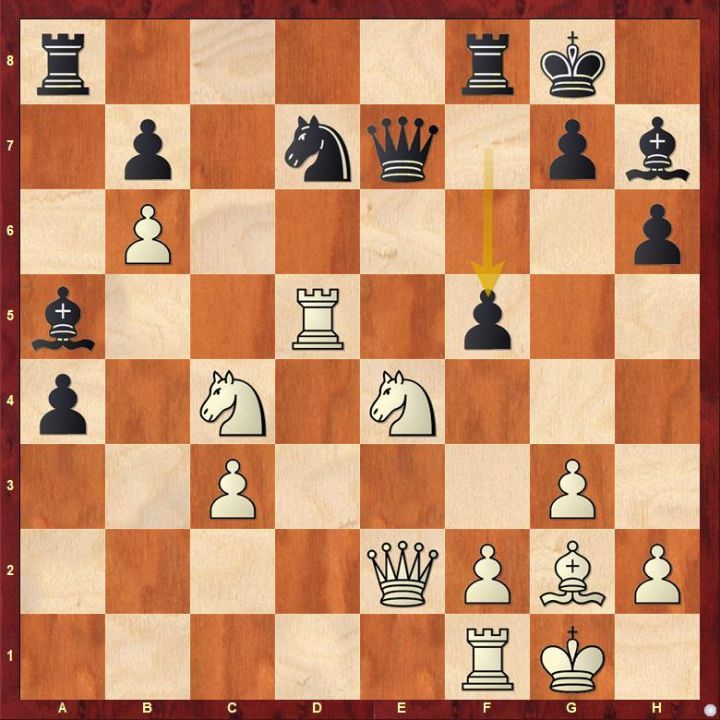 There are two ways to approach here for White, both are correct. Find out what they are. Adhiban continued 29.Rc1 and won the game in another five moves. However, there is another way for White to win. What is it?

The journey of a tweet - Adhiban beats Giri for the firs time | Video: ChessBase India

After making a questionable knight sacrifice, Salem had a mouse slip and lost his queen. He immediately resigned the game.

Arjun Erigaisi made a solid draw with Svidler.

Vidit had a quiet draw with So.

Round 13: Gukesh held Carlsen to a draw

Vidit and Adhiban defeated Svidler and Duda, Arjun and Gukesh drew with Salem and Carlsen respectively.

Vidit got into trouble early in the opening as his king was left stranded in the middle of the board. 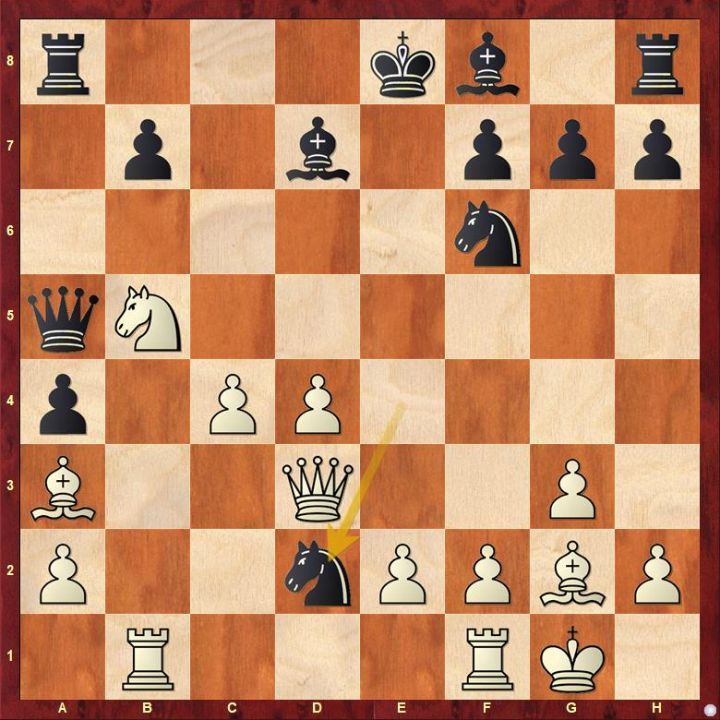 The 17...Nd2 fork is obviously not as dangerous as the attack which the black king has to withstand. 18.Qe3+ Be6 19.Bxb7 Nxc4 20.Bc6+ and it is safe to say that it's almost over for Black. 21.Qf3 was not the best continuation, instead 21.Qd3 Nxa3 22.d5 maintains the upper hand for White. Vidit fought back and eventually won the game.

Arjun Erigaisi made a solid draw with Salem.

Gukesh did not get rattled while playing against Carlsen. It is evident from the way he played. 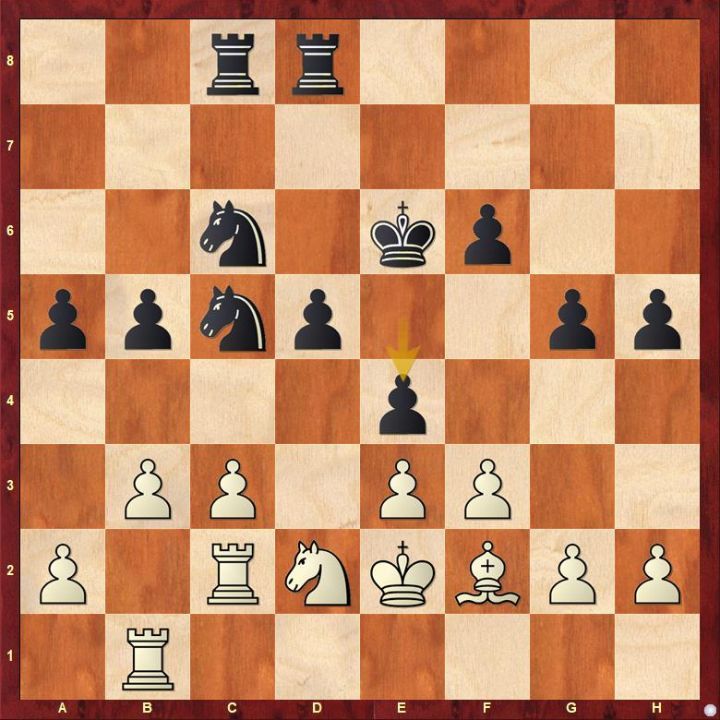 One would be quite happy to get the position which Gukesh had with the black pieces against the world champion. They would probably try to hold, that's not how Gukesh plays. He tries to create something as he plays 25...e4, aiming for Nd3. Gukesh played the rest of the endgame correctly and managed to hold the world champion to a draw. 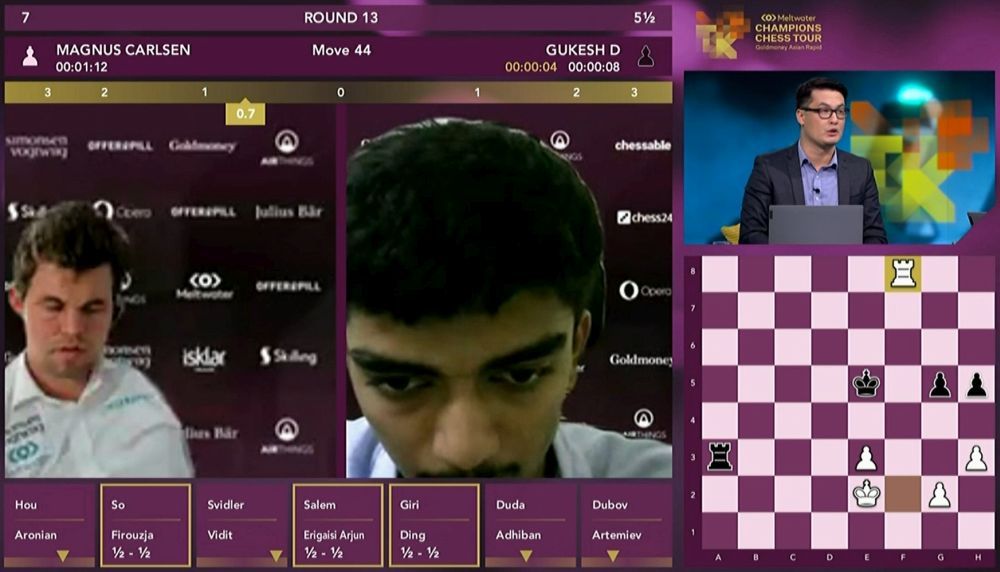 Gukesh's highlight of the day has to be the draw against Carlsen | Photo: Champions Chess Tour

Adhiban continued his momentum and won his second consecutive game of the day, this time against Duda. 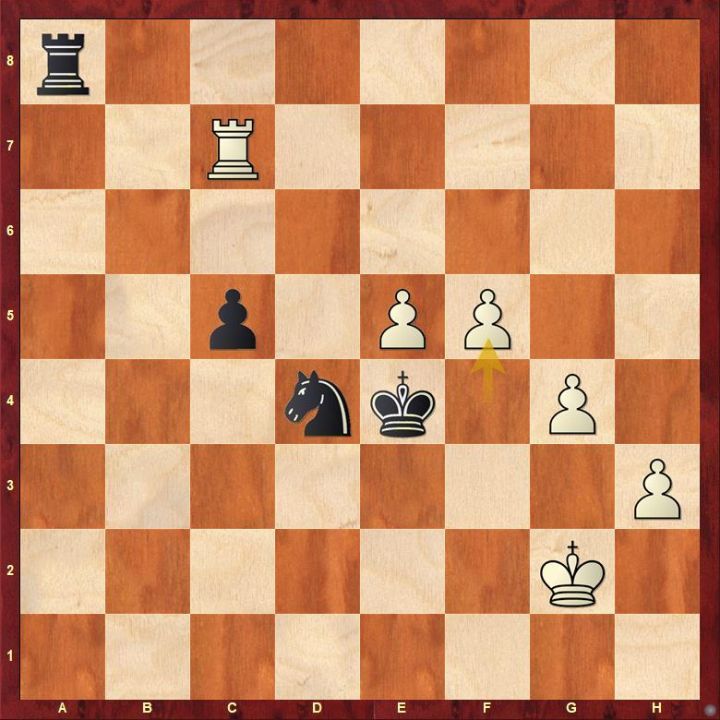 Things became slightly difficult for Black in the endgame, however 60.f5 allowed Black to score a victory. Find out the winning continuation for Black.

Round 14: Arjun held Carlsen to a draw

Adhiban made a solid draw with Dubov. However, in the endgame Adhiban could have kept things going. 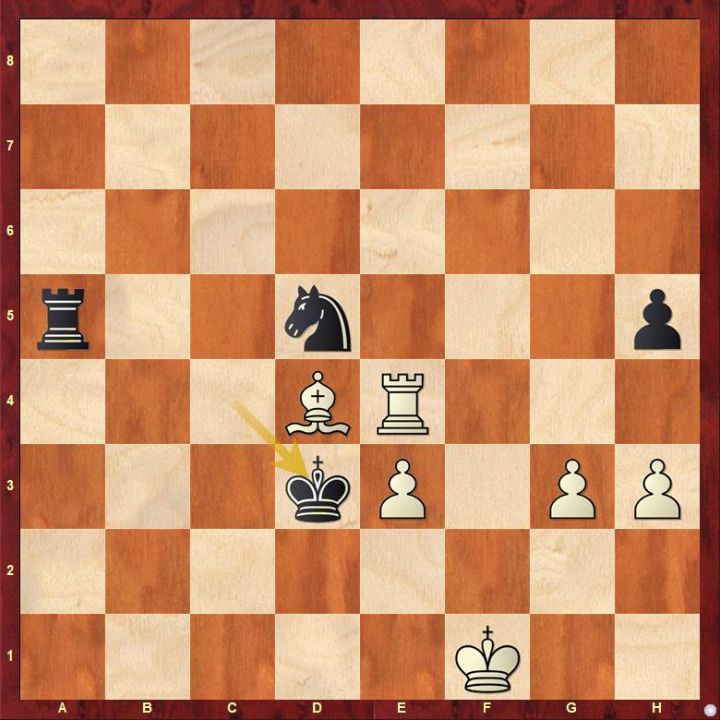 White played 55.Re5 and blundered the e3-pawn as Black got to play 55...Nxe3+. Maybe it was the best practical decision due to time scramble.

Gukesh made a solid draw with Giri.

Arjun's biggest challenge of the day was against Carlsen. He managed to hold his own against the world champion and had a well-fought draw.

Vidit had a well contested draw against Salem.

Only Arjun Erigaisi managed to hold Giri to a draw. Vidit, Gukesh and Adhiban lost to Carlsen, Duda and Artemiev.

Carlsen outplayed Vidit in the endgame.

Giri and Arjun had a relatively quiet draw. 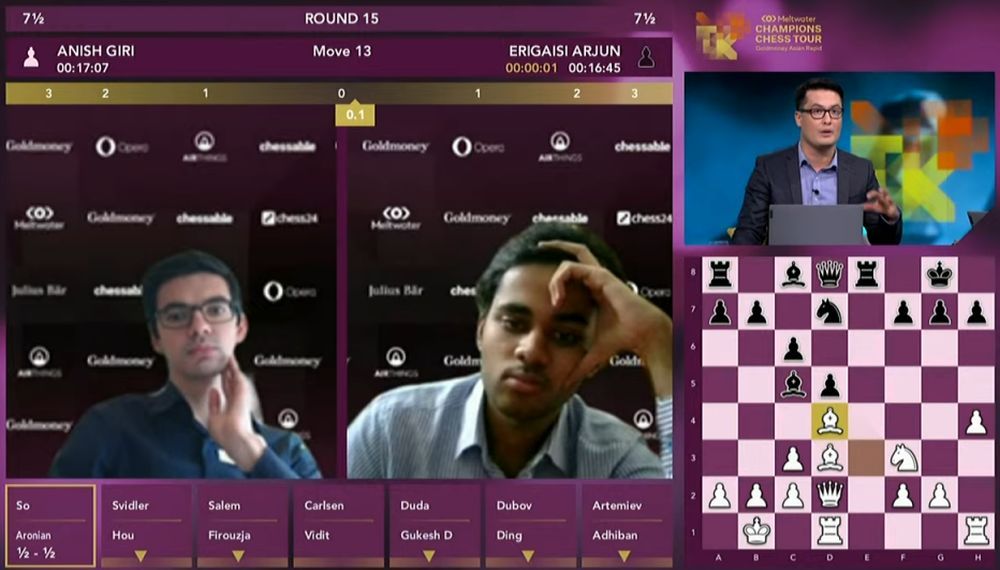 A draw in the final round against Giri allowed Arjun to secure his place in the Quarter-Finals | Photo: Champions Chess Tour

One of the most interesting game of the day was between Duda and Gukesh in the final round of the Prelims. 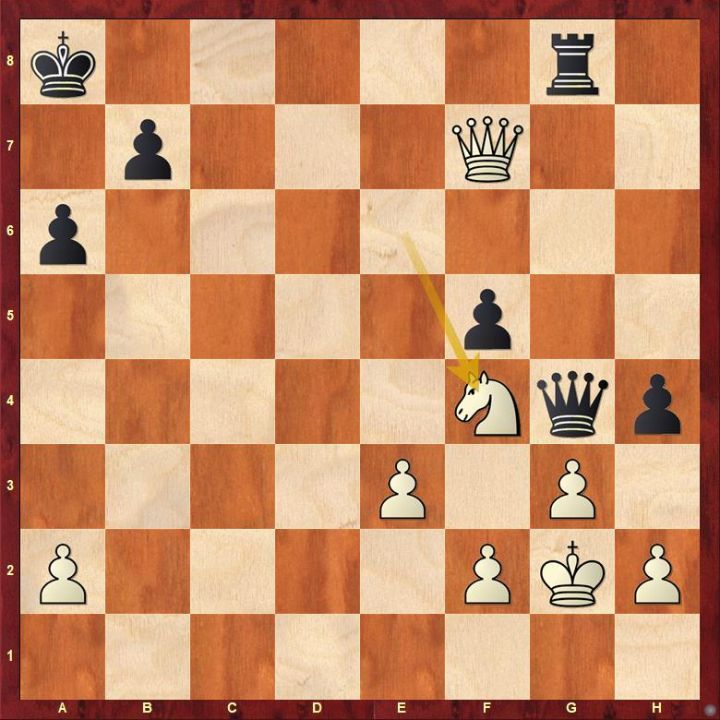 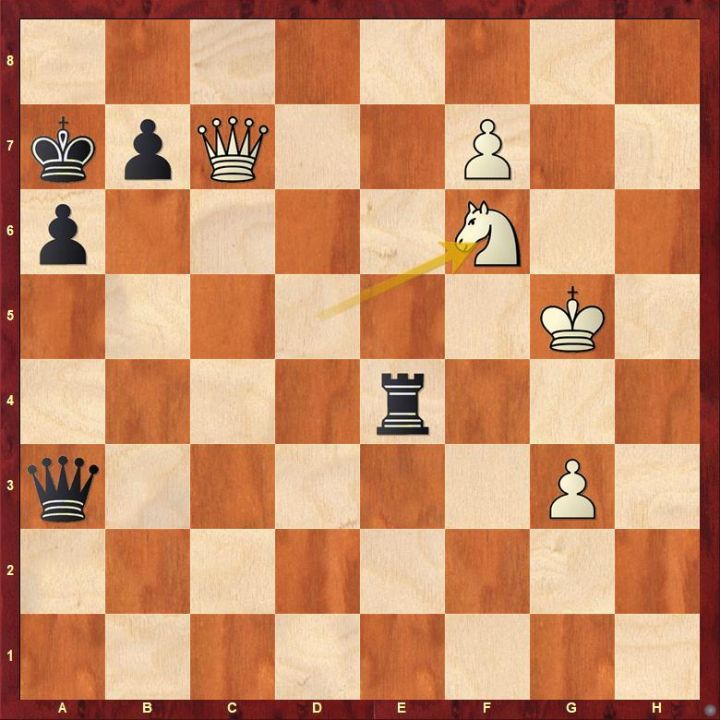 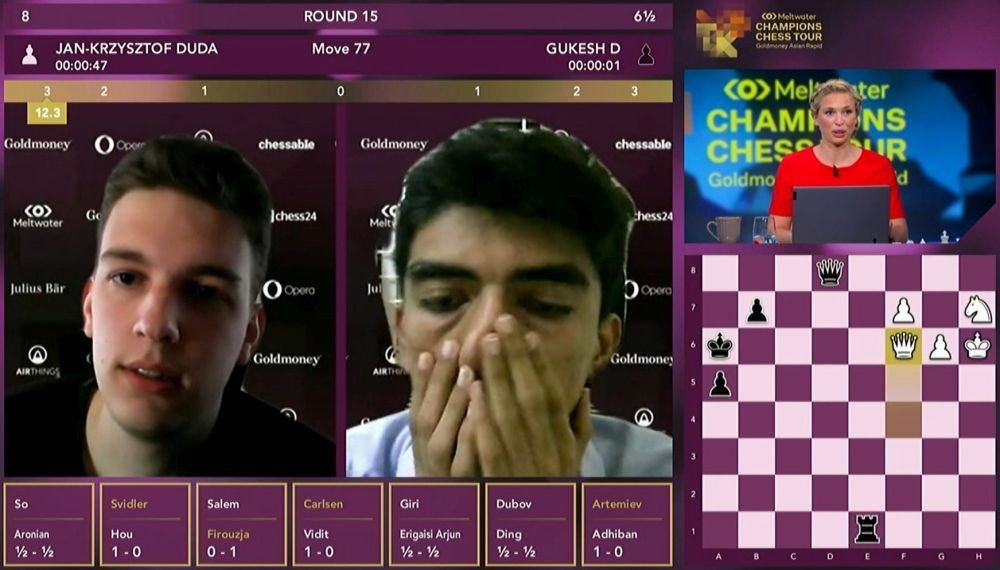 Prelims Standings after Round 15