Meltwater Champions Chess Tour New in Chess Quarter-Finals witnessed the first set winner to have a smooth sailing towards the Semi-Finals. Carlsen will look for his first tournament triumph of the year as he faces Aronian in the Semi-Finals. Meanwhile Nakamura escaped the jaws of defeat twice against Liem to secure his spot in the Semi-Finals against Mamedyarov who has been completely dominant against Firouzja. Aronian is the only Semi-Finalist who lost a game in the Quarter-Finals while Carlsen and Nakamura are yet to lose a single game in the event so far. Photo: Champions Chess Tour

Radjabov, So, Firouzja and Liem get eliminated

Former World Blitz Champion Le Quang Liem started in a fantastic manner against Nakamura but he was unable to convert it and lost the game. In the third game also Liem got another winning chance but he misplayed and it ended up in a draw. After five consecutive draws, Carlsen beat Radjabov and make two more subsequent draws to advance to the Semi-Finals. Firouzja was completely out of his element for the second straight day and stood no chance against Mamedyarov. So was unable to generate any kind of real threat as he lost the second set also against Aronian.

Carlsen is still unbeaten in the event so far | Photo: Champions Chess Tour

First game started out in an interesting manner but pieces got exchanged at regular intervals which resulted in the game arriving at a drawn opposite color bishop endgame just after 27 moves.

Radjabov got into a worse position early in the middlegame and eventually lost it. 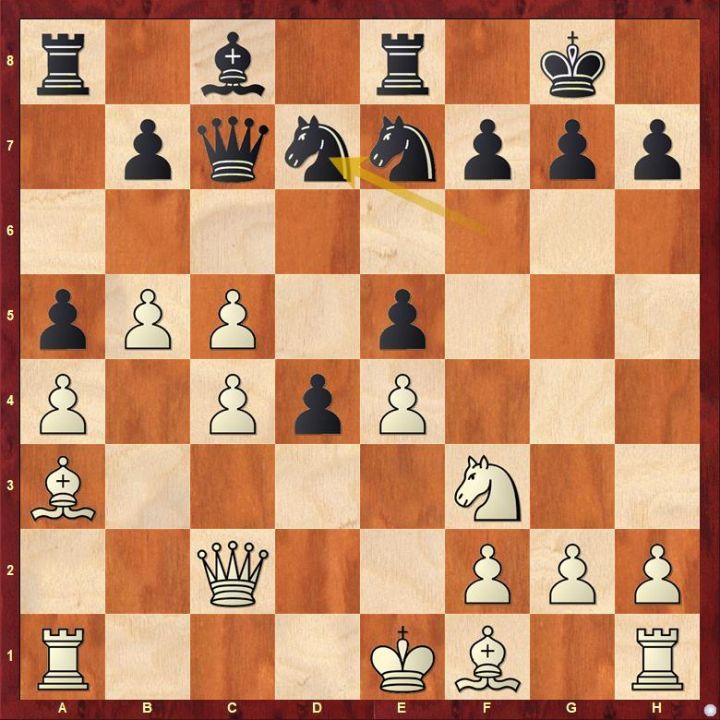 In an already difficult position, 15...Nd7 only makes things worse for black. The c5-pawn obviously cannot be saved but how can white make the most out of it? Carlsen won the game after making five consecutive draws with his opponent in the Quarter-Finals.

The third game was a quiet draw. In the fourth game, Radjabov overpushed in a seemingly equal position which made things worse for him. Carlsen repeated moves to make a draw as it was enough for him to win the second set by 2.5-1.5 and advance to the Semi-Finals.

The first game between Aronian and So was a well-fought draw where the same color bishop endgame lasted for 22 moves. The second game was an uneventful draw. So made an incorrect pawn break in the queenless middlegame which cost him a valuable pawn and things became worse. 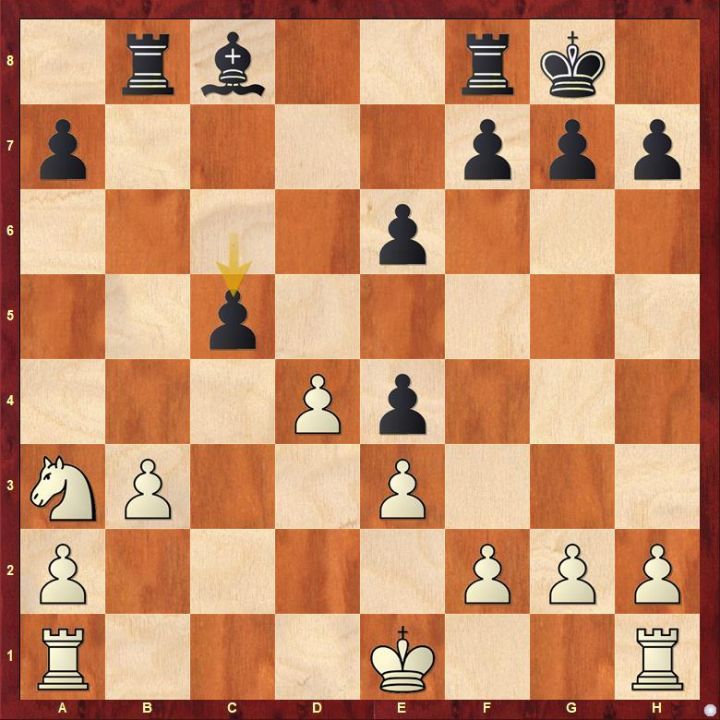 Black needed to develop his bishop, connect the rooks first. The pawn structure was bad for black anyways but 15...c5 allowed white to get an important d6-square available for the knight. 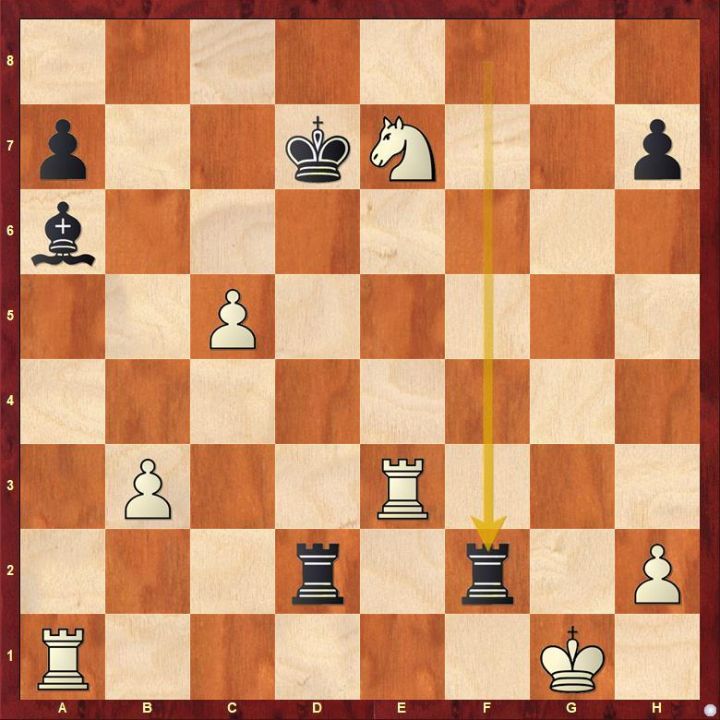 35...Rff2 was a blunder as black loses the bishop for no compensation. Instead 35...Bb7 would have kept black's chances alive a bit longer. So lost his first game in the second set of the Semi-Final which meant Aronian won the set by 2-1 and since he won the first set, he advanced to the Semi-Finals.

Firouzja once again had a bad day as he could not get out of the gate in the very first game. 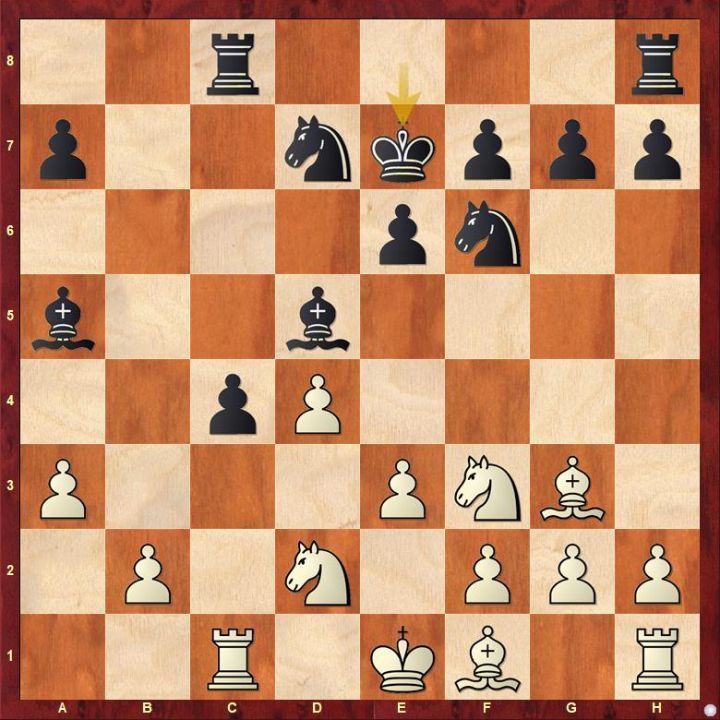 White is already in trouble. Find out how can white save himself before things get worse. 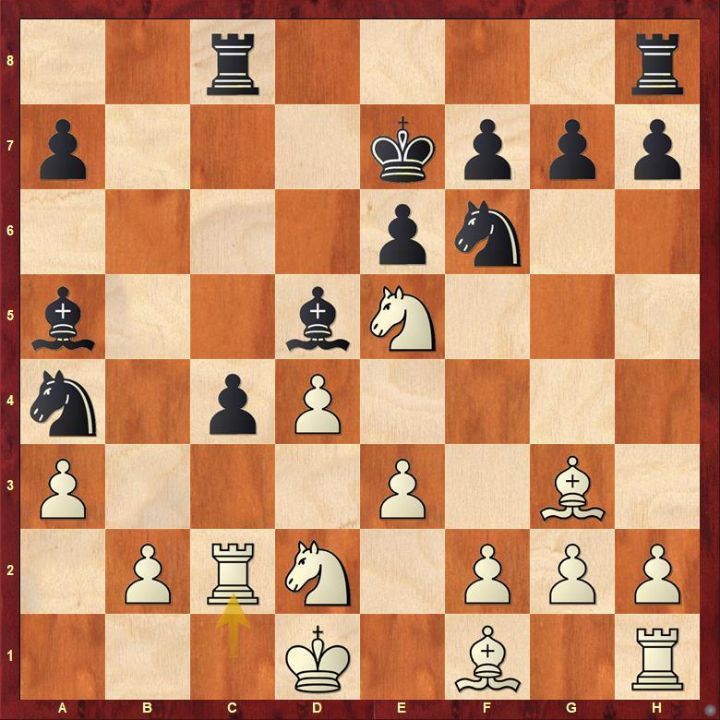 16.Rc2 was the final nail in the coffin as black got a chance to make a breakthrough. Try to spot it and also what should have played instead of 16.Rc2. The game got over in another seven moves.

Firouzja again got into trouble early in the opening in the second game. He was left with no other choice but to repeat moves and make a draw in just 16 moves. In the third game, Firouzja made a questionable exchange, after which things went downhill for him. 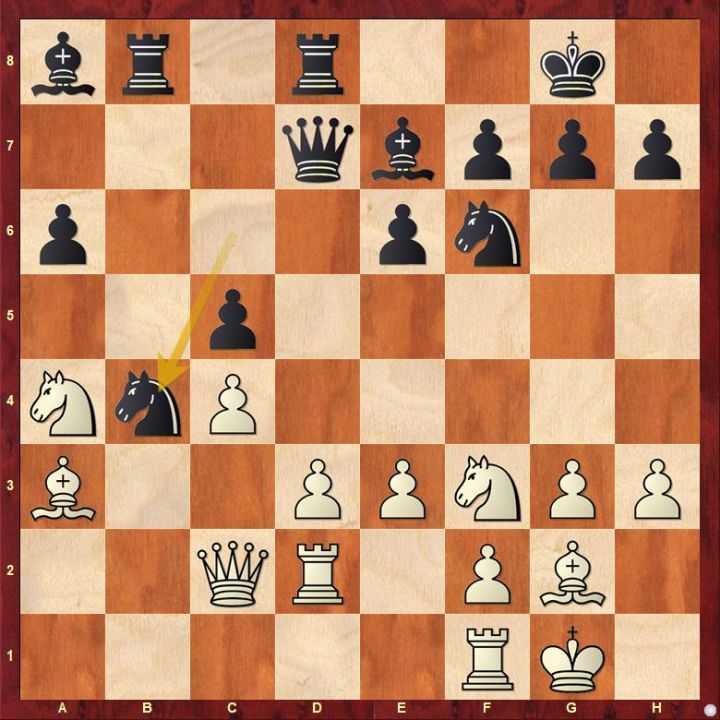 White is not forced to take the knight. 21.Qd1 and white would have been fine but taking the knight made things worse for white and eventually Firouzja lost the game. Mamedyarov won the second set with a score of 2.5-0.5 and advanced to the Semi-Finals. 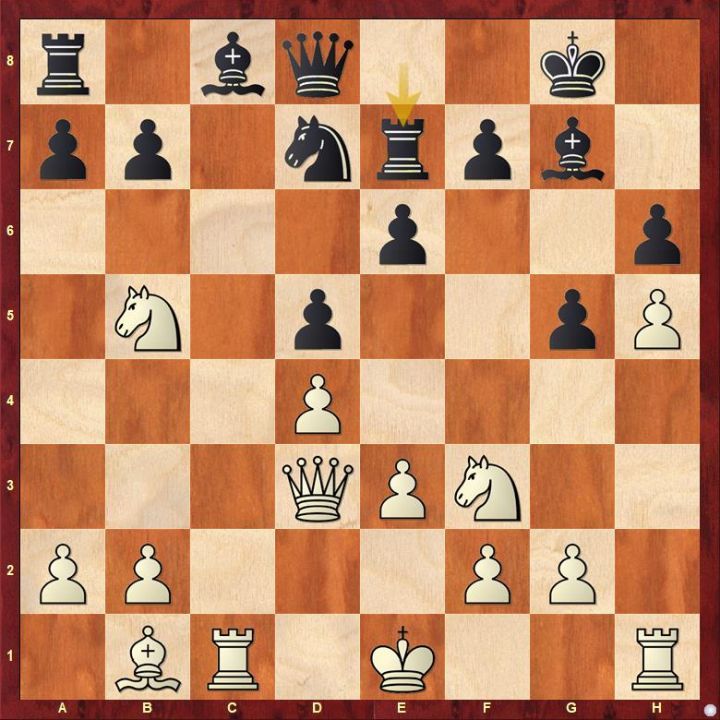 Put yourself in white's shoes and think what he needs to do to continue the attack in a must-win situation? 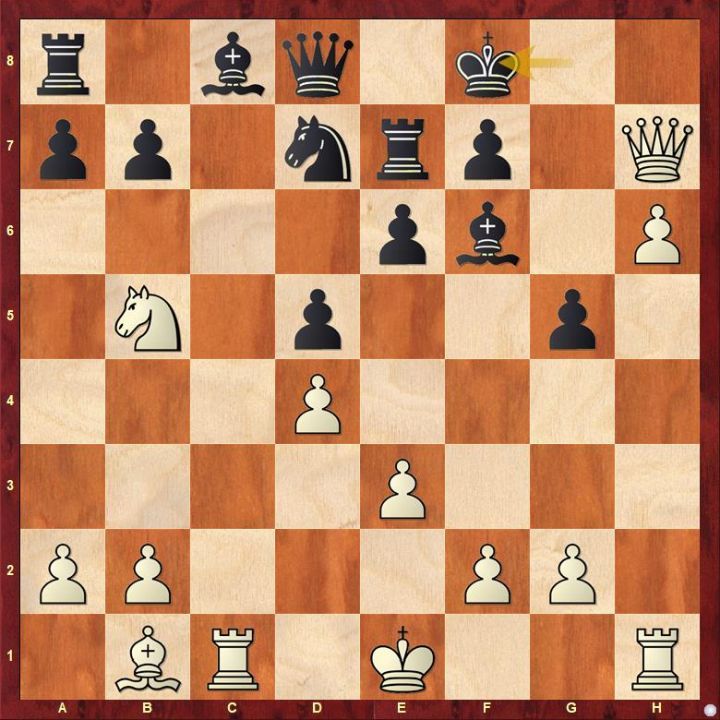 White is completely winning here and he cannot afford to lose the momentum. What is it white needs to do here? The game continued with 19.Rh5 and soon white lost the attack. 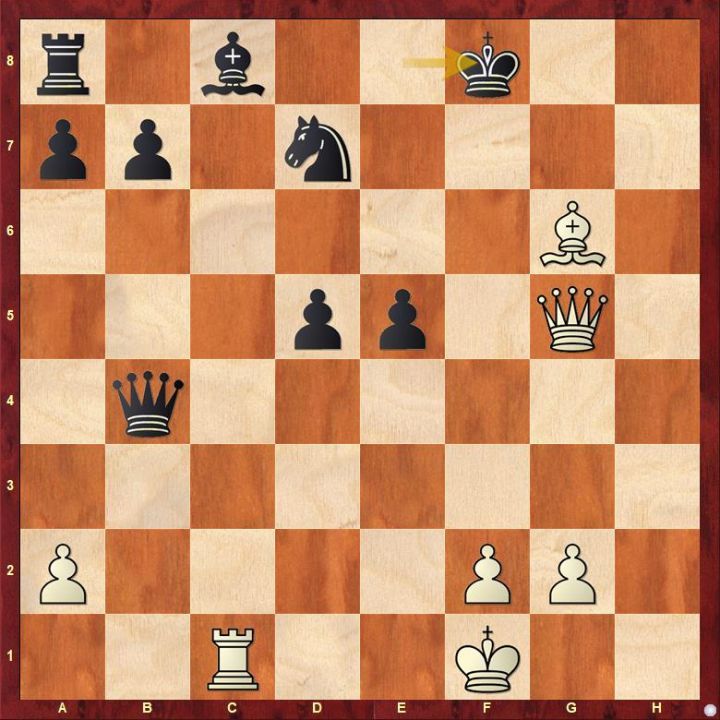 The last opportunity white had was after 38...Kf8. The game continued with 39.Qd8+ which is not the winning move. What was it then?

The second game between Nakamura and Liem was a lukewarm draw. Liem got a winning position in the third game. 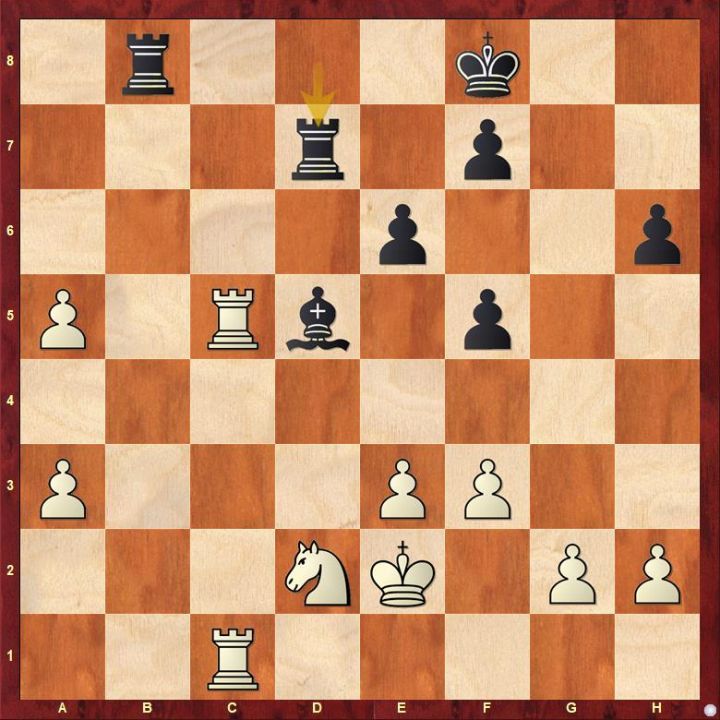 What white should not do here is exchange the knight with the bishop as it's lacking enough good squares. 32.Rc7 Ke7 33.e4 was a better continuation for white. The game went on with 32.Nc4 and black happily got rid of his less than optimum bishop with 32...Bxc4+. The resultant double rook endgame was still winning for white albeit a bit difficult. 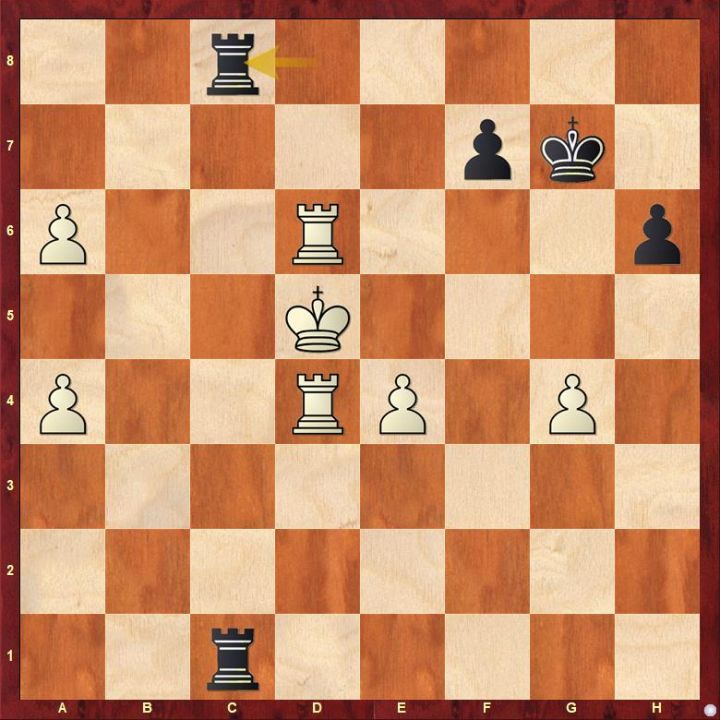 White's final mistake in the game was 69.e5 which cost him not only the e-pawn but also the advantage and the game ended up in a draw. Thus Nakamura won the second set by 2-1 and advanced to the Semi-Finals.