Dubov and Aronian secured their Semi-Final spots with emphatic victories over the world champion Carlsen and Speed King Nakamura respectively in the Quarter-Finals of Champions Chess Tour Airthings Masters. Dubov caused the biggest upset of the event as he beat Carlsen twice on the same day in three games. Aronian also played fantastic and eliminated Nakamura by beating him in consecutive games. Skilling Open winner So and newly crowned Russian champion Nepomniachtchi had unfortunate exits from the event as both of them drew their respective Armageddon games but got eliminated due to technicality. Semi-Finals start tonight Thursday 31st December from 7:30 p.m. IST. Watch the live stream on ChessBase India youtube channel with IM Sagar Shah, Amruta Mokal and IM Soumya Swaminathan. Photo: ChessBase India Live stream

Dubov shocked Carlsen and the world as he beat Carlsen twice in the day 2 of Quarter-Finals. The second one is definitely more painful for the world champion as he was completely winning and then he blundered into a checkmate. Aronian completely outplayed Nakamura once again with a positional play and then Nakamura made a rare tactical error. The Armenian advanced to the Semi-Final in just minimum number of games - six. Vachier-Lagrave - So and Radjabov-Nepomniachtchi went on till Armageddon where both So and Nepomniachtchi drew their respective Armageddon games but according to the rules they lost the match as black gets draw odds in Armageddon. 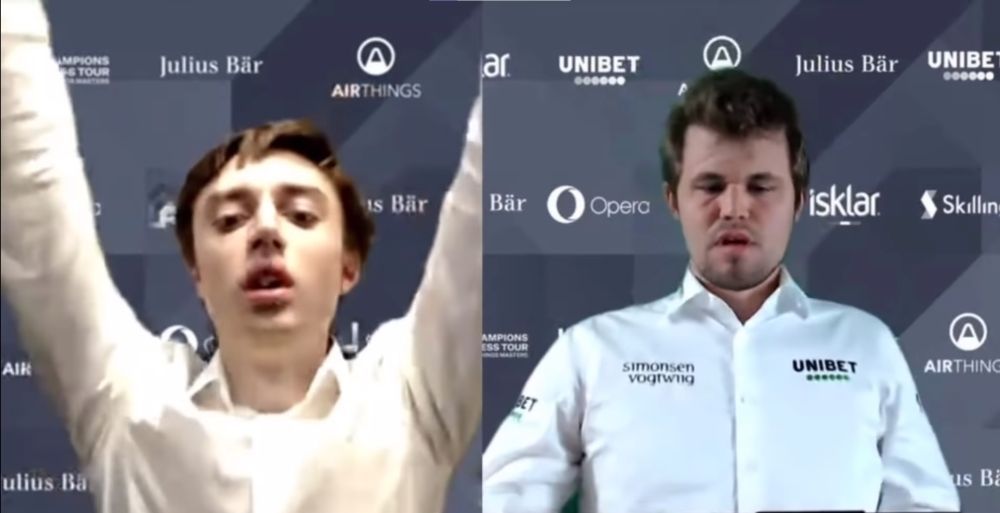 Playing with white pieces, Dubov played in his true form. Launched an attack at his heart's desire and for a change, Carlsen did not handle it correctly. 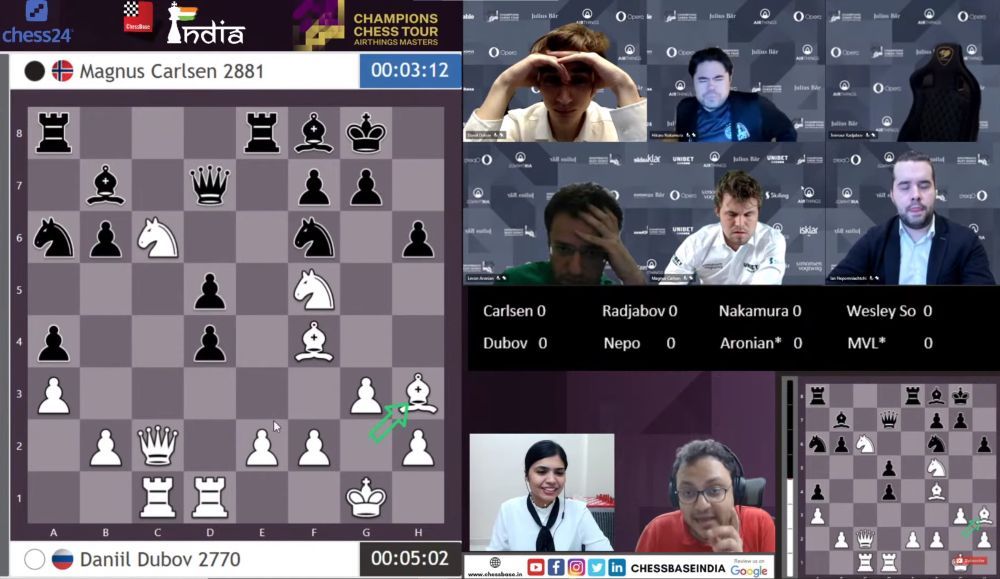 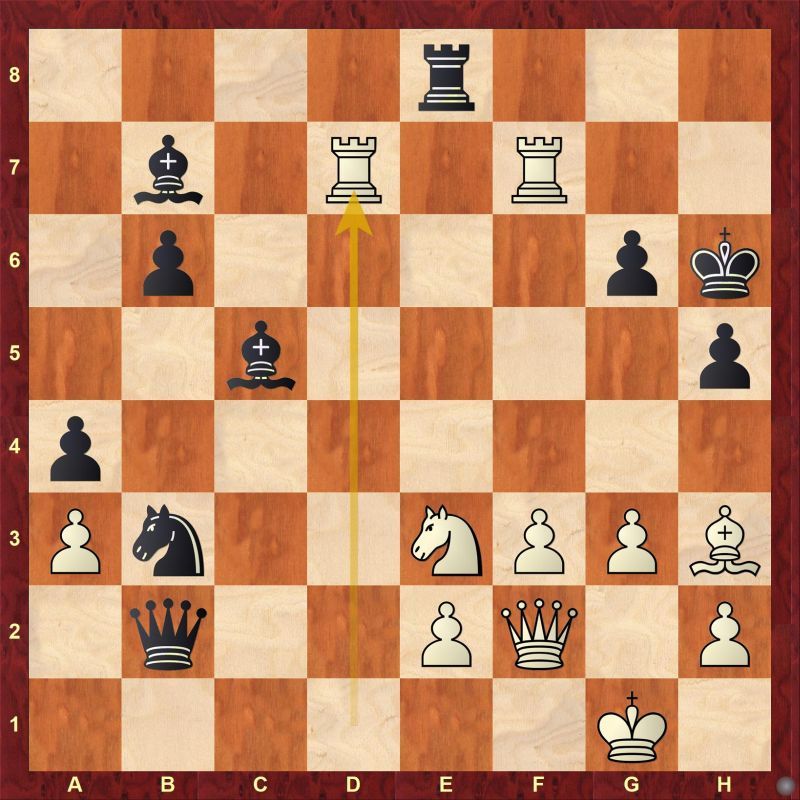 Black can still salvage the game after 38.Rdd7. How?

Carlsen had some real chances in the endgame against Dubov. 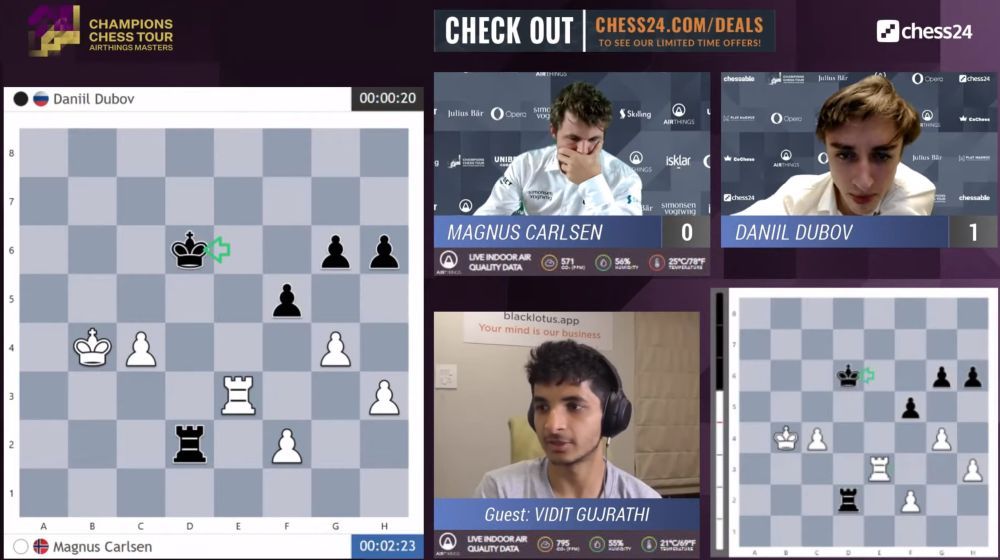 Carlsen very quickly played 51.f3, he probably wanted to pressurize Dubov as he was running low on time but that caused him to miss a very good chance. What did he miss? The game ended up in a draw eventually.

Dubov blundered first and lost a piece due to simple one-move tactics. Afterwards, in a completely winning position, Carlsen blundered and got into a losing position, eventually got checkmated. 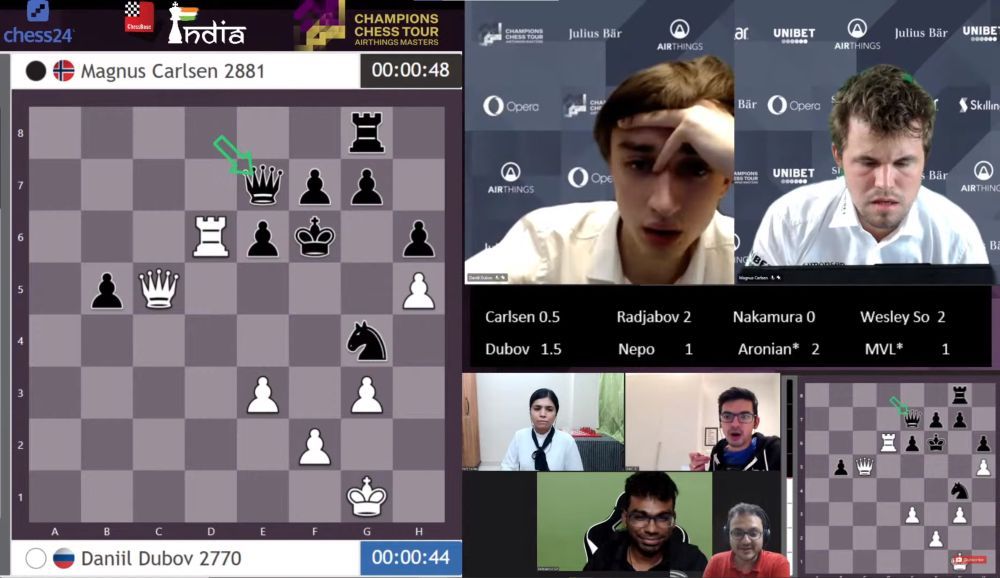 Carlsen made the following tweets after his loss:

So struck in the first game after Vachier-Lagrave made some questionable decisions. 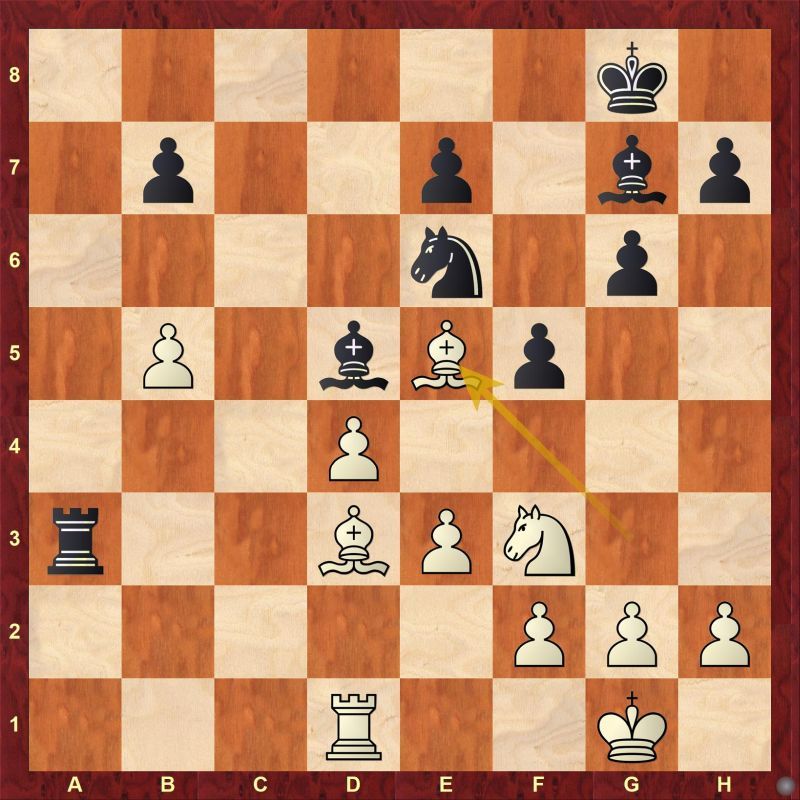 Here black playing 25...Bxf3 completely turns things into white's favor as white is ahead by a pawn and he has a bishop pair in the open position too. 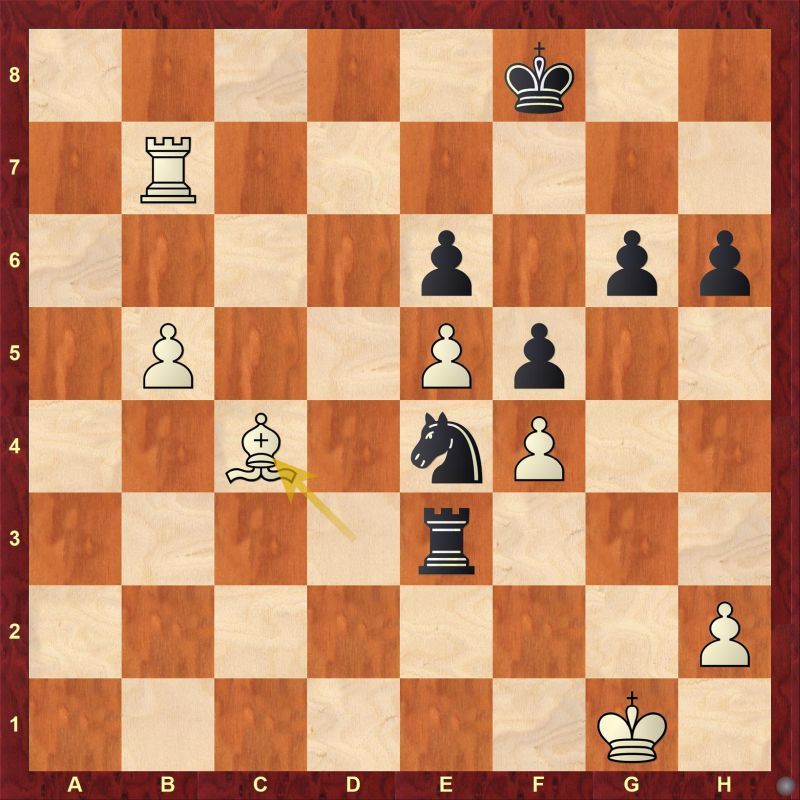 Black is already in trouble. He has to make a critical decision here - whether to push the kingside pawns or to bring his rook to prevent the passed b-pawn push. Black decided to go with 50...g5 which turned out to be incorrect.

The second game between Vachier-Lagrave and So was a well fought draw.

The third game was a uber short nine-move draw. The fourth rapid game was a topsy-turvy affair where both sides enjoyed their share of advantage but eventually it ended up in a draw after 104 moves.

Vachier-Lagrave won the first tie-break blitz game when So went wrong in the endgame. 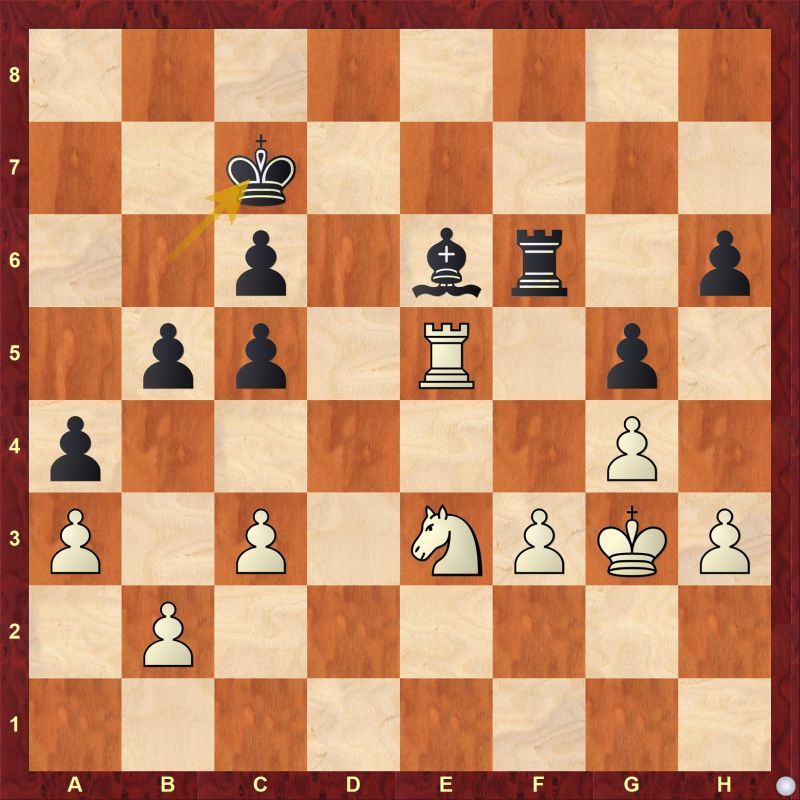 Find out the best continuation for white after 35...Kc7.

So immediately delivered the equalizer playing a fantastic game, to level the blitz tie-breaks 1-1 and force Armageddon.

Vachier-Lagrave drew the Armageddon and advanced to the Semi-Finals as draw was enough for him to advance.

Nakamura once again inaccurate positional judgment and that cost him the first game against Aronian. 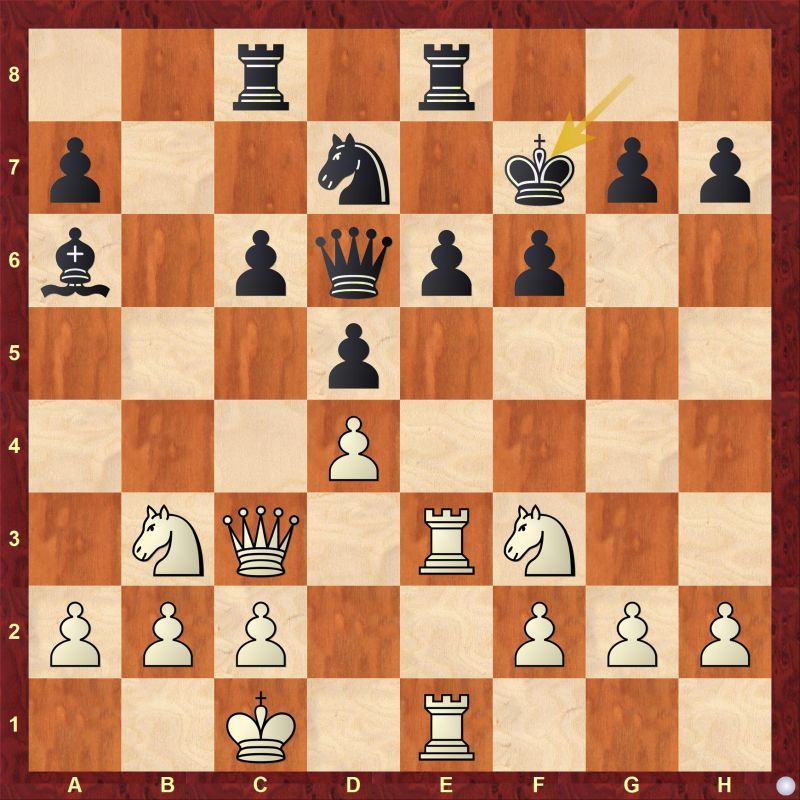 16...Kf7 attempting to defend the e6-pawn looks very superficial. White went ahead with 17.Nc5 anyway and soon got into a winning position. Find out what black should have played instead.

Nakamura blundered in the second game as he made a tactical oversight and lost the game. 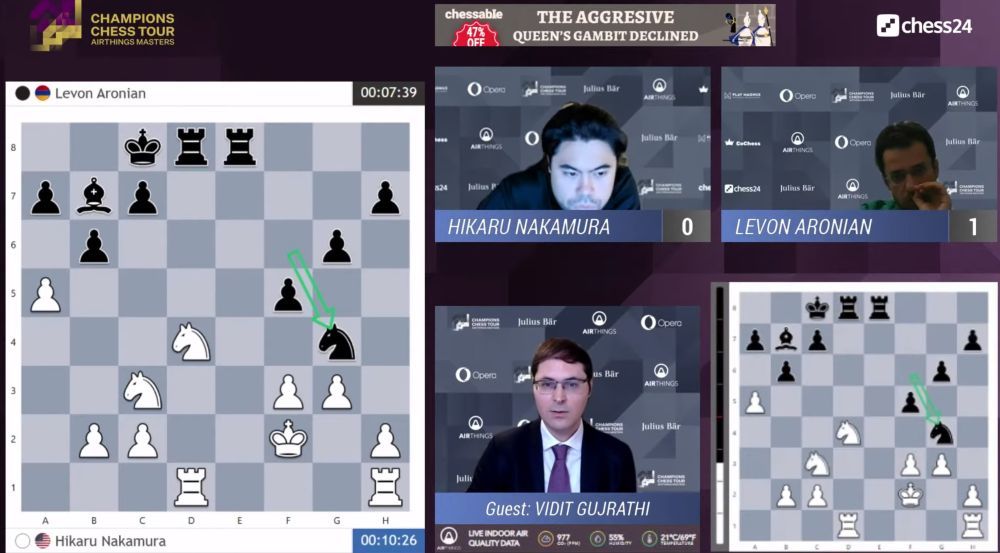 25.a5 was a blunder as after Ng4+ white doesn't have any good way to save the position. Aronian won the game and advanced to the Semi-Finals.

Nepomniachtchi blundered in the very first game and it was difficult for him to salvage it. 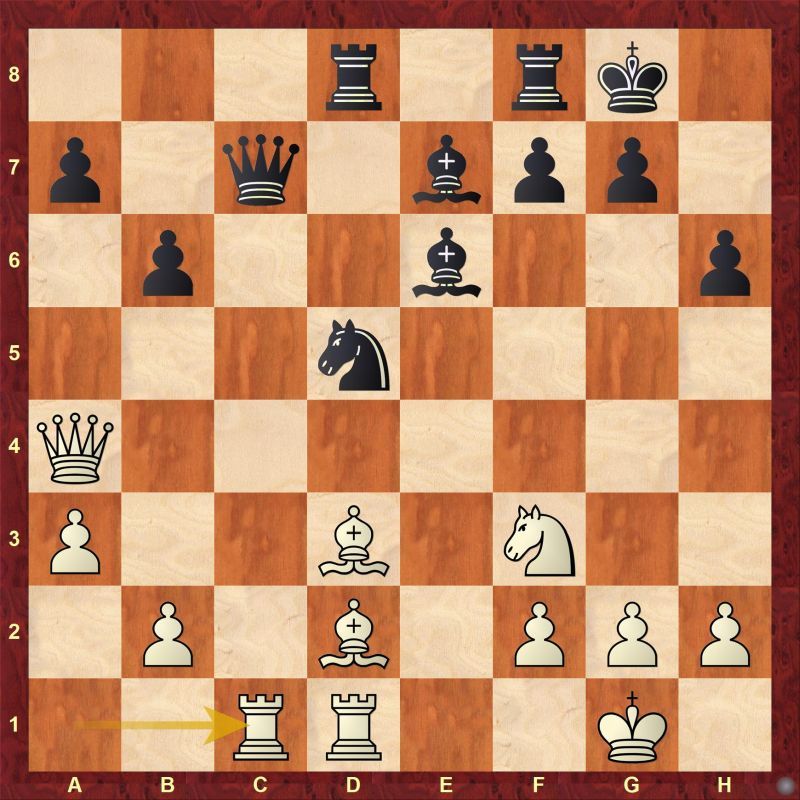 Black should have simply retreated his queen to b8 but he played 18...Qb7 and it was all over for black.

Nepomniachtchi got a fantastic position but he couldn't maintain it and the game ended up in a draw. 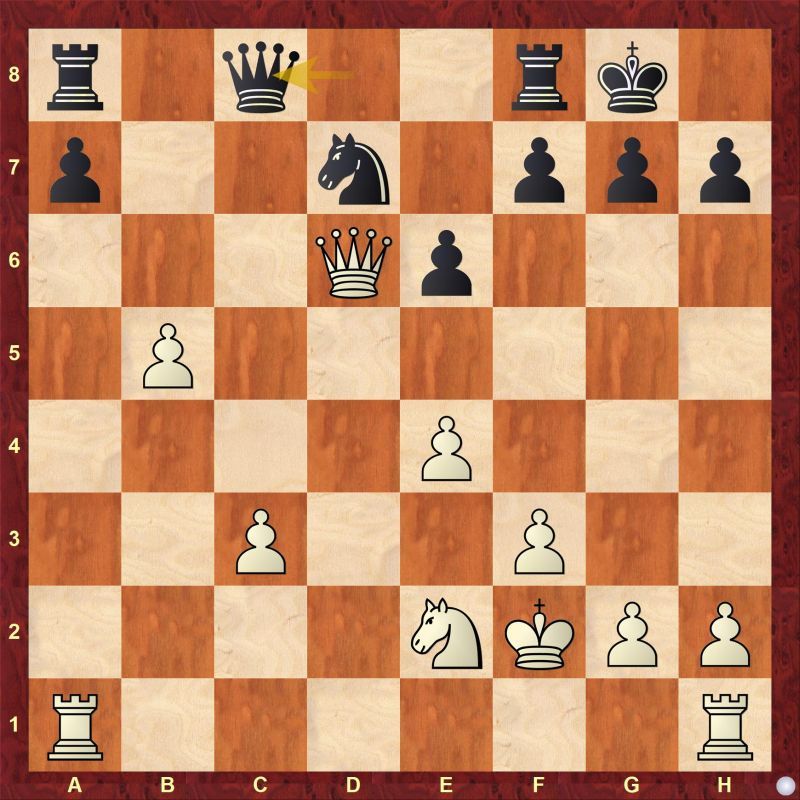 The game continued with 20.Ra6 which is not a bad move but eventually white's advantage dwindled and the game ended up in a draw.

The third game was a hard fought draw. 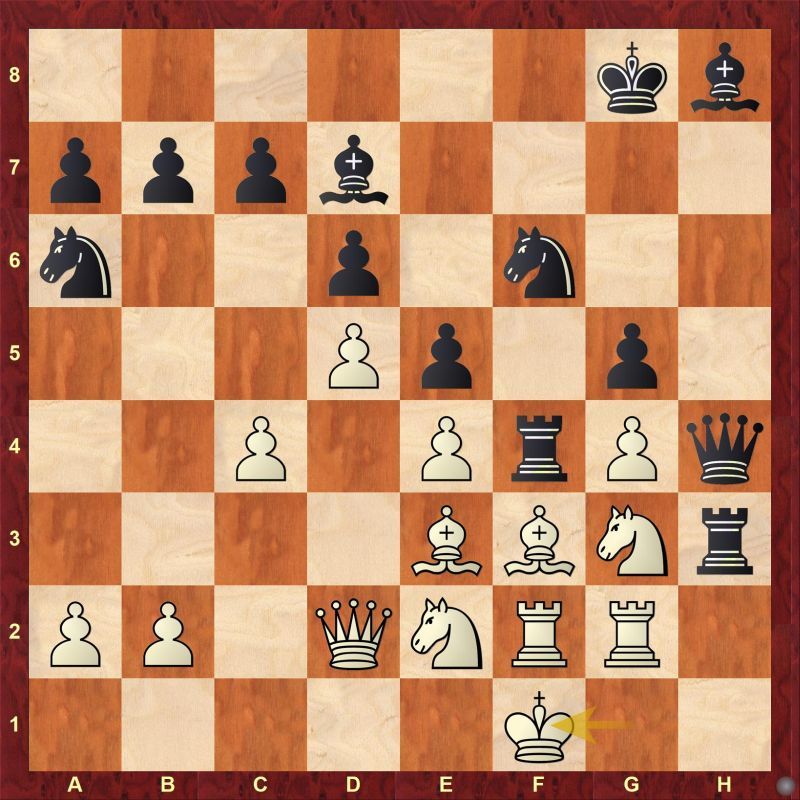 Black a good chance to strike in the crowd and get advantage after 30.Kf1. However he missed and the game continued with 30...Bg7. Nepomniachtchi went on to win the game and force tie-breaks.

Nepomniachtchi won the first blitz tie-break game which was quite a roller-coaster of a game.

Radjabov played a brilliant game to beat Nepomniachtchi and level the tie-breaks 1-1 and forced Armageddon. 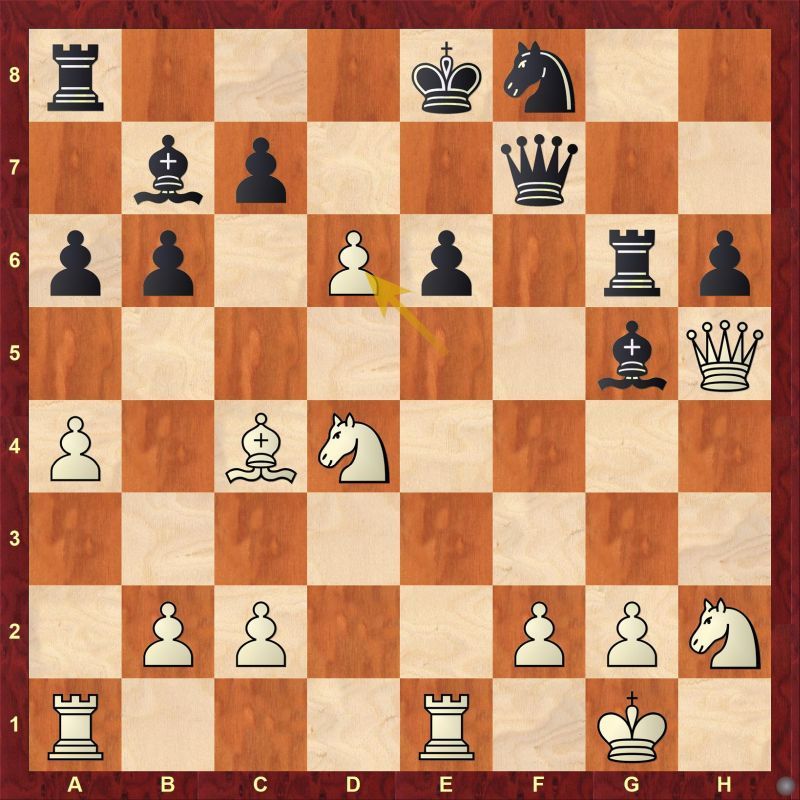 Find out the brilliant continuation by black after 21.exd6

Radjabov also made a comfortable draw with the black pieces in the Armageddon to advance to the Semi-Finals.

Nepomniachtchi tweeted the following after his elimination from the event

* - advances to the Semi-Final due to a draw in Armageddon

Fun fact - Carlsen lost Skilling Open on 30th November, he got eliminated in the Quarter-Finals of Airthings Masters on 30th December. Four years ago Carlsen finished second at World Blitz also on 30th December. Maybe 30 is not his lucky number. 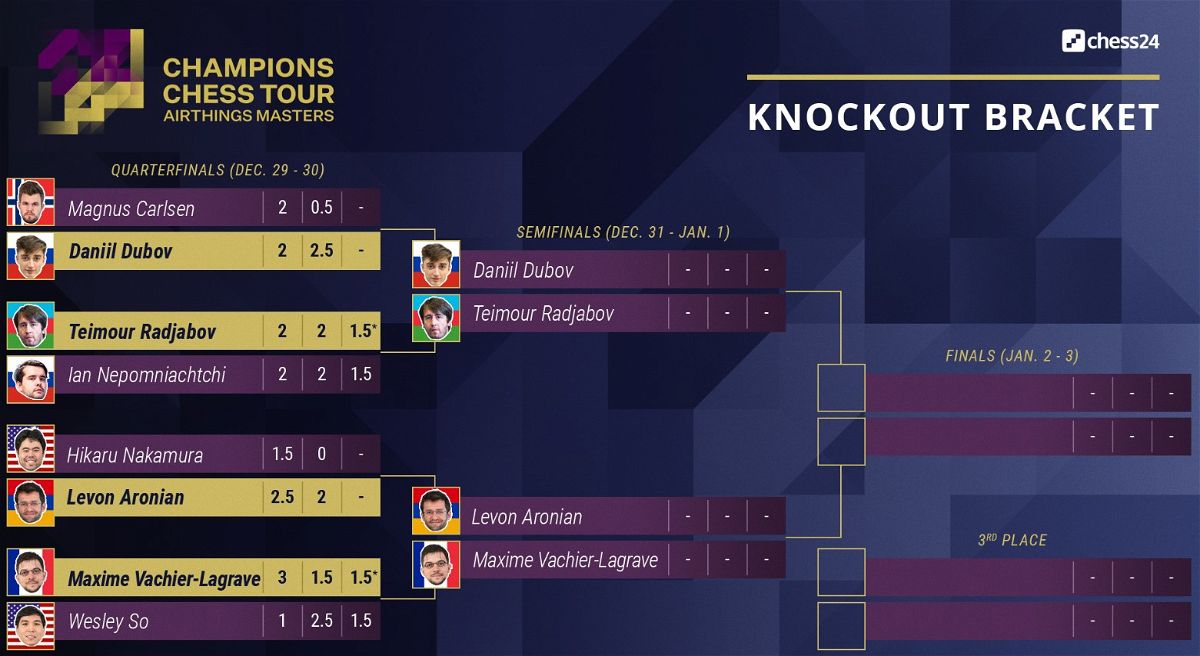 Semi-Finals will be without Carlsen, So and Nakamura | Photo: Champions Chess Tour