Meltwater Champions Chess Tour Magnus Carlsen invitational witnessed Giri beating Carlsen in Round 4 and finish Day 1 with a sole lead of 4.0/5. Both Aronian and Carlsen finished the first day with 3.5/4. They are followed by five players at 3.0/5. Dubov made a brilliant stalemate combination at the center of the board as he saved the game from a completely lost position against Mamedyarov. Catch Day 2 action tonight on ChessBase India youtube channel from 9:30 p.m. IST. with live commentary by IM Sagar Shah and Amruta Mokal. Photo: chess24 Live stream

World champion Magnus Carlsen lost to Anish Giri in the fourth round of Magnus Invitational. Last year also Giri beat Carlsen in the exact same event with reverse colors. Giri beat Pichot, Carlsen and So consecutively. This time the world no.1 was on the brink of checkmate when he resigned. Giri took the sole lead at the end of day 1 with 4.0/5. Aronian made a good recovery after losing the first round against Mamedyarov and finished the day with the same score as Carlsen 3.5/5.

Carlsen on the brink of a checkmate | Photo: chess24 live stream

In an interesting Queen and Rook endgame, So made a blunder which the Russia champion Nepomniachtchi was unable to figure out at first but later got it at his second opportunity. 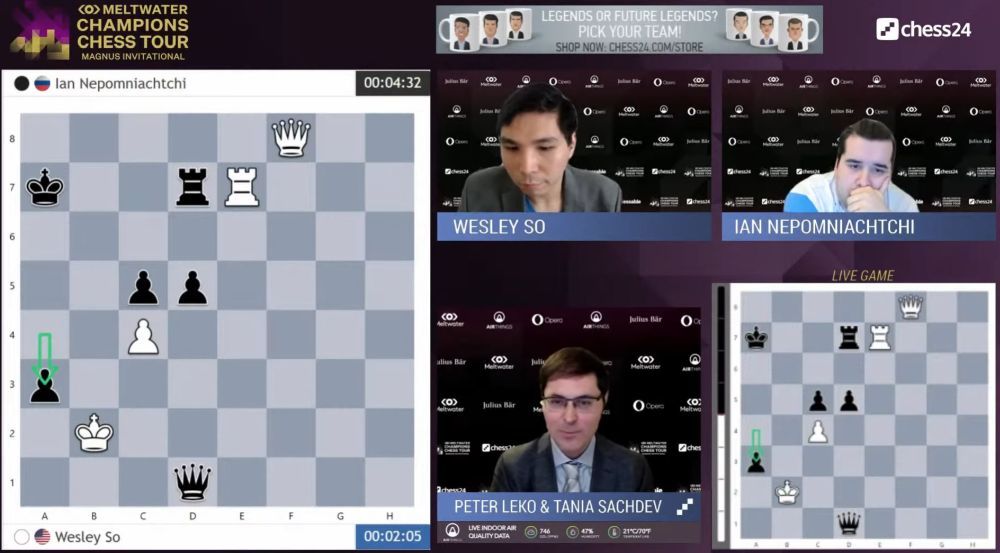 Mamedyarov got into early trouble as he misplayed against Aronian's onslaught on the kingside. 13...Nd7 probably would have been better for black. However Aronian did not continue the attack in the correct way and opted for 14.Nd5. What was the better continuation for white? White has sacrificed a bishop and has a huge initiative. Find out the best plan for white. The game went on with 19.Rxf7 and soon afterwards white's attack diminished, tables turned and black eventually scored a victory. 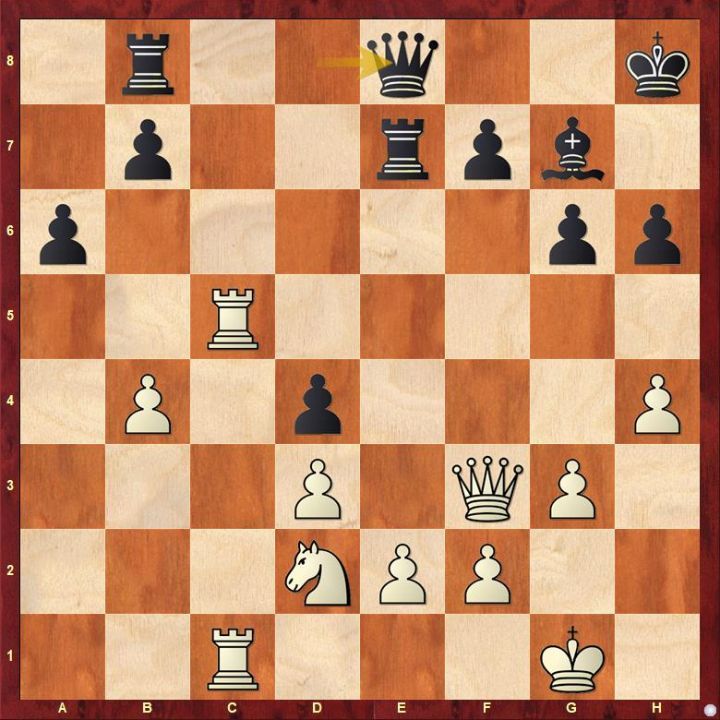 27...Qe8 is a waste time of time for black in a position which is already advantageous for white. Black should have played more actively with 27...Qb6 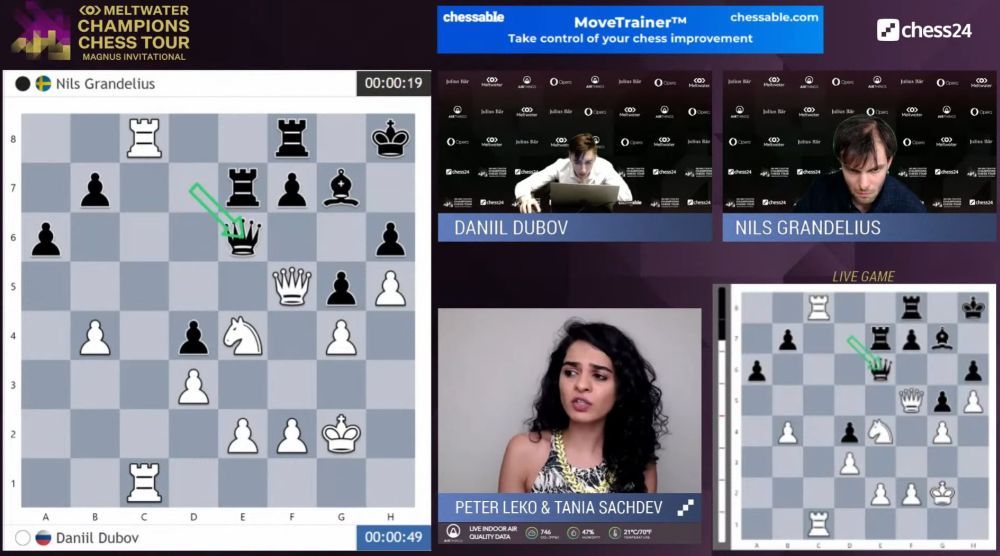 Find out the winning combination for white after 33...Qe6. 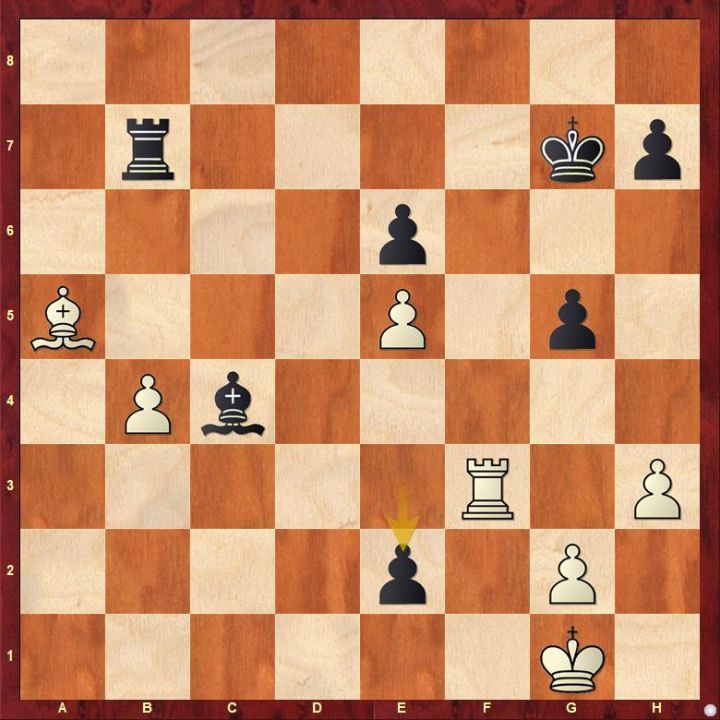 What is the best defence for white after 39...e2 ? 40.Kf2 was not the correct way to defend this position as black won the game in ten moves after 40...Bb5

Vachier-Lagrave had an interesting draw against Firouzja.

Giri was better for the better part of the game against Firouzja but a slip in the end allowed Firouzja to make a comeback. 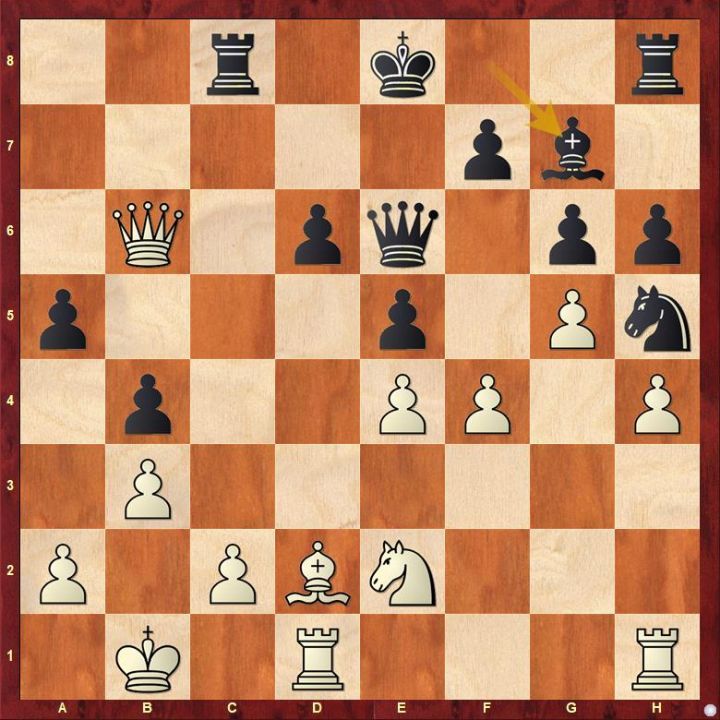 It is evident that white is in full control of the position. If you were white here, what would you do after 22...Bg7 ? 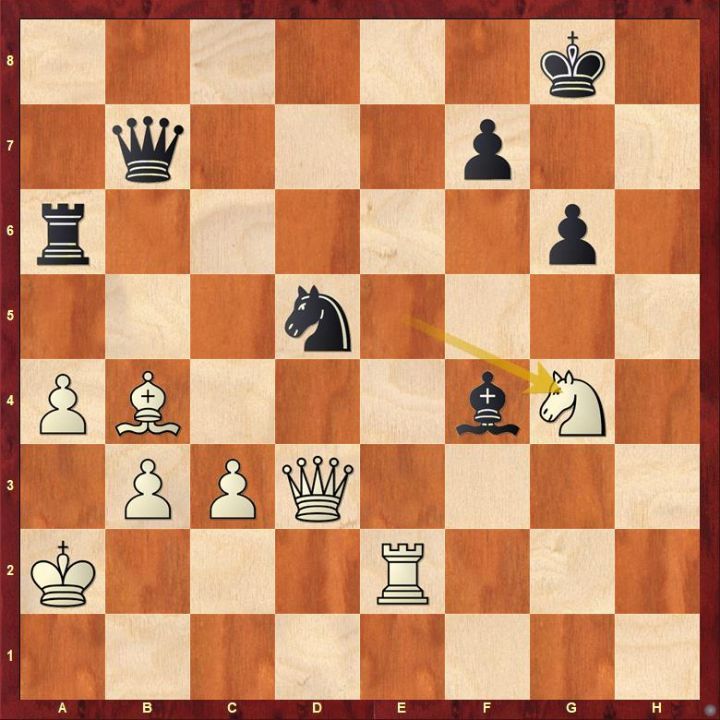 The position is not easy to play to for black and white could have pushed for a win. 48.Ng4 allowed black to get back in the game. 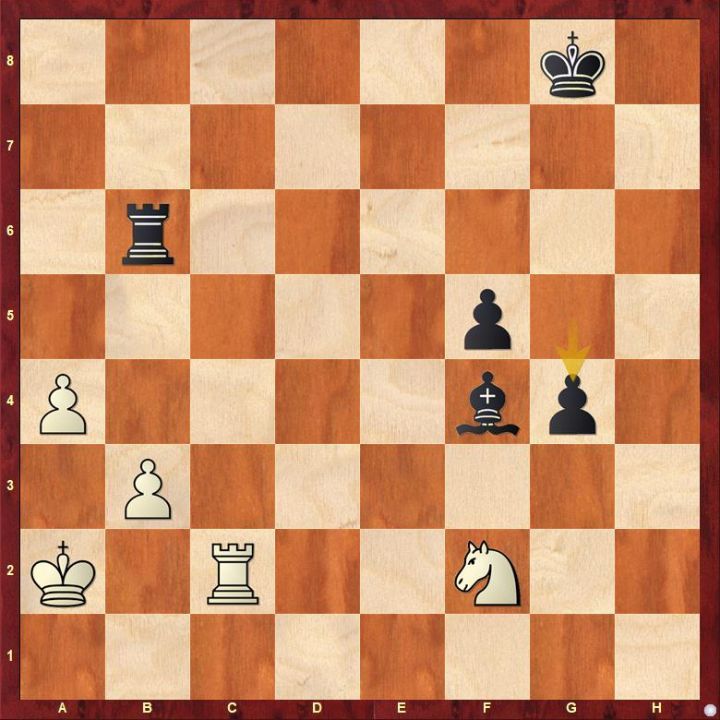 Vachier-Lagrave made an inaccuracy in a seemingly equal position which allowed the world champion to score his second consecutive victory. 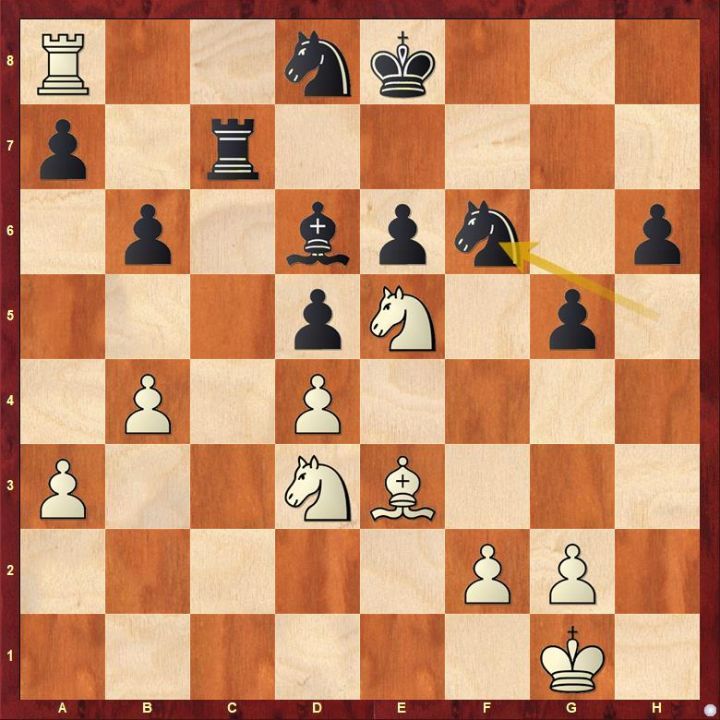 29...Nf6 may not seem much at a first glance but it is a big positional mistake. Find out why.

Grandelius made an incorrect decision in a seemingly equal position against Nakamura. 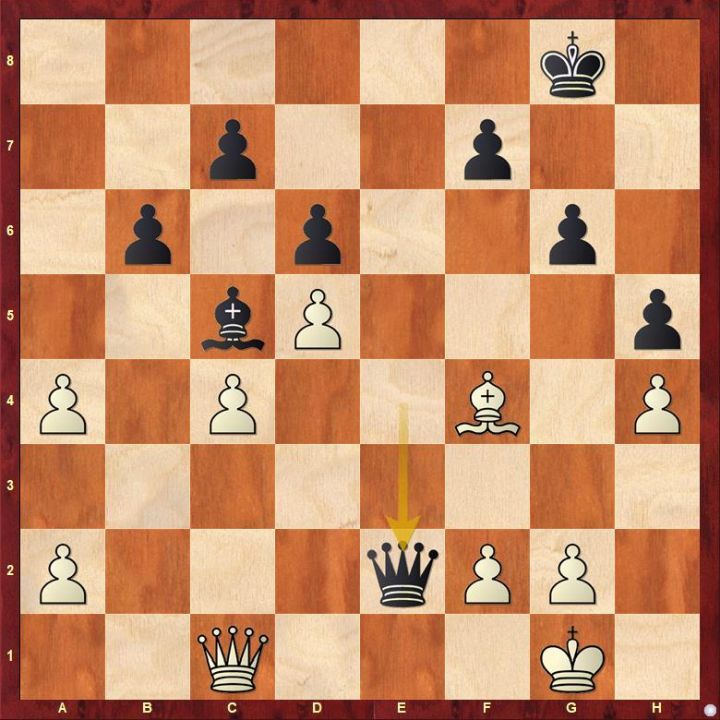 Mamedyarov had a couple of extra pawns in the endgame but the opposite color bishop factor helped Dubov save the game. 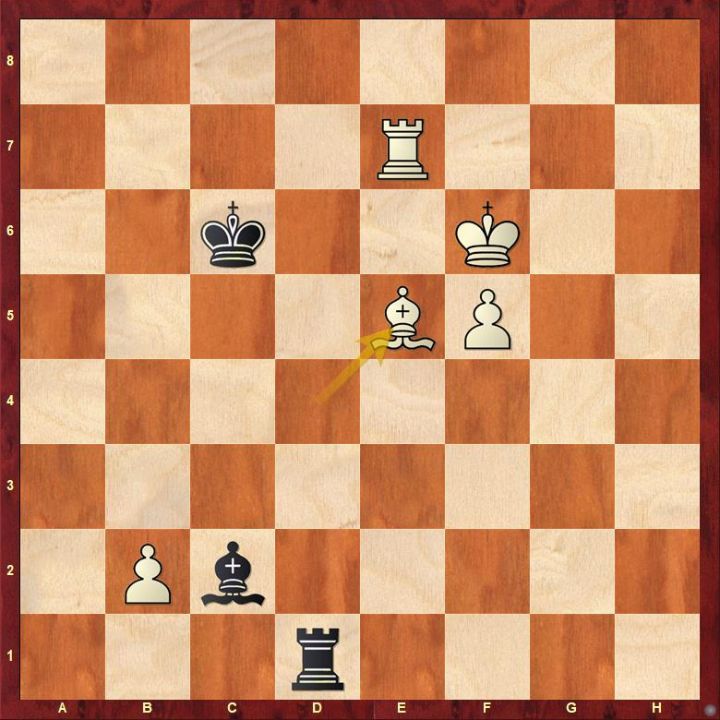 Nepomniachtchi got an early advantage against Aronian but he was unable to capitalize it. 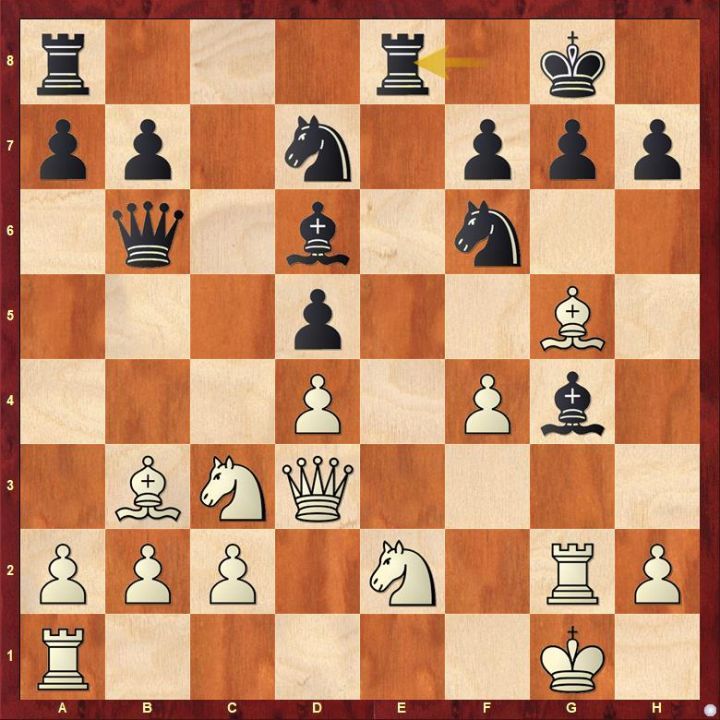 15...Rfe8 is a big mistake as it allows white to convert his advantage How? White missed it and eventually black got the advantage and converted it with ease.

Karjakin sacrificed his knight without enough compensation. So defended his position well and eventually utilized his material advantage to score a victory.

Round 3: Firouzja held Carlsen to a draw

Giri scored a clinical victory in the Najdorf over Alan Pichot.

Aronian scored a comfortable victory over Karjakin after the latter blundered a piece in a difficult position.

Nepomniachtchi landed himself in a terrible position out of the opening against Dubov. 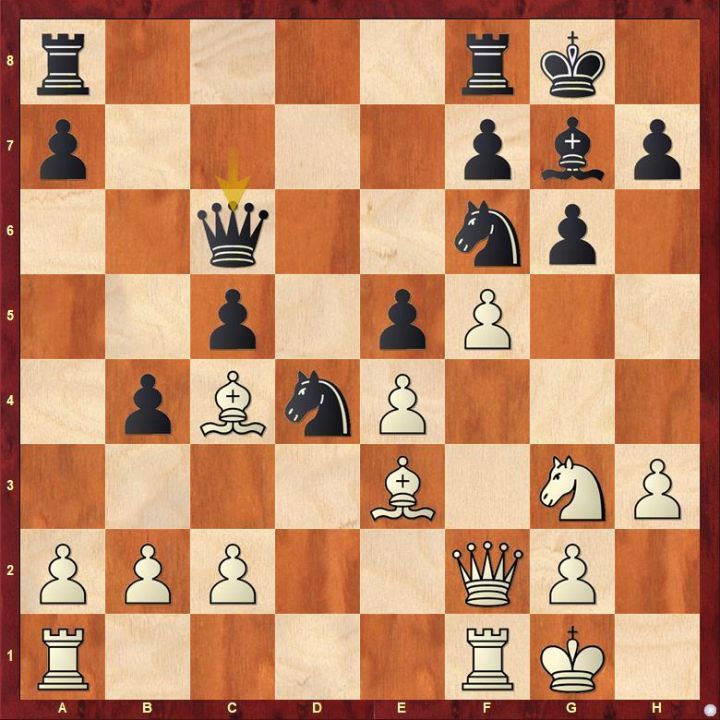 Black's position was already less than comfortable. 16...Qc6 only accelerated things in white's favor. How?

Despite having advantage, Jorden made two big mistakes in consecutive moves which turned things into Grandelius' favor. Vachier-Lagrave was in a bit of pickle against Anton. 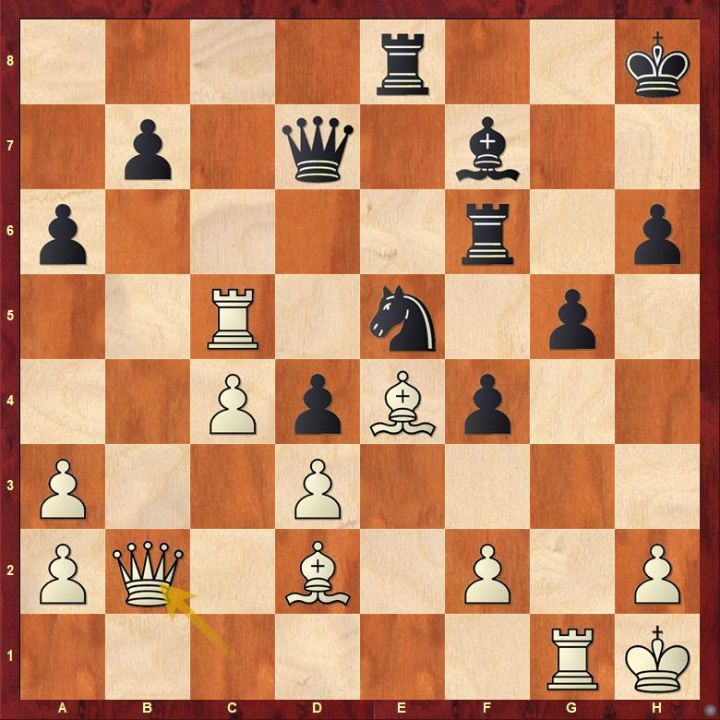 Black missed a very simple opportunity after 32.Qb2. What was it? A series of inaccuracies turned things in white's favor and Vachier-Lagrave managed to win the game.

Firouzja made a solid draw with Carlsen in the Queen and Bishop endgame after pieces kept getting exchanged at regular intervals.

Almost after a year Giri beat Carlsen again in the Magnus invitational. This time Giri won with the white pieces. 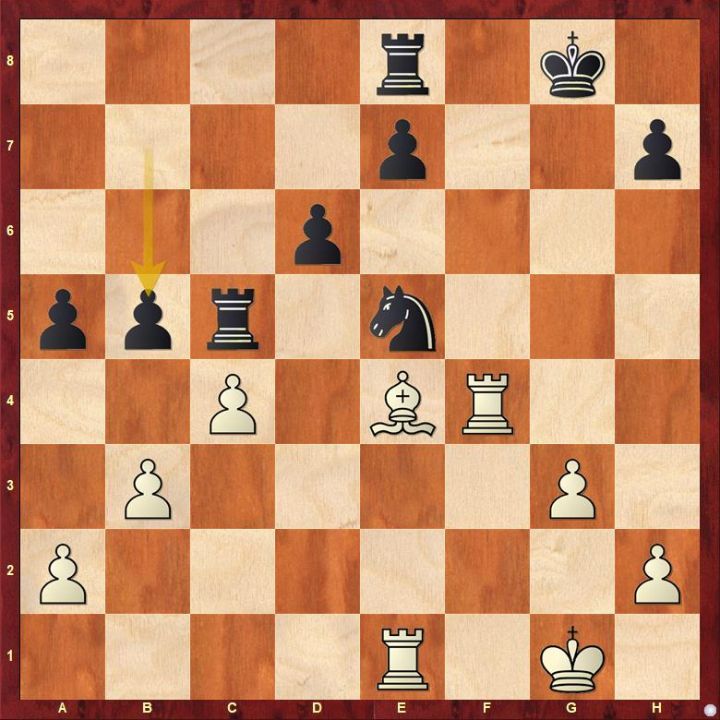 Carlsen made a rare error in the endgame with 27...b5 as it cost him an important pawn.

Carlsen blundered into a checkmate trap with 57...Rxa2

Giri tweeted the following after his victory over the world no.1. 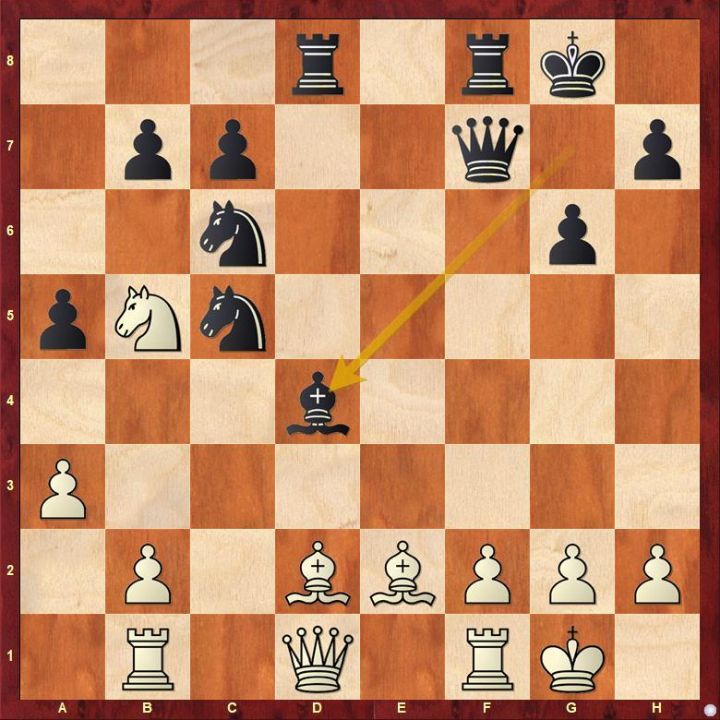 Find out the best move for white after 21...Bxd4

Mamedyarov beat Jorden after the latter got his rook trapped in the endgame.

So scored a comfortable victory over Alan Pichot. 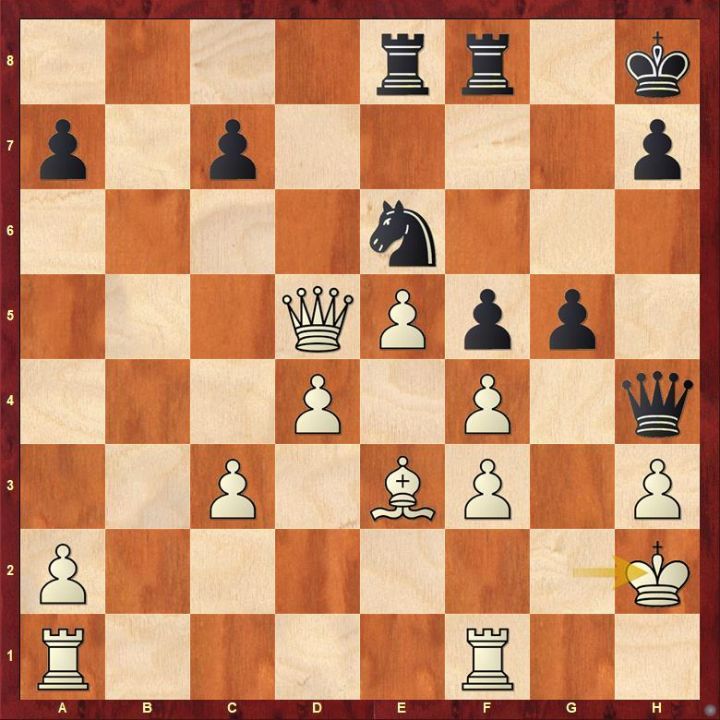 So made a positional mistake which completely turned things into Giri's favor. 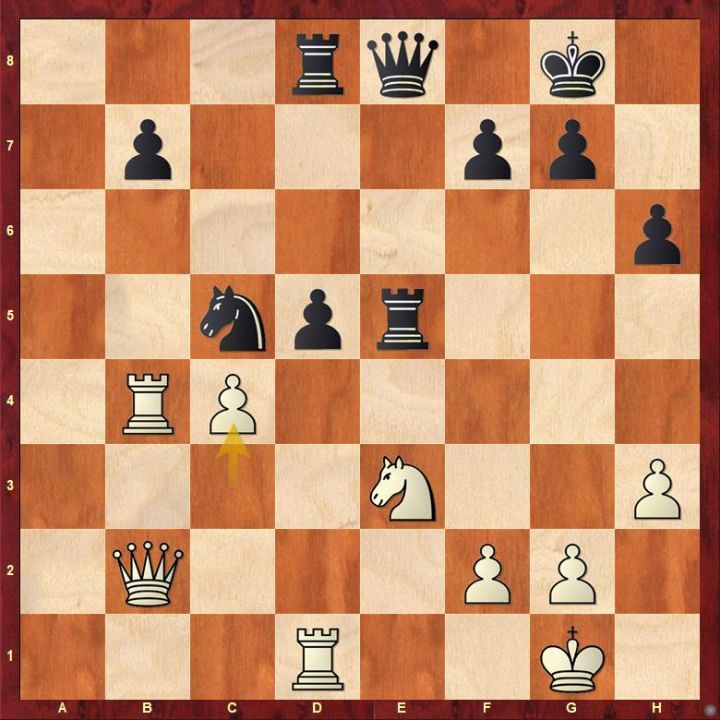 Of course black played 28...d4. White took it with 29.Rxd4 which was a game losing blunder.

Dubov erred early in the middlegame which cost him a valuable pawn against Radjabov. He lost another pawn and soon arrived at a lost position.

Mamedyarov went wrong early in the middlegame and couldn't get back against Vachier-Lagrave.

Grandelius made a big mistake in the same color bishop endgame against Firouzja. 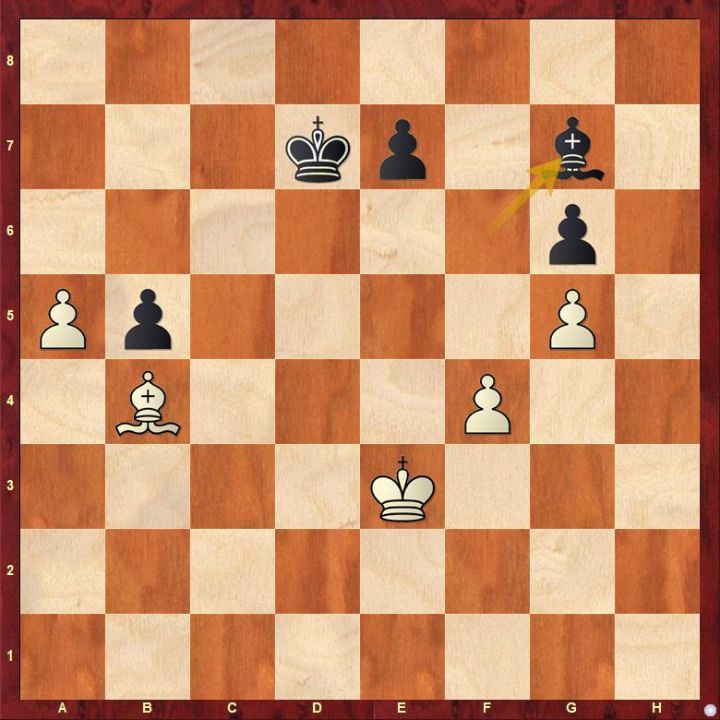 43...Bg7 turns things completely into white's favor. What was the better continuation for black?

Carlsen had to grind in the endgame against Anton and score a victory after an 85-move long battle.

Replay all Round 1-5 games from Day 1 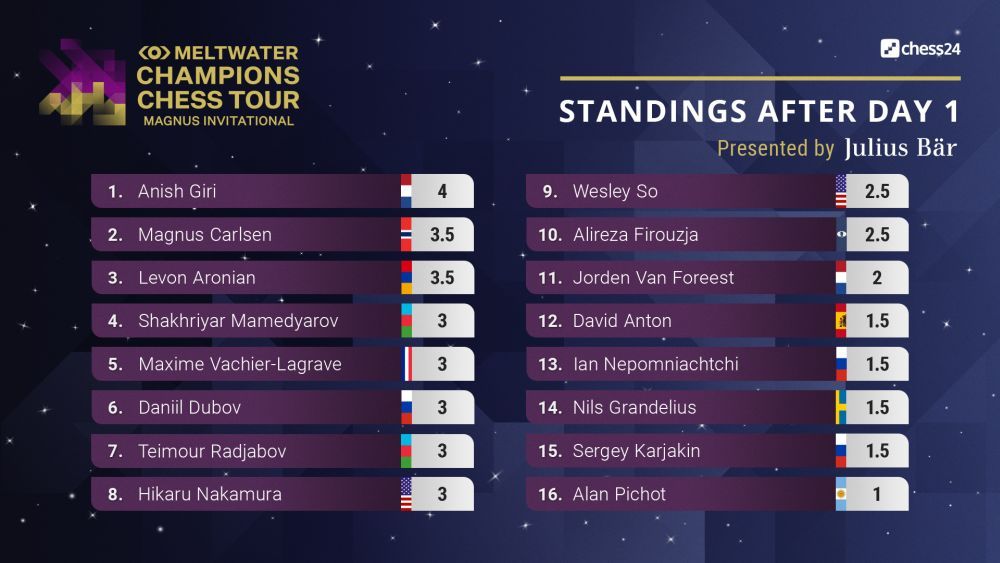 Giri is in the sole lead with 4.0/5 | Photo: Champions Chess Tour