Wesley So wins his second event in Meltwater Champions Chess Tour as he beat Carlsen in the Finals once again to win Opera Euro Rapid. The last time So lost to Carlsen in a serious tournament and got eliminated was at Lindorey Abbey Rapid Online 2020. So remained undefeated in the second set of the Finals and he won the match without the need of tie-breaks. Carlsen is yet to win a tournament ever since he turned 30. This was the third time So has beaten Carlsen in a Final. Check out all the action from the Finals of the tournament. Photo: Champions Chess Tour

So is Carlsen's 'Kryptonite'

Wesley So has once again beaten Magnus Carlsen in the Finals to win Opera Euro Rapid. Unlike Skilling Open Finals, So started the second set with a victory and then drew the next three games to win the tournament. Carlsen had his fair share of chances in both third and fourth game but he did not take them. Carlsen in a post-match interview said, "...Overall no shame in losing to him but I just feel that I could have done a whole lot better with the chance that I had today...Congrats to Wesley. Regardless of what chances I had today, I didn't take them. In the tournament as a whole he was better so he deserved to win." 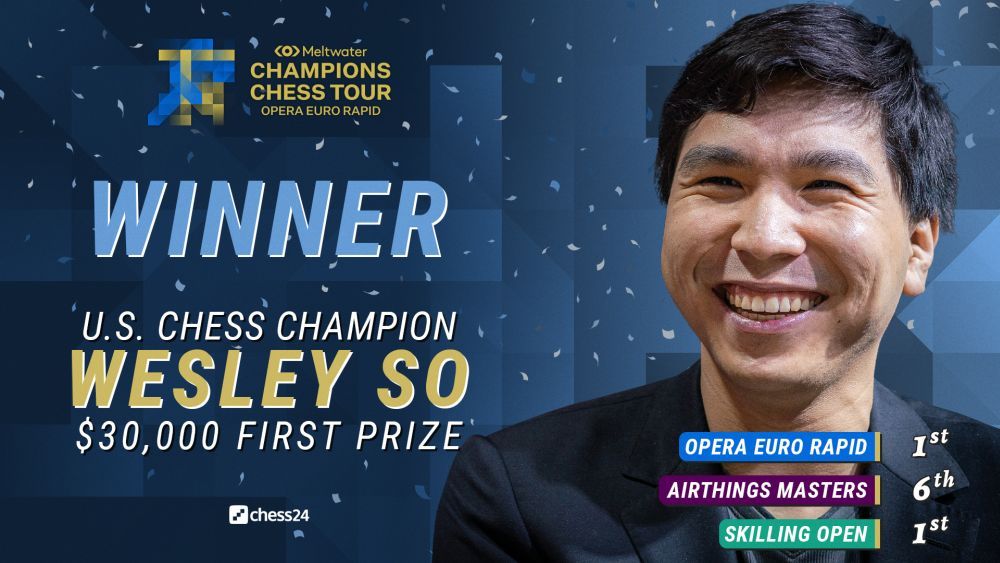 So on his victory, "It's big, it's big, it's totally unexpected. To beat Magnus in any match is a huge honor and it's a real pleasure to do so... Finally I would like to apologize to Magnus for ruining his Valentine's day."

So drew first blood by winning the first game of the second set. Carlsen sacrificed his bishop which is quite uncharacteristic of him. 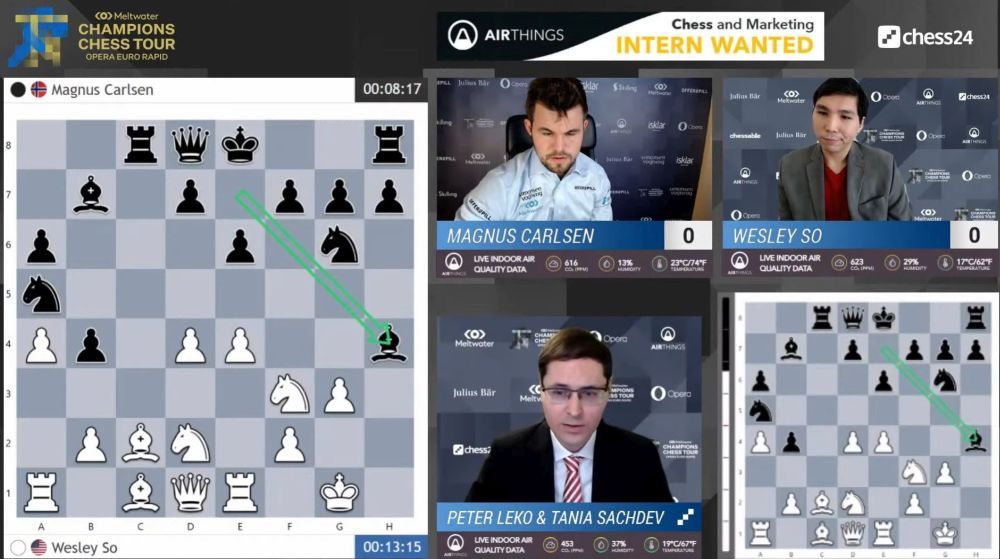 14...Bxh4 is uncalled for. Black neither gets enough compensation nor an initiative to justify the sacrifice. Queen and the lone sniper bishop at b7 were not able to stir up as much trouble as Carlsen would have liked. So played correctly and wrapped up the game in another fourteen moves.

The second game was a well fought draw.

Carlsen got a good chance in the third game but he did not take it. 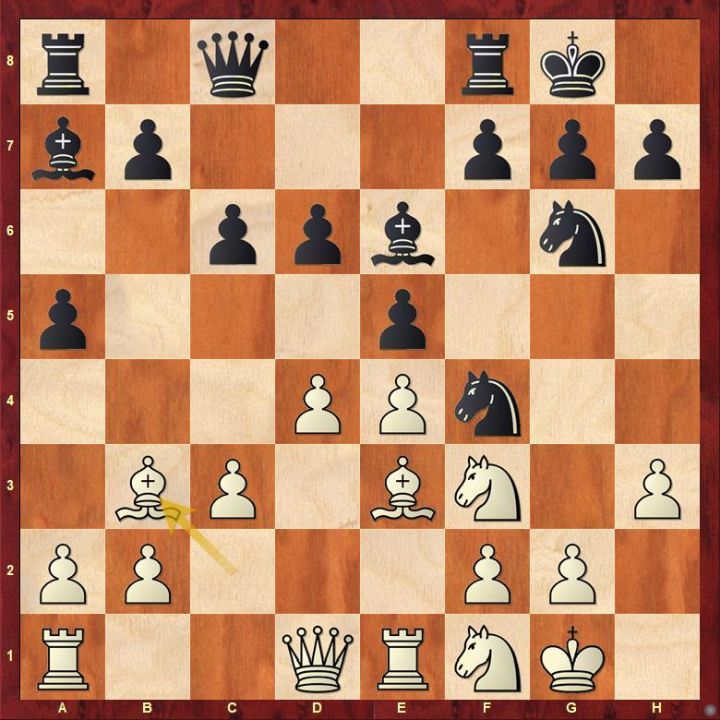 In a post-match interview, Carlsen revealed what he should have done here. Can you find the best continuation for black after 16.Bb3 ? 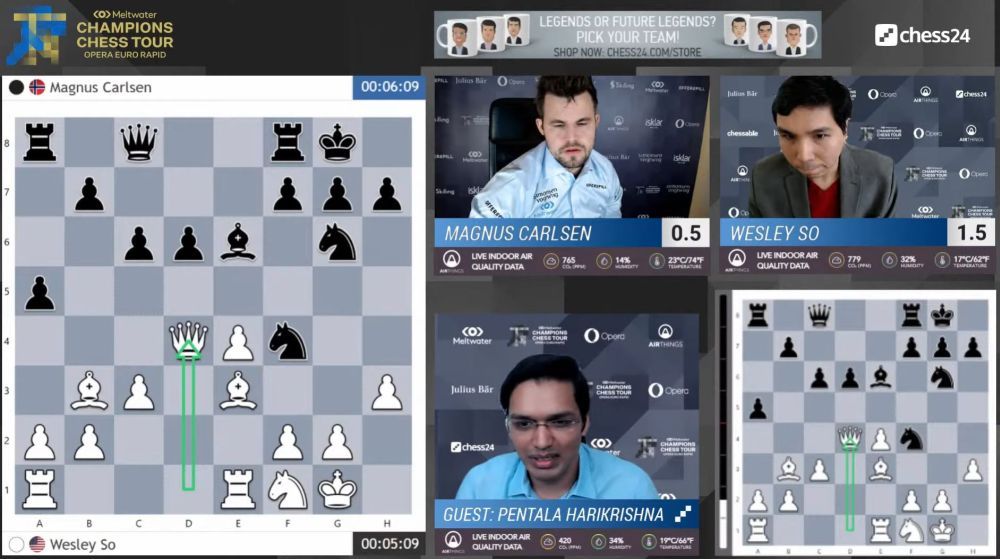 Find out what black should do after 18.Qxd4. White should have played 18.cxd4 and the position would have been fine. The game continued with 18...Bxb3 and it eventually ended up in a draw.

In the fourth game, it seemed like Carlsen could gain the upper hand but he let the advantage slip from his grasp. 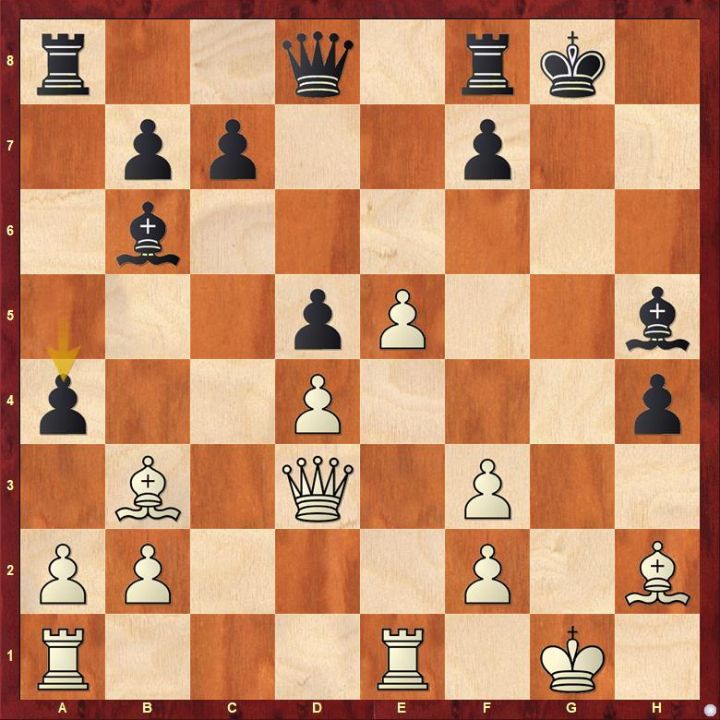 Find out the best continuation for white after 22...a4. Carlsen revealed the move was 'screaming inside his head'. 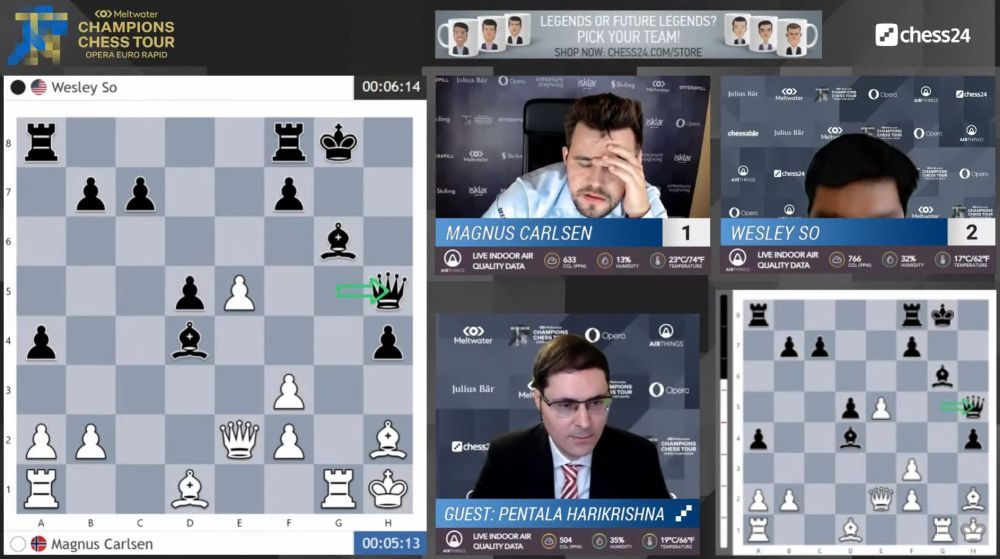 The game went on with 27.Qd2 which was not the best way for white to capitalize the advantage. Find out what was the better way for white after 26...Qh5 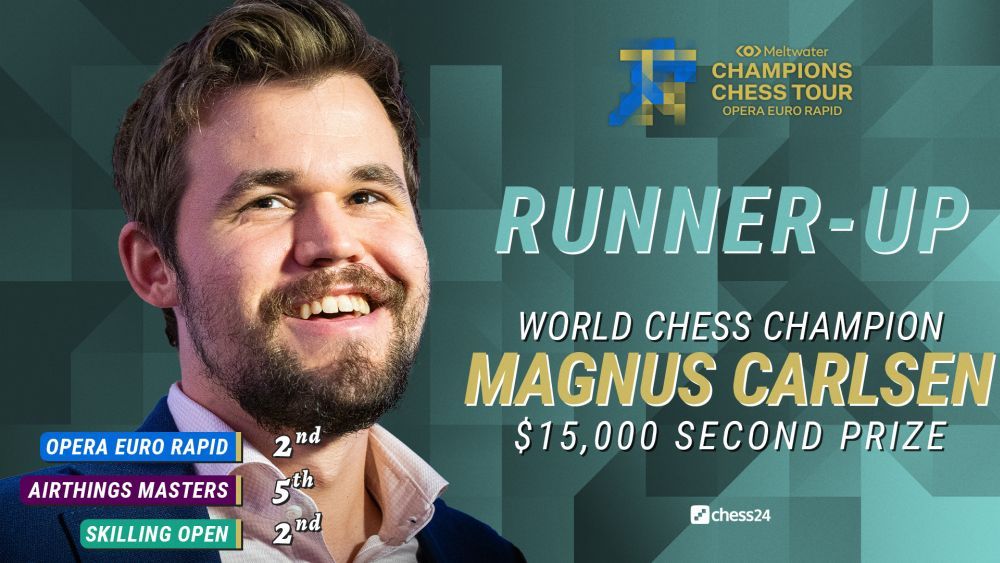 Vachier-Lagrave opted for Dutch Defence and he went wrong early in the opening. 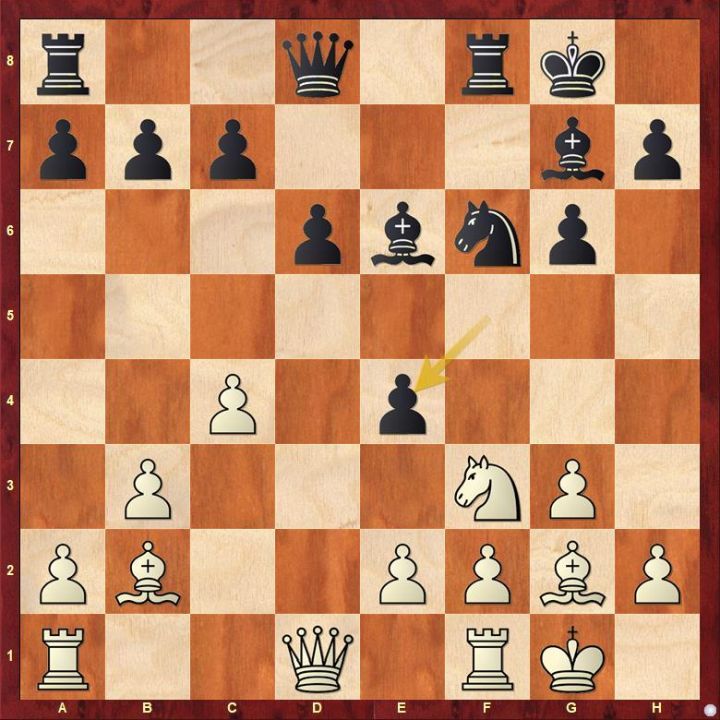 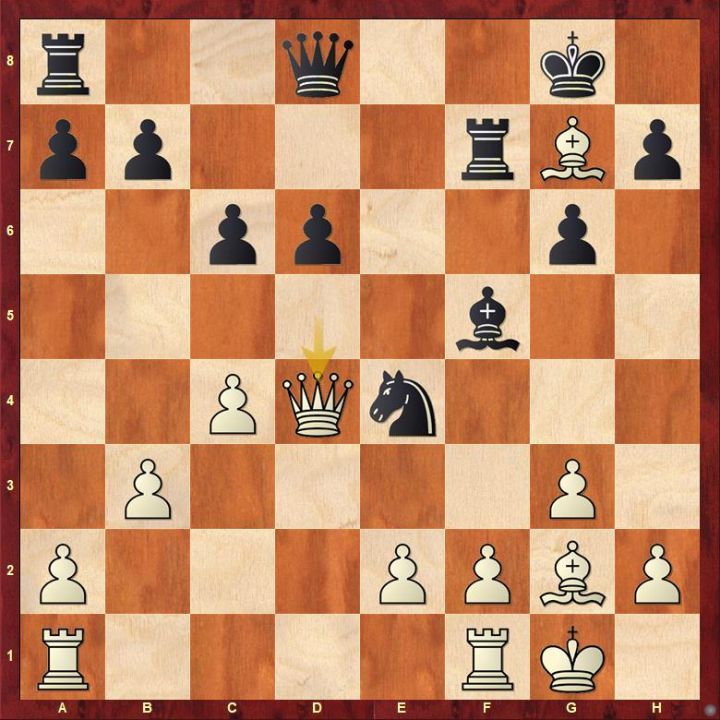 What is the best way for black to recover the lost pawn after 17.Qd4 ? After a few more mistakes, Radjabov got a decisive advantage which he had no trouble converting into a victory. 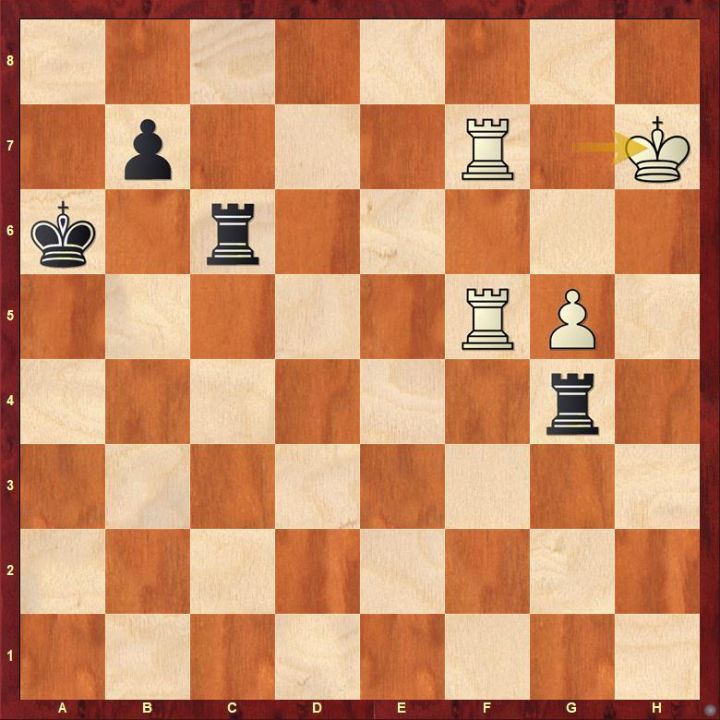 Radjabov erred in the end with 87.Kh7 but Vachier-Lagrave was unable to capitalize on the opportunity and lost the game eventually. What did black miss after 87.Kh7 ?

The second game ended in a bizarre way. In a completely drawn position, Vachier-Lagrave made the only move which he should not make. Thus he lost the game, set and match. Radjabov finished at third place. 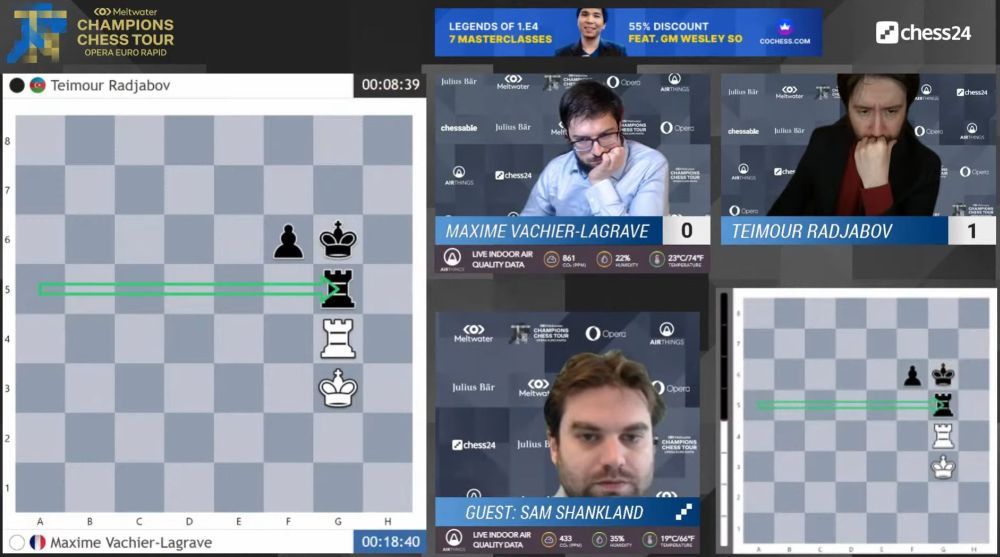 There are various ways for white to make a draw after 45...Rg5 but white played 46.Rxg5+ which is one of the few ways white can lose this game. With over 18 minutes left on the clock, one can only assume that Vachier-Lagrave was tired after losing a 103=move marathon game and maybe he was just not interested in battling further because a draw in game 2 meant he had to win the next two games to force a tie-break. 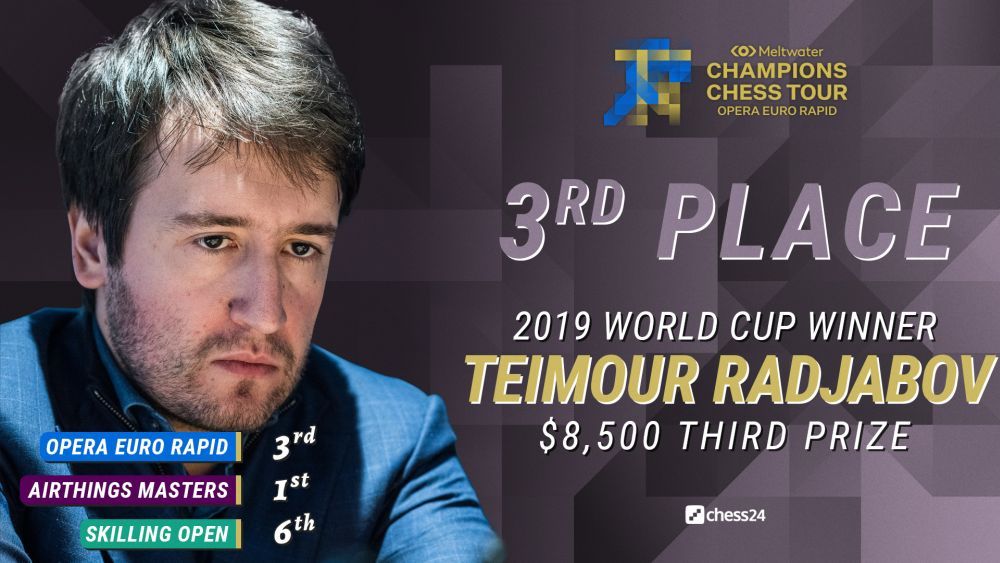 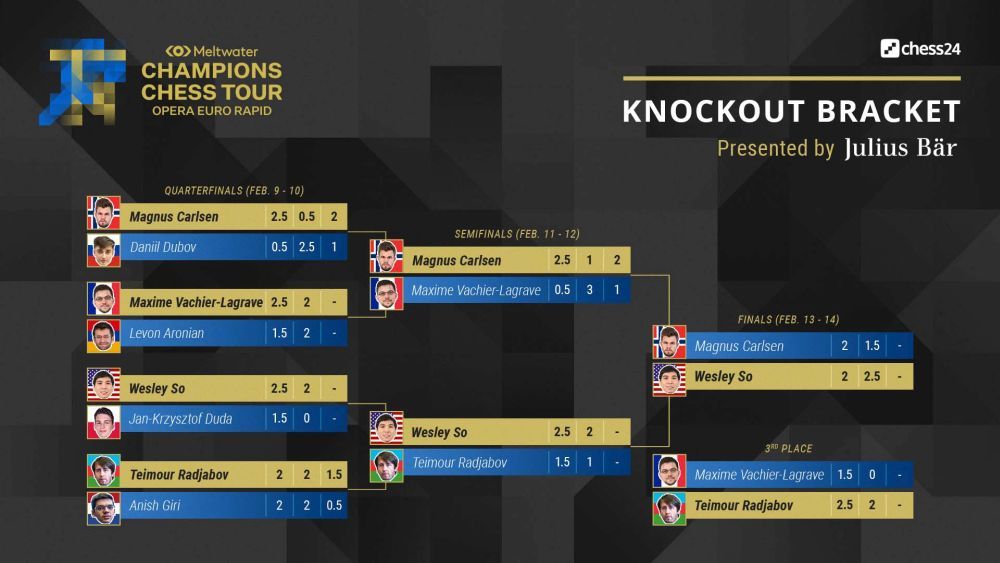 So defeated Carlsen without the need of tie-breaks | Photo: Champions Chess Tour 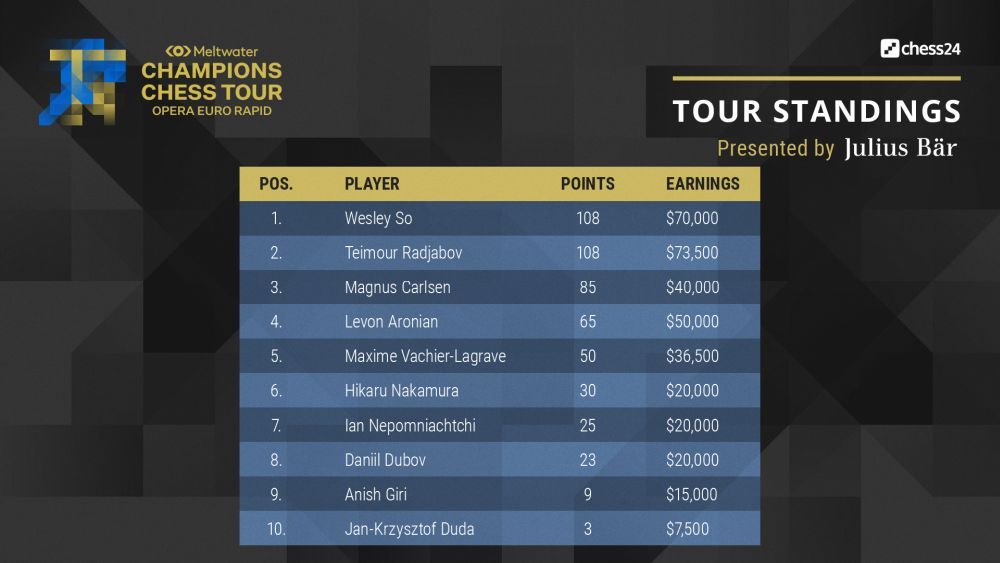 Both So and Radjabov are currently leading the tour standings with 108 points each | Photo: Champions Chess Tour