Meltwater Champions Chess Tour Opera Euro Rapid Day 2 of the prelims witnessed only 45% decisive games. Carlsen drew four consecutive games before beating Nakamura to maintain his sole lead 7.0/10. So and Giri are at the shared second place at 6.5/10. Vidit had fantastic chances against both Nepomniachtchi and Nakamura but he drew them both. Then he beat Dubov convincingly. The only loss came against Ding Liren in the last game of the day. Vidit is now at 4.5/10. Day 3 starts tonight from 9:30 p.m. IST. Catch the live stream with IM Sagar Shah and Amruta Mokal on our youtube channel. Photo: chess24 Live stream

Carlsen drew four games before beating Nakamura in the final game of the day to maintain his sole lead with 7.0/10. So and Giri are in the shared second spot at 6.5/10. Vidit had a fantastic day as he was on the brink of victory against Nepomniachtchi but he could only make a draw. He had a good position against Nakamura too but he let the control go and it ended up in a 156-move marathon draw. Then he made a good comeback and beat Dubov in the next round. Vidit's unbeaten run came to an end after he lost to Ding Liren in Round 10. He finished the day with 4.5/10 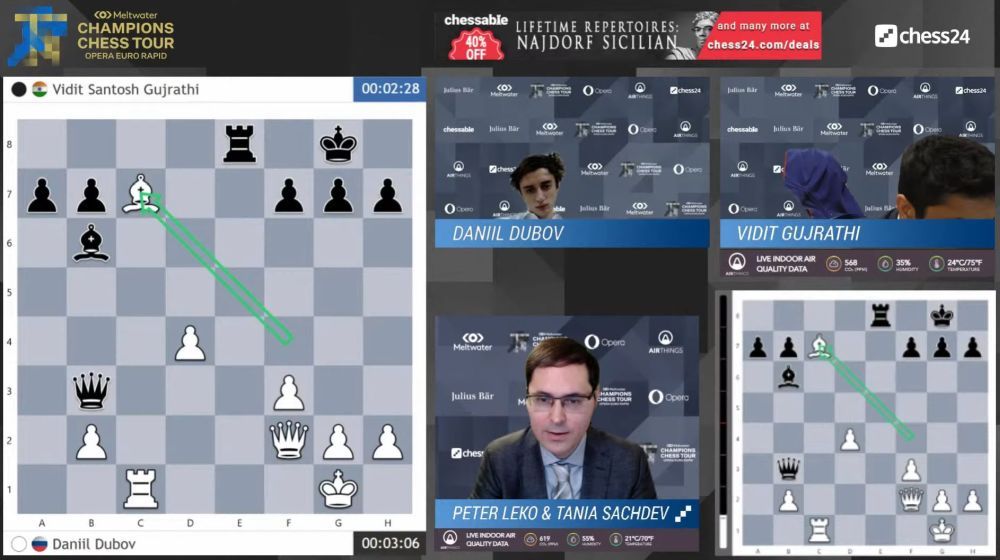 Round 6: Vidit misses against Nepomniachtchi

Vidit was on the brink of a victory against Nepomniachtchi, after the latter blundered in the endgame. 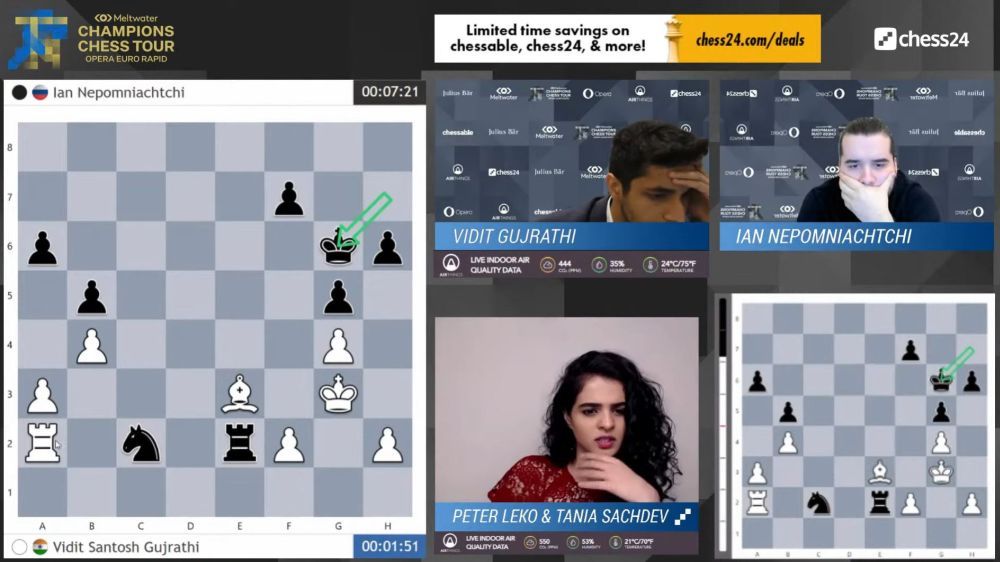 Nepomniachtchi blundered with 35...Kg6. Find out the winning continuation for white. 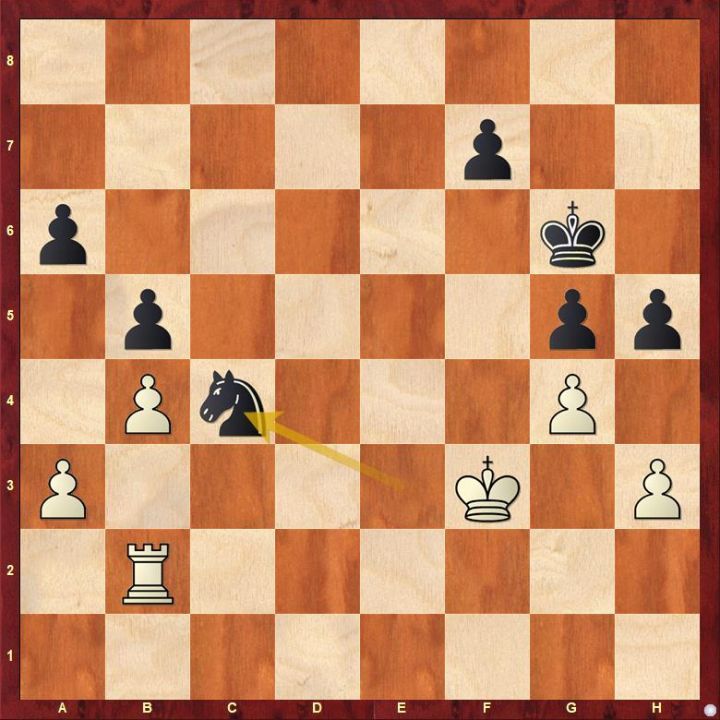 Which is the best place for white to move the rook? Vidit made a mistake and went for the passive defence 40.Ra2 which is less than ideal. The game eventually ended up in a draw in another 47 moves.

Grischuk put his own rook in a difficult position and fell into simple tactics. 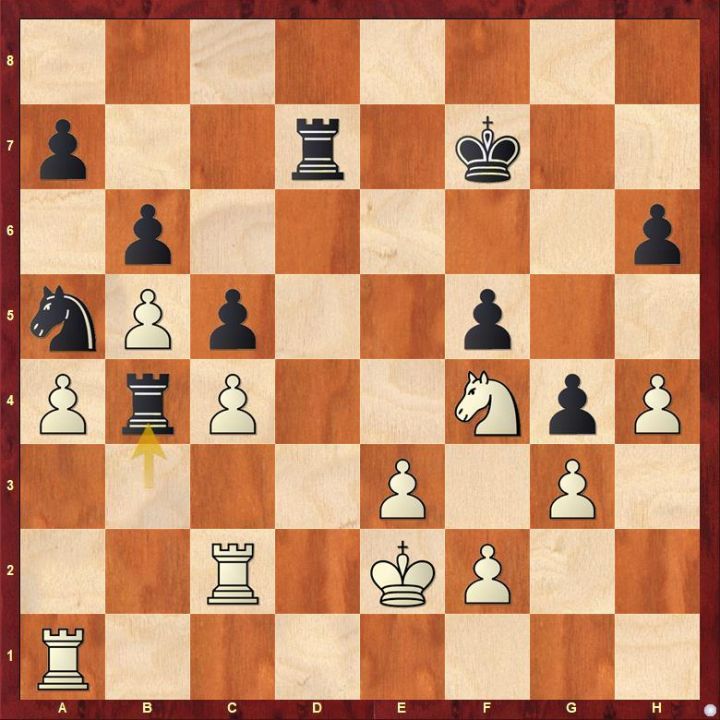 36...Rb4 allowed white to gain material with ease as 37.Nd3 threatens the b4-rook as well as Ne5. Eventually Ding Liren was unable to maintain his advantage, he allowed Grischuk to get back in the game and gain the upper hand. After missing an easy win on the 56th move, Grischuk won the game eventually after another 18 moves.

Vachier-Lagrave scored a fine victory over Leinier where showed a model game on how to win utilizing an outside passed pawn.

So made a short work of compatriot Shankland in just 25 moves after the latter misjudged the Fischer random world champion's onslaught on the kingside. 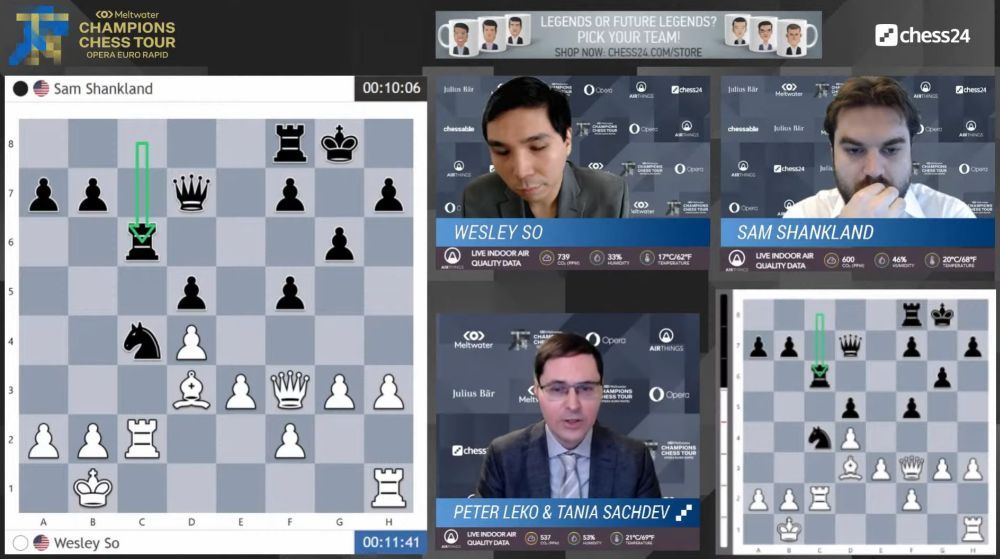 20...Rc6 actually underestimates white's attack on the kingside. Why?

Bluebaum beat Aronian with a fantastic display of technique in the endgame.

Round 7: Vidit held Nakamura to a draw

Bluebaum had a completely winning position in the final parts of the endgame but he missed it and Dubov salvaged a draw. 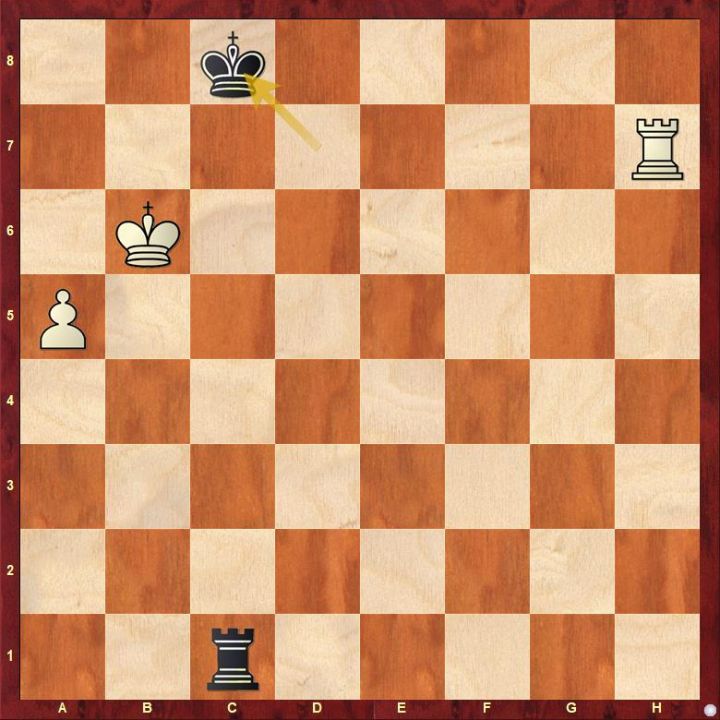 In a completely equal position, Dubov blundered with 69...Kc8. Find out the winning continuation for white which Bluebaum missed in the game.

Shankland missed an opportunity to take the initiative in the middlegame against Aronian. 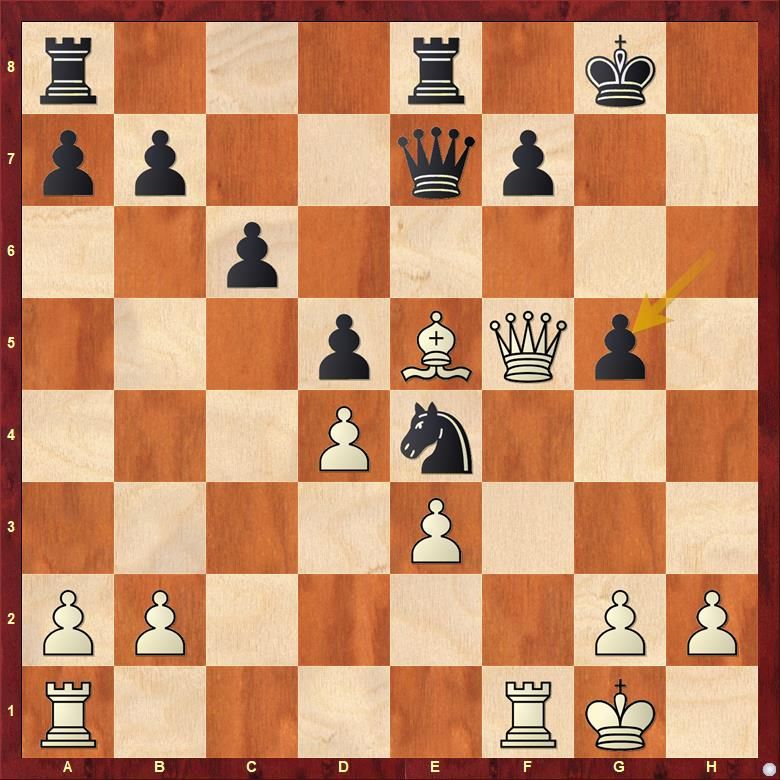 How should white continue the attack on kingside after 22...hxg5 ? 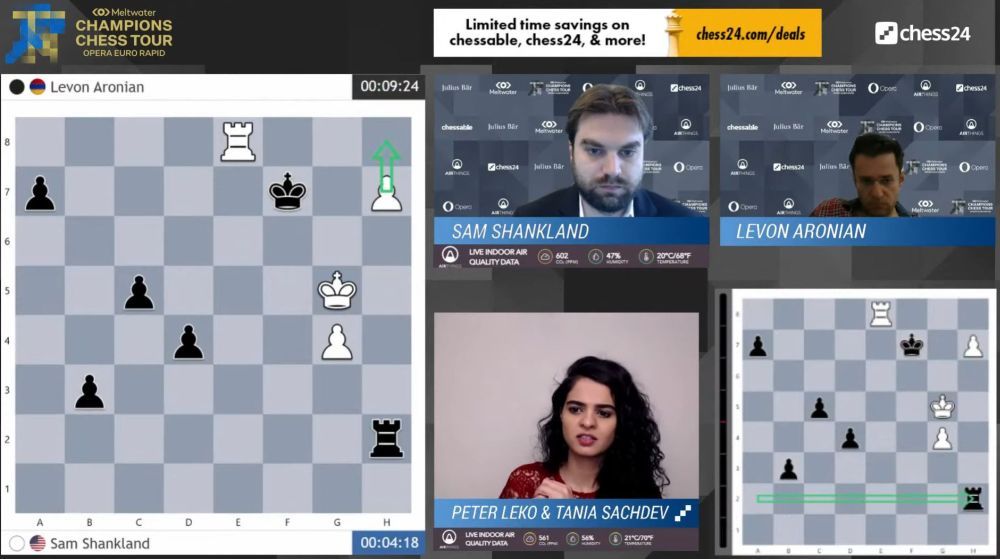 The game reached to a very interesting endgame where both players needed to play accurately. It turned out that three connected passed pawns proved to be stronger than the rook. 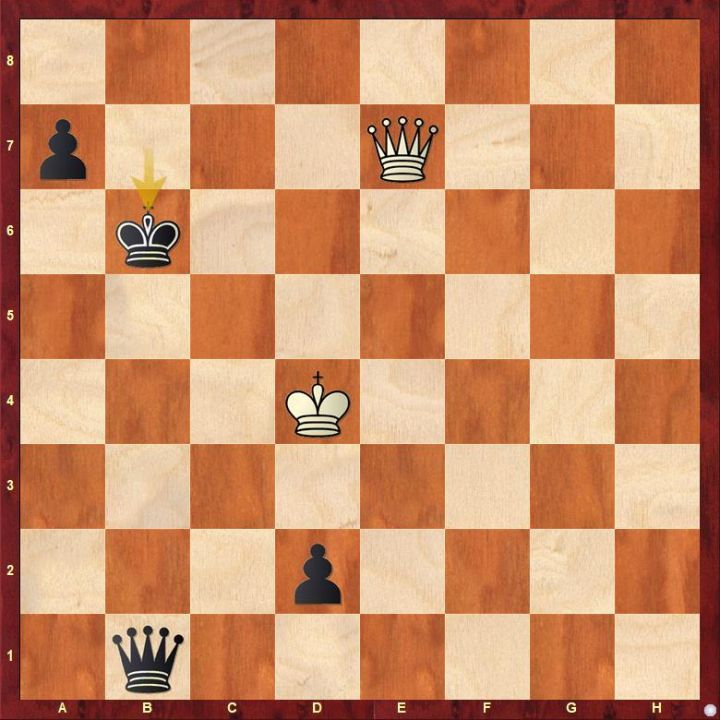 However after a couple of inaccuracies by Aronian allowed Shankland to go for a draw except he missed it. Find out how white can save the game after 58...Kb6.

So took a poisoned pawn overlooking Leinier's tactical threats which cost him one pawn too many and he eventually lost the game. 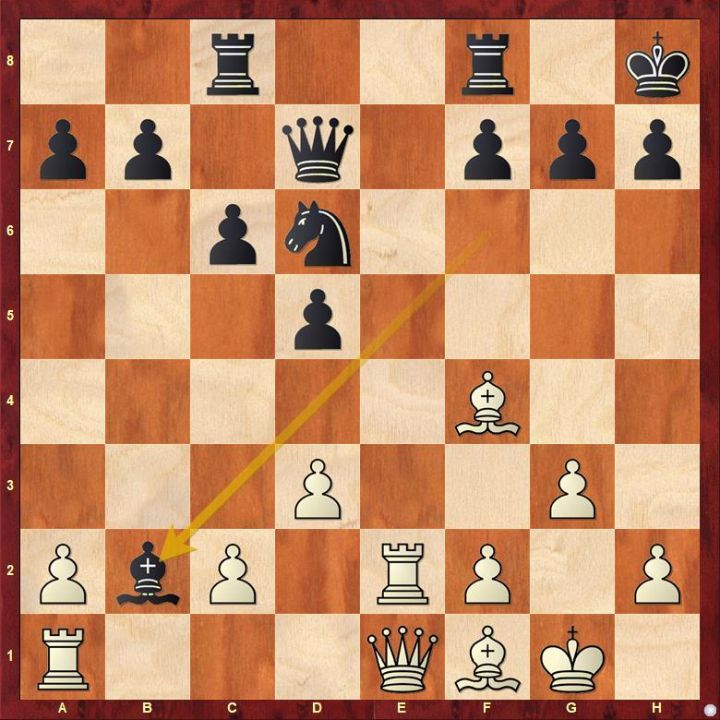 Duda got a good opportunity in the middlegame against Vachier-Lagrave but he missed it and eventually it ended up in a draw. 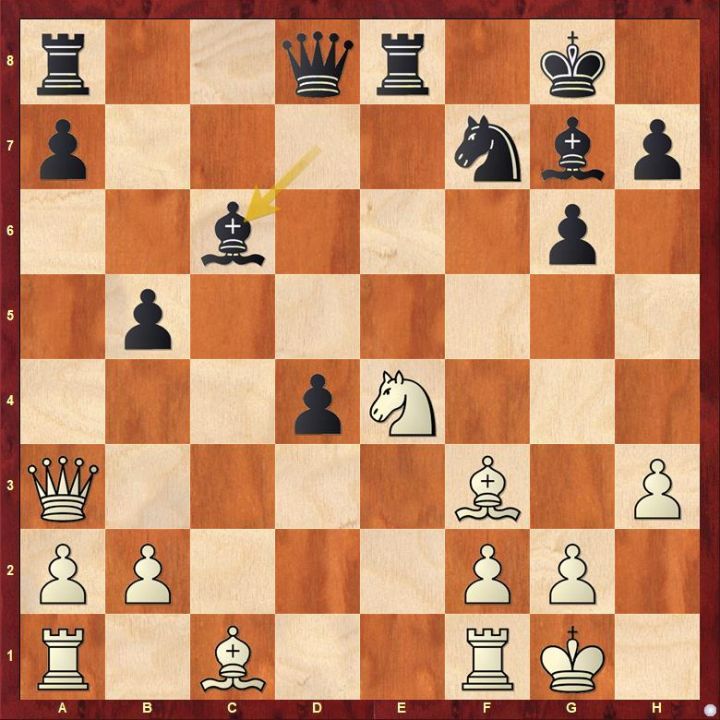 The game continued with 22.Ng5 but that was not the best continuation. Find out the better idea for white here.

Grischuk made a solid draw with Carlsen.

In an already difficult position, Ding Liren made an incorrect pawn push which worsened things for him against Giri. 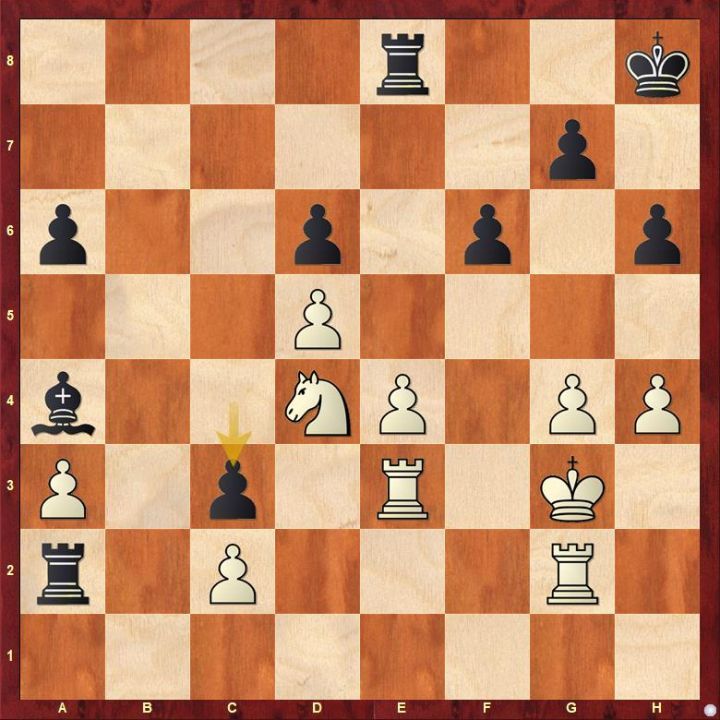 Vidit got a completely dominating position against Nakamura. 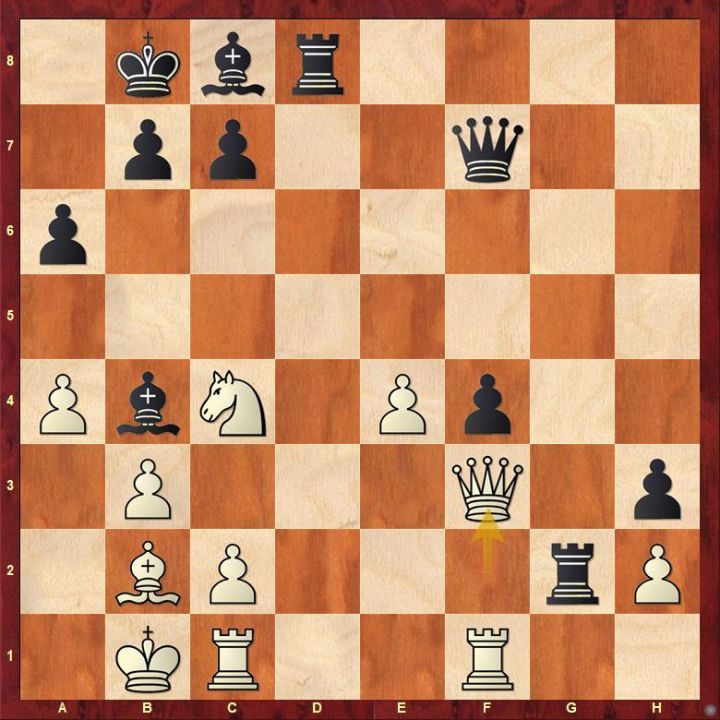 It is evident that black is in complete control but what should be black's plan after 35.Qf3 ? Vidit lost his advantage and Nakamura soon got a better position but Vidit bounced back and equalized the position. 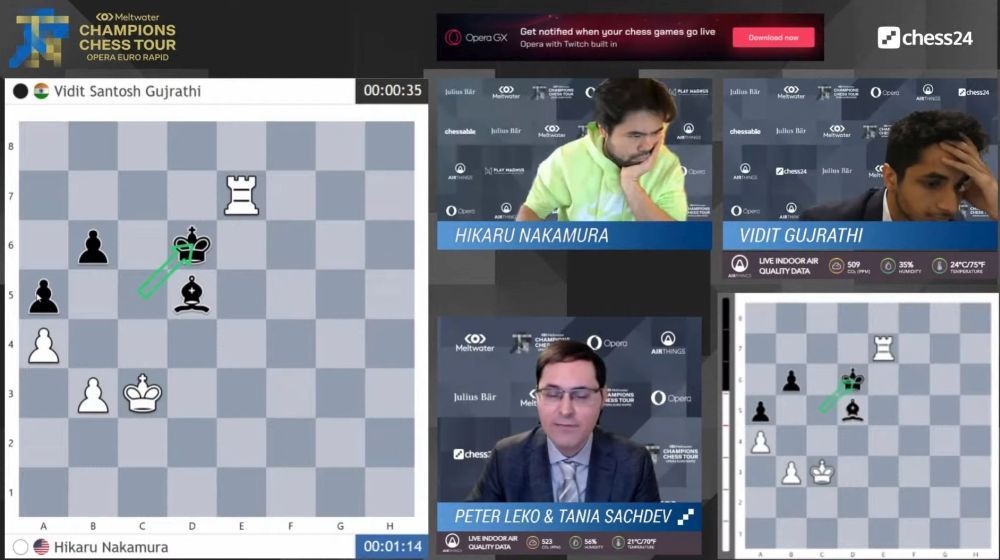 Vidit put up a staunch in the Rook vs Bishop endgame and held his own for 99 moves to salvage a draw.

Round 8: Dubov loses to Vidit

Dubov made an incorrect decision and pinned his own pieces in peril. 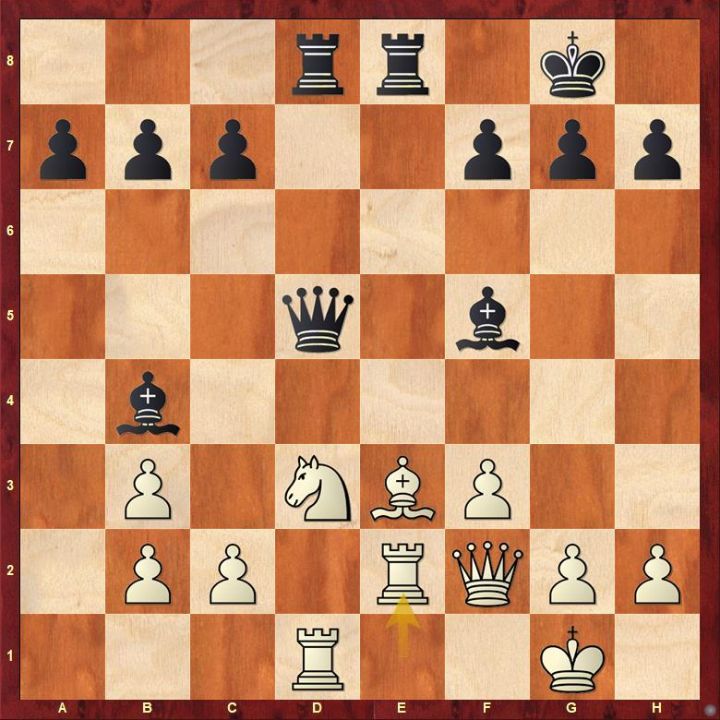 Dubov's final mistake in the game was 24.Bxc7. Find out why.

Duda caved in a seemingly equal endgame against So. 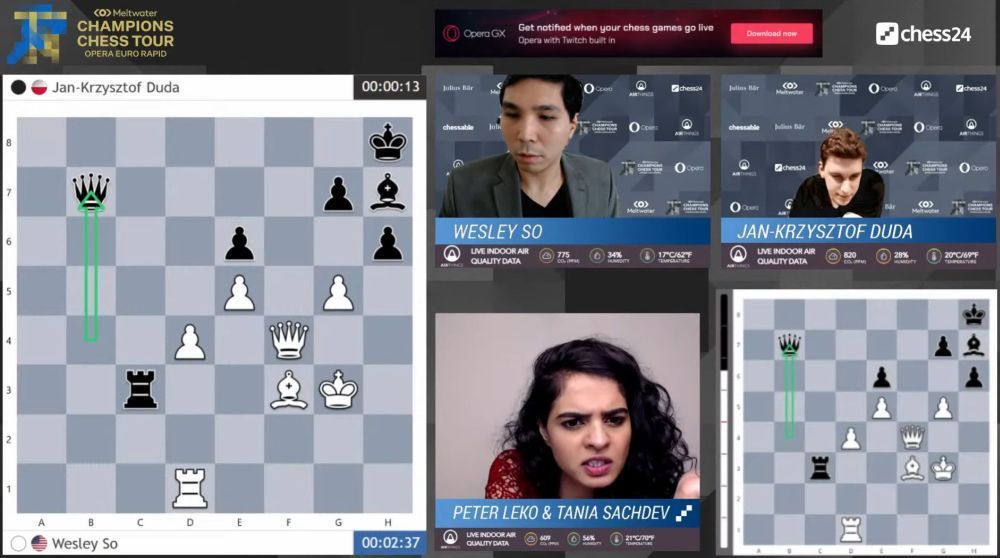 Aronian showcased brilliant technique in the endgame to beat Leinier.

Shankland made a strong comeback from a loss by beating Bluebaum in just 30 moves. 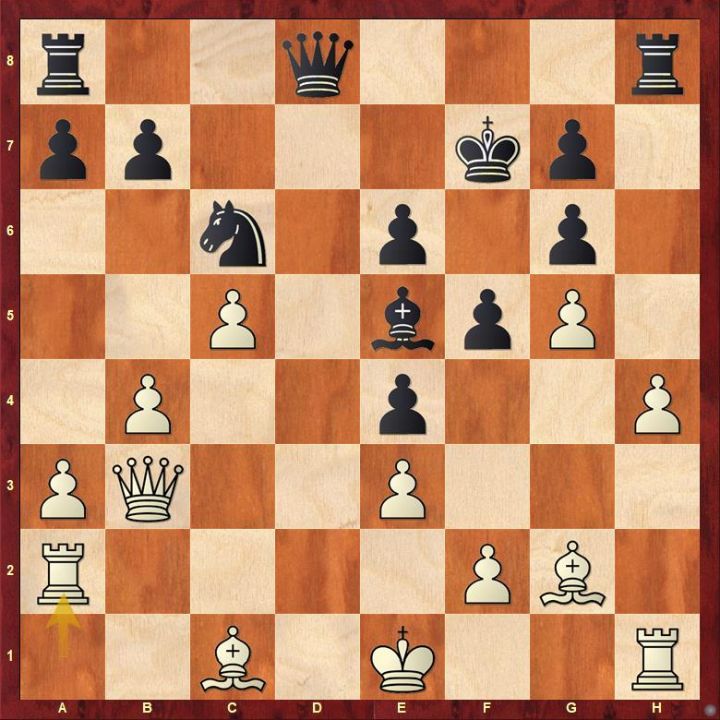 Can you think like Shankland and find the best continuation for black after 19.Ra2 ?

Giri punished Vachier-Lagrave for his bold decision of doing long castle in an absolutely volatile position. 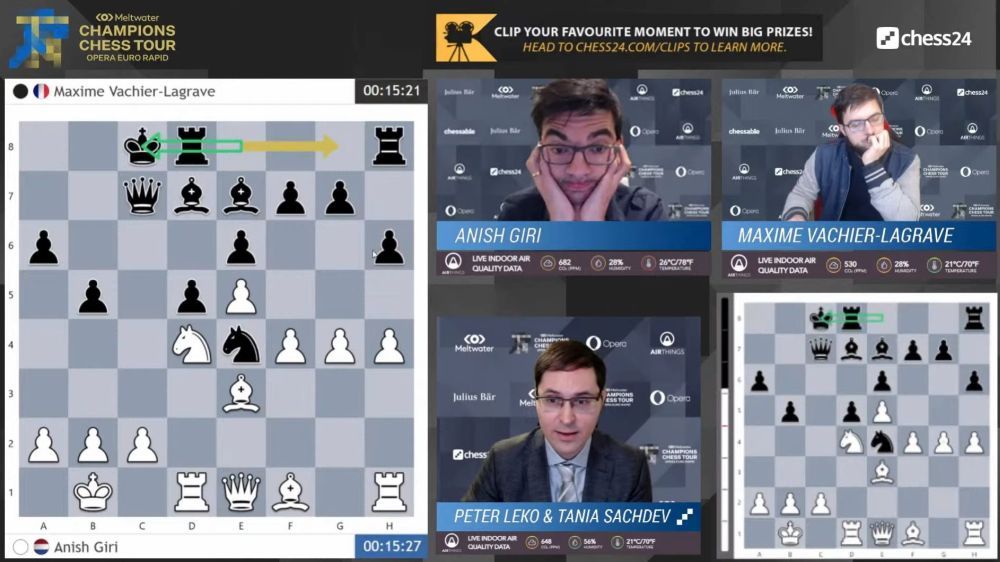 Find out the correct plan for white. Soon Giri got decisive advantage. 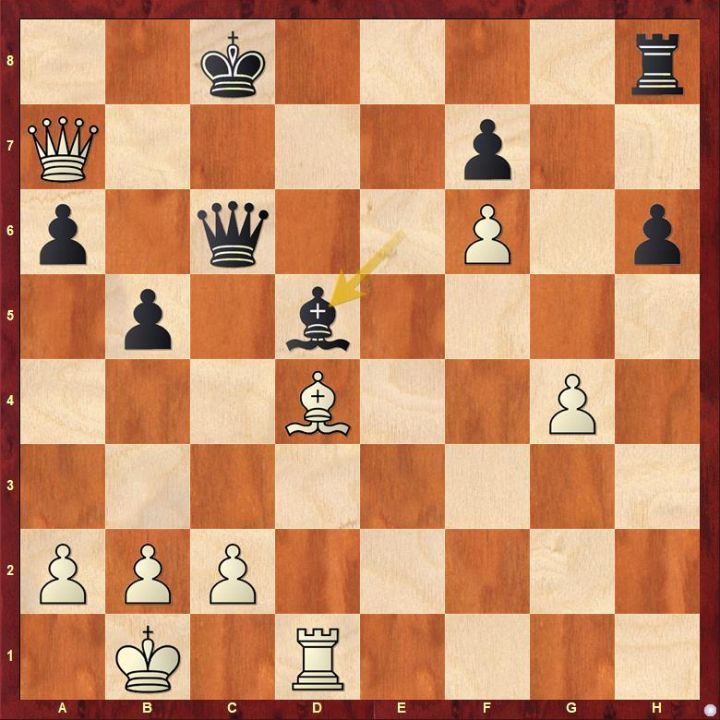 The game went on with 32.Bb6. However there was a better plan for white. What was it?

Nepomniachtchi despite getting a good position, could only managed to make a draw against Carlsen.

Nakamura beat Ding Liren in a topsy-turvy battle. Ding Liren eventually trapped his own at the end.

Vidit made a quiet draw with Radjabov.

Vidit went wrong early in the opening against Ding Liren and got himself in a worse position. 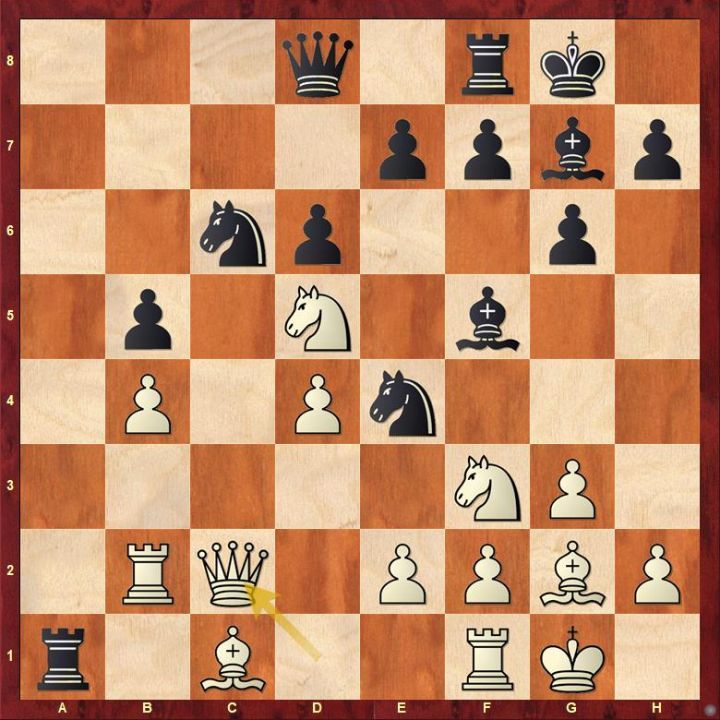 15.Qc2 is a big mistake as there are a lot of things happening for black but which is the correct continuation for black? 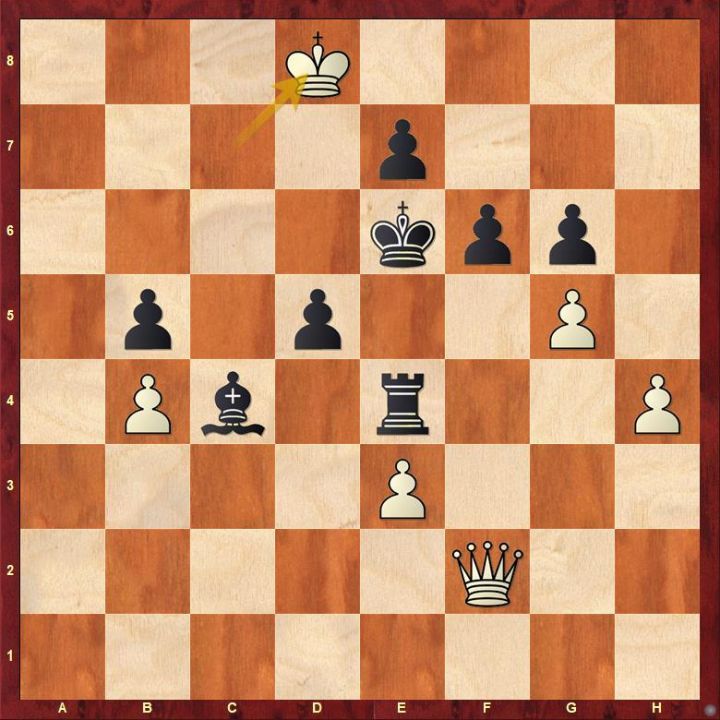 White is trying to outflank black with 46.Kd8. Find out how should black prevent it. Vidit made a mistake and played 46...fxg5, thus the position became doomed to fall for black.

Nakamura weakened his position against Carlsen despite having a chance to reduce the attack. 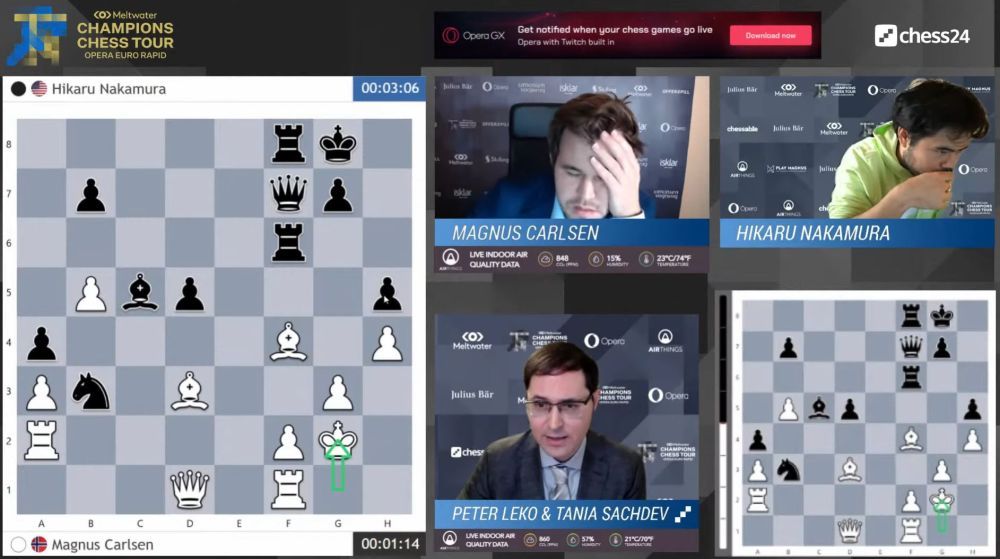 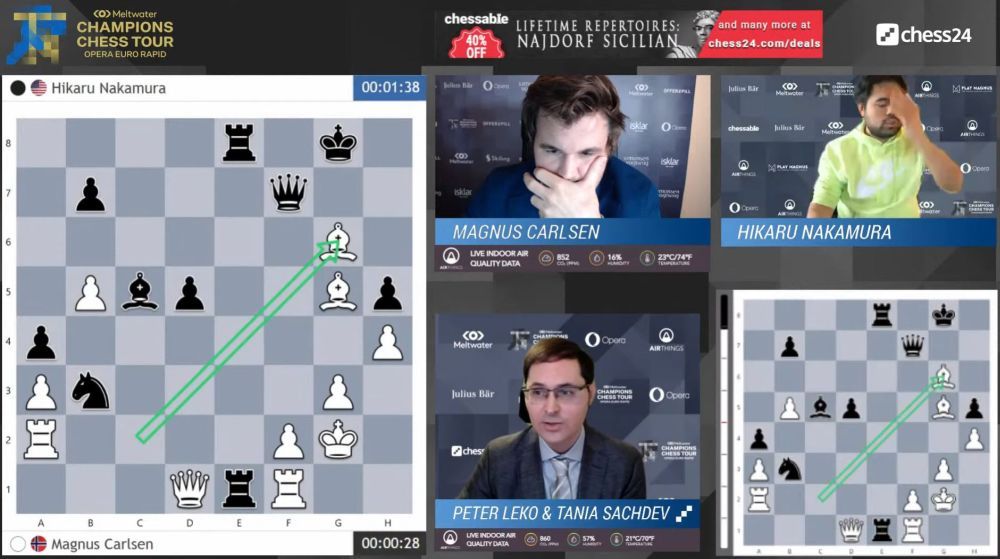 Leko during live commentary said why 32...Re1 doesn't work and Nakamura played it almost immediately after that. 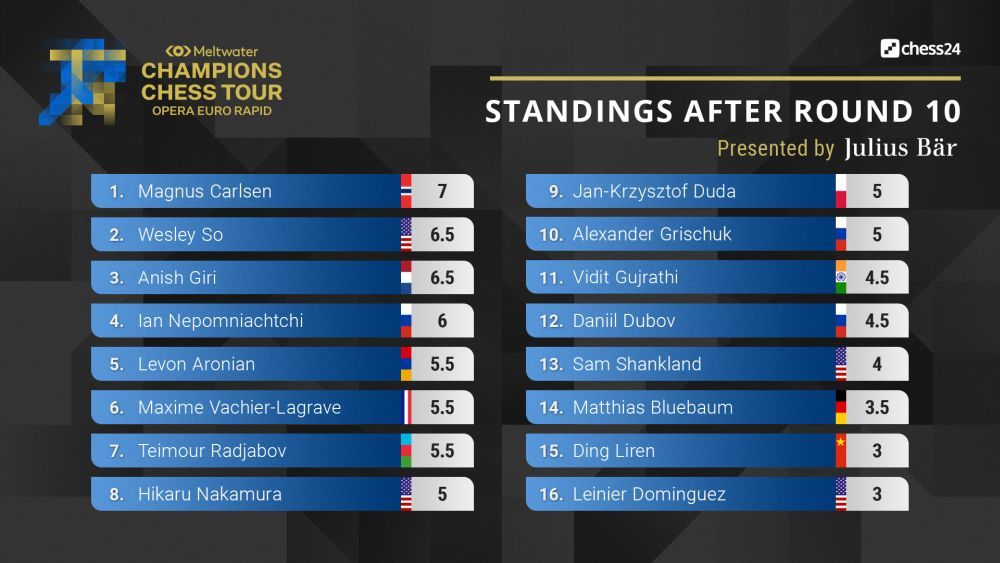 Carlsen is still in the sole lead with 7.0/10 | Photo: Champions Chess Tour