Skilling Open SF Day 2: So sets up a clash with Carlsen in the Finals

Nepomniachtchi and Nakamura couldn't replicate their Quarter-Final comebacks and crashed out of the Champions Chess Tour Skilling Open. Although Nepomniachtchi started the day with a win over Carlsen, he couldn't continue the momentum as he lost the second game immediately. Meanwhile, Nakamura was completely lost in the first two games and somehow managed to salvage a draw in both of them. Carlsen and So had no trouble in making a draw in their last two games. Carlsen and So will face each other in the finals for the first time since they faced each other at Saint Louis Rapid and Blitz Online 2020 where they became co-champions over two months ago. Photo: chess24 live stream

Carlsen and So continue their momentum

Nepomniachtchi made a perfect start result-wise but it was not perfect in terms of play as he had a losing position before Carlsen blundered and he won the first game. The world champion immediately struck back and delivered the equalizer. The Russian couldn't get back in the third and fourth game, thus he had got eliminated. Nakamura was completely out of his element as he barely managed to escape with a draw in the first two games from a completely lost position. Third game was an uneventful one and in the fourth game, Nakamura tried too hard and the Fiscer Random Official world champion got a winning position but repeated moves as draw was enough to advance to the Finals.

Carlsen got a winning position in the first game, he blundered and allowed Nepomniachtchi to score a win. 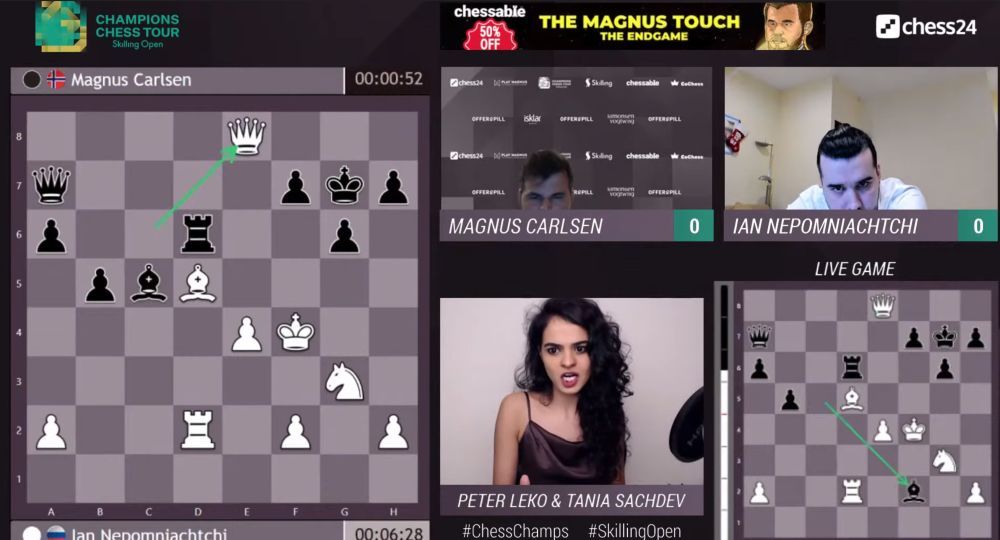 31.Qe8 is not the best move as that allows black to get some decisive advantage. How?

Carlsen struck back immediately in the next game when Nepomniachtchi made a tactical error in a seemingly equal Queen endgame. 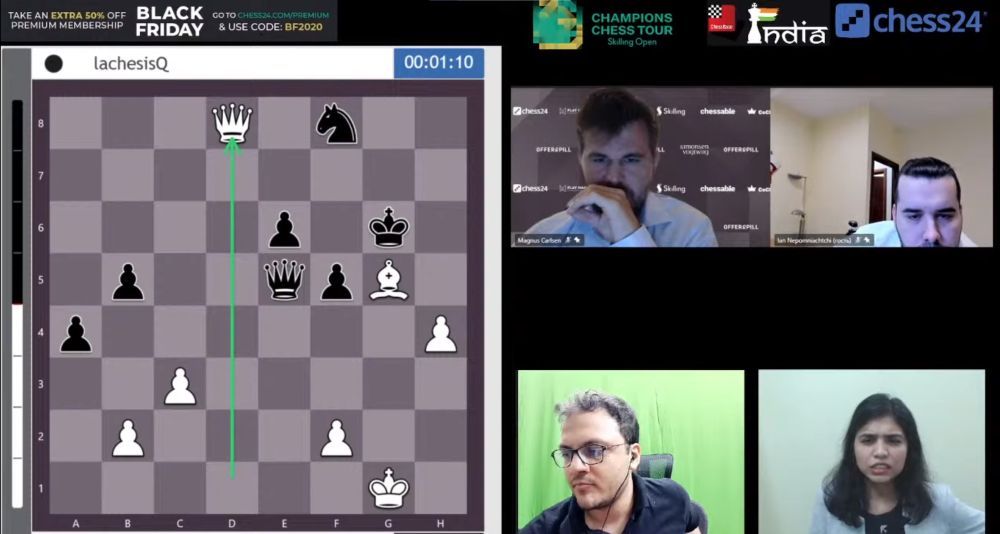 Find out how should black defend the knight at f8. Nepomniachtchi played 41...Qg7 which is certainly not the best move and lost the game.

Not a lot of things happened in the third game. However there was one position where Carlsen could have pushed for more. 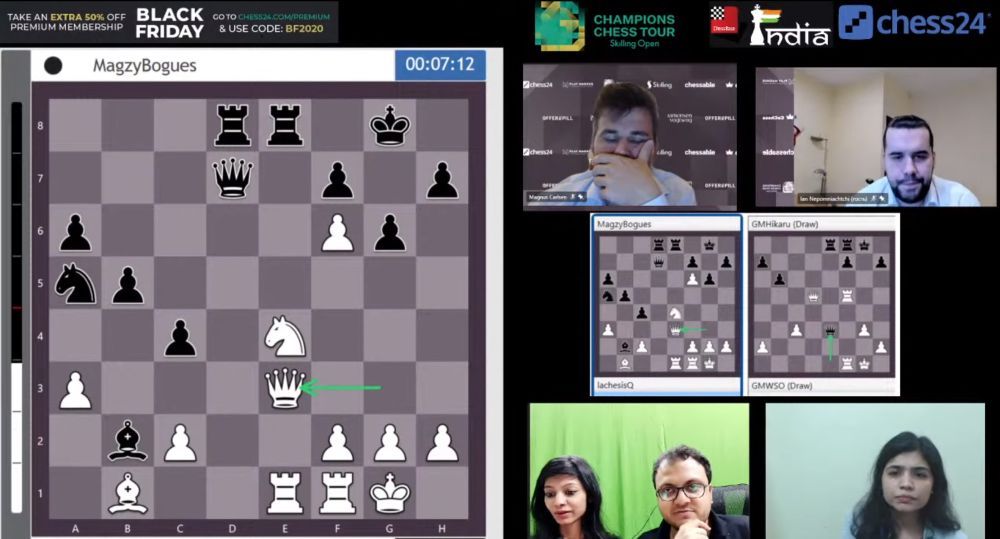 The game continued with 24...Rxe4. Was there something better for black?

The fourth game between Carlsen and Nepomniachtchi was a short draw. Although the final position was in Carlsen's favor.

Carlsen on facing So in the Finals, "He is very strong. When he is at the top of his game, it's very hard to find any obvious weaknesses. So he is just very very strong. Sometimes he is a bit on his own head, that's the only thing that can hurt him." He also added, "...as I said, he is a tough opponent. He is one of the people that I find most difficult to play against 'cause he rarely makes neither tactical nor positional mistake. So he is just very very strong and I'll have to be on top of my game."

So got a fantastic position against Nakamura in the middlegame. He had a decisive advantage but he let his opponent slip and salvage a draw by perpetual in the end. 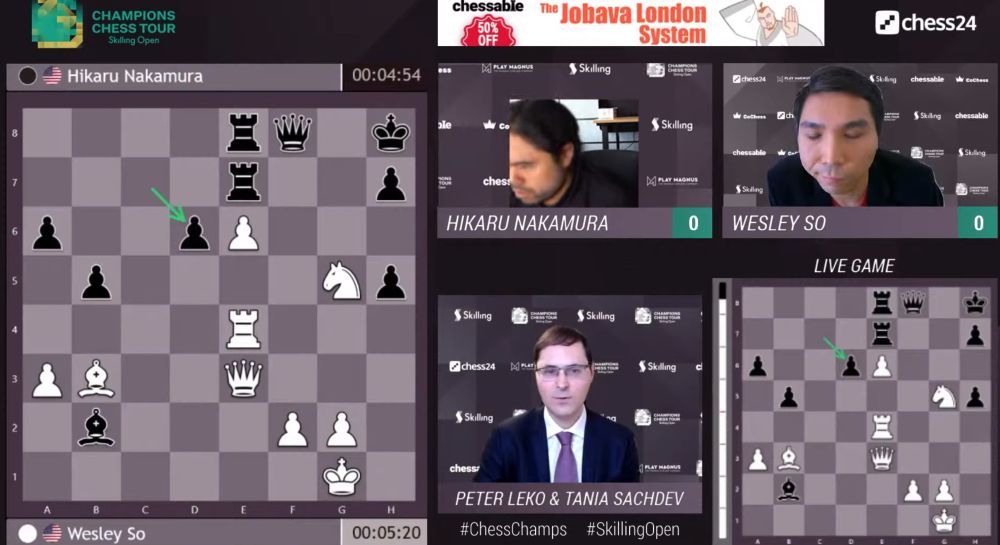 What is the best continuation for white after 30...cxd6 ?

Nakamura once again got into deep trouble in the second game. 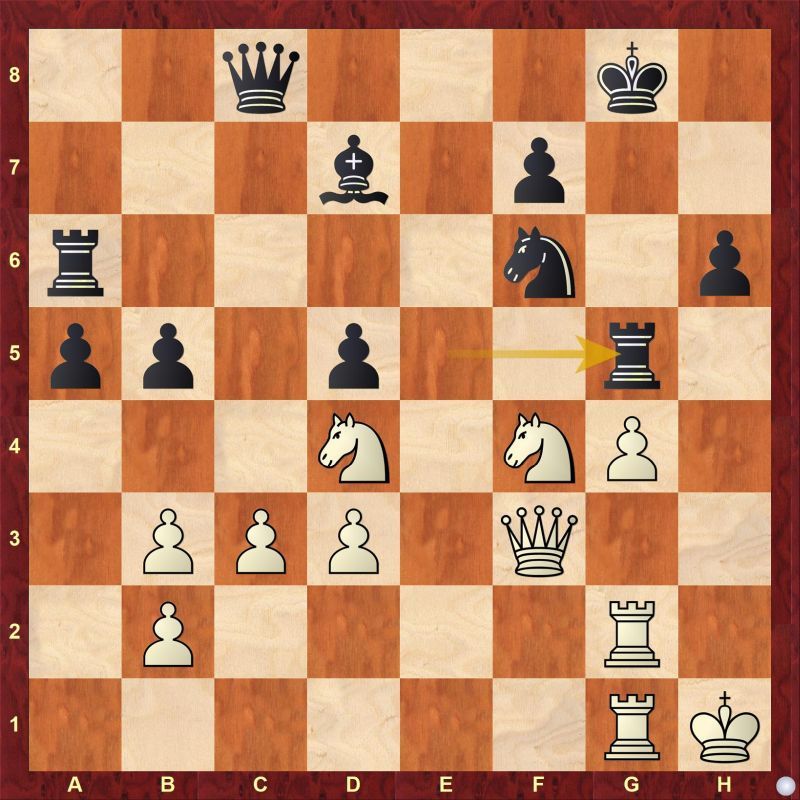 White is about to lose the g4-pawn and there is no way for white to defend it. How should white react? White decided to play 27.Nh5 which landed him into deep trouble.

What is the best continuation for black after 36.Kh1 ? Despite missing the opportunity initially, So did it after a couple of moves but still he didn't execute it properly. 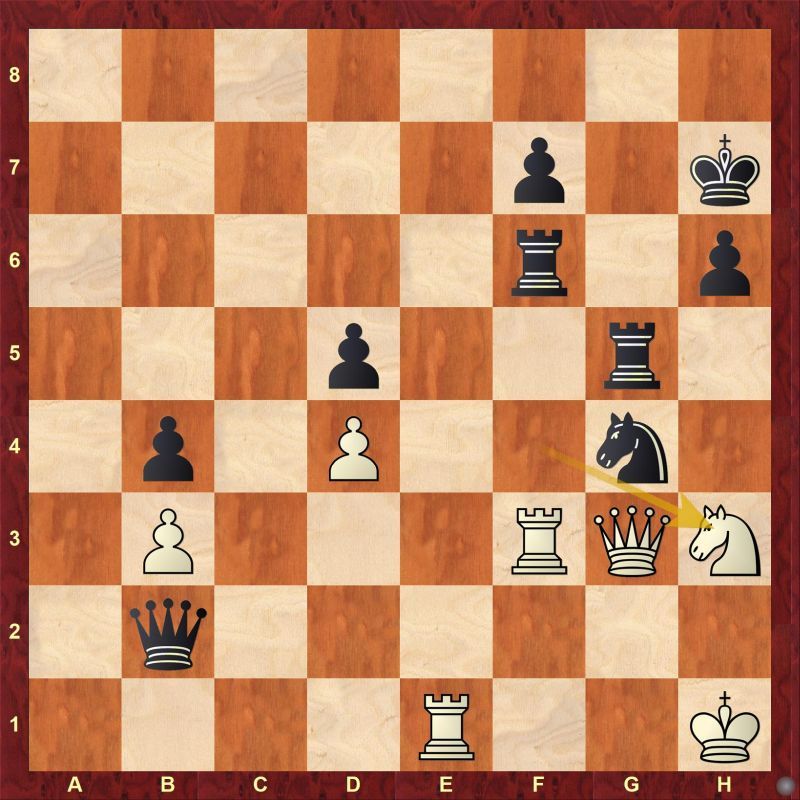 Black got chance to go for a win. Find out the winning continuation for black after 41.Nh3. Nakamura once again managed to salvage a draw from a completely lost position as So couldn't capitalize all the opportunities he was presented.

The third game between Nakamura and So was a short draw.

Nakamura tried too hard in the fourth game and he arrived at a lost position in the end. So repeated moves as a draw was sufficient for him to advance to the Finals.

Replay all Semi-Final games from Day 2