Arjun Erigaisi continued his fantastic momentum on the second day of the Meltwater Champions Chess Tour Goldmoney Asian Rapid. He beat Vidit, Hou Yifan and drew with Firouzja, taking his score to 5.5/10, just a half point behind Carlsen and Giri. Gukesh also had a great day as he beat Vidit and Hou Yifan, drew with So and Arjun. Vidit had a tough day as he lost two consecutive games but he made draws against Ding Liren, Aronian and Firouzja. Adhiban registered his first victory of the event against Salem Saleh. If Arjun continues his form, he is very likely to advance to the Quarter-Finals. Round 11 starts today at 4:30 p.m. IST.

For the second consecutive day, Giri made a queen sacrifice. Once again he was completely winning but this time he missed a beautiful combination and Carlsen managed to escape with a draw. The world champion once again started the day with a loss against the eventual leader Aronian. Both Aronian and Ding Liren are still unbeaten and leading the prelims 7.0/10 each respectively.

Vidit held Ding Liren to a draw. Gukesh and Arjun made a draw with each other.

Aronian made a fantastic positional squeeze which became more effective due to Carlsen's inaccuracies. 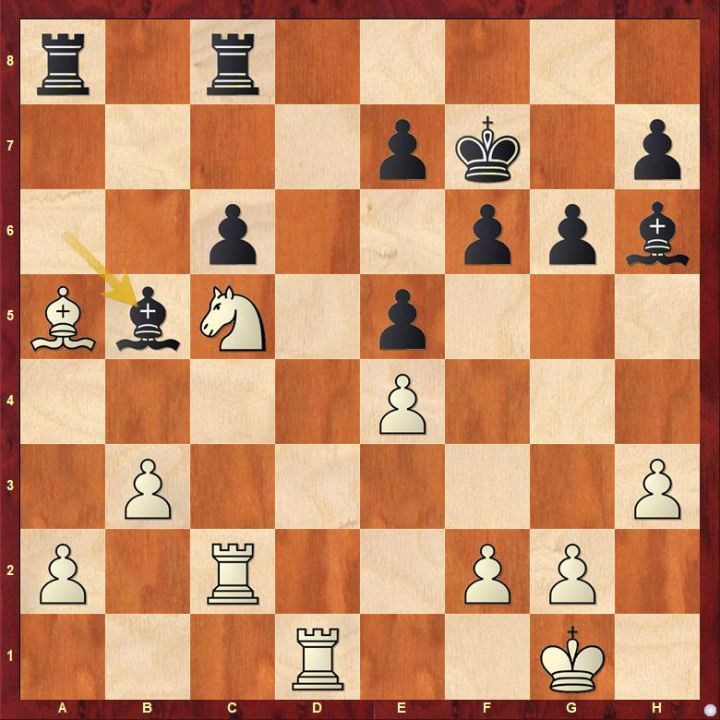 Black needed to play 28...Be2 and force a bishop exchange. 28...Bb5 only allowed White to consolidate on the queenside 29.b4 with a4 to follow. Black's dark square bishop is stranded on the wrong side of the board, away from the action. Aronian masterfully converted his advantage into a full point because he thrives in these type of positional advantage.

Levon Aronian: "The game against Magnus was good!" | Video: chess24

Vidit made a solid draw with Ding Liren.

Gukesh and Arjun had a well-fought draw.

Gukesh scored a fantastic win over India no.3. Arjun Erigaisi and Adhiban lost to Aronian and Hou Yifan respectively.

Arjun held his own very well against Aronian. 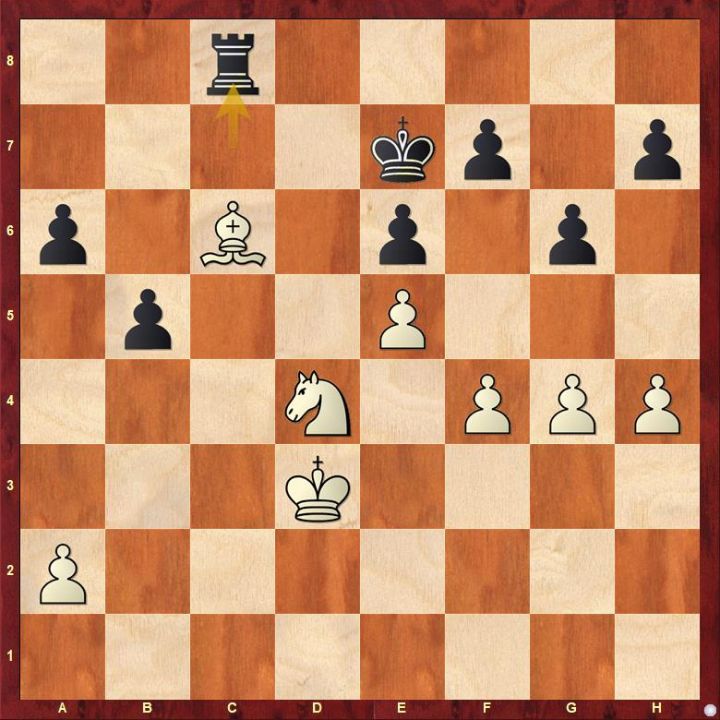 White could have gone 34.Bb7 Rc4 35.Bxa6 Ra4 36.Bxb5 Rxa2 37.f5. The idea is to eliminate the possibility of a pawn breakthrough by Black and hold the position which should not be too difficult for White to make a draw. However, Arjun played ambitiously as he wanted to win, and it eventually cost him the game. It is a good sign that Arjun is trying to make the most of his opportunities instead of taking a draw which wouldn't have been a bad practical decision. 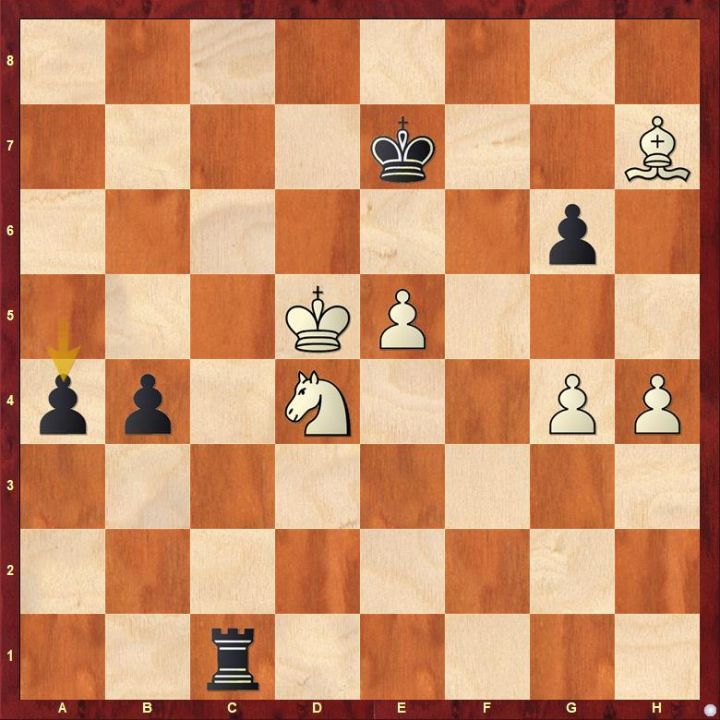 White is still very much in the game and can make a draw. How? White blundered 44.h5 and it was over for White.

Vidit had a momentary lapse in concentration and just blundered a piece in one move.

Here White blundered the knight 33.Ng3. After 33...Qxg3 it's completely winning for Black as White has no compensation for it. 33.Re2 or Ng5 are perfectly okay continuation for White.

Adhiban at one point in the middlegame had a very promising position against Hou Yifan. 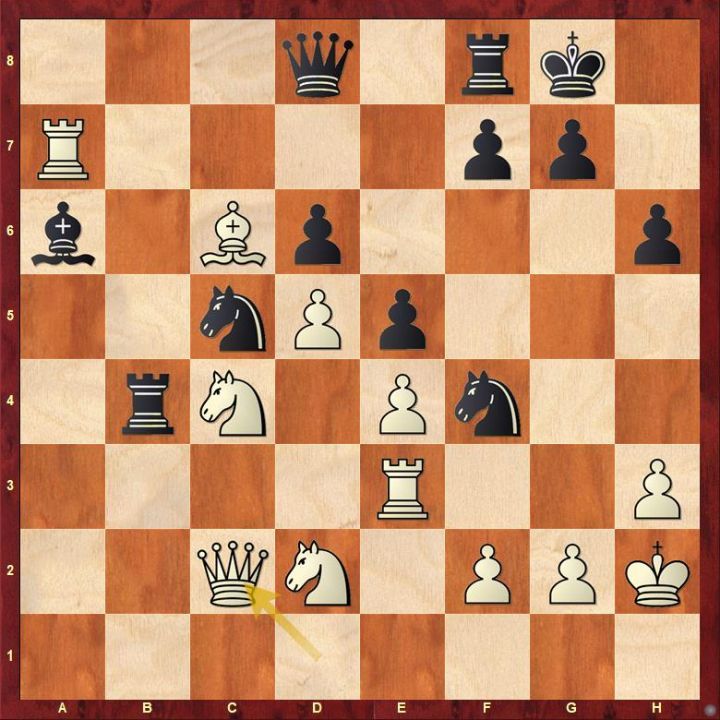 Game of the round and arguably the game of the day was between Carlsen and Giri. 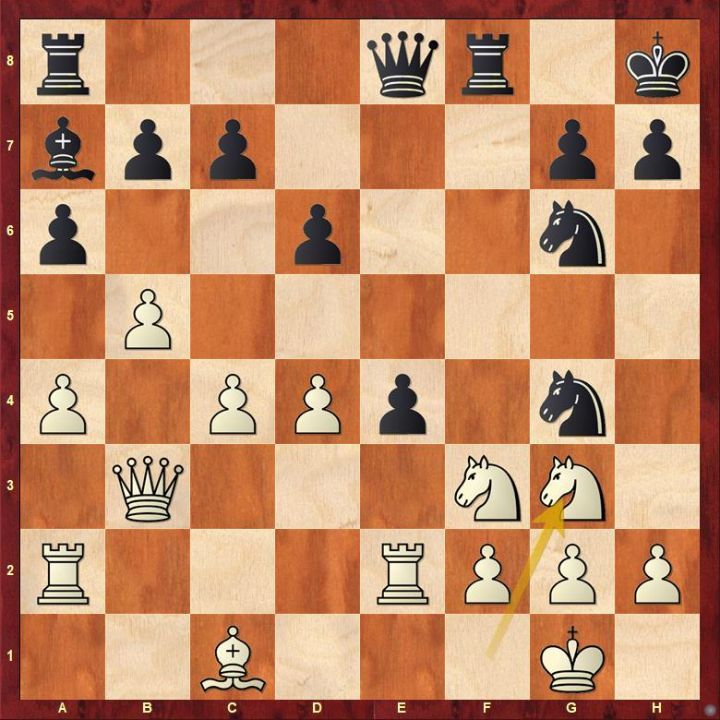 Giri made a pretty bold decision to sacrifice his queen 20...exf3 21.Rxe8 Raxe8. Just like the previous day against So, Giri once sacrificed his queen and this time also he had all the right reasons to do so. 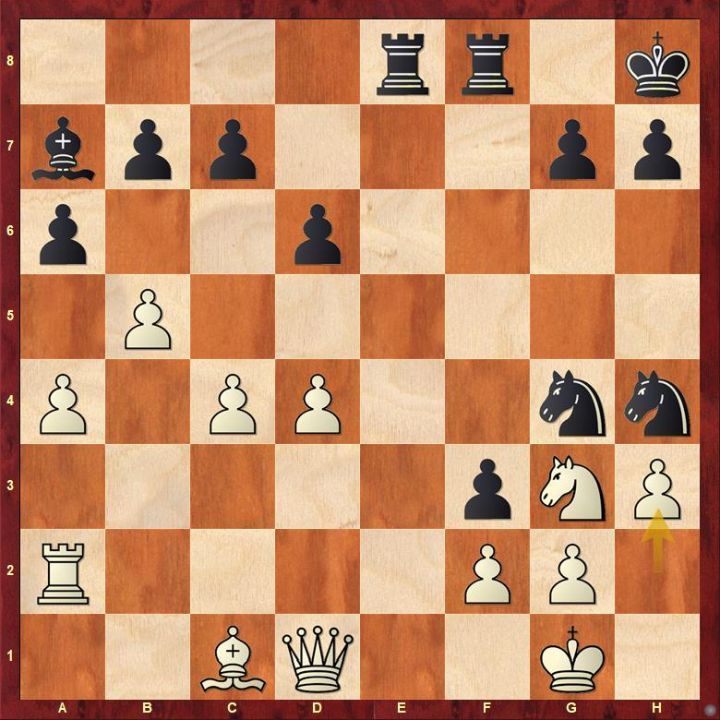 On a regular day, moving the g4-knight seem to be the first thing that strike in our mind, but this position is a volatile one for the white king, so why not make things more exciting? Giri took 23...fxg2. White cannot take on g4 with either of the pieces as it is tactically defended. 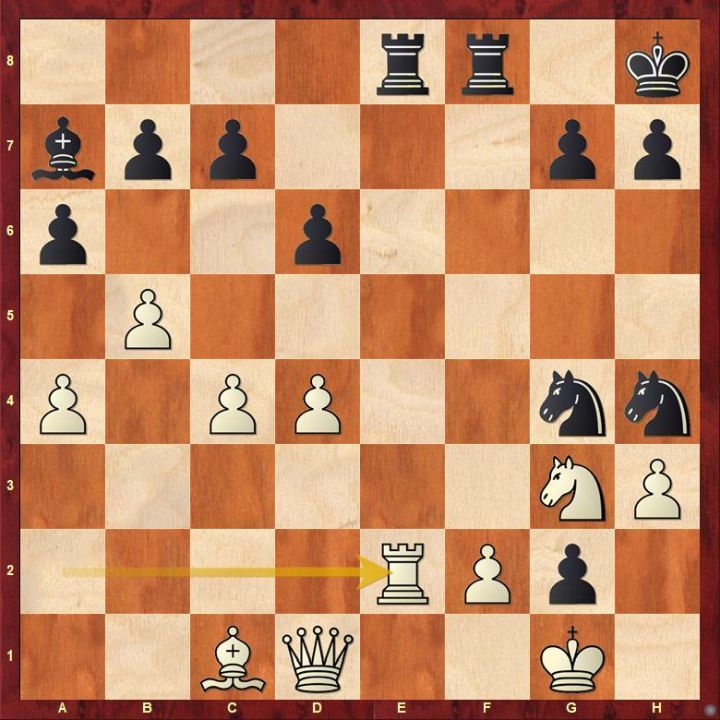 Giri missed a golden opportunity to score a beautiful combination. Try to find out what he missed. 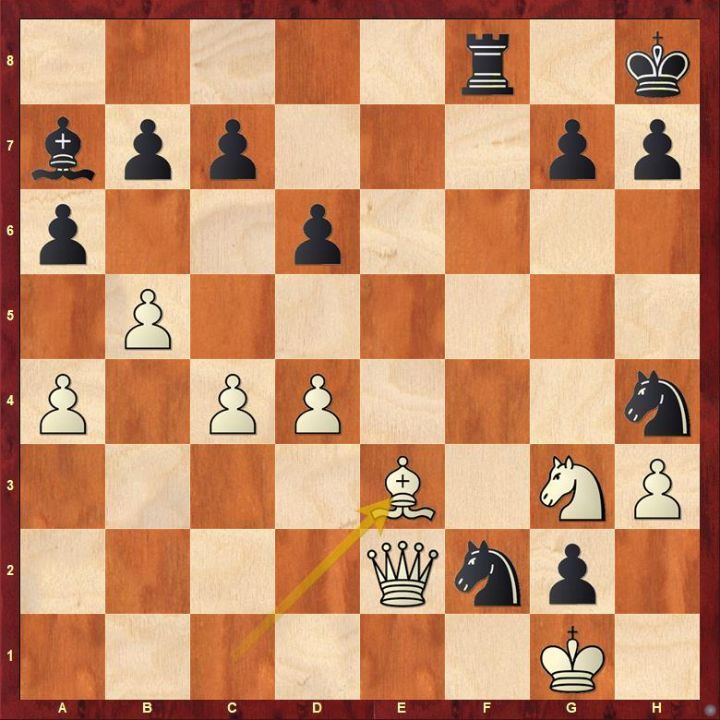 Black can still win this in the above diagram. Carlsen finally managed to escape with a draw by getting a perpetual check.

"They think I am a family man!" - Anish Giri on his queen sac vs Carlsen | Video: ChessBase India 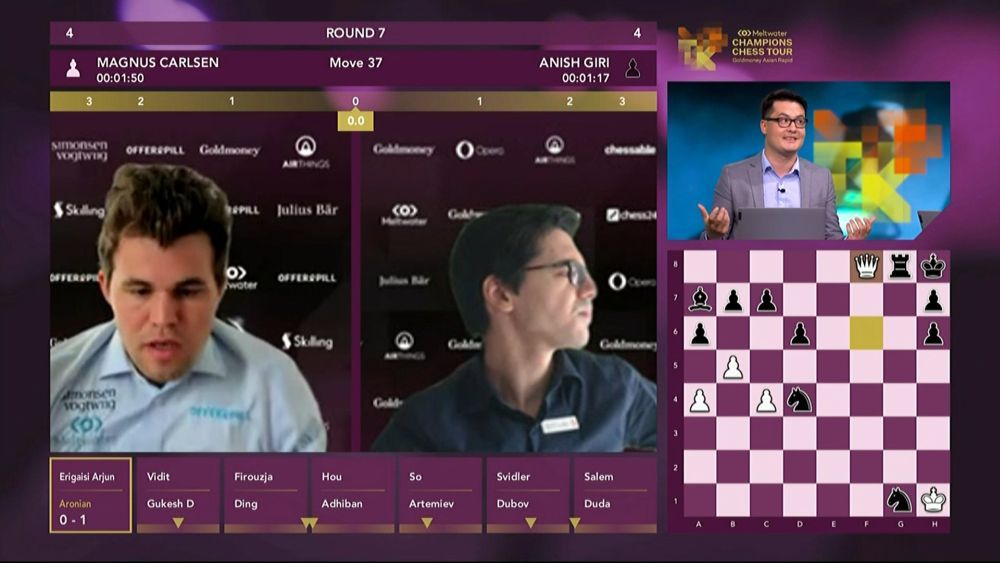 Giri disappointed with himself for not converting after playing such a beautiful game | Photo: chess24 live stream

Arjun Erigaisi scored the sole victory among the Indian contingent, against compatriot Vidit, who suffered his second consecutive loss of the day.

Adhiban somehow managed to get out of a difficult position in the middlegame against So. 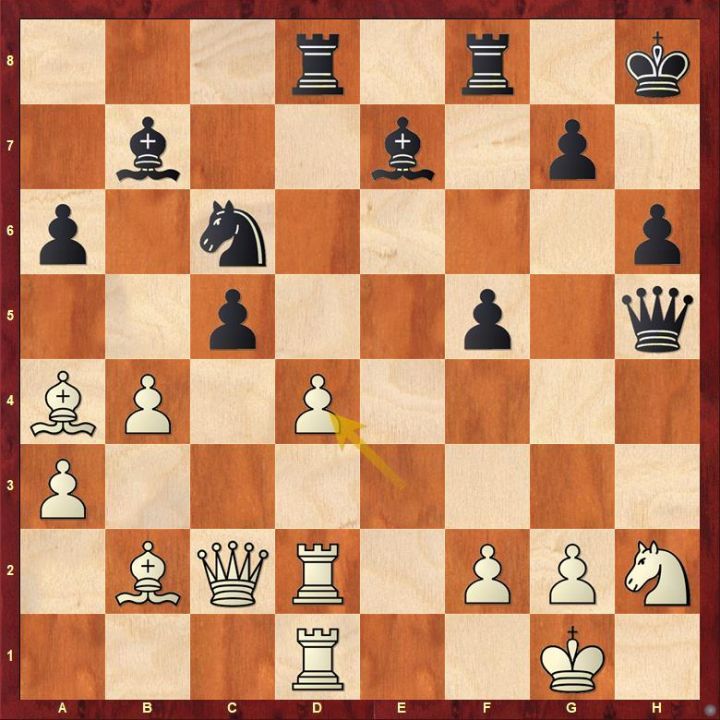 Find out the best continuation for Black in the above diagram. 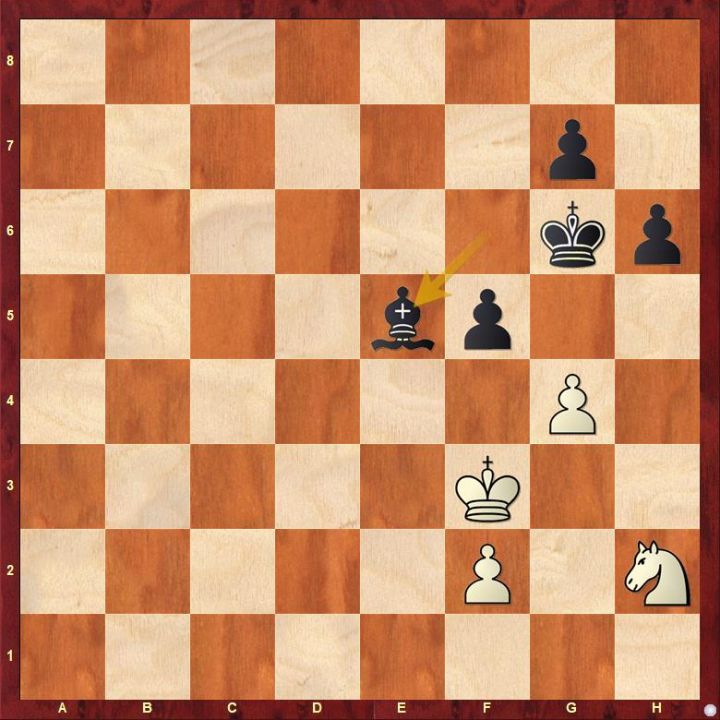 White can still salvage the game. How? Also find out why 45.gxf5+ is a blunder for White.

Gukesh went wrong early in the opening against Firouzja and that decided the fate of the game. 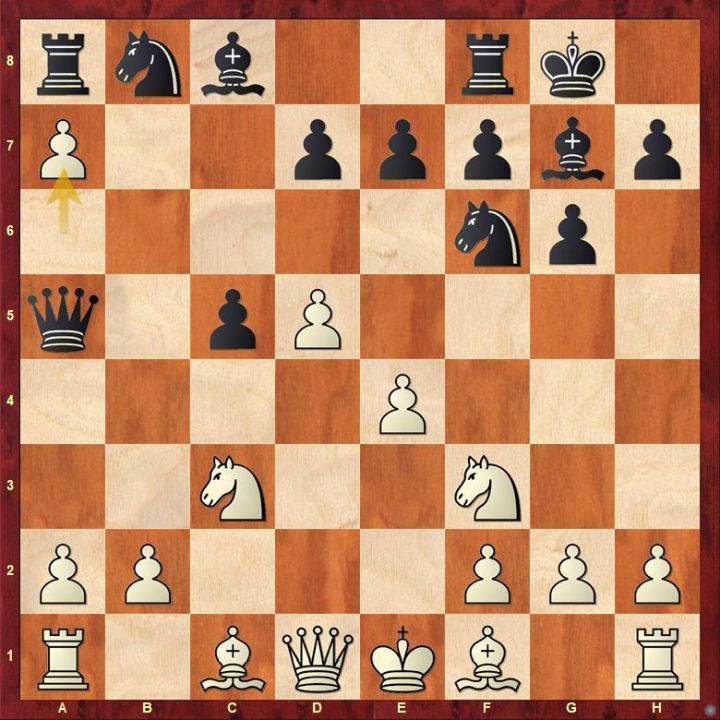 Vidit made an incorrect recapture which left his king stranded and vulnerable at the center of the board. 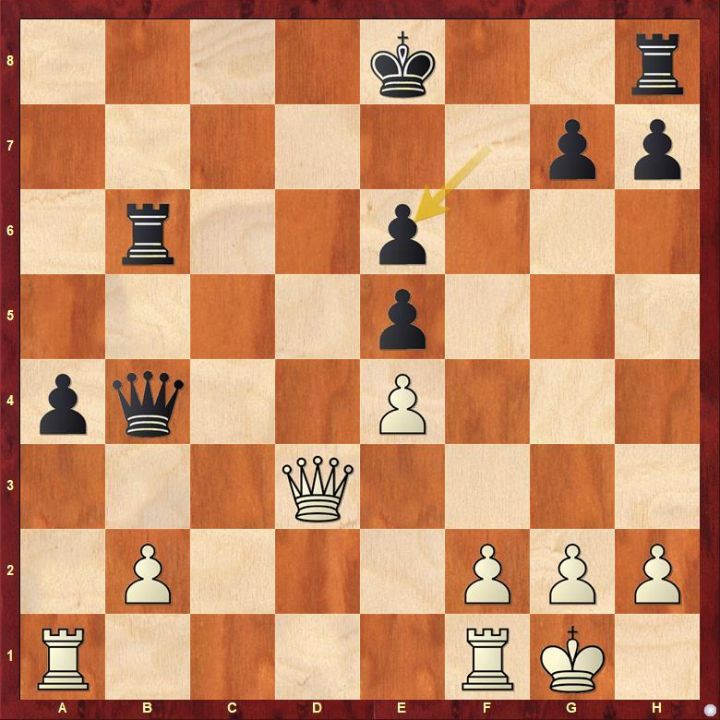 Black needed to play 23...Rxe6 and forget about the a4-pawn. 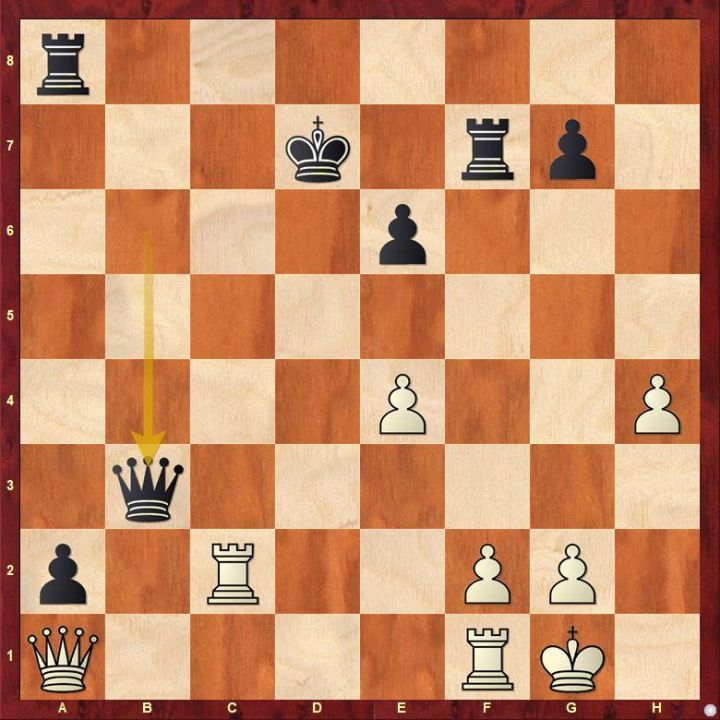 Arjun missed an immediate victory here, probably due to time scramble. Find out what did White miss.

Vidit and Arjun drew with Aronian and Firouzja respectively. Gukesh defeated the current world no.1 among women, Hou Yifan.

After suffering two consecutive losses, Vidit made a good recovery and drew with Aronian.

Arjun Erigaisi made a solid draw with Firouzja.

How sound is Gukesh in understanding the position? Let's take a look. 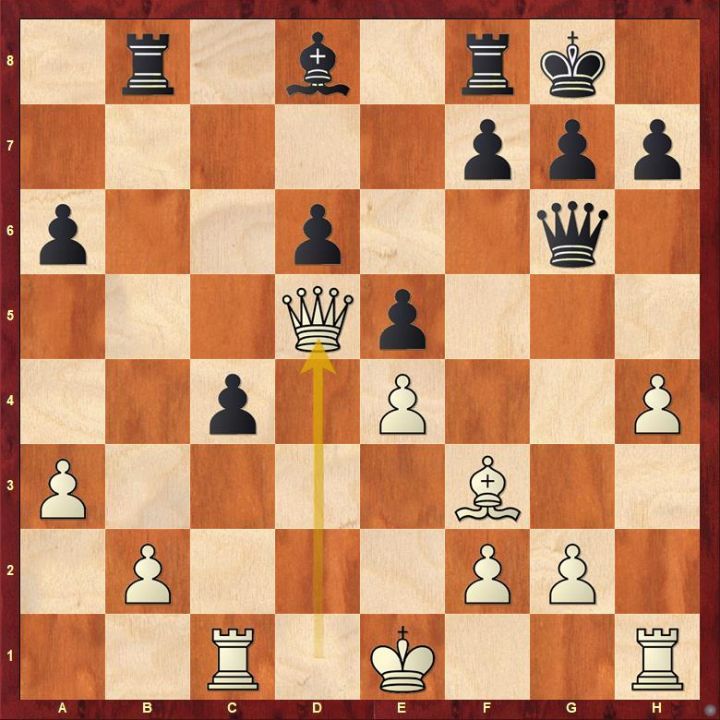 Generally the first thing that comes to mind here is to take the b2-pawn, however it is important to displace the white king first. So 22...Rb5 23.Qc6 Ba5+ is that much more effective than taking the pawn directly. Not only White loses the castling rights, the f2-pawn also remains vulnerable which means the king is in dire straits.

Round 10: Gukesh held So to a draw

Adhiban and Arjun beat Salem and Hou Yifan; Gukesh and Vidit held So and Firouzja to a draw respectively.

Adhiban scored his first win of the event against the UAE no.1 Saleh Salem.

Gukesh made a solid draw with So as he got the Fischer Random world champion's king into a perpetual check, one that he could not get out of.

To understand Arjun's current form, you have to see how confidently he plays his moves. 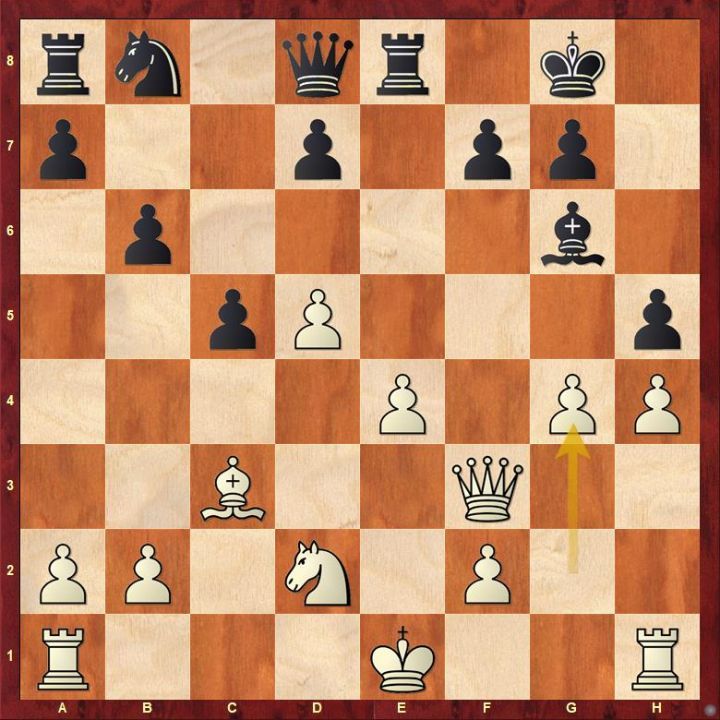 Arjun did not allow his opponent to make a comeback, he just completely dominated the game throughout and won the game convincingly.

Vidit had a grueling draw with Firouzja.