Arjun Erigaisi pulled up a massive upset in the finals by handing Adhiban his first defeat of the event which turned out to be decisive for him to win the Indian Qualifier of the Meltwater Champions Chess Tour. Adhiban lost the finals by 2.5-3.5, however both of them qualified to the Champions Chess Tour. Aravindh played some fantastic chess. After missing a win in the first game, he won the next two games and defeated Gukesh 2.5-0.5 to secure the third position. Aravindh was just too strong for Gukesh in this particular match. Gukesh should be happy with his performance because he was the only one to beat the eventual champion Arjun Erigaisi in the very first game of the Semi-Finals. Photo: chess24

Adhiban did not lose a single game in the Indian Qualifier until the fifth game in the finals against Arjun Erigaisi. The sole loss turned out to be decisive as Arjun drew the sixth game comfortably to win the Indian Qualifier. However this loss in the finals won't affect Adhiban's spot at the Meltwater Champions Chess Tour as both Arjun and Adhiban had already qualified for the event.

Arjun Erigaisi turned things around in his favor, when it mattered the most | Photo: chess24 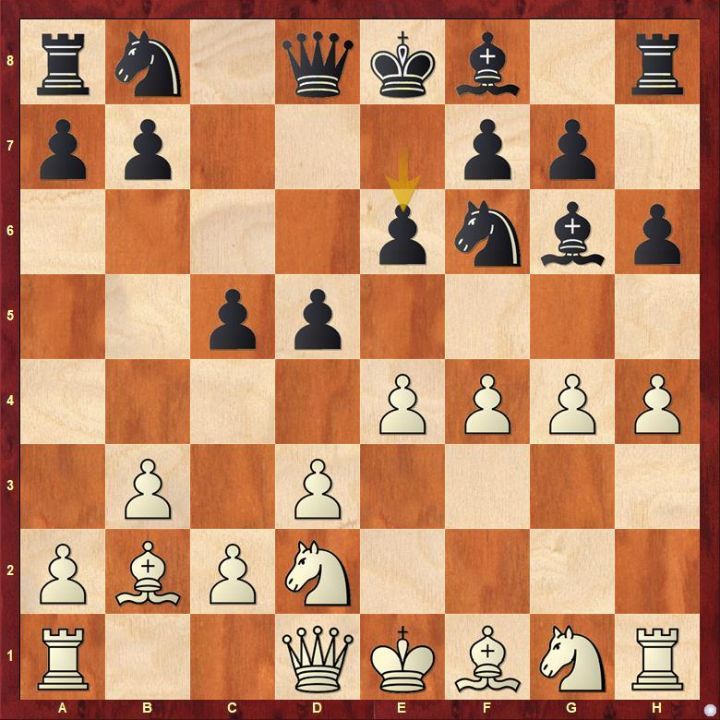 White has got a desired position out of the opening, he just needs to capitalize on it. Black seems to be getting into quite an uncomfortable position after 10.f5 or h5. The game continued with 10.h5 Bh7 11.g5 hxg5 12.fxg5 Nfd7 13.g6 Bg8 14.exd5 exd5 and we get the following position: 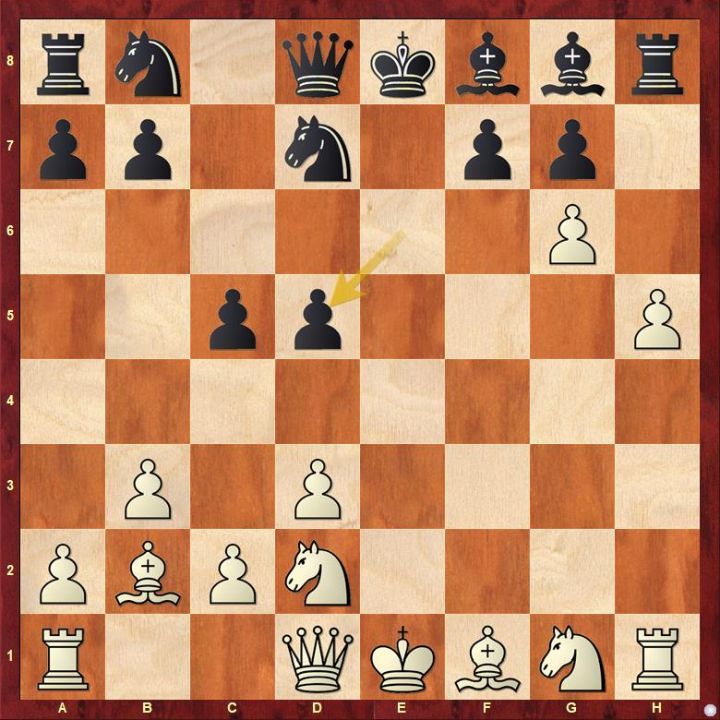 This looks like a position which white should win. Find out the correct plan for white to continue here. The game went on with 15.Qe2+ Qe7 16.Qxe7 Kxe7 17.Nh3 Rxh5 and white's advantage evaporated as black managed to equalize. 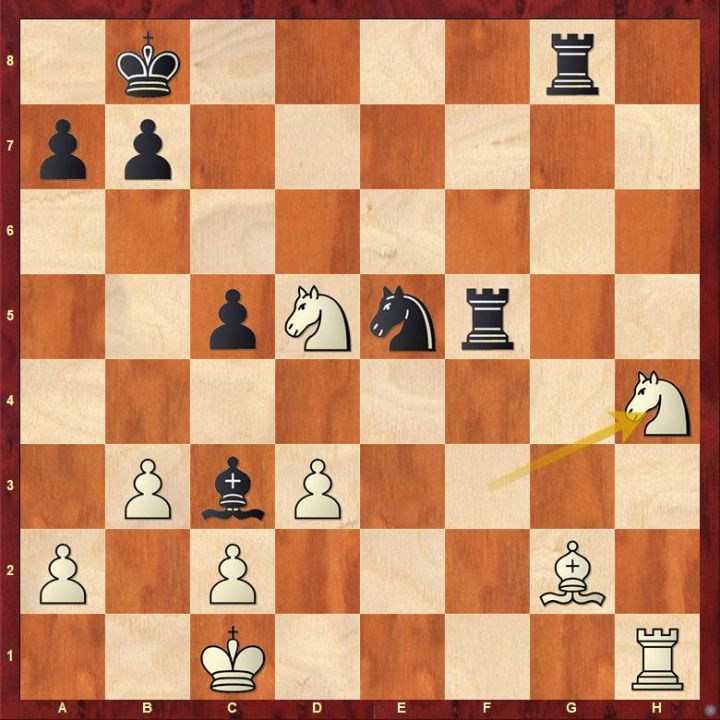 White blundered in the endgame with 32.Nh4. Find out why it is a mistake and what white should have played instead.

Arjun made a comfortable draw in the sixth game and won the finals 2.5-3.5

Adhiban's only loss in the event cost him dearly | Photo: chess24

Arjun Erigaisi after winning the event, tweeted the following:

His peers congratulated him

Gukesh escaped from the jaws of defeat in the first game after he blundered in the endgame under time pressure. 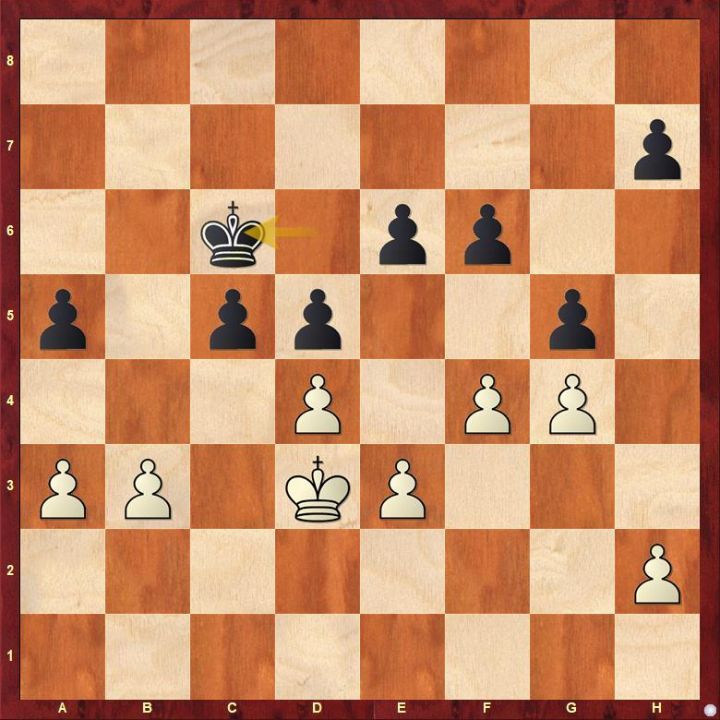 35...Kc6 is a blunder as white can now win in all plausible variations. Find out how and also what black should have played instead.

In the second game, Aravindh launched a heavy attack on the kingside against which Gukesh did not have any defence. 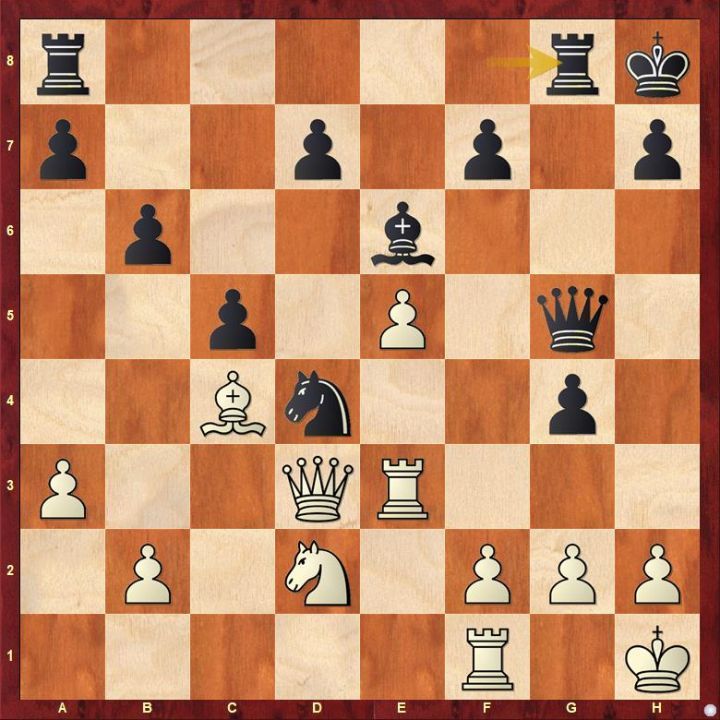 Things have gone completely wrong for white as black is going to outplay white. The game went on with 22.Nb3 and after Nf5 things went out of hand for white very soon. Aravindh won the game in another eleven moves and took 1.5-0.5 lead.

In the third game, Gukesh lost a pawn early in the opening and could not recover for the rest of the game. 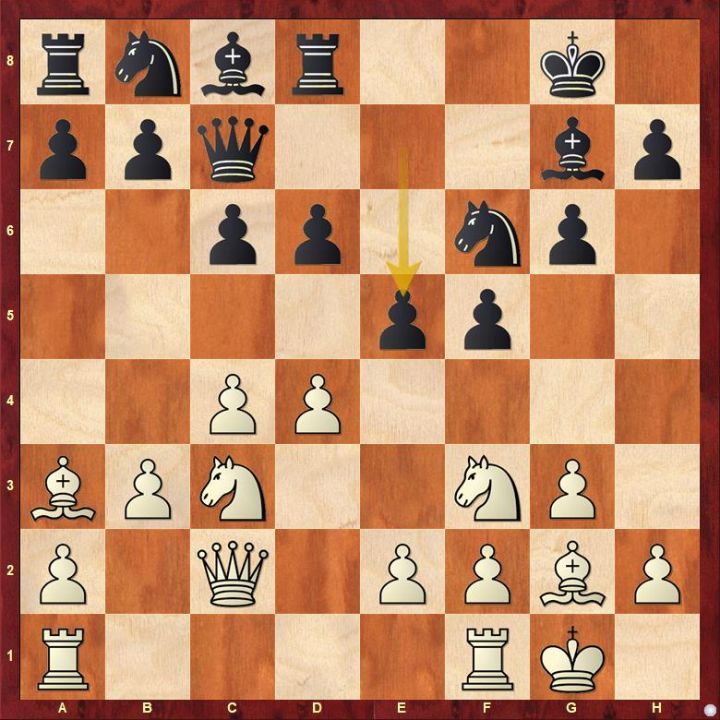 While 10...e5 is a thematic break in Dutch, in this particular it costs black a pawn. Instead 10...a5 or Na6 would have been fine for black. With this win, Aravindh won the match by 2.5-0.5 and secured third place. 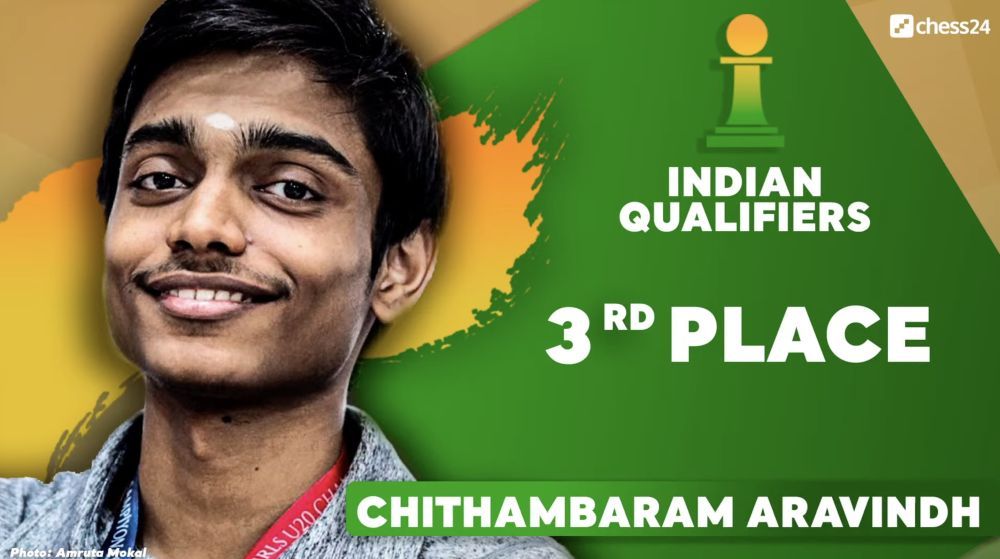