Radjabov once again completely dominated Dubov as he beat him twice consecutively to advance to the Finals of Champions Chess Tour. Aronian beat Vachier-Lagrave in the third game after making two draws to secure his place in the Finals. Radjabov vs Aronian will definitely be an interesting final as both of them secured convincing victories in the knockout stage. Finals will begin tonight Saturday 2nd January from 7:30 p.m. IST. Watch the live stream on ChessBase India youtube channel with IM Sagar Shah, Amruta Mokal and IM Soumya Swaminathan. Photo: ChessBase India Live stream

Radjabov beat Dubov in two consecutive games to rush towards the Finals. Dubov once again got zero chance to gain any kind of leverage against his opponent. Aronian drew first two games against Vachier-Lagrave, then he beat the Frenchman in a prolonged third game to advance to the Finals. Dubov and Vachier-Lagrave will play for third-fourth place whil Radjabov and Aronian will duke it out for the championship.

Dubov went quite aggressive in the first game against Radjabov. 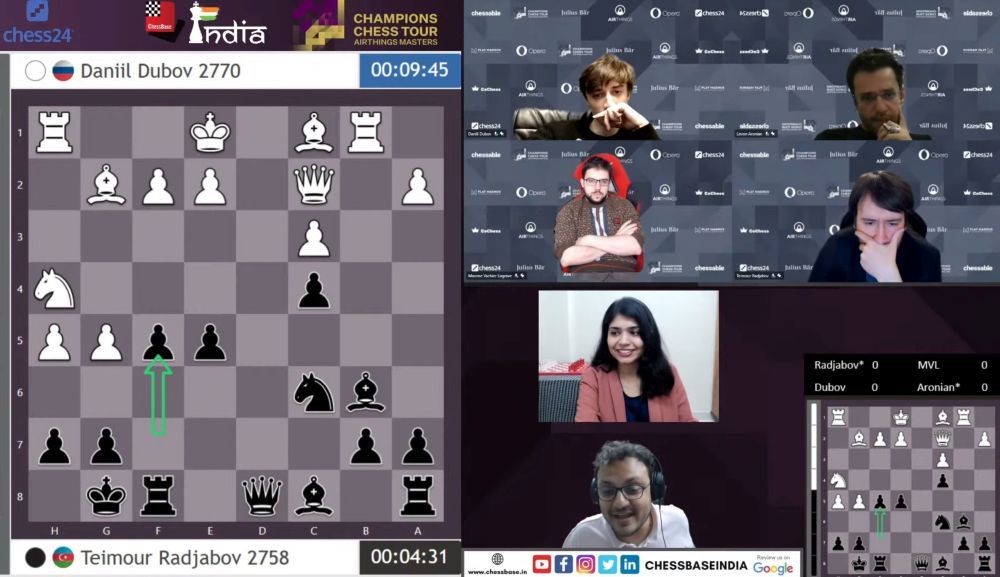 Radjabov is not someone who will allow relentless attack, so naturally he retaliated with 14...f5. The game continued with 15.gxf6 which only turned things in black's favor. Find out what white should have done instead. 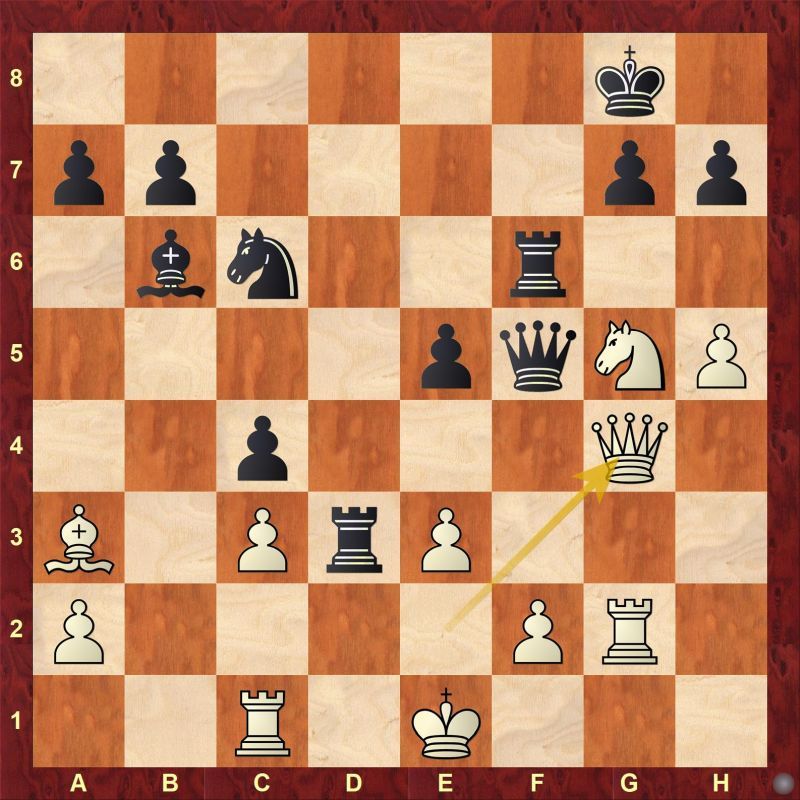 Find out the best continuation for black after 26.Qg4

In the second game, Dubov took a more pragmatic approach but it's not his style. Soon he realized that it's not working and went all-in Dubov mode. 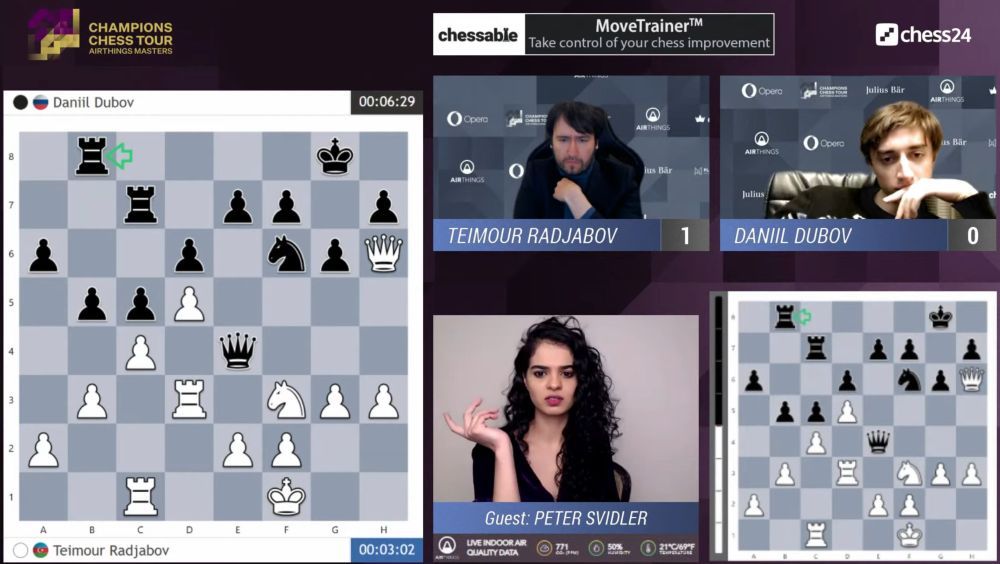 Dubov playing 31...Rb8 in an already difficult position did not helps his odds. Radjabov continued his kingside onslaught with 32.g4. Dubov felt enough is enough and went with 32...e5 but it only worsened things with 33.dxe6 Qxe6 34.Qf4 Ne8 It became just a matter of time before white realized his advantage and converted it into a victory.

The first game was an uneventful draw. The second game also turned out to be another draw. This was the third time Aronian played Berlin in six games in the Semi-Final. In the third game, Vachier-Lagrave made an inaccuracy in the middlegame which cost him his pawn structure on the queenside. 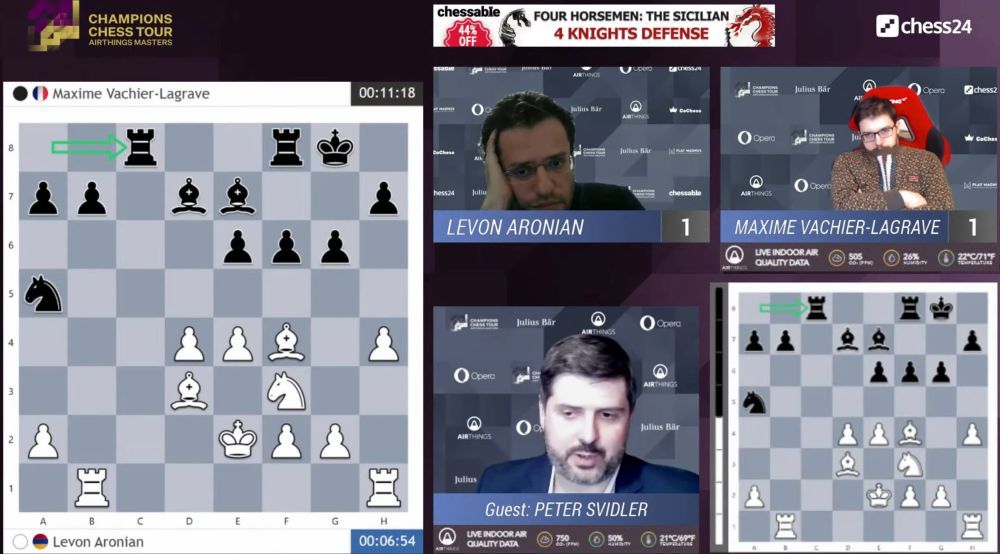 The game went on with 19.Bd2 b6 20.Bxa5 bxa5 21. Rb7 Rfd8 22.Rxa7 and white gained a pawn. Soon white arrived into a winning position, however after liquidation to minor piece ending, the advantage became thinner. 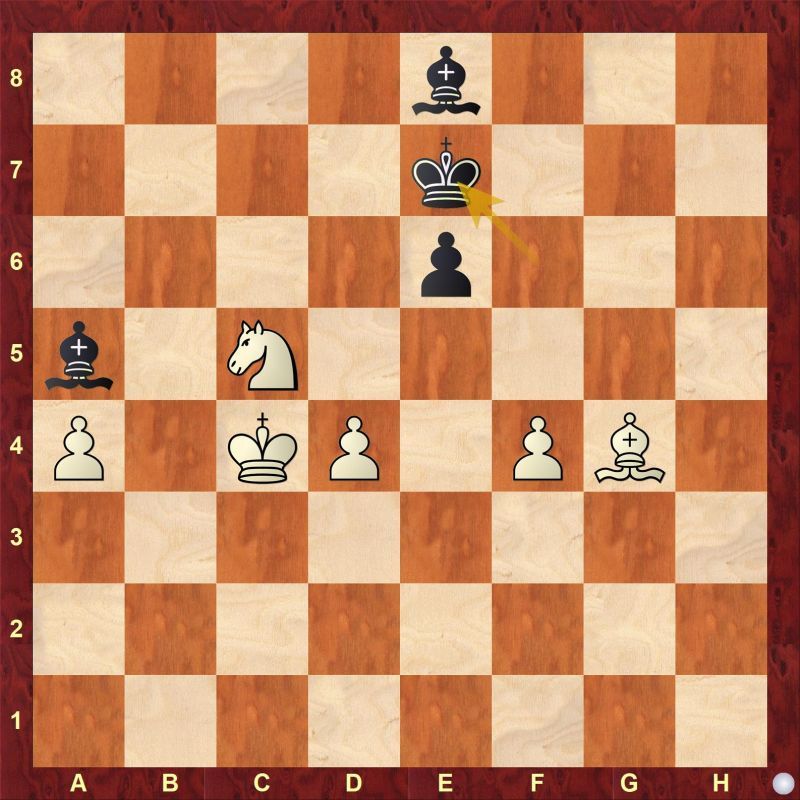 White should have taken on e6 with 61.Bxe6 and that would have helped white to get a quicker victory.

Radjabov and Aronian are the finalists | Photo: Champions Chess Tour