Both Carlsen and Ding Liren were the favorites to advance to the Finals of Meltwater Champions Chess Tour Goldmoney Asian Rapid. However, Aronian and Artemiev won their respective second sets to force blitz tie-breaks and they won them too. Carlsen again started the day with a loss which happened for the sixth time out of the seven days of the event. He also lost a total of four times out of six games. Aronian will now face tour debutant Artemiev in the Finals while Carlsen will play against Ding Liren for the 3rd-4th place match. Aronian also diminished Carlsen's chances to make a hat-trick of wins in this tour. Finals will start today from 4:30 p.m. IST. Photo: Amruta Mokal 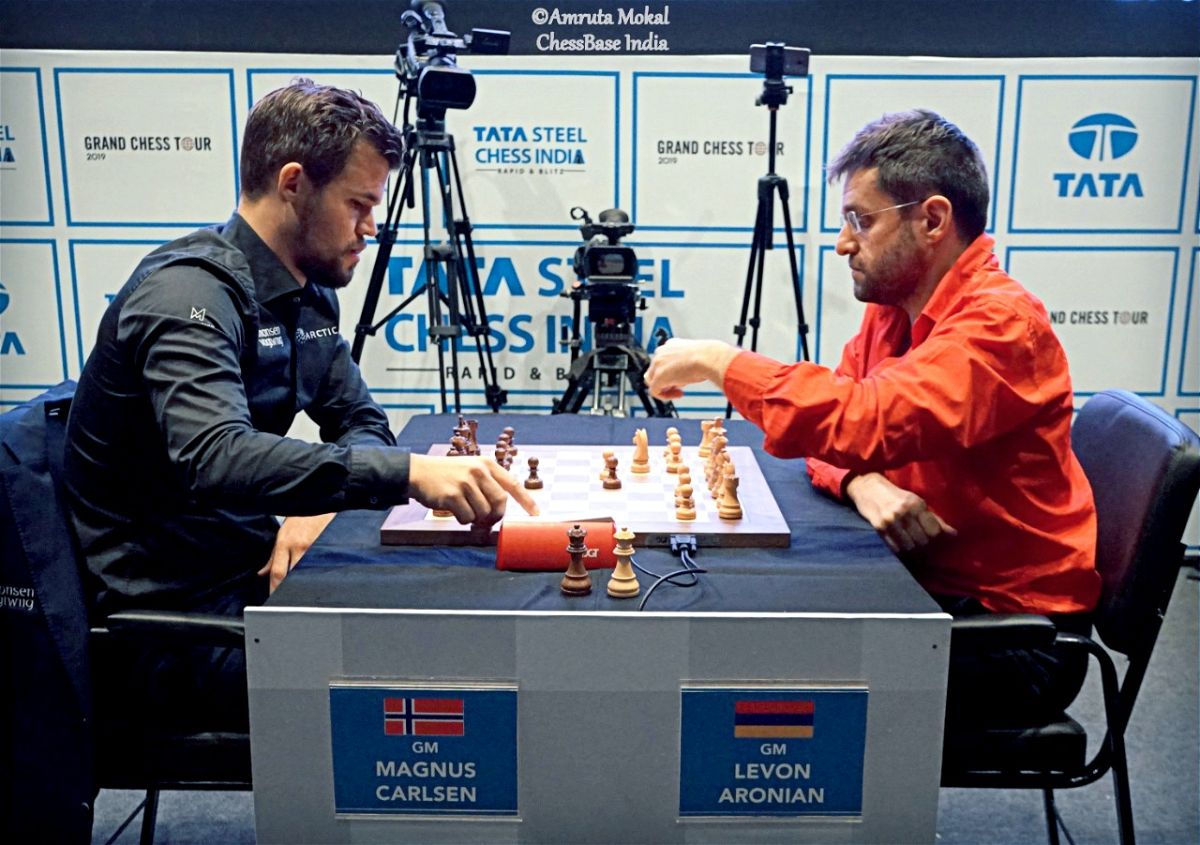 Aronian had to win the second set to force blitz tie-breaks. Carlsen once again started the day with a loss, this was six out of seven days of the event. 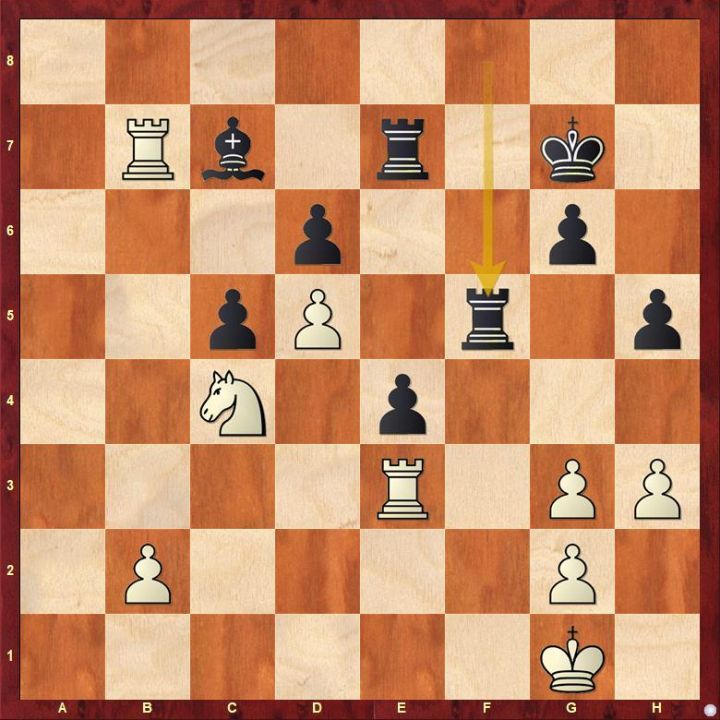 The d5-pawn can only be defended tactically. Find out how. The text 46.Nd2 allowed Black to take the d5-pawn 46...Rxd5 and free the bishop which eventually became a deciding factor. Aronian won the game and took a 1-0 lead.

The second game was an exciting draw. Aronian maintained his lead 1.5-0.5

Carlsen was completely winning the third game but somehow he messed up.

While 25.f6 is winning, 25.Qg4+ Kh8 26.f6 would have been much more definitive for White. Eventually he lost both b6 and f6-pawns, White's advantage dwindled away and Aronian's staunch defense allowed him to save a half point. Aronian maintained his lead 2-1.

Carlsen pushed too hard in the fourth game and went for a wrong tactic which cost him two important pawns. 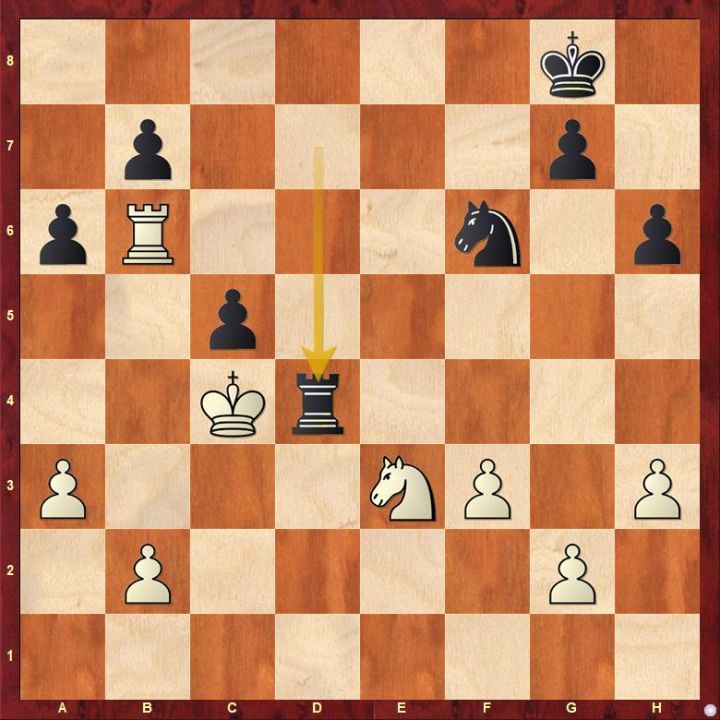 Aronian started the tie-breaks with a victory. 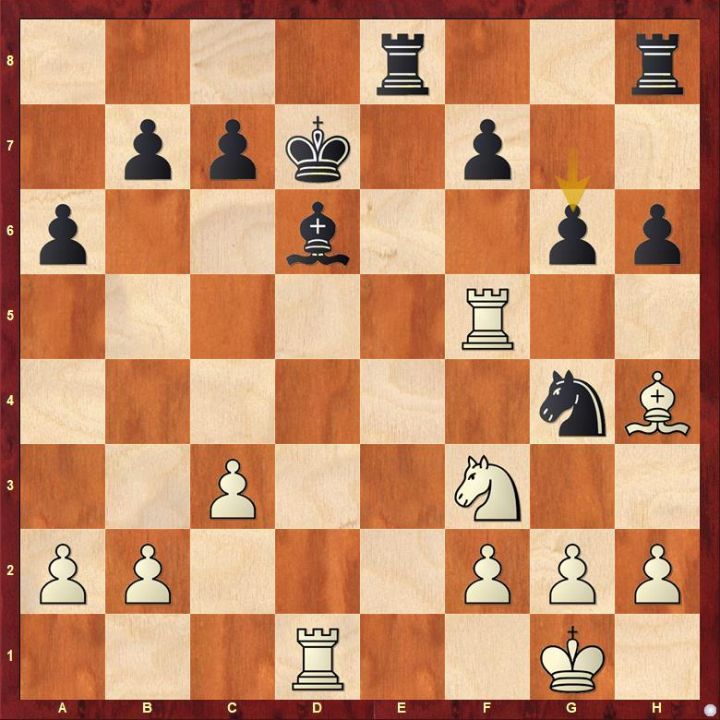 Black just needed to play 19...f6 and everything would have been fine. 19...g6 just casually dropped the f7-pawn and the rook is not getting trapped either. Aronian won the game comfortably and took 1-0 lead which means Carlsen has just lost three games out of five and now in must-win situation.

Carlsen was out of his element as he made a desperate sacrifice trying to gain some sort of advantage but the opposite happened. 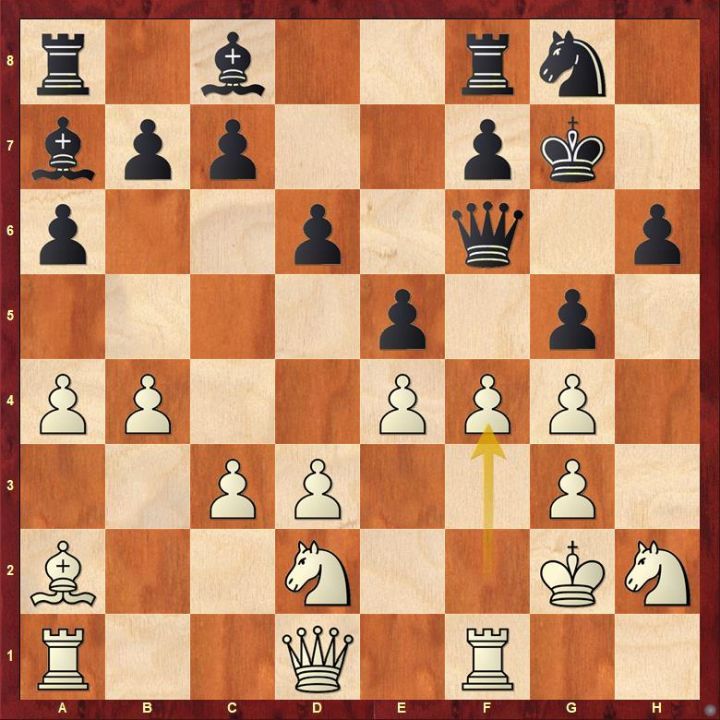 Both 19...exf4 and gxf4 are good for Black and White has no compensation for it. Aronian went for 19...exf4 and things slowly spiraled out of control for White. Aronian won the second straight blitz tie-break and won the tie-breaks 2-0, secured his place in the Finals. 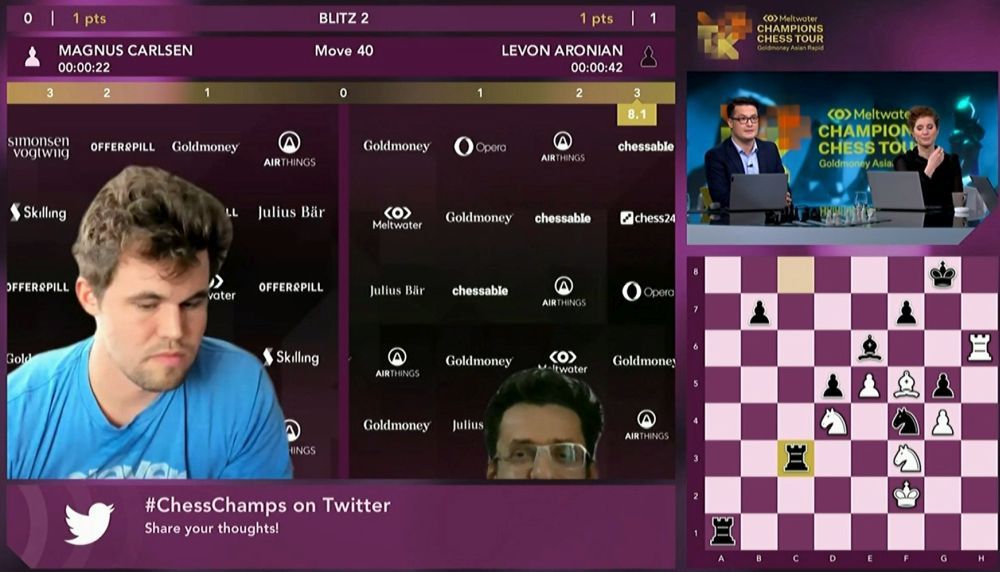 Ding Liren made an interesting pawn sacrifice in the middlegame which did not work out. Artemiev eventually got a better position in the endgame. 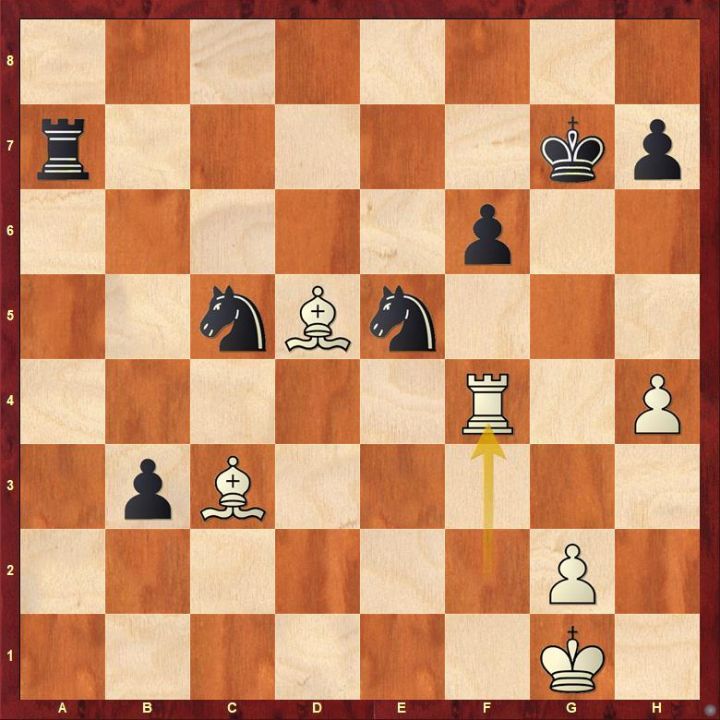 One of the best chances Black had in the game was in the above diagram. 51...Ncd3 would have led towards a victory but the Russian eventually lost the passed pawn and the game ended in a draw.

In the second game, Artemiev got a bishop pair, and he capitalized on it. 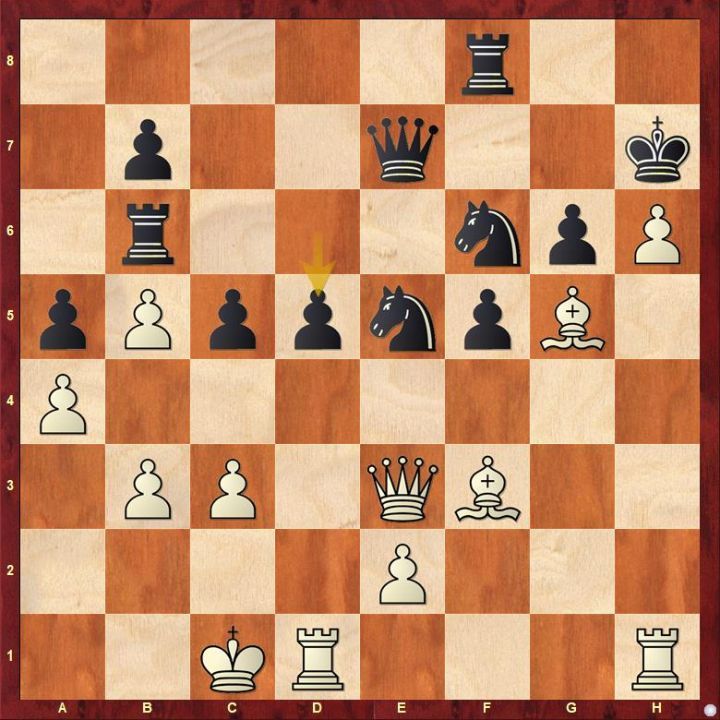 Things fell apart for Black after 28...d5 as White could immediately capture it 29.Rxd5 and the resultant endgame is completely winning for White. Artemiev took a bit longer but he won the game and took 0.5-1.5 lead. 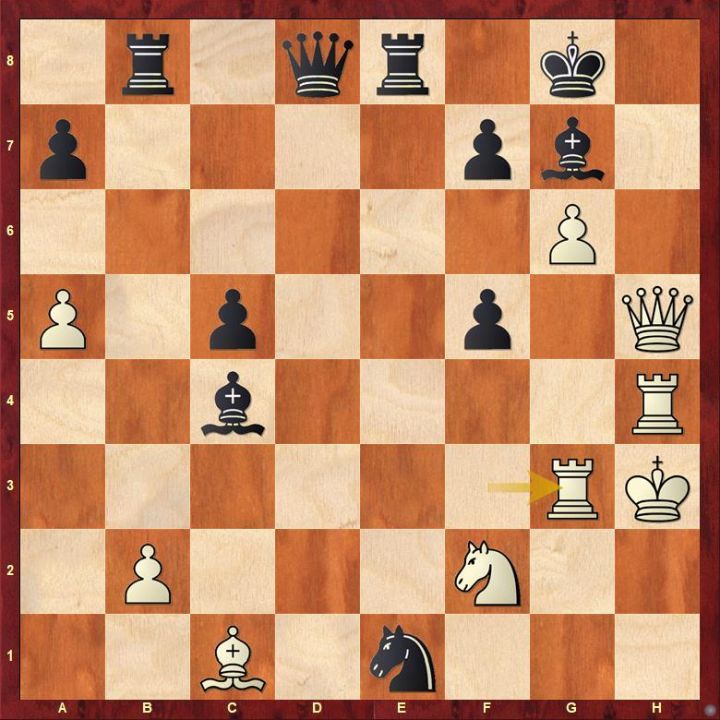 Artemiev blundered 32...Qf6 and White got an opportunity to win the game 33.gxf7+ Kf8 34.fxe8=Q+ Rxe8 35.Rxc4 and it's all over for Black. What was the better continuation for Black in the above diagram? Ding Liren equalized the second set 1.5-1.5

Artemiev won the must-win fourth game by grinding in the endgame. 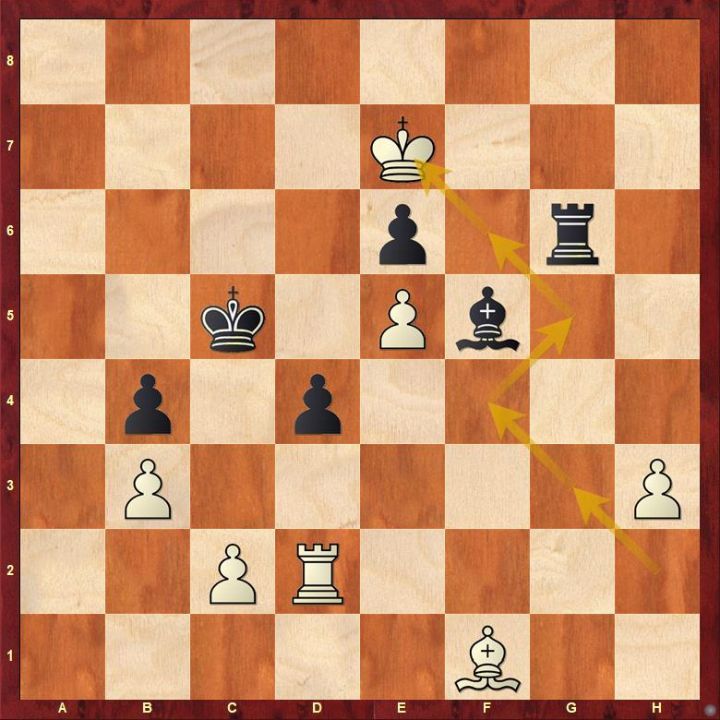 Look at the king's journey from h2 to e7. This is still not winning for White but the intent made Ding Liren made a mistake and Artemiev eventually won the game and set 1.5-2.5. Thus, blitz tie-breaks were enforced. 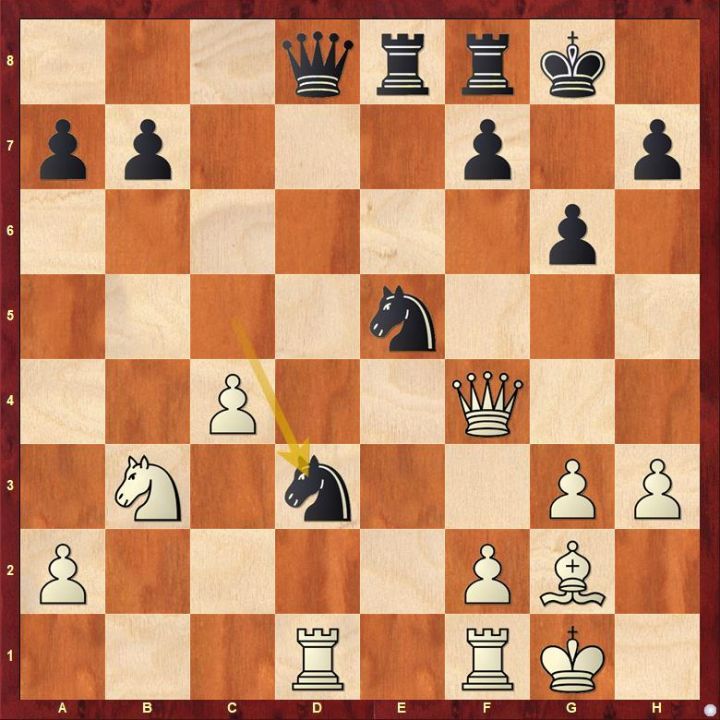 22...Nexd3 would have been better for Black. Ncxd3 spelled disaster. Artemiev eventually won the game, set 2-4 and advanced to the Finals. 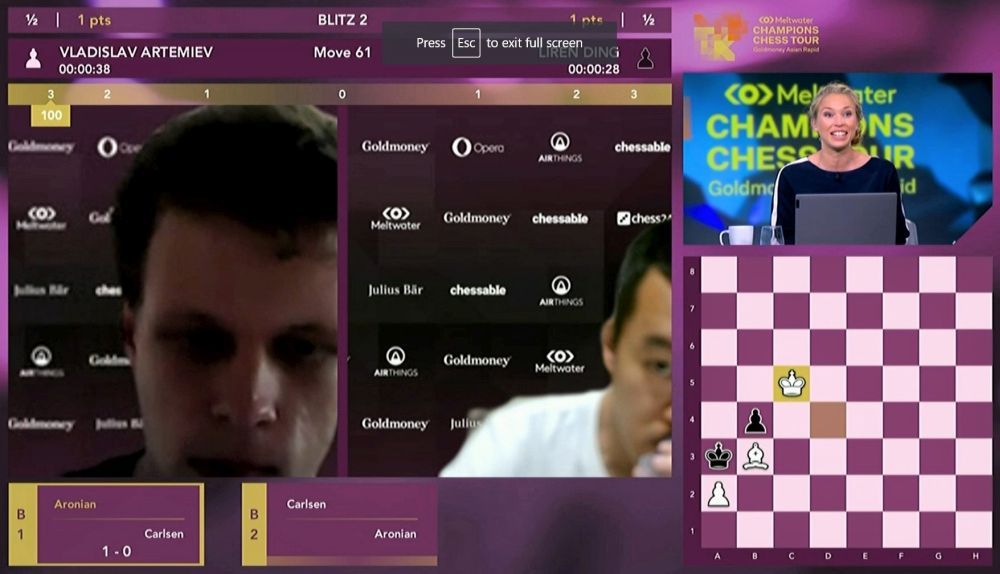 Aronian and Artemiev will face each other in the Finals | Photo: Champions Chess Tour