Magnus Carlsen broke his jinx and beat Wesley So in his third attempt to win the finals in a Meltwater Champions Chess Tour event. It was a huge relief for him to win the FTX Crypto Cup as he mentioned in the post-match interview. So stretched Carlsen to his limit as for the first time in this season these two played not only Blitz tie-breaks but also Armageddon to decide the winner of the event. It was a battle that everyone enjoyed including Carlsen whose celebration after each victory and especially the final one will be one for the ages. This is Carlsen's second consecutive tournament victory and one can only anticipate that he would like to do a hat-trick by winning the next event he plays. Photo: Champions Chess Tour

So stretched Carlsen to Armageddon

Carlsen started the second set of the Finals with a win over So who immediately delivered the equalizer in the next game. After making two draws, So won the first blitz game which again put Carlsen in a must-win situation. Like the rest of the tournament, Carlsen won on demand to enforce Armageddon which he won to beat So for the first time in this season of Meltwater Champions Chess Tour Finals to win FTX Crypto Cup. 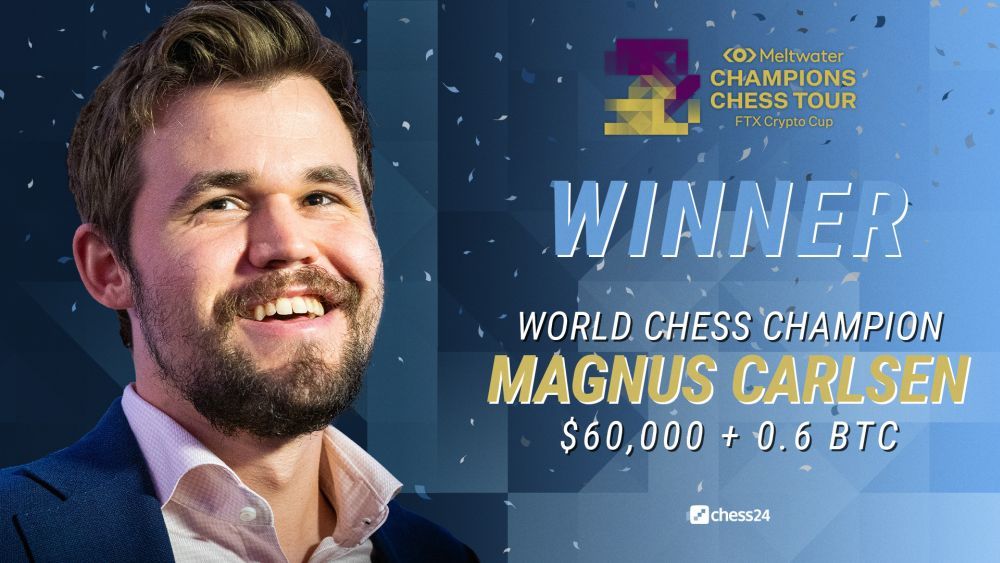 Carlsen in a post-match interview shared, "I came back five times when I sort of needed to win and I also lost twice. It was just absolutely insane. I am just so happy to have pulled through." On being third time lucky to beat So in the finals, "It's a massive relief. I do feel at the end we were both pretty broken. Sometimes things goes your way but it was what it was." He added further on his chances in Armageddon, "I wouldn't say I was confident per say but I did feel there were still decent chances. I wasn't even that unhappy that he chose black. If we needed to play our best then having an extra minute is nice. In the end that turned out to be pretty important." 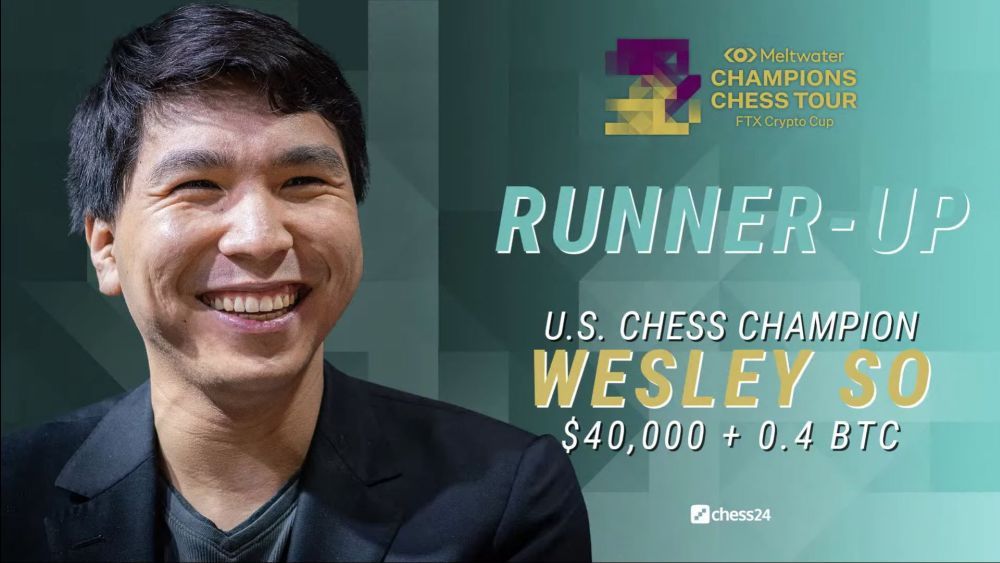 So put up a valiant fight | Photo: chess24 live stream

So as always is very classy with his response, "First I would like to thank Lord Jesus for letting me play extremely well in this tournament. I think I did much better than anyone expected, including myself. I am actually pretty pleased with the way that I played today, probably except Armageddon. It was so bad. Of course it's heartbreaking. I would like to congratulate Magnus on a great performance. I think he is a well-deserved winner for this one. I think he played the best out of all, maybe in the Prelims Fabiano did but overall Magnus played the best..."

Carlsen scored a very nice victory in the first game by showcasing his endgame prowess. 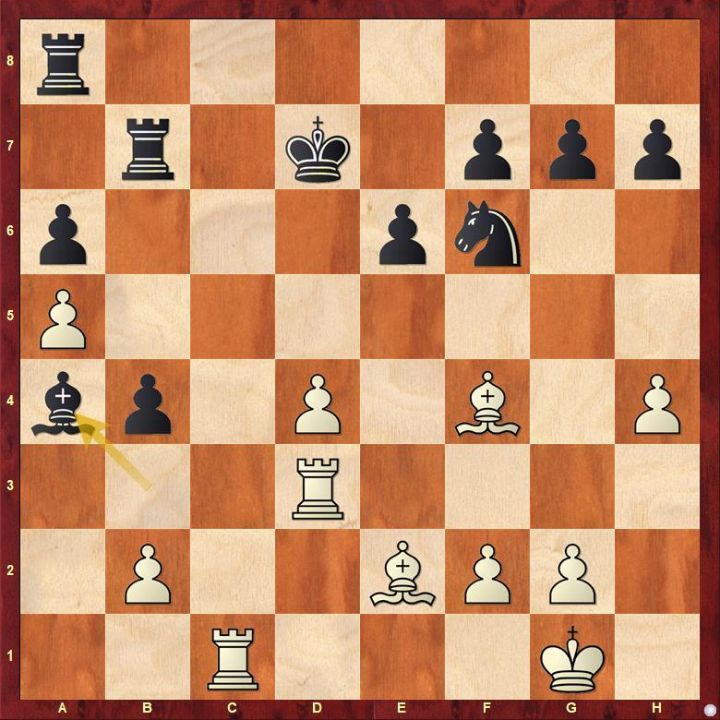 Find out the correct plan for white in the above diagram. With this win, Carlsen took a 1-0 lead.

The second and fourth game were the exactly the same Berlin draws in 29 moves. 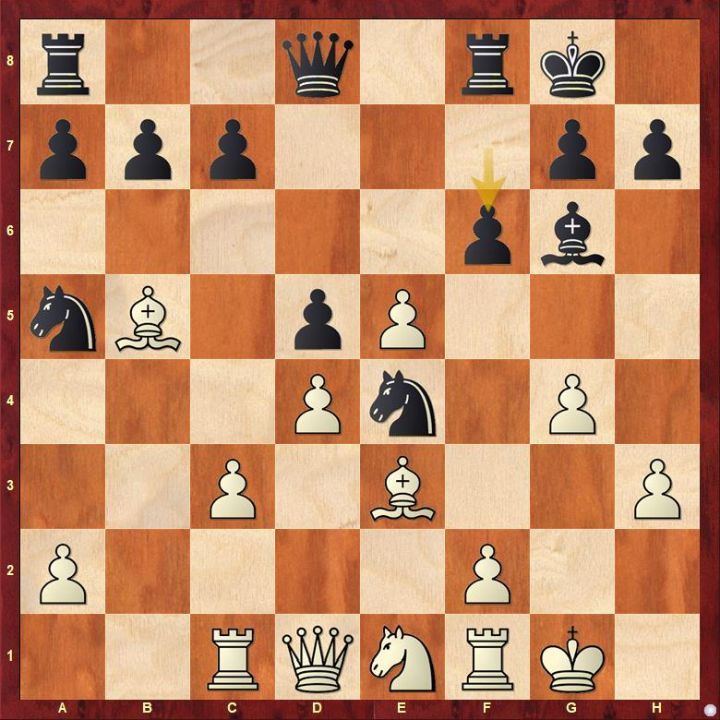 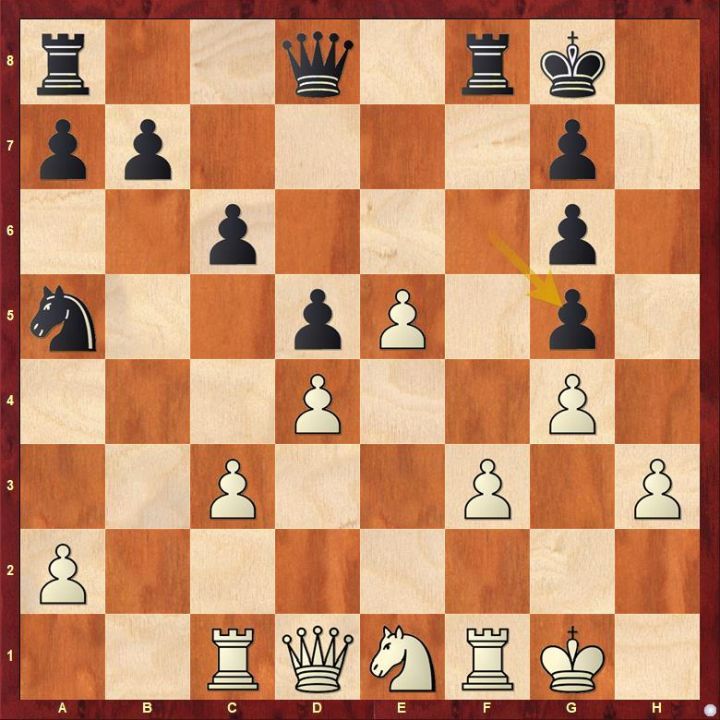 It was certainly not going to be easy for Carlsen to make a recovery from this position especially against So, someone who has beaten the Norwegian twice in the finals in this season and definitely holds a psychological advantage. 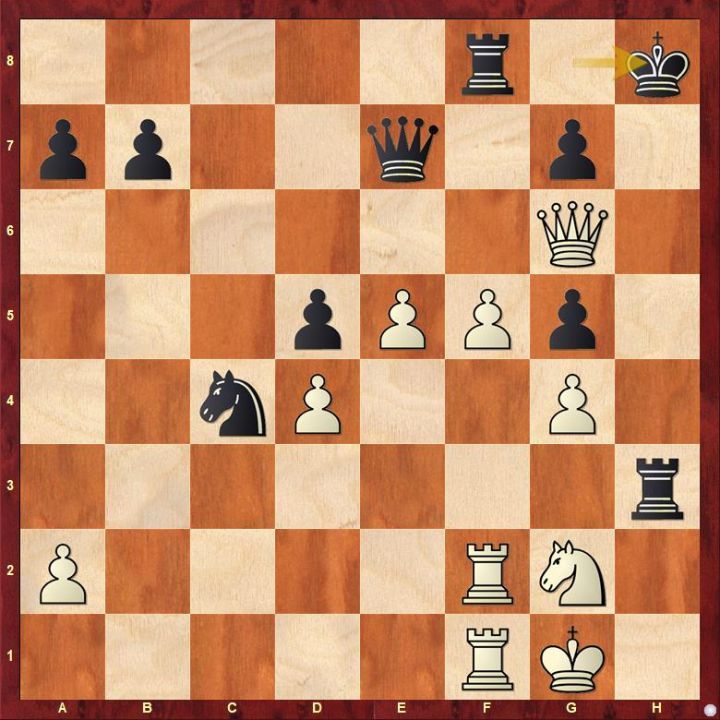 Find out the finish for white in the above diagram.

So immediately struck back to level the score 1-1. He got a better position out of the opening and had no trouble converting it. 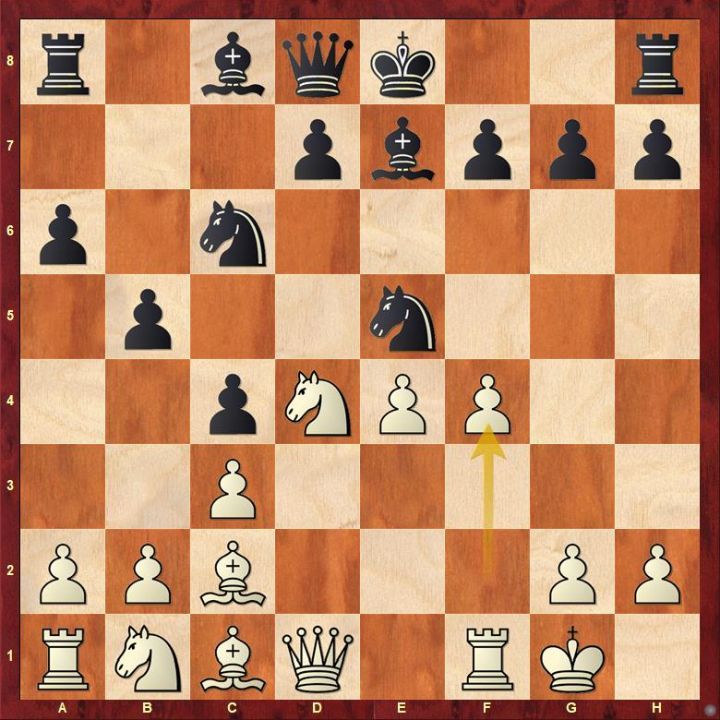 There is no easy way for black to handle the position after 12.f4 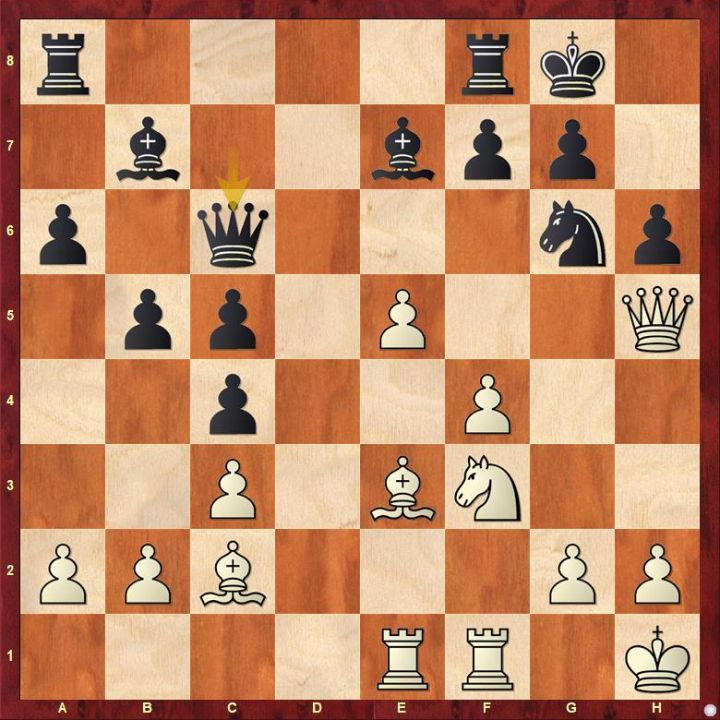 Find out the best continuation for white in the above diagram.

Third game was a well-fought draw.

Fourth game was a short 14-move Berlin draw. The second set was also drawn and for the first time in Meltwater Champions Chess Tour event, a Carlsen-So final went into blitz tie-break. Carlsen blundered in the endgame of the first blitz tie-break. 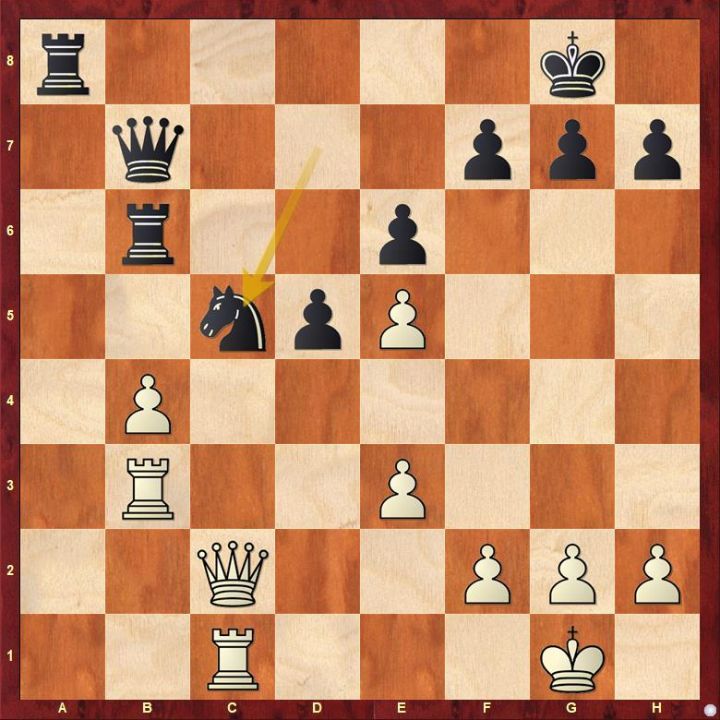 White needed to play 27.Rc3 and things would have stayed fine but he blundered with 27.Qxc5 and So immediately pounced on the opportunity with 27...Rc6 to get the first win in the tie-breaks. So took 1-0 lead.

Carlsen was absolutely livid about his blunder.

In the second game, Carlsen immediately struck back after So miscalculated in the middlegame. 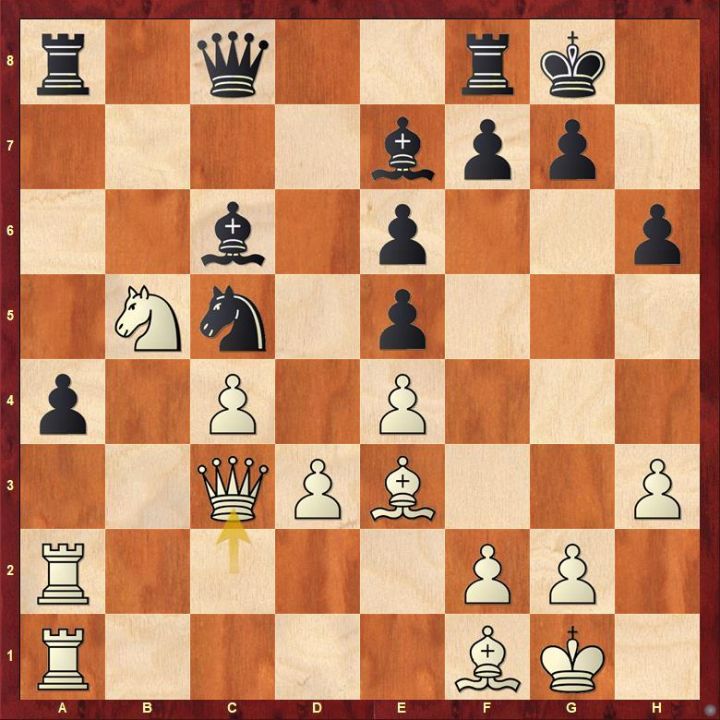 25.Qc3 allows black to gain the upper hand. Find out how. Carlsen converted his advantage into a win and tied the blitz tie-break 1-1. Thus Armageddon was enforced.

Carlsen expressed his joy after winning the second blitz tie-break

So opted for black pieces in Armageddon, as per tournament regulations, the player who finished higher in the Prelims stage gets to decide the color for Armageddon. 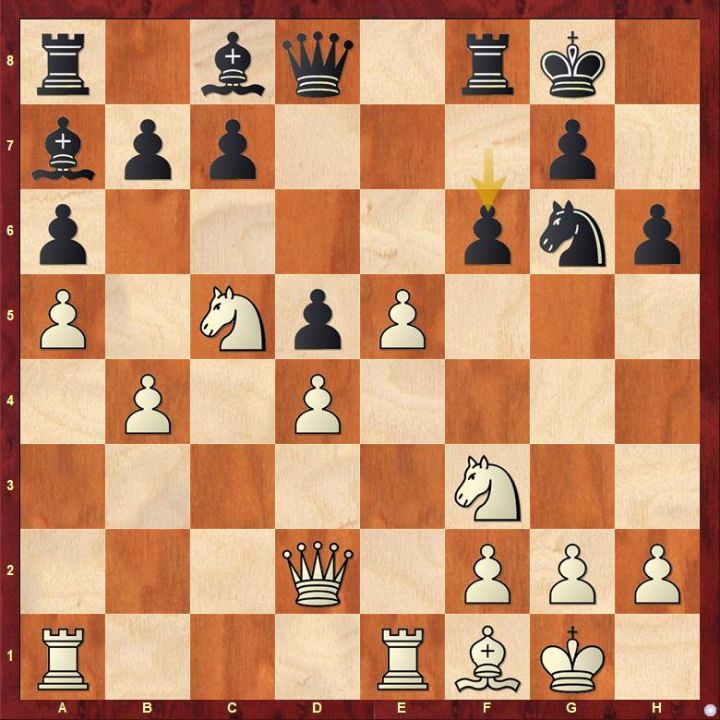 So played a bit out of his element and landed himself in trouble with some questionable decisions in the middlegame. Carlsen as always grabbed every single opportunity and converted it into a victory. Thus Carlsen for the first time beat Wesley So in the Finals of a Meltwater Champions Chess Tour event.

This win means a lot to Carlsen. One can tell that easily by looking at the celebration he had after he beat his nemesis So

Nepomniachtchi won the first game against Radjabov after the latter opted for hippopotamus structure against Nepomniachtchi's choice of Larsen opening.

Radjabov returned the favor by striking back in the second game and score was level 1-1. 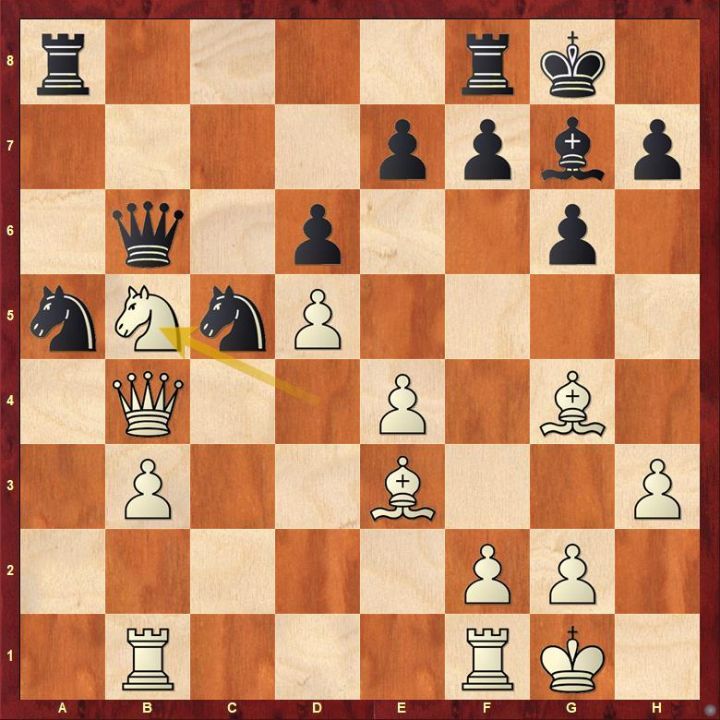 White utilized his passed b-pawn to its advantage and eventually it played a key role in white getting the victory.

Fourth game was a well contested draw which meant Nepomniachtchi won the match 1.5-2.5 and he secured third place. 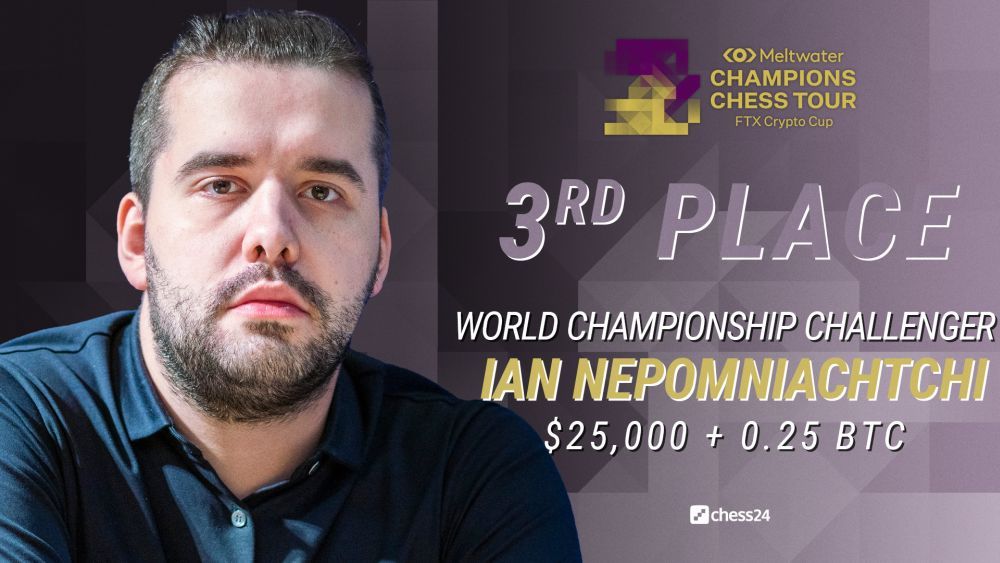 After the event, Nepomniachtchi took to twitter and made a cryptic tweet. Just like Jonathan Tisdall, the chess universe is unable to make out what exactly he meant.

Replay all Final games from Day 2 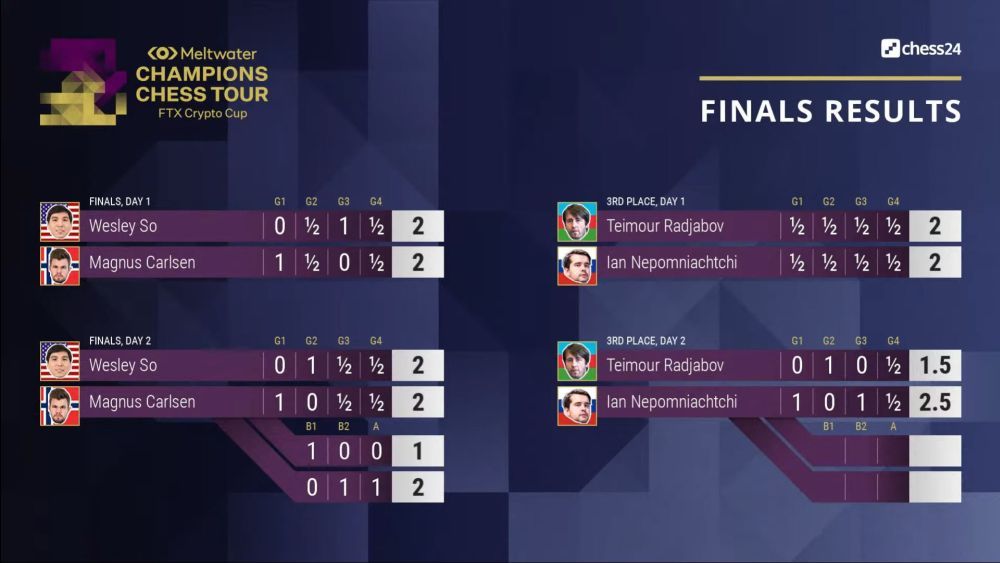