Vishy's vexation in the Italian

In this age of highly meticulous engine oriented chess preparation, seldom do we see an elite player going wrong in the opening phase of the game. Usually all the Grandmasters at the top these days are extremely well-prepared and have a very strong repertoire covering a wide range of openings. Therefore, it was nothing short of surprising, when yesterday Wesley So managed to outwit the five-time World Champion Vishy Anand with a novelty in the classical Italian line. Out of the four decisive games that happened in the second round of Tata Steel Masters, this was perhaps the most striking for it was also the quickest encounter to finish. We bring you a detailed analysis of this game in our second round report from Wijk Aan Zee.

Vishy Anand suffered a shockingly quick 26-move defeat in the hands of Wesley So in the second round of Tata Steel Masters 2020. The vastly experienced Vishy usually comes very well-prepared and never goes wrong in the opening phase of the game but round two of the event proved to be one of those unfortunate, rare occasions. 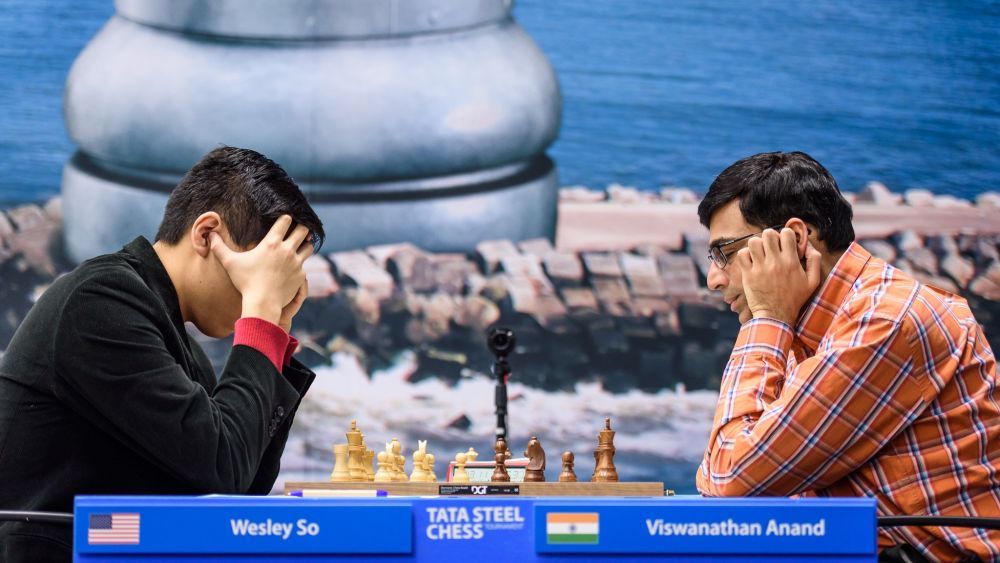 Vishy Anand in action against Wesley So in round 2 of the ongoing Tata Steel Chess 2020 in Wijk Aan Zee | Photo: Alina l'Ami

Wesley, who had the white pieces yesterday, employed an uncommon idea in the Italian opening that entailed the delay of castling and the Madras Tiger was effectively surprised. By twelfth move itself the game entered into its most critical phase when, in what proved to be a fateful decision, Vishy sacrificed his dark-squared bishop to force White's king out in the open. The Filipino-American Grandmaster clearly came very well-prepared and navigated through the complications posed effortlessly. Thus, after the next dozen moves or so, the Indian maestro simply found himself in a position where he was a piece down and completely lost.

Wesley So - Vishy Anand, Round 2 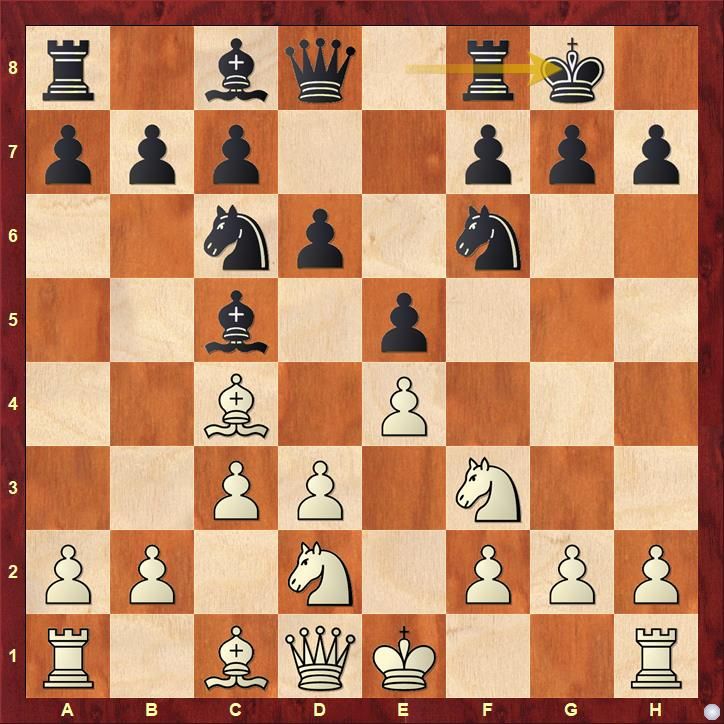 The most common move in this typical Giuoco Piano structure is 7.0-0 but this is where Wesley revealed his preparation by playing 7.h3 followed by 8.Bb3 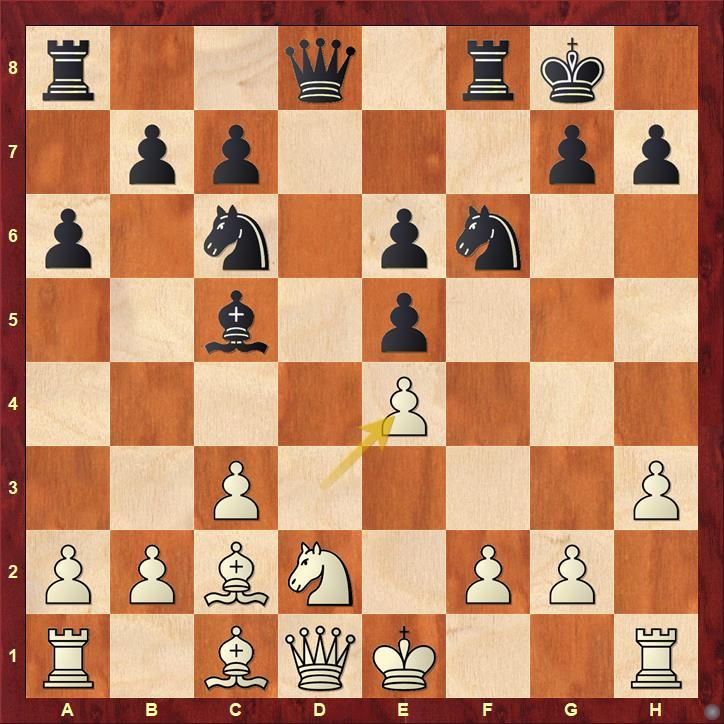 And the critical moment arose a couple of moves later in the above position. Vishy thought for about 30 minutes here, can you guess what he played?

Well, any number of calm moves are playable here like 12...Bb6 or 12...Qe8 but with the semi-open f-file the critical option is obviously the bishop sacrifice with 12...Bxf2+. Vishy of course sat there for thirty minutes calculating the various nuances and then boldly went for it. Wesley said after the game that he was quite surprised by this decision although he never negated Bxf2+ as a possibility and admitted that it was quite dangerous over the board to deal with all the complications that followed. 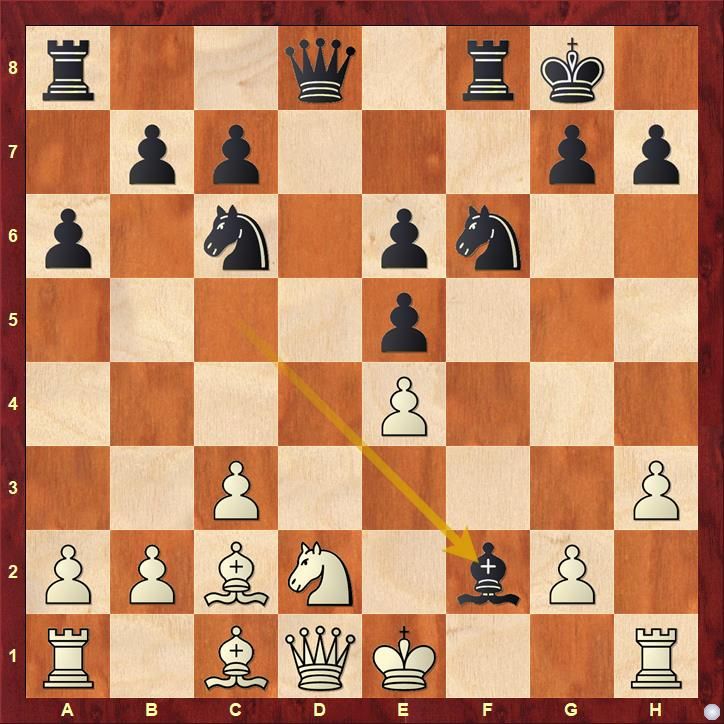 Even though Vishy failed to make Bxf2+ a success but his choice nevertheless clearly shows the spirit with which he plays chess now-a-days. 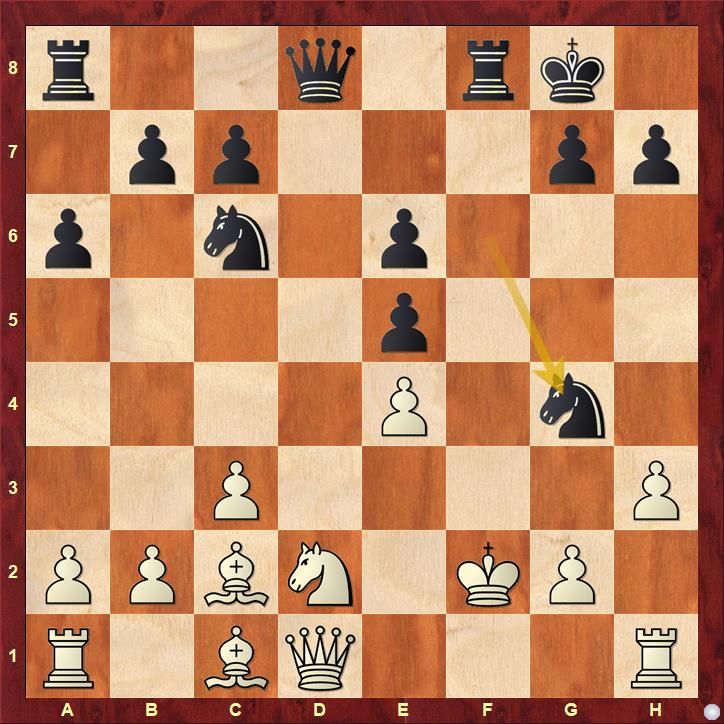 The game turned wildly tricky in no time. Kudos to both players who played the next eight to nine moves with amazing accuracy. In the above position itself, the move 13...Ng4+ is super critical. The similar looking alternative 13...Nxe4+ clearly loses to 14.Kg1 Ng3 15.Qg4 Nxh1 16.Nf3 Ng3 17.Qxg3 etc which leaves White with a simply peerless pair of bishops. 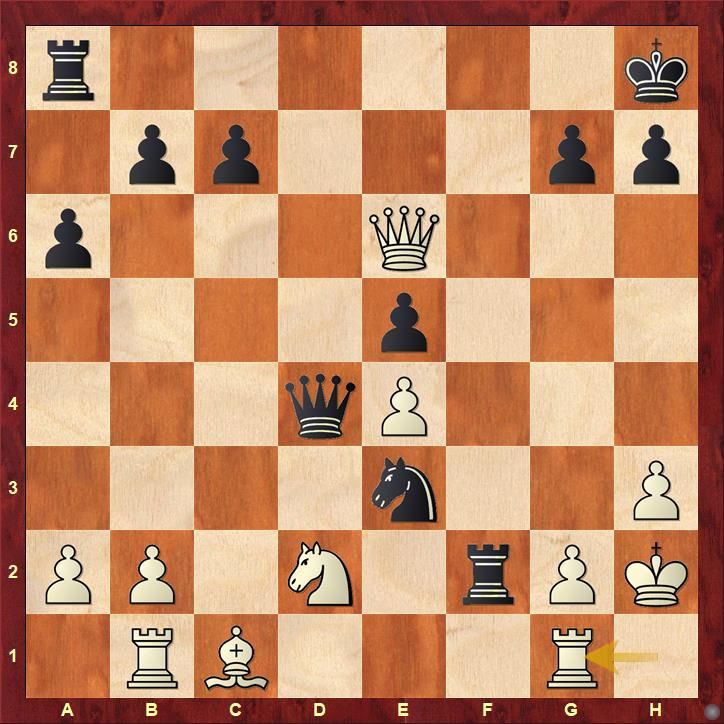 Thus, Black pressed on admirably and was almost on the verge of justifying his bishop sacrifice when in the above position the decisive error happened! 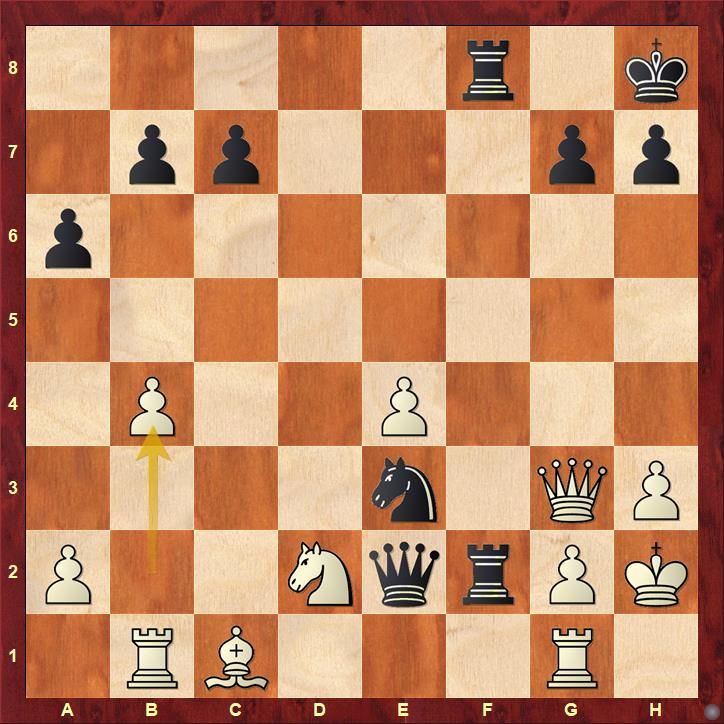 In the game 23.Qg3 Qe2 was played and White found the nice way to release the cramp with 24.b4! 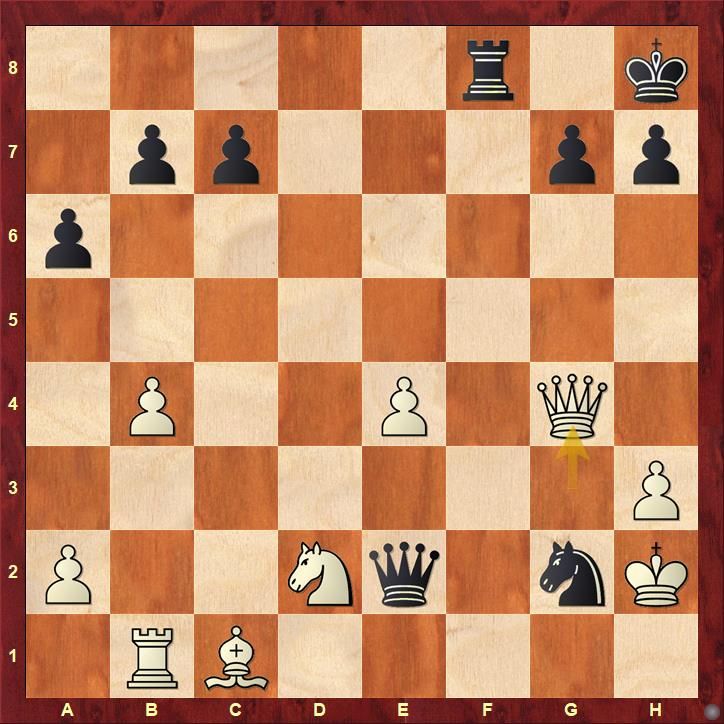 The above was the final position on board when Vishy called it a day. Note that Black here doesn't have any compensation whatsoever for a whole piece. 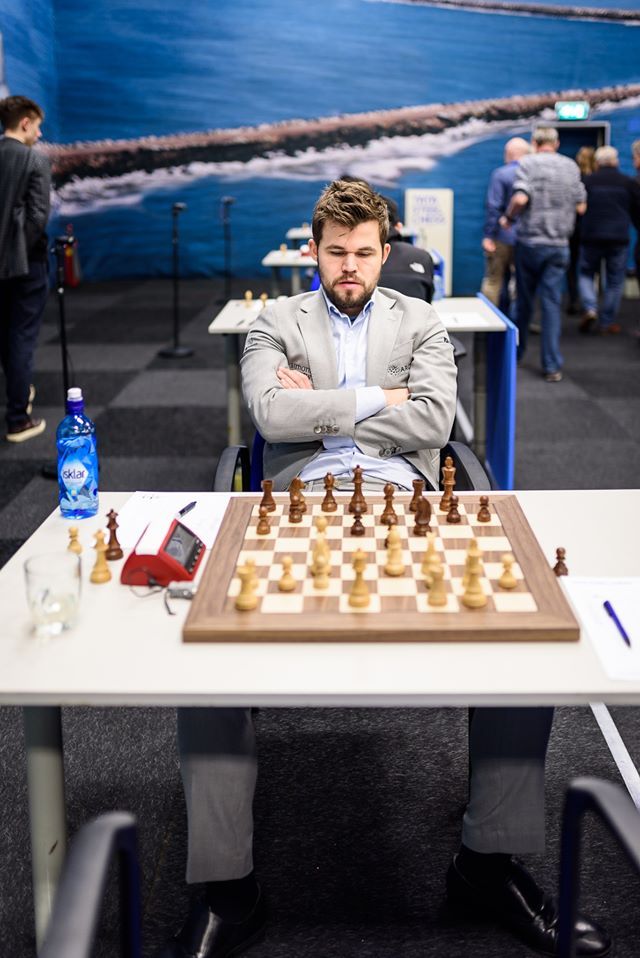 Magnus Carlsen drew his second game in a row yesterday. He employed an ambitious Sicilian against Yu Yangyi but failed to create any tangible chances. The point was split after 31 moves | Photo: Alina l'Ami 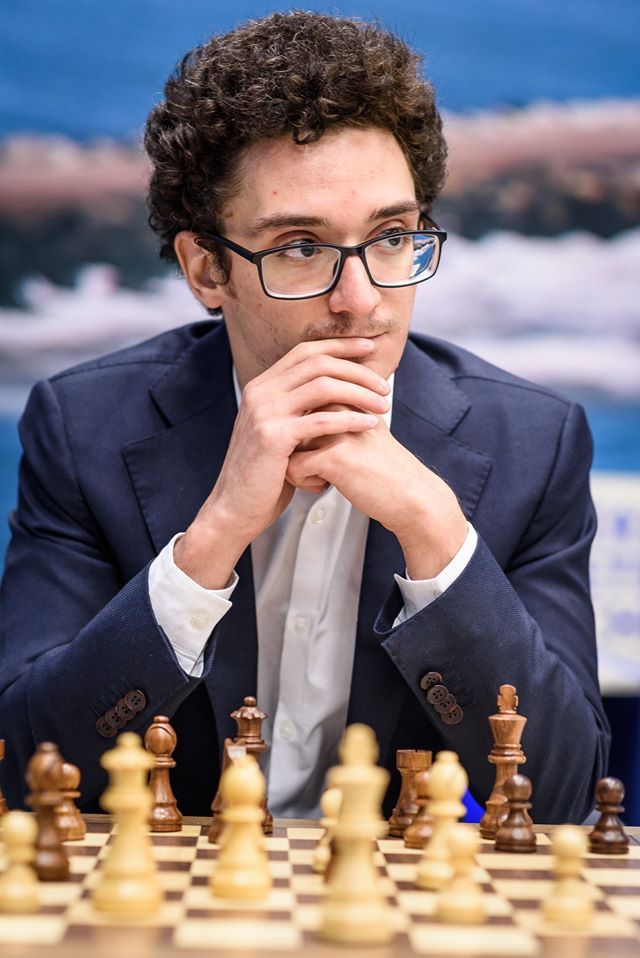 Fabiano Caruana held Anish Giri to a draw playing the black side of a classical Nimzo-Indian defense | Photo: Alina l'Ami 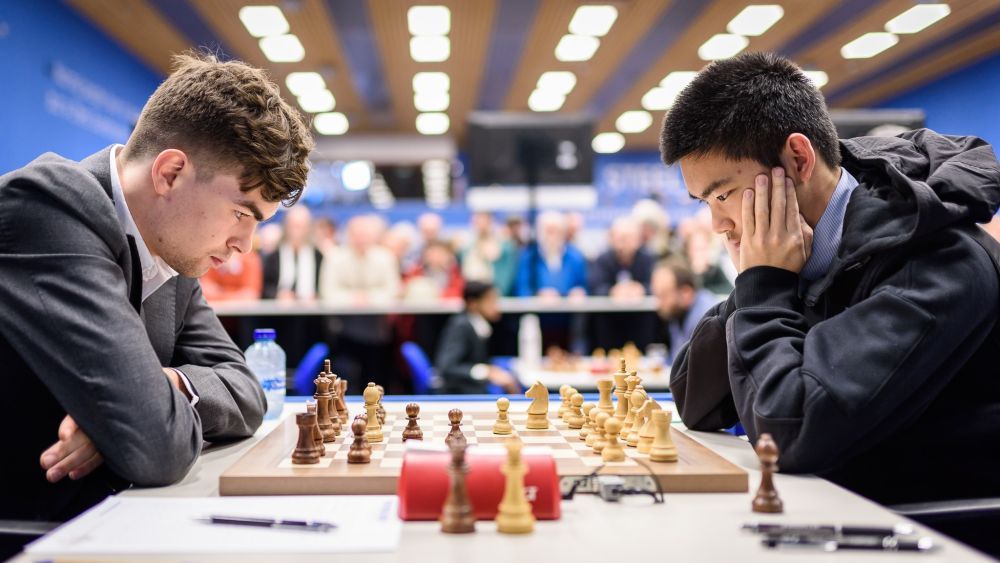 Jeffery Xiong beat Jorden Van Foreest in the second round quite comfortably with the white pieces and faces Magnus Carlsen in round three | Photo: Alina l'Ami 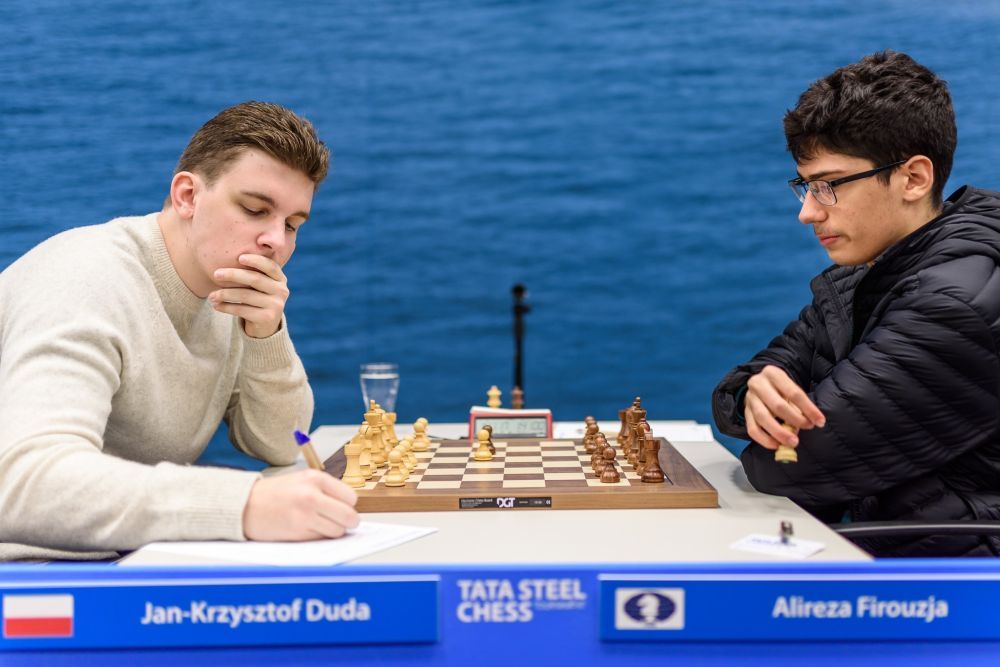 After winning his very first game Alireza Firouzja once again got some nice positions, this time with black pieces, against Jan-Krzysztof Duda but the game ultimately petered out to a draw | Photo: Alina l'Ami 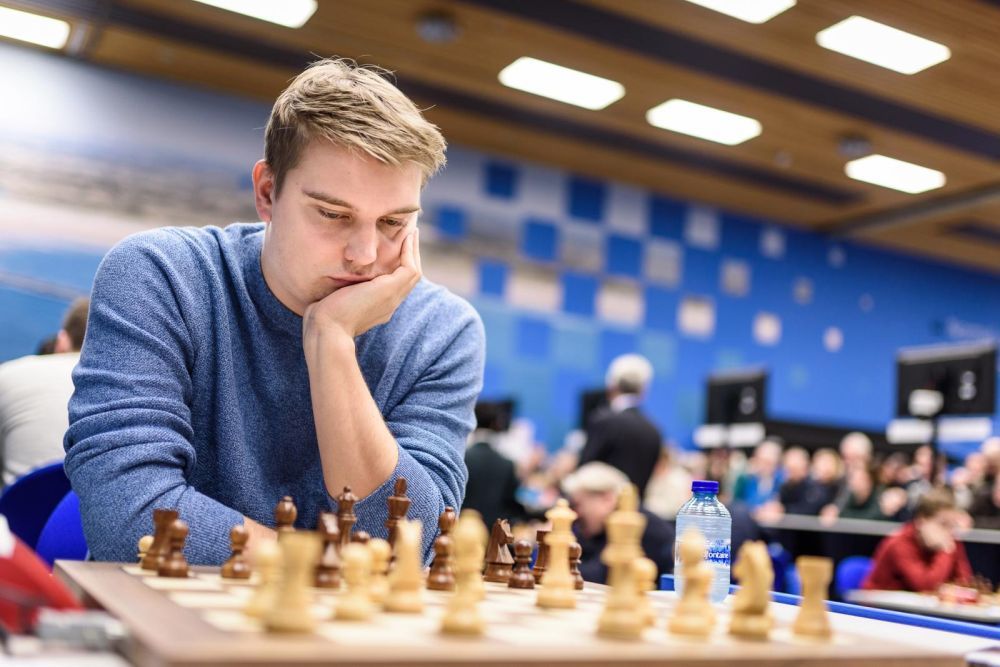 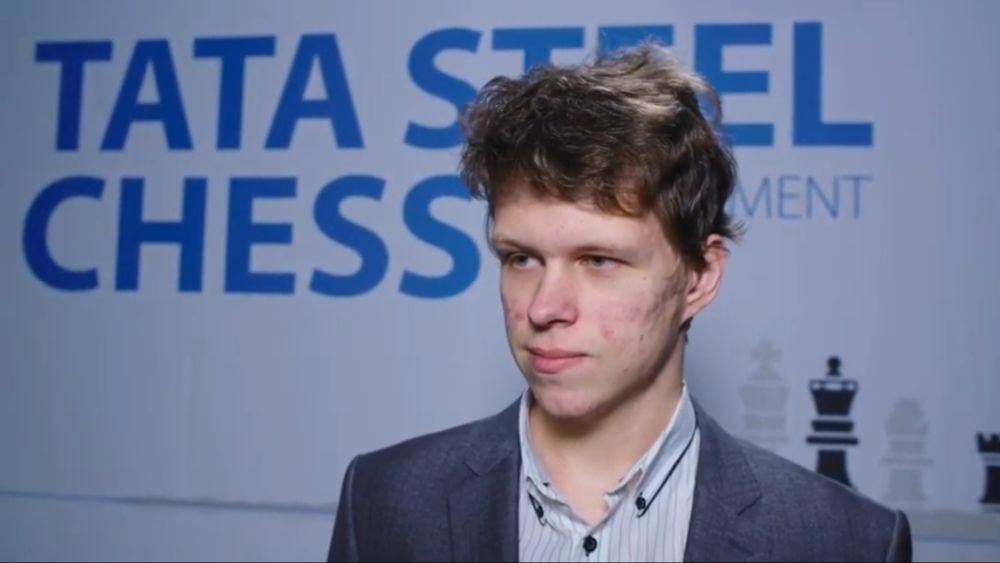 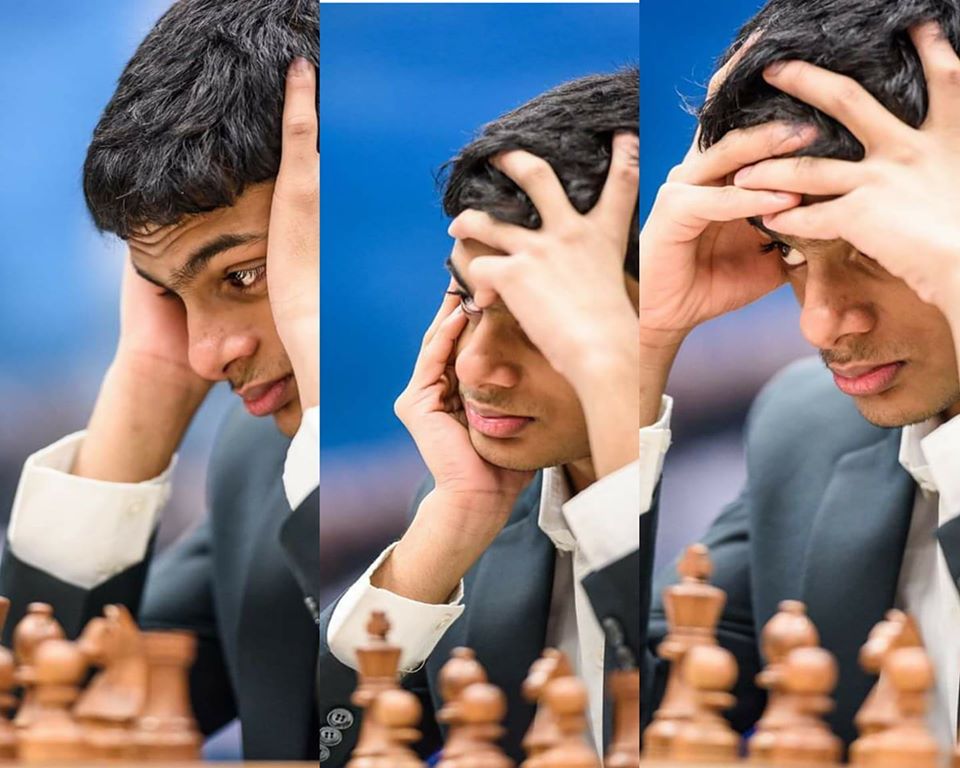 The stares of a fighter! | Photo: Alina l'Ami

Nihal Sarin has drawn both his games so far at the Tata Steel Chess Challengers 2020. The 15-year-old prodigy fought a gruelling battle spanning more than hundred moves against GM Nils Grandelius in the first round of the event, and in the second round proved his mettle once again by holding his own against the experienced Ukrainian player Pavel Eljanov.

Resourcefulness and adaptability are Nihal's greatest strengths. While in round one he tried his best to convert his edge with the white pieces, pushing a rook+bishop versus rook ending all the way to move 103; in round two he had to defend a worse position with Black out of a Sicilian Taimanov. The Indian phenom displayed amazing resilience in both occasions and is all set to take on Anton Smirnov today in the third round of the event. 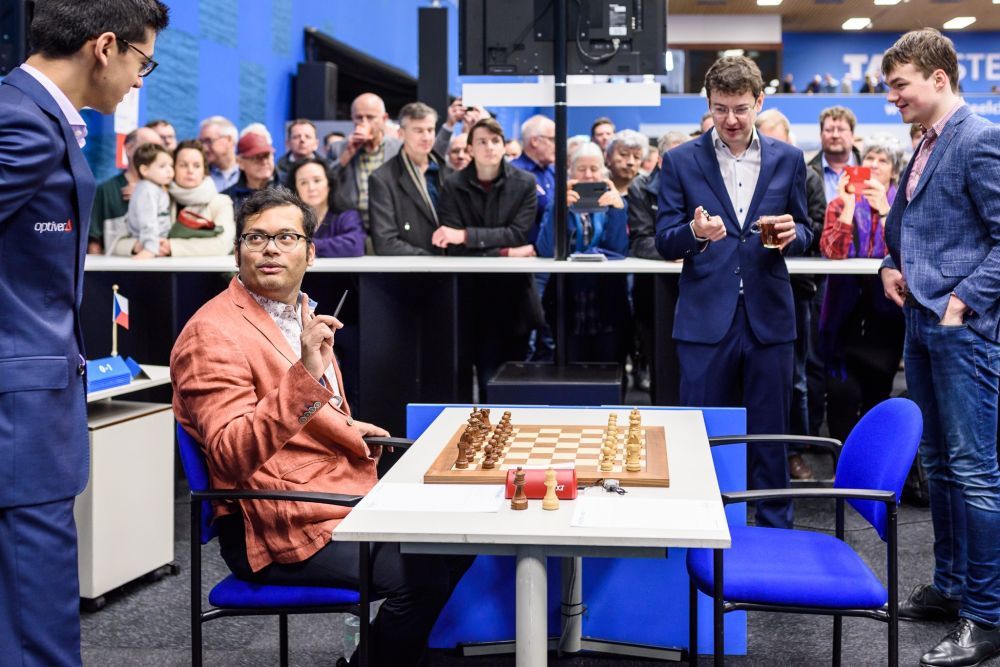 Surya Sekhar Ganguly played a solid game with Black after his first round's victory and held Lucas Van Foreest to a draw in an opposite coloured bishop ending | Photo: Alina l'Ami