As a fan of the sport, one could not have asked for a better day at the Tata Steel Chess 2023. The seventh round witnessed the maximum number of decisive games in both Masters and Challengers section. Nodirbek Abdusattorov defeated Arjun Erigaisi to increase his sole lead by a full point 5.5/7. R Praggnanandhaa and Wesley So won their respective games to join Anish Giri and Fabiano Caruana at 4.5/7 each. Magnus Carlsen got back to winning ways by defeating Richard Rapport. IM Vaishali beat her second consecutive GM of the event, Brazil no.1 Luis Paulo Supi. Round 8 for both Masters and Challengers section starts today at 6:30 p.m. IST. Photo: Lennart Ootes/Tata Steel Chess Tournament 2023 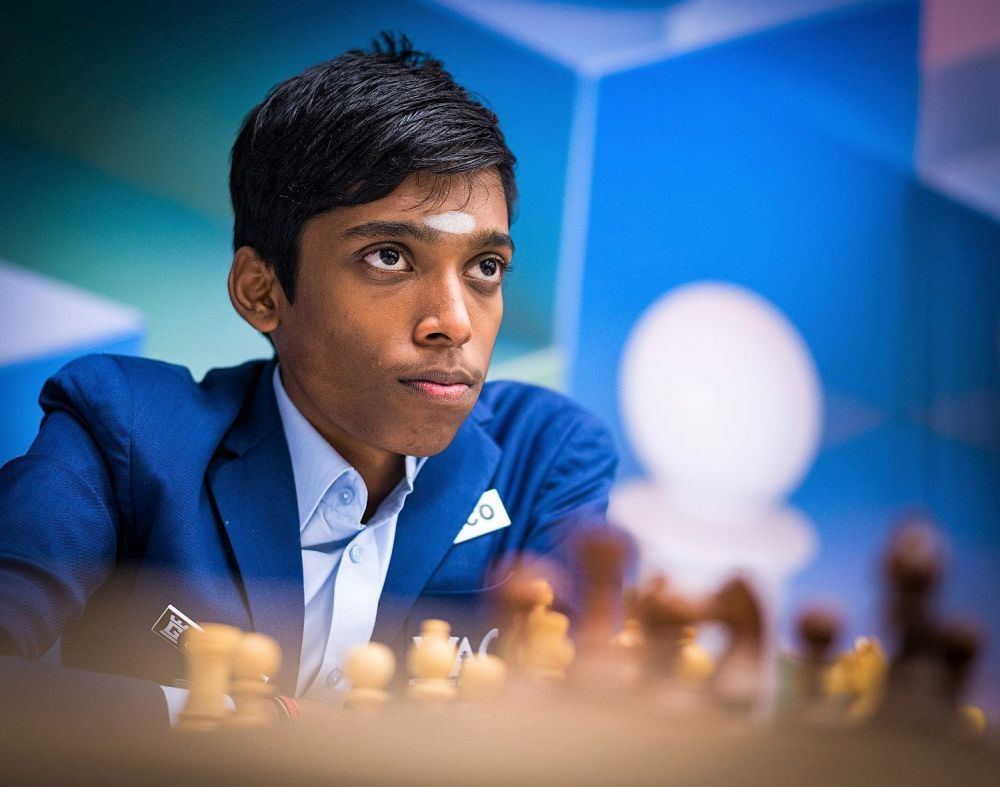 Arjun Erigaisi (2722) continued his play of exciting chess in this event. He played aggressively and advanced his kingside pawns. According to his opponent, Nodirbek Abdusattorov (UZB, 2713), White had to play 17.h4 when he went 17.Qc2. 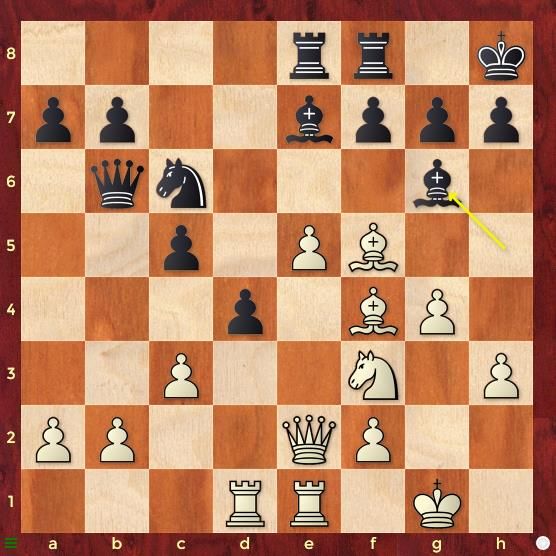 Jorden van Foreest (NED, 2681) made a surprising decision to sacrifice his pawn early 10...b4 for almost little to no compensation. R Praggnanandhaa (2684) was not expecting his opponent to play 4...Bf5 line in the Slav Defence. 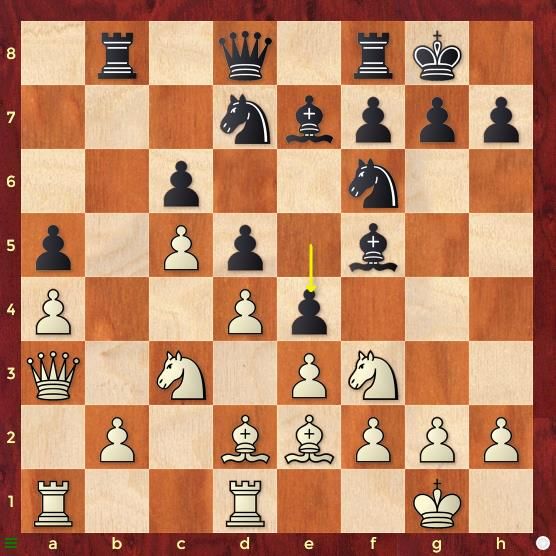 Praggnanandhaa thought that 15...e4 was a very bad move by Black which stopped all counterplay possibilities. Afterwards, White had an easy play to go for b4-idea 16.Ne1 Bg4 17.Rdb1 Qc7 18.h3 Bxe2 19.Nxe2 Qa7 20.b4. White consumed a lot of time and it cost him a few hours of play as mentioned by him in the post-game interview. 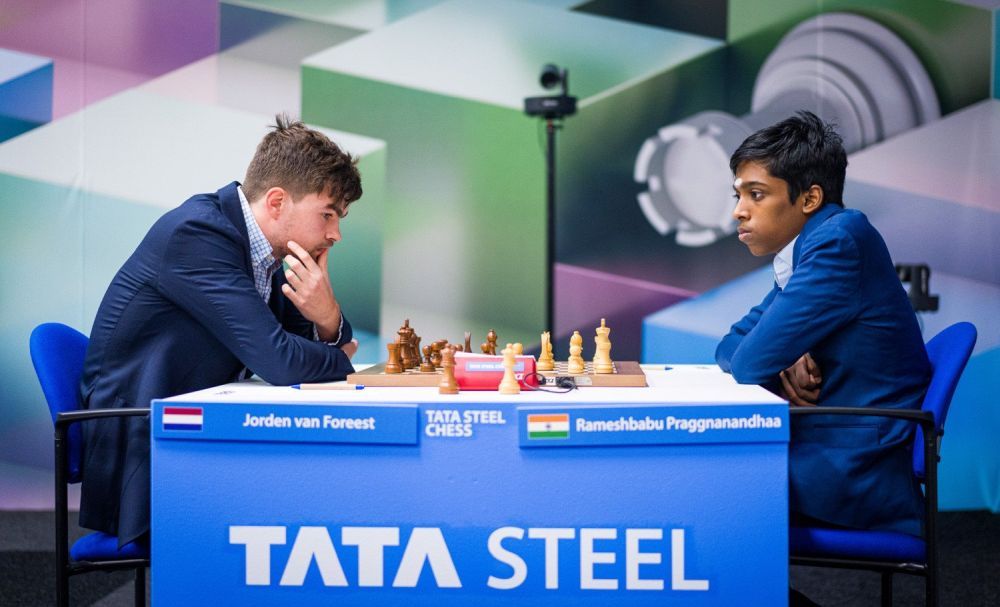 Exchanging pieces is the best way to reduce the intensity of opponent's attack. D Gukesh (2725) should have traded his bishop for the knight at f4 at the first opportunity he got. As his opponent, Wesley So (2760) said, 16 moves in five minutes at this event is certainly not going to be an easy task. 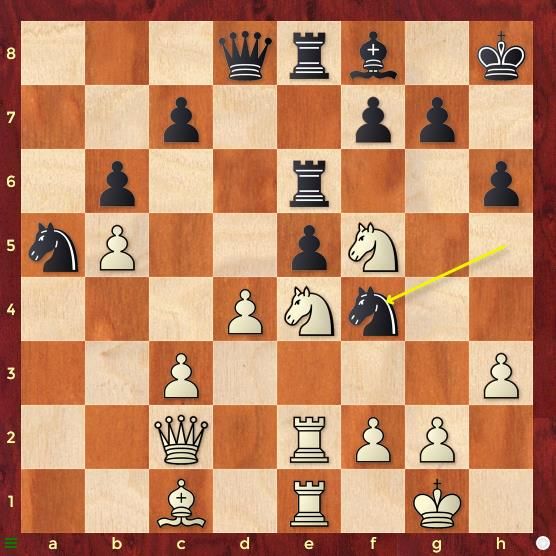 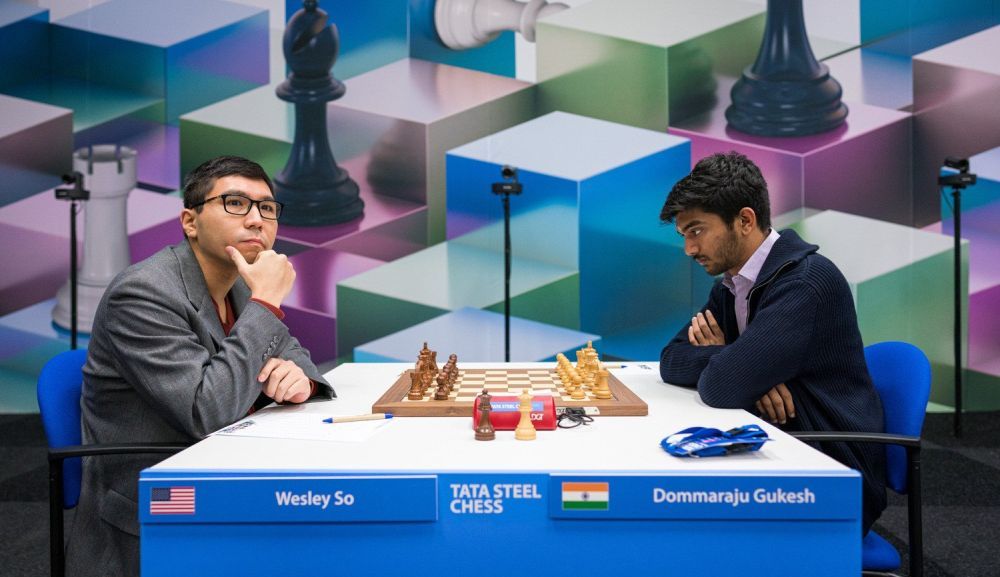 IM Vaishali R (2425) registered her second consecutive victory. Her opponent, Brazil no.1 GM Luis Paulo Supi (2608) made a thematic exchange sacrifice in the Sicilian Najdorf. However, he was unable to get things going. Eventually a blunder before the first time control ended cost him the game in an already dwindling position. 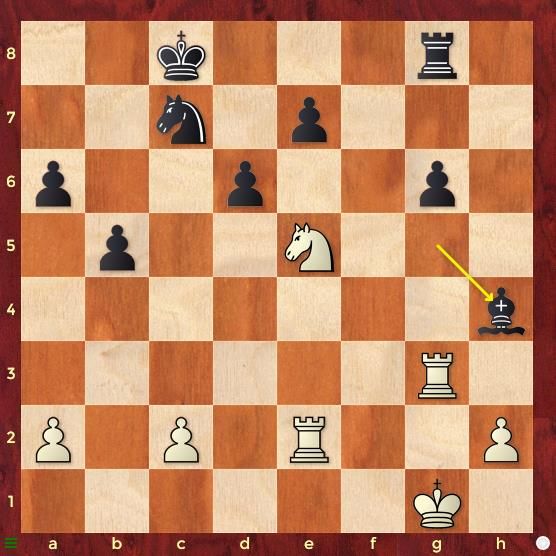 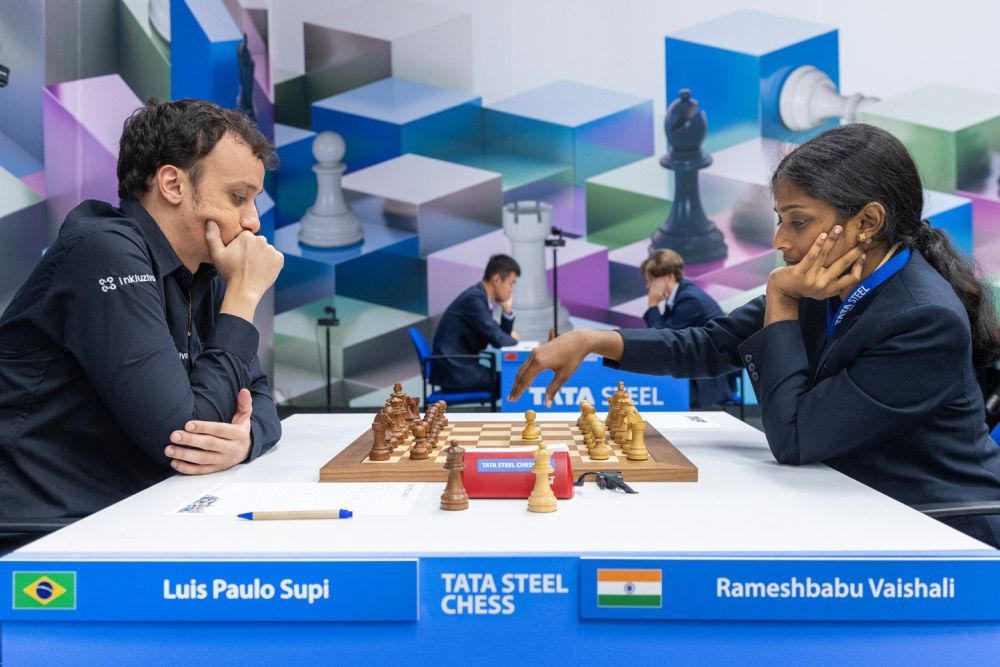 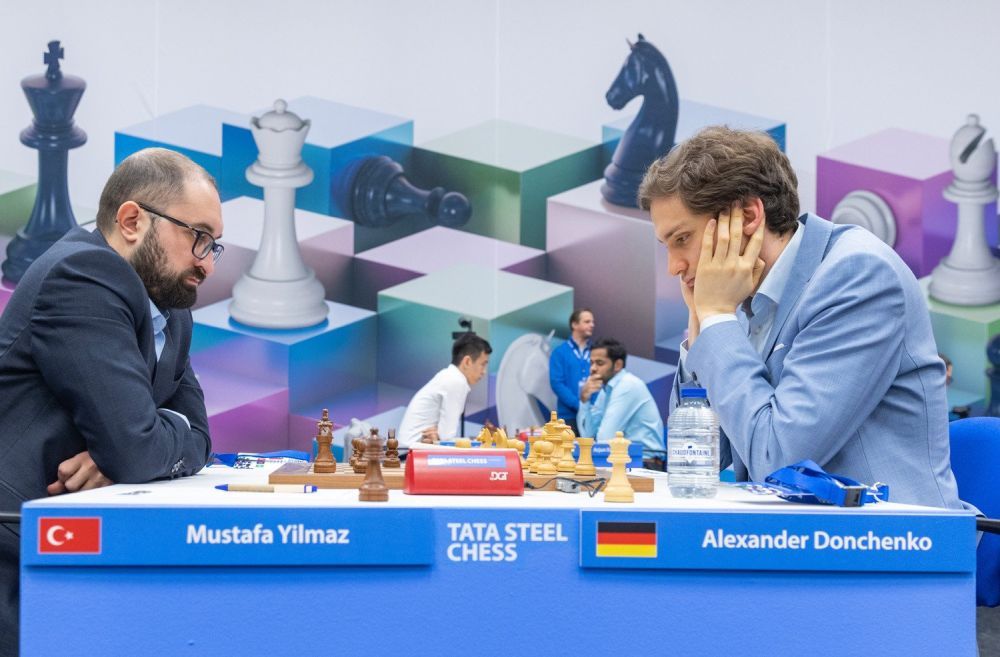 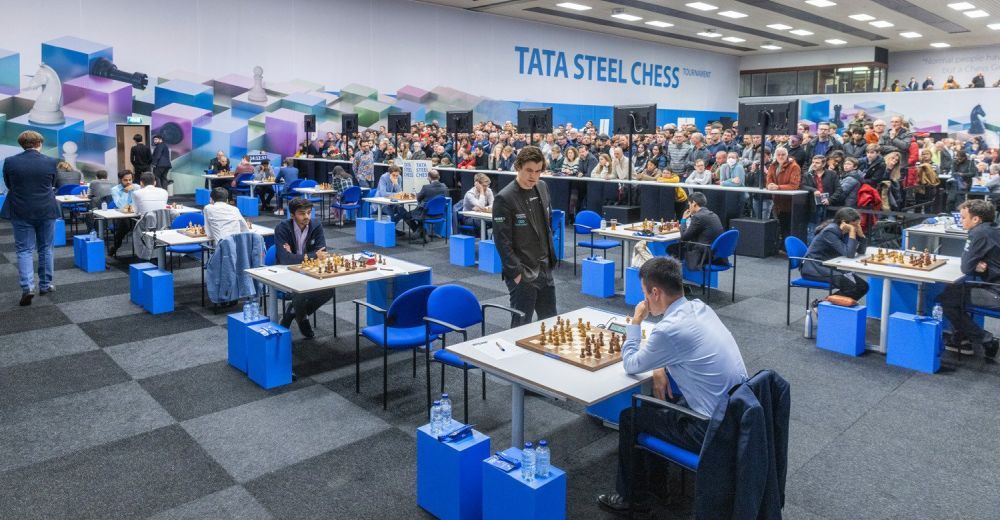 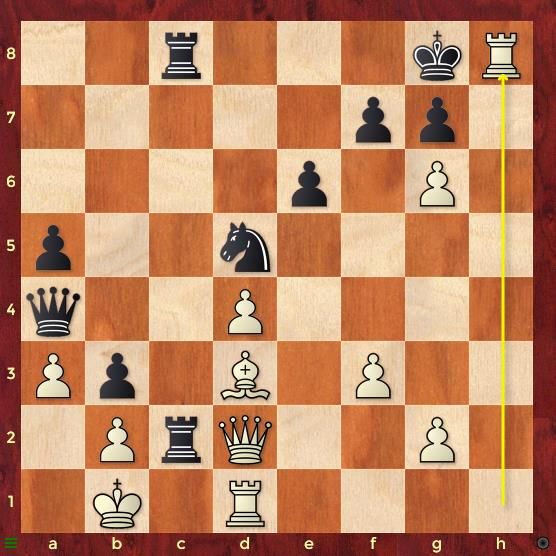 It would be a remiss if I do not mention a fantastic finish by the reigning Netherlands champion, GM Erwin l'Ami (2627) against the previous champion, GM Max Warmerdam (2616) in the previous round six. What's the best way to finish off a game with a beautiful tactic? Doing it against someone who likes to play sharp chess himself. 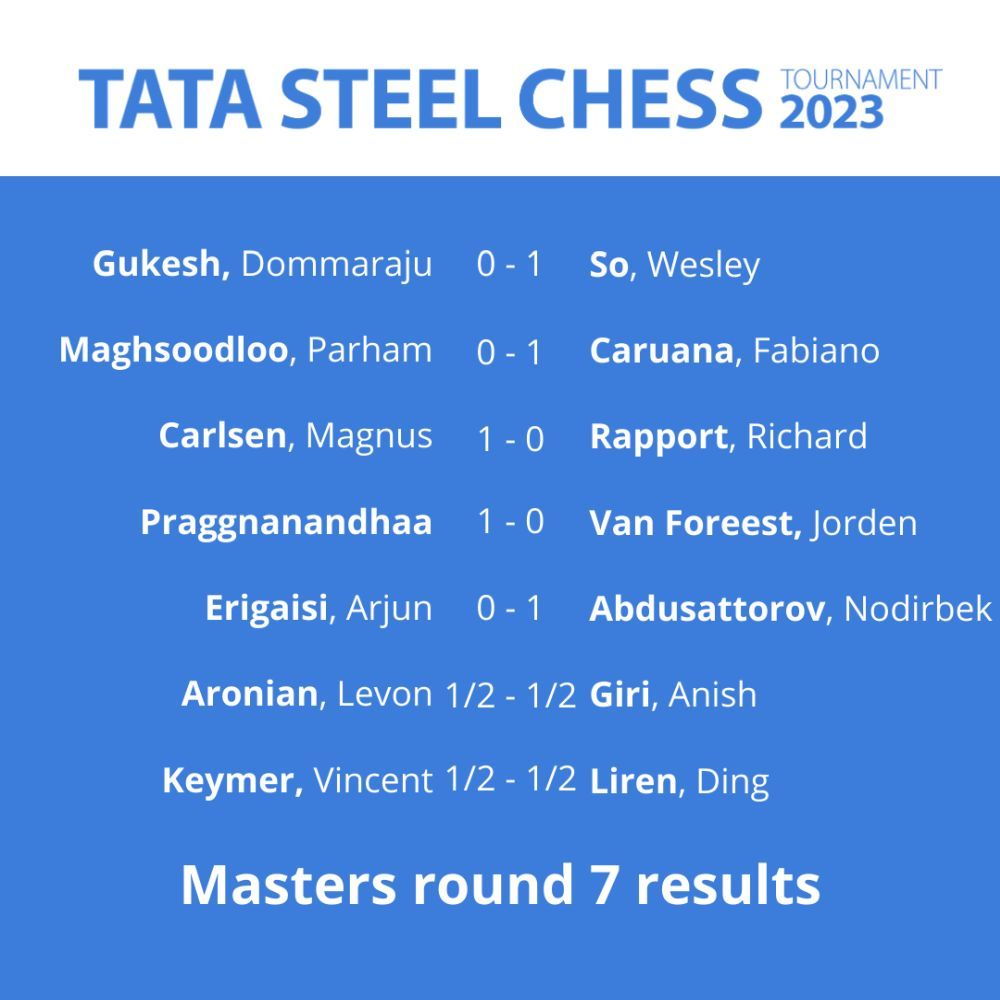 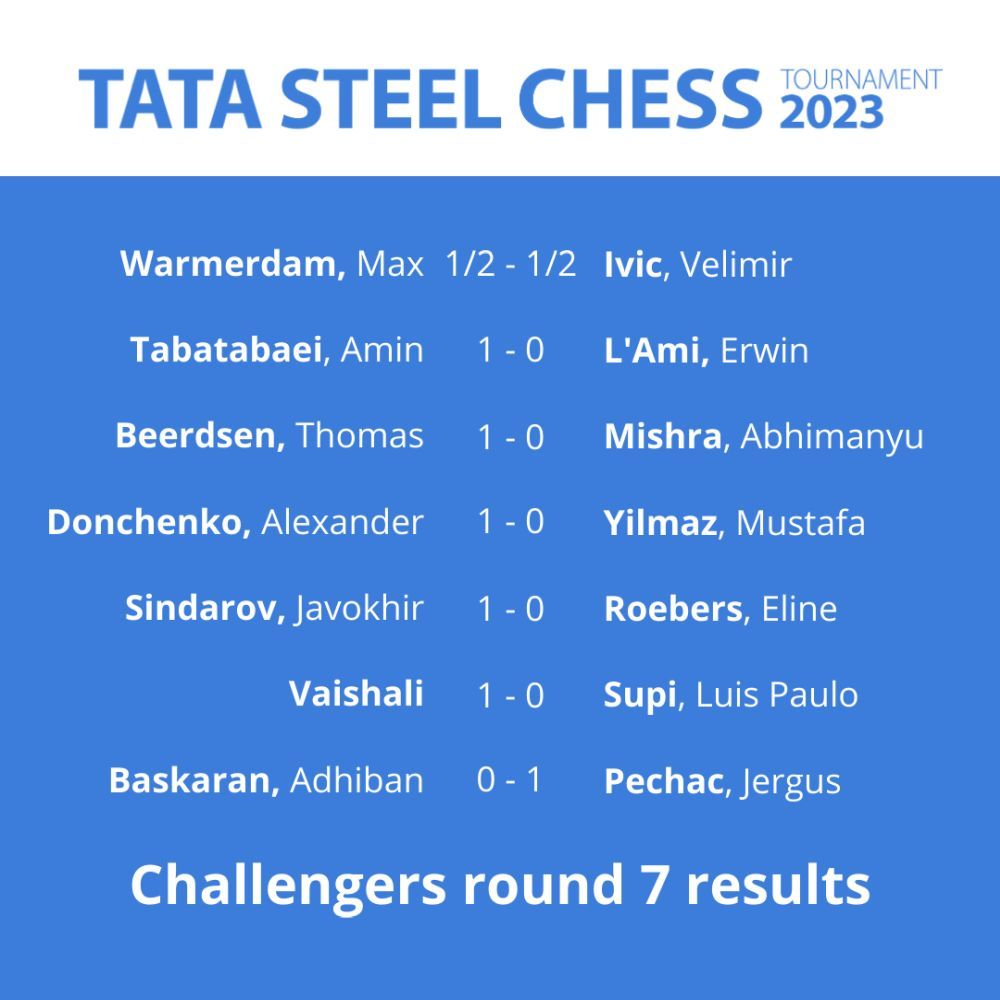 Six games had decisive results and only one ended in a draw | Photo: Tata Steel Chess 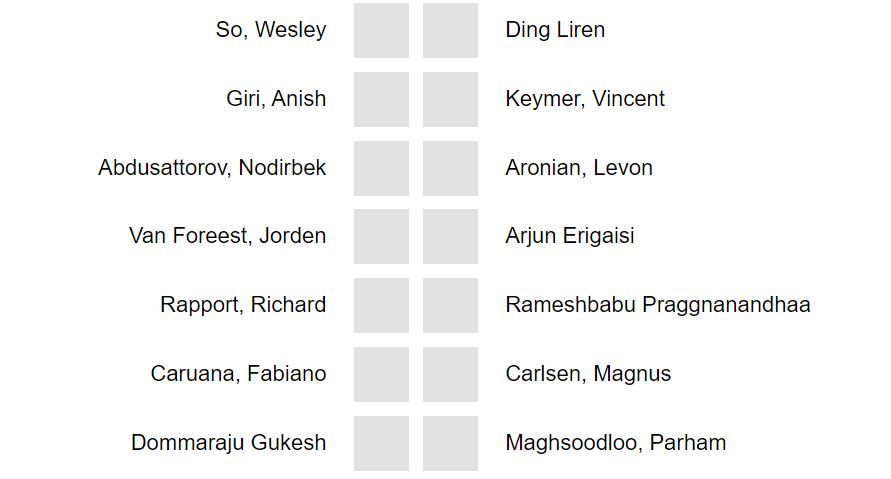 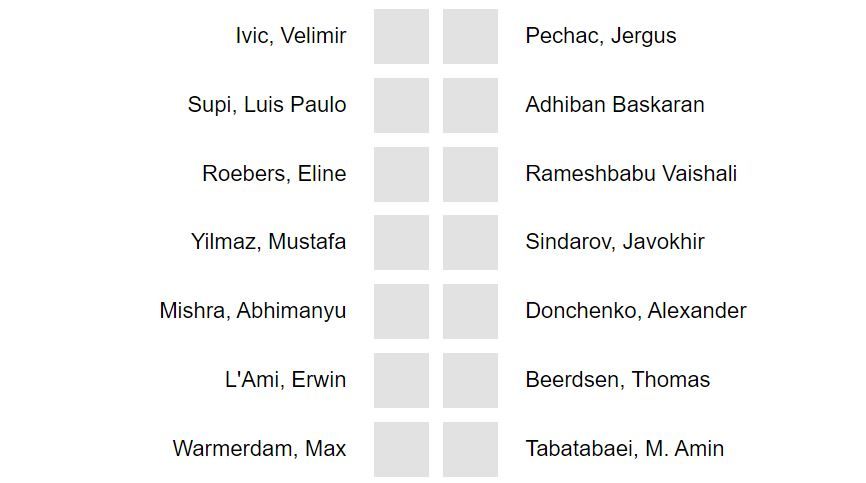