Fabiano Caruana scored the sole victory of the round in the Masters section. In an unclear position, Tata Steel Chess Masters 2021 winner, Jorden van Foreest blundered a pawn. Arjun Erigaisi almost stumbled his way in the endgame. The win was not easy to find for Aronian and the game ended in a draw. Gukesh had a solid draw with Abdusattorov. Praggnanandhaa could have pressed further if he had not traded the rook in the endgame against Keymer. B Adhiban drew with Donchenko and Vaishali lost to Sindarov. Round 4 starts today at 6:30 p.m. IST. Photo: Lennart Ootes/Tata Steel Chess Tournament 2023

Three decisive games in the Challengers 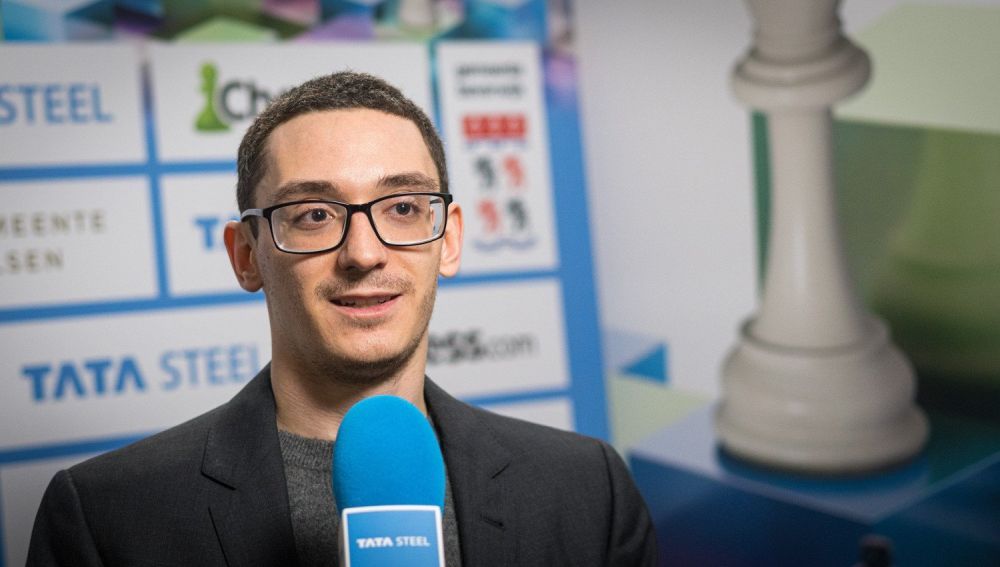 Fabiano Caruana is now one of the five leaders at 2/3 | Photo: Lennart Ootes/Tata Steel Chess Tournament 2023

Jorden van Foreest (NED, 2681) opted for Petroff's Defence against Fabiano Caruana (USA, 2766). The former World Championship Challenger was not expecting it but he had no trouble handling the preparation which seemed dubious for Black. 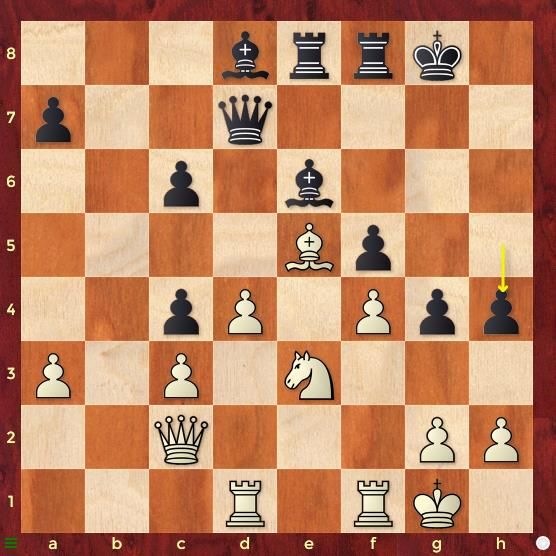 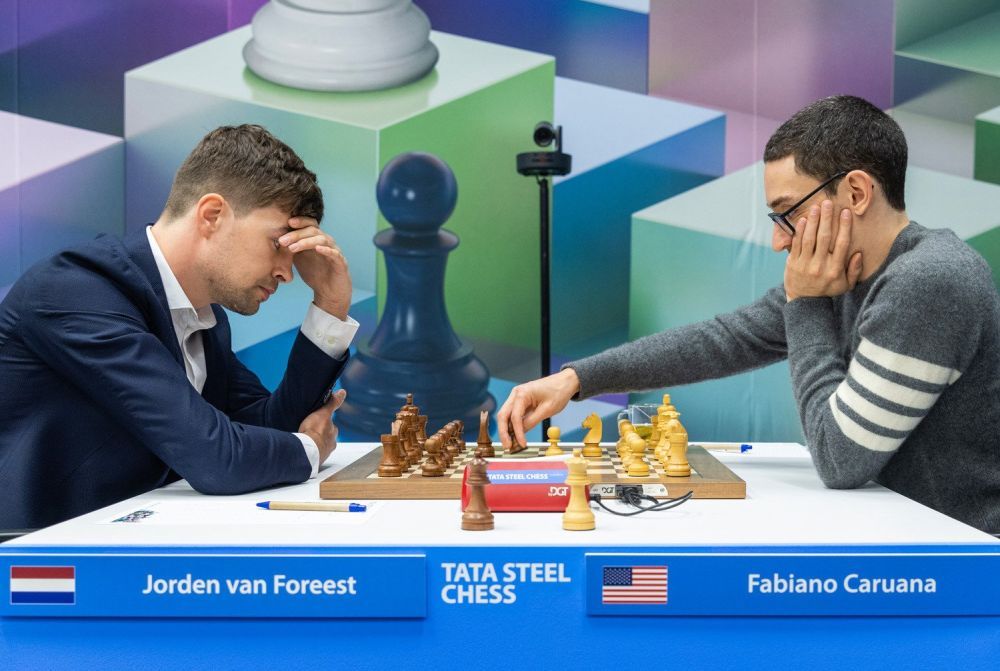 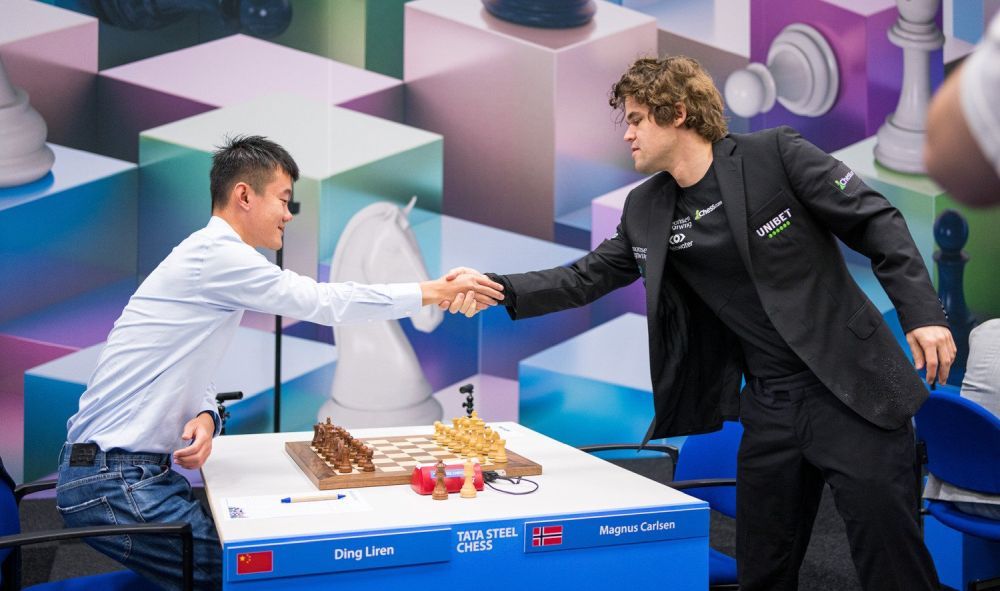 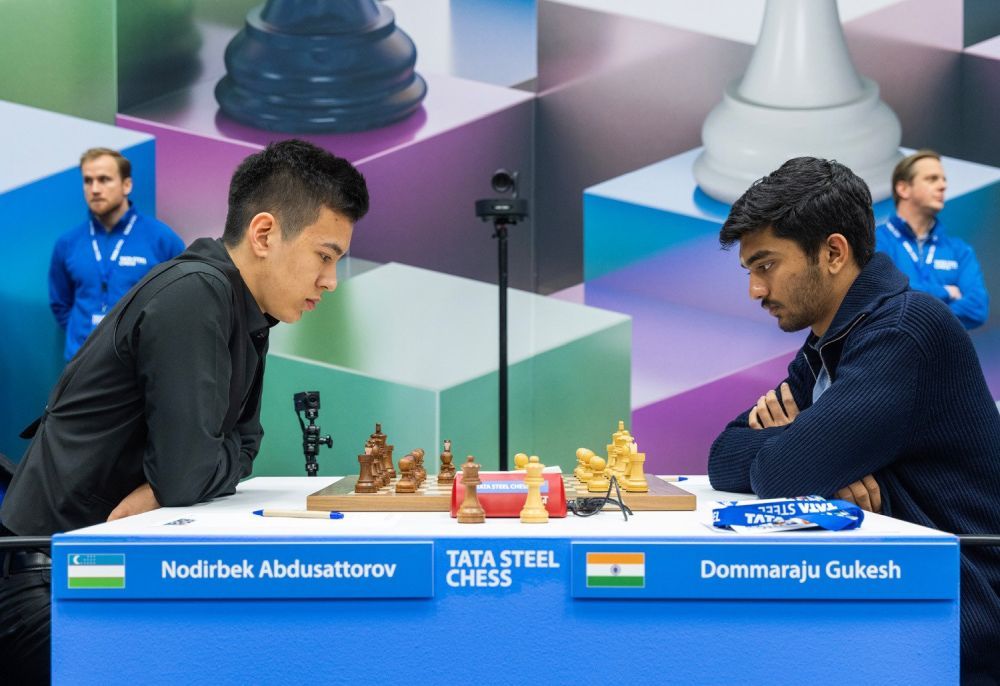 Arjun Erigaisi (2722) made a tiny slip in the knight vs bishop endgame against Levon Aronian (USA, 2735). It was not easy to find the win. 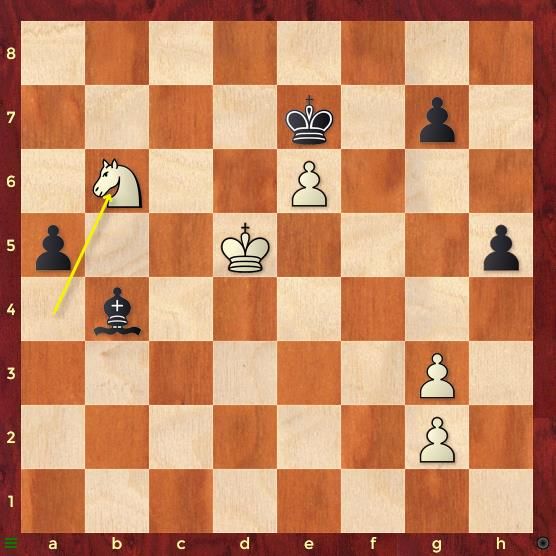 Arjun Erigaisi saved a half point from the brink of a loss | Photo: Lennart Oottes/Tata Steel Chess Tournament 2023

R Praggnanandhaa (2684) probably would have had better chances if he did not exchange his rook against Vincent Keymer (GER, 2696). 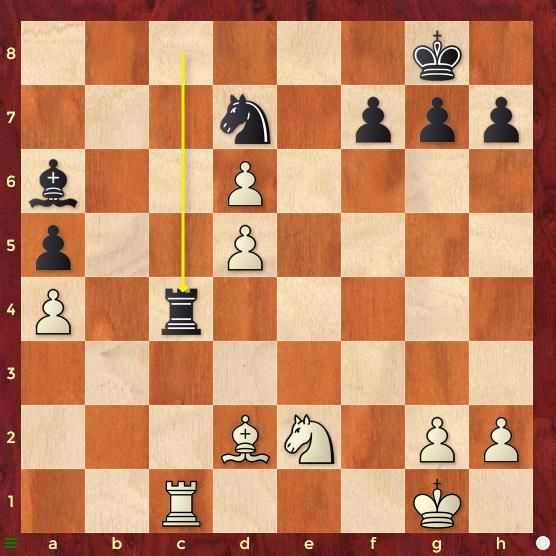 29.Nc3 followed by Re1, Re7 invasion would have probably been a better practical attempt than trading the rook immediately. 29.Rxc4 Bxc4 30.Nd4 leads to a draw. 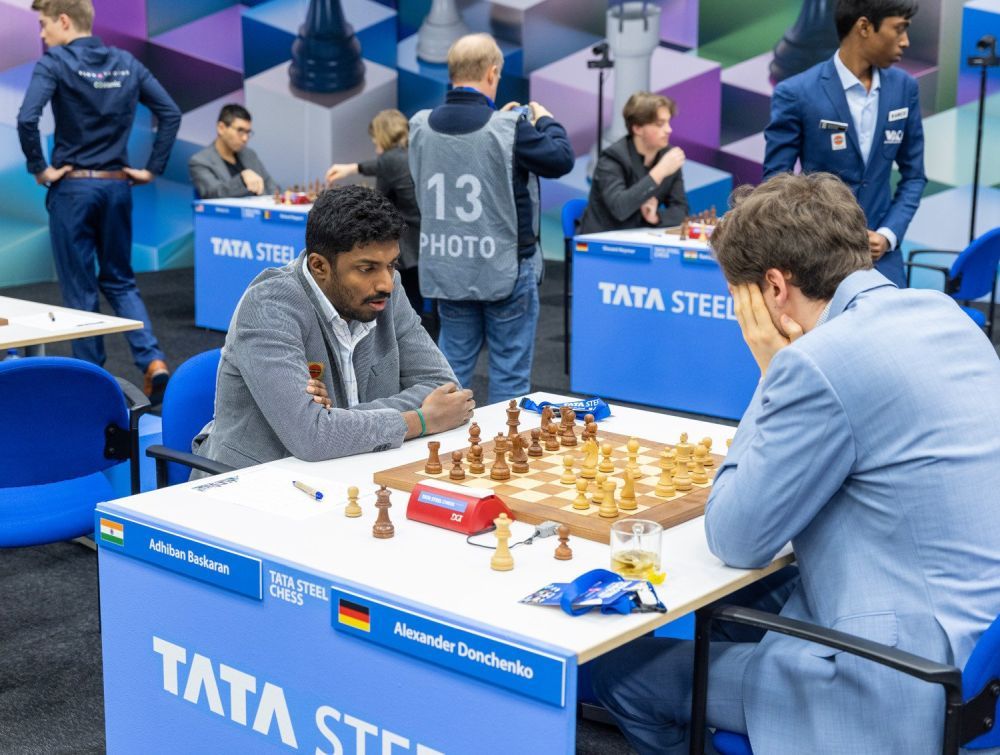 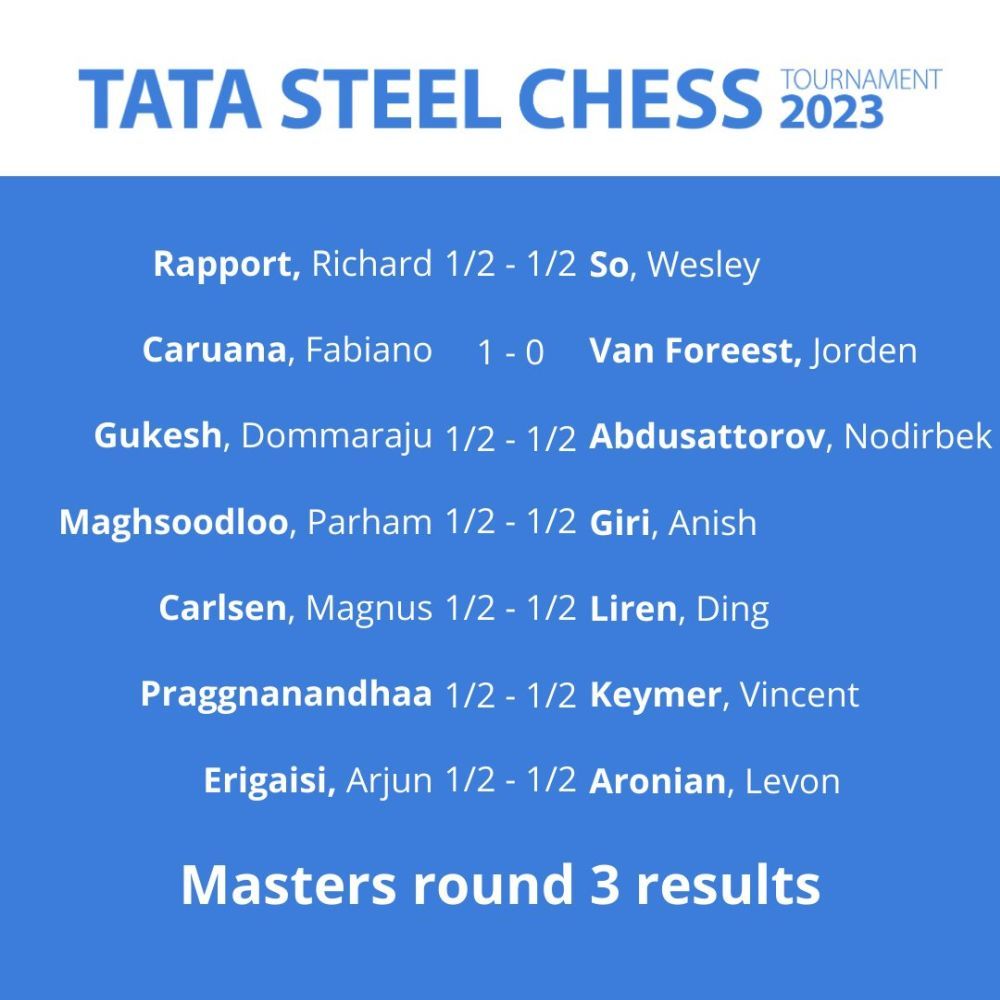 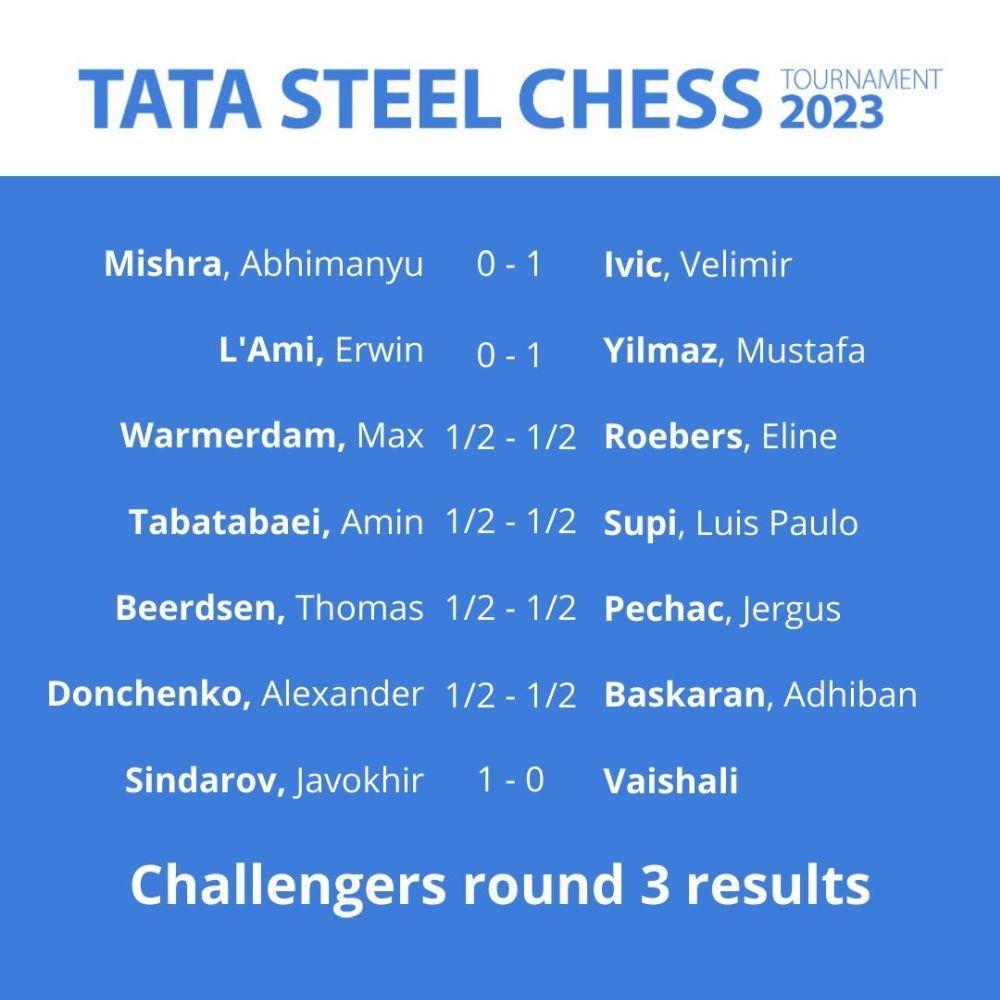 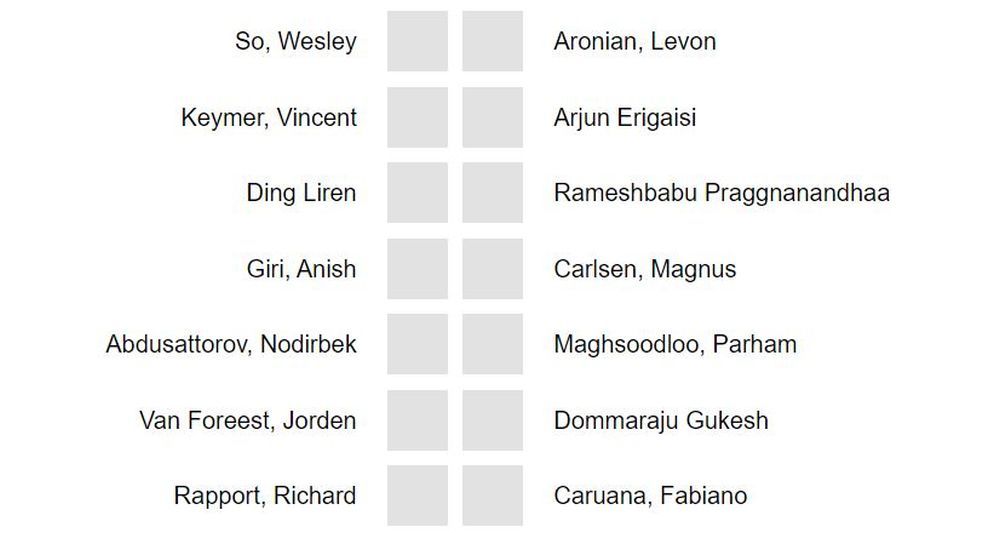 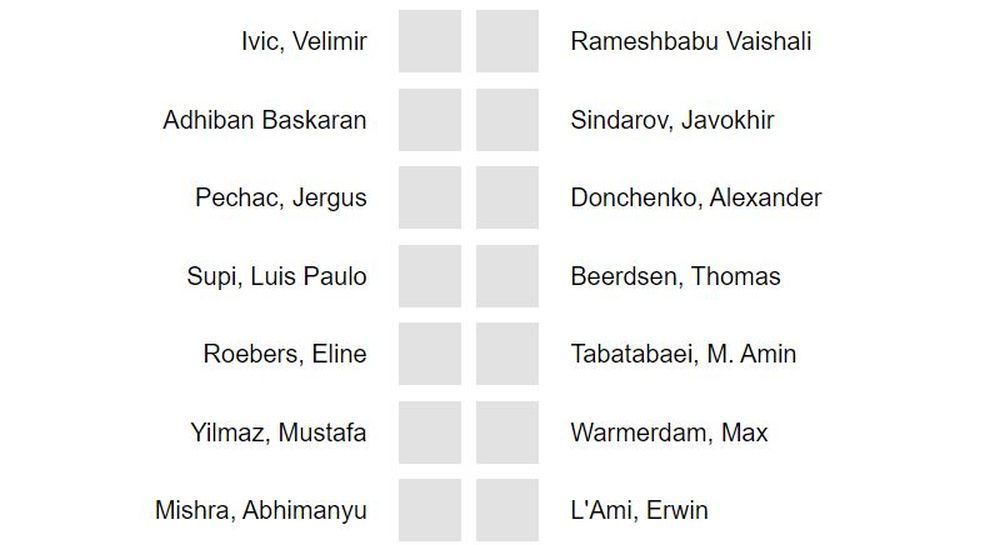 Five players are at 2/3 in the Masters section | Photo: Official site