It is not everyday we get to see Anish Giri sacrificing a piece, let alone three. In the second round of 85th Tata Steel Chess 2023, Giri defeated Gukesh by making a thematic knight, followed by two rook sacrifices for a queen. In a post-game interview, Giri mentioned that it was part of his preparation. 17...Kh8 only invited the trouble. Arjun Erigaisi made an impressive draw against Wesley So in their first-ever Classical encounter. According to So, a lot of players would not have played 18...g5 which Arjun deemed to be a necessity. Carlsen scored the only other victory of the round in the Masters section. Round 3 starts today at 6:30 p.m. IST. Photo: Lennart Ootes/Tata Steel Chess Tournament 2023

Praggnanandhaa made a solid draw with Levon Aronian. GM B Adhiban was disappointed with himself for missing out a win against IM Thomas Beerdsen (NED). IM R Vaishali lost on time in an already difficult position against GM Alexander Donchenko (GER). The teenager IM Eline Roebers scored a sensational victory over the reigning Netherlands champion, GM Erwin l'Ami. 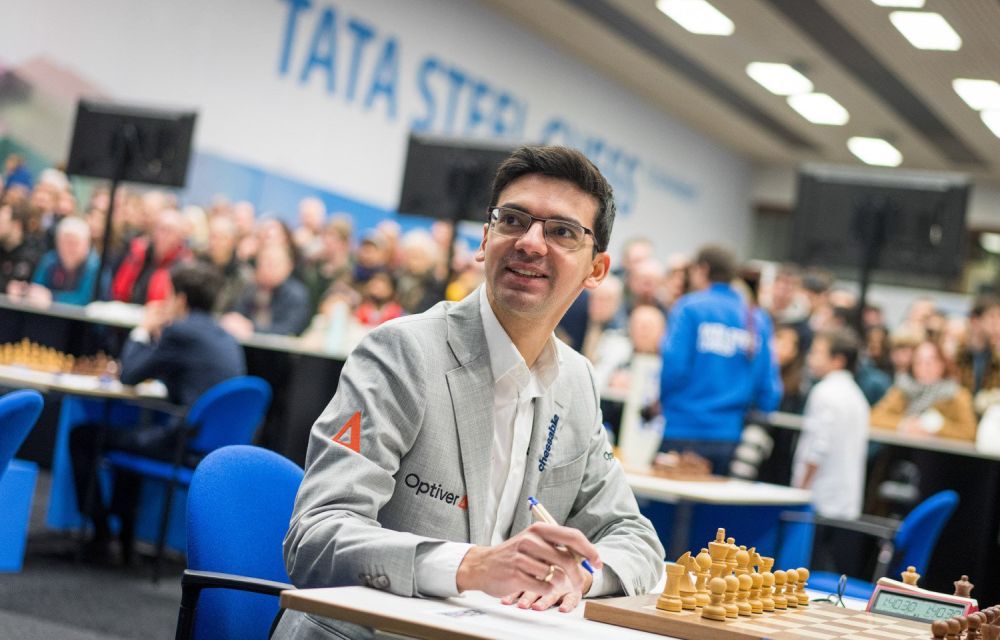 The world no.1 Magnus Carlsen (NOR, 2859) opted for the Grunfeld against the Germany no.1 Vincent Keymer (2696). The teenager got himself in a difficult position in the middlegame. It followed a tactical error which did not help his case. 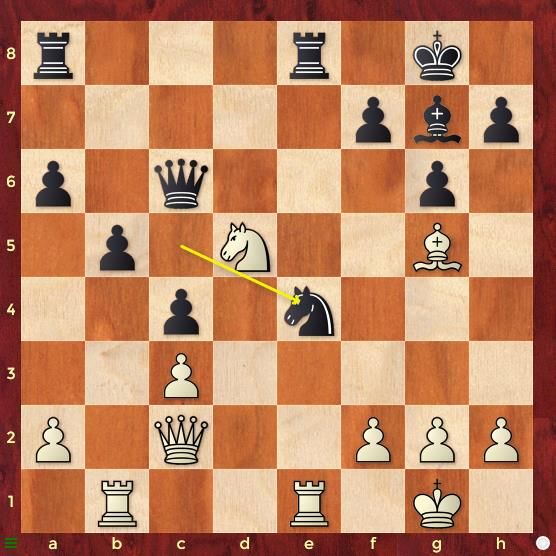 28.Bg5 threatening Ne7+ does not work due to Nxe4 which is what happened in the game. 29.Ne7+ Rxe7 30.Bxe7 Nxc3 Black gained two critical pawns for the exchange. Vincent kept fighting despite the position not giving much to make a comeback. 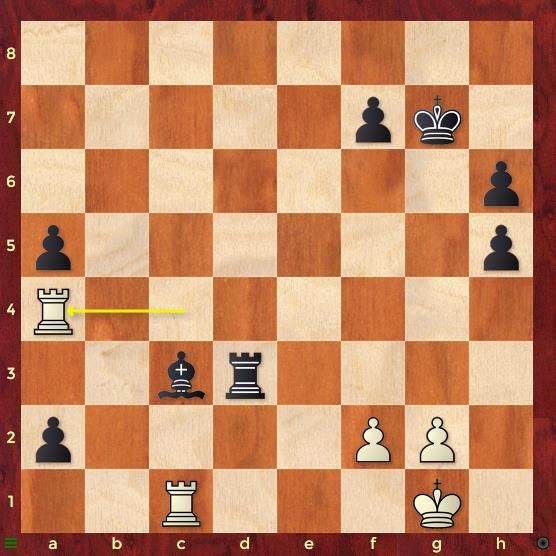 43...a1Q 44.Rcxa1 Bxa1 45.Rxa1 Rd5. The endgame expert had no trouble converting his advantage into a win, although first he went for his king's transfer to the queenside, later he realized that the three pawns on the kingside is what will fetch him the win. 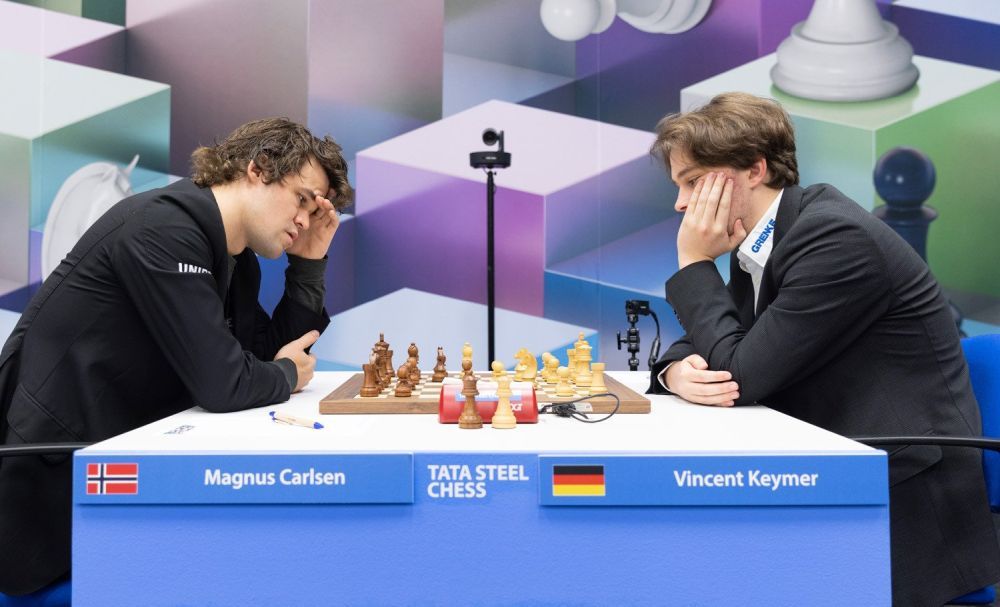 Arjun Erigaisi (2722) had a difficult position against the former World Fischer Random champion, Wesley So (USA, 2760). 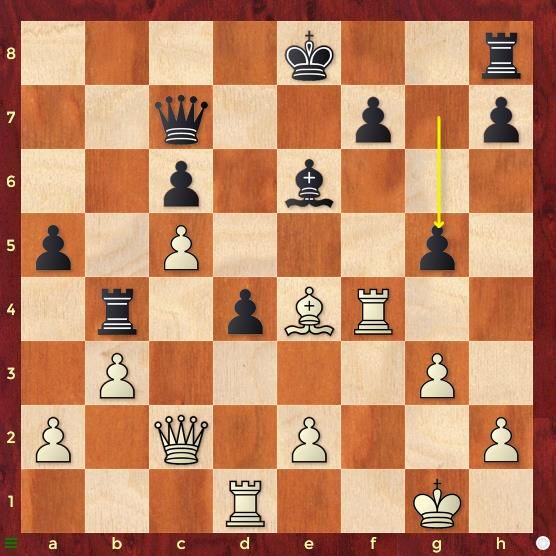 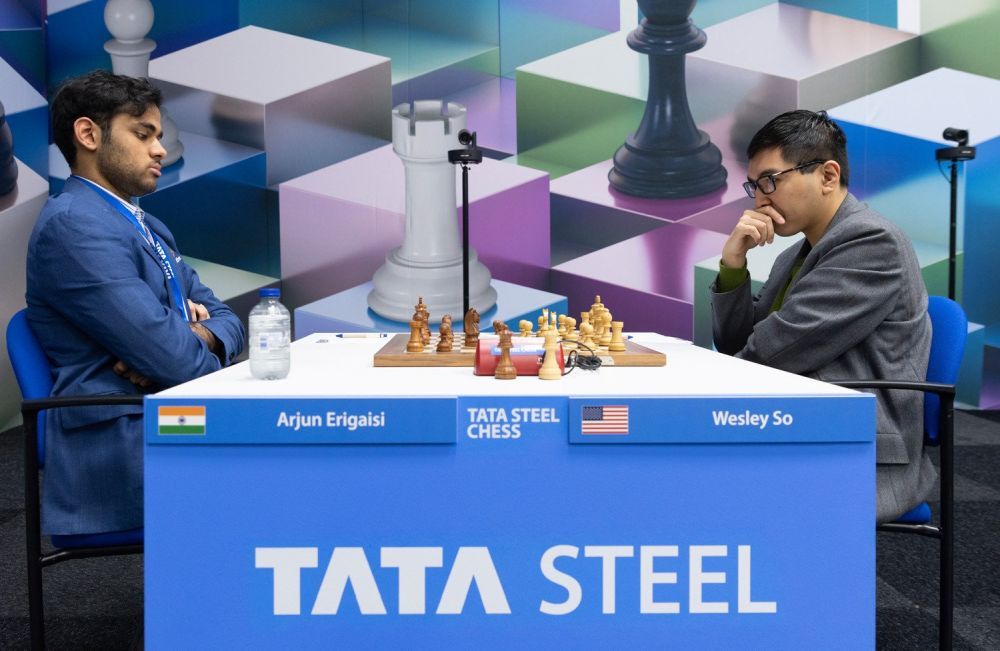 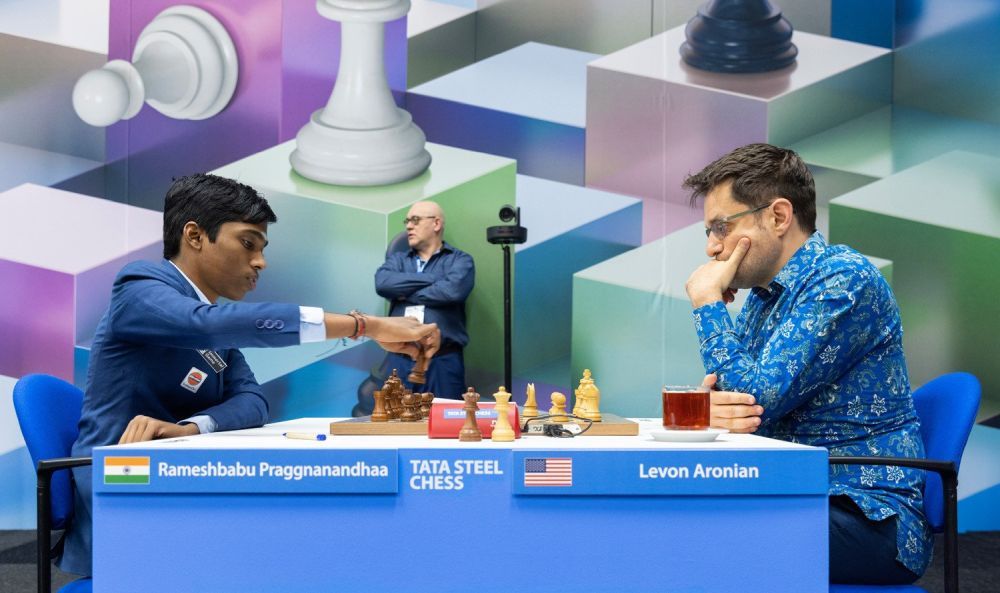 D Gukesh (2725) neglected the development of his pieces and had to pay a heavy price for it. World no.7 Anish Giri (NED, 2725) channeled his inner Tal. 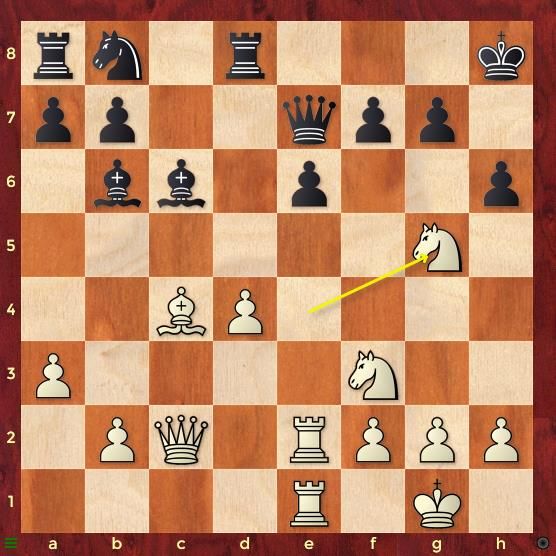 Replay the game in an interactive format at ChessBase India Academy - ChessRanga here. 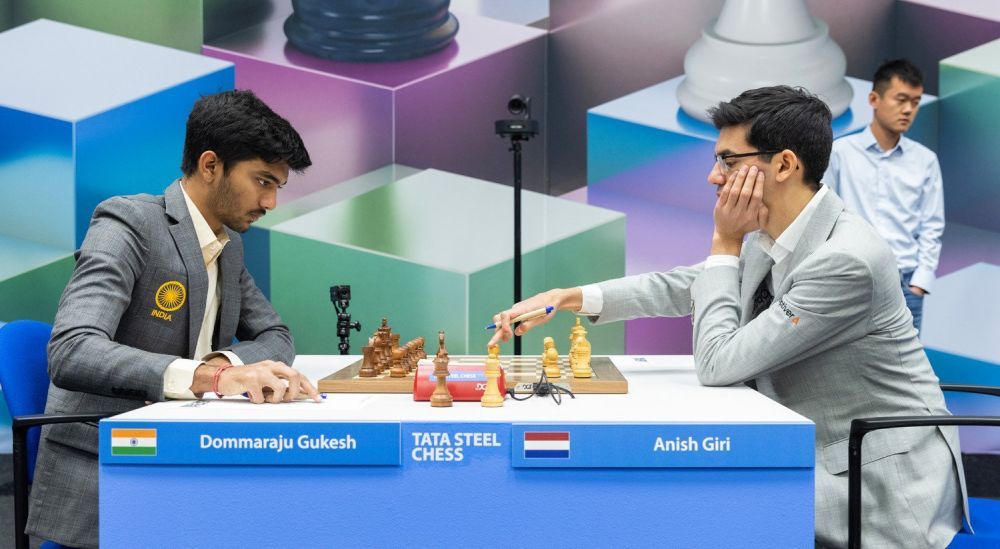 GM B Adhiban (2610) had a rollercoaster of a game against IM Thomas Beerdsen (NED, 2515). The game could have gone either players way. It was certainly not easy to predict that the game would end in a draw. 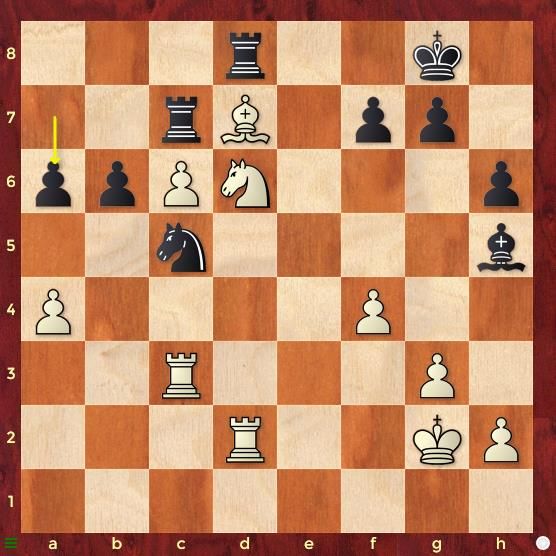 The 16-year-old prodigy IM Eline Roebers (NED, 2361) made the most of her opportunity against the reigning Netherlands champion, GM Erwin l'Ami (2627). 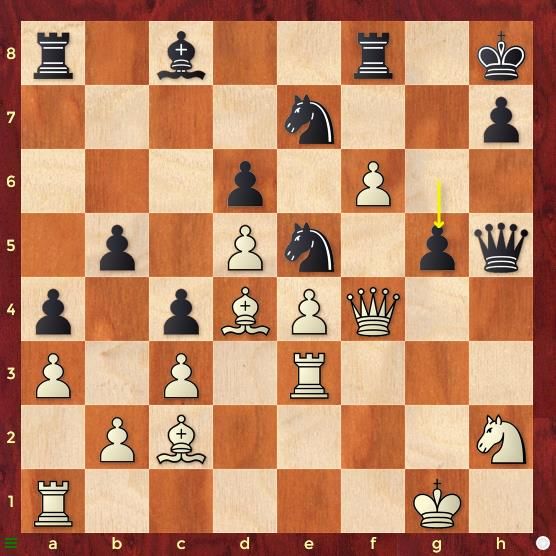 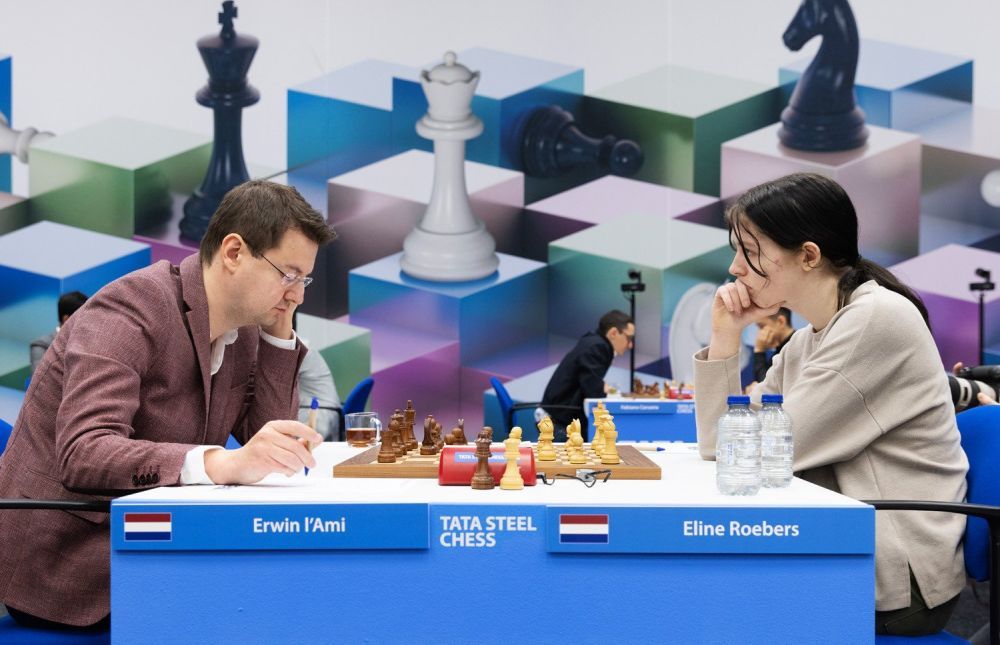 Players, Organizers and Spectators - Everyone is happy to be back and watch the world's best live in action in person | Photo: Jurriaan Hoefsmit/Tata Steel Chess Tournament 2023 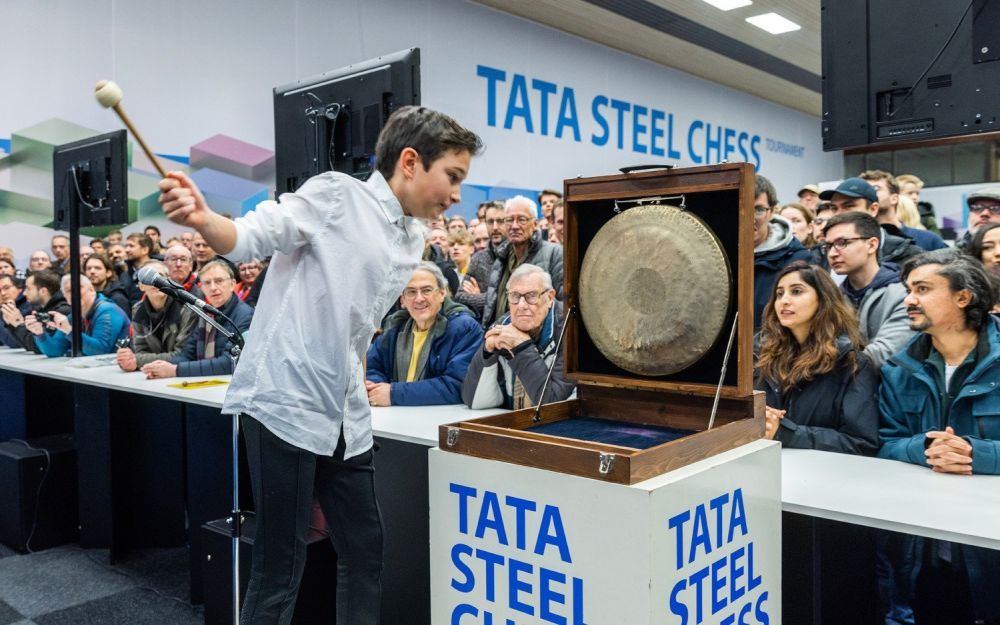 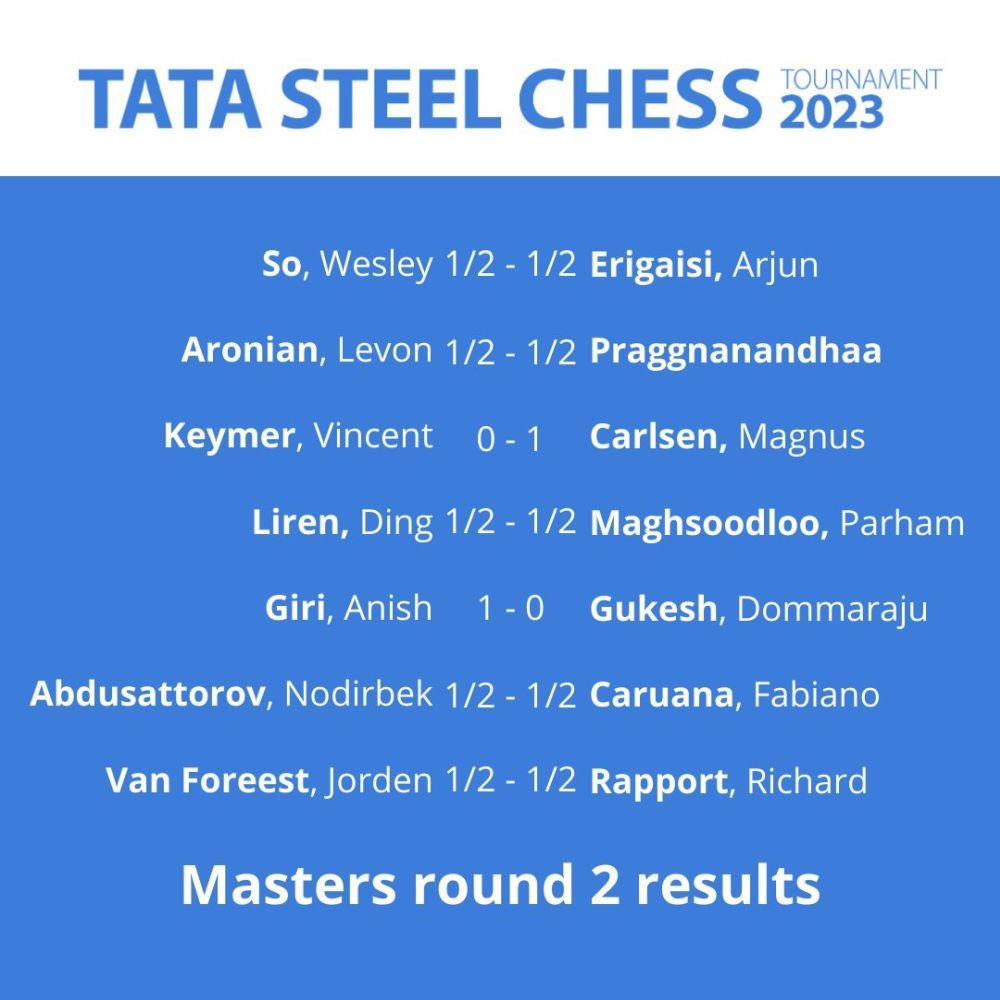 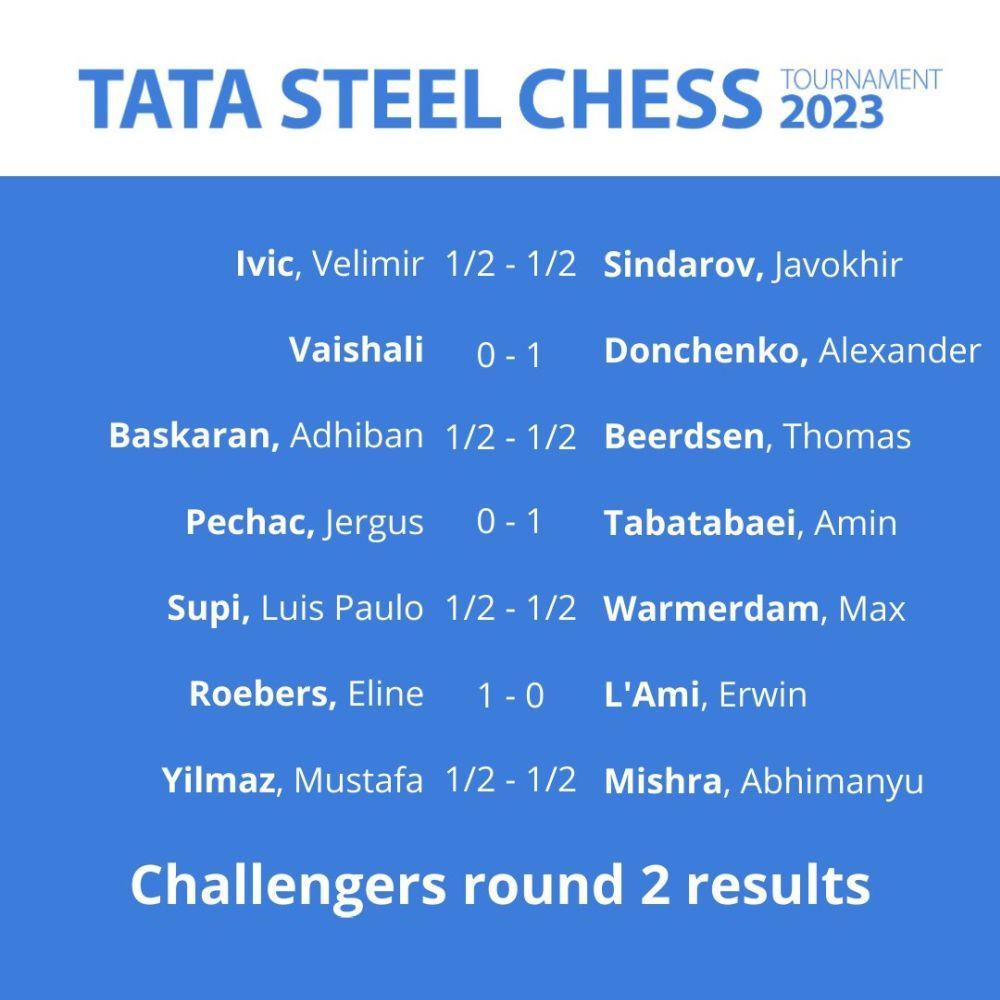 Donchenko, Tabatabaei and Eline were the three victors in the Challengers section | Photo: Official site

Four players are at 1.5/2 in the Masters section | Photo: Official site