Surya Shekhar Ganguly and Nihal Sarin, the two Indian Challengers at the ongoing Tata Steel Chess 2020 in Wijk Aan Zee, both registered impressive victories with black pieces yesterday. While the former showed his deep knowledge of opening and calculation prowess to beat Dinara Saduakassova, the latter edged out Max Warmerdam in a rook ending. Thus, after four rounds, Ganguly has emerged as the sole leader with 3.0/4 points and Nihal has climbed up to the joint second place on the leaderboard. In the Masters event Alireza Firouzja suffered his first loss in the hands of Wesley So, and Magnus Carlsen drew Jorden Van Foreest to surpass Sergei Tiviakov's record streak of 110 classical games.

Surya Shekhar Ganguly has taken sole lead after beating Dinara Saduakassova in the fourth round of the ongoing Tata Steel Challengers yesterday. Nihal Sarin too defeated the Dutchman Max Warmerdam and registered his first victory of the tournament to climb up the leaderboard. Thus, with a score of 3.0/4 points, Surya has pulled ahead of the rest of the field by half a point; while Nihal is on 2.5/4 along with Rauf Mamedov, Pavel Eljanov, David Anton Guijarro, and Erwin L'Ami. 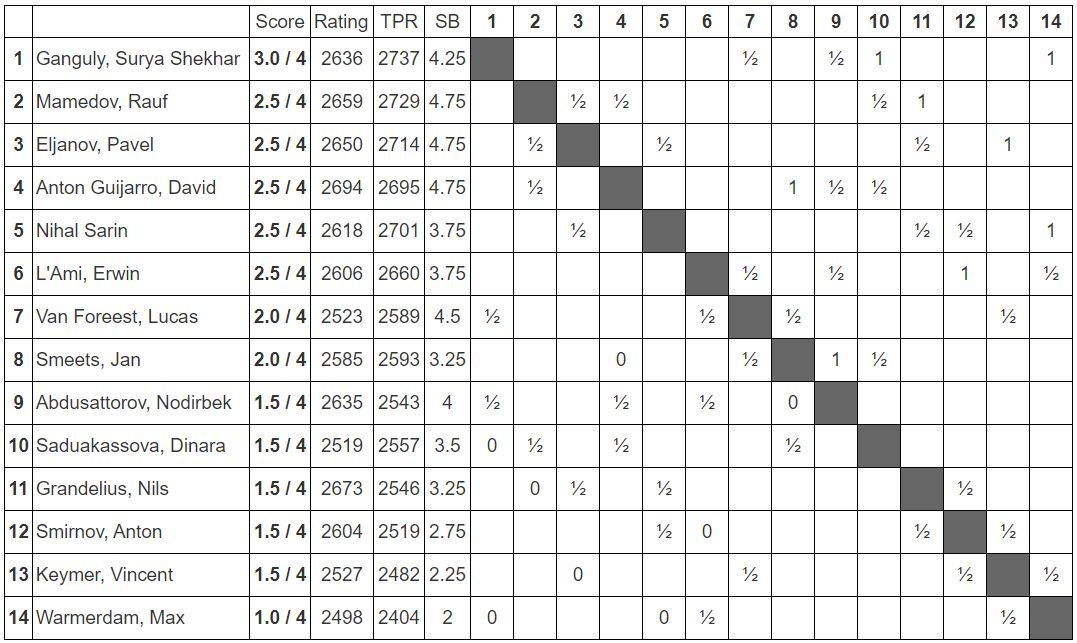 Standings of all Challengers after four rounds.

One of Surya's greatest forte is his ability to outcalculate his opponents in very complex positions. Yesterday once again it was his superior calculative prowess and as well as his deep opening preparation that helped him get the better of his Kazakhstani opponent. Although Dinara had the white pieces and found a comfortable position out of an Open Catalan but was soon driven into tricky waters. 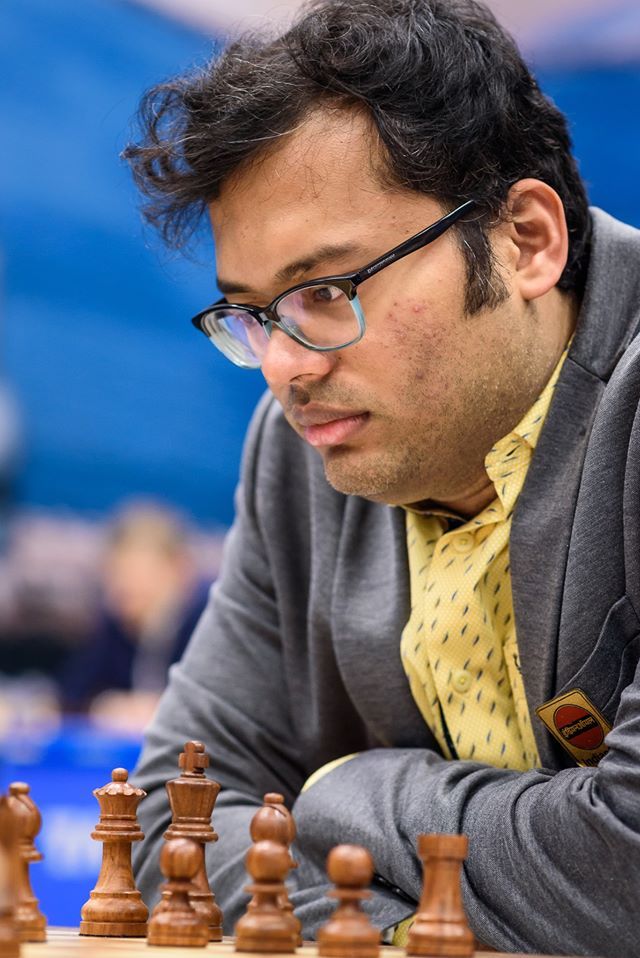 When you are playing Surya Shekhar Ganguly, you have to be both well-prepared and tactically sharp | Photo: Alina l'Ami 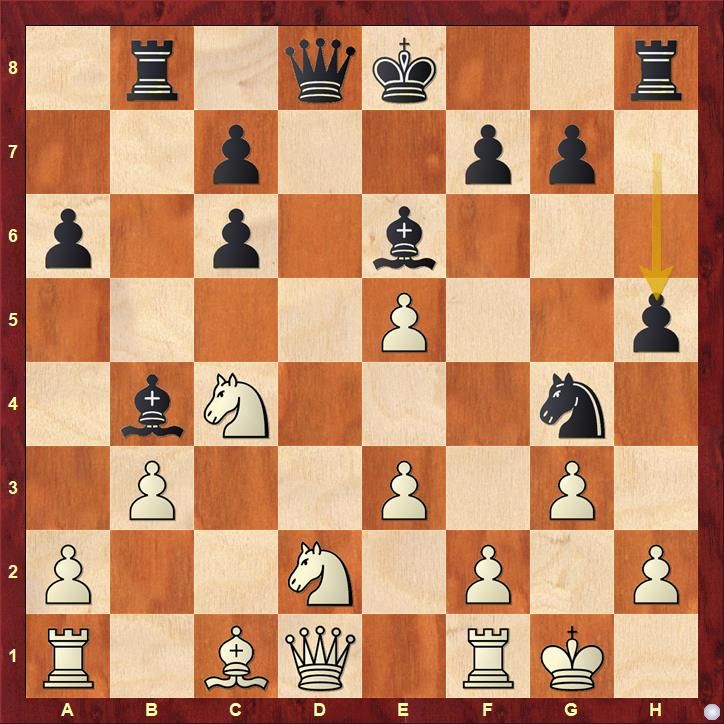 In the above position Black could have just played it "safe" by castling kingside but then White can simply go Bb2 and in the long run exploit the a1-h8 diagonal. Surya therefore came up with the ambitious move 13...h5 instead, preparing to generate counterplay and possibly put his bishop pair to better use. However, this also meant risking the safety of the black king on e8. 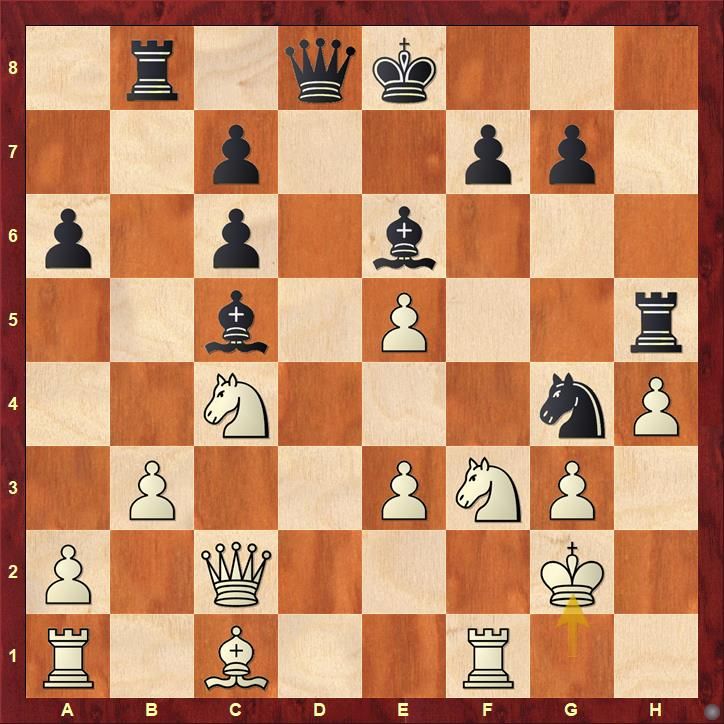 Fast forward a few moves, Black actually seems to have gotten into trouble with his king. In the above position, White is simply looking to play Bb2 and then bring the rooks to the center. What would you do here if you were in Black shoes? 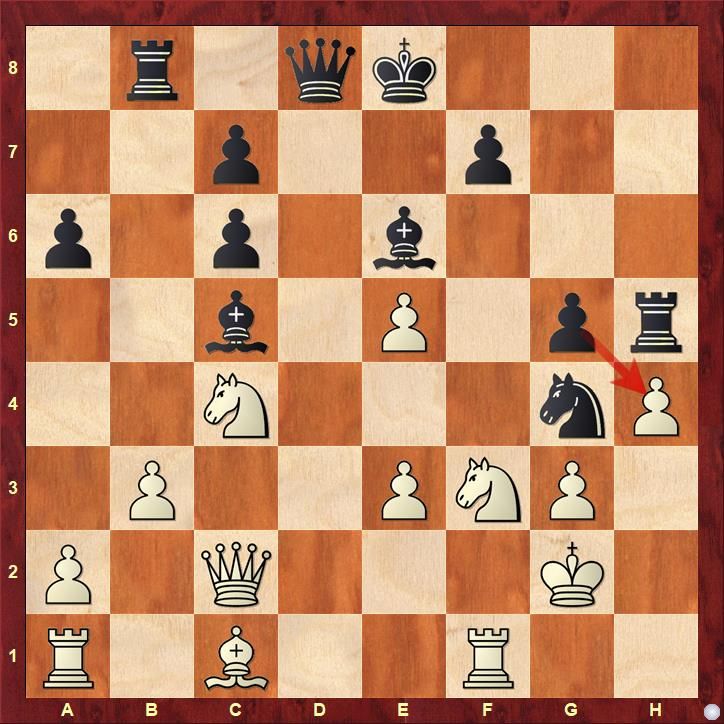 Active play is once again the key. Surya boldly lashed out with g7-g5 here and this was perhaps the only resource to maintain the balance.

The idea is obviously to blast open the h-file. Note that Nxg5 doesn't work here because Black has Qxg5 hxg5 Rh2+, also something like hxg5 Qd7 Nh4 Bd5+ is very pleasant for Black. The most testing move here would have been 19. Rd1! (see annotations) but Dinara missed this and erroneously went 19.e3-e4. 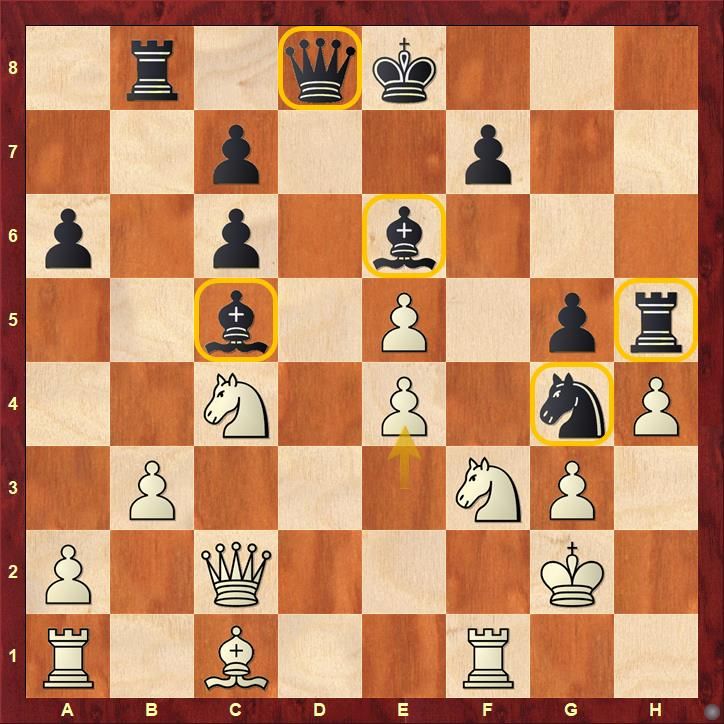 Position after e3-e4: Black is visibly better with all of his pieces except the b8 rook joining the kingside foray! 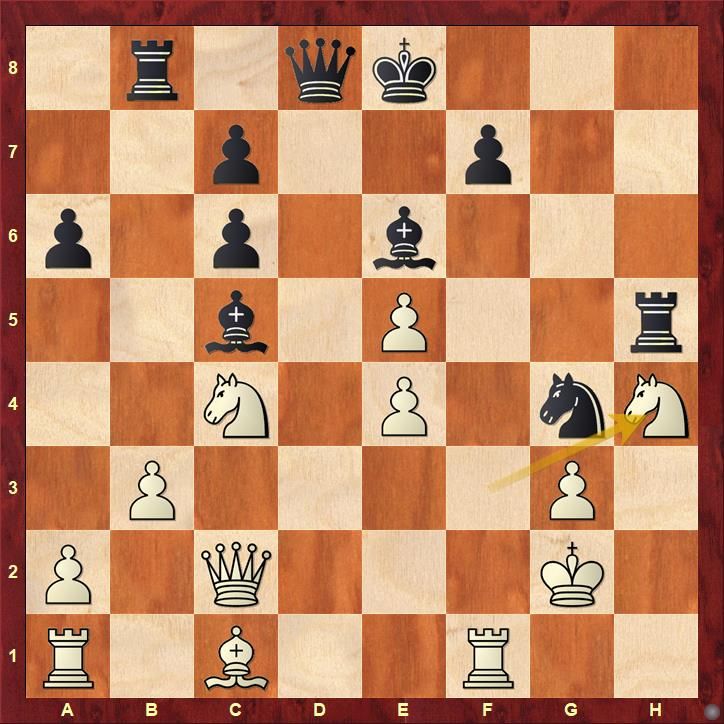 Next after 19...gxh4, White committed the decisive mistake of taking the h4 pawn with the knight. Now can you guess what Black played here? 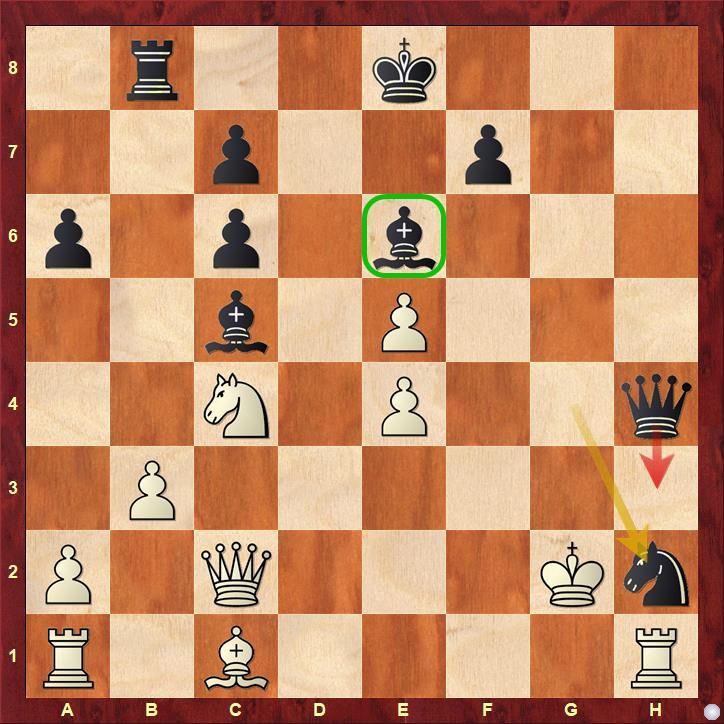 Finding Nh2 was critical in the above combination for any other move hands over the advantage completely to White!

Nihal Sarin, the other Indian in the Challengers group, also clinched a nice victory against the Dutch chess player Max Warmerdam. The 15-year-old, who adopted the Caro-Kann with black pieces, said after the game that he got caught in the opening a bit but successfully managed to create chances afterwards.

Nihal registered his first victory in the tournament by beating Max and now has a score of 2.5/4 points | Photo: Alina l'Ami

Max conceded some weaknesses in terms of his pawn structure which later, when the position simplified into a rook ending, proved hard to defend. Nihal showed good technique and managed to force a clean victory in just 38 moves.

Speaking of the Masters now, Alireza Firouzja's run was halted yesterday by Wesley So, who has now wrested the sole lead from the 16-year-old with 3.0/4 points. The other decisive result of the day came from Vladislav Artemiev versus Vladislav Kovalev where the former registered a fine victory and bounced back from his last round's defeat. 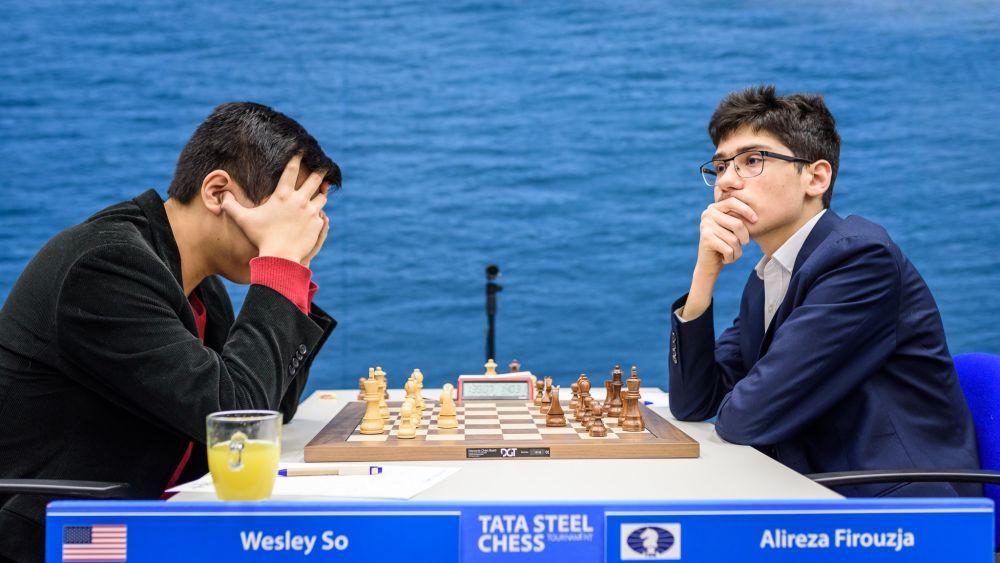 Wesley So and Alireza Firouzja in action | Photo: Alina l'Ami

Wesley So - Alireza Firouzja, Round 4 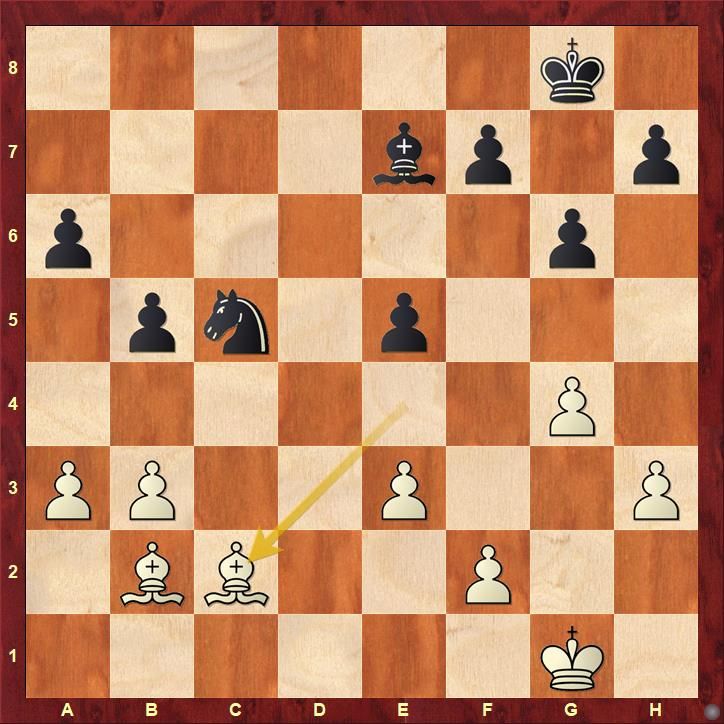 Alireza chose the Queen's Gambit Accepted as his opening with Black and found himself in an unpleasant minor pieces ending where Wesley enjoyed the bishop pair. The position above is perhaps objectively only slightly better for White but in practical terms not at all easy for Black to defend. A move like 30...Bf6 or 30...f6 could have been played here but Alireza erred with 30...e4 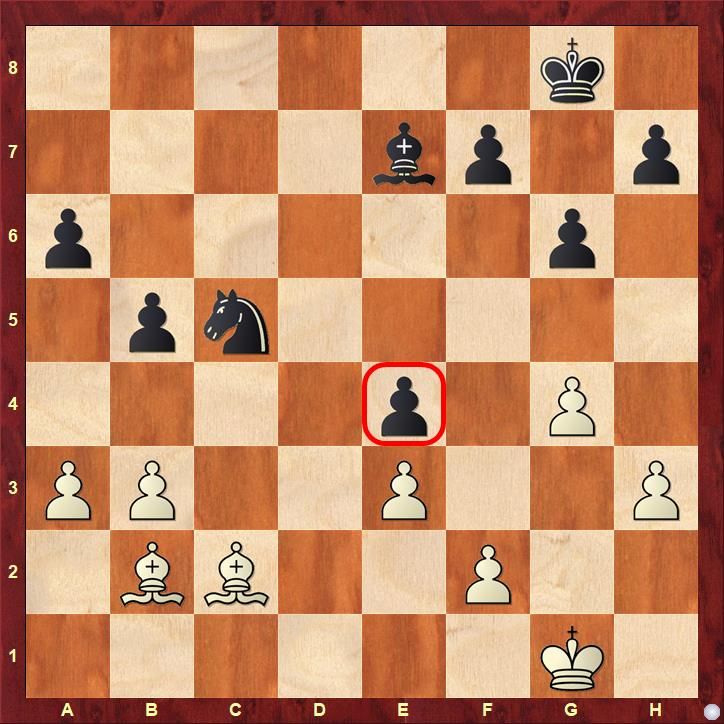 The pawn on e4 is now too far away to be safe! 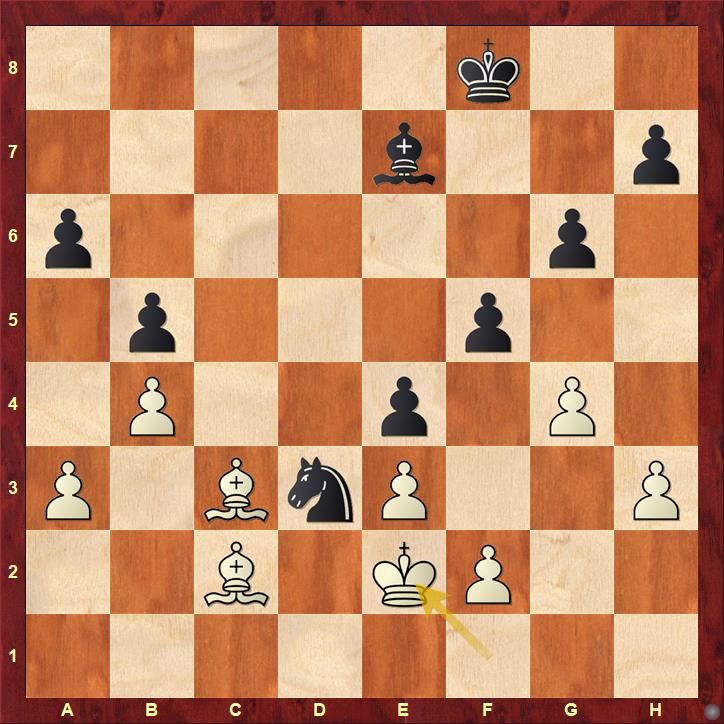 Wesley immediately took advantage of this with 31.b4 followed by Kf1-e2. Black was now losing the e-pawn for sure. Alireza effectively lost control hereafter and allowed the white king to infiltrate the queenside and pick up a few more pawns there. 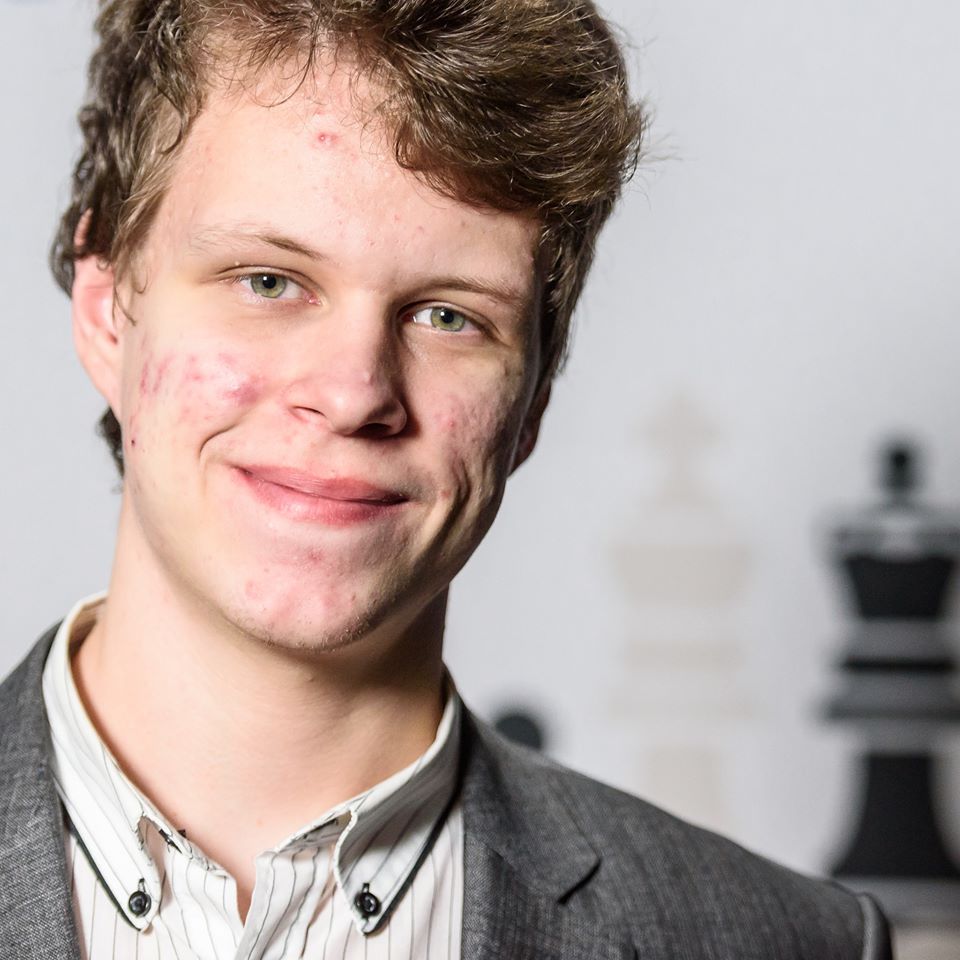 Vladislav Artemiev exploited a simple tactical blunder by Vladislav Kovalev to win his fourth round game and is now on 2.5/4 along with four others | Photo: Alina l'Ami 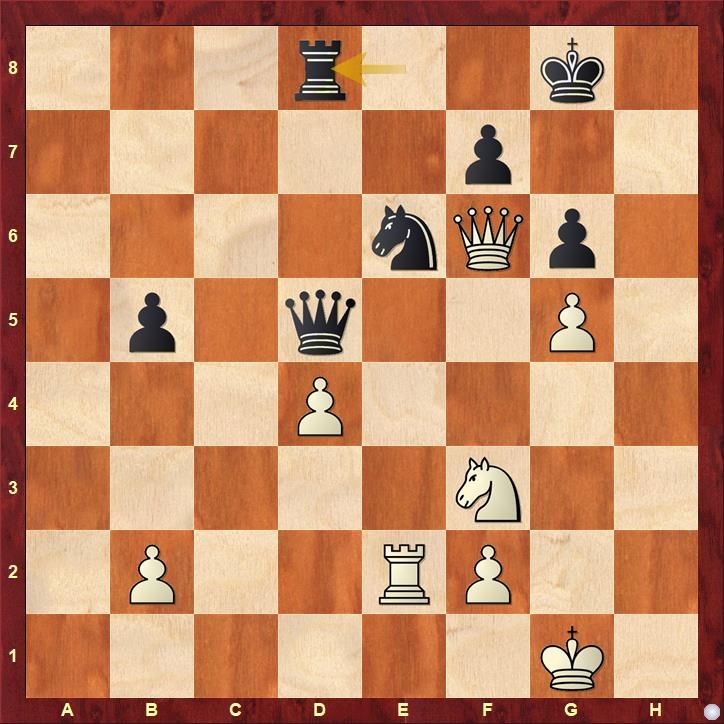 Can you see what Kovalev missed when he played Re8-d8? Check out the full game below for the answer! 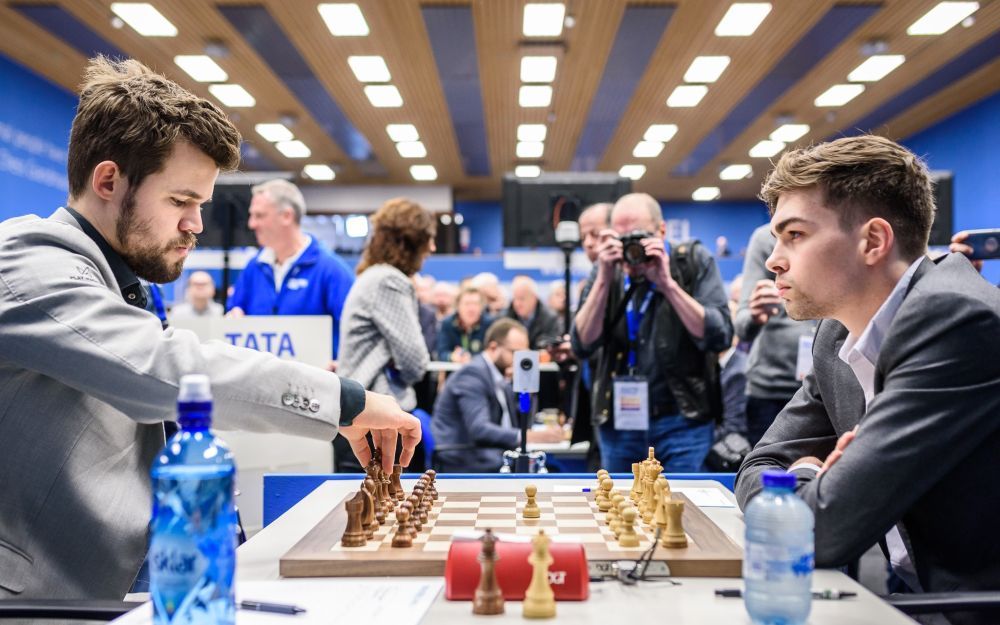 The game between Magnus Carlsen and Jorden Van Foreest ended in a draw and with this the World Champion has now remained unbeaten for 111 classical games, thus breaking Sergei Tiviakov's record | Photo: Alina l'Ami 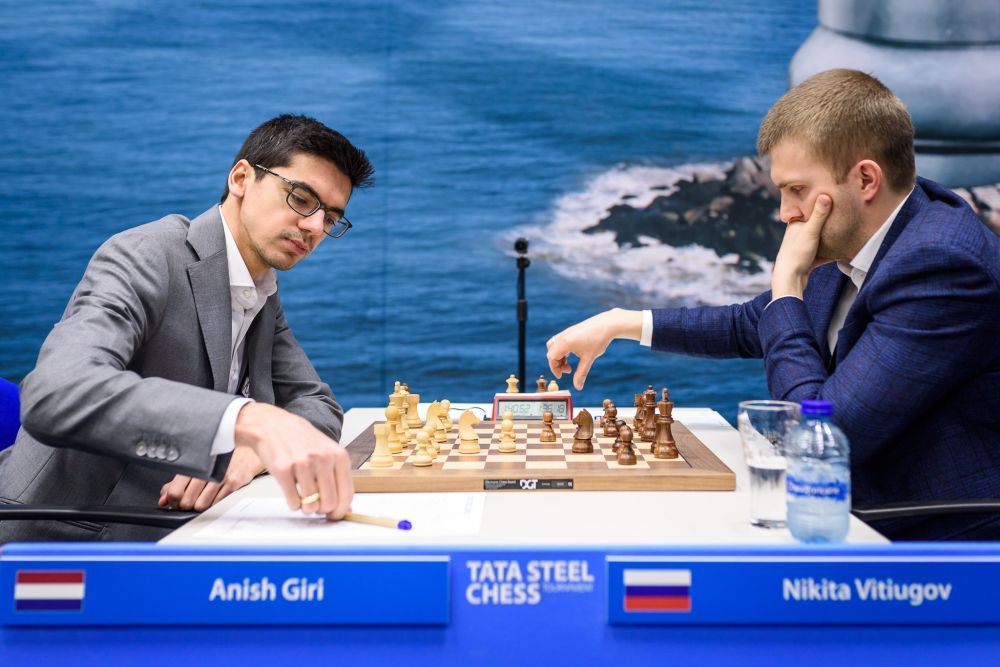 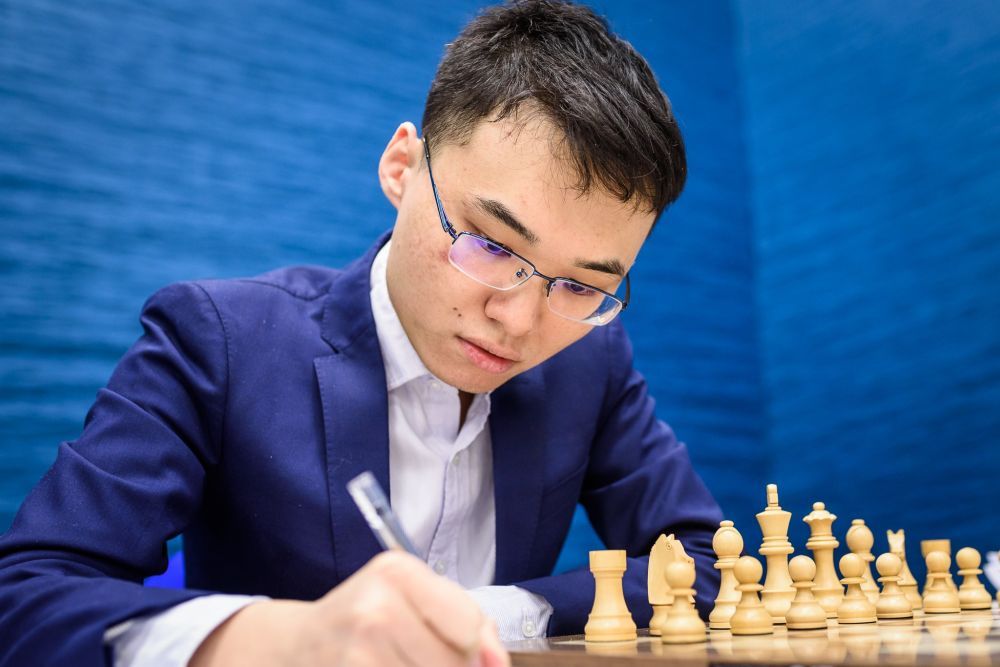 Yu Yangyi too was held to a solid draw by Vishy Anand in the Queen's Gambit Declined | Photo: Alina l'Ami 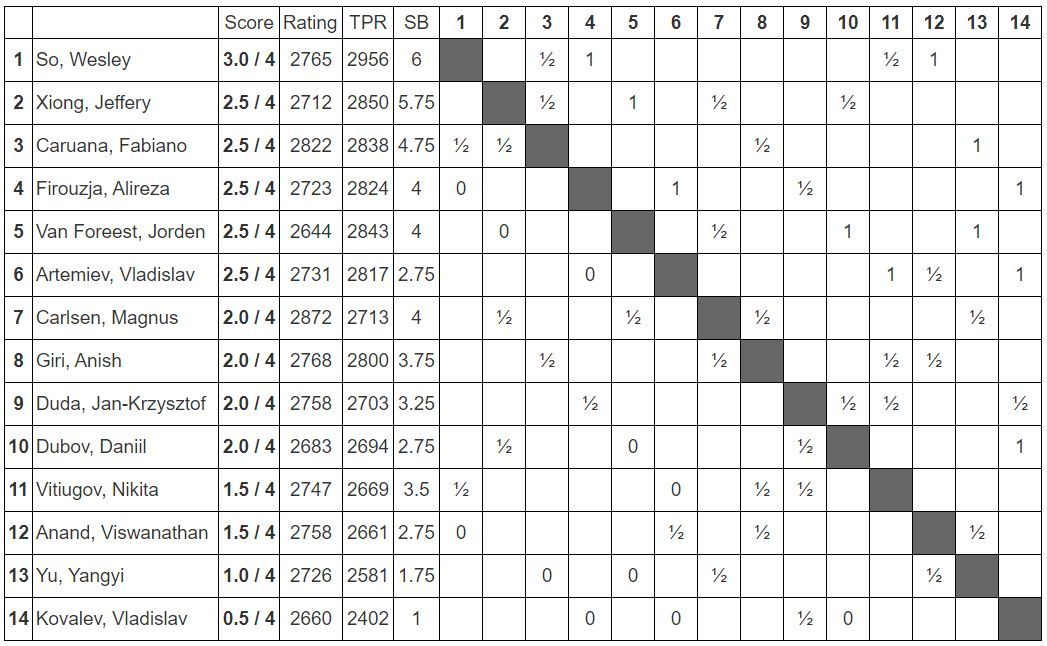 Standings of all Masters after four rounds.

The fifth round of the event will be played on Thursday in the PSV stadium, the "Chess on Tour" destination in Eindhoven. The round will begin at 6:30pm IST, we give you the pairings below | Photo: Official site