Nihal Sarin scored 2.5/3 on the second day to become the sole leader 4.5/6 at Tata Steel Chess India 2022 Rapid. The 18-year-old won against Gukesh and Sethuraman, drew with Wesley So, to stay a full point ahead of the competition. His close friend Arjun Erigaisi and previous day leader, Shakhriyar Mamedyarov (AZE) are at 3.5/6 each. Both of them started their day with a loss. Hikaru Nakamura scored 2.5/3 to jump from ninth to fourth place. Vidit Gujrathi scored his first win of the event against Nodirbek Abdusattorov who suffered two consecutive defeats in round 4 and 5, before he defeated Sethuraman S P. Round 7 starts tomorrow at 4 p.m. IST. Photo: Lennart Ootes

The second day witnessed ten out of 15 decisive games, first five happening in the fourth round itself. If this is a sign of things to come, brace yourselves for a thrilling final day of Rapid tomorrow. Will Nihal win his first super tournament? Can Arjun defend his title? Or will Nakamura have something to say about it? Only a few hours left for all that to be unanswered.

Nihal Sarin is bound to be full of smiles after the day he had | Photo: Lennart Ootes

Round 4: Only decisive games

The fourth round witnessed five decisive games. Out of all wins, Vidit Gujrathi's (2662) triumph over the reigning World Rapid champion, Nodirbek Abdusattorov (UZB, 2676), was the mos thrilling one. Previously they had played only one rapid rated game ever which was also won by Vidit in 2019. 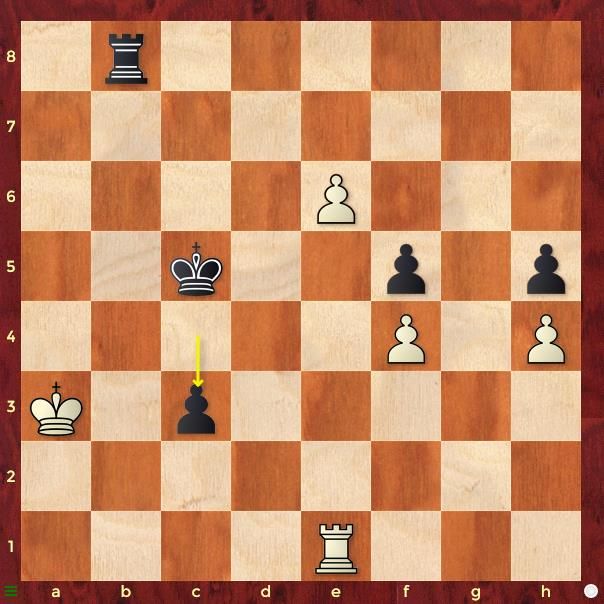 The rook endgame with both sides having a passed pawn is certainly not an easy race to calculate, especially when you have less time on the clock. White played 54.Re2 and went on to lose the game. It is well-known by now that Vidit is extremely at these endgame, his theoretical knowledge is impeccable. Try to figure out what White needed to do to save the game. 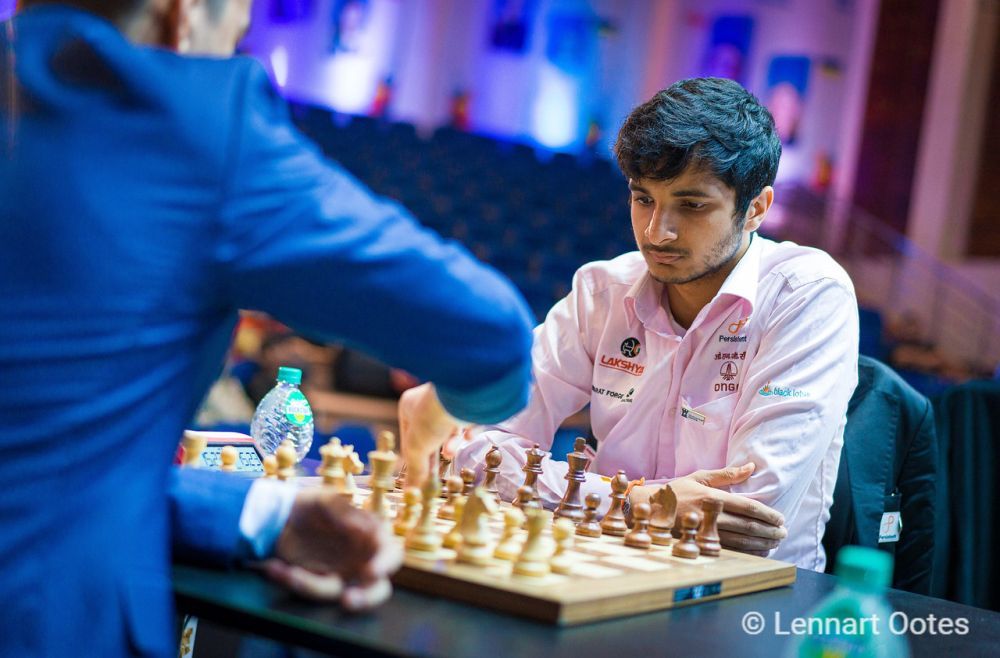 Round 5: Gukesh and Nihal score

Shakhriyar Mamedyarov (AZE, 2747) uncharacteristically missed his tactical shot after aiming for it against Arjun Erigaisi (2628). 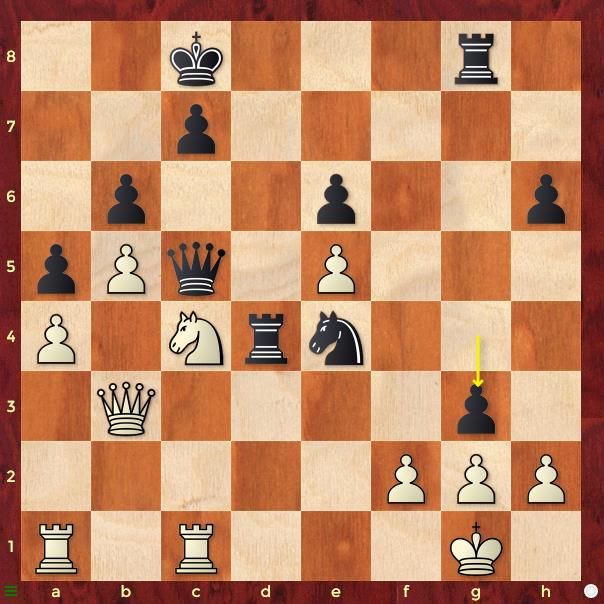