Tata Steel R07: The grind of a future World Champion

The 16-year-old Alireza Firouzja continued his sensational run in the seventh round of Tata Steel Chess 2020, registering a powerful win against America's Jeffery Xiong and stunning the star-studded field by emerging as the new sole leader. The clash between Magnus Carlsen and Vishy Anand, the two World Champions, ended in a hard-fought draw, while elsewhere Fabiano Caruana and Jorden Van Foreest kept up their good forms by beating Daniil Dubov and Nikita Vitiugov respectively. In the Challengers group, Nihal Sarin bounced back with a sublime positional victory over Dinara Saduakassova. We bring you an illustrated report from Wijk Aan Zee.

Alireza Firouzja is not just a strong player but also a tenacious fighter. The way he squeezed out his win against Jeffery Xiong in the seventh round of the ongoing Tata Steel Masters is a testament not only to his ability to win games but also his ability to grind. Jeffery himself is one of those strong up-and-coming talents in the world of chess and by no means is he an easy opponent to face, yet Alireza yesterday seemed quite clearly to be a notch ahead of him. In 2018 Ivan Sokolov, the coach of the Iranian National team, had revealed in an interview that he sees world champion material in Alireza and indeed only a year after that the 16-year-old is already setting the stage at the very highest levels to fire. 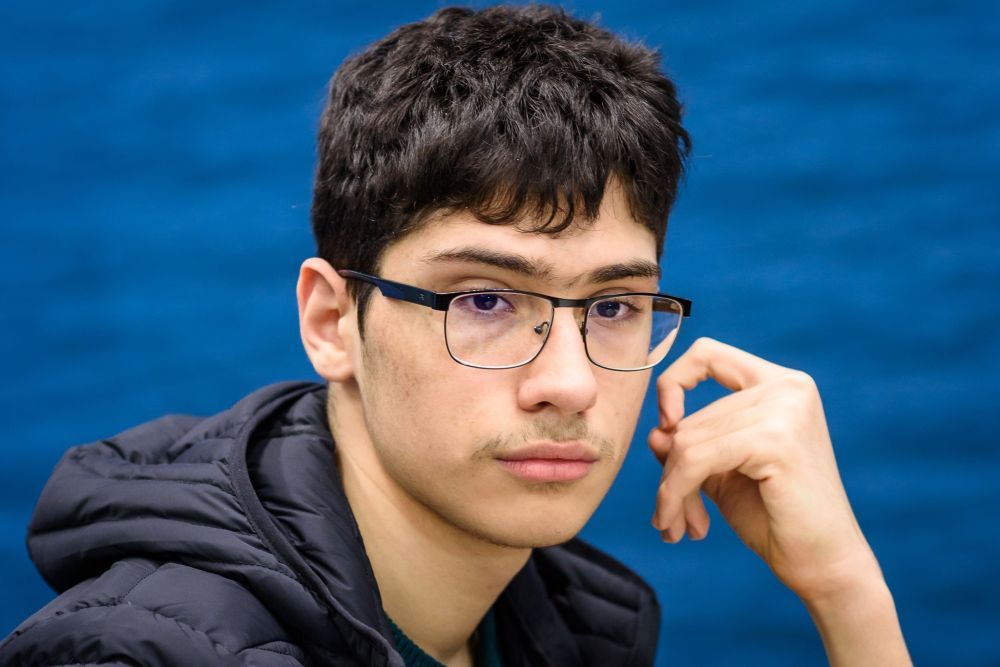 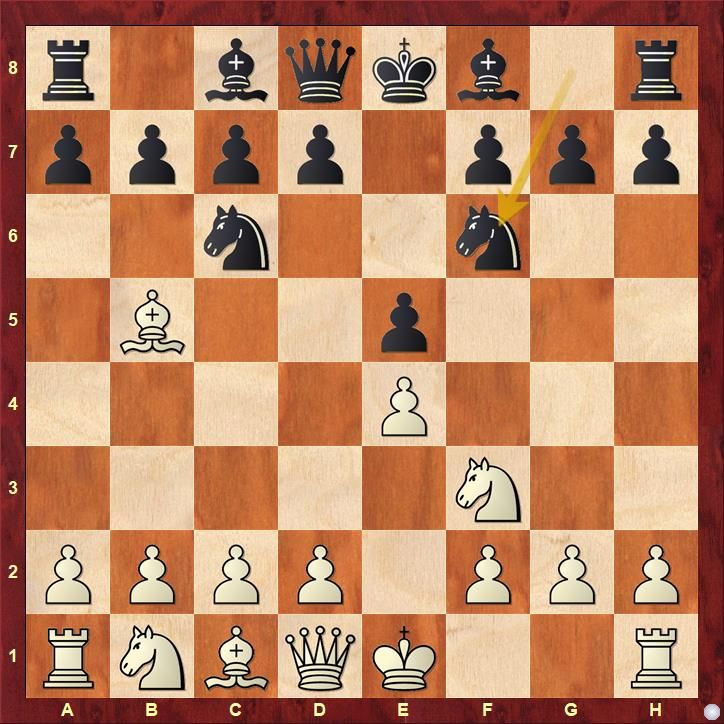 Jeffery chose the Berlin with the black pieces and Alireza of course avoided liquidating into any endgames and maintained the tension with 4.d3 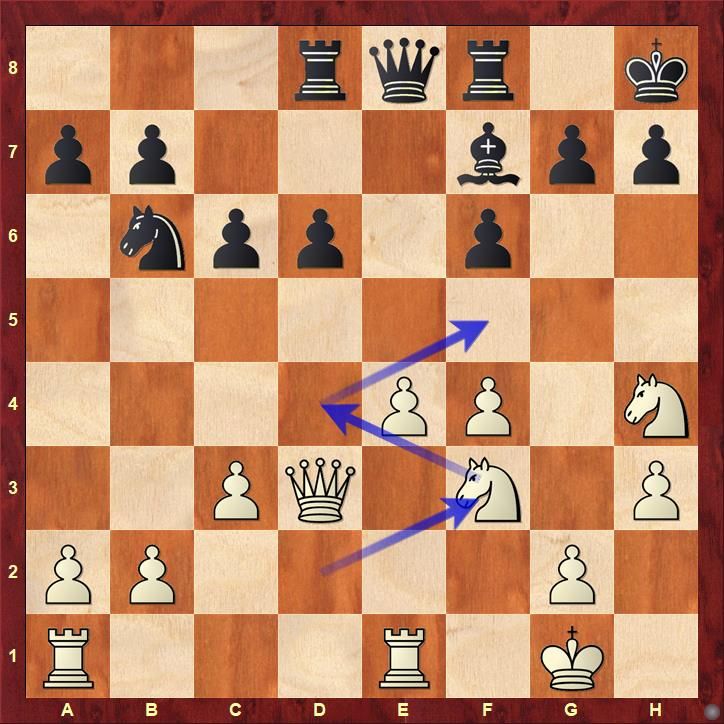 By 20.Ndf3 the position was equal but White was enjoying better space and was looking to maneuver his knight to f5. 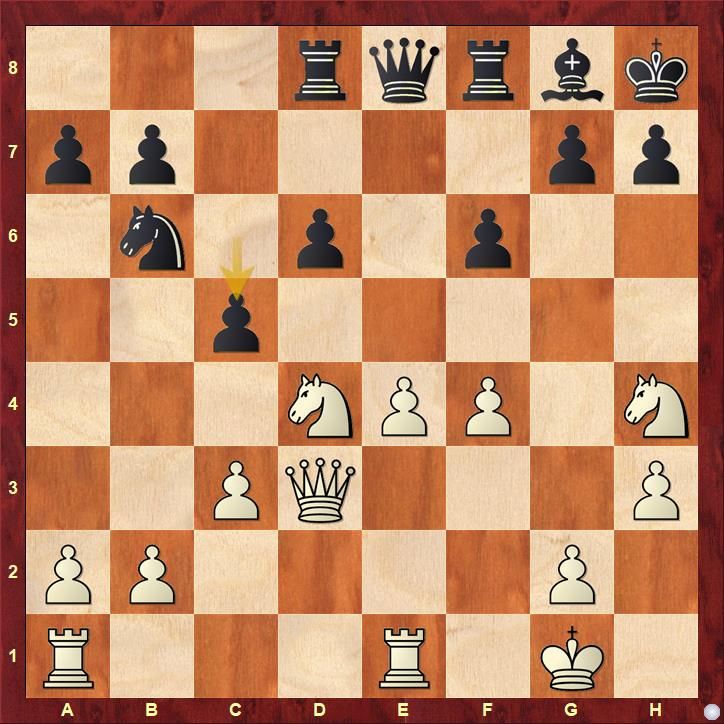 Black had to get something going in the above position and so he played the move 21...c5, the problem with this was obviously the fact that now the pawn on d6 was backward and could become an easy target.

Note that Black has to react in some way in this position otherwise White can create some serious trouble with Ndf5 Rad1 potentially following it up with an e5 break. But probably a more logical plan here could have been 21...Na4 22.Qc2 Nc5 which hits at e4 and directly challenges White's expansion in the center. 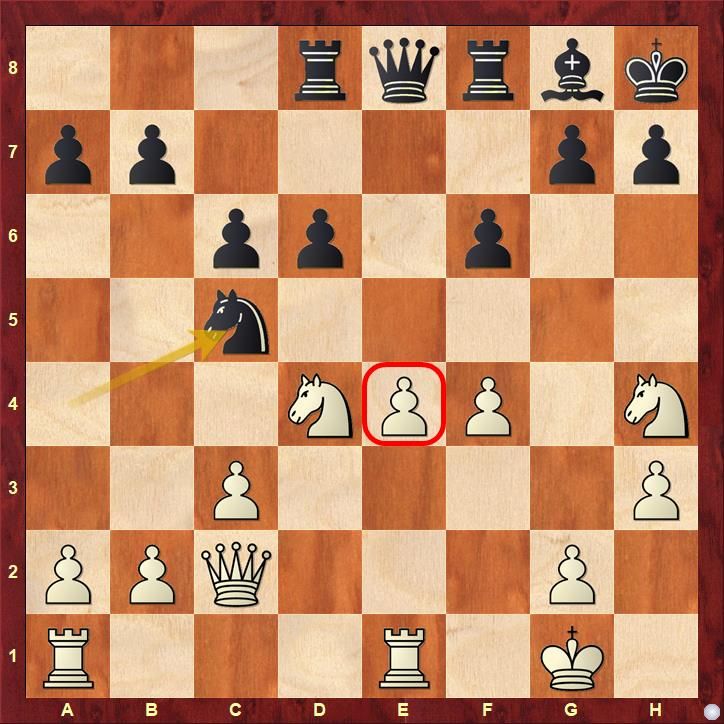 Na4-Nc5 could have been a useful maneuver for Black. 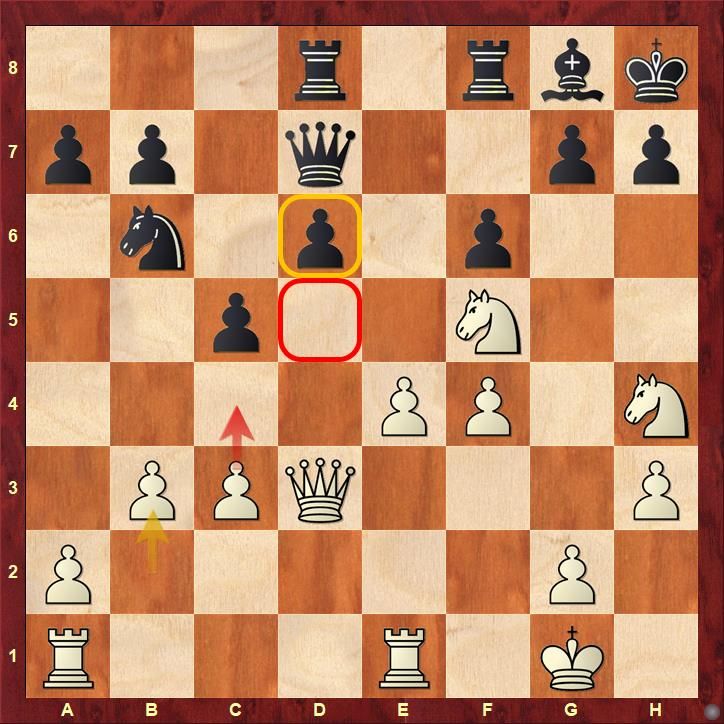 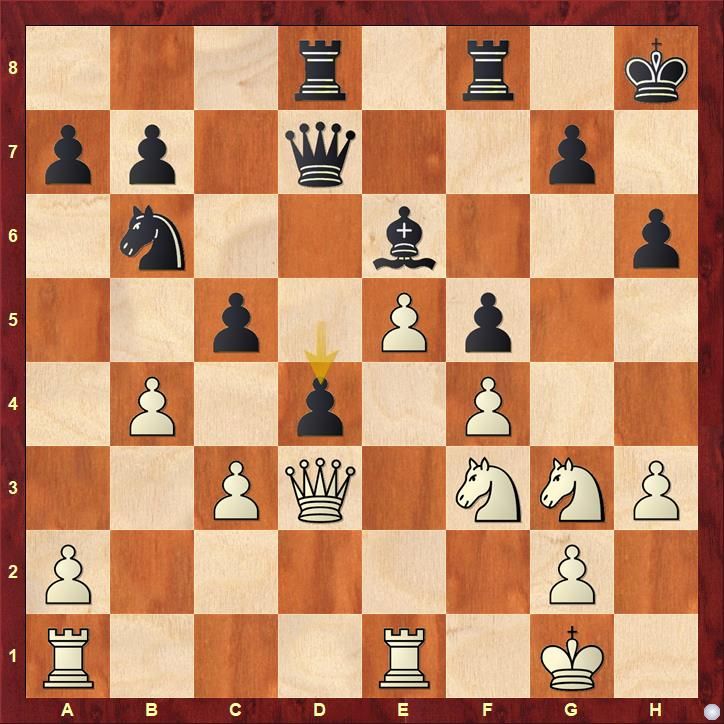 Position after 27...d4: There's a lot of tension pent up in the center. Who do you think is better here? 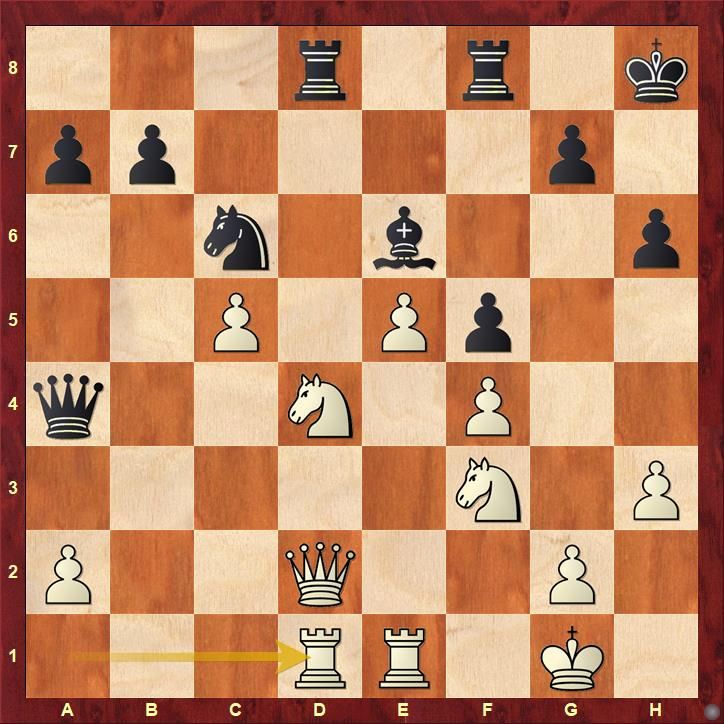 Black grabbed the a2 pawn in the above position but allowed the critical e5-e6 push. Soon mass exchanges followed and White grabbed an extra pawn thanks to the excellent knight on d4! Needless to say Alireza converted the rest of the game effortlessly with very good technique. 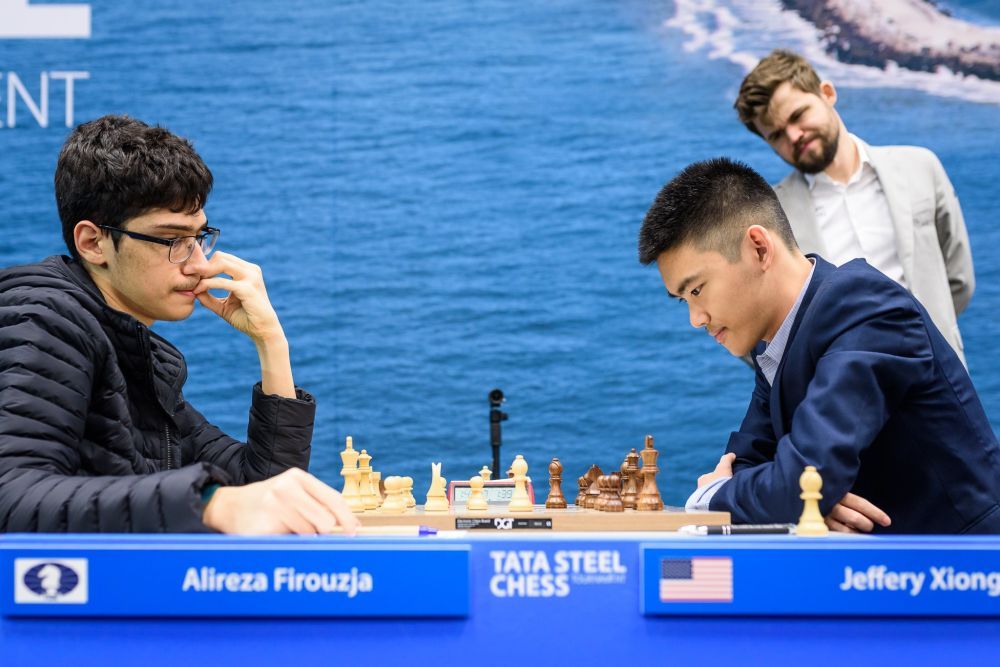 Alireza has Jeffery on the ropes as Magnus Carlsen looks on! Replay the full encounter below | Photo: Alina l'Ami

Even though Alireza is yet to face some of the big titans like Carlsen, Caruana, and Anand, the fact that he is the sole leader after more than half of the rounds in the event are over is quite exceptional in itself. In the eighth round he faces the Dutch player Jorden Van Foreest who too has been having a good tournament so far. 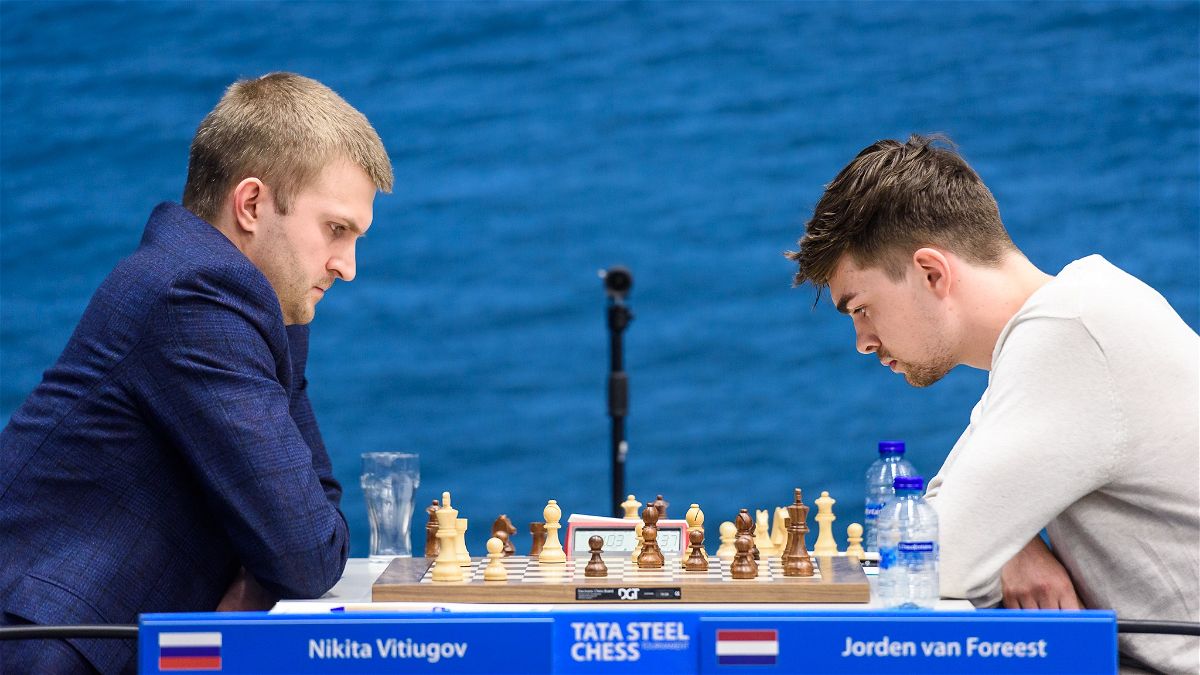 Jorden Van Foreest defeated Nikita Vitiugov in round seven yesterday and is only half a point behind Firouzja along with Wesley So and Fabiano Caruana | Photo: Alina l'Ami 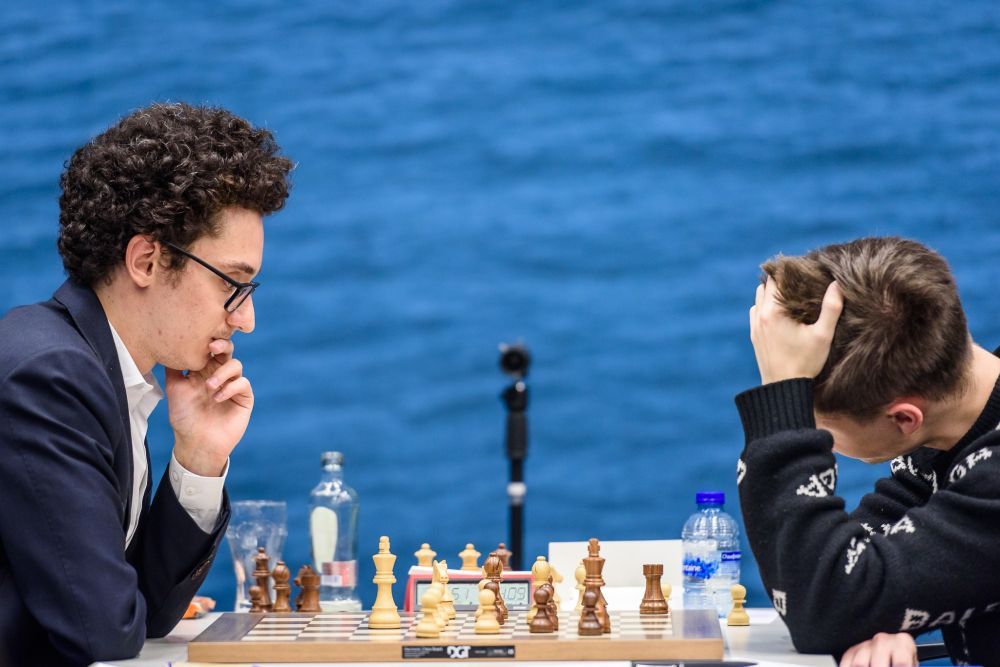 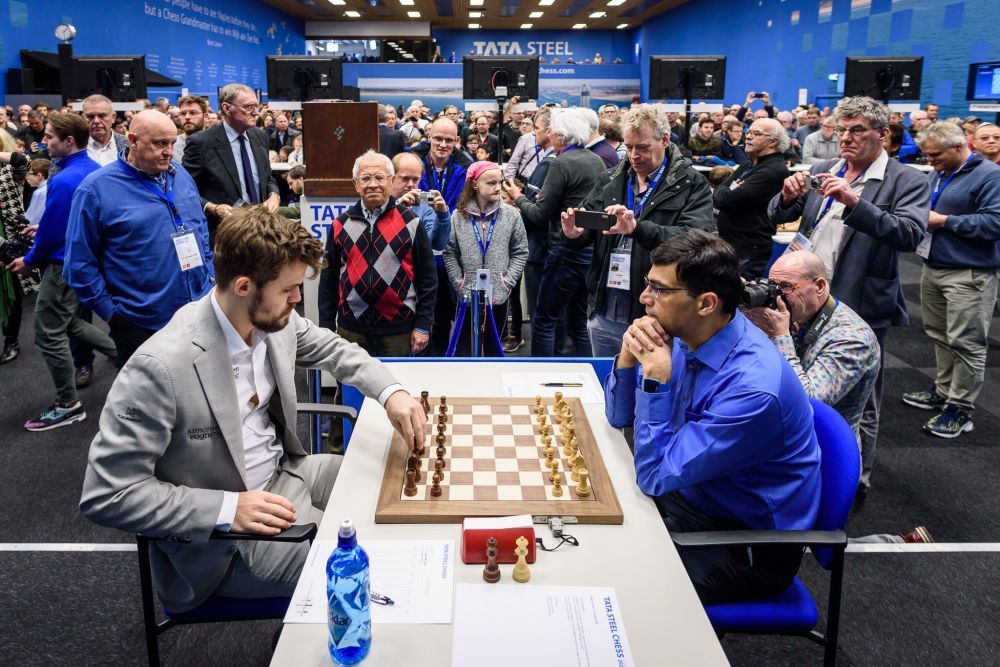 The seventh round of Tata Steel Masters saw Magnus Carlsen and Vishy Anand, the former and the current World Champion, pitted against each other. Vishy had the White pieces and got some chances when he managed to create a pair of passers on the queenside. But the ever solid Magnus defended well and forced a draw | Photo: Alina l'Ami 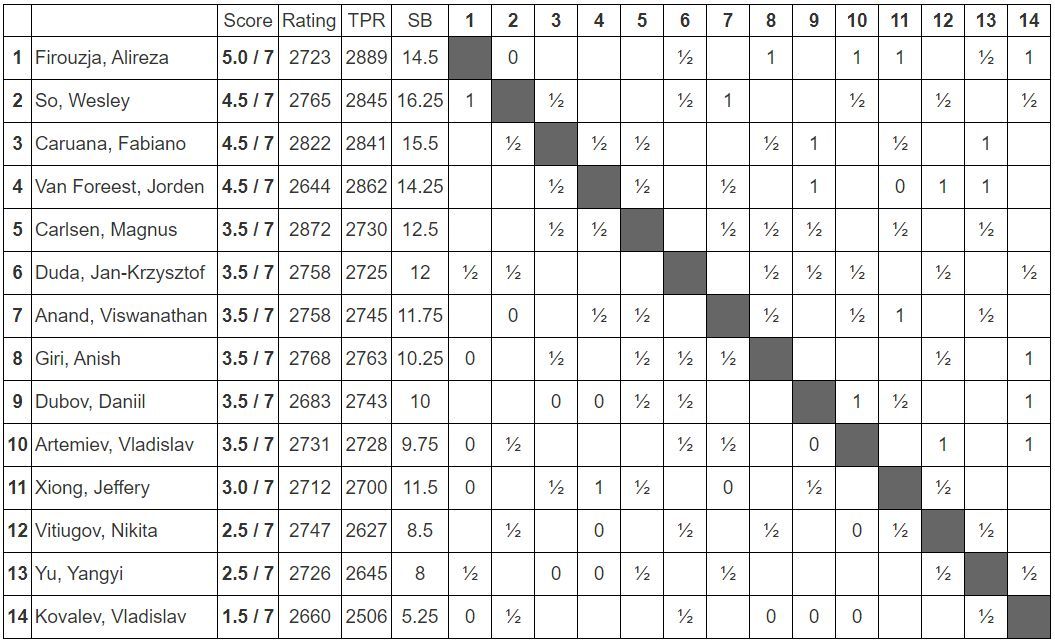 Standings of all Masters after seven rounds.

In the Challengers group Nihal Sarin beat the Kazakhstani International Master Dinara Saduakassova in the seventh round. With this victory the Nihal has now moved to 4.0/7 and has only three players, namely Pavel Eljanov, Erwin L'Ami, and Surya Sekhar Ganguly ahead of him. The fifteen-year-old played in his characteristic positional style against Dinara, managed to cripple her pawn structure and simply get into a better endgame avoiding any tactical complications whatsoever. 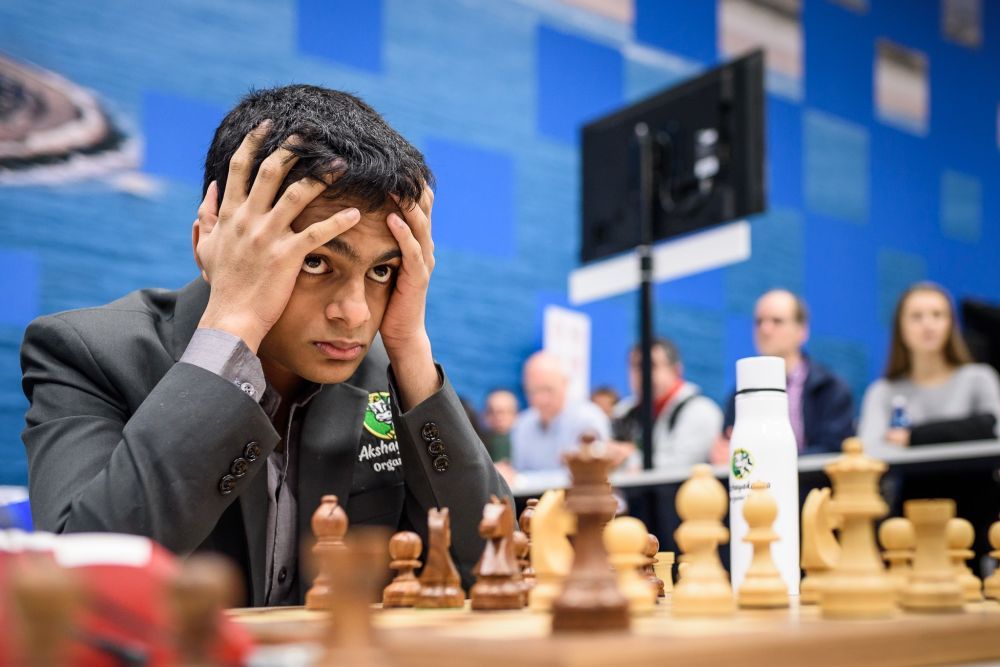 Nihal, much like Capablanca, is a master of simplicity. Give him a small positional edge and he will squeeze out a win no matter what! | Photo: Alina l'Ami 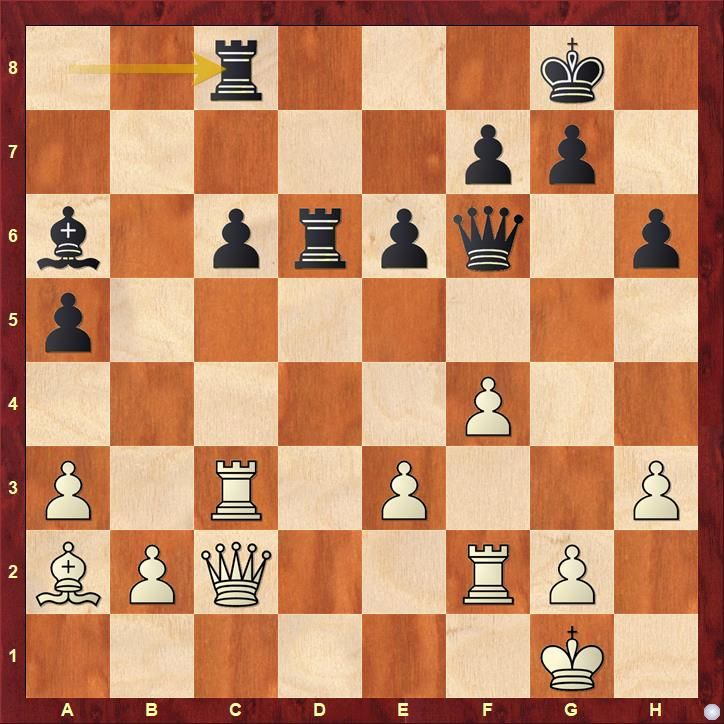 Position after 21...Rc8: Can you guess how White continued from above? Let's see if you can play like Nihal!
IM Sagar Shah explains Nihal's sublime positional win in the video above! 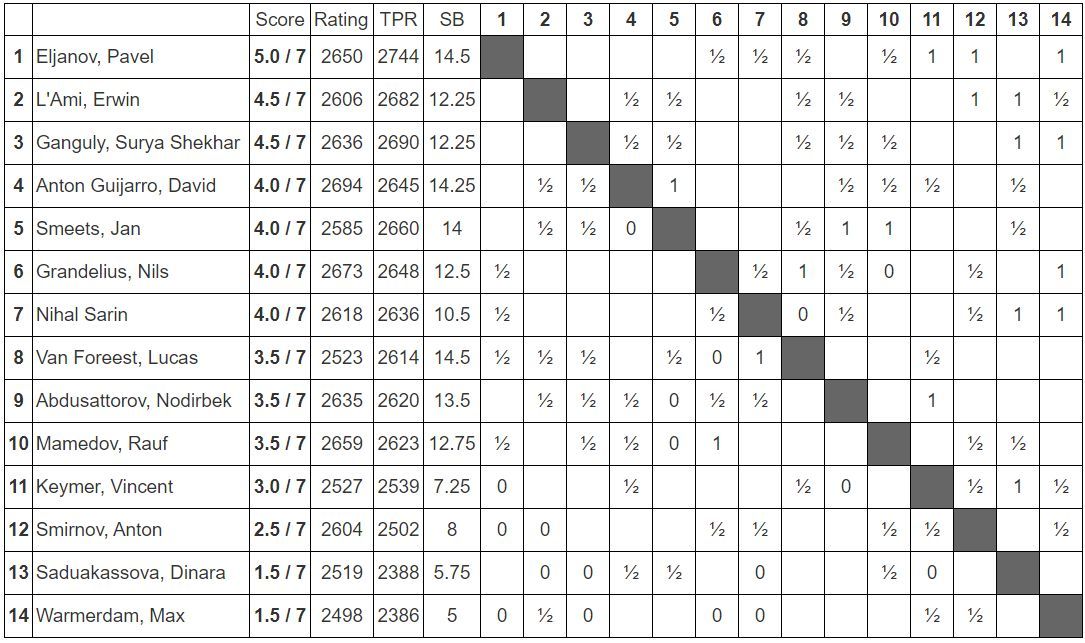 Standings of all Challengers after seven rounds.